First part of my personal tick-list of things to do and to see in the New York City – I hope you’ll enjoy it!

New York City might not be my favorite city in the world because London and its lifestyle has spoiled me too much, but I don’t dare to deny its vibes and various attractions it offers. Here goes the first part of my personal tick-list of things that expose Big Apple from various sides and might help you to enjoy your trip! And don’t forget to check the second part too!

What would you choose for yourself out of this list?

Btw, I’m also writing a blogpost about my favourite museums – subscribe if you haven’t done it yet! 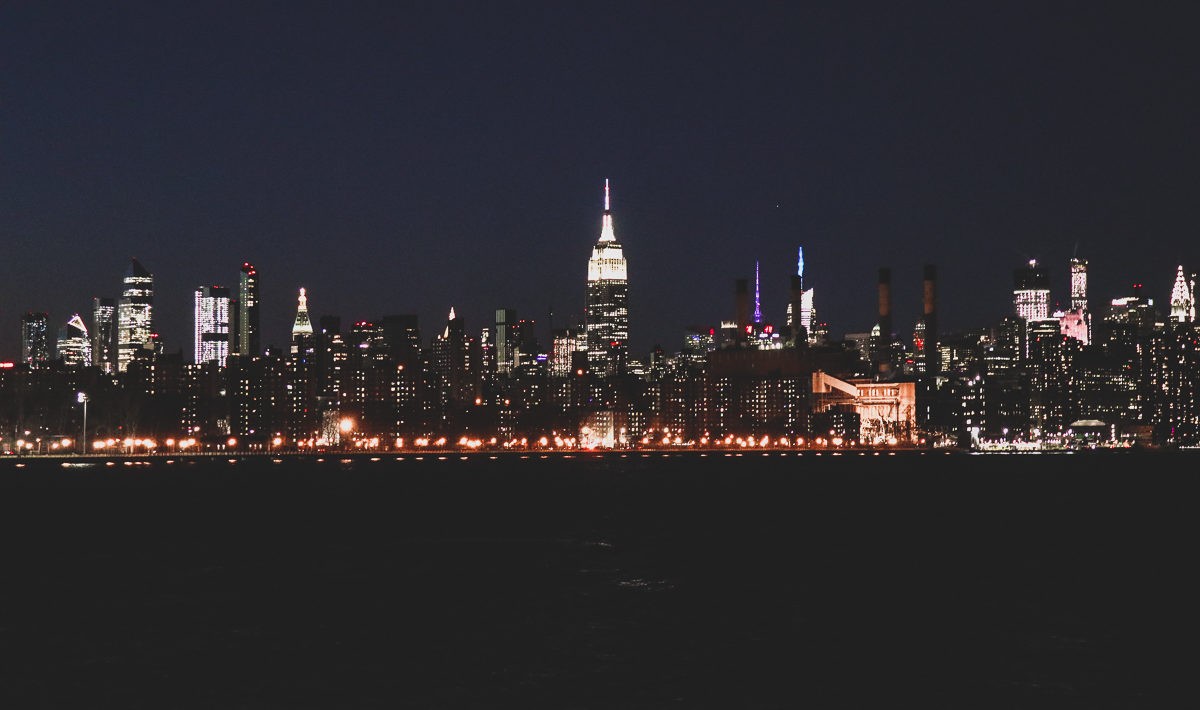 Disclaimer: The order is absolutely random, I don’t prioritise N1 over N30!

1 Get stunned by St Patrick’s cathedral

If you walk along the Fifth avenue there is no chance you will miss this glorious Neo-Gothic building, the largest of its kind in North America. Its construction was finished in 1878 which of course makes it quite new compared to European cathedrals that stand high for many centuries but as most other landmarks in the NYC, they are defined not by their age but by the scale of grandeur. A total must visit.

2 Learn about the history of New York City

NYC is comparably quite young however its life was extremely eventful. To learn how the city was shaped by various incidents, people and influences, I would suggest you to go to the Museum of the city of New York and Skyline museum. 9/11 memorial and Ellis Island as mentioned in the first part of my blog are extremely important as well. 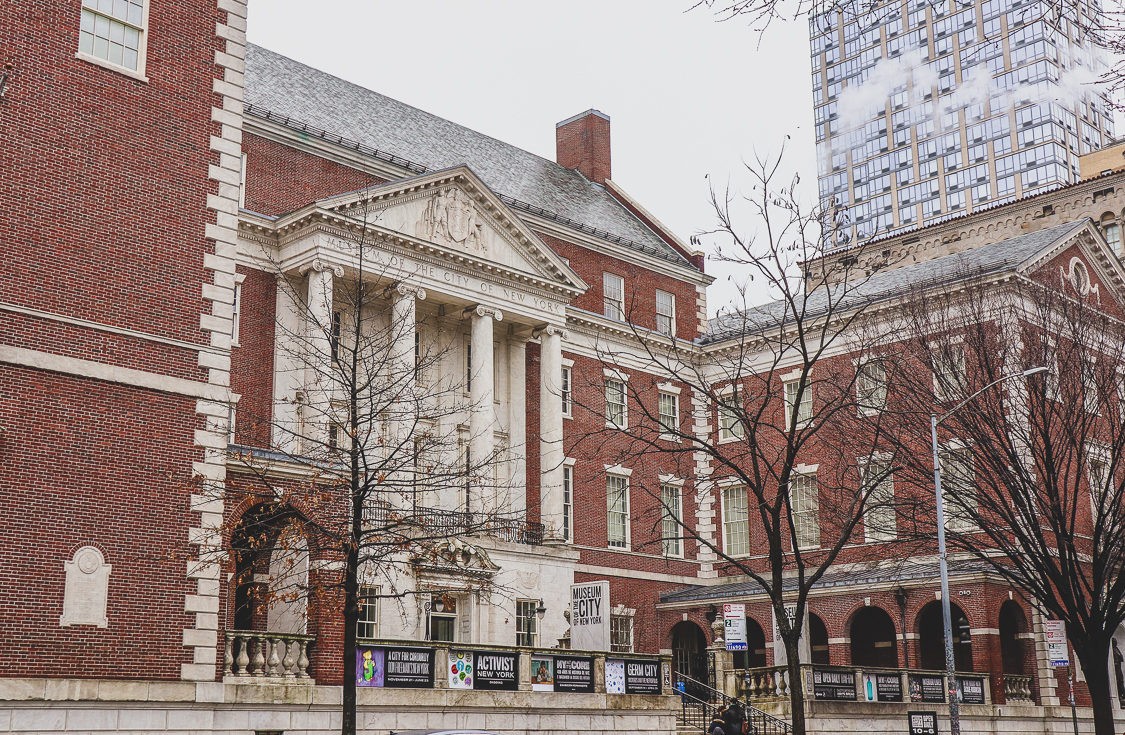 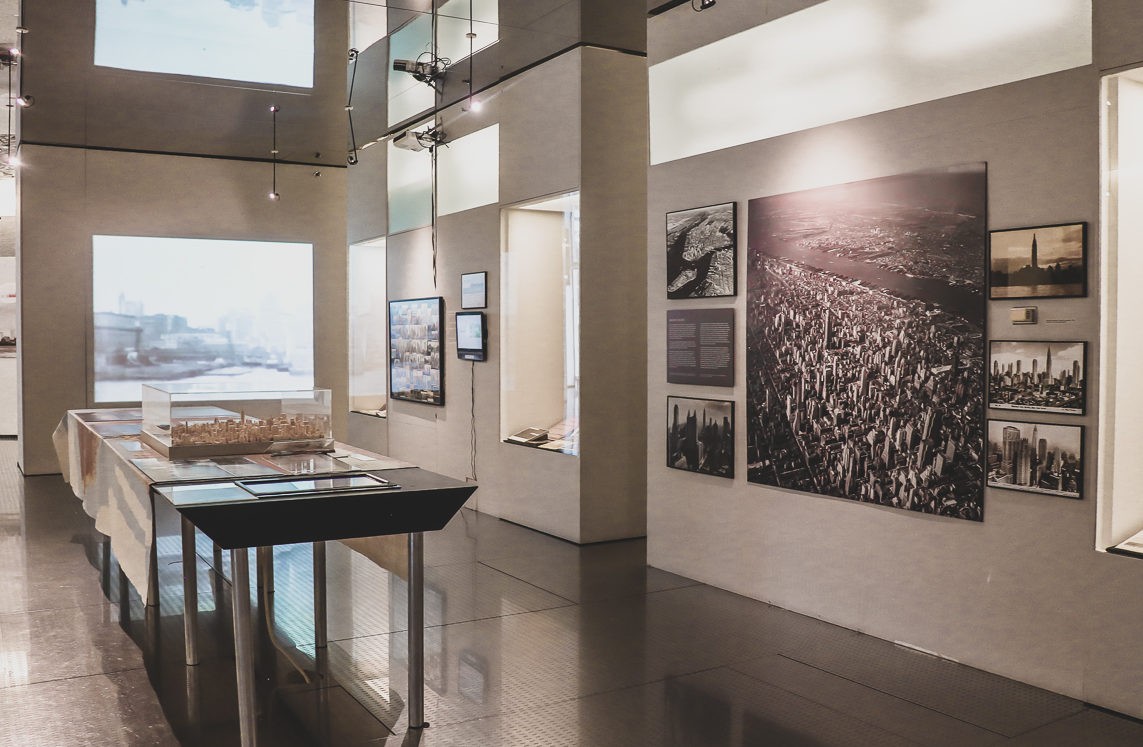 3 Have a coffee and a donut at Greenpoint 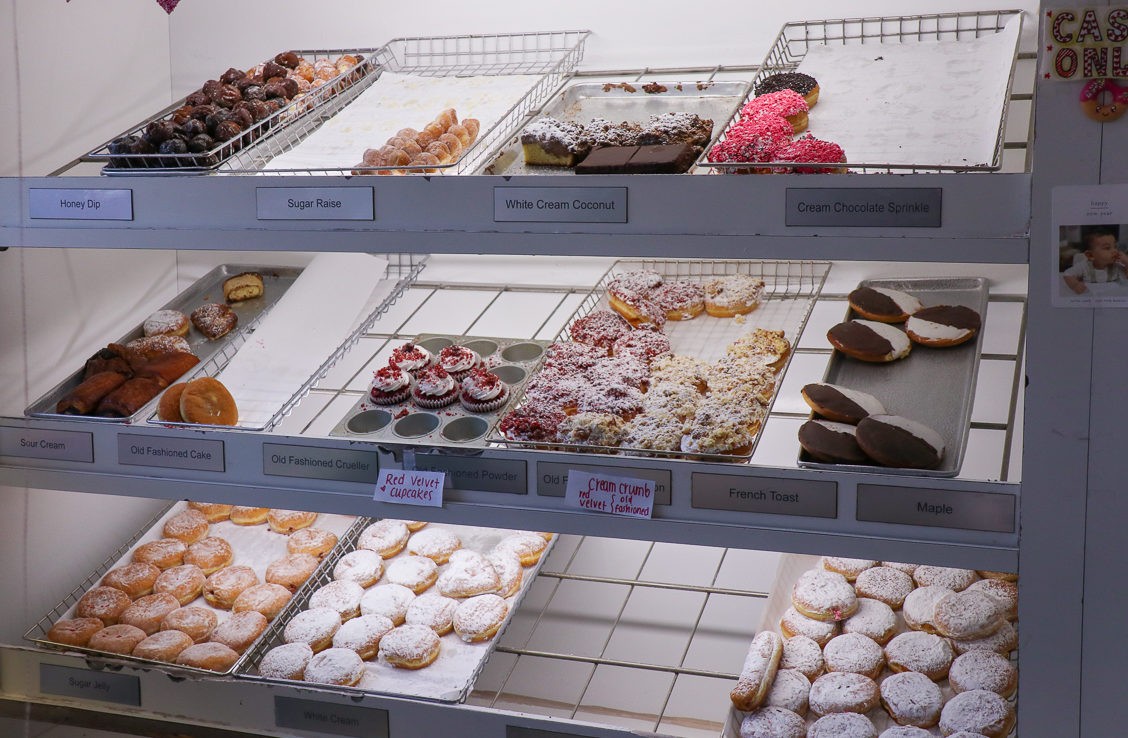 Peter Pan Donuts and Pastry shop ar Greenpoint, Brooklyn, is worth visiting even if you don’t really like donuts. It’s a tiny retro cafe which looks like we still live in 50s – the time when it opened. It’s extremely popular but due to a limited space, be ready to queue and to take your delicious donut away.

For me a yellow taxi is an indisputable symbol of New York. But just in case if you don’t know, there is another type of taxis painted green that have restrictions in picking up passengers in particular city zones.

It’s worth mentioning that for some people it’s easier to order an Uber – at least you don’t have to discuss with the driver why you don’t want to leave him 50% tips after the ride. 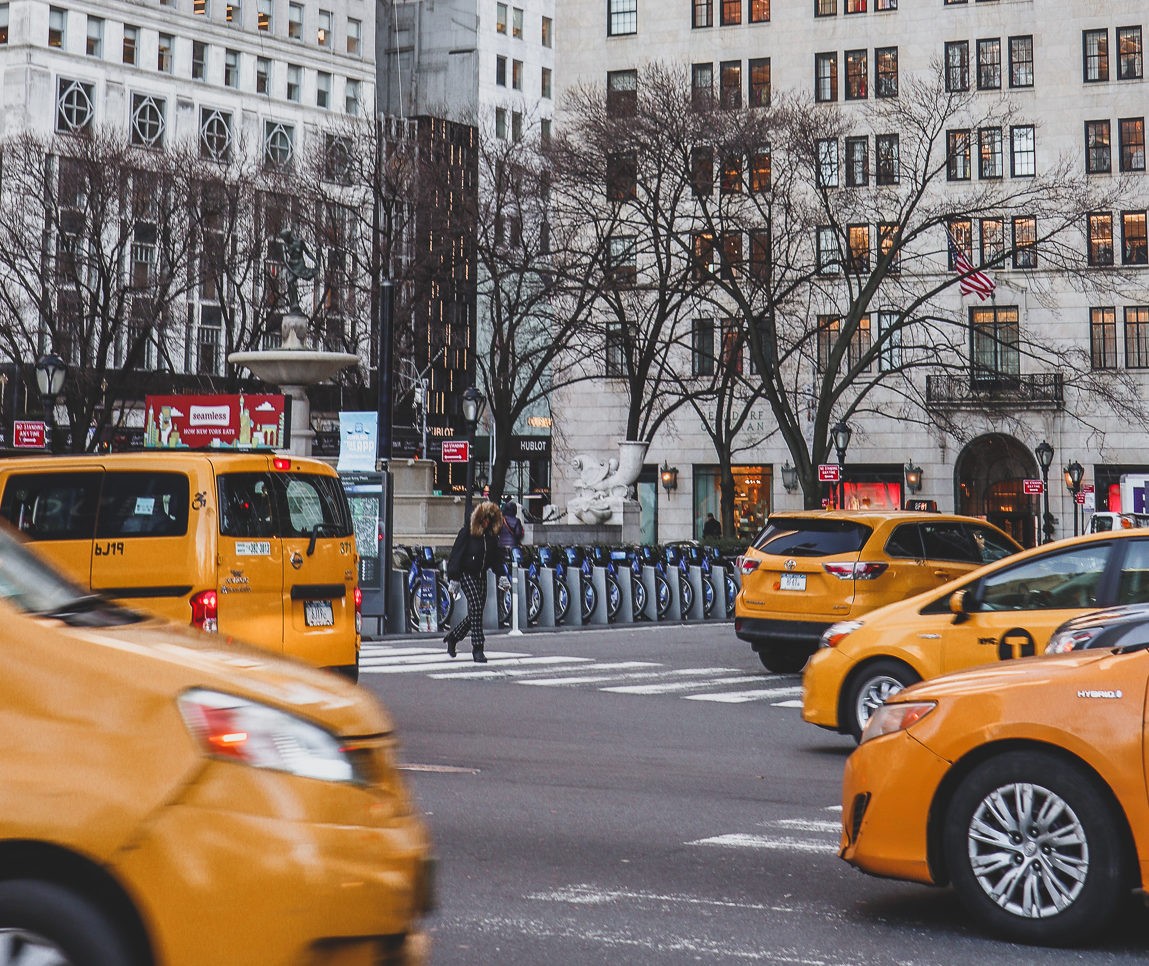 5 Get an art boost in a museum

Museums are sincerely my favorite thing in the NYC – and I’m sure you’ll find something for yourself as well! Actually I’m planning to write a blogpost about this topic but just to name a few for your consideration: The Met, MoMA, Guggenheim Museum, Morgan Library, Frick collection, American Museum of Natural History… 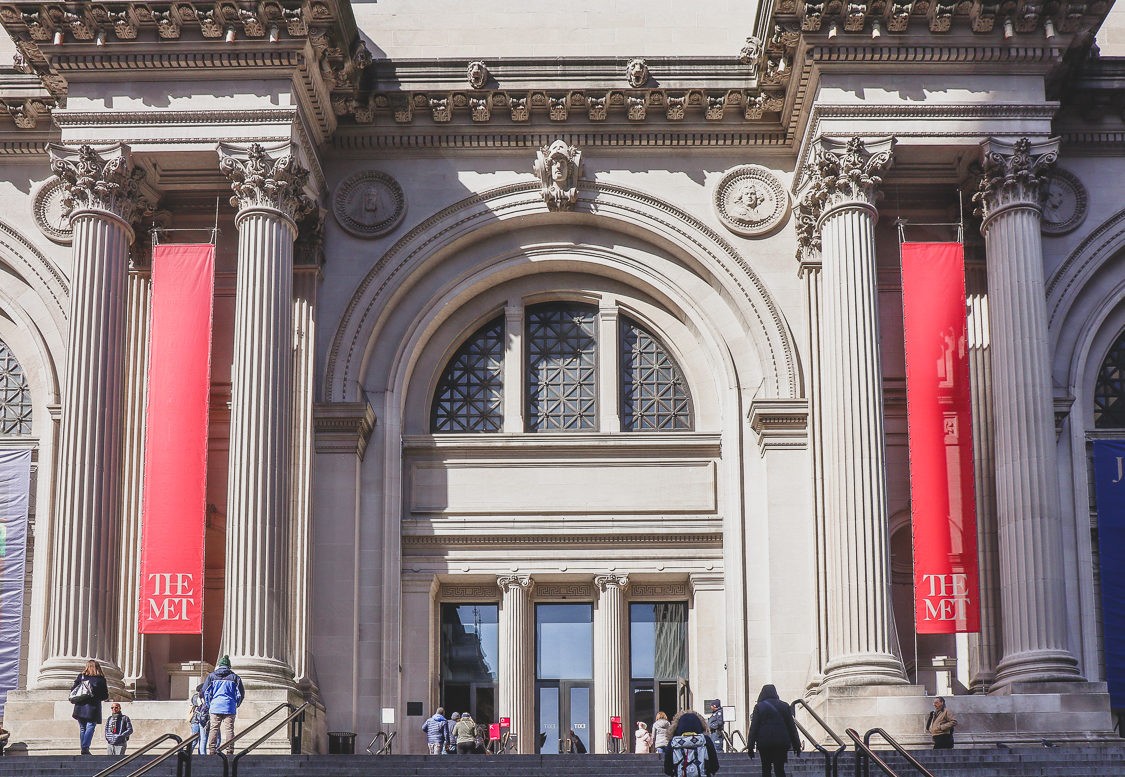 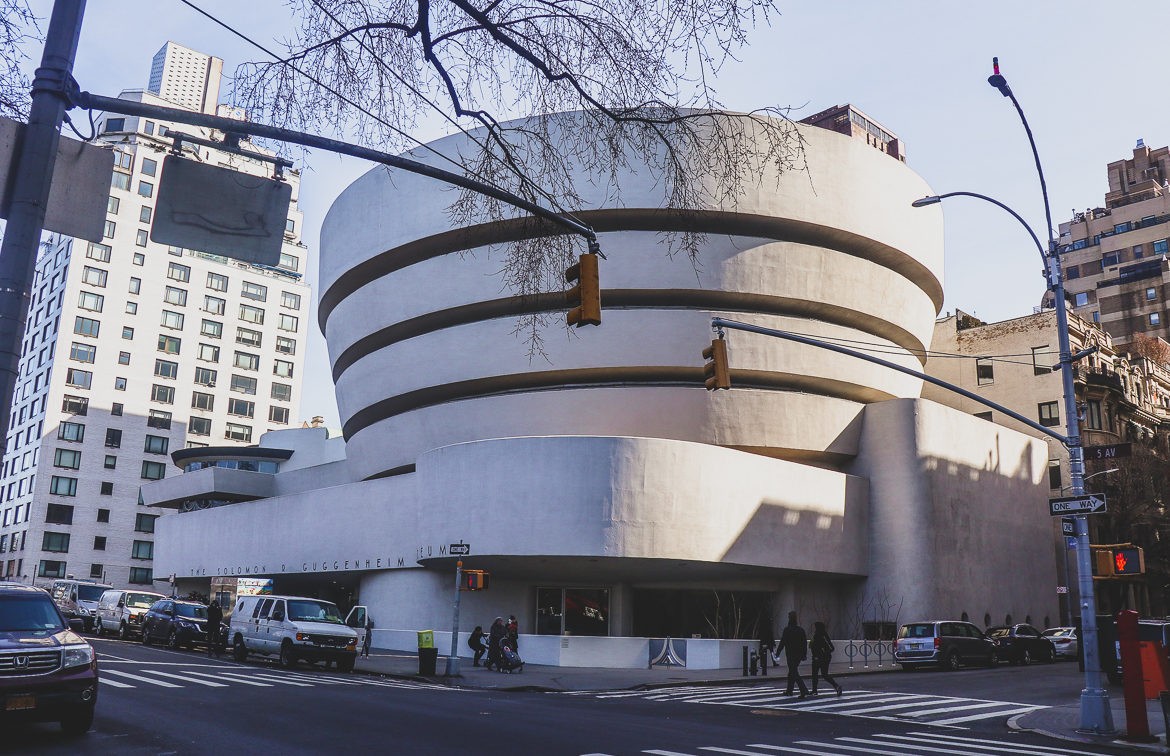 Westfield World Trade Center inside Oculus is an astonishing example of modern non-American architecture – just look how amazing it is! Looks like the ribs of a giant dinosaur that were whitened with time. Besides that, it has a really nice selection of shops including many of my favorite British brands 🙂 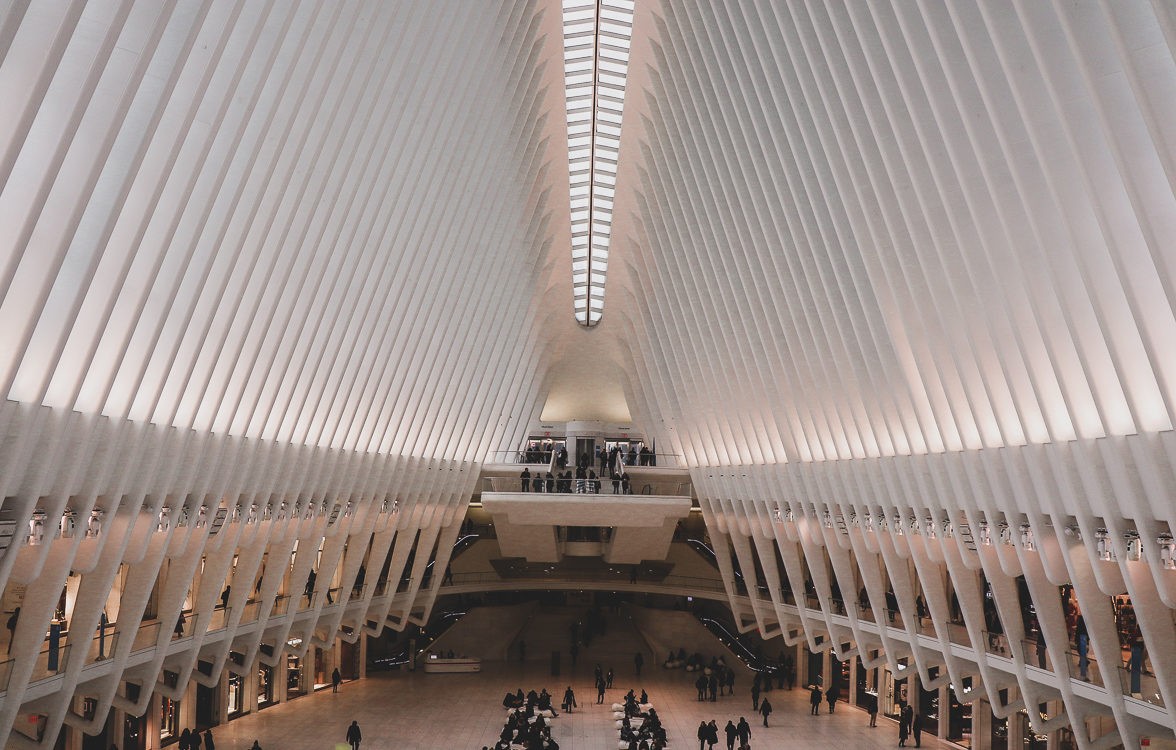 I’m not talking about a charming elephant from Disney cartoons but rather about Down Under the Manhattan Bridge Overpass. If you wanted to stroll along the waterfront or to make an iconic shot in front of Manhattan – head to this area in Brooklyn!

8 Have a nice ride at Coney Island

Fancy a Wonder Wheel ride? Head to the Coney Island’s amusement park! Sadly, I chose not to try the rides myself, but with a vintage Roller coaster and carousel, it looks very photogenic. Besides that, the seashore looks really lovely as well!

9 Get a cheat meal in an utterly newyork-ish style

Although New York is famous for its selection of high ranked restaurants including numerous Michelin-starred ones, I would say that its more ordinary dishes are worth trying as well, at least once. 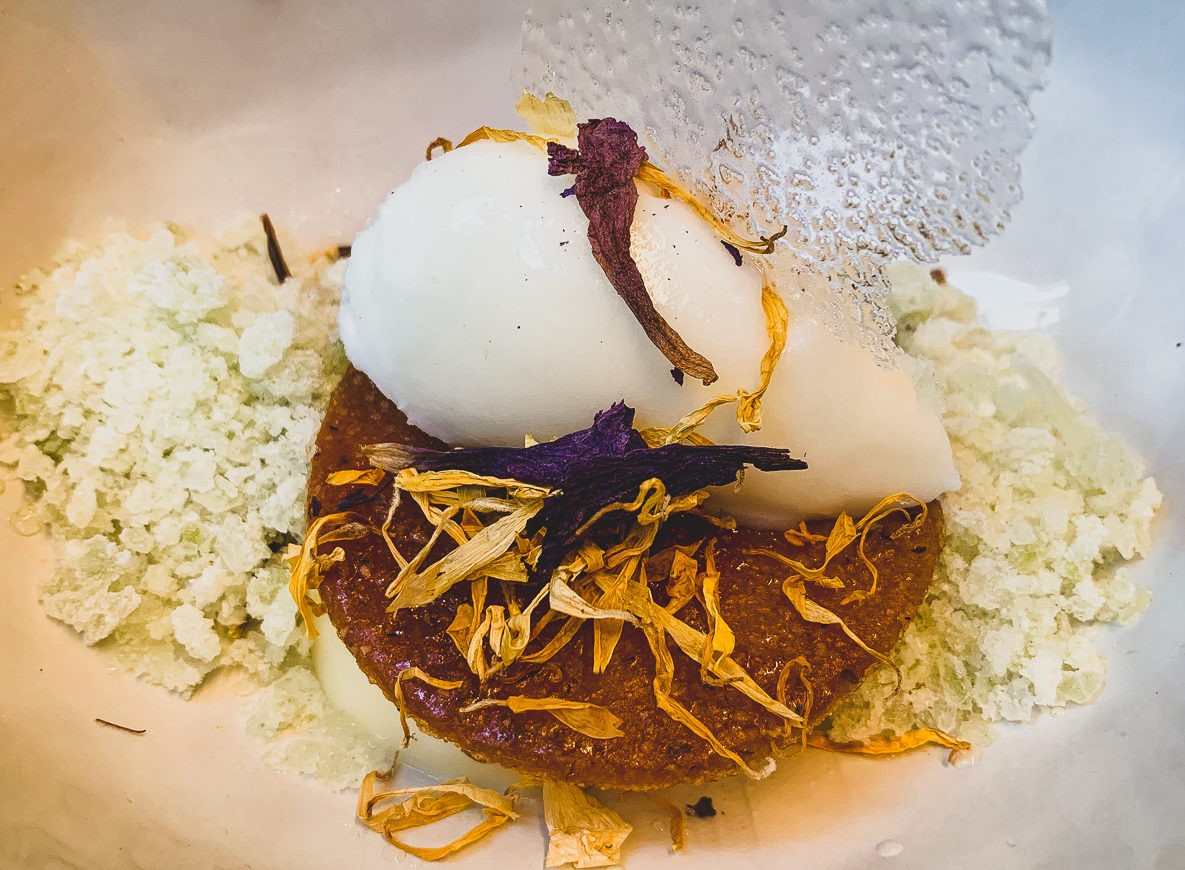 Giant pizza? Hot dog? For instance, iconic Nathan’s one that recently celebrated its 100 anniversary and that, btw, comes initially from Coney Island? I really enjoyed for instance Cuban cuisine and Mexican cuisine, but there are so many more amazing ones there as well!

Tip: beware that the portions might be much bigger than you expect them to be!

10 Pop in for a lunch into Chinatown

I really like the vibes of Chinatown in Manhattan because I suppose it reflect very well the difference in cultural traditions. It contrast perfectly with other NYC areas and offers numerous restaurants, shops etc. Please see more detailed description of it in my blog about the Lunar New Year in NYC! 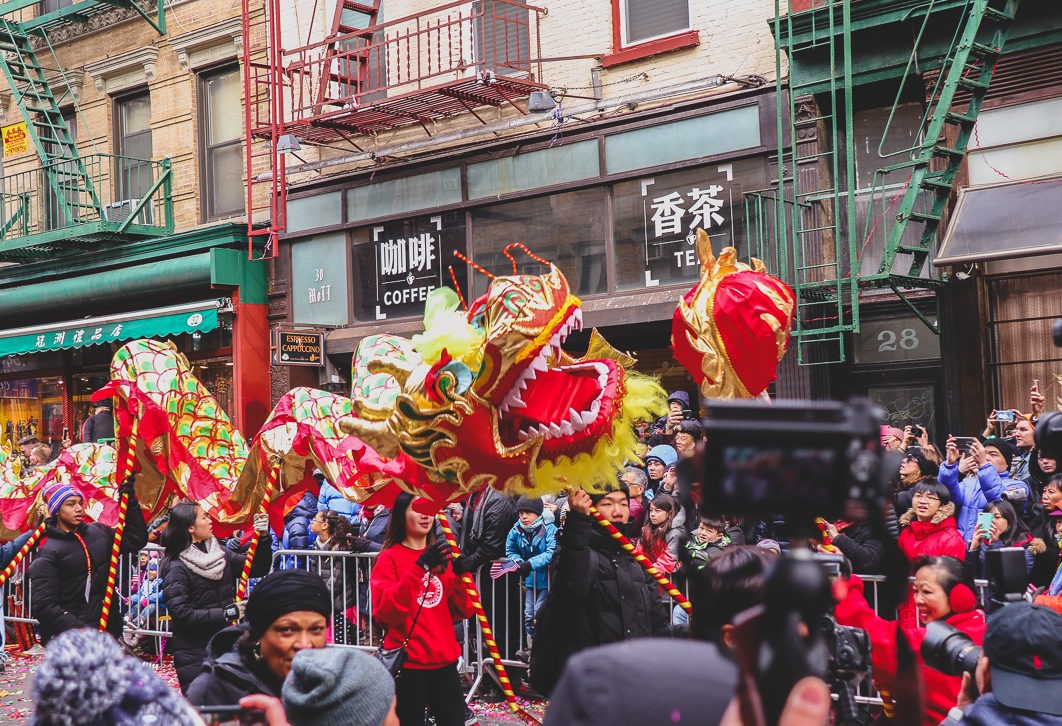 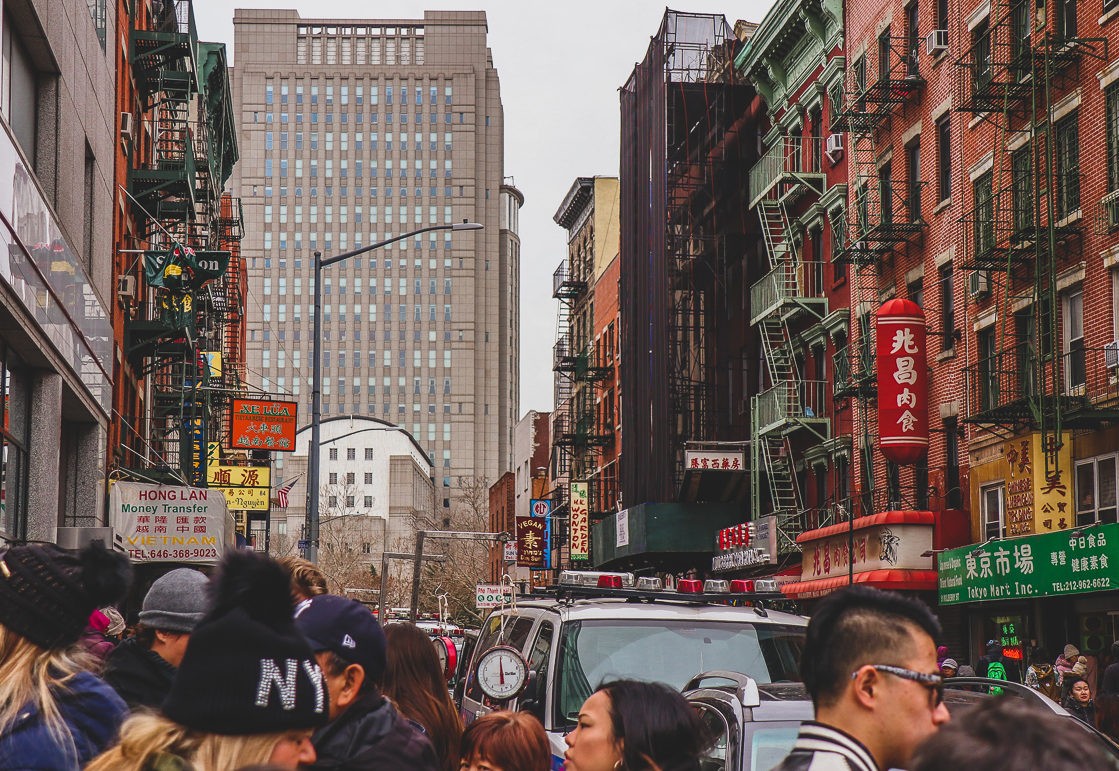 Another acronym, SoHo comes from South of Houston Street. It’s one of the nicest areas of NYC for me, it is full of nice cafes, restaurants (just think about the infamous NoMo hotel, for instance!) and nice shops. You would definitely find the architecture attractive – no surprise so many bloggers and instagrammers are often seen shooting there! 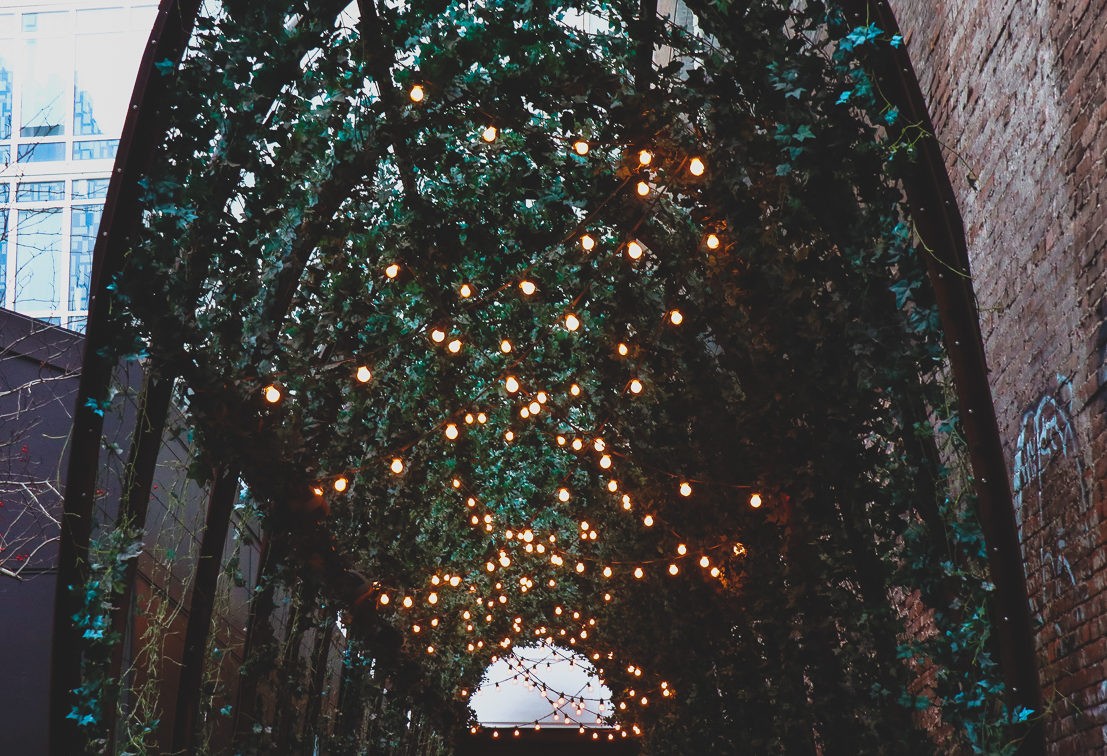 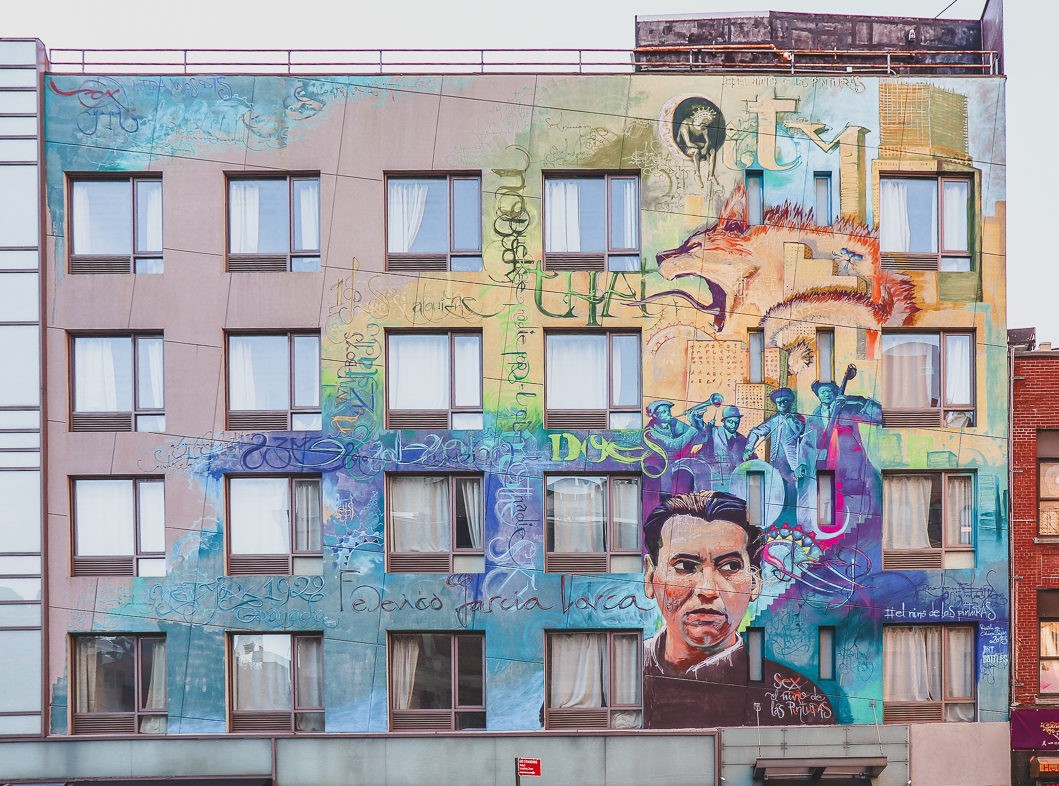 Tip: Another area worth mentioning is East Village in the Lower Manhattan that used to be a true cradle of art and music is quieter but still charming nowadays. I would suggest you just to wander around, occasionally pop into various cafes.

I don’t think that this financial Navel of the World needs any introductions but just in case: prepare to queue if you’re going to caress some particular parts of Charging Bull, a baby of Arturo Di Modica, – they are really popular regardless of the weather conditions and season. 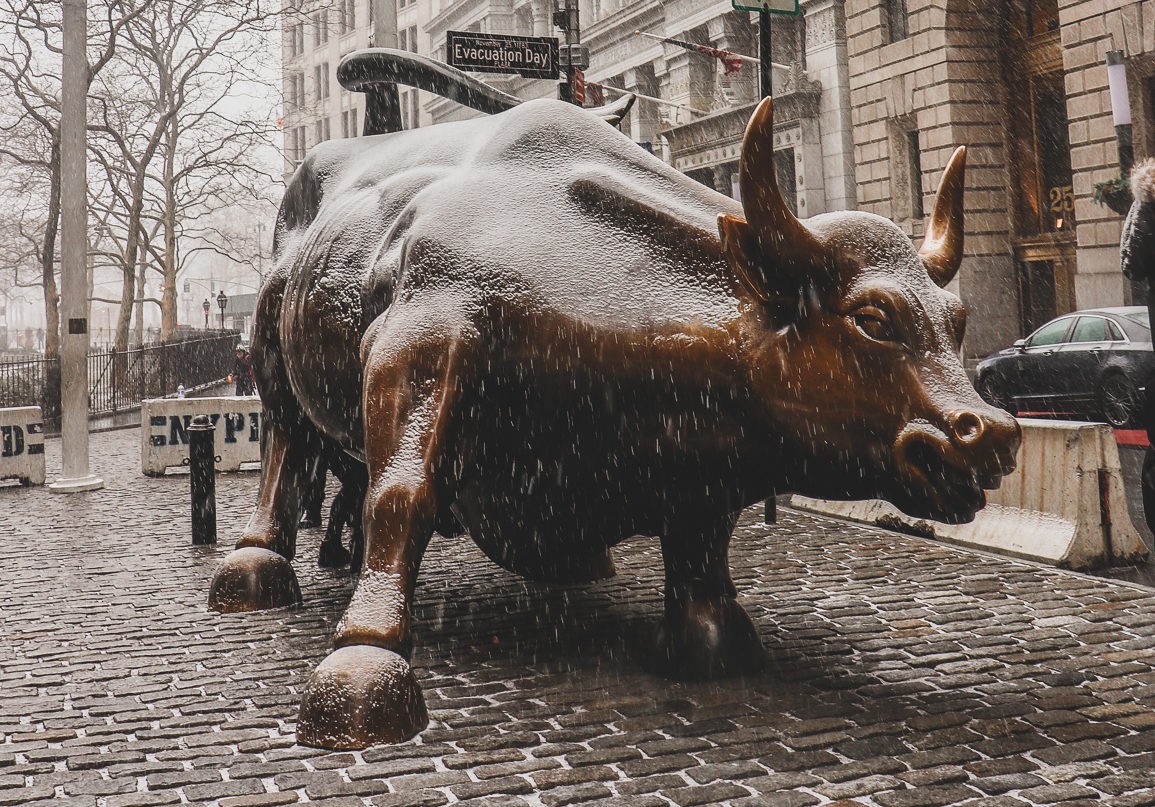 A fabulous Triumphal Arch is dedicated to the 100 anniversary of the date when George Washington was inaugurated – so of course it’s called the Washington Square Arch. Take a moment to study this white marbled monumental construction and maybe stroll in the park as well. 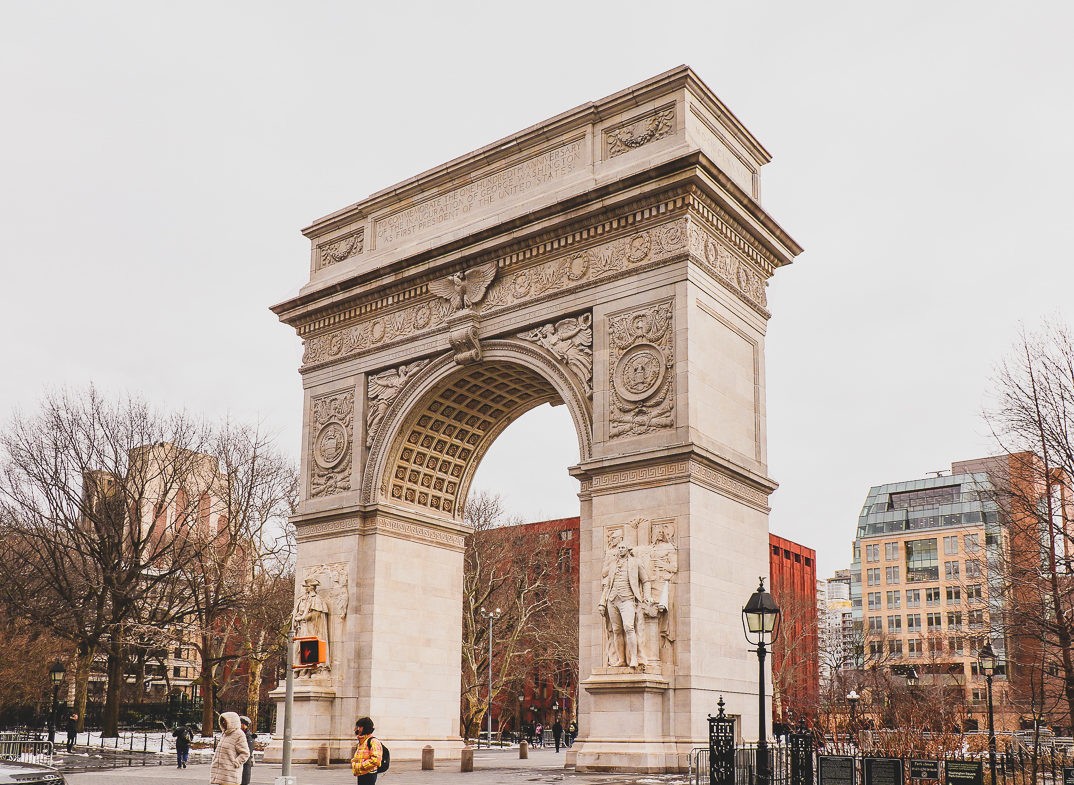 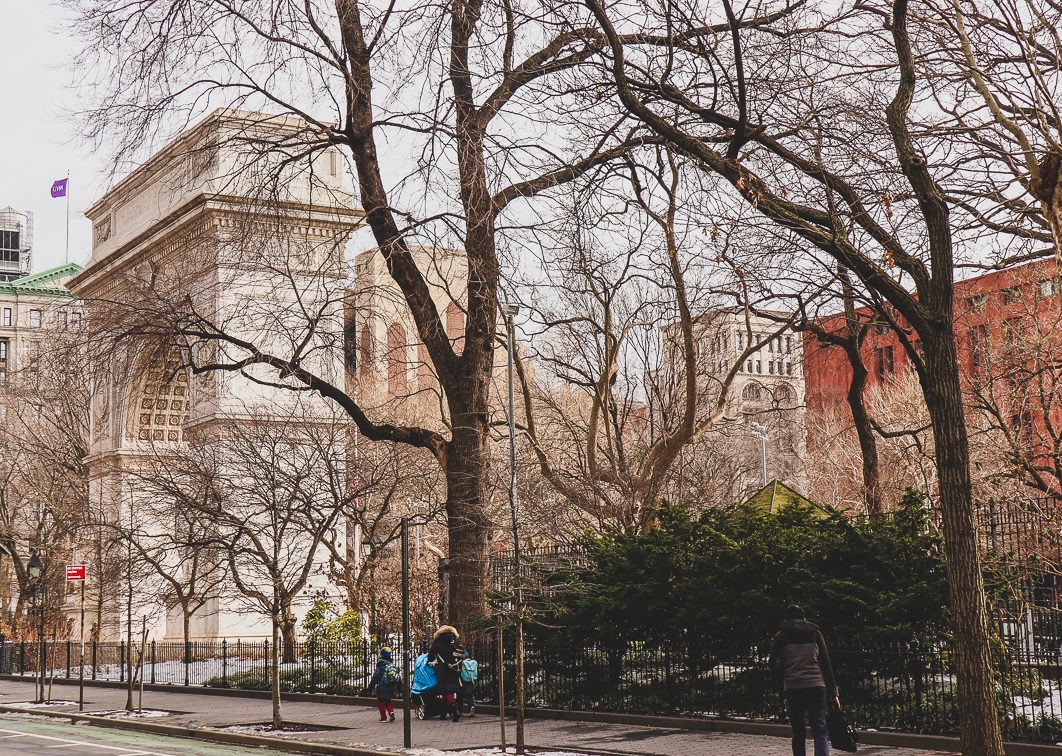 Central Park Zoo is quite a small but entertaining zoo right in the middle of the city. Sadly, there are no lions or giraffes in a real life version of the zoo featured in Madagascar cartoon but still you can encounter lynx, sea lions, penguins and other birds, bears etc.

The Delacorte Music Clock is really nice – wait for it to start playing a tune and don’t miss the Tisch Children’s zoo as well! 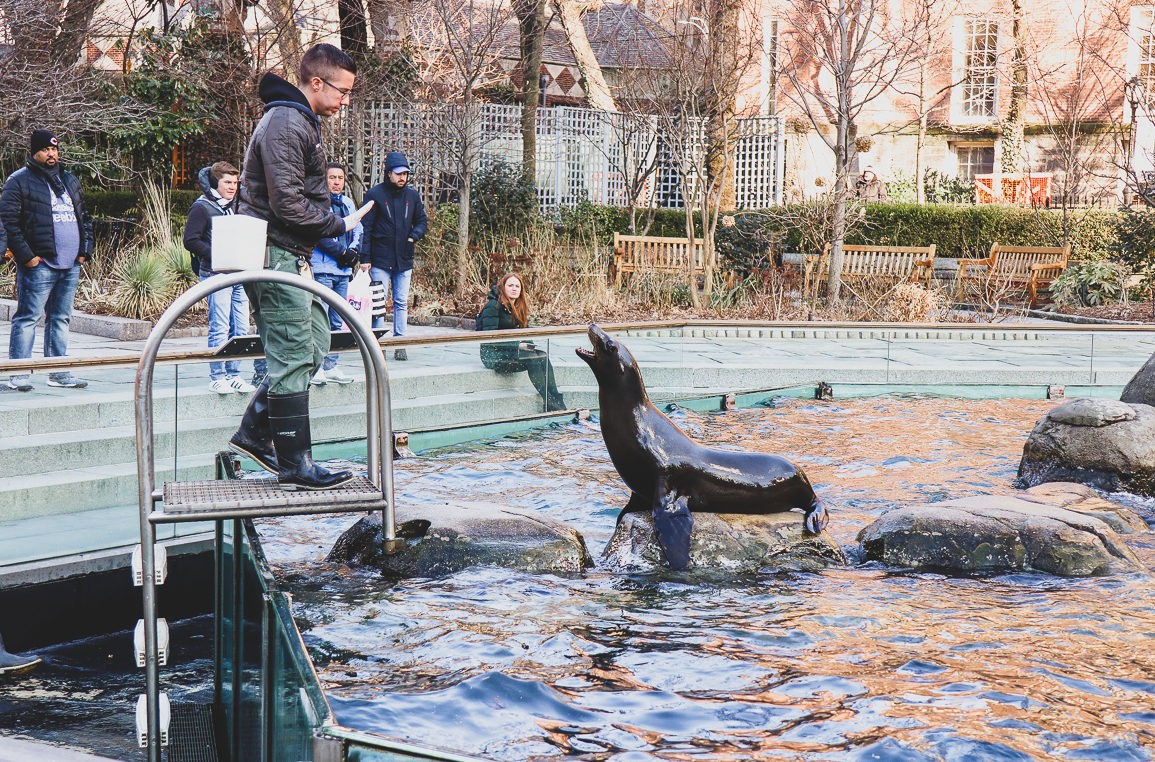 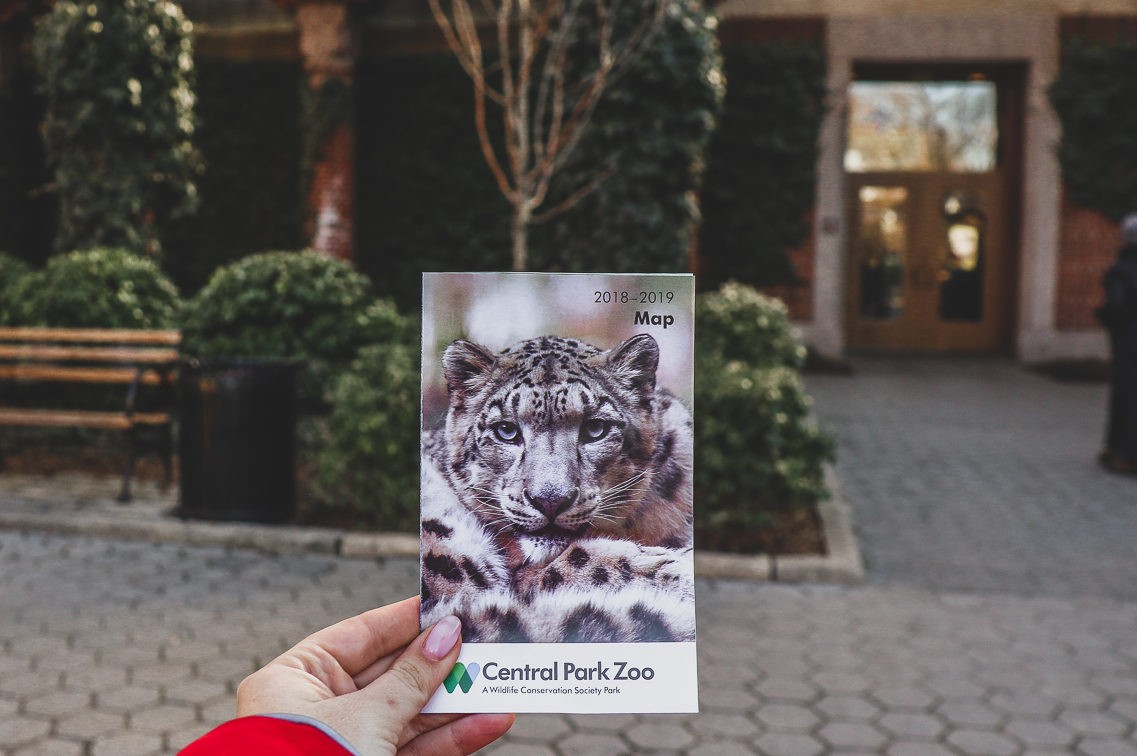 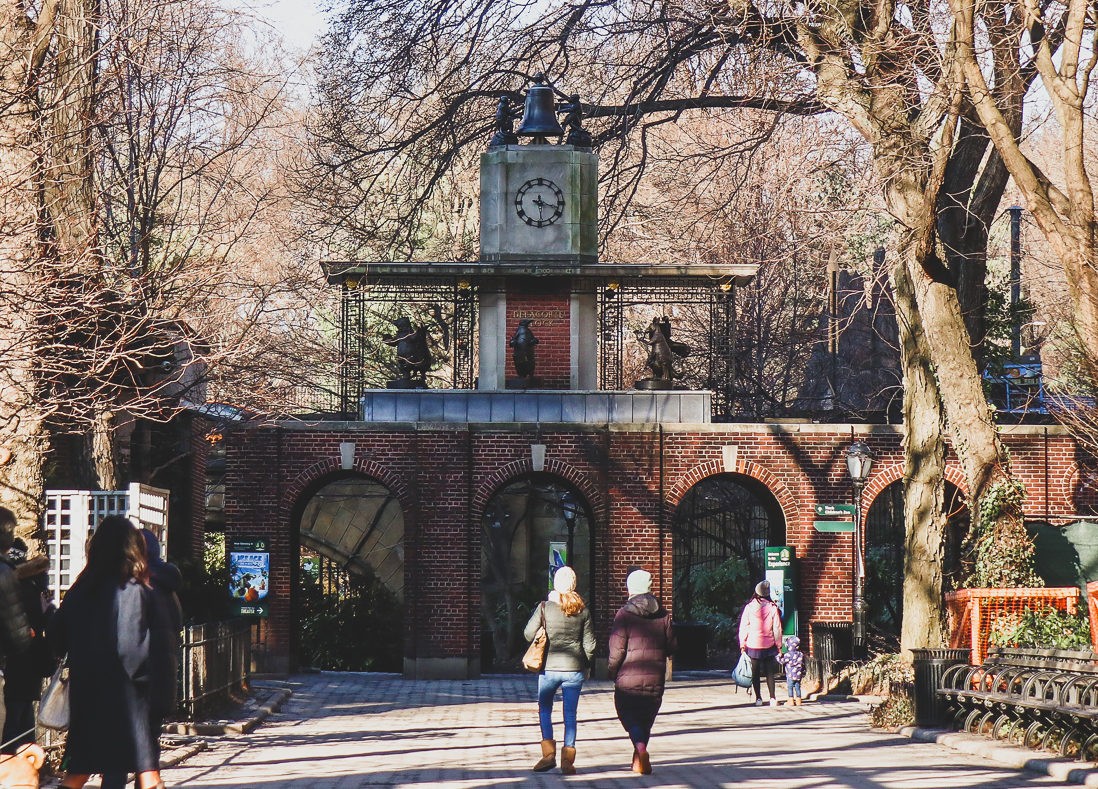 I hope to visit Bronx zoo some time in the future – have you been there yourself?

15 Dine with a view over New York at Columbus Circle

You simply cannot miss a 23 meters high monument with Columbus on the top and his ships penetrating the column beneath if you wander around the southwest part of the Central Park. No surprises its construction was dedicated to the 400 anniversary of Columbus arriving to Americas. Gossips say that shining steel globe copying the Unisphere monument from Queens initially was meant to carry a huge ’Trump International’ letters on it but thankfully it does not. 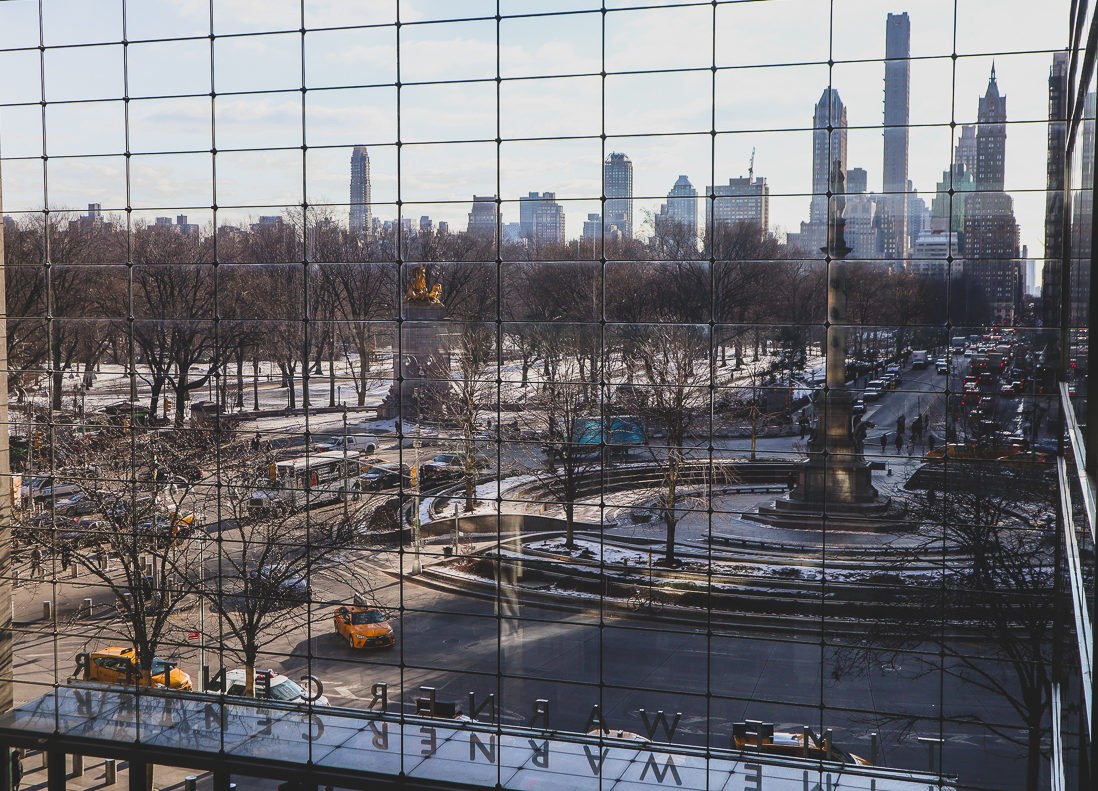 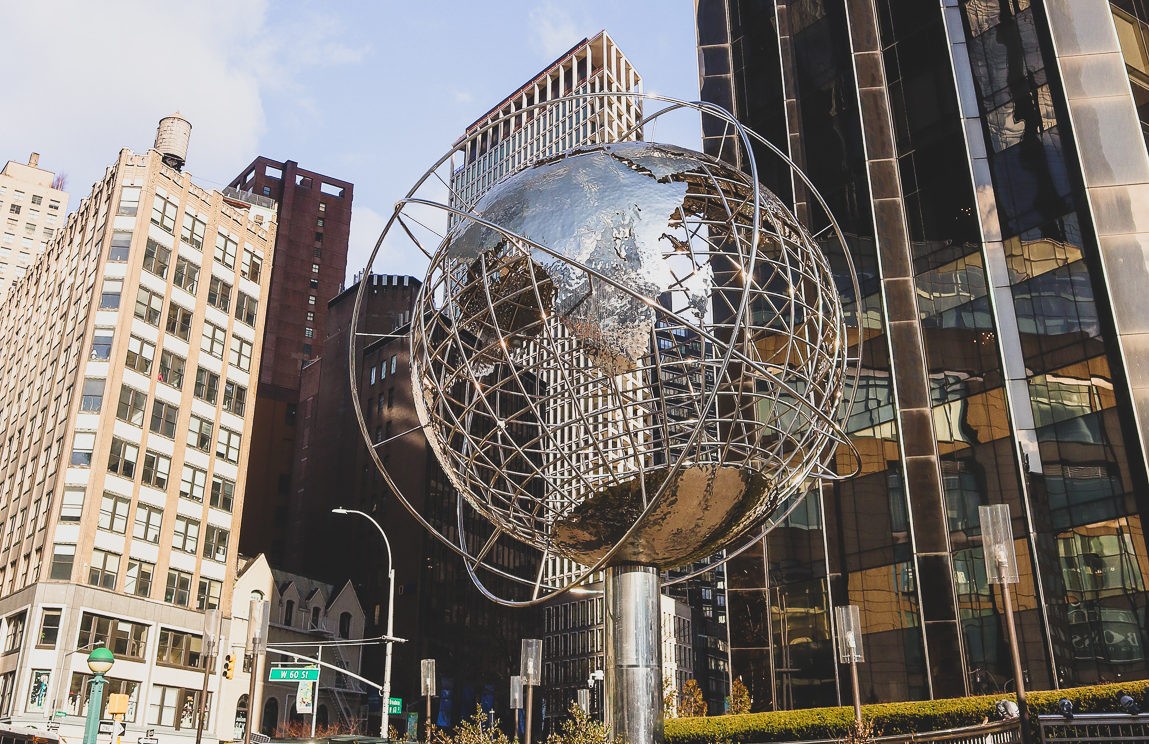 But apart from it, Columbus circle is a nice shopping destination as well – Time Warner Center has a number of shops inside including Sephora, Michael Kors, Whole Foods etc and it has a lovely cafe/restaurant with a view over the park’s corner.