How to master a Bonfire Night

Always wanted to know how Guy Fawkes Night is celebrated in the UK? Go on and read this blogpost about the Bonfire Night!

I don’t remember my first English textbooks, just some random phrases and topics from them. But I definitely remember how impressed I was by the texts about British holidays! And I must admit that the Guy Fawkes night dating back to the political events of 1605 was my favorite. You can find the historical note on it below at the end of the article.

Long after that I saw ‘V for Vendetta‘ and ‘Gunpowder‘ TV series and learnt all the historical context around the Gunpowder Plot when catholics decided to blow up the Parliament with the King James I inside. Below you will find a lot of photos from actual celebrations of the Bonfire night in London, small pieces of information on how they take place – and some historical insights down towards the bottom. 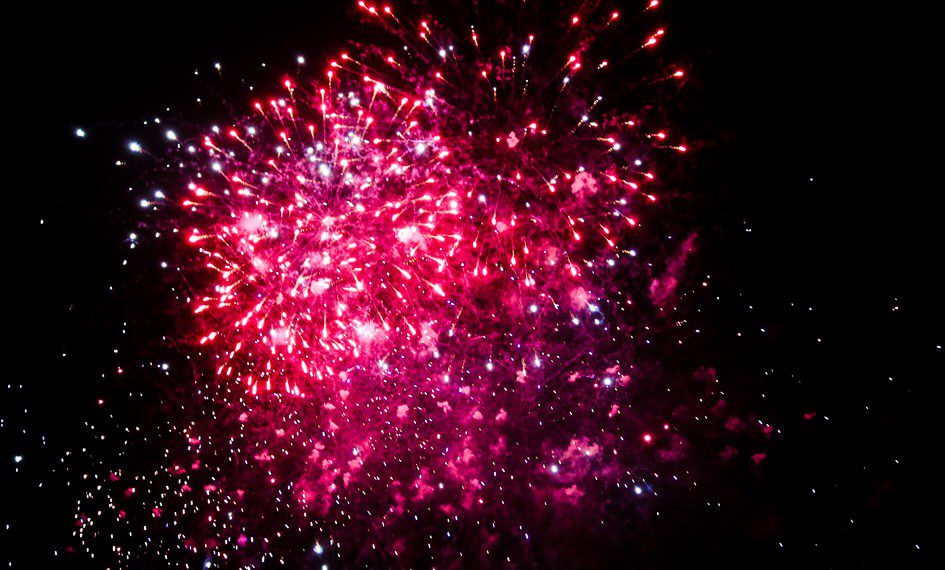 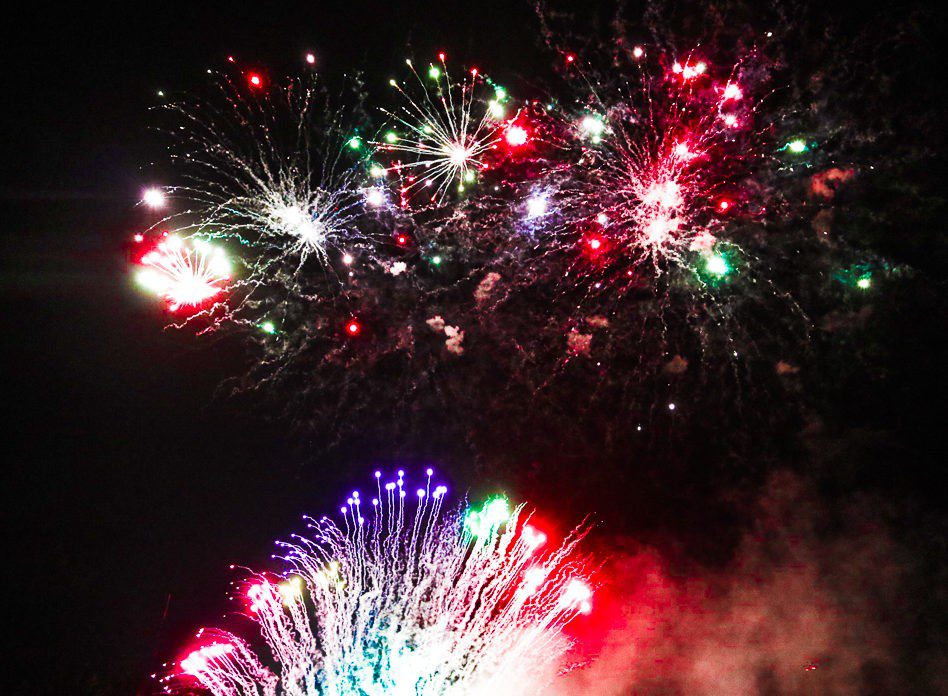 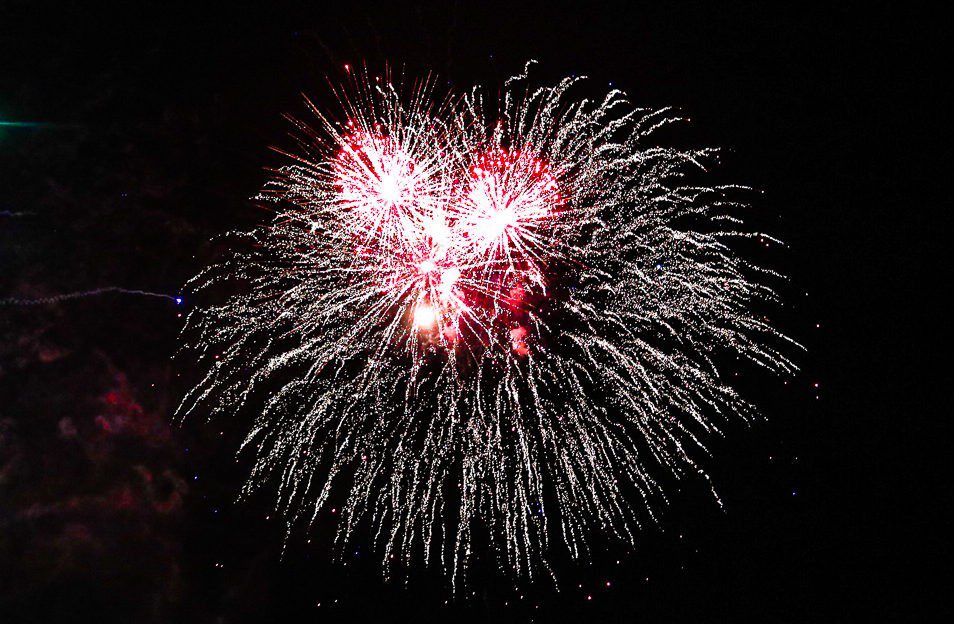 Where to see the fireworks on the Bonfire Night?

Well, the easiest answer is just to walk along the streets on the 5th of November or one or two days before it – usually some impatient activists start setting their fireworks earlier. But for the best views I would suggest you to choose one of the easily – Google the areas for the Bonfire night around you with special observational desks. Their bonuses are quite obvious: they are professional, they are safe, there are a lot of other activities going on around the place. 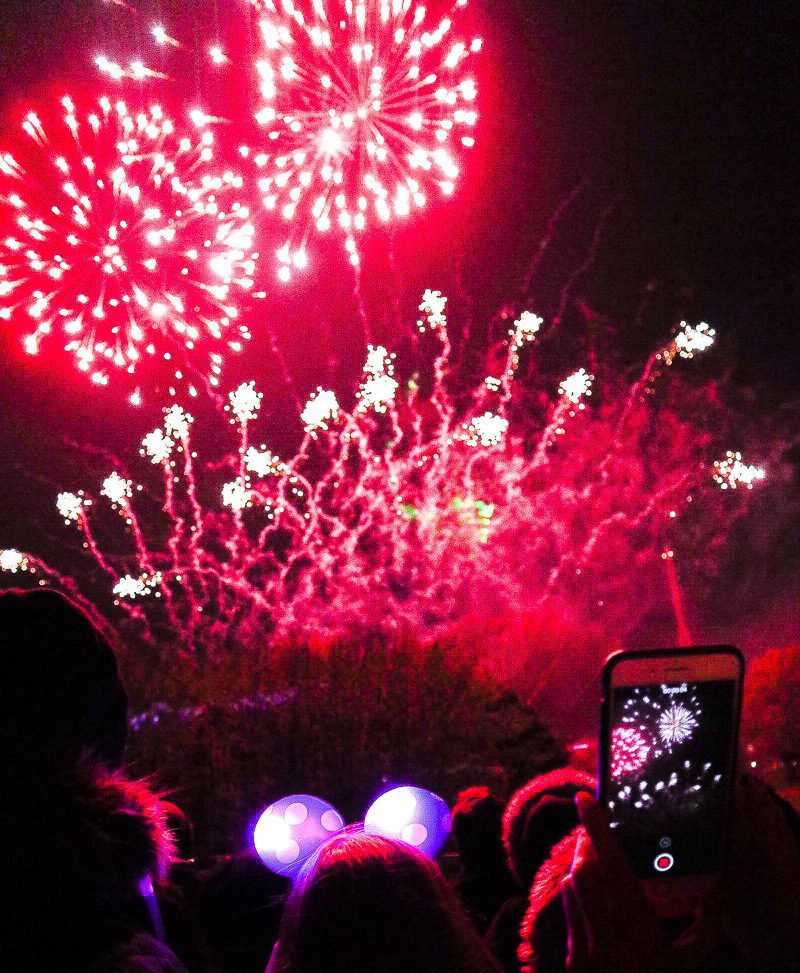 My favourites are the Battersea Park and the Alexandra Palace and Park. Among other places are Royal Gunpowder Mills, Wembley Park, Blackheath fireworks, Clissold Park and Crystal Palace Park – they are a perfect choice.

How much does it cost?

Again – it depends on what you choose. Obviously just spying someone else’s fireworks is free and many observational desks are free. Battersea Park and Alexandra Palace and Park cost about 10 GBP per ticket on average depending on a venue and the time of purchase – early bird tickets are cheaper. It’s still better not to wait till the 5th of November as they tend to be sold out a couple of days before the event.

How to get ready?

First of all, check the website of a venue: there should be a transport information – the area is usually pretty big and you can choose the gate with is more convenient to you. The detailed map and the schedule of the event are also extremely useful as you’ll know for sure what’s the best place for watching the fireworks, where and when a Bonfire starts etc. Sometimes it makes sense to come closer to the Firework show, especially when the weather does not favour outdoors activities. 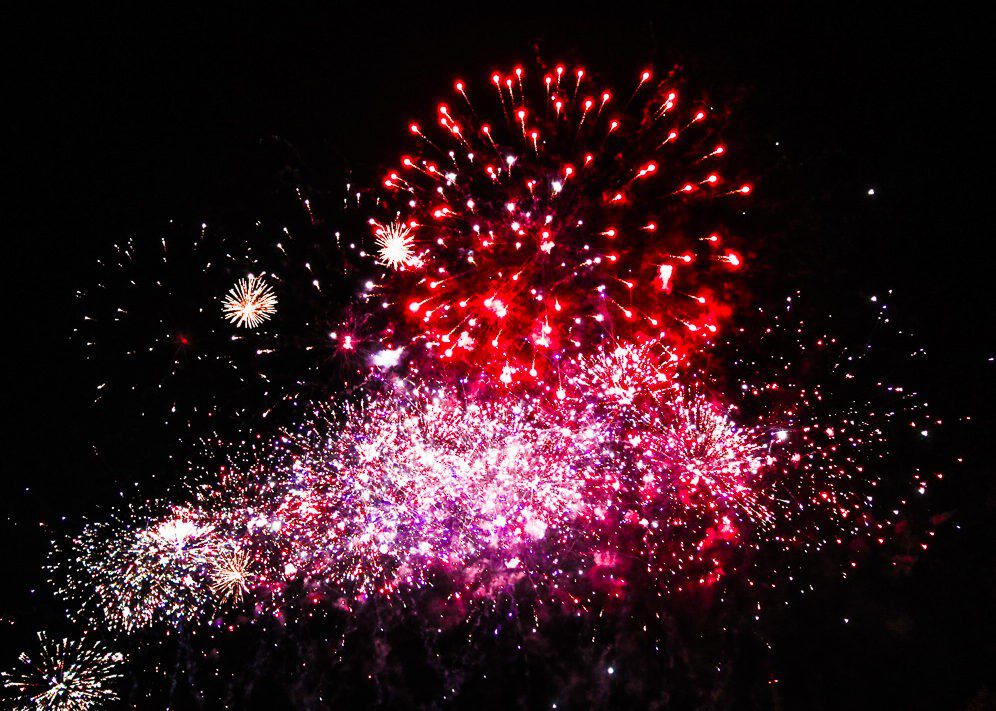 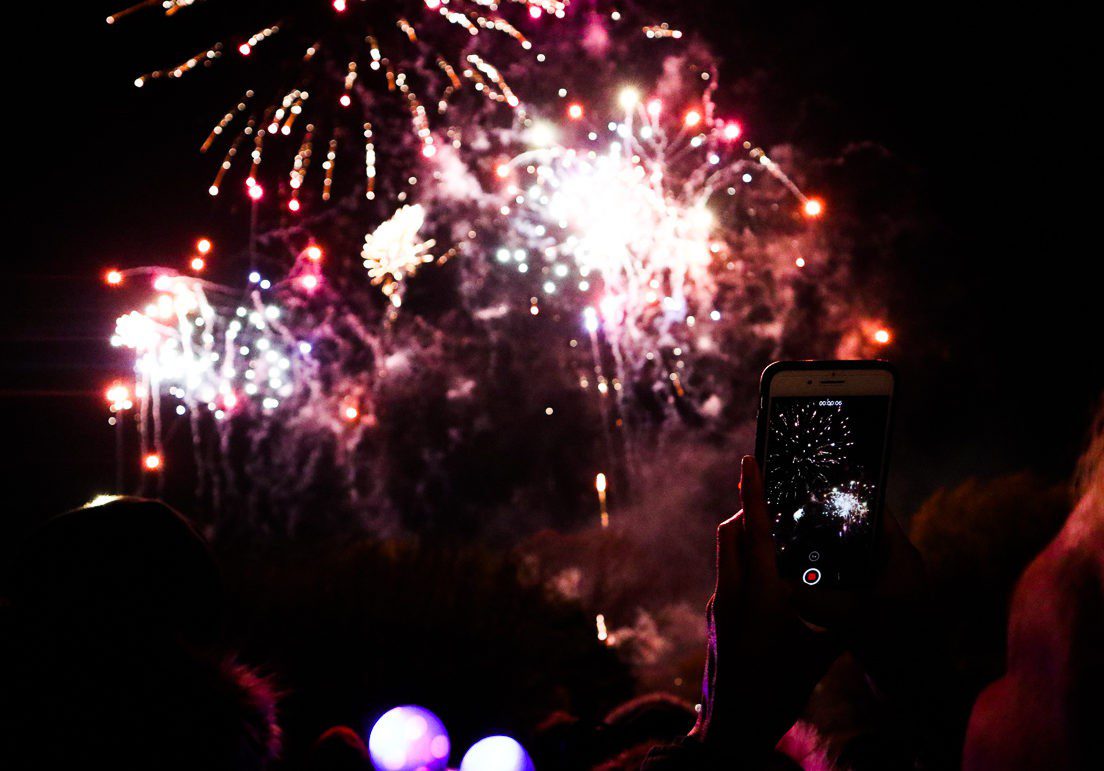 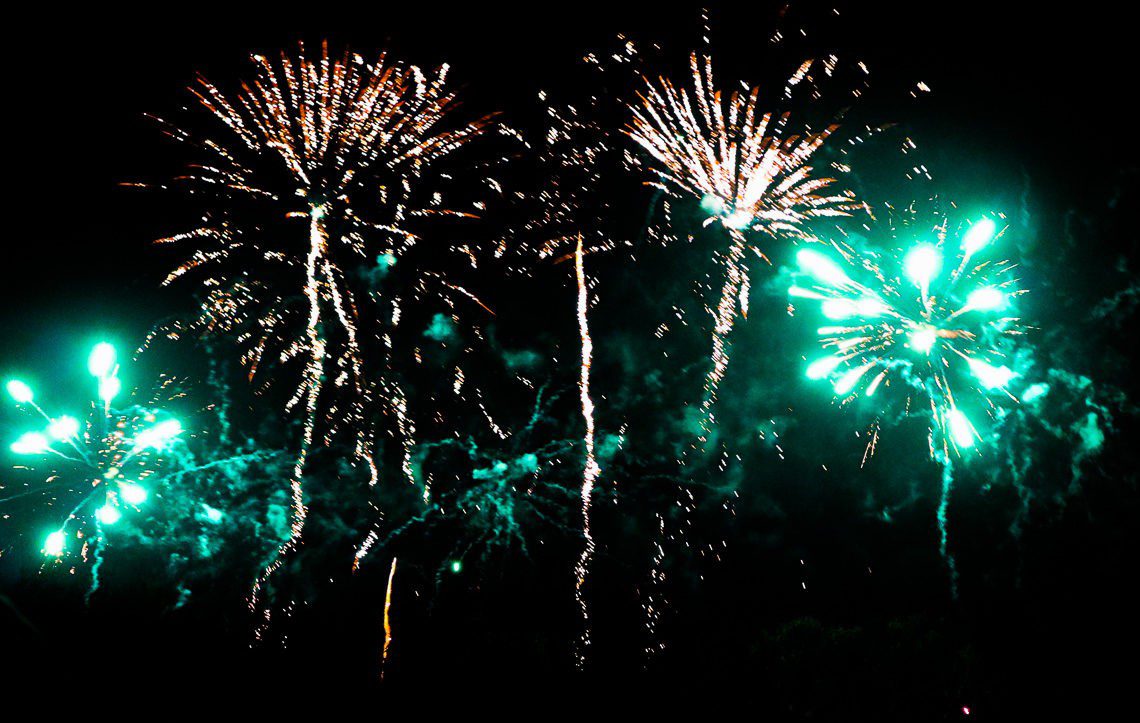 Bags are usually checked by security. Alcohol, fireworks taken with you and sharp objects are not allowed. Take small money (cash) with you if you decide to buy something, wear a lot of warm clothes (I usually use foot and hand heaters for some extra!) and take a powerbank to charge your phone – just in case. Don’t forget to print your e-tickets out.

If you’re attending a well organised firework display, you can find many more attractions than the fireworks sparkling in the sky. Further down I’ll describe how doe it work in venues for which you should get a ticket. Stay alert when a Bonfire lits, usually it happens in a slightly different area from the viewing deck.
You can also buy a lot of blinking magic wands, spinning wheels and other festive equipment 🙂 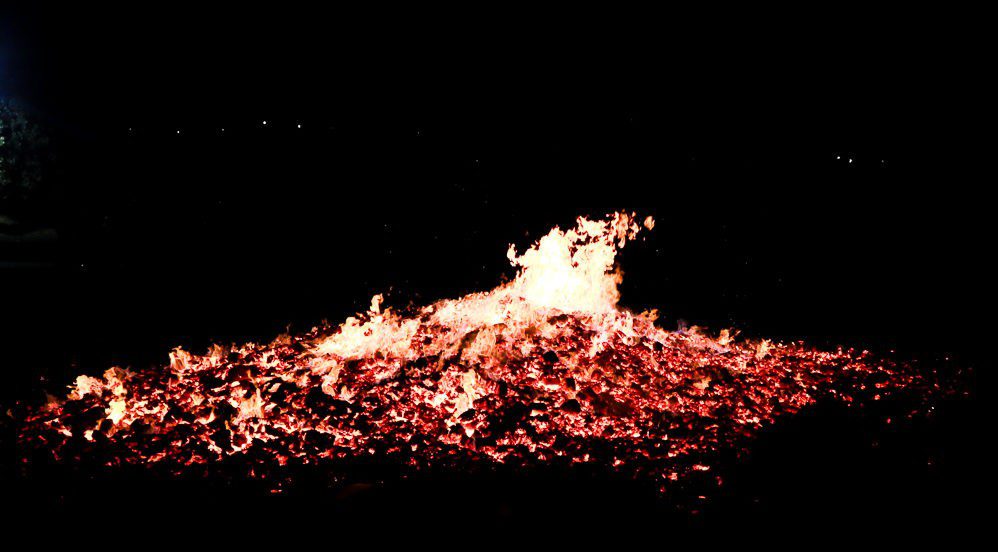 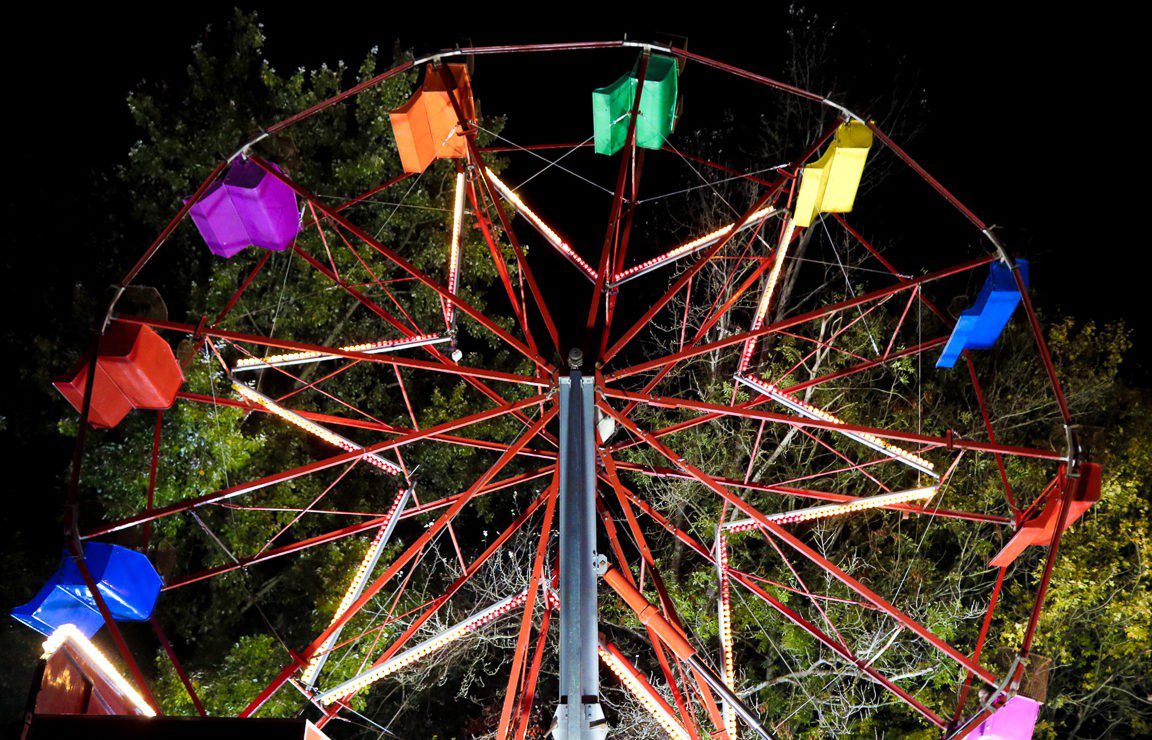 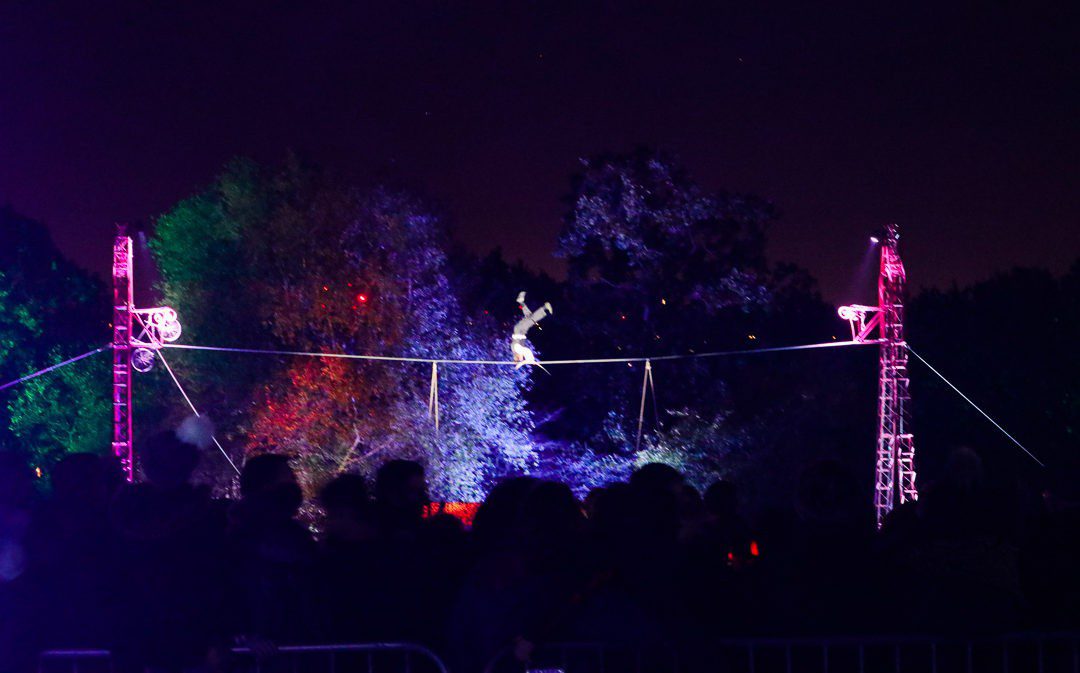 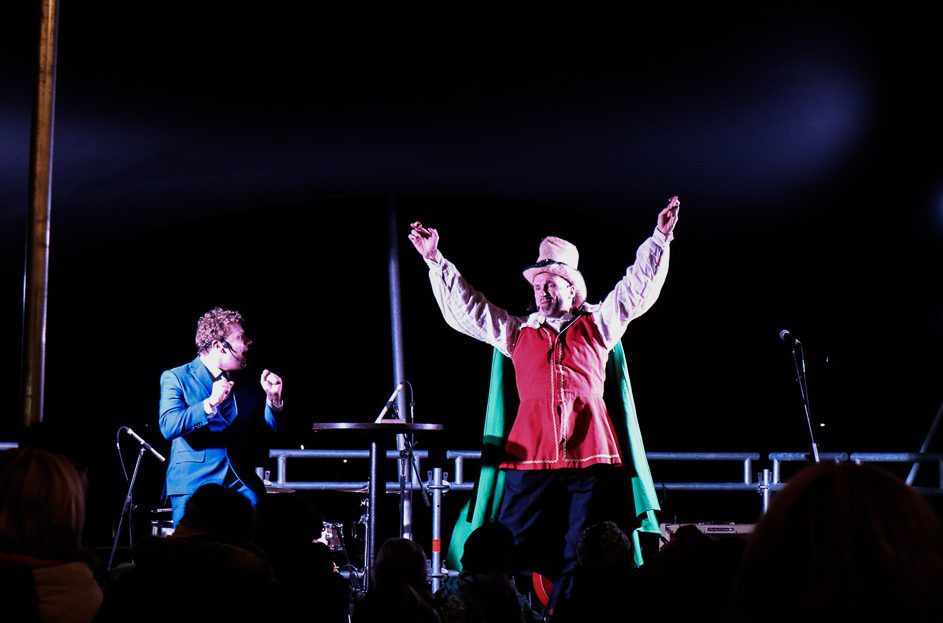 Depending on a place you can also have a chance to watch different performances or laser shows, take part in historic quizzes, rides and attractions or try your luck in various prize-winning competitions – be it darts-throwing or can-knocking. 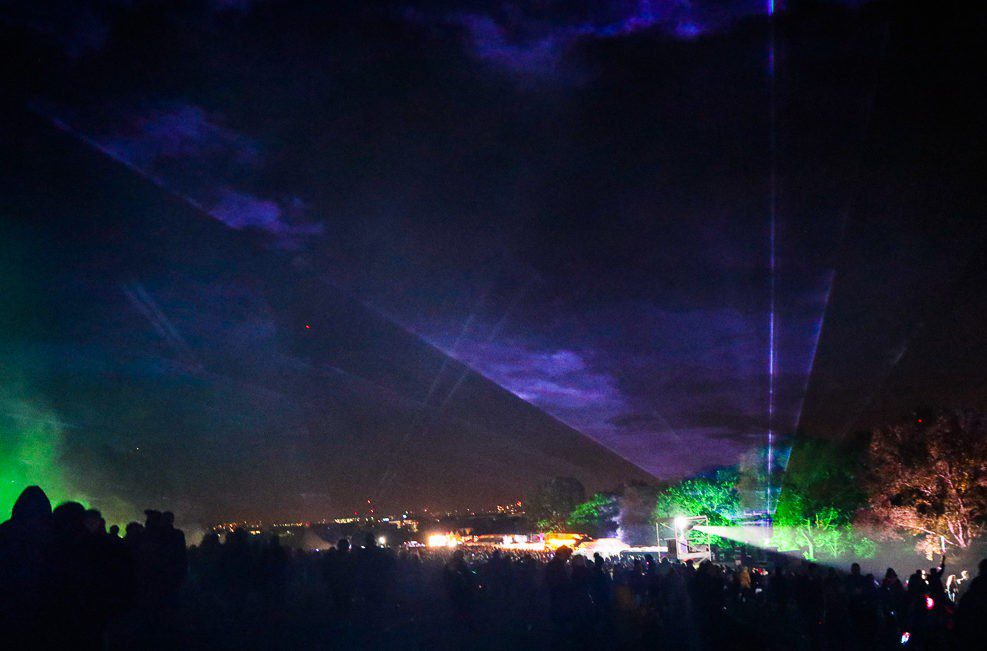 There are usually a lot of kiosks with food – kinda pre-Christmas edition: roasts, burgers, sausages, tea/coffee/hot chocolate/beer, vegetarian dishes, fries and so on. Toilets are also around that area. The cherry on the top is definitely the fireworks show. It usually lasts for about 20 min when all sorts of fireworks color the sky. Music mix accompanies the show. As I’m a biologist, they often remind me of astonishing tissues and single cells which one can see on a microscope. 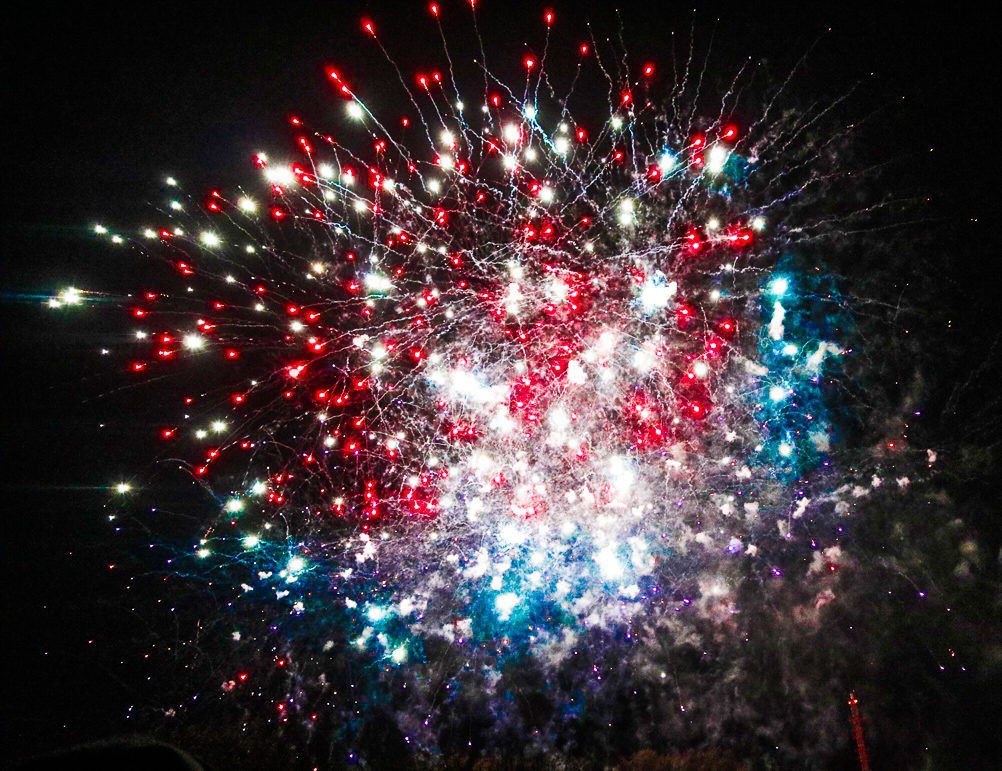 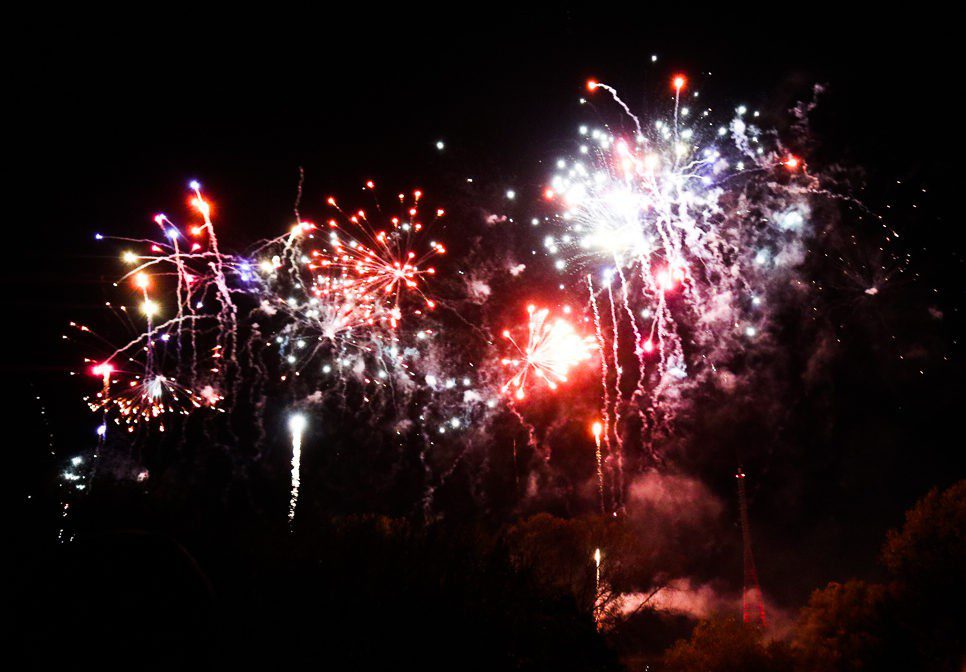 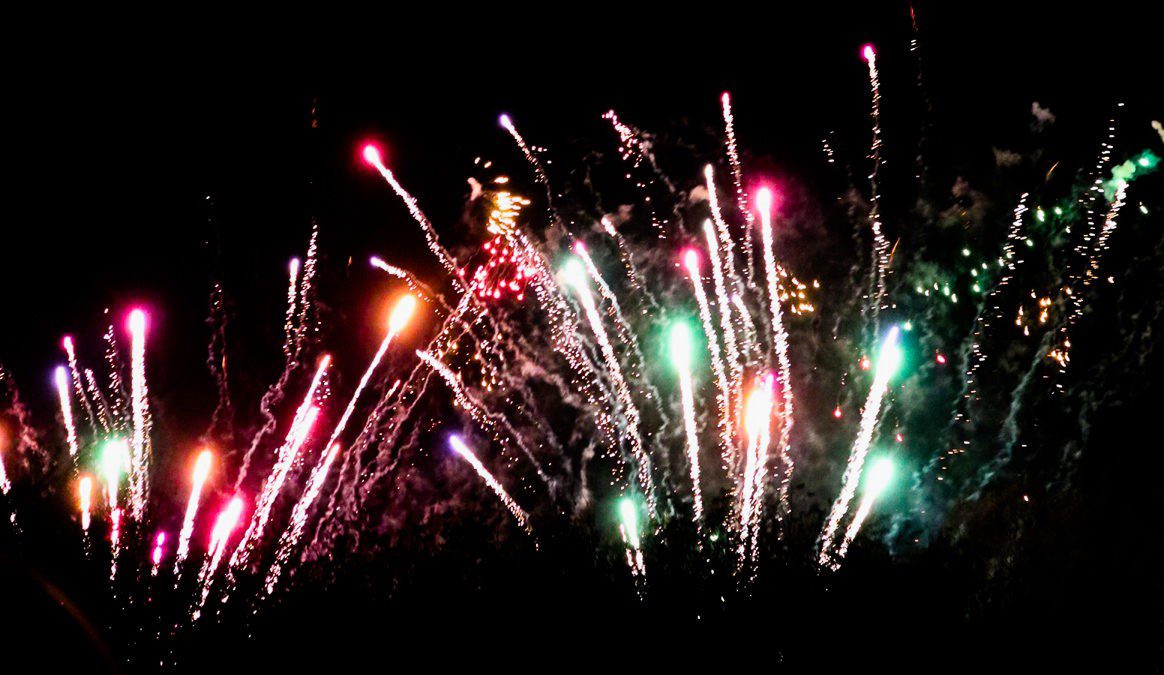 I must admit that whichever event you chose to attend it’s pure magic and there is no way you will leave unimpressed! And, of course, safe journey home!

You can find literally everywhere the detailed description on what was going on in England at the time when it was a good catholic country – before the 16th century. Henry VIII (who lived in this gorgeous place on the photo – Hampton Court) turned to protestantism – the Pope didn’t approve his divorce with his first wife Catherine of Aragon with whom Henry VIII lived for over 20 years but who didn’t gave birth to a heir (and, of course, she was the one to be blamed for it). 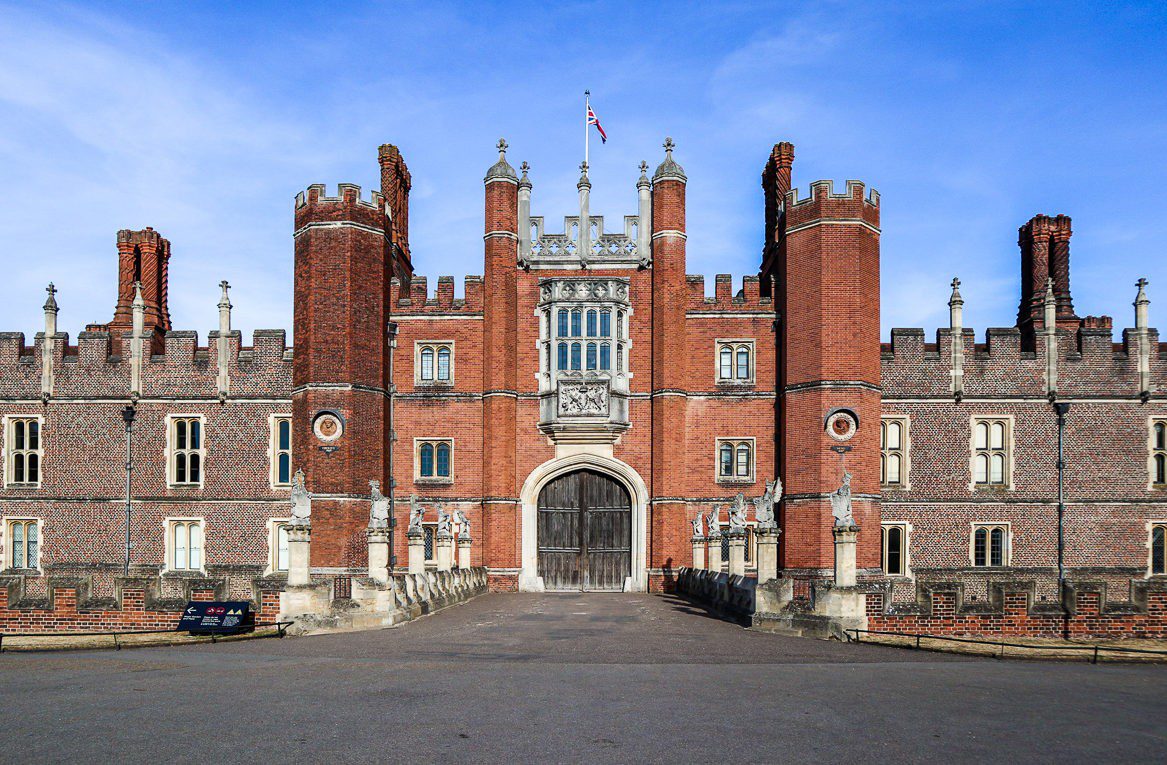 His father Henry VII did not get the crown easily – he had to win the War of the Roses first. Bearing this in mind Henry VIII decided that protestantism is more appropriate for his rule since the power of the king is not overshadowed by the power of church in such a system. The Tudor dynasty has ended with his kids from different wifes: Edward VII who was just a kid and ruled for a few years and was a son of his most beloved third wife Jane Seymour, then Bloody Mary I, the daughter of Catherine of Aragon, who was to return the country to Catholicism, and, finally, Elizabeth I, strict protestant and daughter of the beheaded Anne Boleyn. Between Edward VII and Mary I there also was a 9 day rule of lady Jane Grey – have you seen the 1986 movie with Helena Bonham Carter and Cary Elwess?

Queen Virgin likely wasn’t virgin after all but at least she never got married, so the Tudors died out and the Stuarts came to power. During the first Stuart king James I the Gunplot took place. So, actually this clearly was a problem that hasn’t been really solved. Catholic faith was persistent in some families despite Henry VIII’s Reformation and the more they felt oppressed by the government, the more extreme their response got. Now I hope you see that the feud between catholics and anglicans hasn’t just sparkled out of nowhere.

As for the Gunplot itself, Robert Catesby was the leader of it, not Guy Fawkes. Robert wished to see a Catholic monarch ruling England so he decided to organise a revolt against James I – and he organised it quite well. In his mind, it should’ve started with blowing up the king and numerous members of the Parliament at the State Opening of the Parliament. 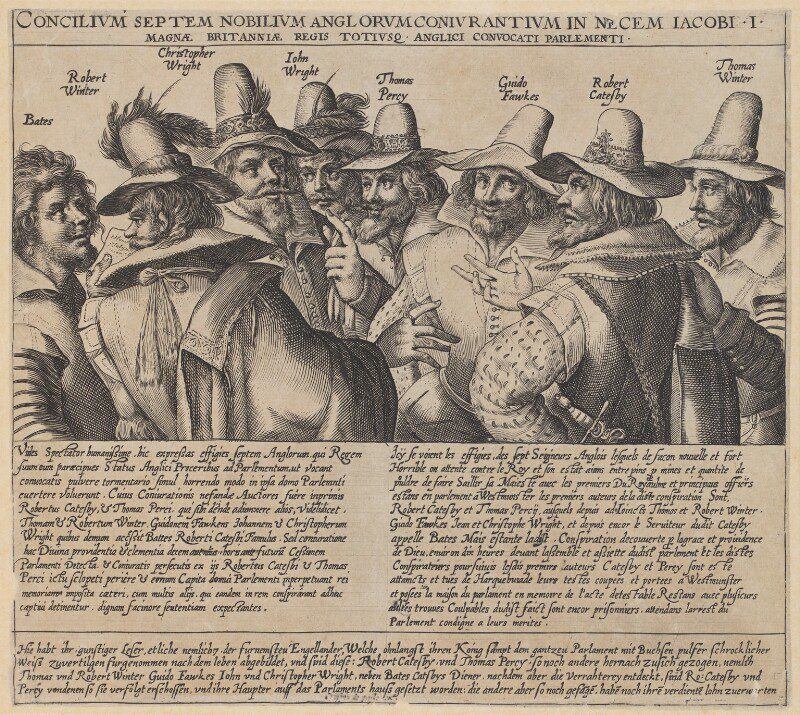 Barrels of gunpowder were placed under the building, everything seemed to be ready. Guy Fawkes was the guy who actually had to blow the explosives under the building of the Parliament and to flee abroad while others were outside of London preparing next steps of the revolt. What happened next – well, no one knows for sure. The most common version is that one of the conspirators wrote a warning note to a member of Parliament with whom he was friends. Consequently, the plot was discovered – that’s the point where Guy Fawkes became a main character – sitting quietly under the parliament, ready to blow it up. Guards sent to search the Parliament found him with his pockets full of incriminating evidence. A further search revealed explosives hidden all around the place. Fawkes was arrested, tortured at the Tower of London – and finally he revealed the names of other catholics involved. 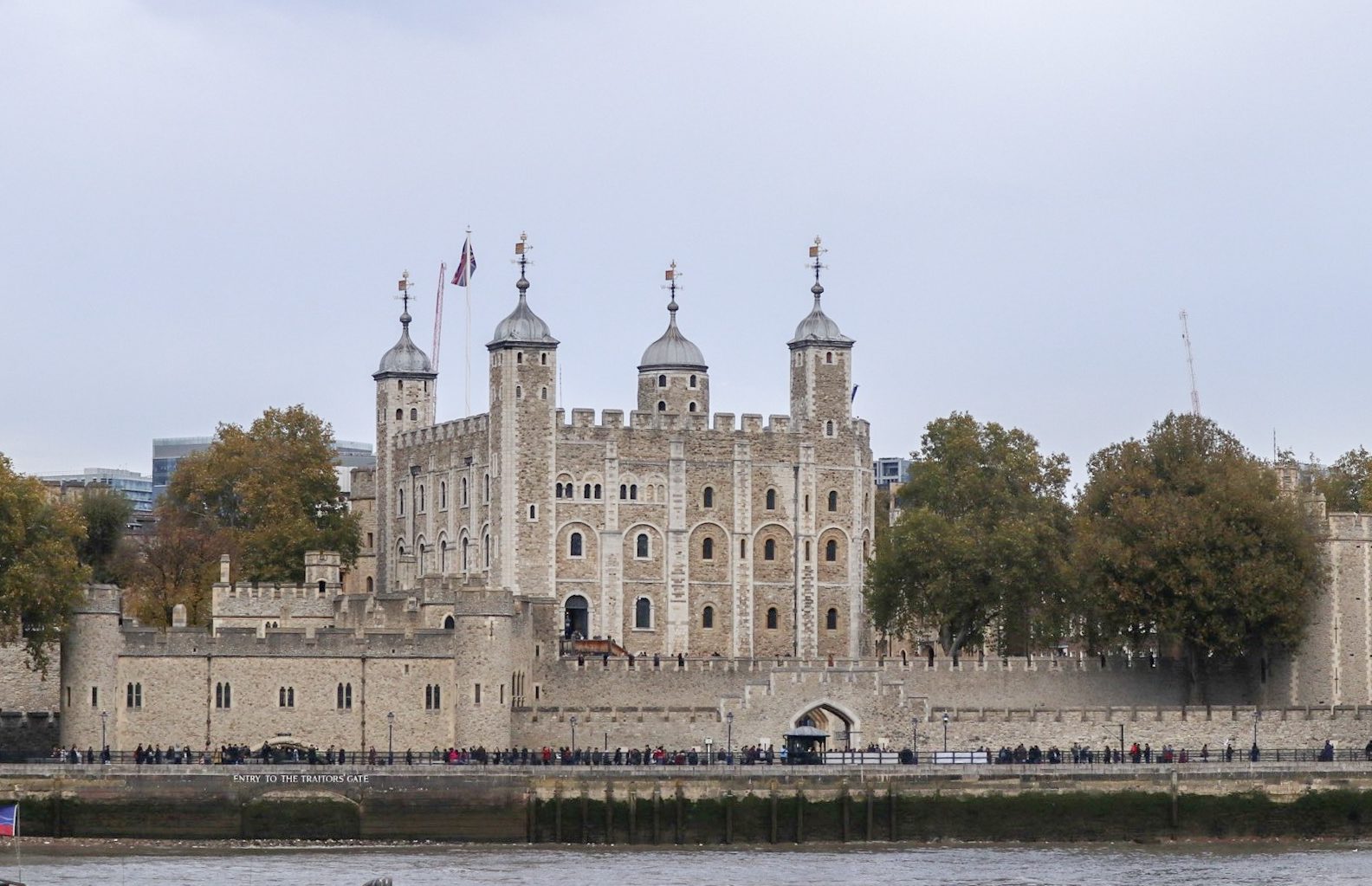 Consequently, all the conspirators were arrested, violently tortured and killed. Interestingly, Guy Fawkes managed to escape the punishment (sort of) – sentenced to a horrific execution (to be hanged, drawn and quartered) reserved for the traitors , he managed to hang himself in the very beginning of it… 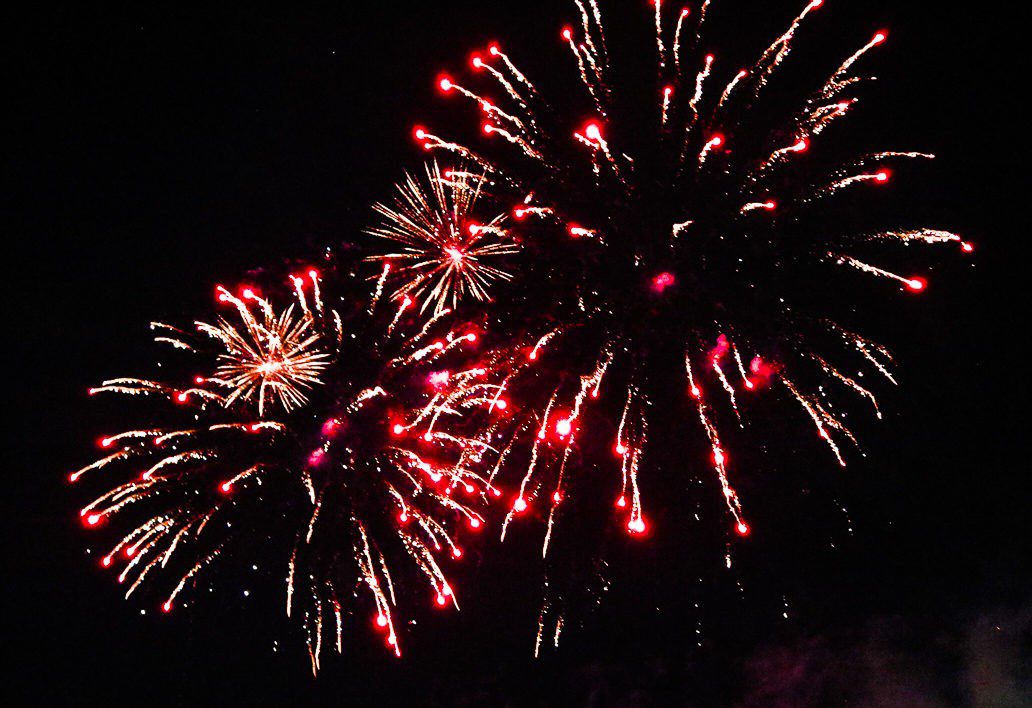 Only two centuries later catholics and protestants were made even from the legal standpoint, although to this very day, catholics cannot become Prime Ministers (or openly be one – Tony Blair, for example, had to declare himself to be anglican while he was in the office).

Interesting: Kit Harington, a Game of Thrones star who played Robert Catesby in the Gunpowder TV series, is actually his distant descendant.

Hope you enjoyed my today’s blogpost!

1 thought on “How to master a Bonfire Night”

Don’t miss the souks in Dubai, the authentic Arabic markets!

Learn about the best dishes of Portuguese cuisine!

The Grove: history and modern times

Head to The Grove hotel for the best relaxed stay near London!

Read about an opening of Mariage Frères’ French tea club in the UK!

Ahoy! Have you ever been on a cruise?