One day to remember in Saint Petersburg

You’ve finally reached Saint Petersburg but are very limited in time? Don’t you worry – use my guide!

Such a shame if you have just one or two days to explore Saint Petersburg because this city is just breathtaking! I must sincerely admit that one day is not enough to see Saint Petersburg. A week would be a more appropriate time frame 🙂 Nevertheless you can see quite a lot if you aren’t too lazy. 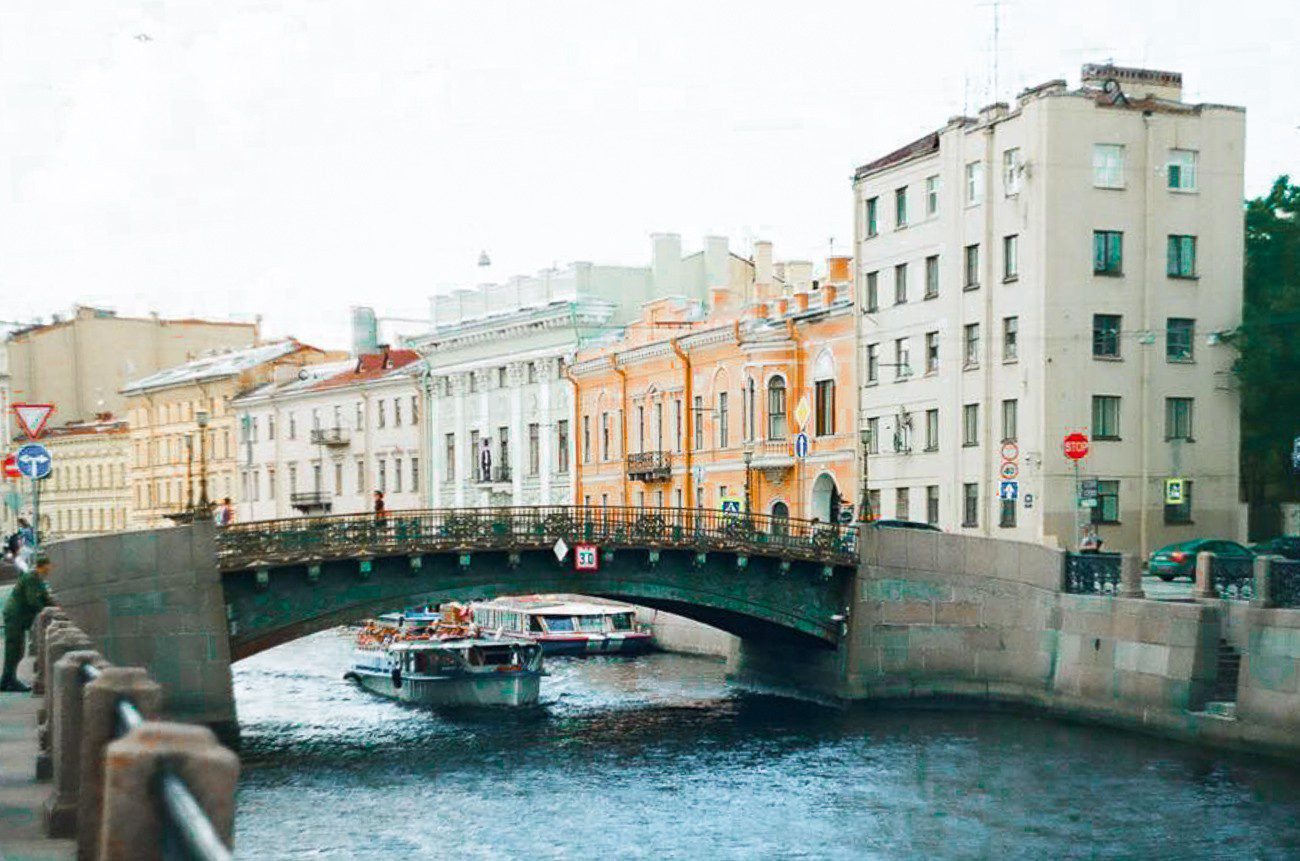 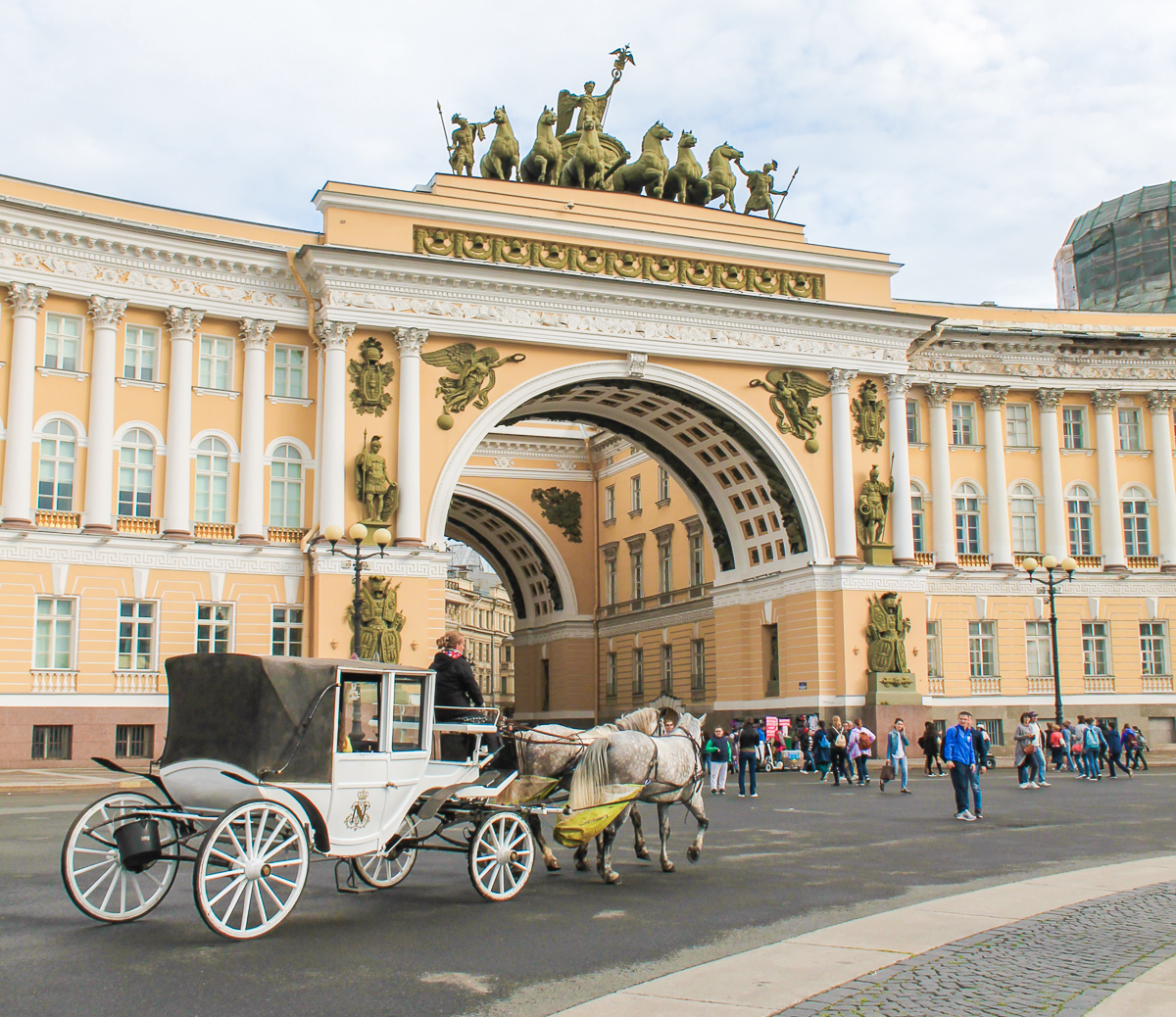 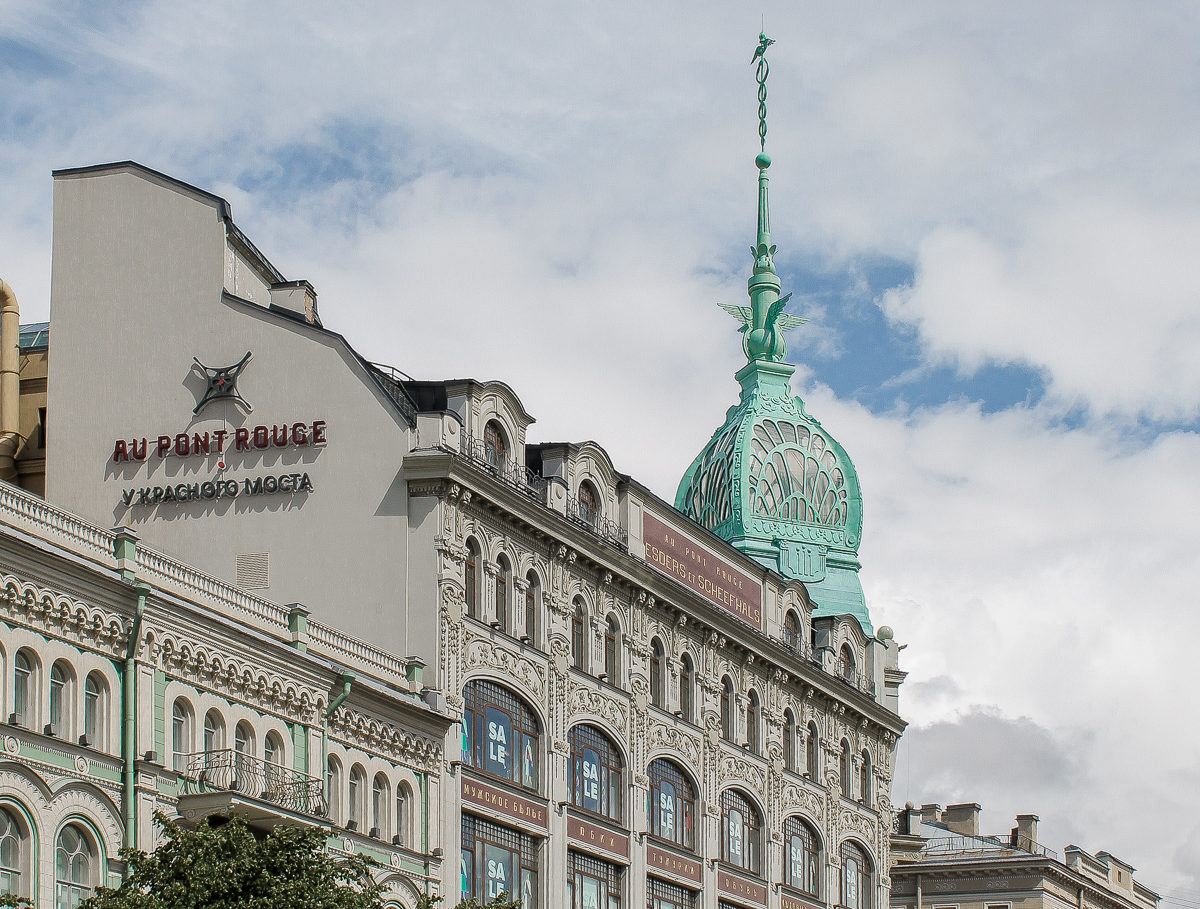 I know that a lot of my friends (both Russians and foreigners) go to Saint Petersburg for one night hoping to see some part of the city upon their arrival and spend the second day checking what’s left or going to visit the multiple palaces in a close reach from the city. So, although it wasn’t easy I had to be selective in choosing places to recommend to you. Hope that with my guide you’ll be able to distinguish the must-must-see spots as opposed to simply the must-see ones! 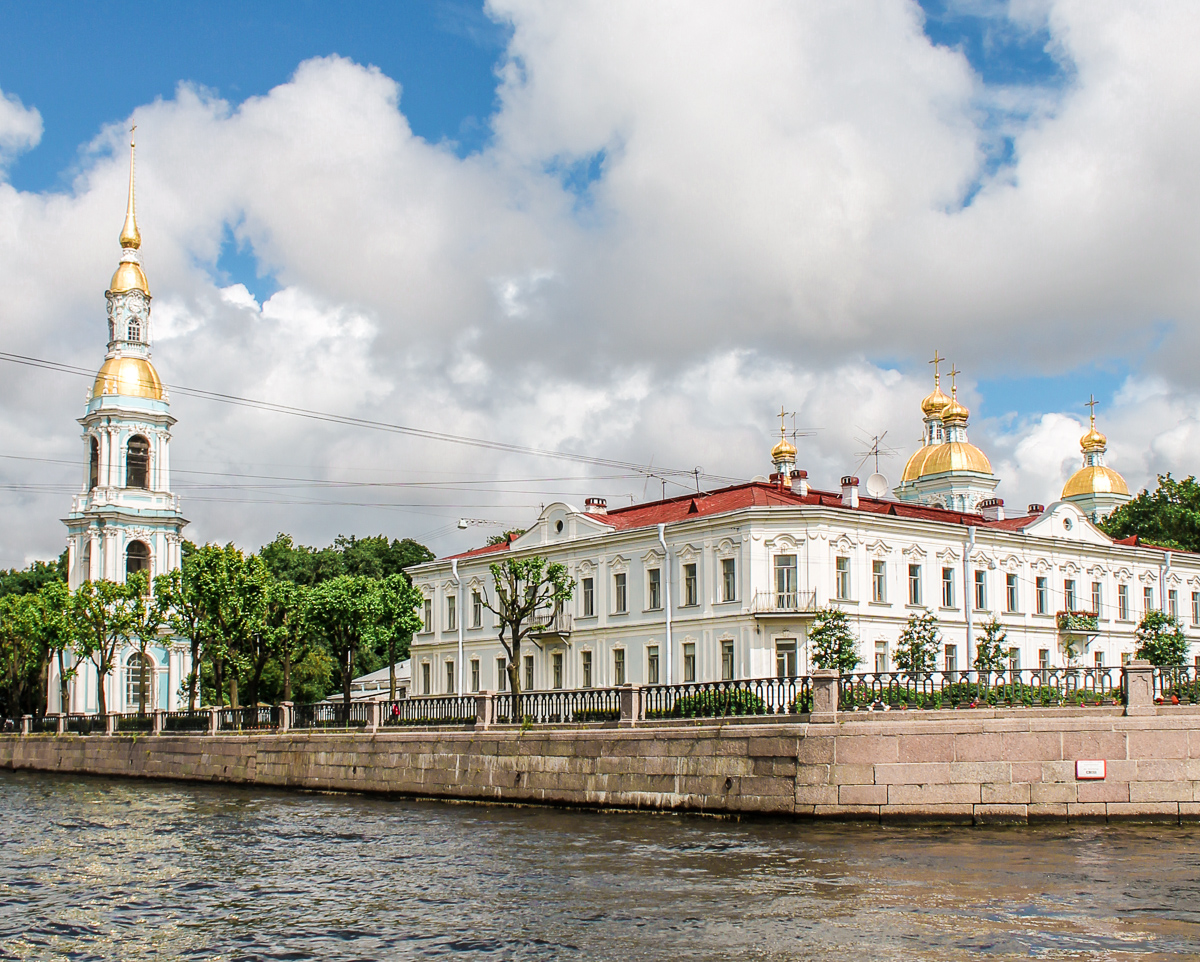 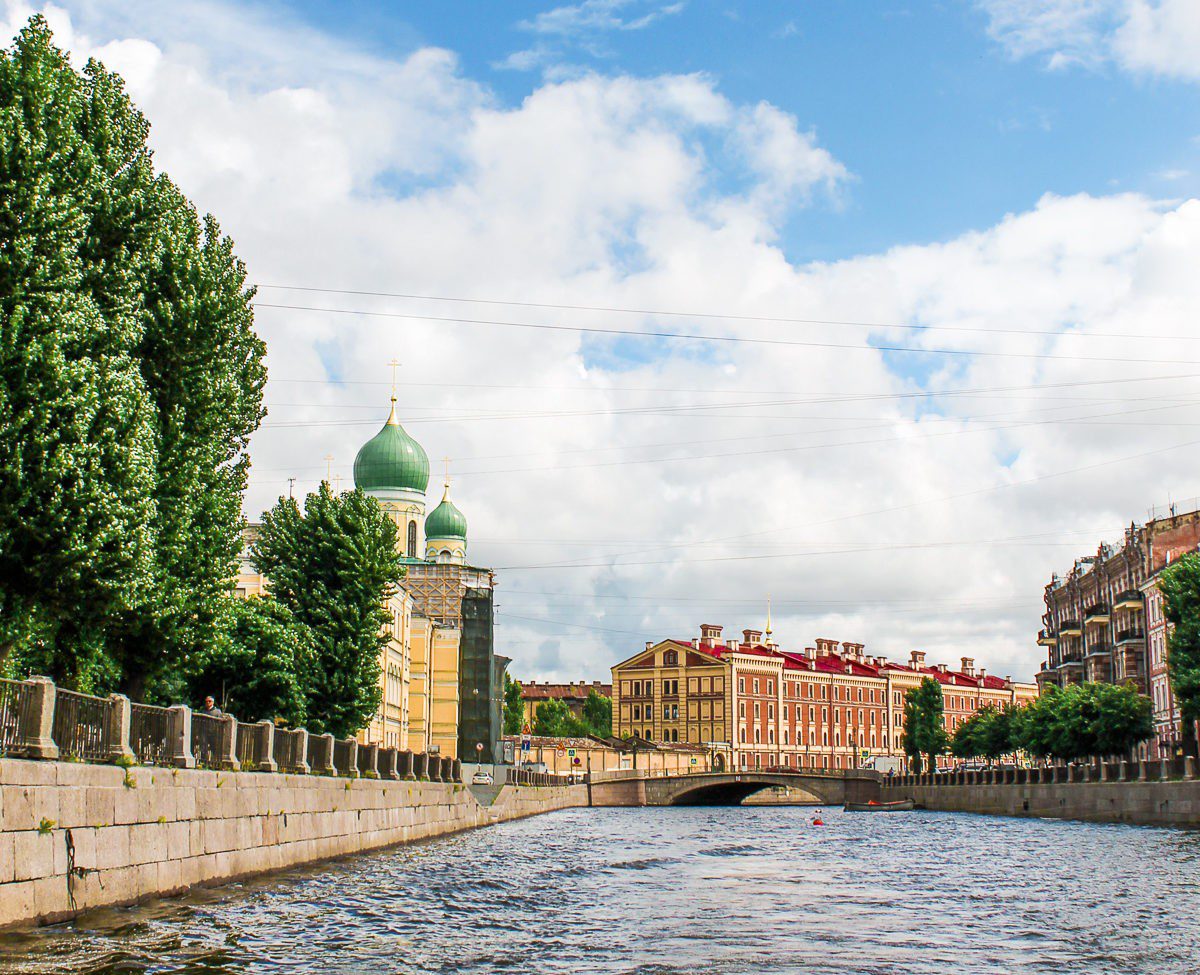 Main things you need to know about Saint Petersburg are that it’s a young city – just a bit over 300y! – which had a really intense life and was in the heart of the majority of Russian historical events of the last few centuries.Built to become a new Westernized Imperial capital, a constant rival of Moscow, home to so many incredible literature, art, political and scientific minds, made its way through the Russian Revolution and the siege of the WWII, famous for its cultural heritage, canals and white nights – I’m sure you will fall in love with it!

Don’t be confused – there are so many names locals use for their city such as ‘Leningrad’, ‘Petrograd’ (the city was renamed several times for political reasons and sometimes you can meet the old official names used) or ‘Peeter’ (the short form of Saint Petersburg). I also have a special link with this city: an entire branch of my family comes from Saint Petersburg. No surprises that I like it much more than Moscow 🙂 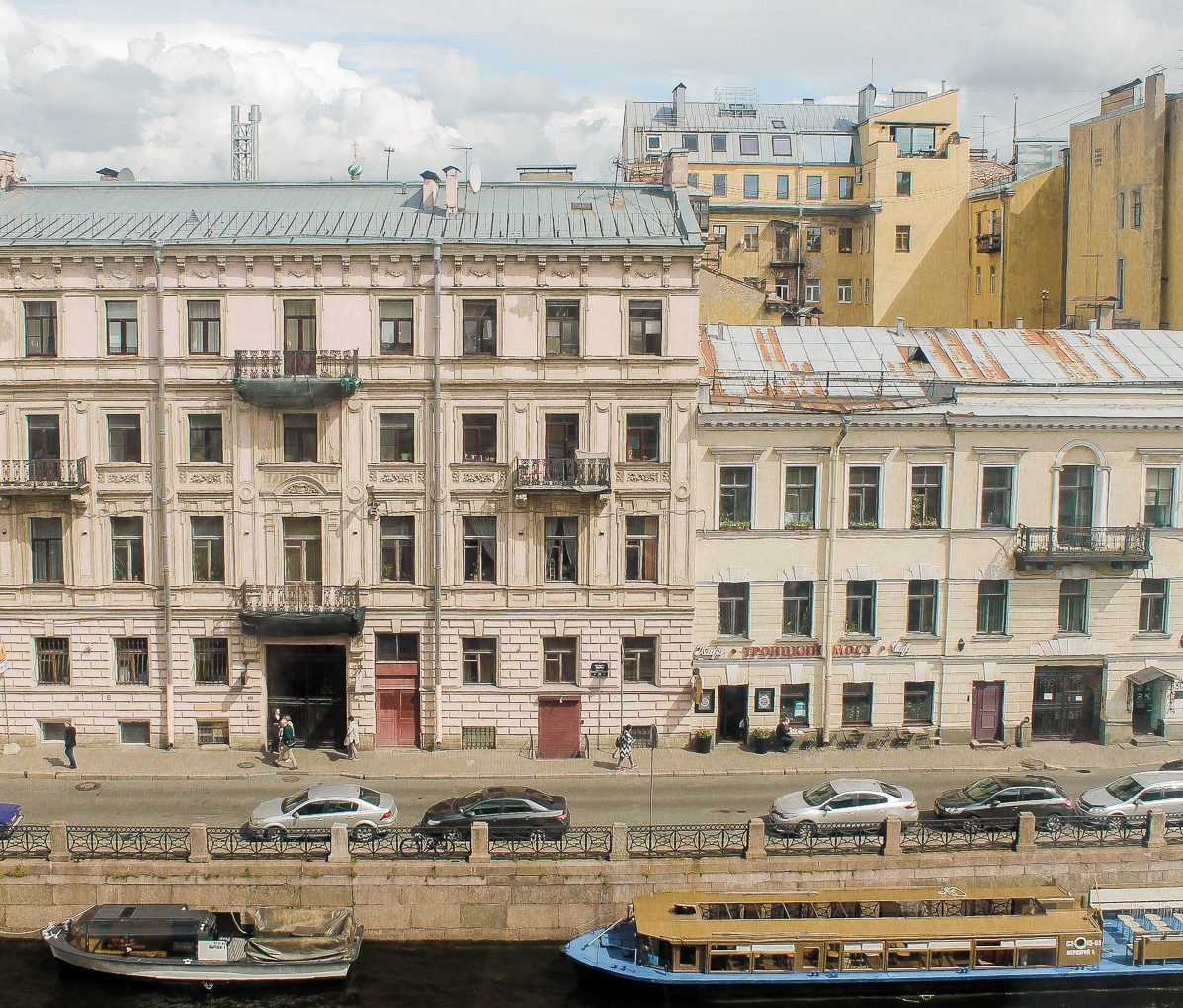 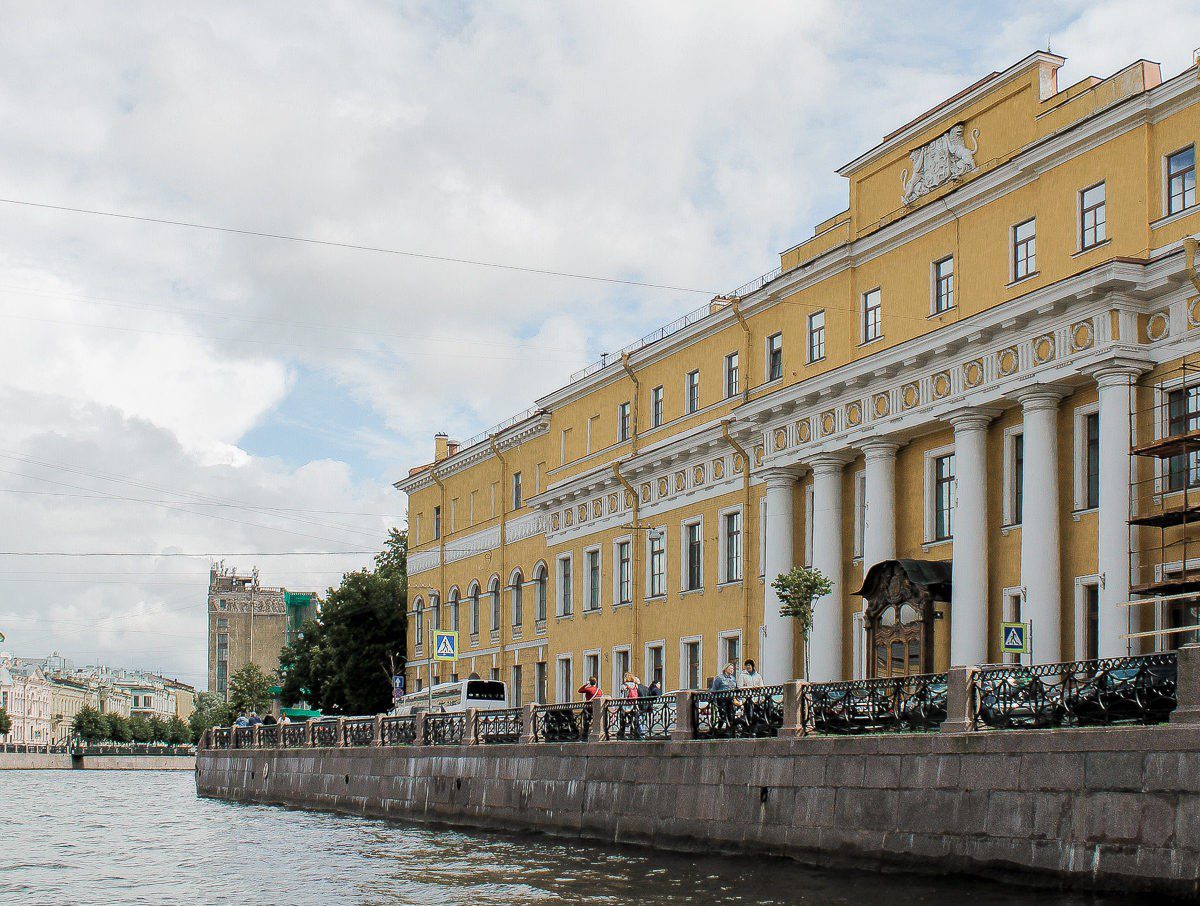 Nevsky Prospect, the main street of Saint Petersburg, wide, long and beautiful. If you arrive from Moscow by train, Moscow station is located right on the Nevsky Prospect.

Another unmissable location on the Nevsky is Anichkov Bridge over the Fontanka River- you might’ve already heard this name because it’s mentioned in so many Russian books! It’s named after its engineer and is also notable for its Pyotr Klodt’s Horse Tamers statues.

Tip: if you love Russian literature and unease of Fyodor Dostoevsky’s masterpieces, make sure you visit his former flat which is now Memorial Museum of his name! Anna Akhmatova Museum and Faberge Museum are in a short walk off Nevsky and along the Fontanka.

Church of the Savior on Spilled Blood 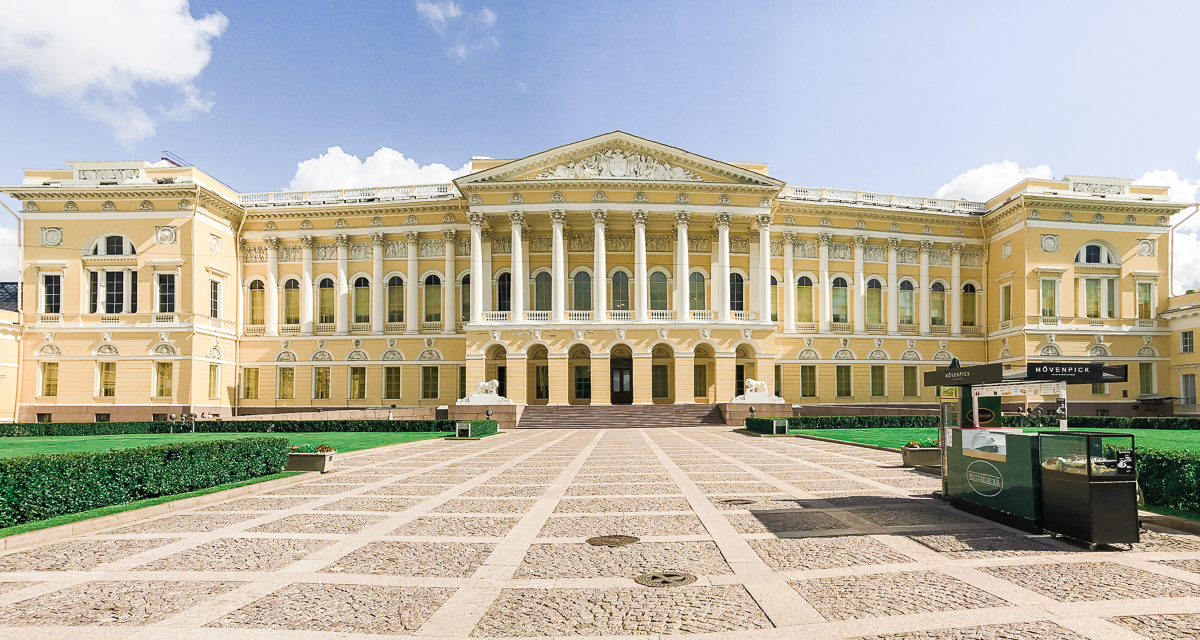 The State Russian museum, which main building is former Mikhailovsky Palace, is right behind the Church of the Savior on Spilled Blood. It hosts the largest collection of Russian art. 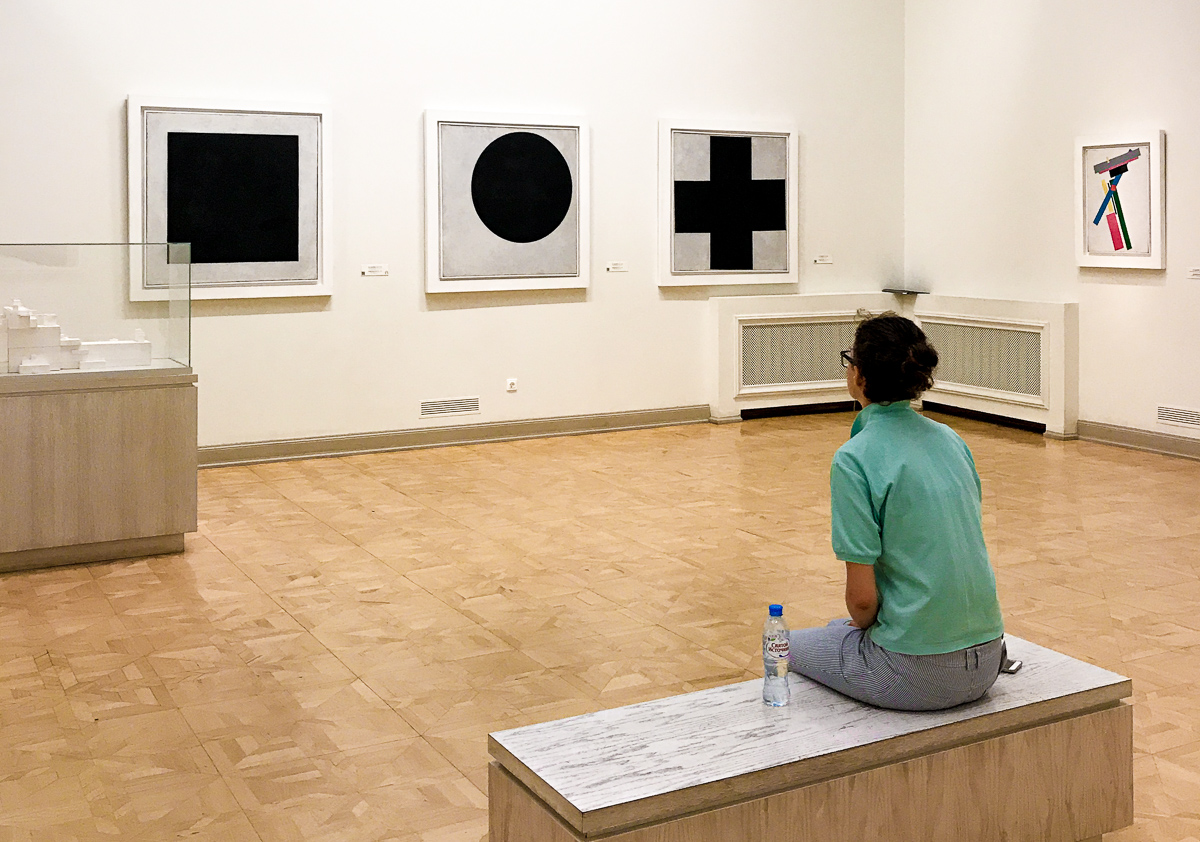 If you decide to visit it, come to the the very opening of it as it gets way too crowded soon after.

To dive deeper into the Russian culture, book tickets to Mariinsky Theatre! Constructed in 1860, it was named after the wife of the Russian tsar Alexander II Empress Maria. Mariinsky Theatre inherited the glory and the importance of Imperial Bolshoi Kamenny Theatre both in ballet and opera – now there is a Saint Petersburg Conservatory located in the spot with just a small part of the original Imperial Bolshoi Kamenny Theatre surviving. Many world famous Russian composers premiered their masterpieces on the stage of Mariinsky Theatre. 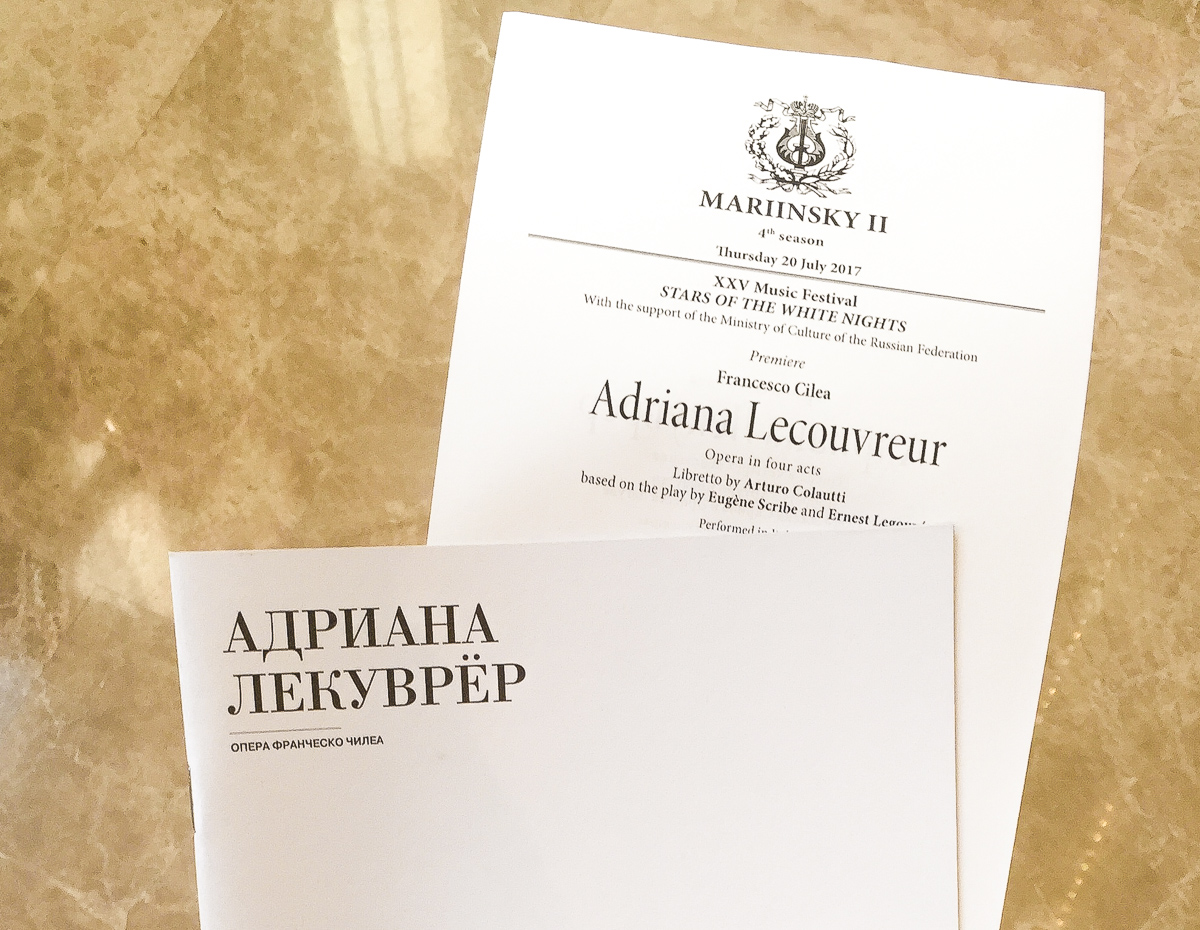 Continue strolling along the Nevsky – and you’ll see the iconic Kazan Cathedral with many columns both outside and inside that might remind you a bit of the St Peter’s in the Vatican.

It’s one of the most recognizable Russian Orthodox churches – but for several decades under the USSR government it hosted the Museum of the History of Religion and Atheism.

Follow the Nevsky and in 15 min you’ll find yourself near the Admiralty building, former Imperial Navy headquarter. The triumphant Bronze Horseman monument to Peter the Great, on the Senate Square is a few minutes away  and is flanked by the Senate and Synod Building. If you’re interested in Russian and European history, please read more about this famous Russian ruler who turned the country upside down with his progressive reforms, made Russia a Naval Empire and, btw, founded Saint Petersburg. 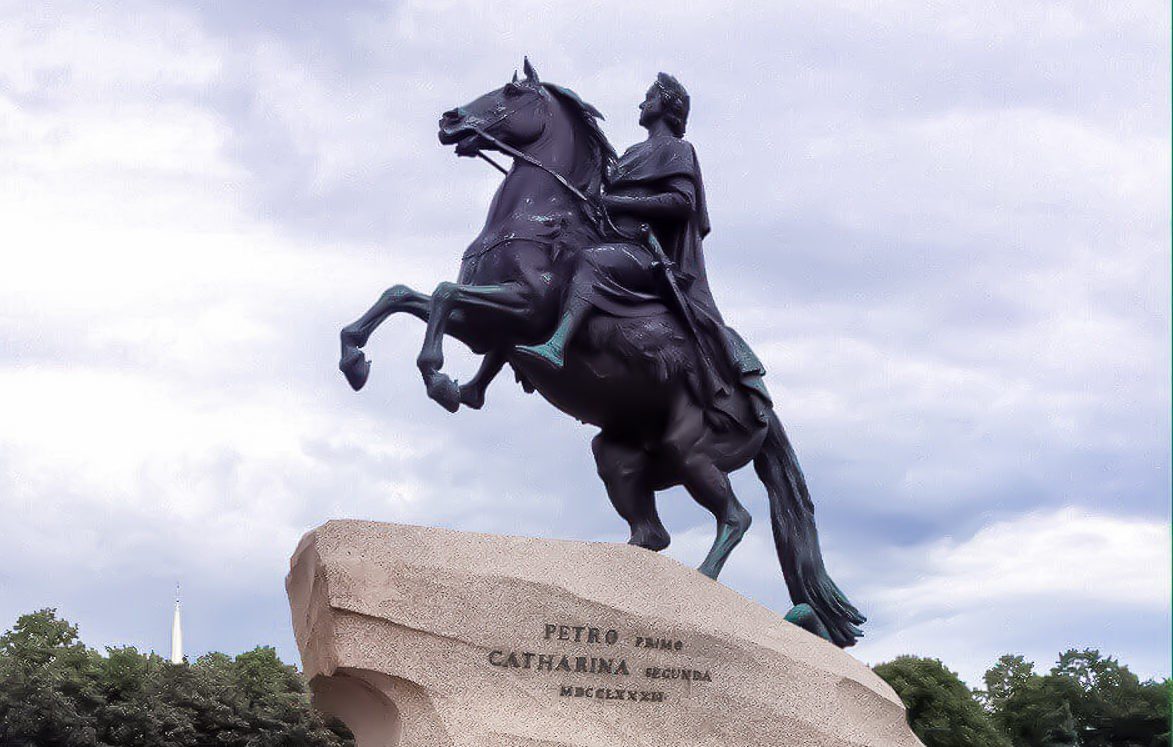 Senate square, or Senatskaya Ploschad, itself is an extremely important place for the Russian history as well. It was one of the first squares  in St Petersburg and is the place where the 1825’s unsuccessful Dekabrist revolt against the new tsar took place.

Interesting: The heaviest stone on which the figure stays contains the engravement mentioning Catherine the Great, Russian Empress of the 18th century that promoted (to some extend) the Enlightenment in Russia. During her rule the first Russian Institute for the Noble Maidens was established – it was called Smolny Institute – read more about it below.

The neoclassical St Isaac’s Cathedral is located nearby, you won’t miss it because the great dome of this huge Orthodox Cathedral is visible from everywhere!

Please make sure you visit the Cathedral itself – inside of it there are a lot of marvellous paintings and mosaics produced by Russian artists. One of the unique features of this building is that it was decorated with the several dozens different materials which include various types of granite, marble, slate, lapis lazuli, malachite, and so on! 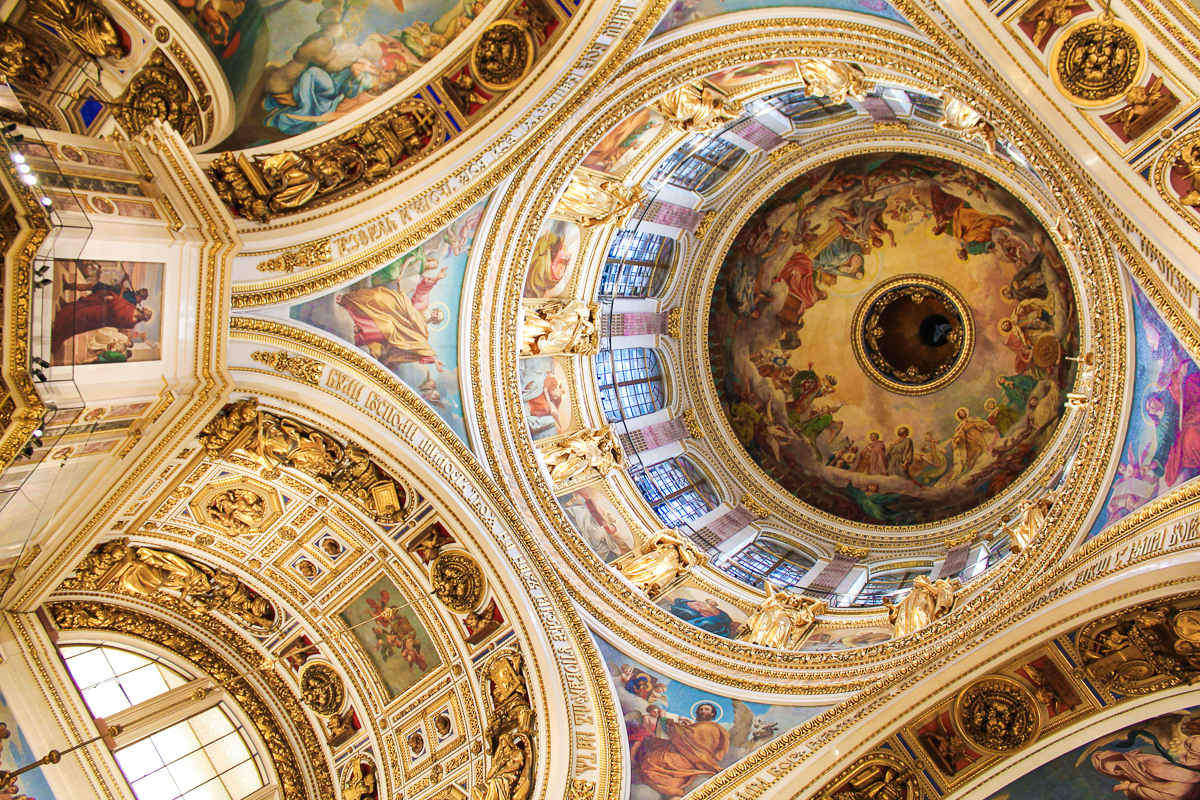 The view over St Petersburg is gorgeous from the height of the 43 meters of the cathedral’s’ outer colonnade!

Tip: You can also buy the tickets for music concerts held inside the St Isaac’s Cathedral as well.

Interesting: The process of construction the St Isaac’s Cathedral took about 40 years!

Walk along the embankment up to the Winter Palace on the Palace Square with the  Alexander Column at its heart. The column was named after one of the Russian tsars Alexander the I and dedicated to his victory over the Napoleon army.

Winter Palace was the main residence of the Russian Royal family for over 2,5 centuries. Rastrelli, the person I’ve already mentioned above, was one of the architects of the Winter Palace. After some aggressive demonstrations the Royal Monarch decided to leave the palace for a quieter space, but still in 1917 Russian revolution stroke and changes the country forever: tsar Nicholas II Romanov and his family were arrested and later assassinated (in 1918). Now the palace contains the art collections of the world – famous Hermitage Museum.

It will take you forever to explore the whole collection of the Hermitage Museum so I would advise you to choose in advance what do you want to see there. My favorite past of the collection is inside the General Staff Building right in front of the Winter Palace.

Interesting: The Historical centre of Saint Petersburg is enlisted as the UNESCO’s World Heritage site.

If your pace is really fast or you were running a marathon through the Hermitage museum, you have a chance to see more in one day! Think about the Field of Mars, Summer Garden and Summer Palace. If you come back to the Embankment, you’ll have a chance to explore the magnificent buildings of Tauride Palace, Smolny Institute and Smolny Convent as well. New Holland Island and Peter and Paul Fortress should also be included in your itinerary if you have time! 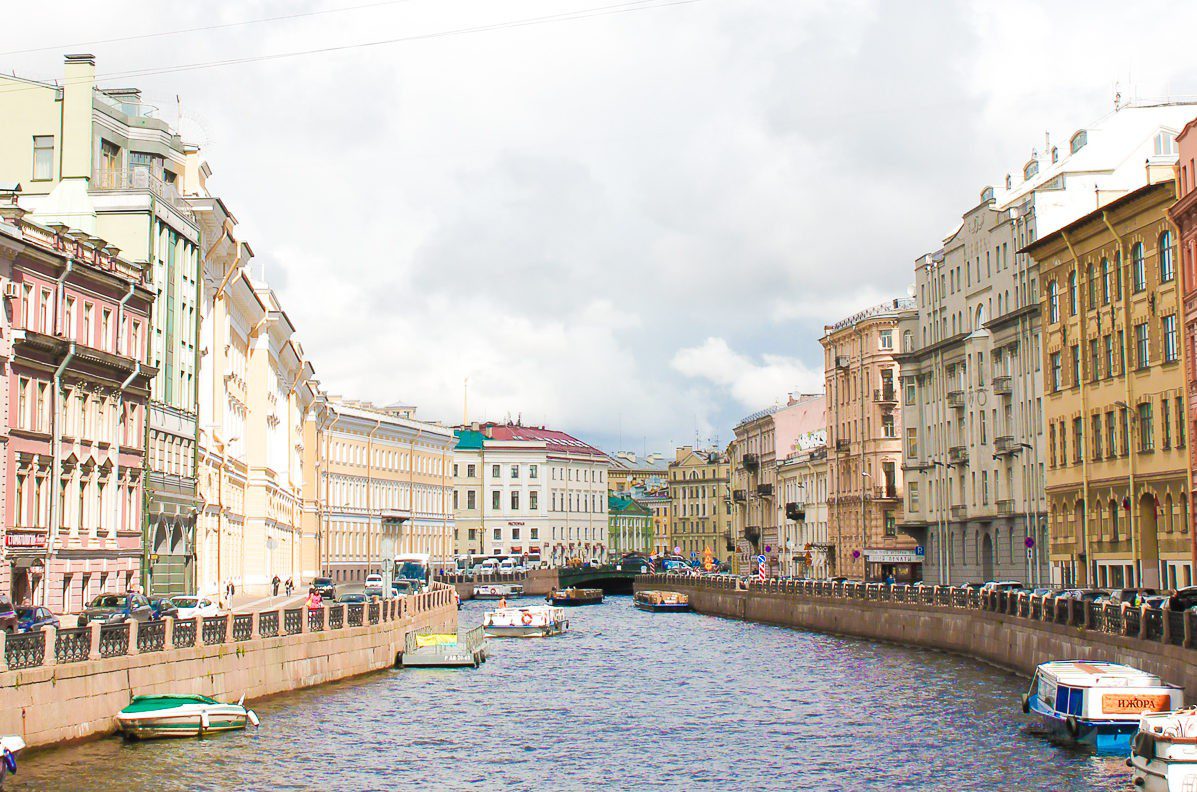 Tip: Saint Petersburg is famous for its canals and bridges. Take a boat ride along the canals (say, Griboyedov Canal) or Neva River, there are plenty different options! And you’ll be able to see the city from a very different angle 🙂 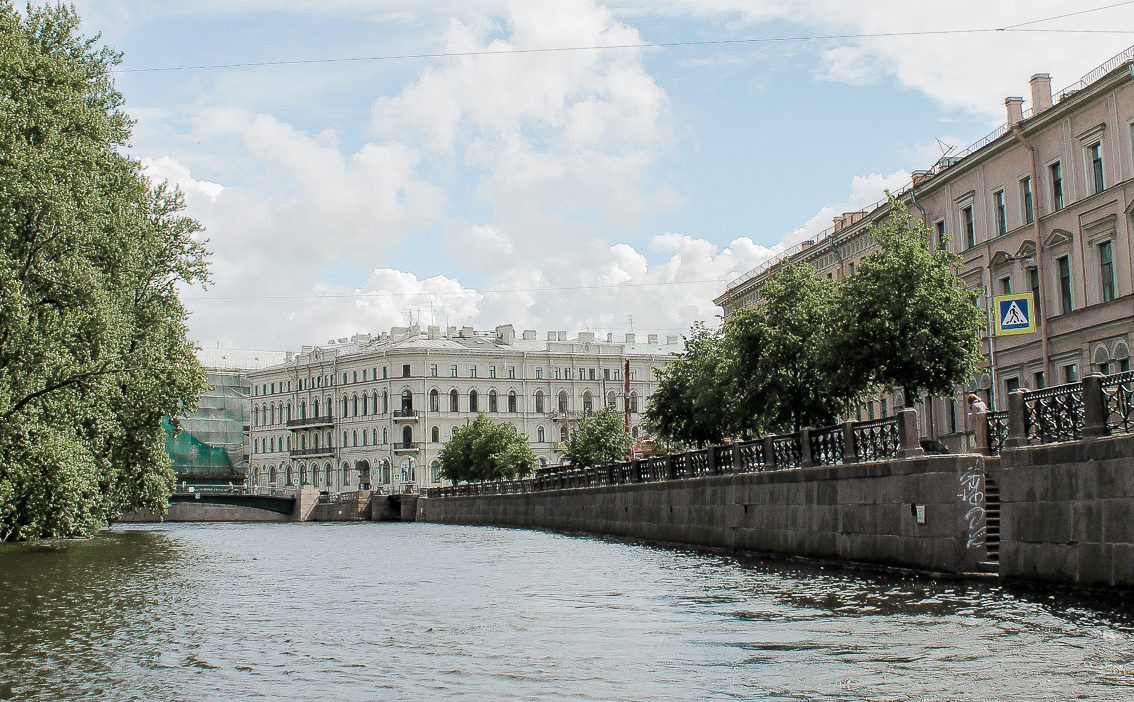 Another places to see in Saint Petersburg if you have time:

It actually have a spare day… the magnificent places outside the Saint Petersburg are in abundance but I would suggest you to focus on Petergof with its splendid gold fontaines (make sure you buy the right tickets, there are many options, some include only the park!) and Tsarskoe Selo with the Catherine Palace, the former Russian Royal residence. 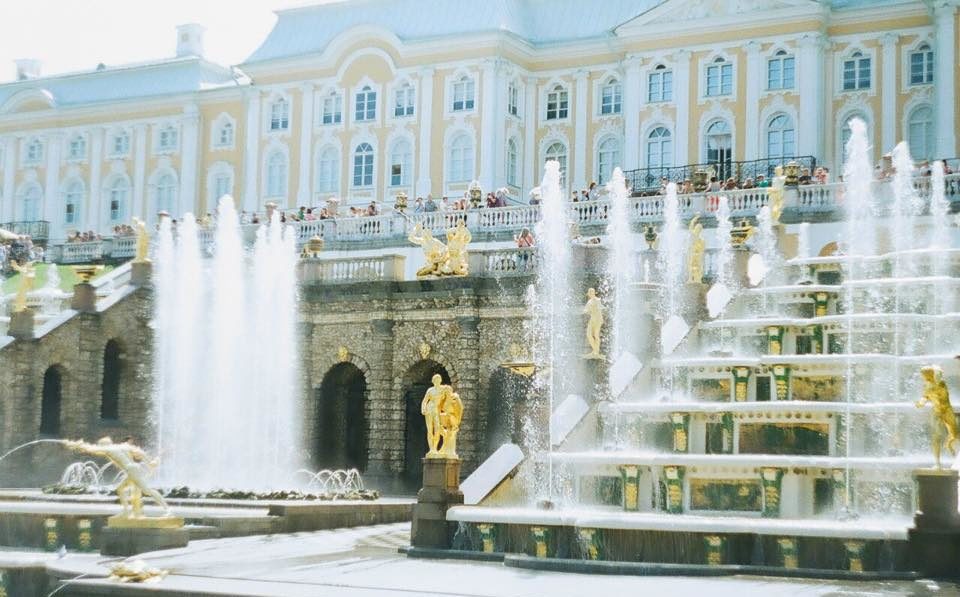 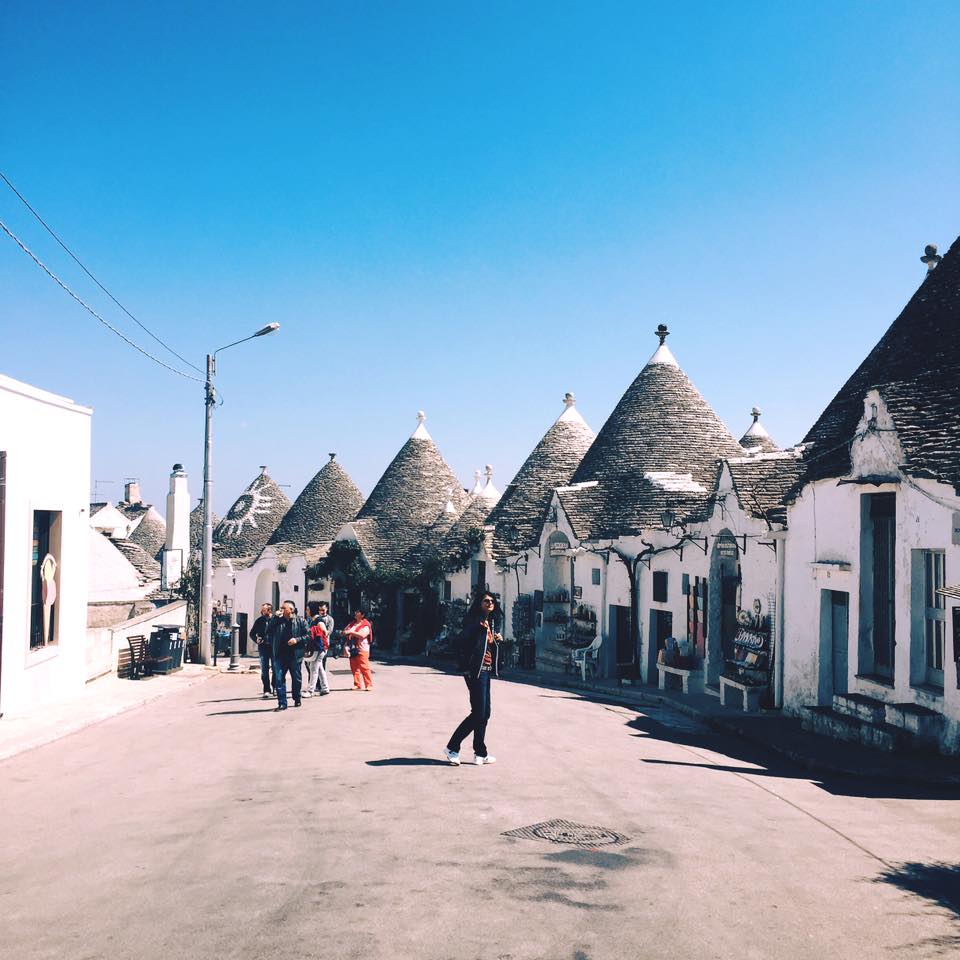