Explore Trento, a wonderful Italian city with an Austrian vibe!

Have you ever been to Trento, a beautiful Italian city in the Trentino region? Probably not. It’s often not regarded by tourists as a visit-worthy destination – and this is a big mistake! 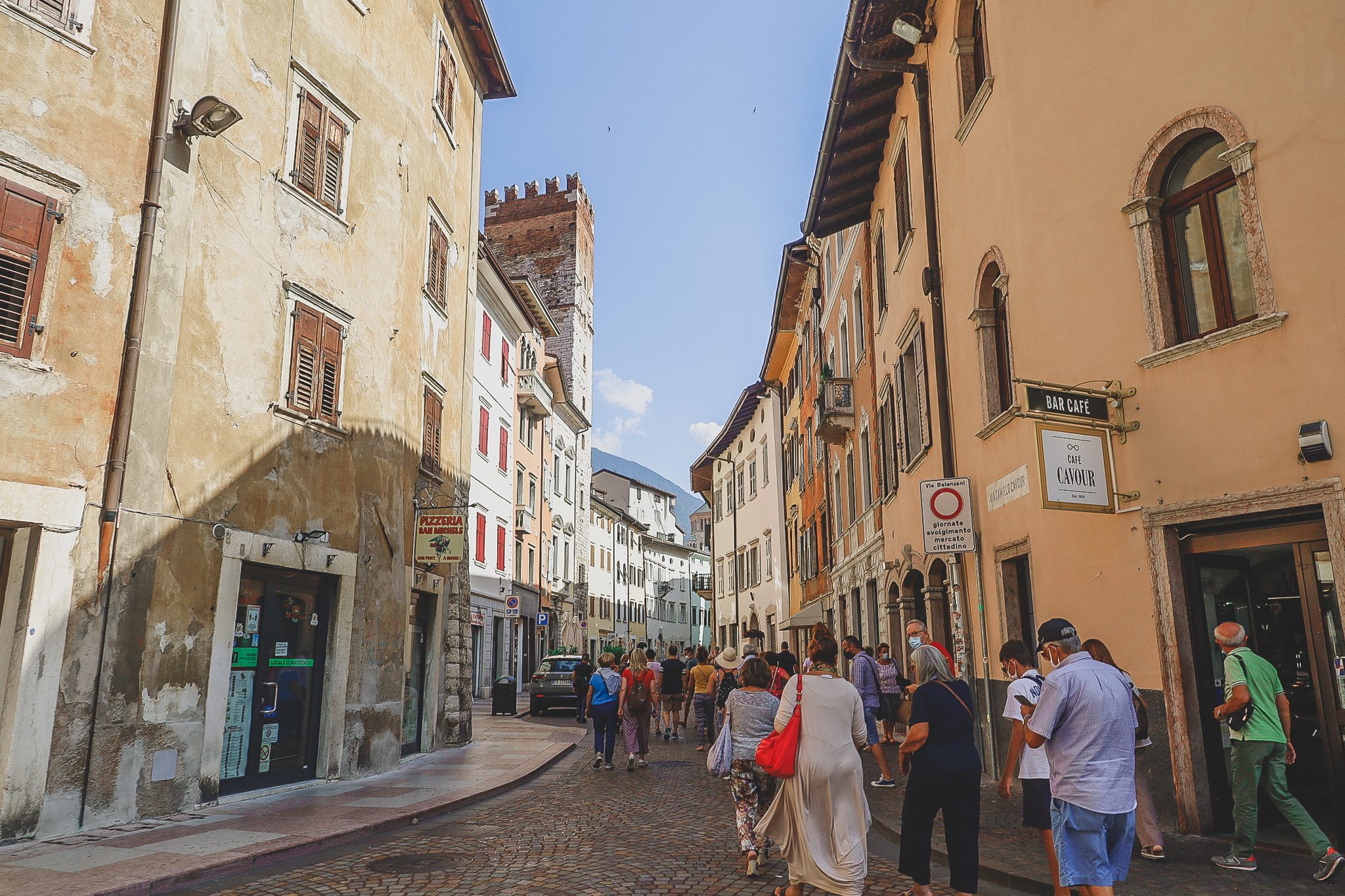 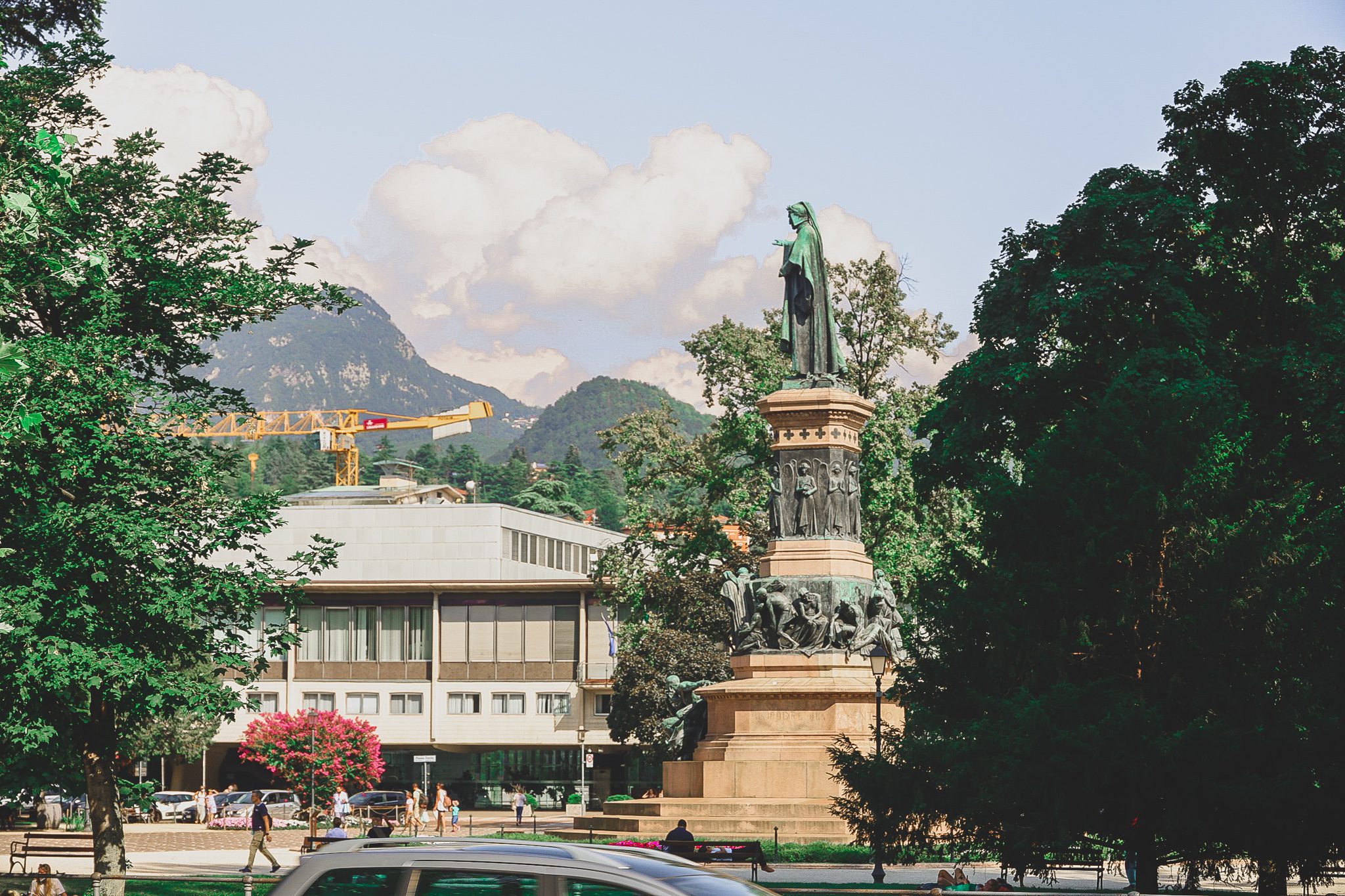 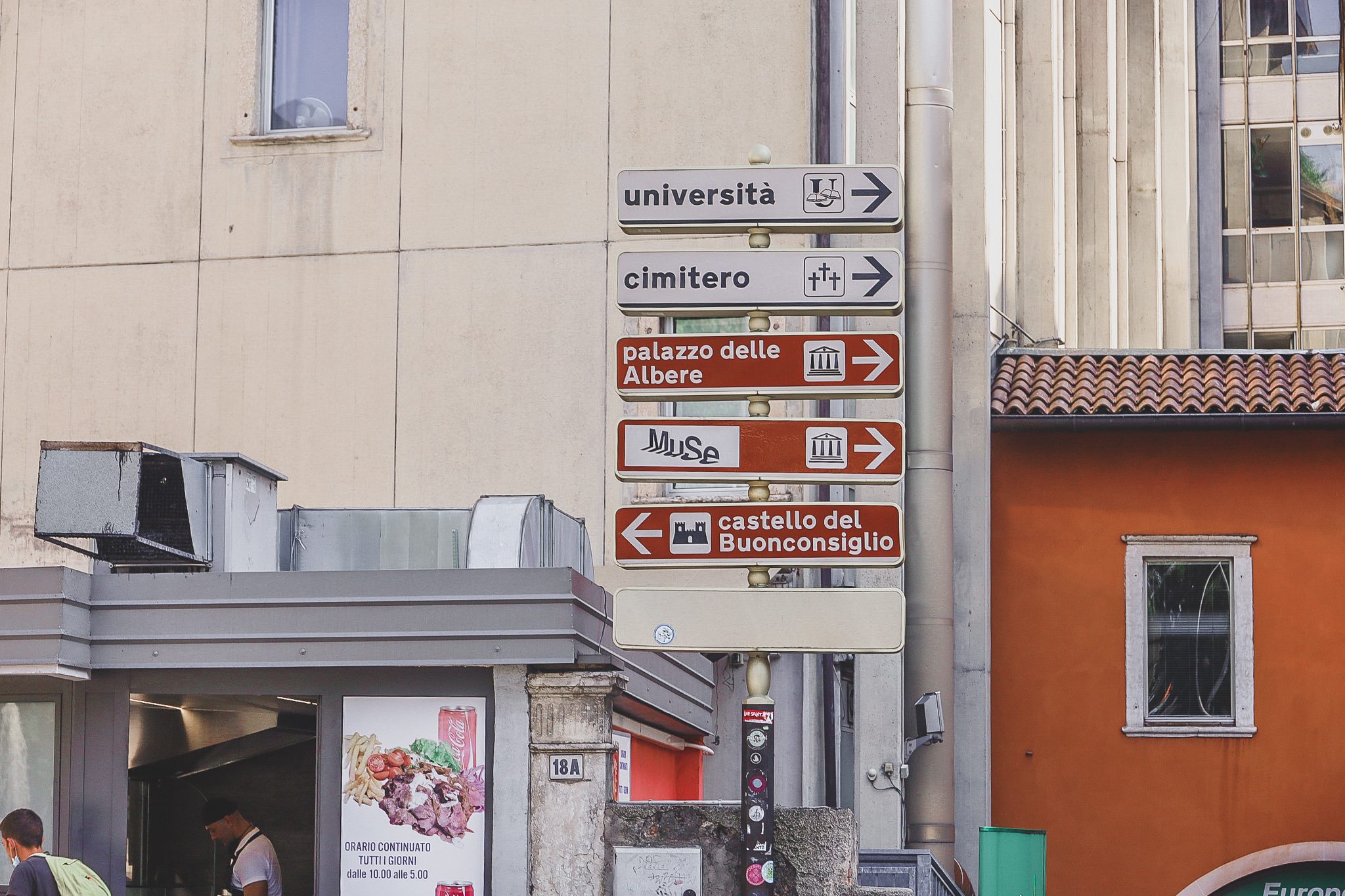 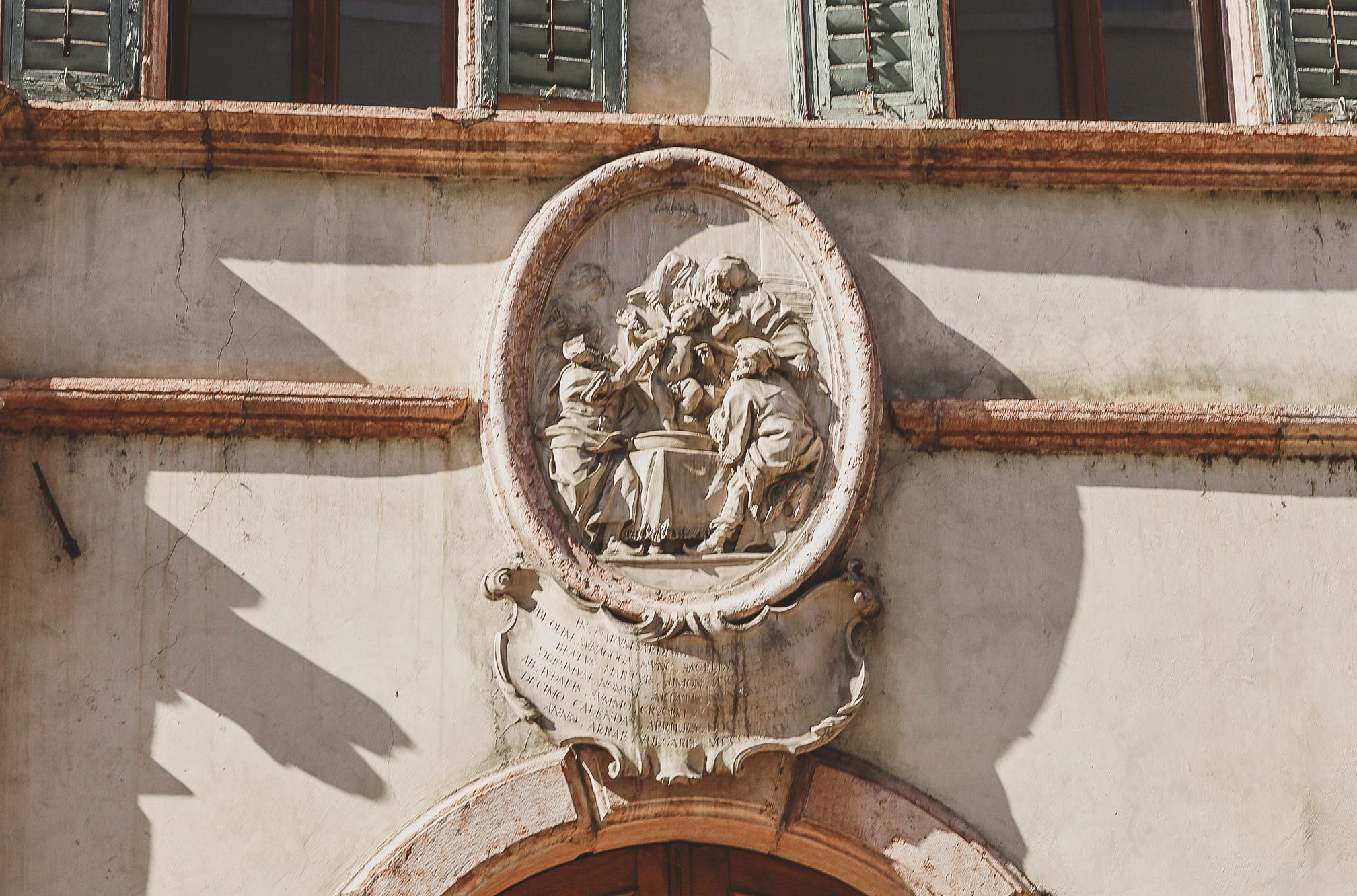 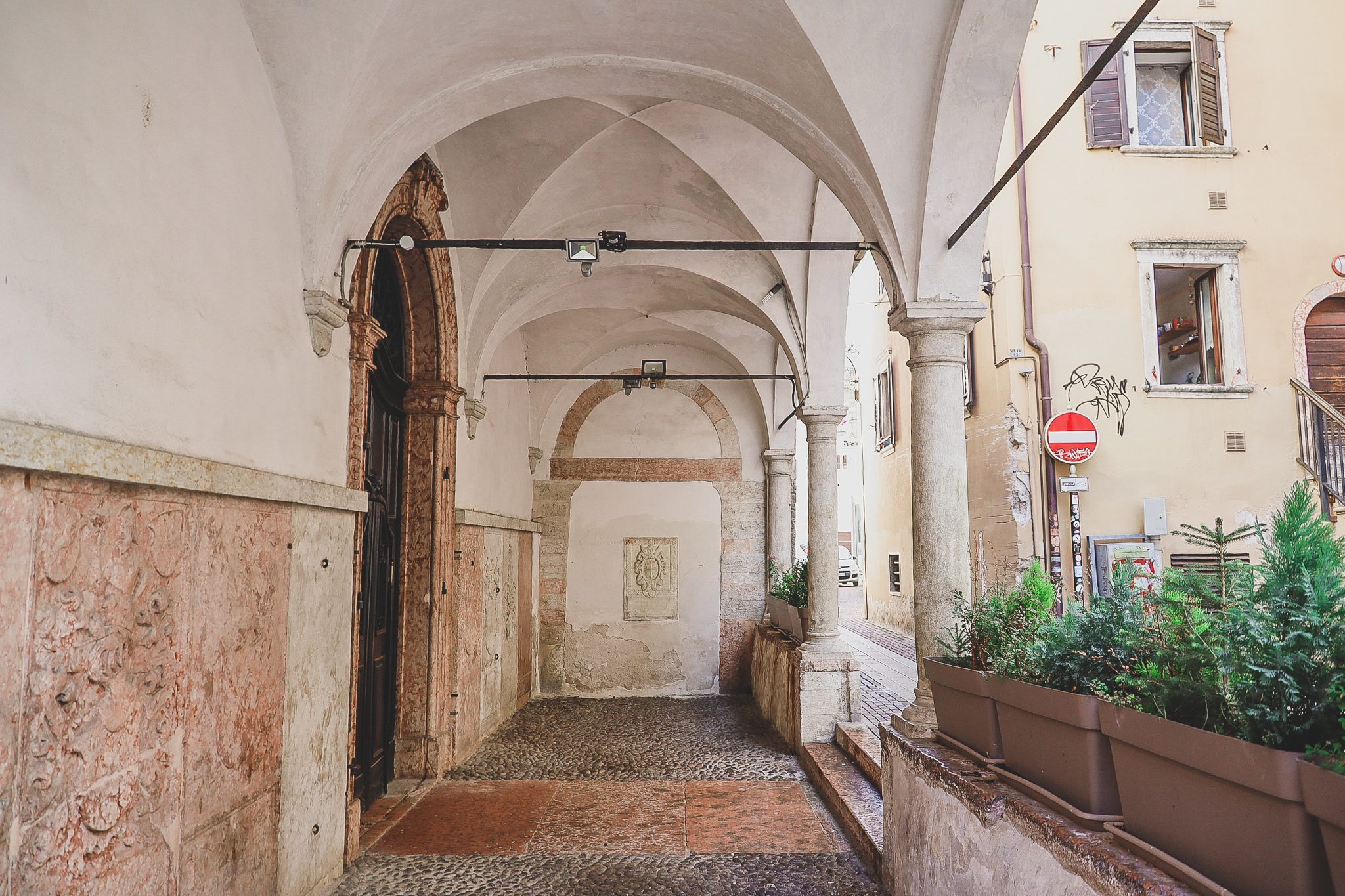 Tranto is located where once a Roman city called Tridentum stood. This is the place where the anti-reformation Council of Trent sat, where Maximilian I from the Habsburg dynasty was crowned (see more about him in my blog about Innsbruck). It was under Austrian rule for a long time and joined Italy only about a century ago. See below what are the main sights of Trento which lay within its historical centre and easily accessible from the train station.

Duomo di Trento, also known as the Cathedral of San Vigilio and located on the Piazza del Duomo, dates back to the 11-12th centuries and has been renovated under the Romanesque influences. San Vigilio is considered the patron saint of Trento. 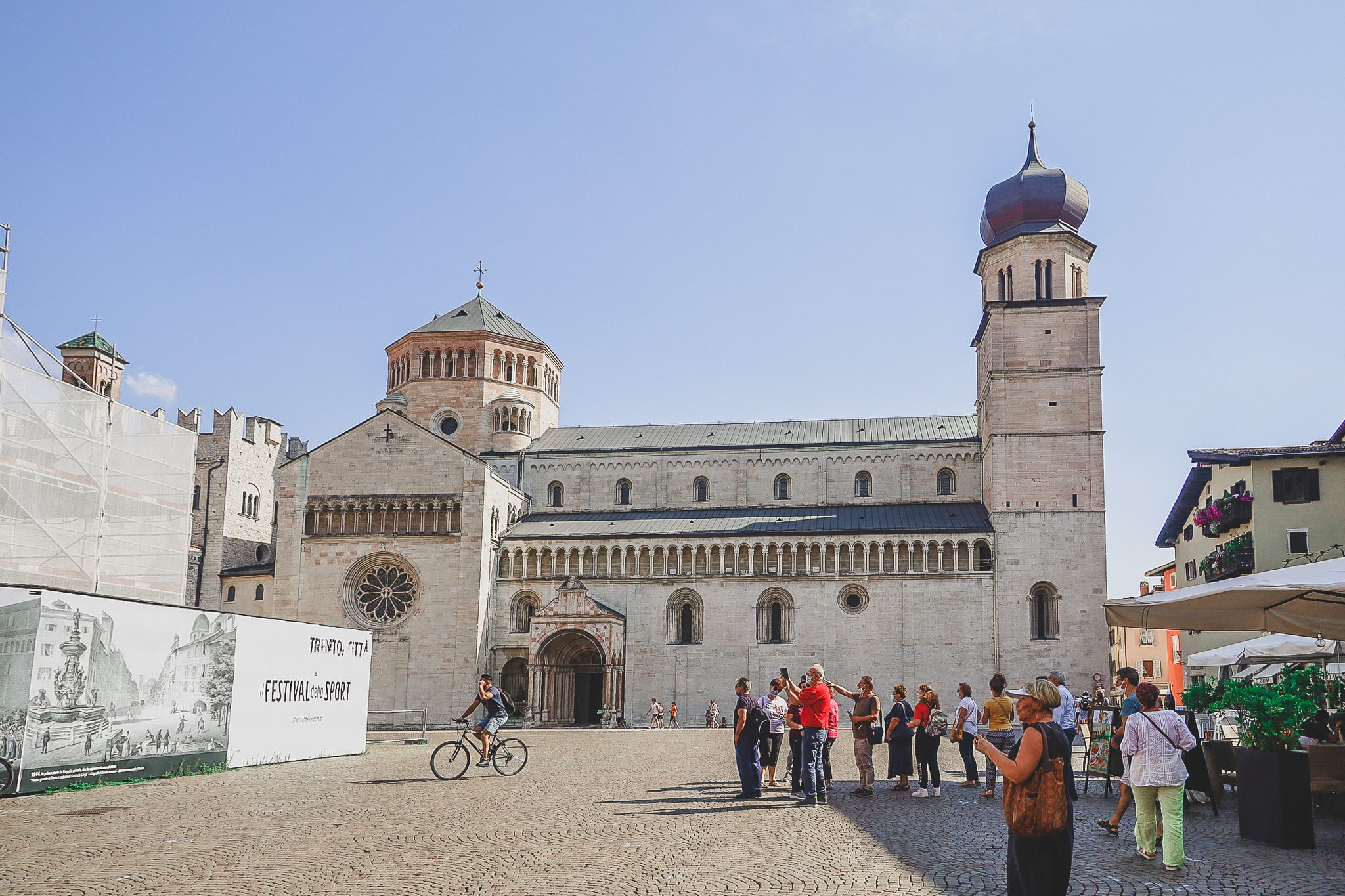 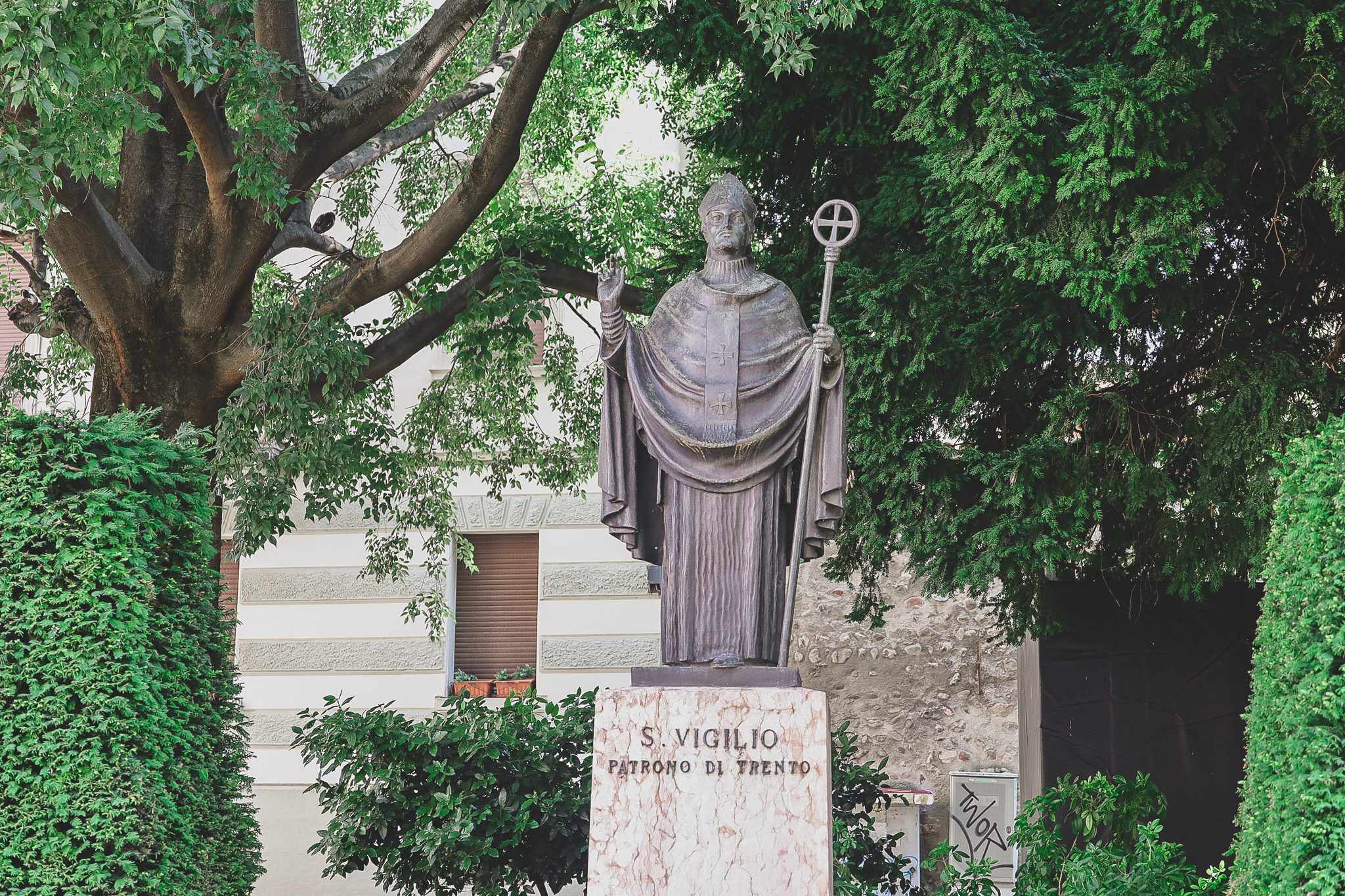 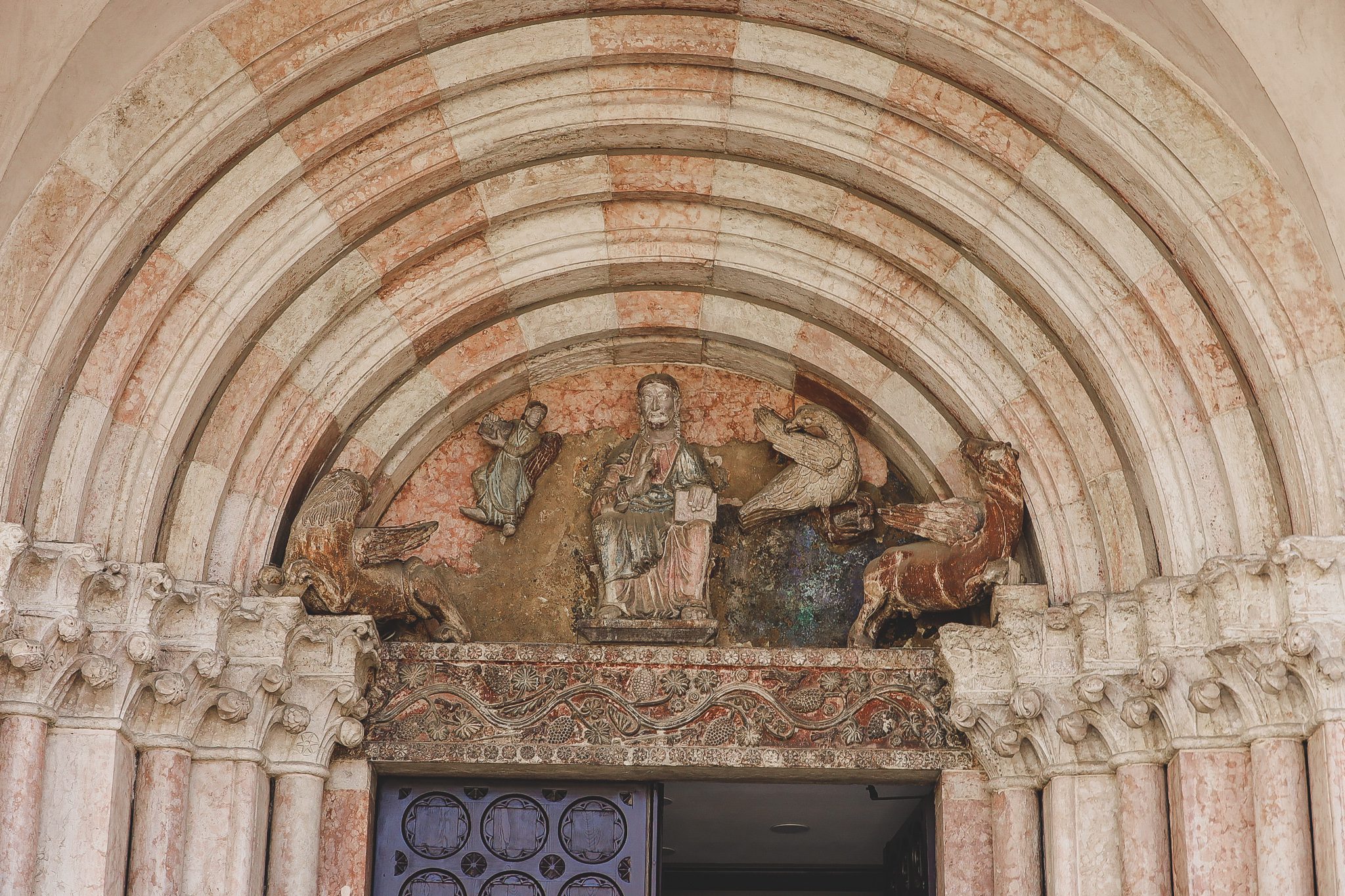 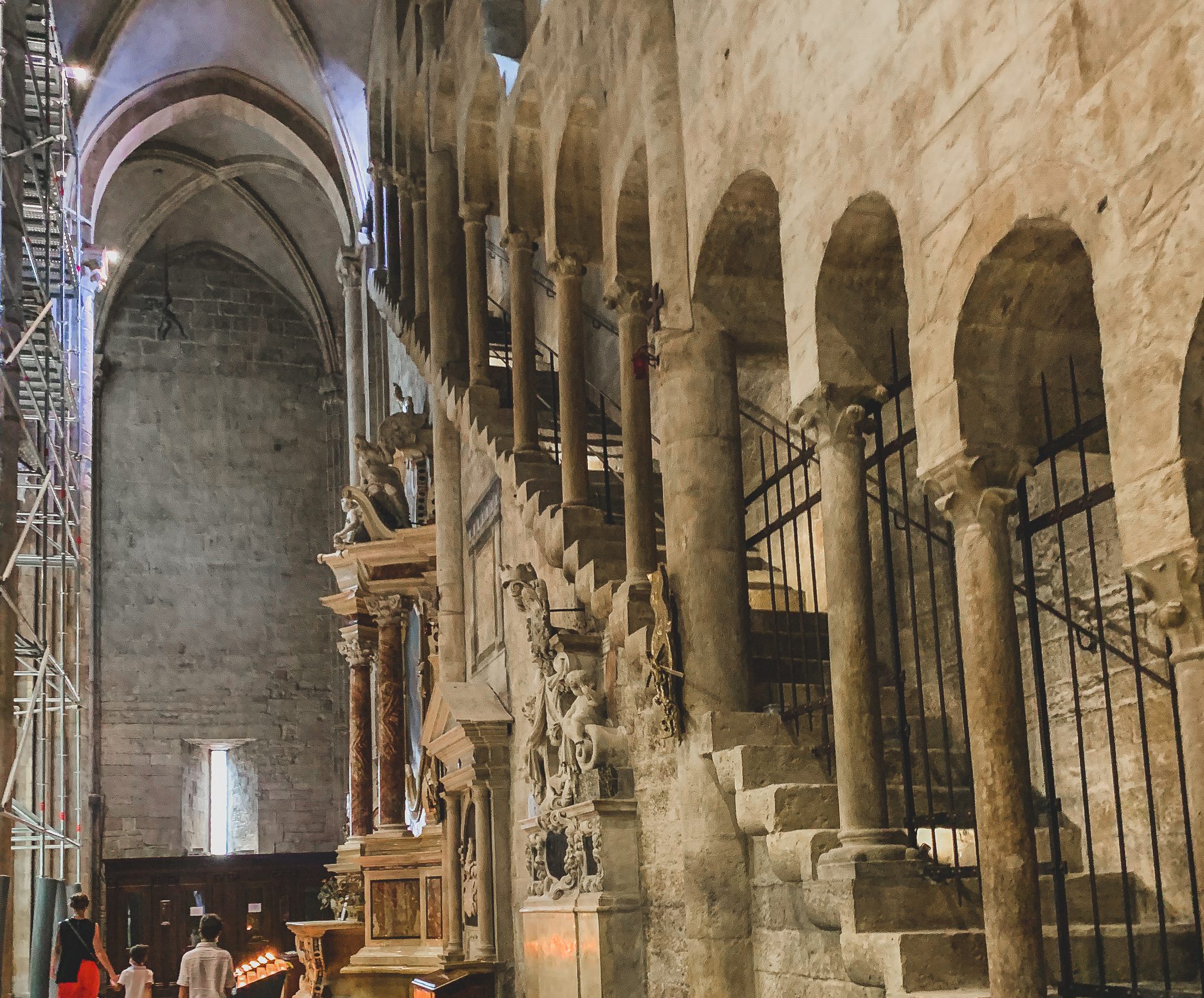 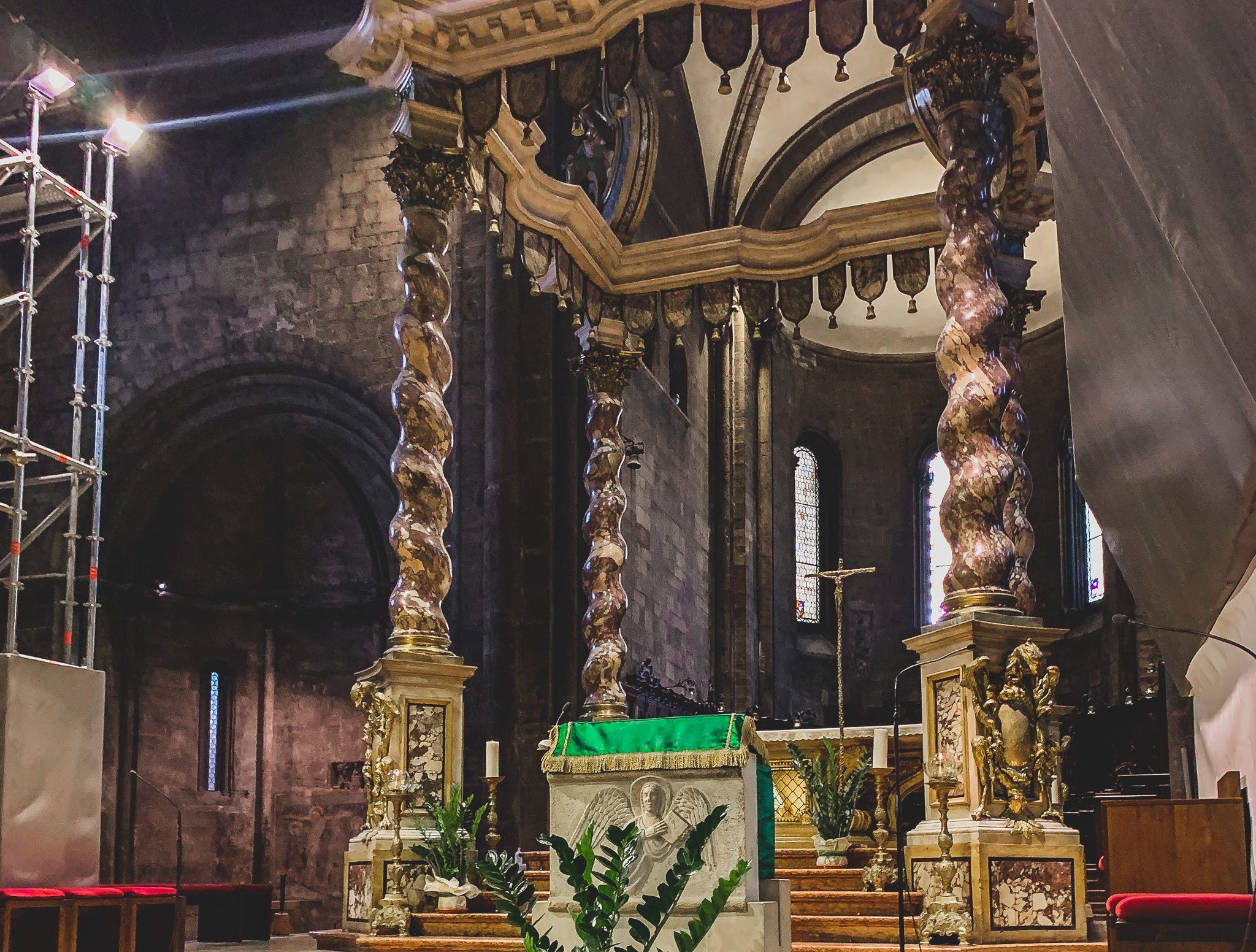 Explore both inside and outside parts of it: outside Romanesque elements, the rose window and the towers are simply amazing as well as the frescoes inside the cathedral.

You’ll immediately notice Palazzo Pretorio adjacent to the Duomo by its gorgeous tower called Torre Civica. This building is a former Episcopal residence which has been converted into the Diocesan Museum where you can find religious and cathedral-related tapestries, manuscripts, sculptures and carved figurines starting from the 11th till the 19th century. 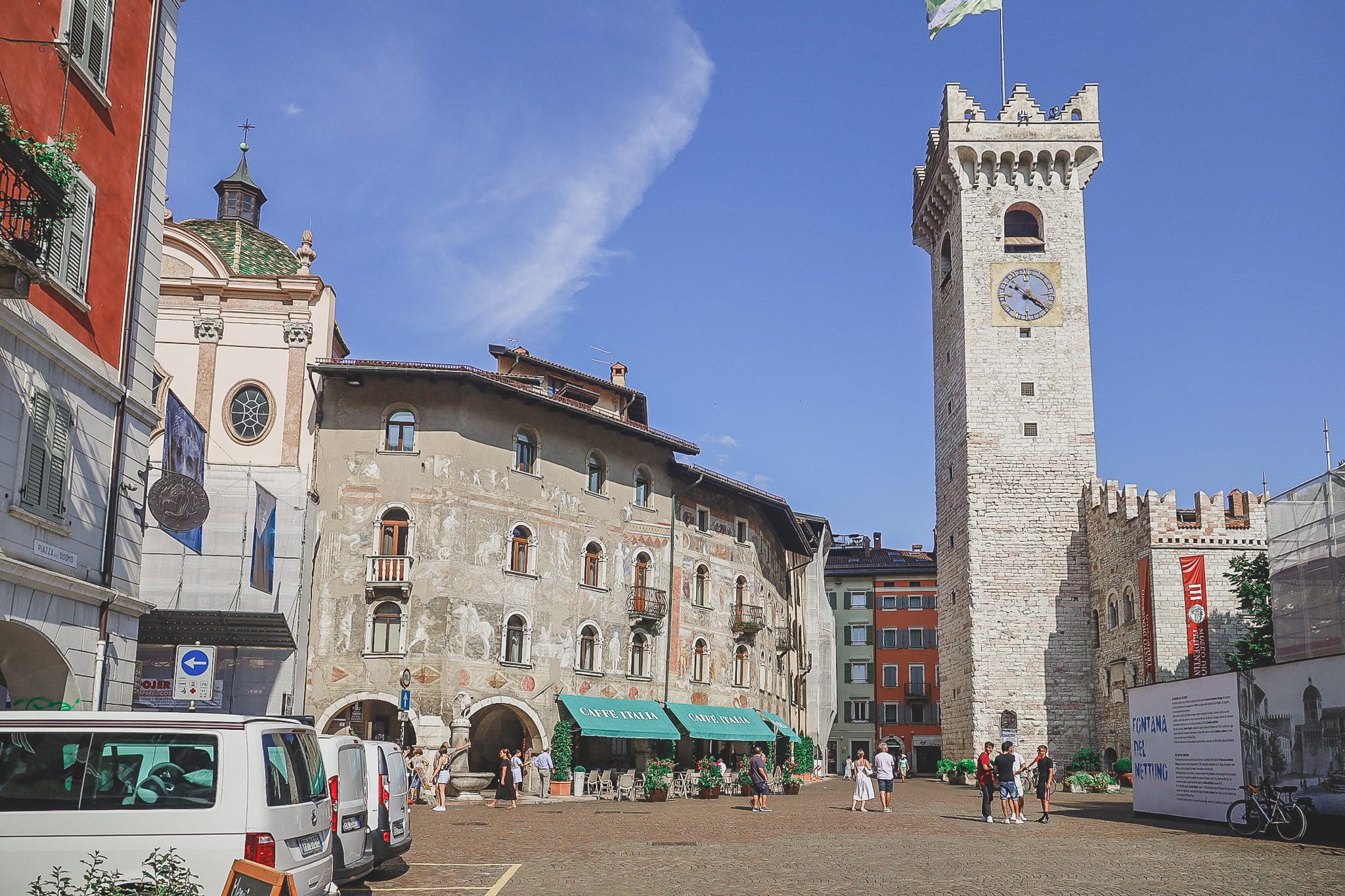 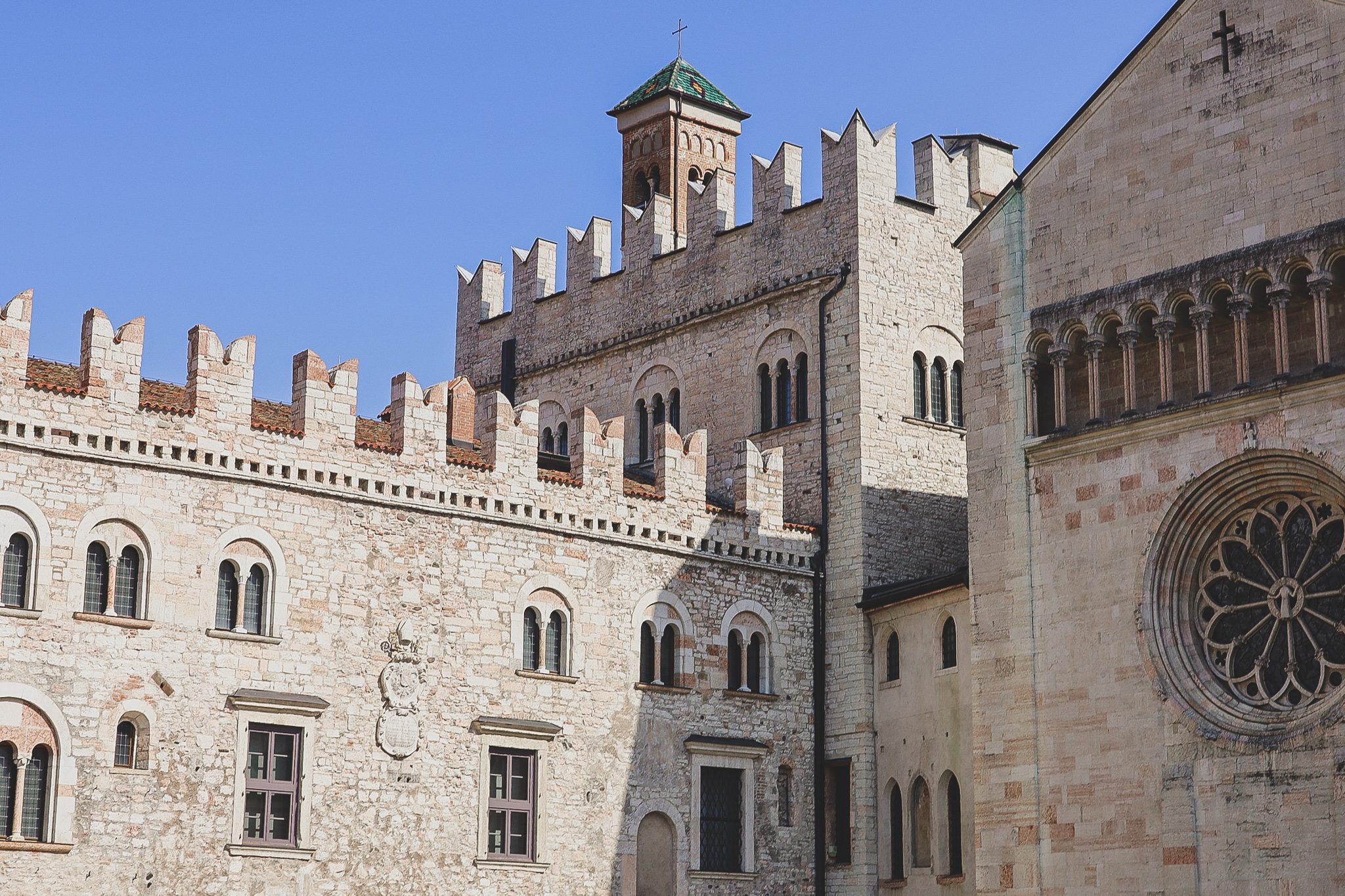 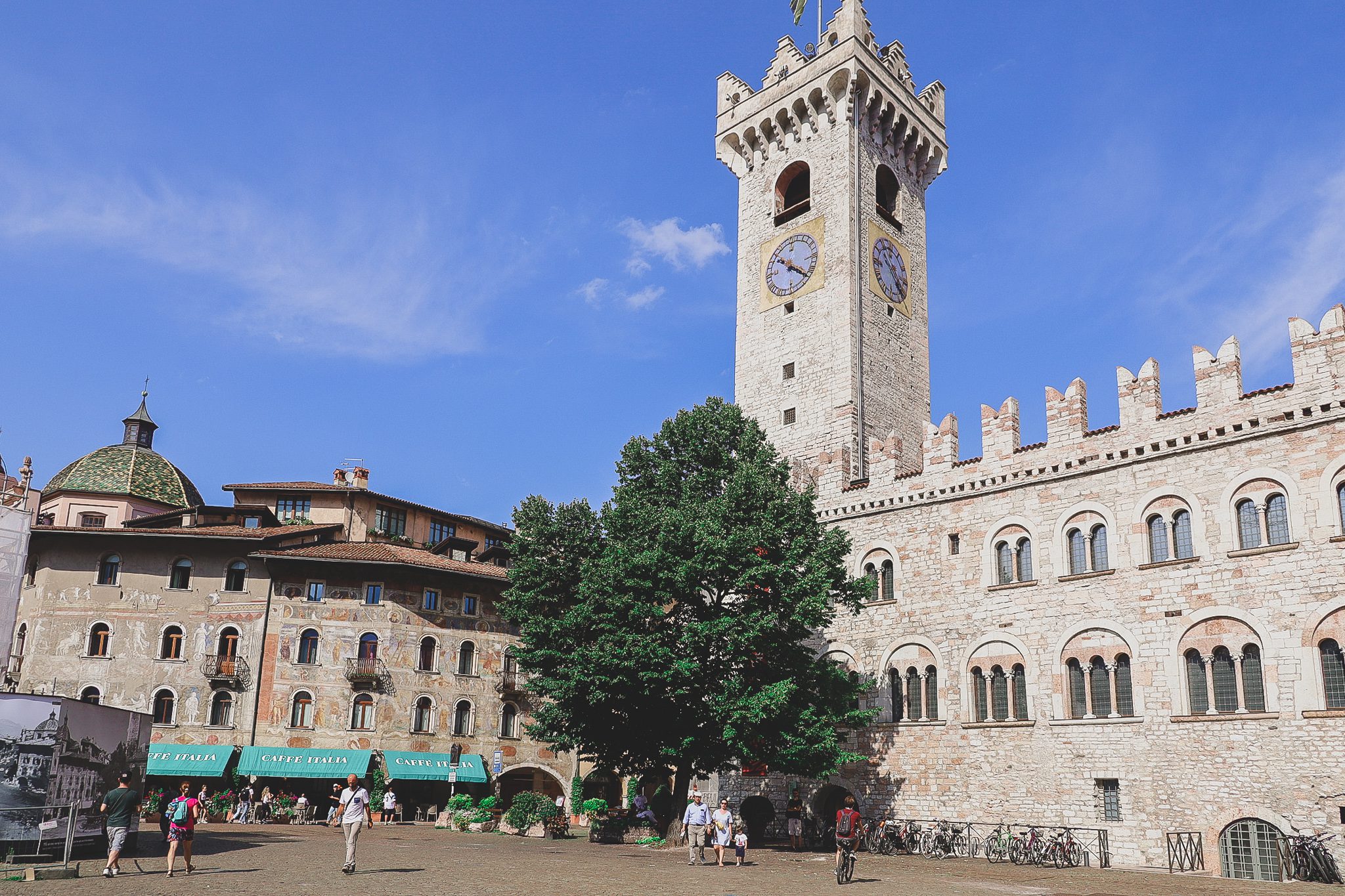 Trento Duomo and Palazzo Pretorio are not the only highlights of the Piazza del Duomo, the main square of Trento. The Neptune Fountain also stands here – unfortunately, it was under reconstruction during our visit. Other highlights are medieval painted Cazuffi house and Rella house contrasting to the religious sites on the other side of the square: their 16th century frescoes depict scenes from Greek mythology. The Duomo square remains one of the main highlights of the city – imagine having a coffee with this view! 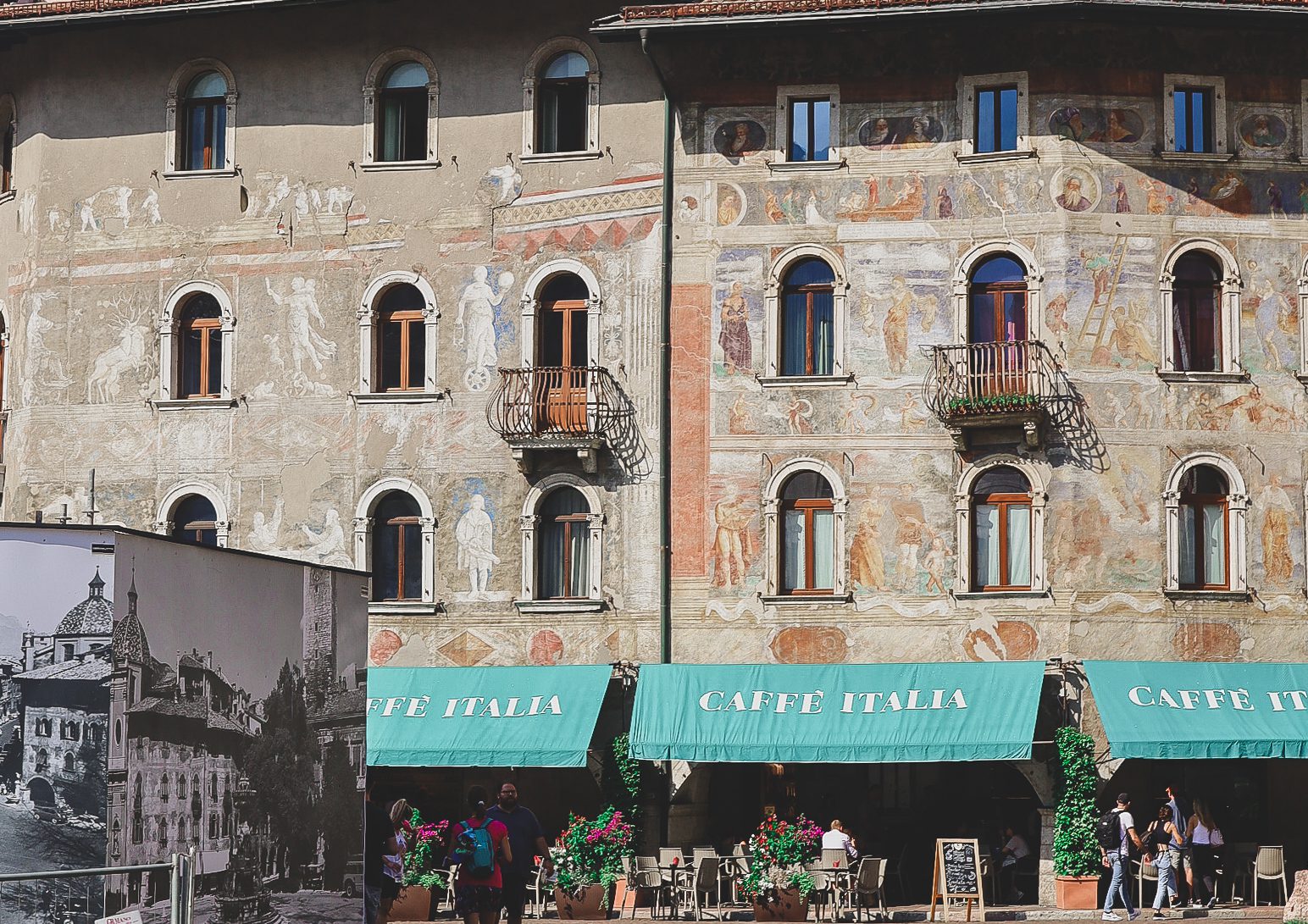 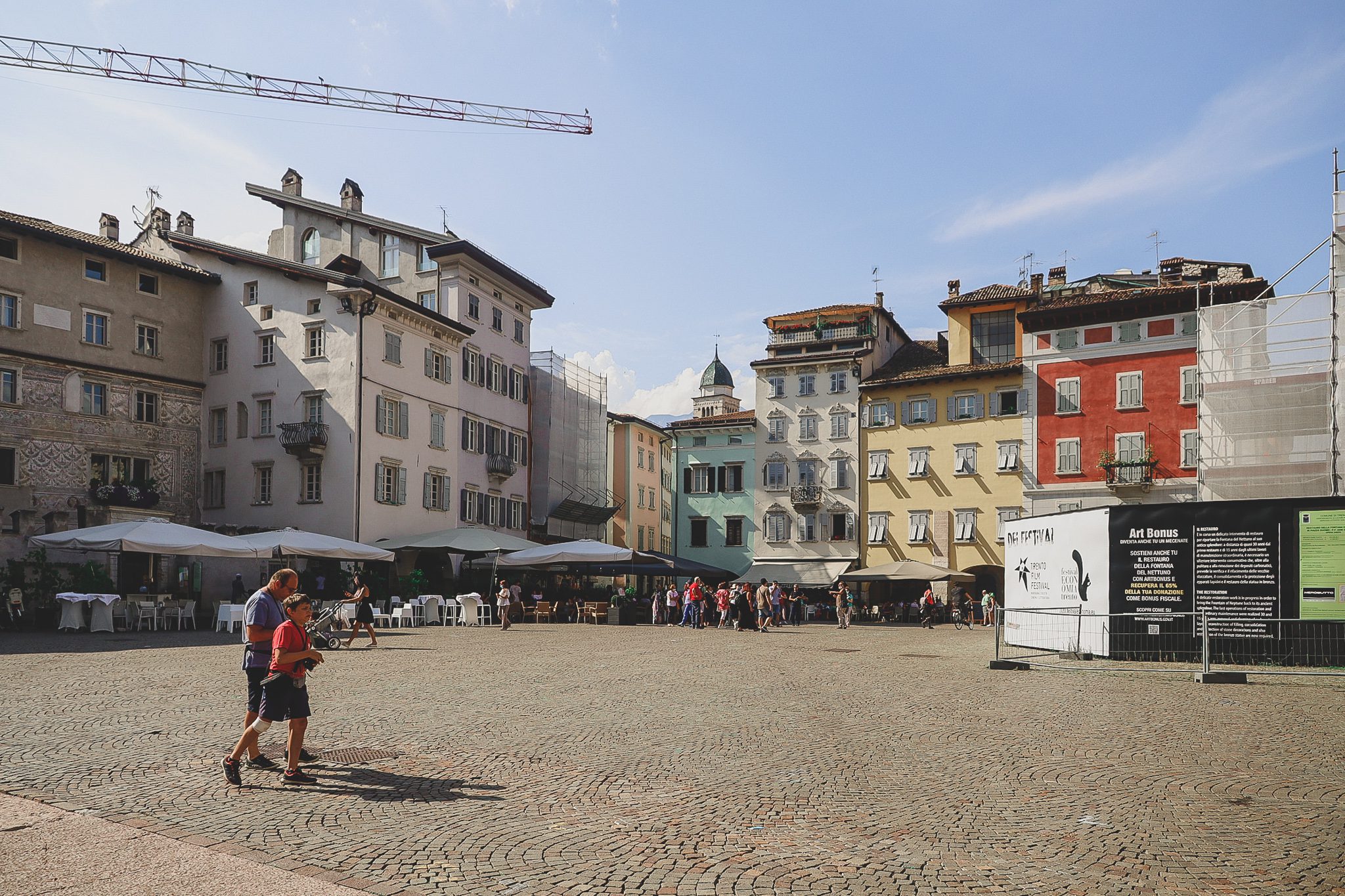 Tip: There are many beautiful streets around Trento, don’t miss this opportunity to wander around! Choose the Via Belenzani when you are discovering the area around the Duomo square. It’s one of the main city streets where many shops are located. More importantly, it’s also framed by beautiful historical buildings whose facades are covered in paintings dating back to the 15th and 16th centuries.

The 13th century Castello del Buonconsiglio is undoubtedly one of the main attractions of Trento! It functioned as Bishop’s residence for the five centuries, from the 13th to the 18th centuries when it acted as a Bishop residence. This is reflected in its architecture as the initial medieval castle was enlarged and different parts of it added during this period of time. Its most famous feature is possibly the Torre Aquila, or the Eagle tower. Now the Castello is a home to a few museums. 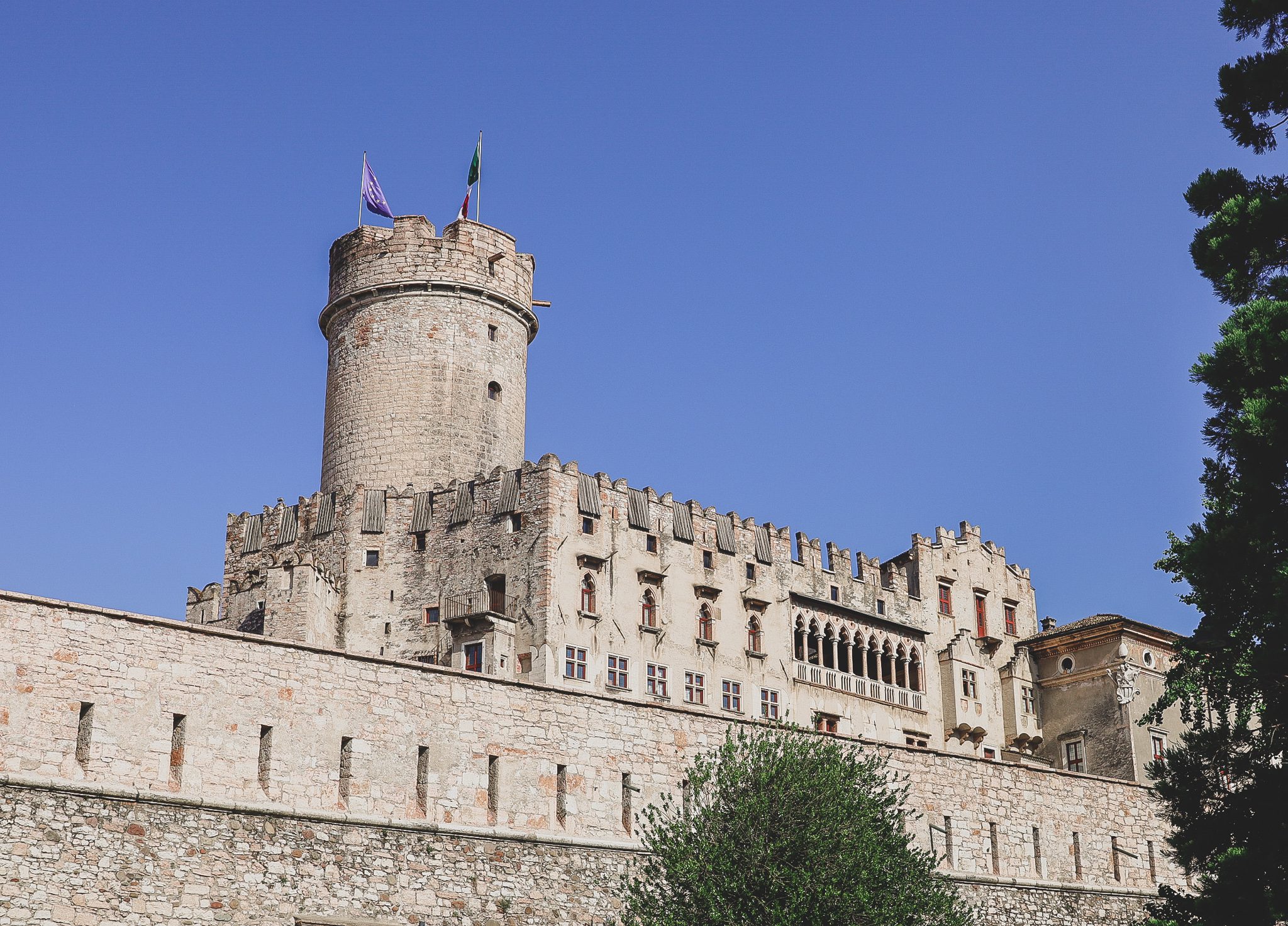 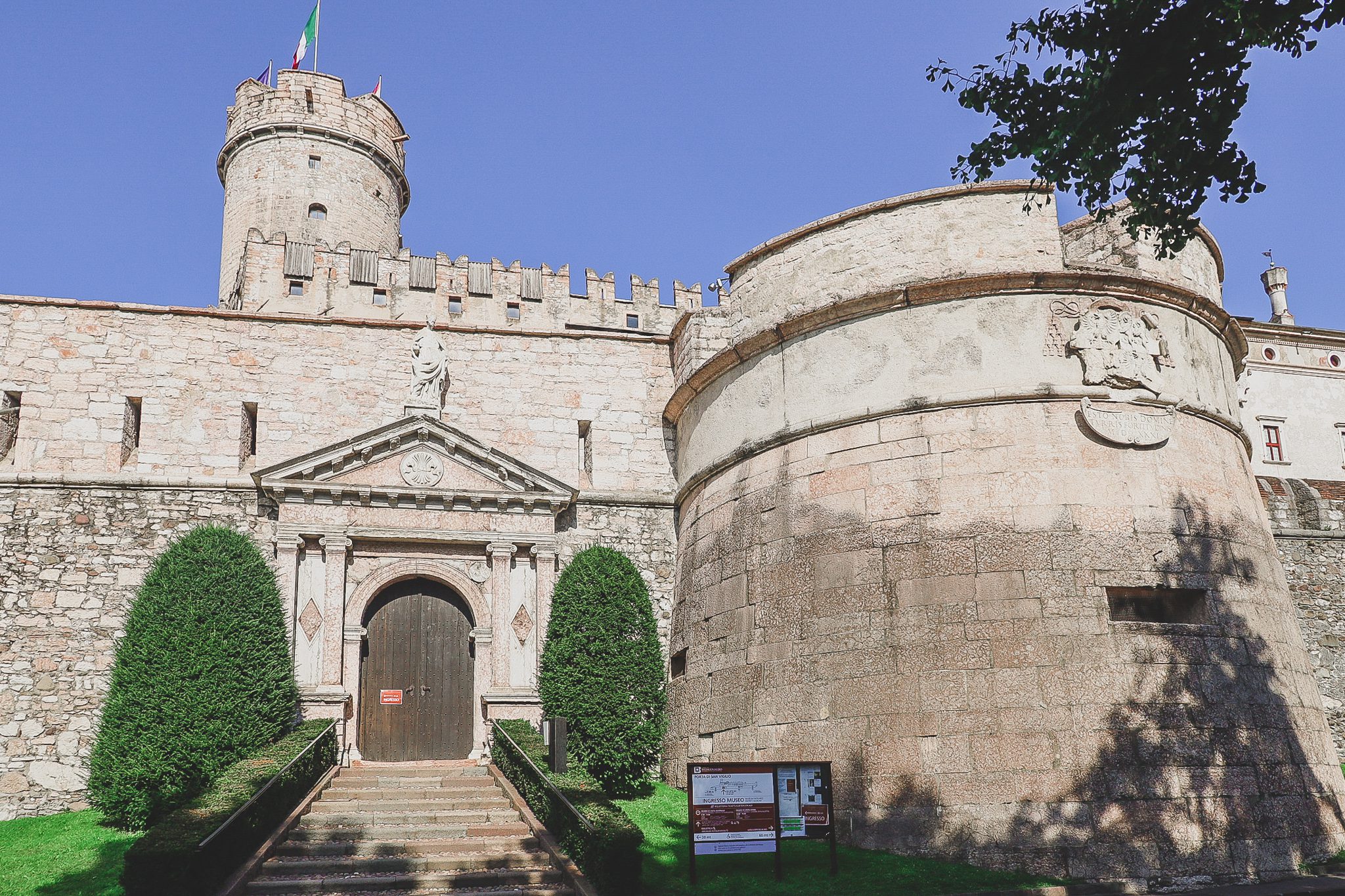 Tip: if you have an eye for museums, don’t miss the ​​MUSE, the Museo delle Scienze of Trento!

Torre Verde, or the Green Tower, is one of the symbols of Trento. It previously was located near the Adige river before it was rectified. Although the Tower’s upper part – the green cone – dates back to the early 16th century, the tower itself stood there for much longer. Although you cannot access the internal part of the Green tower, you can pop into a gelateria nearby! 🙂 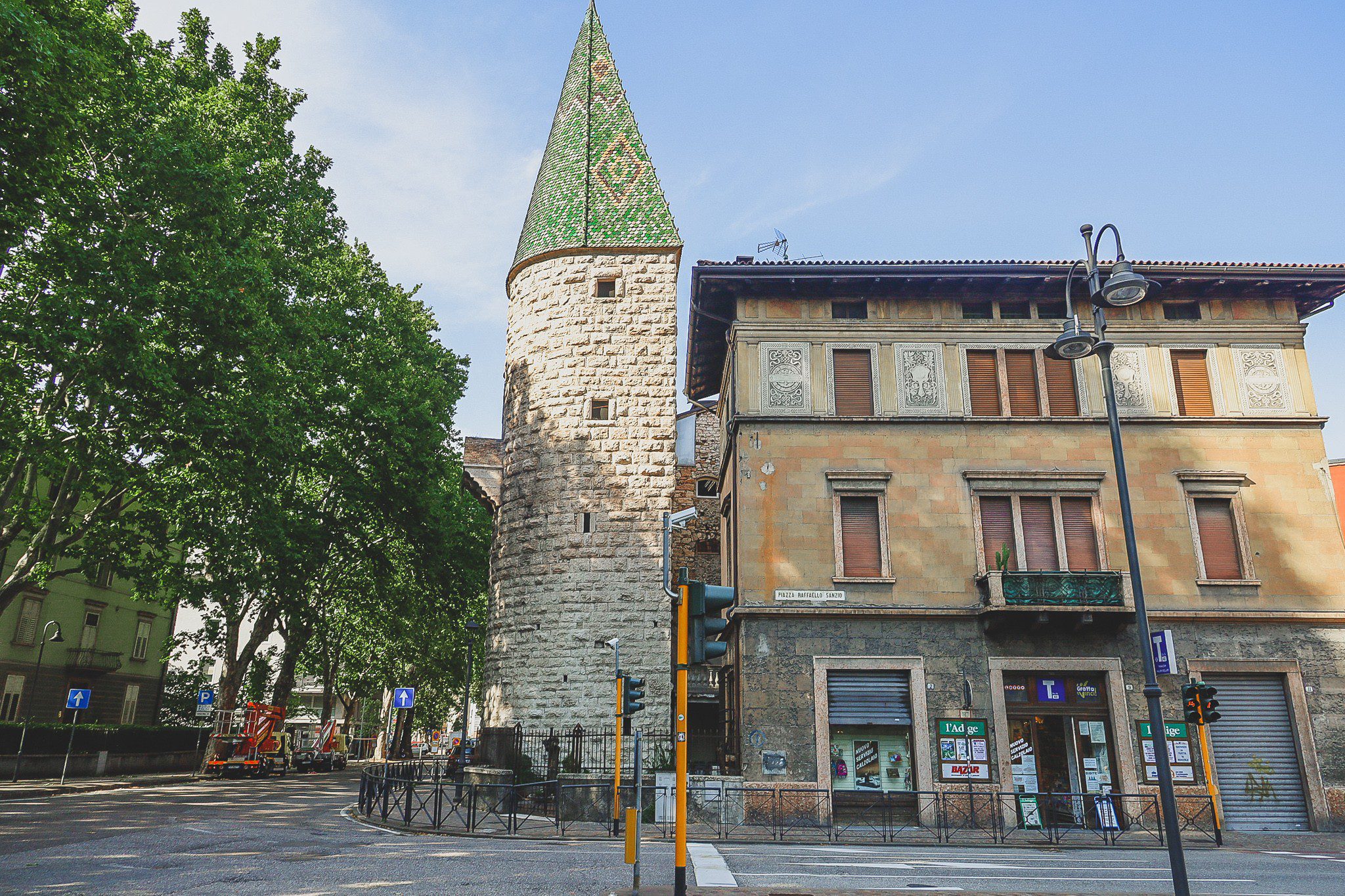 Another notable building of Trento is Chiesa di Santa Maria Maggiore, not far away from the Duomo square. It sits on an ancient Roman site and dates back to the 16th century – explore its frescoes, altar and bell tower!

Hope you liked my blog!