Looking for another inspiration to come to Britain or you already live here and wanna explore more of British cities: Glasgow, Manchester or Liverpool? Or always dreamt about going to Edinburgh, Bristol or…

Recently I’ve been asked to name my favorite British city and I came up with one answer, then with another one, then… I’ve realized that I’ve been to about 50 British cities so far (and in many for the several times) and I love so many of them! 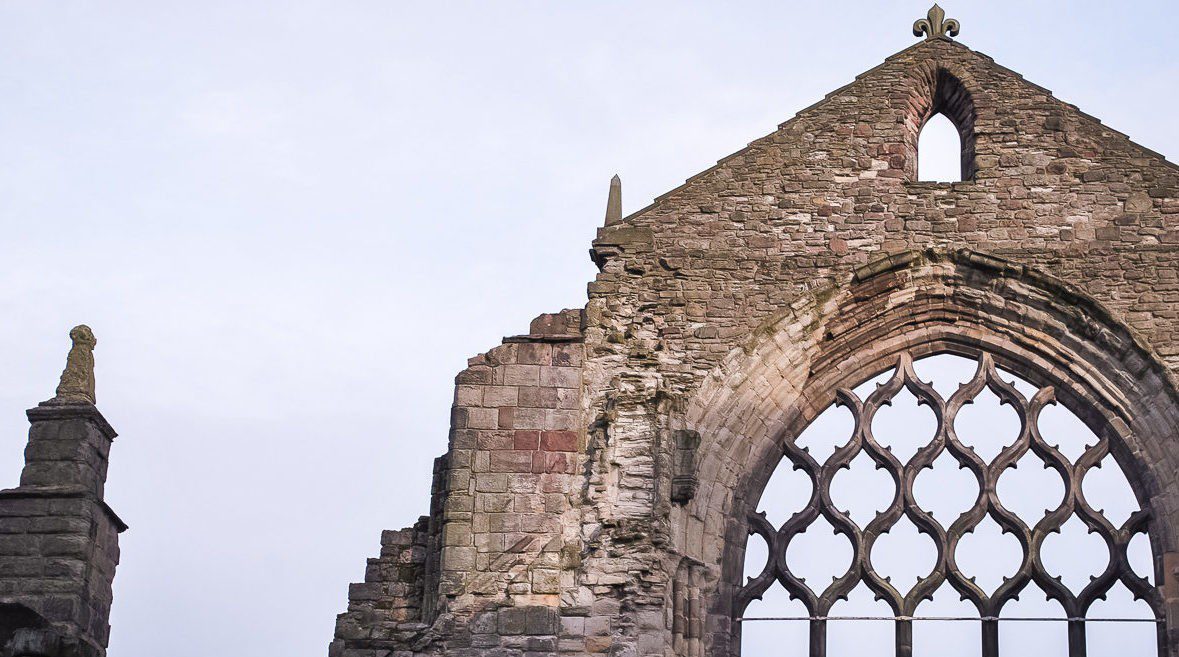 So, I’ve decided to plan several blog posts about different UK cities, towns and villages I love. As I have to start with something anyway, the logic of my narration would be very boring: the size of the population. This factor doesn’t correlate to the number of historical spots or the level of the prettiness of the city but I’ve decided that at the moment it’s the best (and more precise!) stratification I can adhere to. 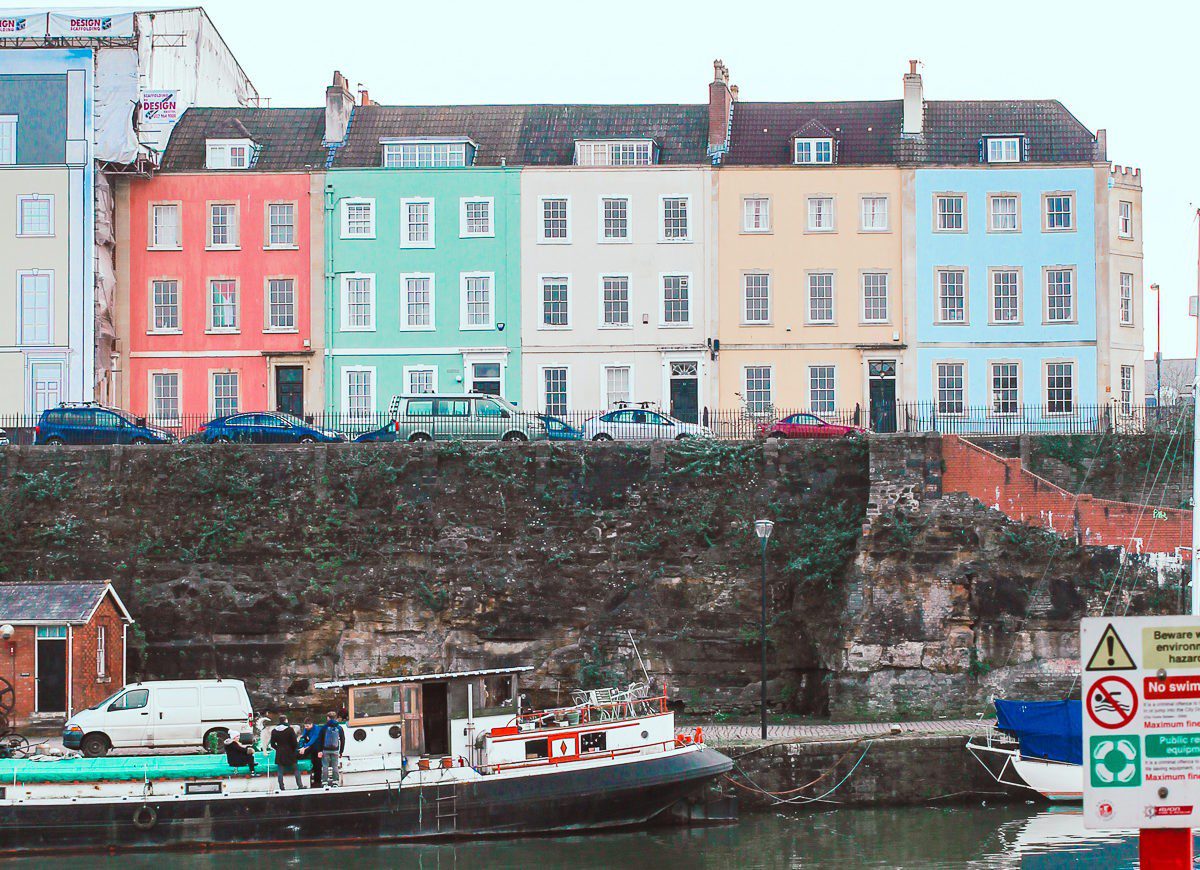 I’m pretty sure that more detailed posts about particular cities are on their way as well, but let us start with 10 big cities I’m in love with (apart from London). Get ready for a lot of industrial, Pre-Raphaelite and architectural insights!

And some of my photos are really ‘retro’ as I’ve been visiting these cities when I have just started my Instagram page (and it was about 6,5 years ago)! 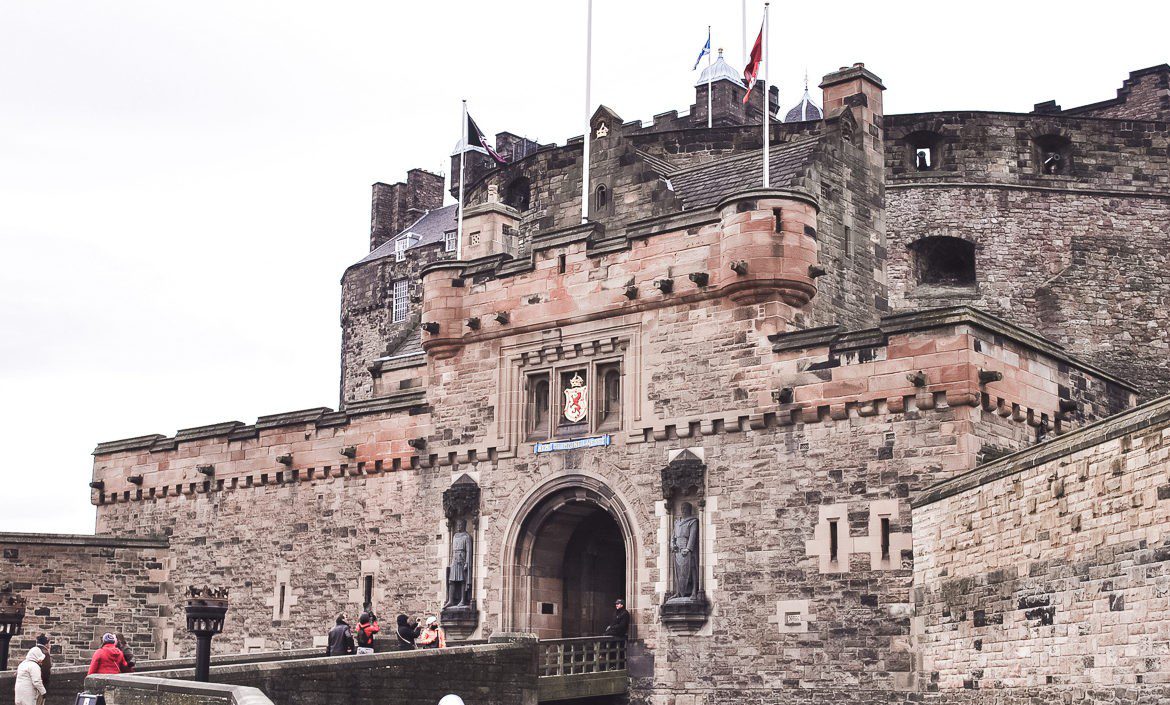 My trip to the main Scottish city didn’t happen during the perfect season as it was windy and cold February and I got completely frozen to my bones – bear in mind that I was born in Russia and it’s not easy to frighten Russian with low temperatures! But I was literally almost blown away from the Edinburgh castle’s walls.

Nevertheless, I was so inspired by this city! With a rich history from the Bronze Age to Harry Potter hints, Royal Mile, the monument to Sir Walter Scott, richest museums and moody streets it’s a perfect travel destination. 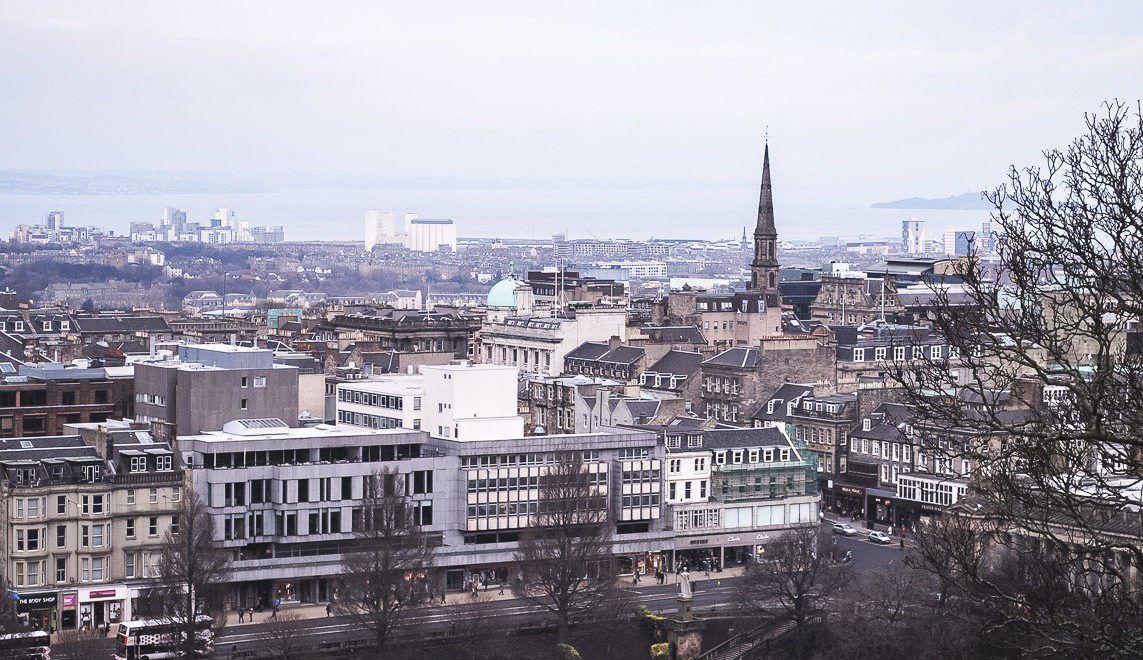 The main city of Wales is definitely the city I would like to come back to one day!

Stroll around the Bute park and St Mary street and say hi to the splendid animal statues decorating walls of the Cardiff Castle.

Visiting the castle sounds like a good idea because its interiors are lavishly decorated!

Having many relicts from earlier civilizations and Roman invasion, it was one of the largest trade ports specializing on coal. Now it offers so many more modern attractions as well such as the Millennium center. If you’re a Whovian, many Welsh locations might seem familiar to you because they were used for many Doctor Who scenes!

Take a boat ride across the Cardiff Bay – the views are impressive! And keep your eyes open for the prettiest Norwegian Church.

Interesting: Be ready to enjoy the speech and the signs in the Welsh language – Cymraeg.

Manchester is definitely one of my favorite British cities!

Every time I come back to it, I fall in love with its splendid red brick architecture and it somehow reminds me of Boston in the US. The Pre-Raphaelits’ collection at the local Art Gallery and L. S. Lowry’s paintings add a few extra points to why I love this city 🙂

Founded by Romans, it came to glory during the Industrial revolution – if you come across some novels by Elizabeth Gaskell (btw, her museum is really pretty), say, North and South, you know what I mean.

Interesting: Did you know that Cottonopolis is a nickname of Manchester because of its major role in the cotton industry and trade?

Don’t miss a chance to explore the technological side of the city at the Museum of Science and Industry and natural history collections at the Manchester Museum adjacent to some splendid Manchester University buildings. Manchester Cathedral was under reconstruction during my last visit. And don’t you dare not to pop into the John Rylands Library which is breathtaking!

Tip: Manchester is absolutely stunning in winter as well! 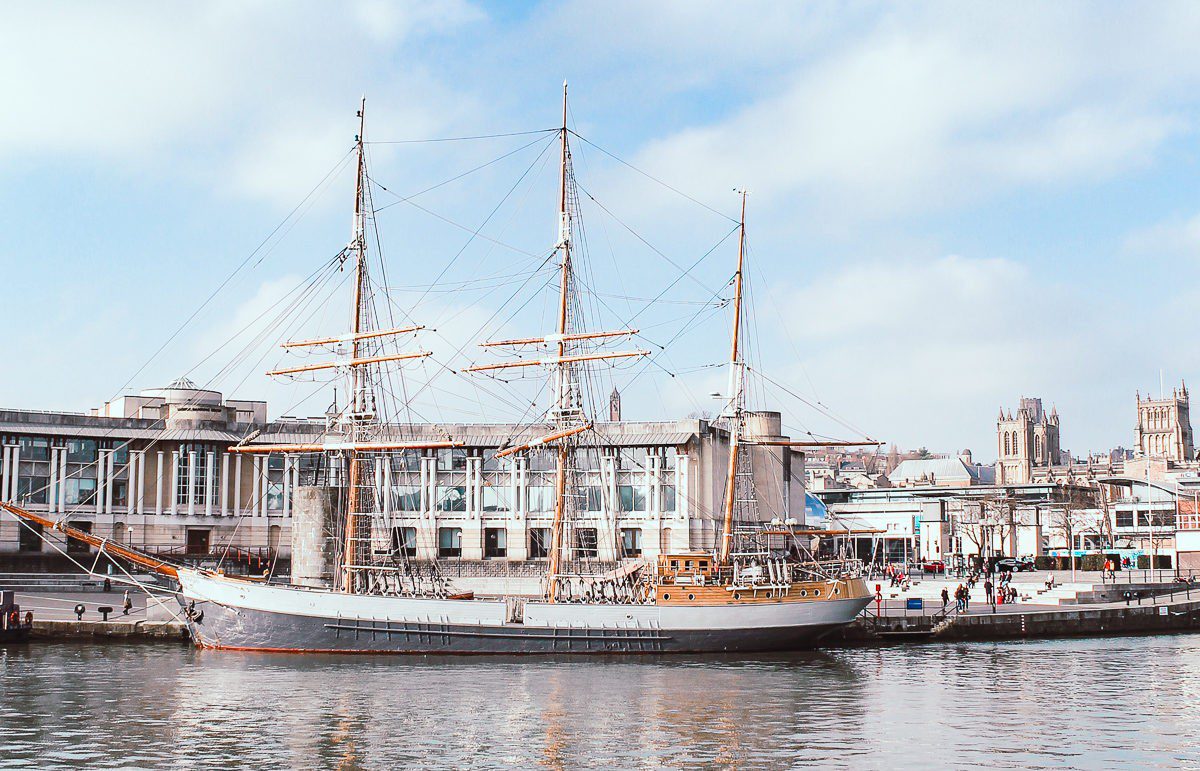 I’ve suddenly realized that I haven’t posted so many pics of Bristol to my Instagram feed – and that’s a shame because this city is gorgeous! 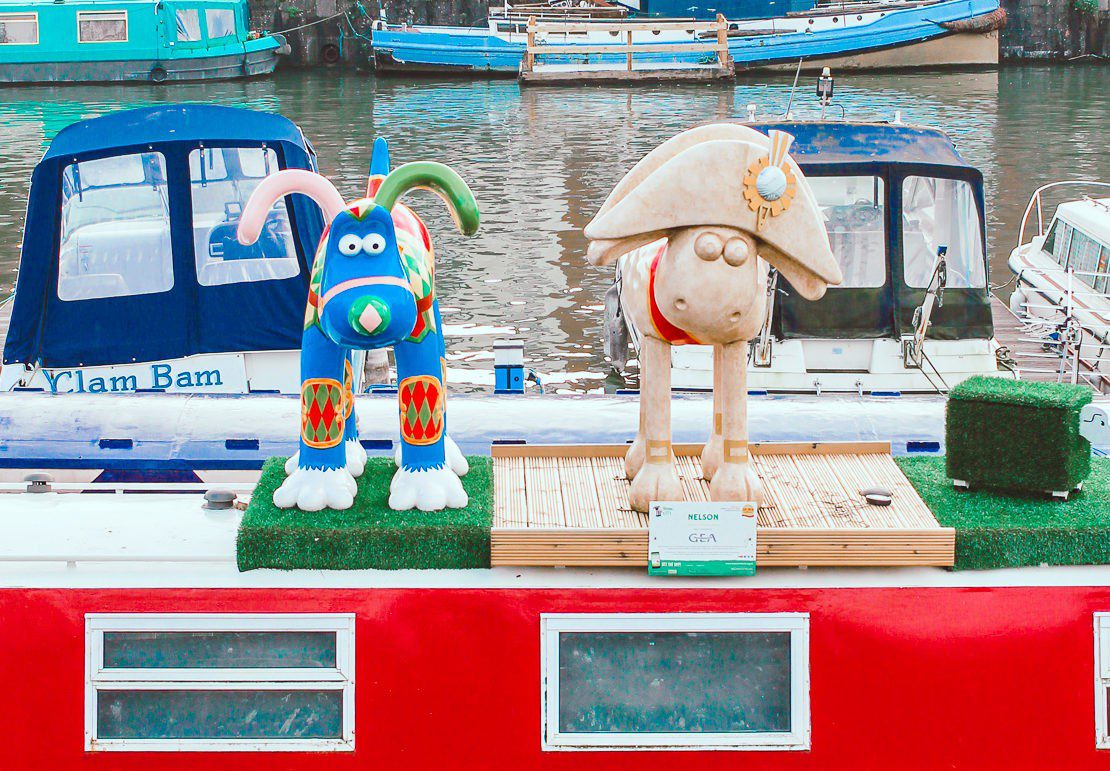 An ultimate must is to ride a steam train and to explore the Brunel’s (you might’ve seen his memorial at the London Paddington station) steamship Great Britain, first iron-hulled and propeller-driven ocean liner in the world. Another masterpiece of Brunel is the Clifton Suspension Bridge.

Although Bristol is celebrated for its engineering insights and trade with the New World, its dark side included the slave trade.

Views across the harbor are amazing, especially from the M Shed museum. 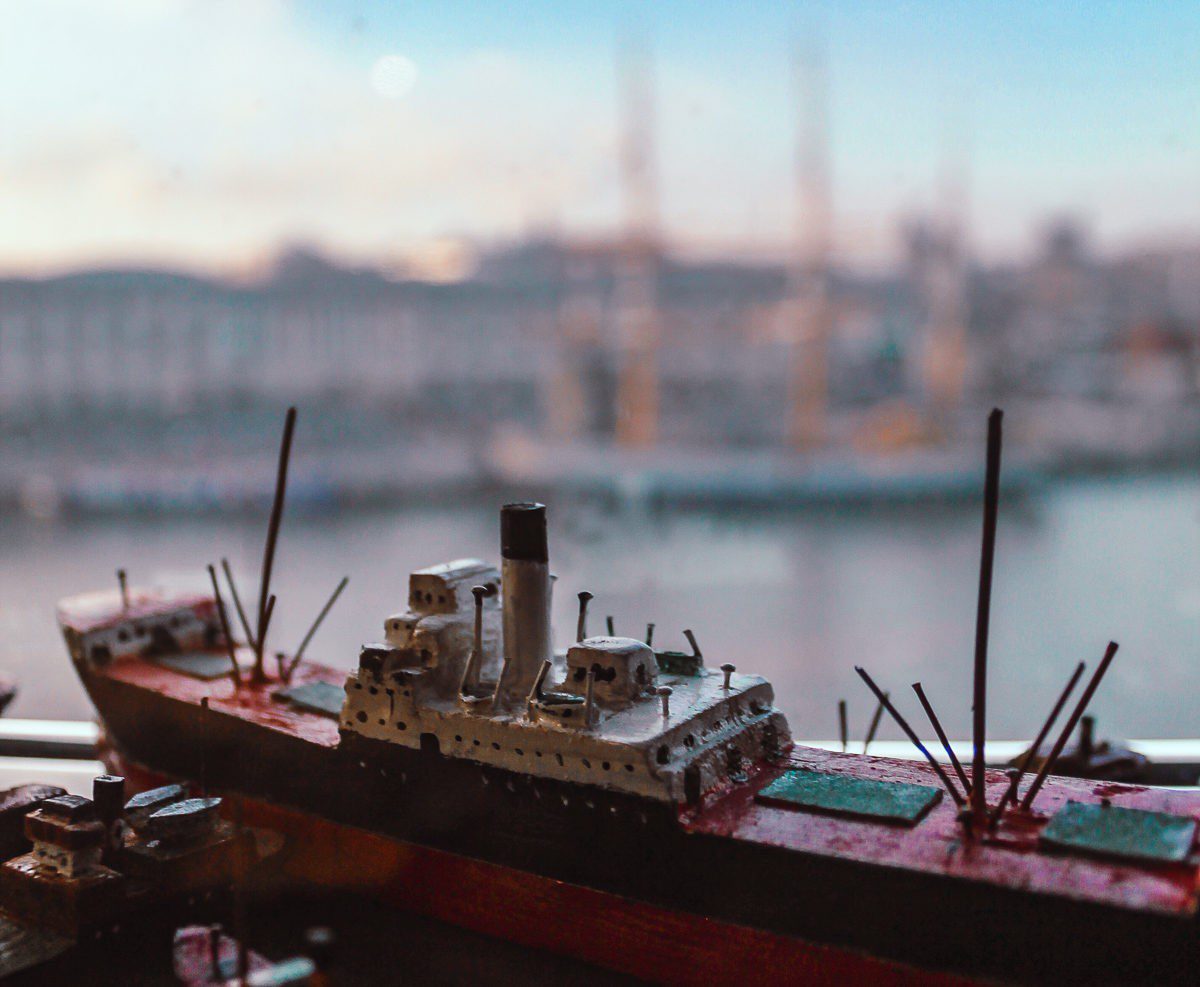 Bristol Cathedral is also worth a visit – and I highly recommend you just to walk along the city because it’s really beautiful! 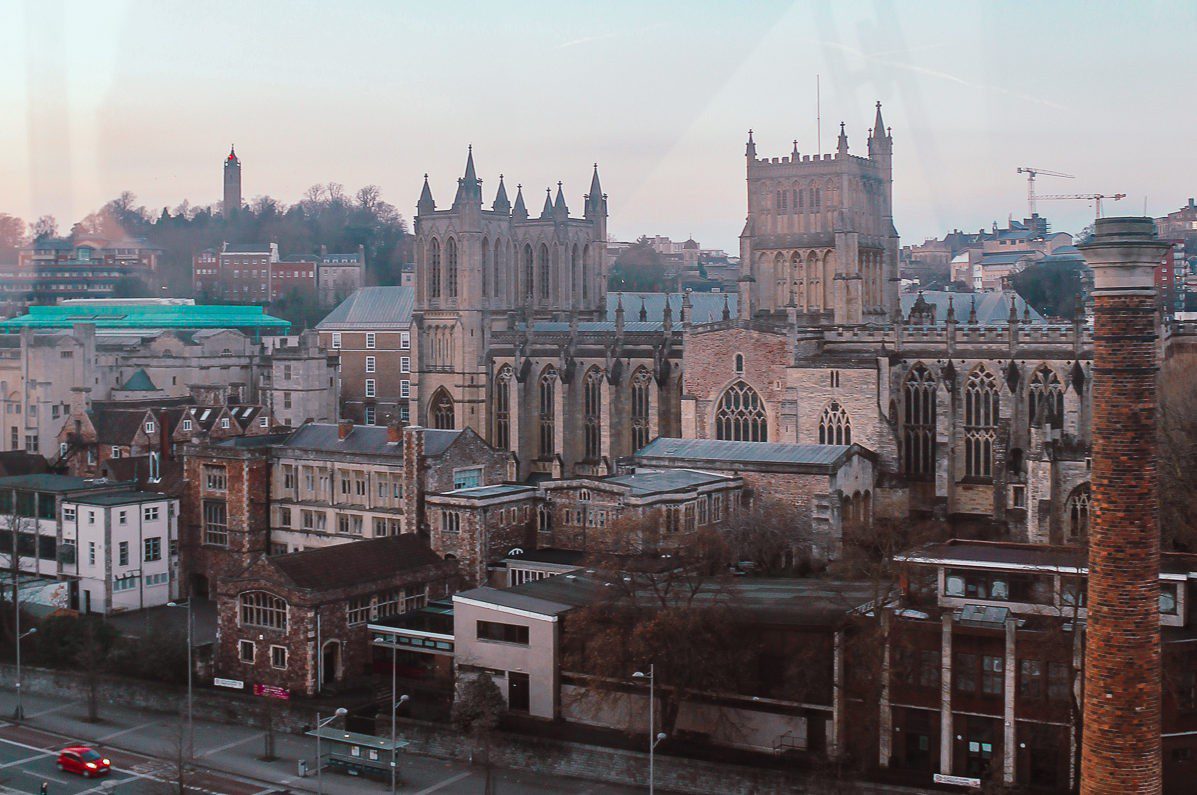 Tip: if you have time, stroll along the Brandon Hill park and climb the Cabot Tower. It was built in 1897 to commemorate John Cabot’s famous voyage from Bristol to North America (now Canada) started in 1497, four centuries earlier!
Pop into the Bristol Zoo as well if you have time! 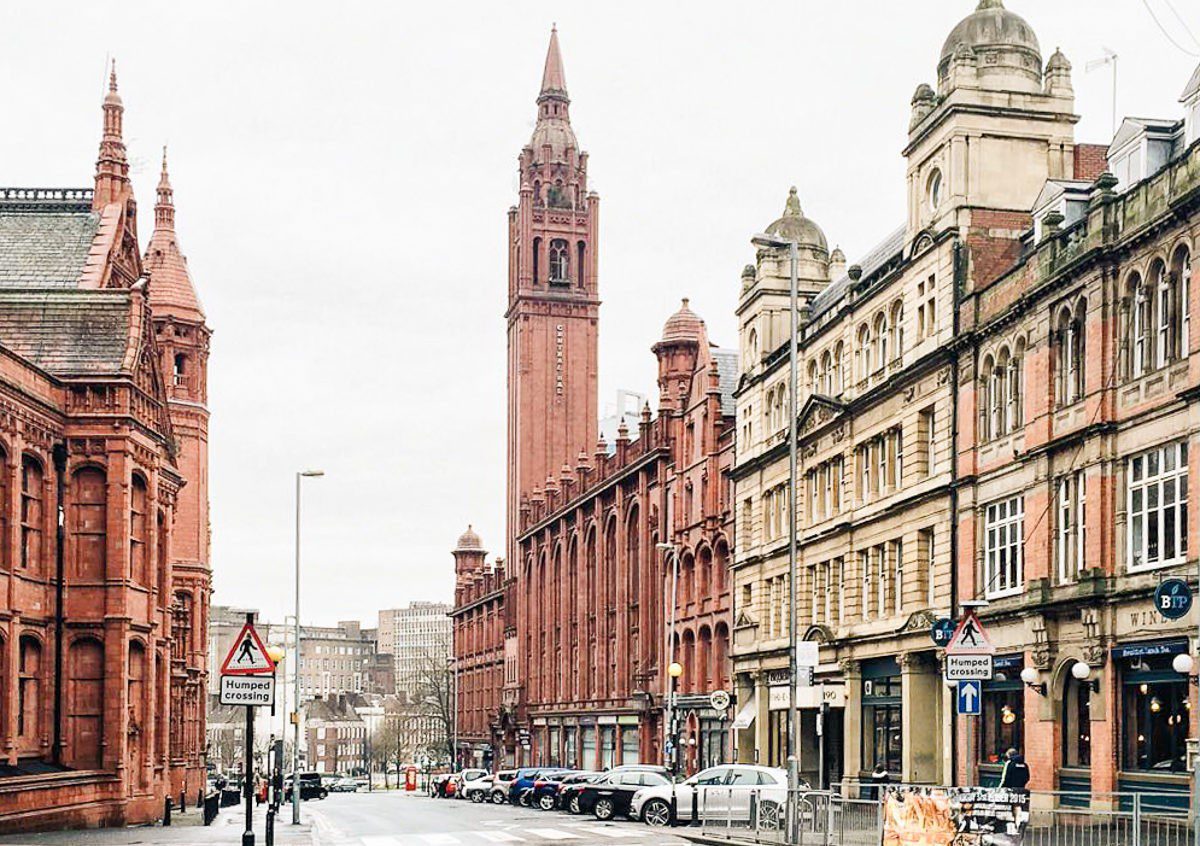 I’ve been to Birmingham twice and although I don’t think I’ll be back in the nearest future, I highly recommend this city for a visit. Another example of an ancient city grown tremendously during the Industrial Revolution, now it mainly is known for… its shopping centers, especially around the Bull Ring area. If you like such modern buildings, you’ll also be impressed by the weightless Birmingham library.

Nevertheless, the collection of the Museum & Art Gallery is rather extensive including both the old masters and the Pre-Raphaelites – and I was lucky to visit a temporary exhibition of E.R. Hughes’ paintings of astonishing magic ladies of all sorts 🙂
Several churches across the city host magnificent stained glass windows by Sir Edward Burne-Jones, for instance, St Philip’s Cathedral.

During its history various times, Birmingham has served as an inspiration to Auden, Tolkien, Conan Doyle, and Irving.

Tip: take a ride along the canals and pop into the Sea Life aquarium to get in touch with the nature! 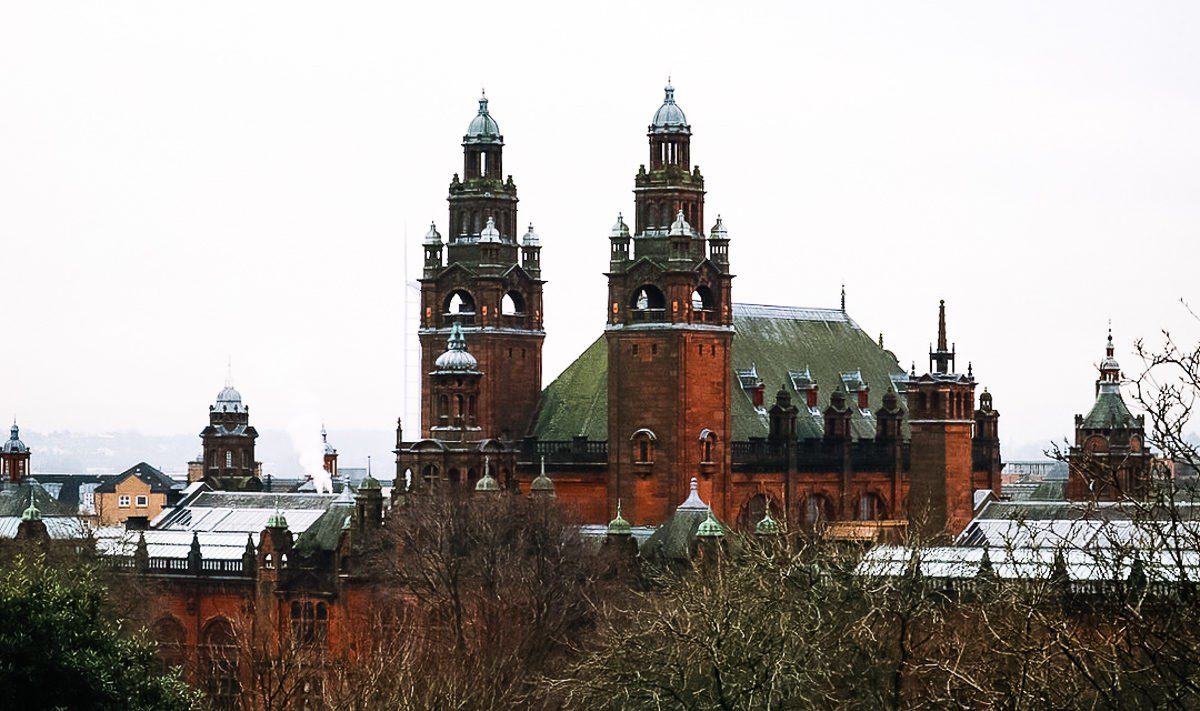 I was lucky to be introduced to Glasgow during the Christmas season and I must admit that moody Scottish cities are the best getaway to feel the festive atmosphere for me! It’s pure magic!

Glasgow is a beautiful city with Victorian and art nouveau architecture famous for its trade, engineering, and shipbuilding. To explore the story behind the paintings of Glasgow Boys and the items made by Mackintosh pay a visit to the Kelvingrove Art Gallery and Museum. Among other touristic landmarks are the Glasgow cathedral with Glasgow Necropolis on the backdrop and a splendid main building of the University of Glasgow

Walk along the George Square, St Enoch square and pop into the Hidden Lane Tea Rooms for a good portion of freshly baked scones and treat yourself to a visit to the Glasgow Botanical Gardens with their splendid greenhouses. 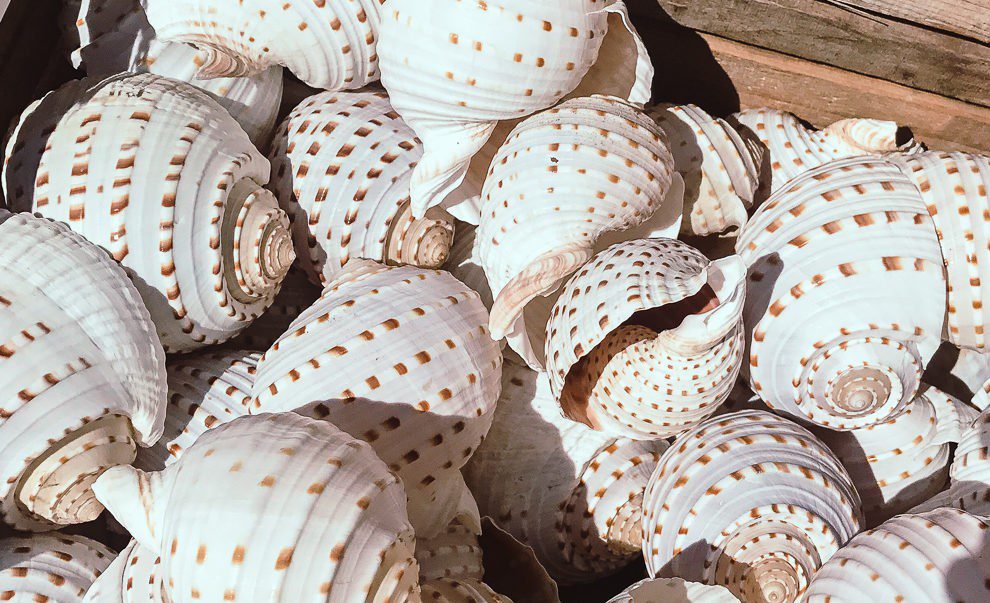 Although Brighton is a very well-known perfect summer escape for those living in Britain, I only came to visit this seaside town last year.

And it definitely confirmed its fame of being colorful, friendly and full of music and positive vibes. 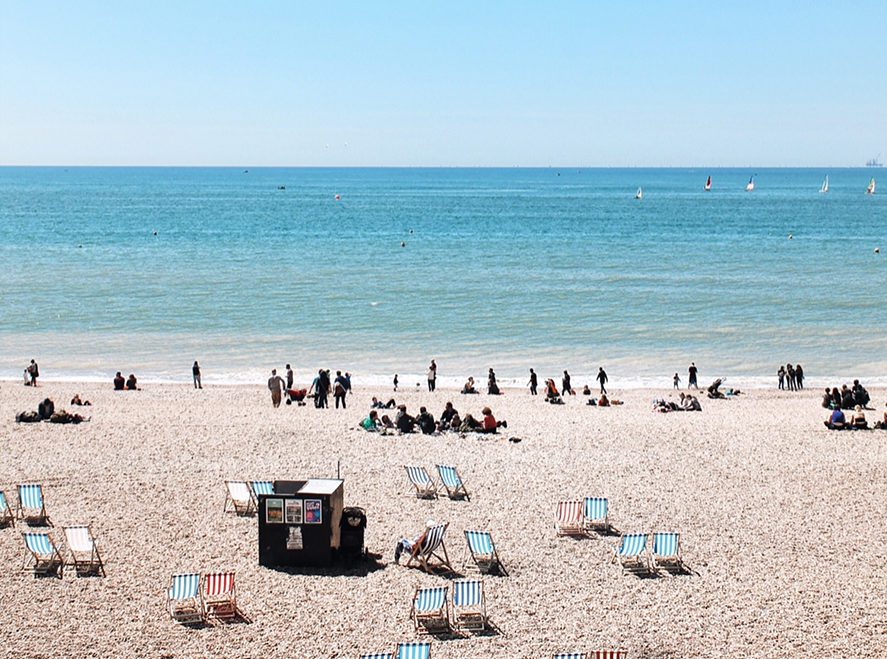 Treat yourself to an arcade game or two at the Brighton Palace Pier, pop into the Sea Life Aquarium and Art Gallery and judge or adore George IV for spending so much money on the Royal Pavilion, the reminiscent of India architecture in its fullest. 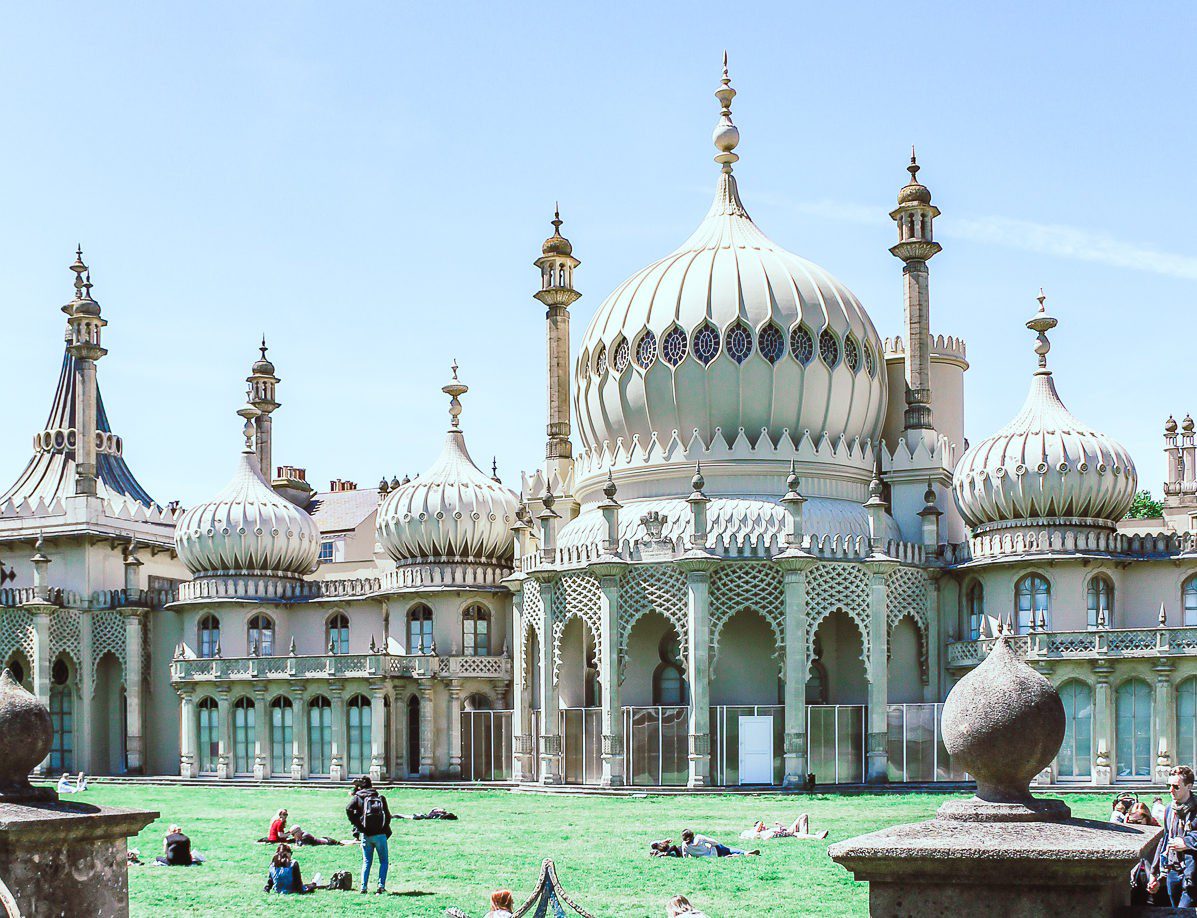 And of course, indulge yourself with some quality seafood – but stay away from the seagulls, they are really shameless! 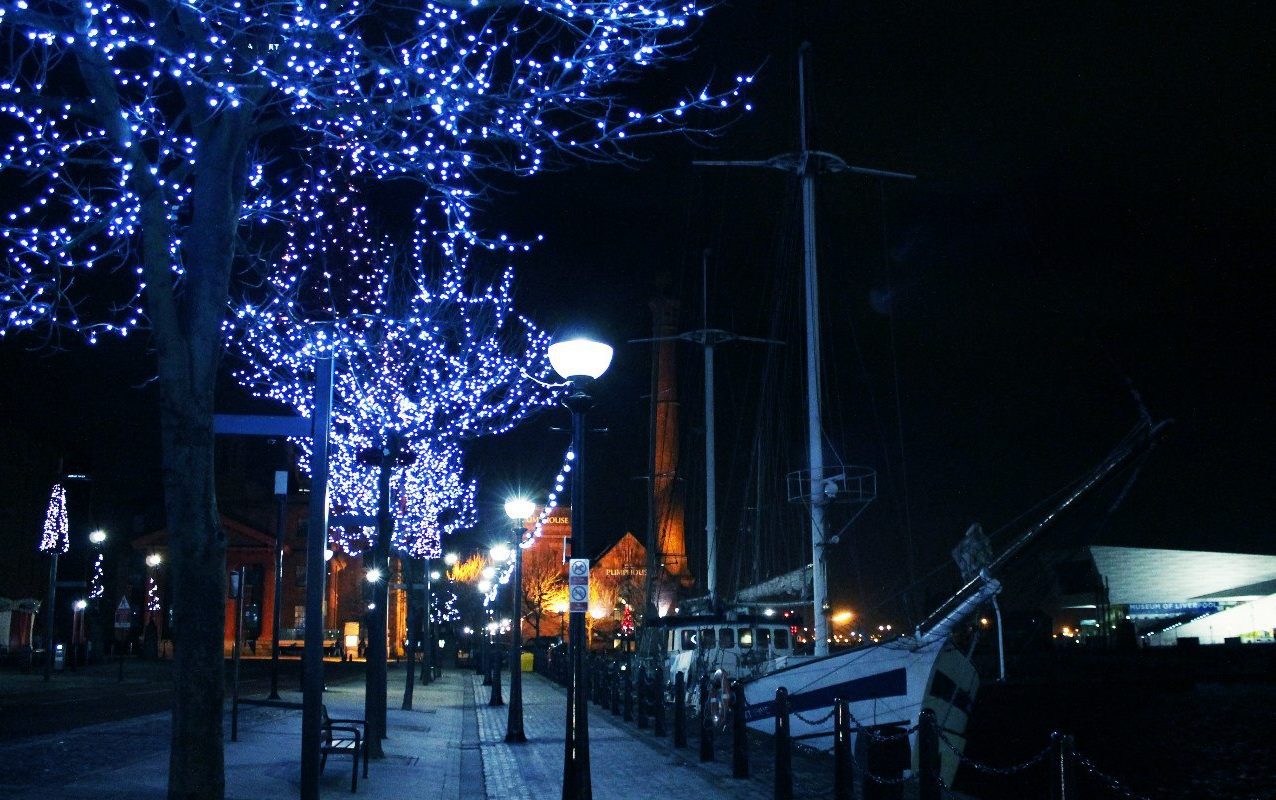 My Liverpool trip over 5 years ago wasn’t the best trip I’ve ever had since we were there right after the New Year and holidays kept a lot of historical sites closed so we ended up with walking along the half-empty chilled Albert dock and exploring the Chinatown. Nevertheless, I was lucky to have a glimpse of the Cathedral, the largest one I’ve ever seen (or so it seemed), and again, to enjoy the Pre-Raphaelite collection in the local Museum.

As up to history, yet again, the city’s prosperity is tightly linked to the Industrial revolution and Liverpool partially became famous for its trans-Atlantic trade. It was the last British city which so many immigrants saw because Liverpool Docks served as the most important port for ships sailing to North America. Titanic was also registered here.

Say Liverpool – think The Beatles, say The Beatles – think Liverpool! And, of course, I must admit that The Beatles Story museum was that main purpose of my trip to this city – and it didn’t fail me.

Tip: explore the music history of Liverpool – and you’ll be amazed how many talented musicians have links with this city! 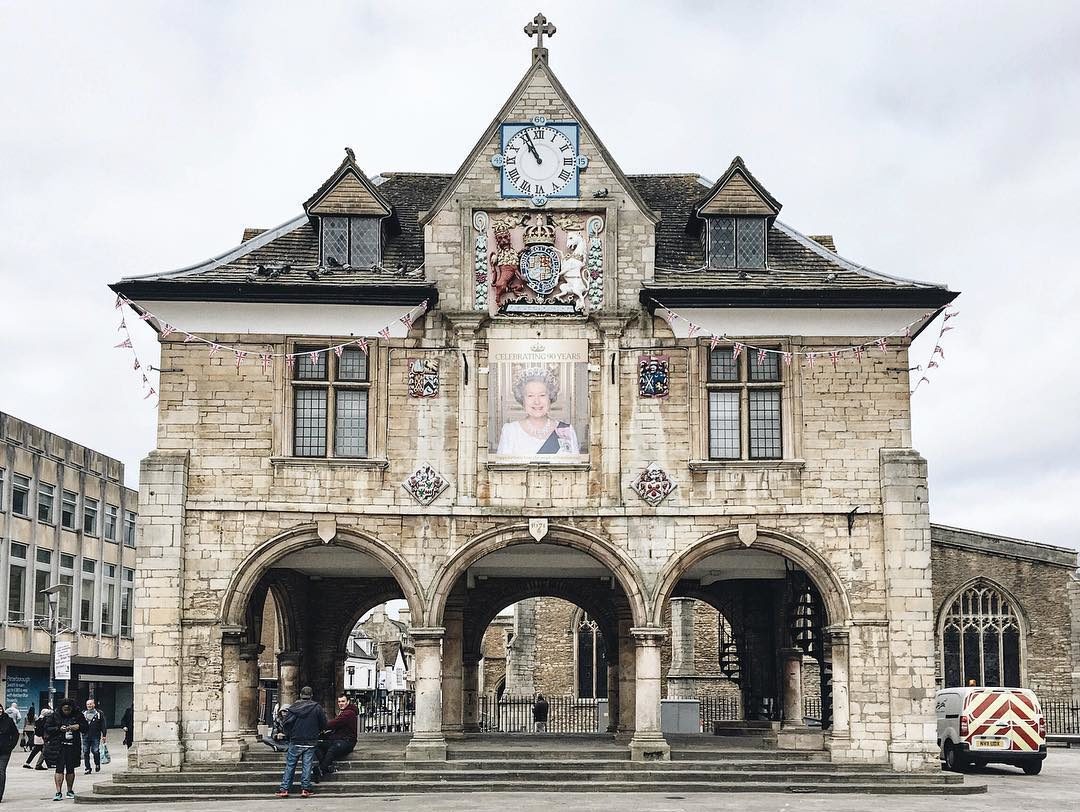 Although Peterborough is a really big city, one day trip would be enough to cover all of its touristic spots. Stroll along the park and have a cup of coffee at the market place. The history lovers will definitely find Peterborough Museum and Art Gallery an exciting location to pay a visit to and I would direct poetry lovers to the John Clare cottage.

Meanwhile, Peterborough is best known for its Cathedral, known as the Cathedral Church of St Peter, St Paul, and St Andrew. Katherine of Aragon, the first wife of Henry VIII, is magnificently resting in peace in here. The body of Mary, Queen of Scots, was also buried in this cathedral after her execution, but it was later transferred to the Westminster Abbey. 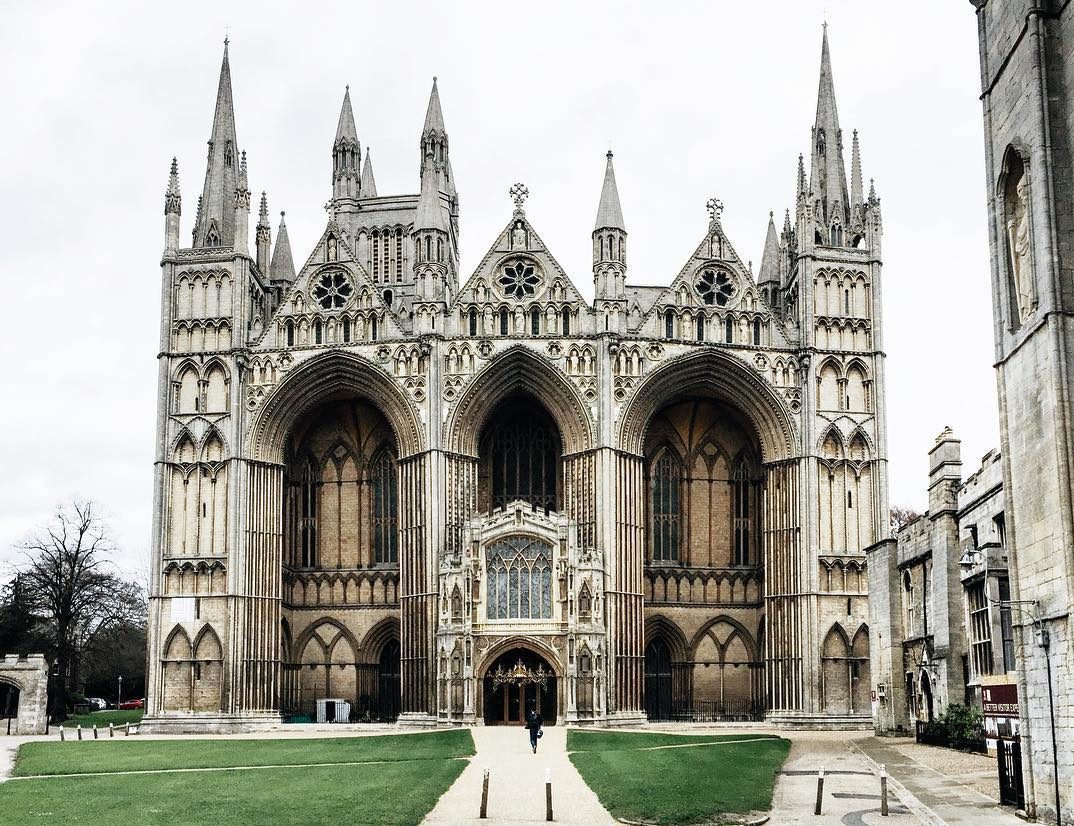 The Cathedral itself is by no means less splendid. The original Anglo-Saxon church was founded in VII century, but the one we see today is a newer building of XII century in the Norman style.

Although I had just half-a-day in Sheffield as I’ve been there for a business trip, I totally fell in love with it! 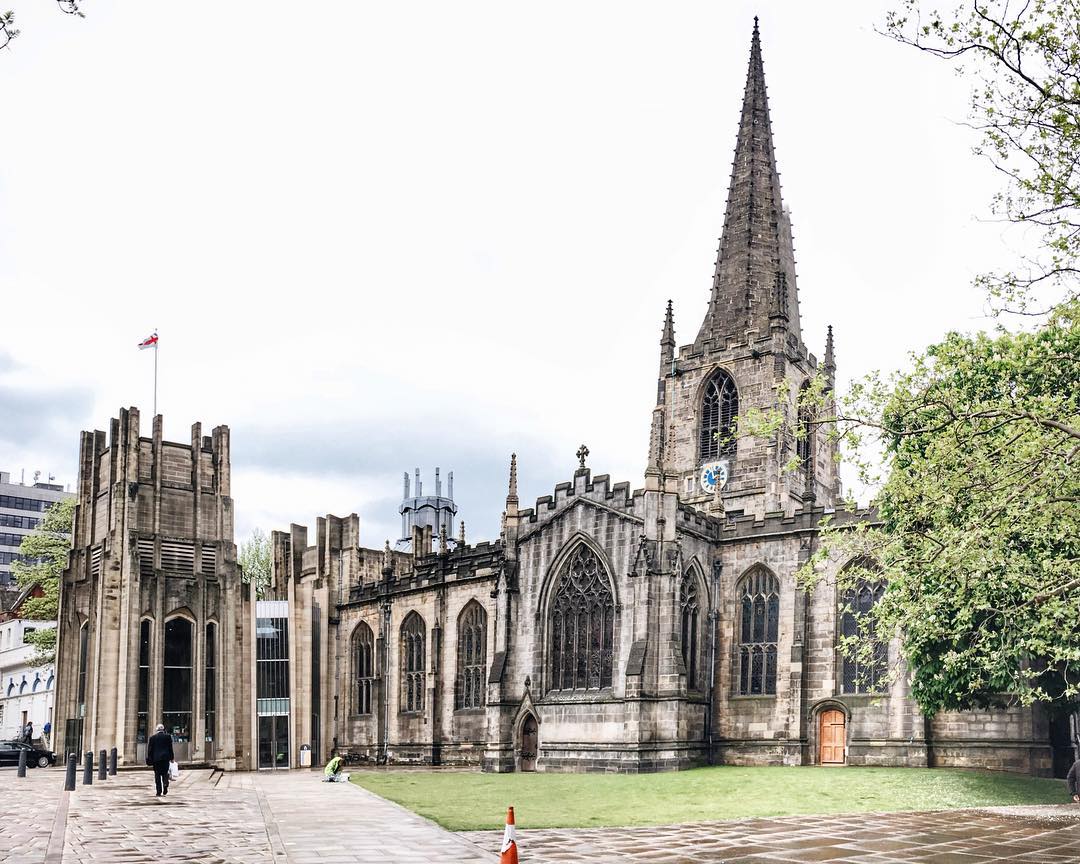 While Sheffield may be most known as the Steel City because of its steel industry, there are so many fabulous green areas around the city.

One of them is the Sheffield Winter Garden officially opened by the Queen in 2003. It’s one of the largest temperate glasshouses to be built in the UK during the last hundred years and the largest urban glasshouse anywhere in Europe.

Millennium Gallery is a real treasure as it hosts an exhibition of metalwork, contemporary art, and designs. Besides that, John Ruskin created a display of the objects he hoped would inspire Sheffield’s workers, and it includes minerals, watercolors, drawings, prints, plaster casts, illustrated books, manuscripts, and coins. As for me, I was impressed by the collection of semiprecious stones and Pre-Raphaelites. 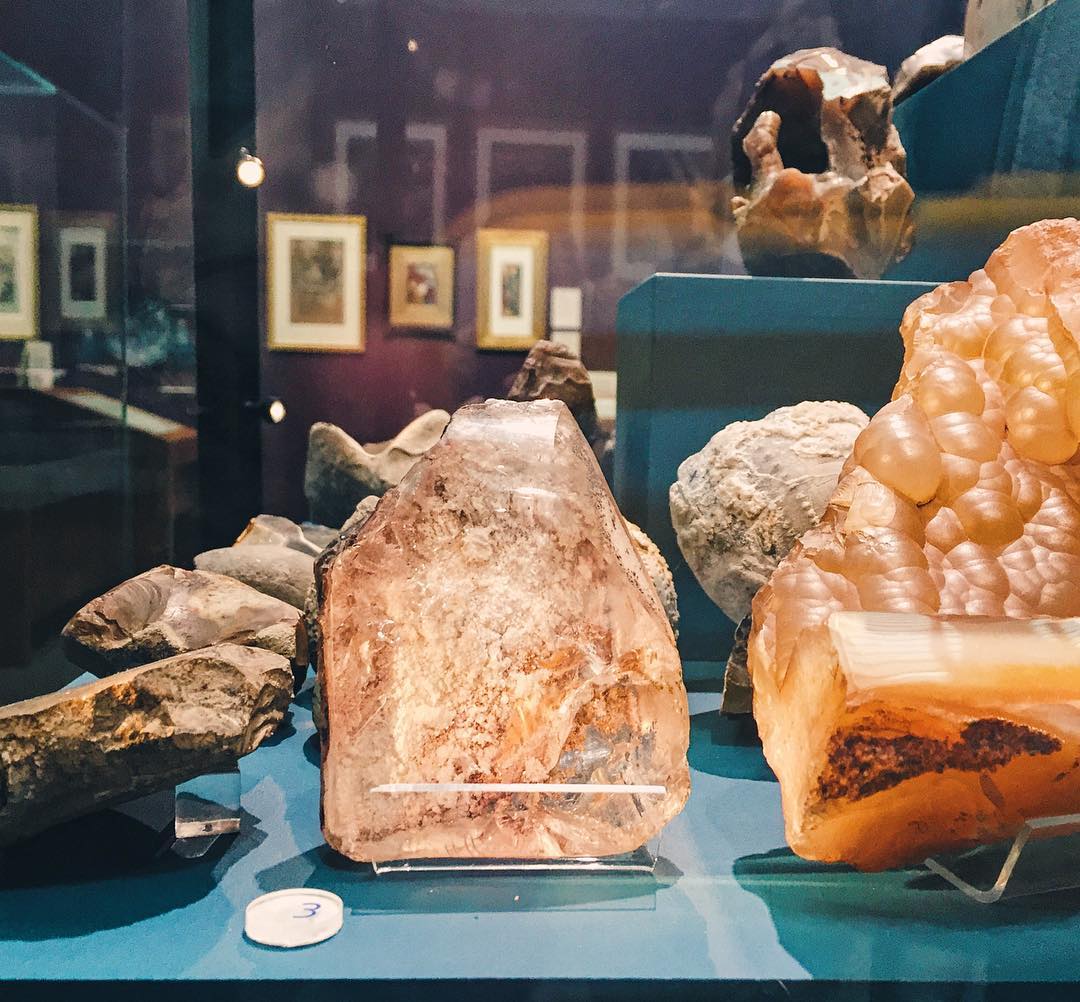 And, as when visiting any British city, pop into the Cathedral and walk around the Town Hall, they are always beautiful.