Shakespeare’s Globe: to visit or not to visit

Is it worth visiting Shakespeare’s Globe – or is that just another tourist attraction?

Living in London for so many years led me to the thought that Shakespeare’s Globe is just another tourist attraction London is so rich of. 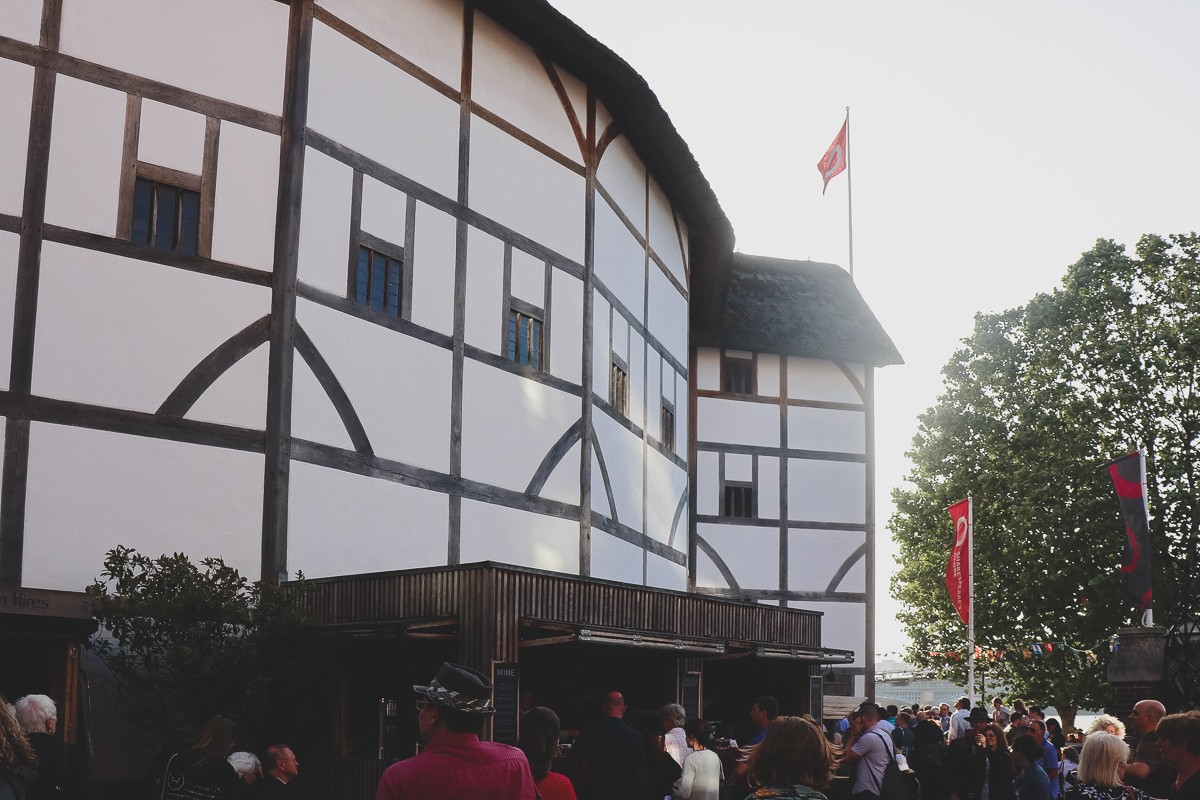 I had visited Sam Wanamaker Playhouse, a part of the theatre opened in January 2014 which inherited the features of the Blackfriars theatre just once – not for a play, but for the Viennese salon with Bach, R. and O. Strausses, Berg, Schubert’s music and the real candles. Still it was not the main stage.

Shakespeare’s Globe was opened on 12th of June 1997 and almost on the exact place where the original Globe presumably stood. It sounded a bit too ‘brand new’ for me – and, moreover, I’m much into anti-Stratfordian theories on whether actual William Shakespeare from Stratford upon Avon wrote the plays and sonnets we all cherish or whether it was Edward de Vere, 17th Earl of Oxford, or Sir Francis Bacon. But I admit that I was mistaken – the whole experience of visiting Shakespeare’s Globe is worth undergoing indeed. 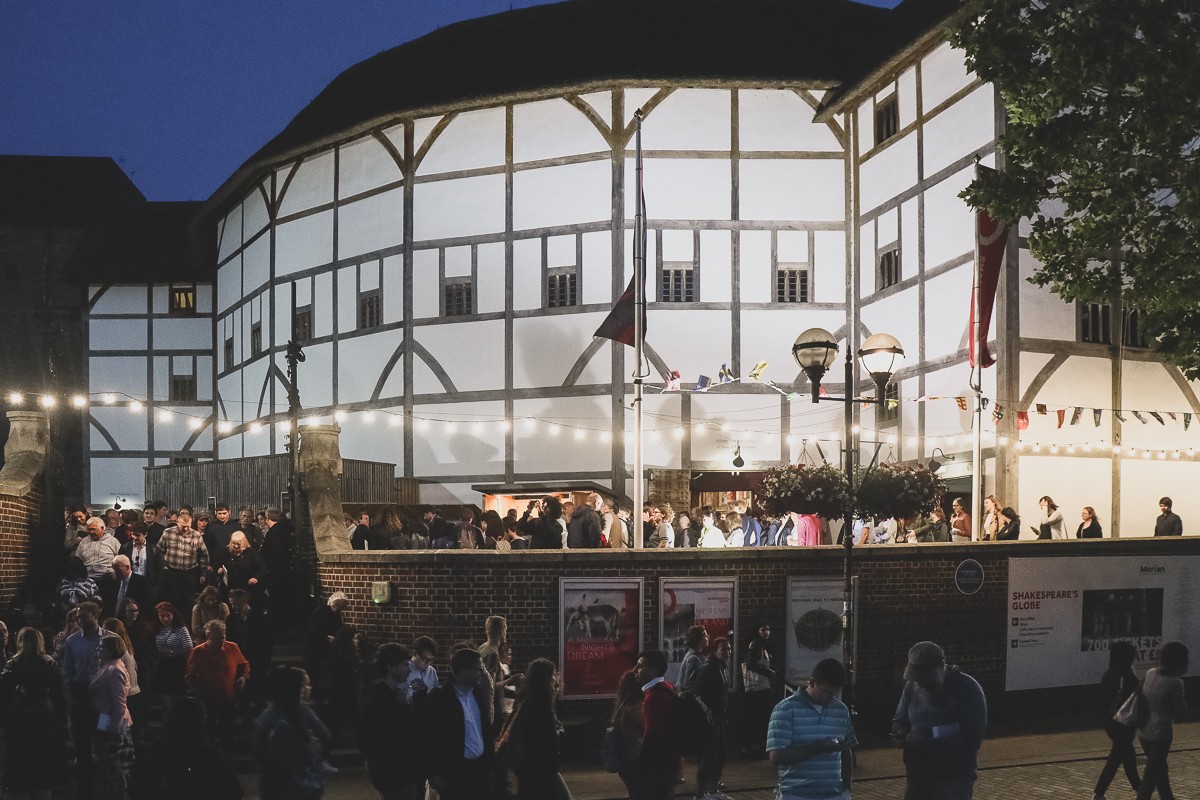 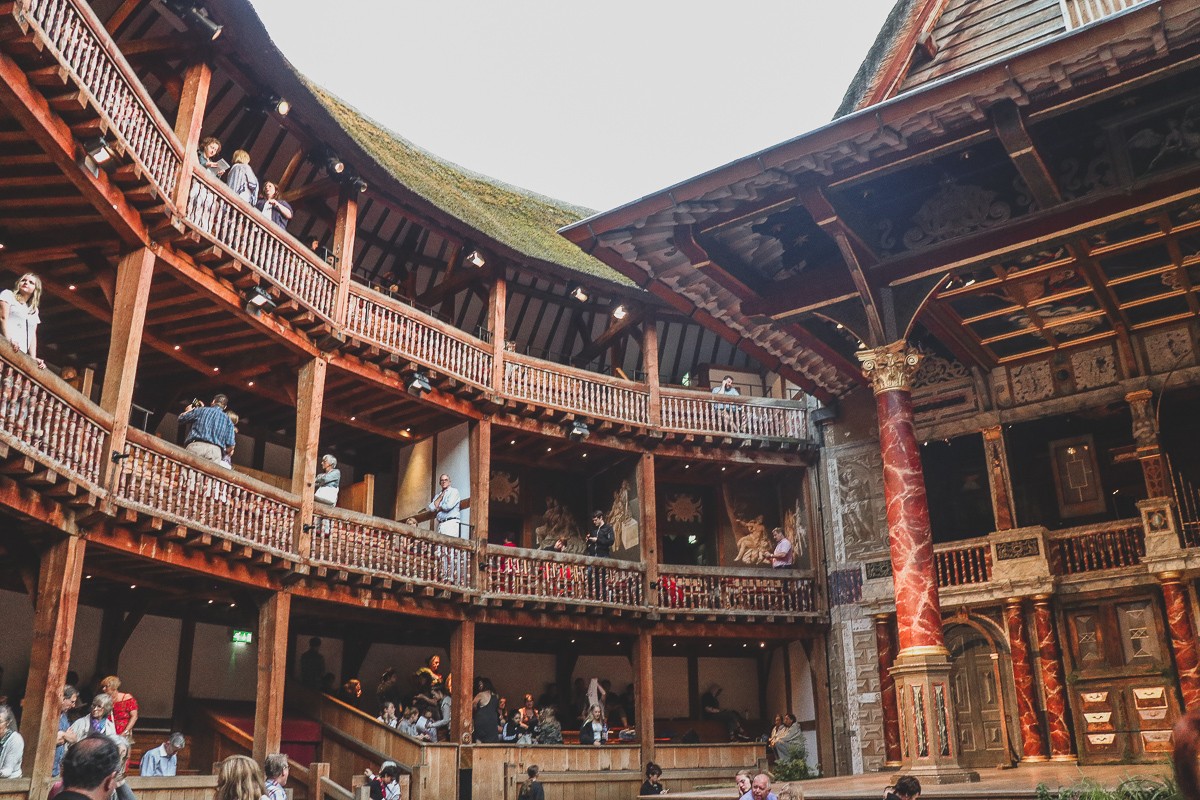 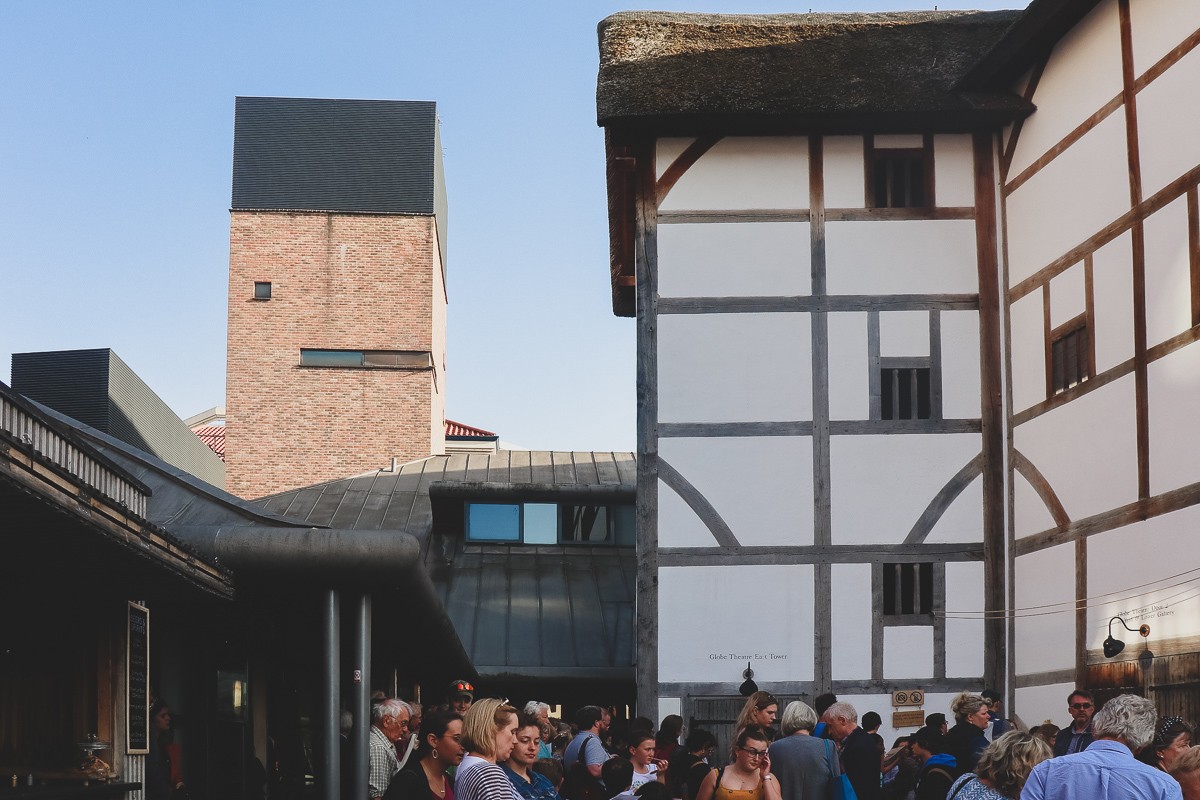 Firstly, the performance (in my case it was The Merry Wives of Windsor set in the 1930s) is really good. Sitting in the upper rows I equally enjoyed the play itself and the interactions of actors with the public on the standing places like splashing them with water. 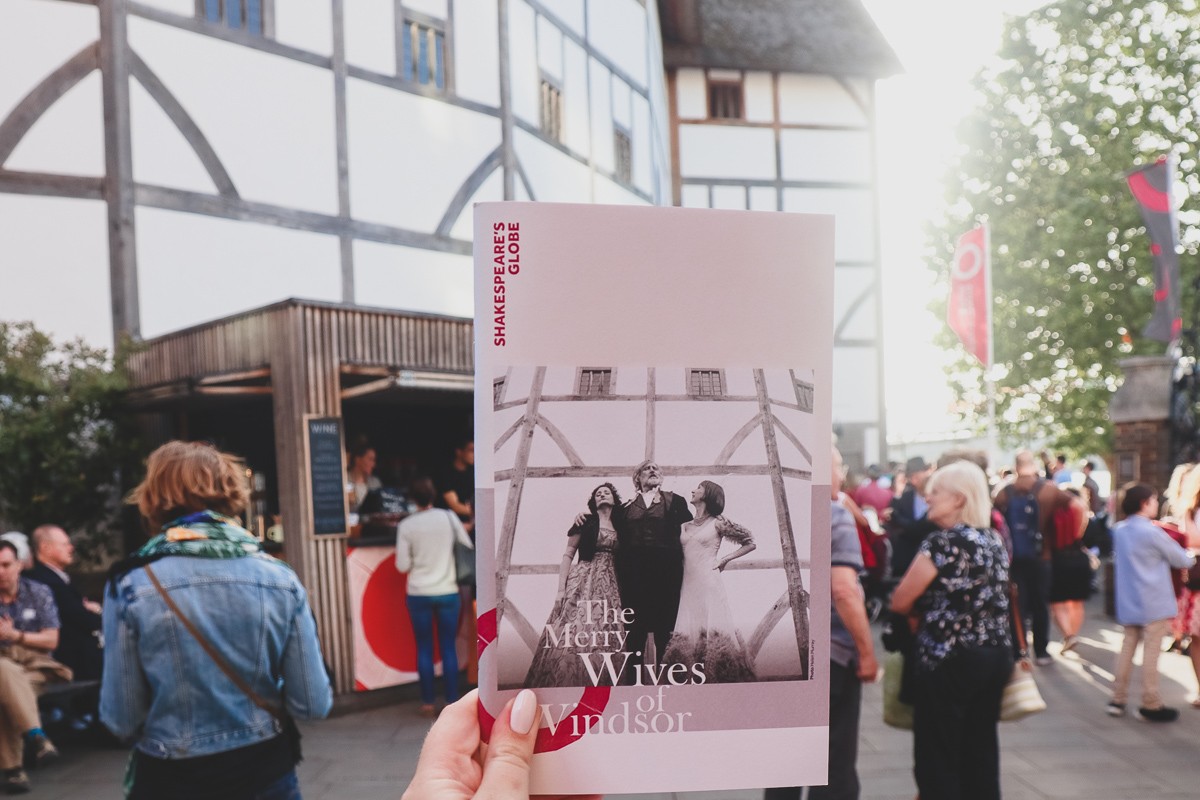 Stuff dressed up as if they were in the Original Globe were walking through the theatre before the performance began too!

Secondly, the stage and the whole building will please any aesthetically inclined person.

Lastly, the history of the place is really astonishing. The original Globe was constructed in the Roman amphitheatre tradition in 1599 for the needs of the Lord Chamberlain’s Men (later known as the King’s Men) theatre group which Shakespeare was a part of: they couldn’t use the existing at that time playhouse – the Blackfriars one. In the following years, the company started performing in both theatres, open air Globe and roofed Blackfriars Theatre until the Globe turned into ashes after a fire in 1613 during the Henry VIII performance. It was rebuilt the following years and demolished in 1644. 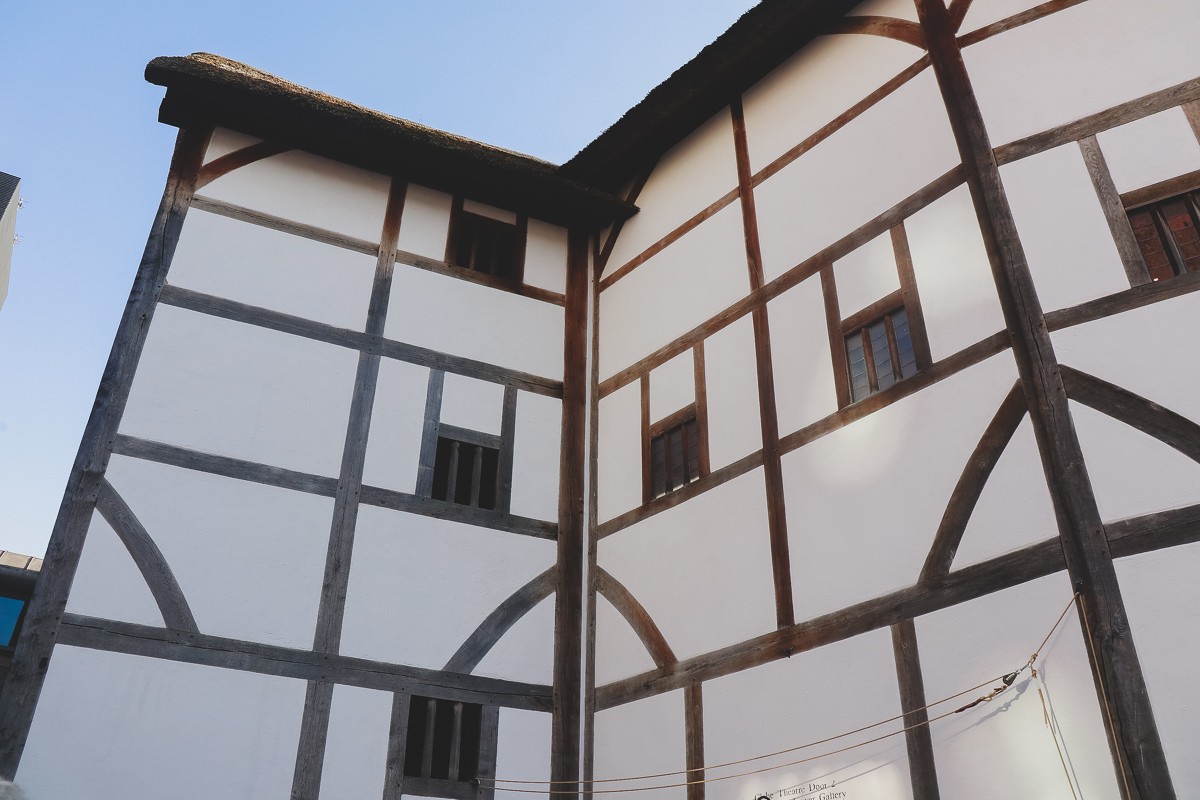 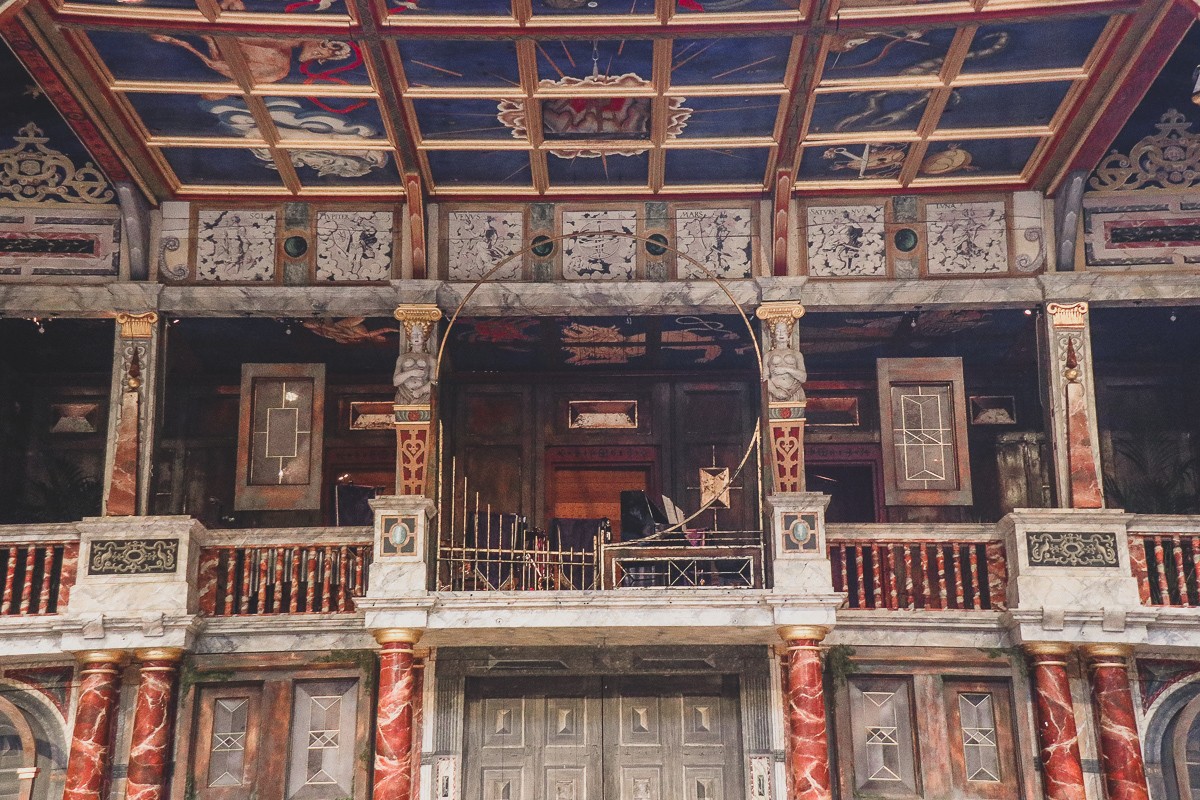 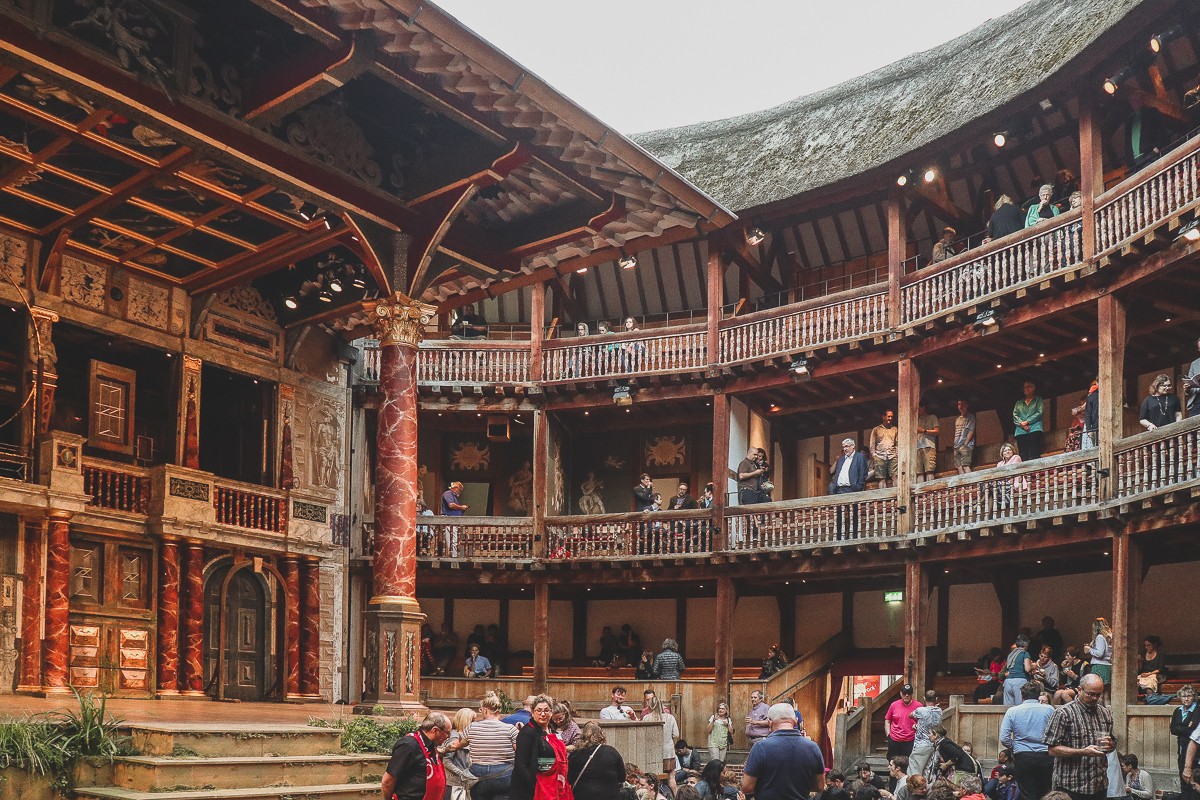 In the 70s, an American actor and enthusiast Sam Wanamaker got obsessed with an idea of building a replica of the original Globe and launched the Shakespeare Globe Trust – and so here we are a few dozen years later! A very inspirational history, isn’t it? 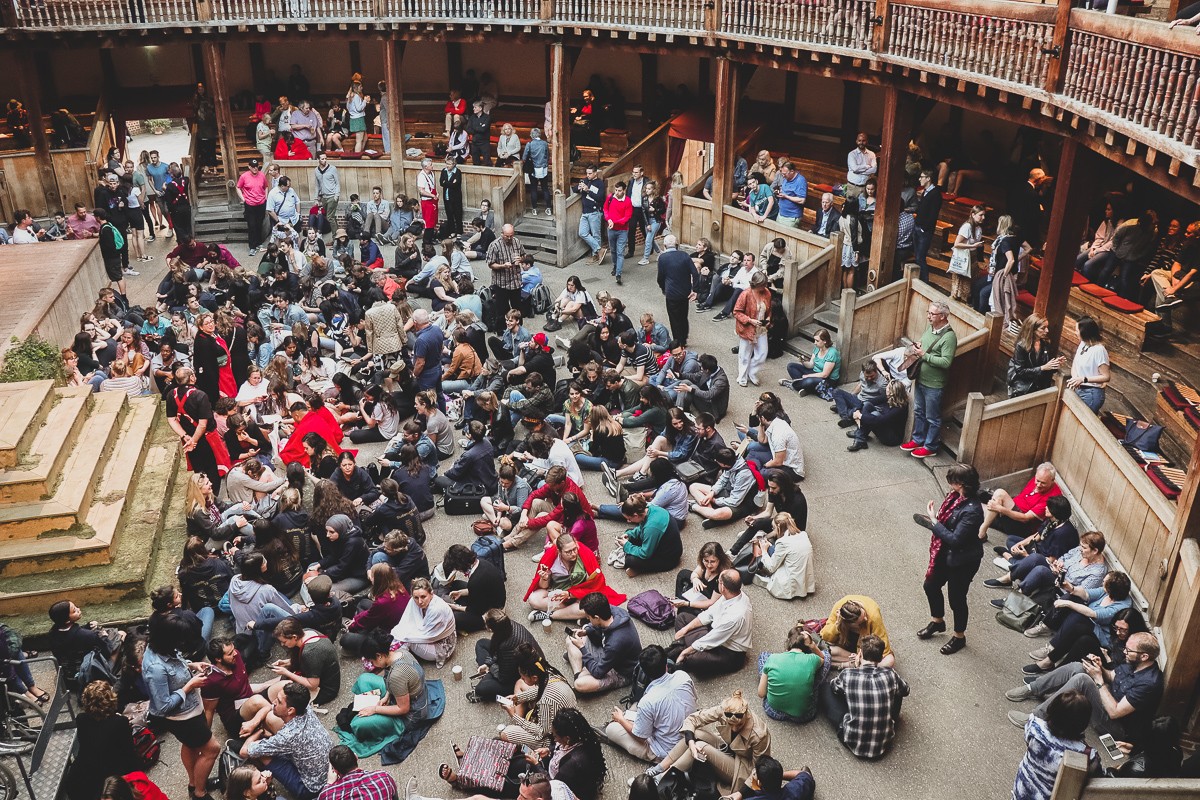 I sincerely advise you to rent a cushion. It’s possible to pay for a cushion voucher in advance while booking the tickets online so you can quickly collect it upon your arrival. 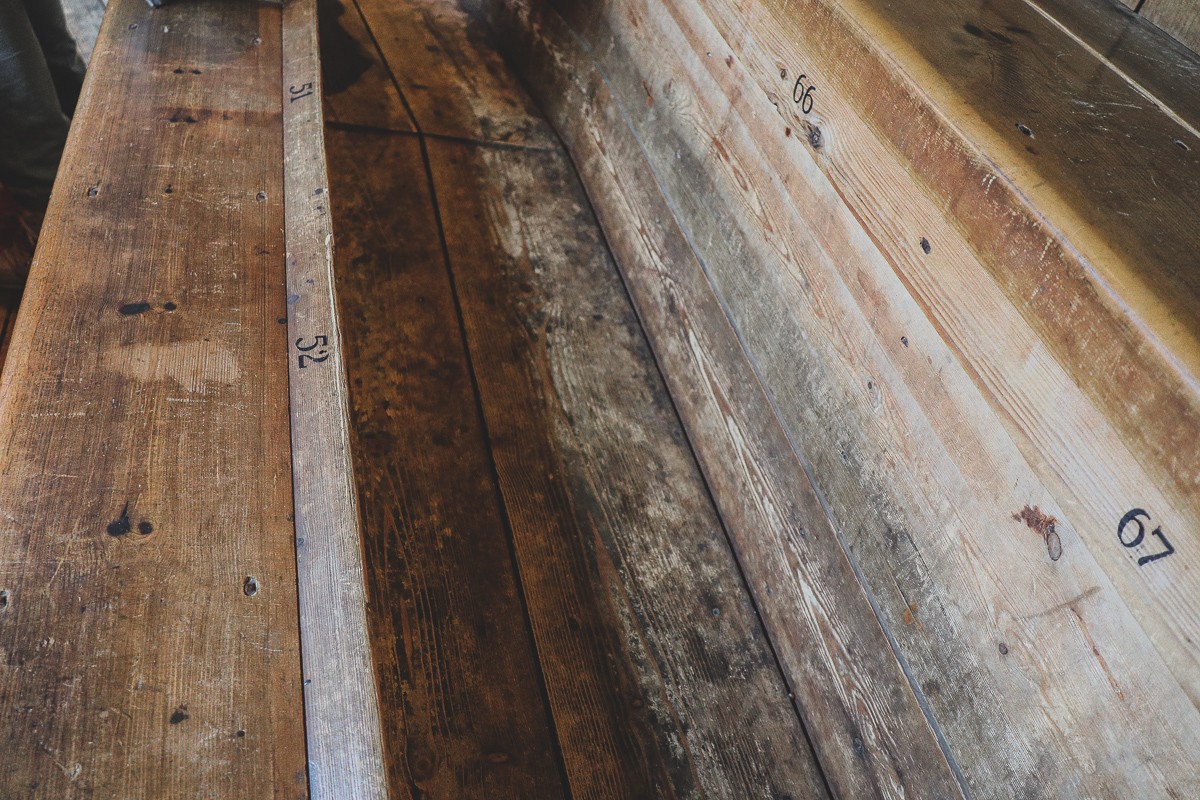 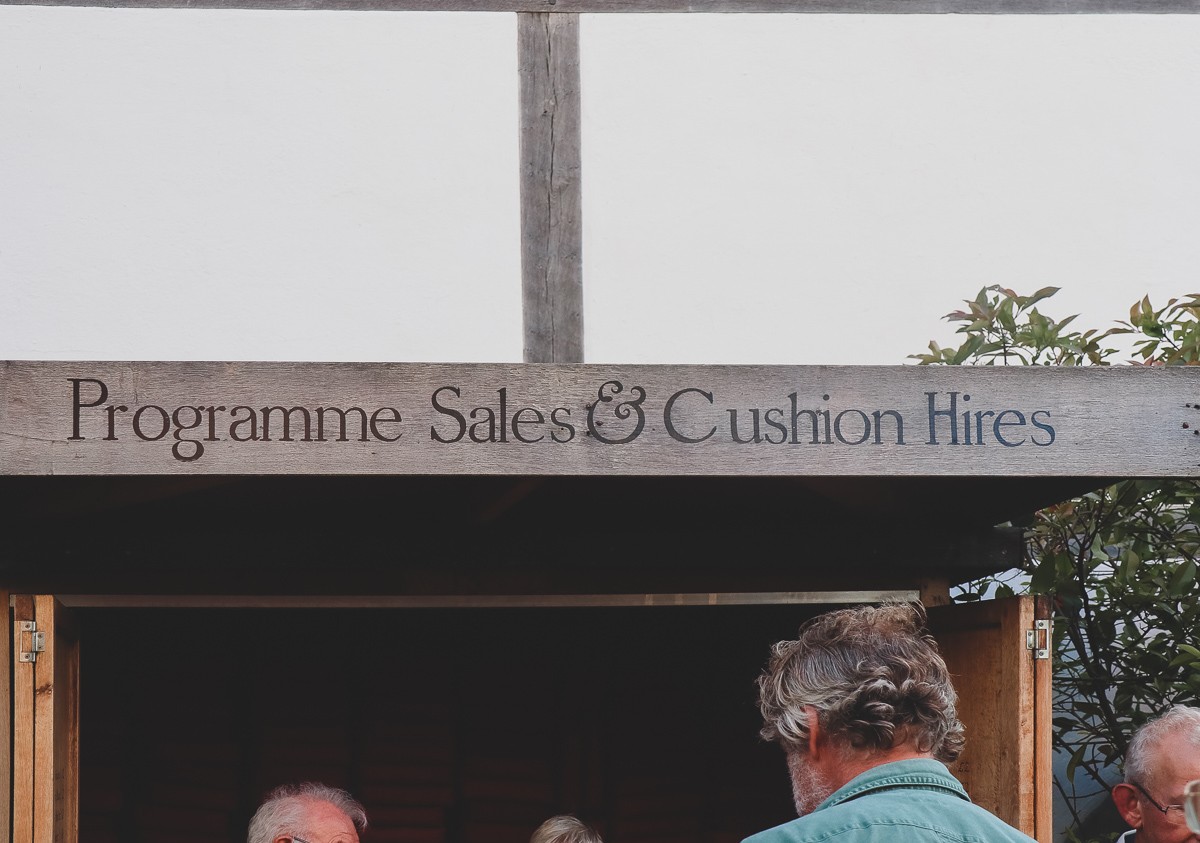 Besides that, don’t forget that Shakespeare’s Globe is an open air theater and thus it is the weather and time of day – dependent. Of course, you can buy a blanket in the local shop but you might just want to wear something warmer.

Don’t forget to pop into their store for some souvenirs too! 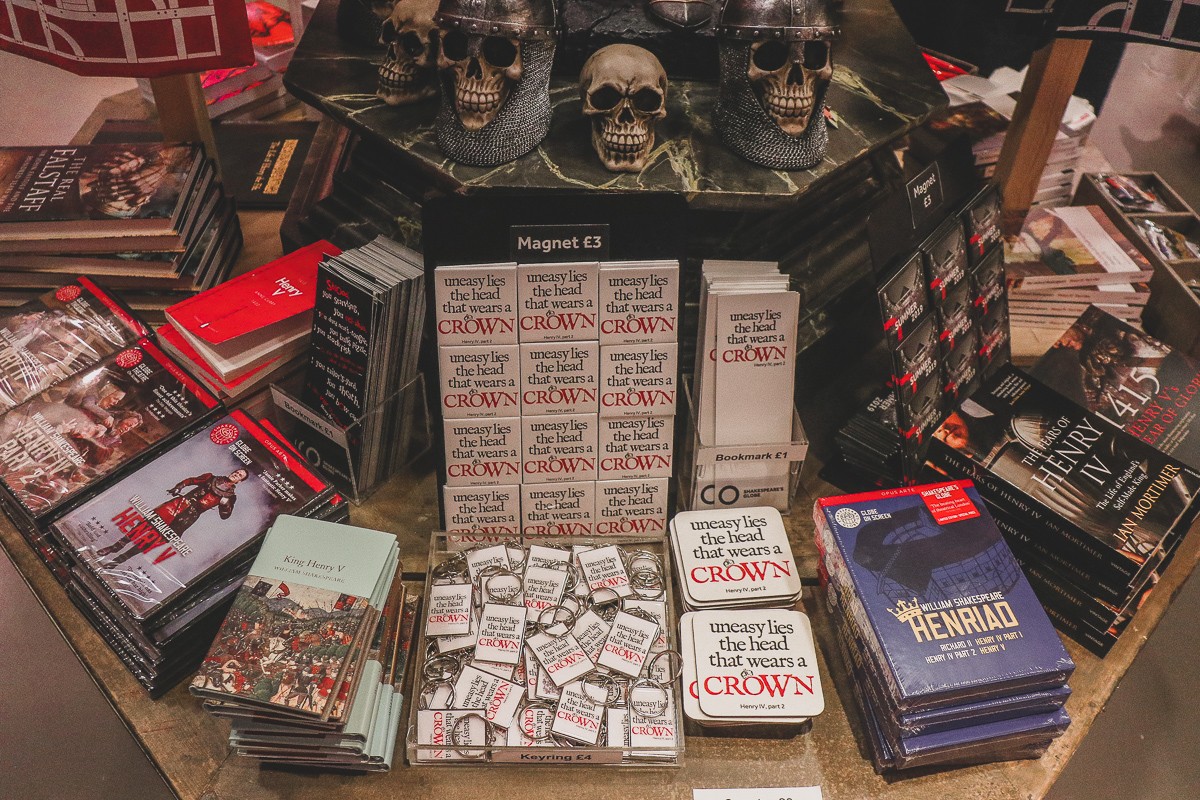 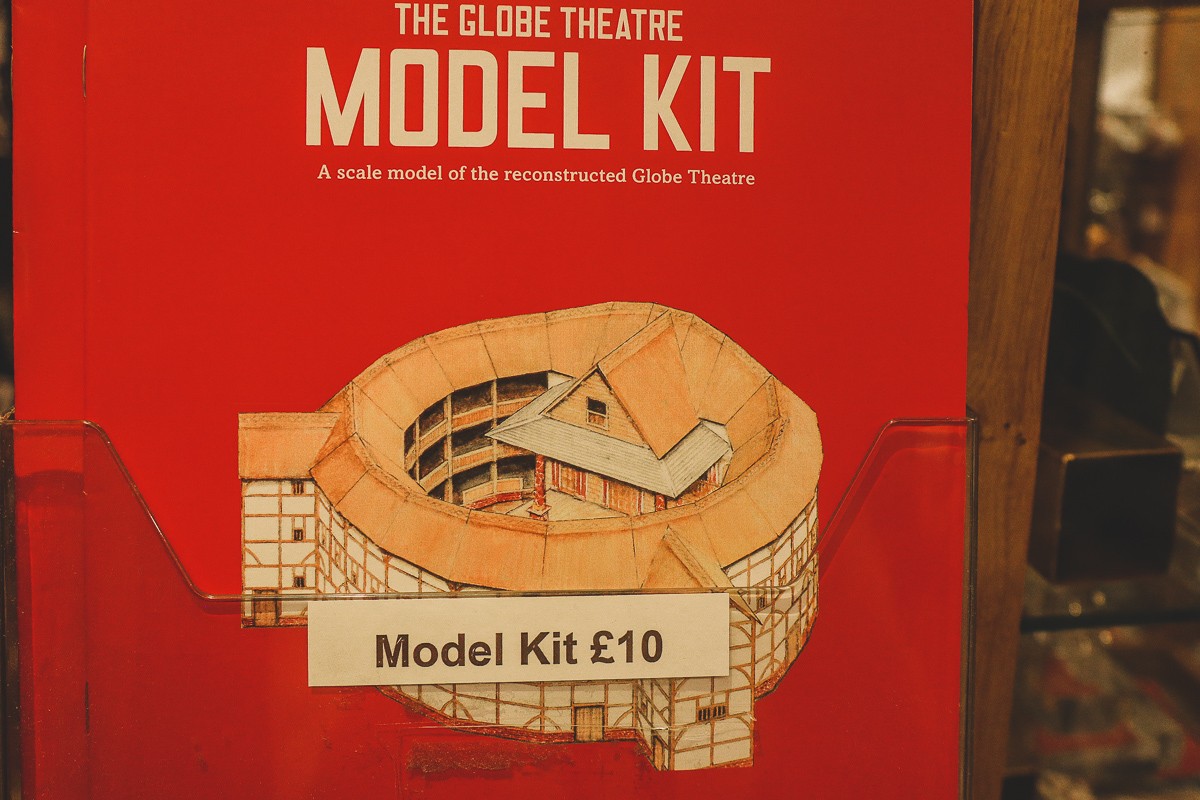 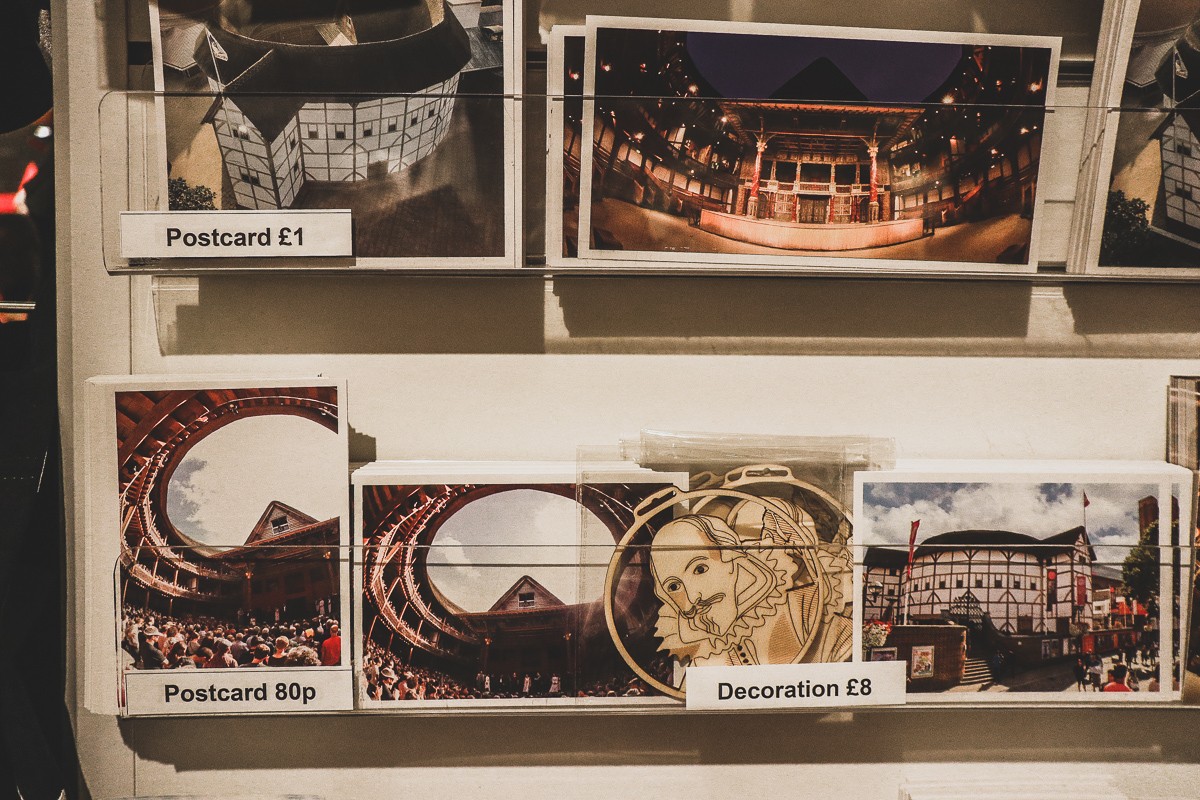