Loire Valley: in search of fairytale

Explore the Loire Valley, one of the most interesting historical regions of France.

The Loire Valley is one of those areas of France that was packed with nobility and royalty for centuries. Since the middle ages aristocracy was choosing it as a location for their fortified feudal castles and elegant chateaux – and, as a result, now it’s filled with dozens and hundreds of magical architectural gems from the Renaissance period. Kings and queens resided there too, so you might’ve well read about these locations in fiction!  Some palaces were affected intensively by WWII but now are restored. Now this area is protected by UNESCO.

Are you ready to see the Enlightenment at its finest?

Blois is “the most royal” palace of Loire Valley of my list: it was the main residence of the royalty for about a century until Henry IV moved the court to Paris, and at least 7 kings and 10 queens stayed there! 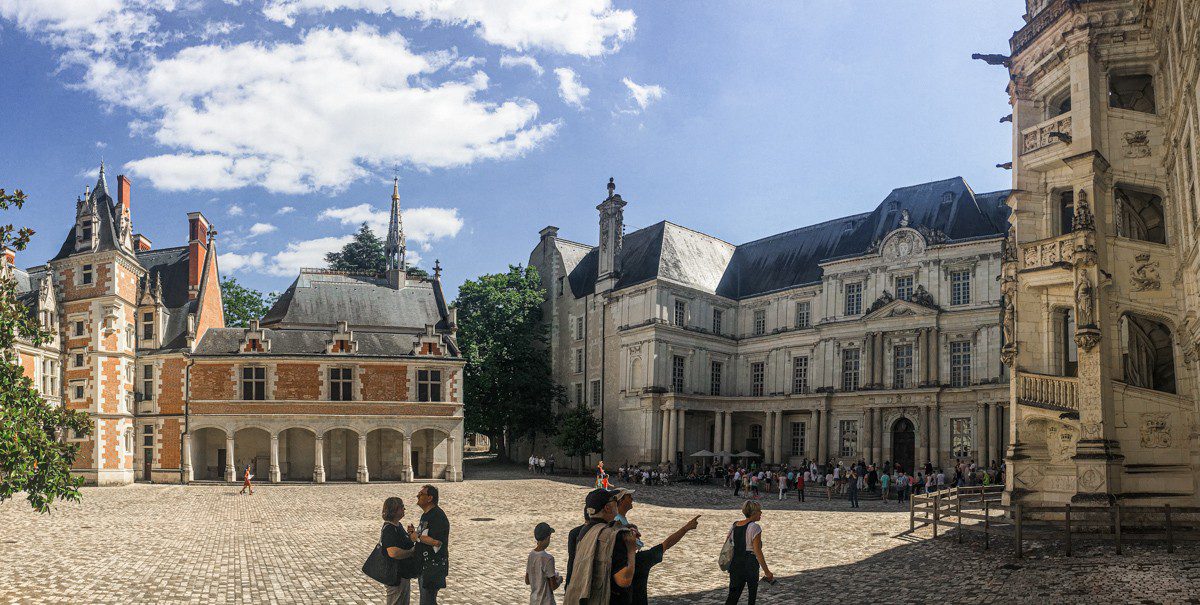 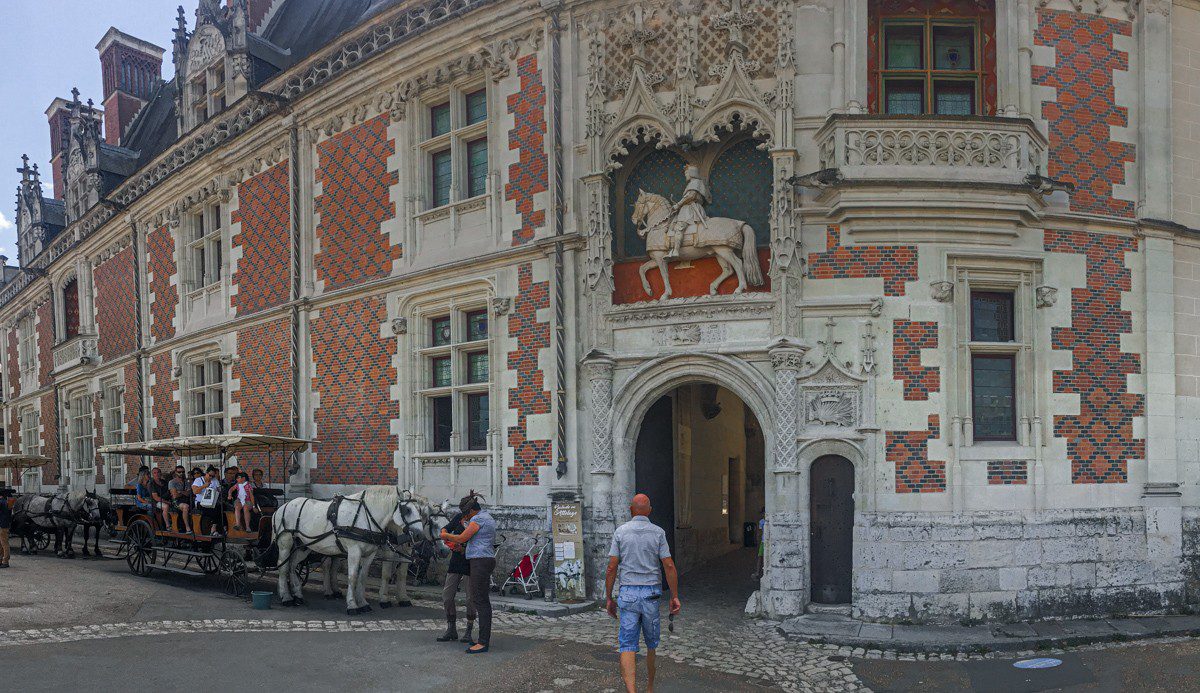 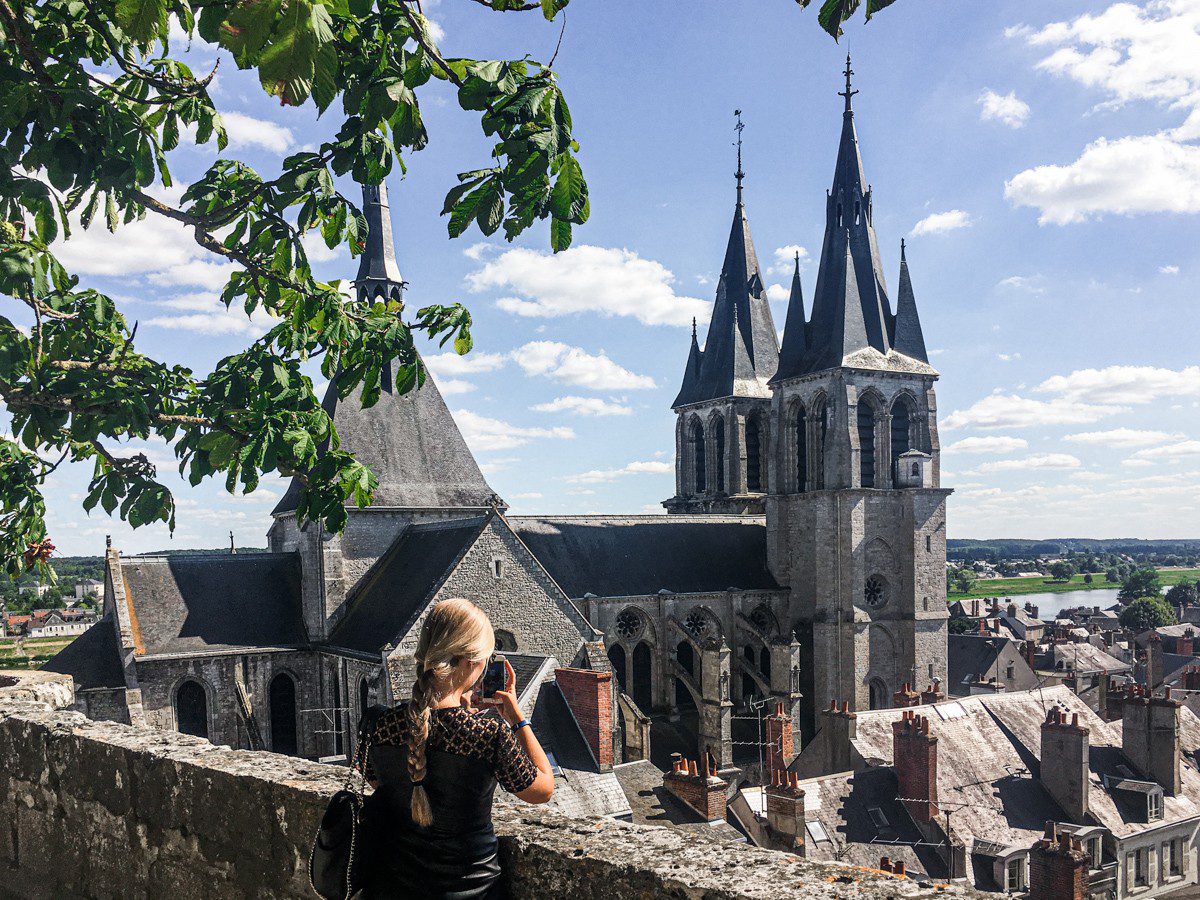 It’s associated the most with the names of Francis I and Louis XII who made major rearrangements to the palace. The architecture of the palace is incredible: just look at this facade and the breathtaking outer staircase!

Tip: Blois is the loveliest city to visit even apart from its palace. The streets of the old city are charming, the cathedral of  Cathédrale Saint-Louis and the church of Saint-Nicolas are stunning – and don’t miss Maison de la magie (House of magic) too.

Another gorgeous palace of Loire Valley is Château de Chenonceau – and it’s actually built over the river Cher! There were other buildings on this place since the 11th century but the current one dates back to the early 16th century. An amazing gallery, its signature part, was constructed around the 1570s. 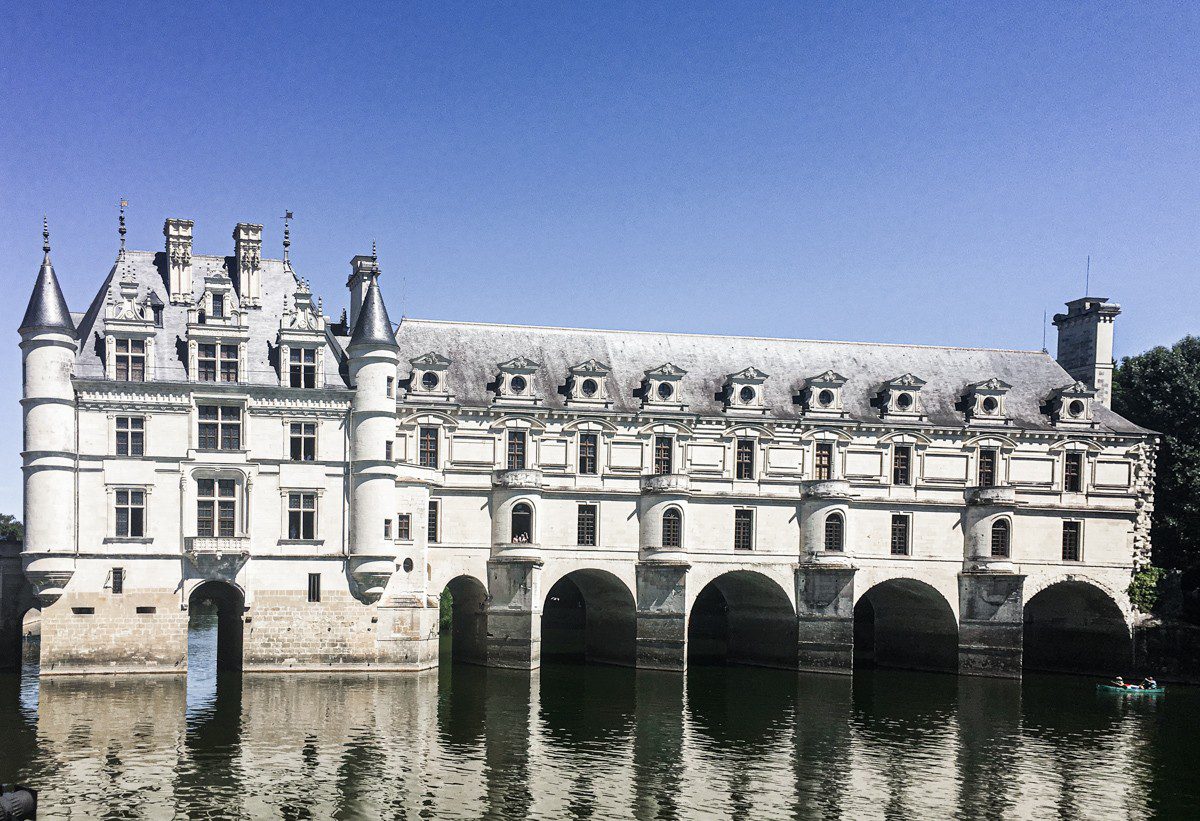 Château de Chenonceau is often referred to as the Ladies’ palace (Le Château des Dames) as opposed to others because it was used to be owned by women: it was built under the guidance of Katherine Briçonnet (the wife of Thomas Bohier), then  Henry II gifted it to Diane de Poitiers, his mistress, but soon Catherine de Medici took it for herself. After that Louise of Lorraine stayed there to mourn her husband – Henri III – ‘s death. Now it’s owned by the Menier family of famous chocolatiers. Take time to appreciate its art collection too.

When you’re visiting this palace, don’t forget to stroll around the Catherine di Medici gardens and the Maze! 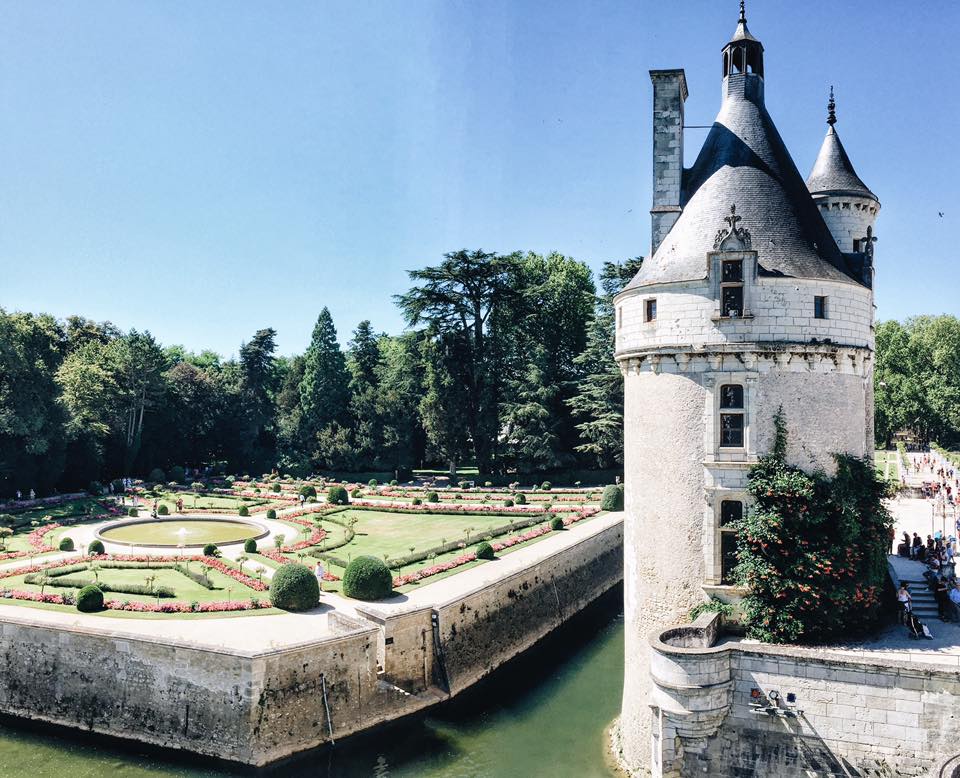 And I cannot recommend enough L’Orangerie – it had just the most incredible food decor and cheese plate ever! And don’t forget that Loire Valley is famous for its wines 🙂 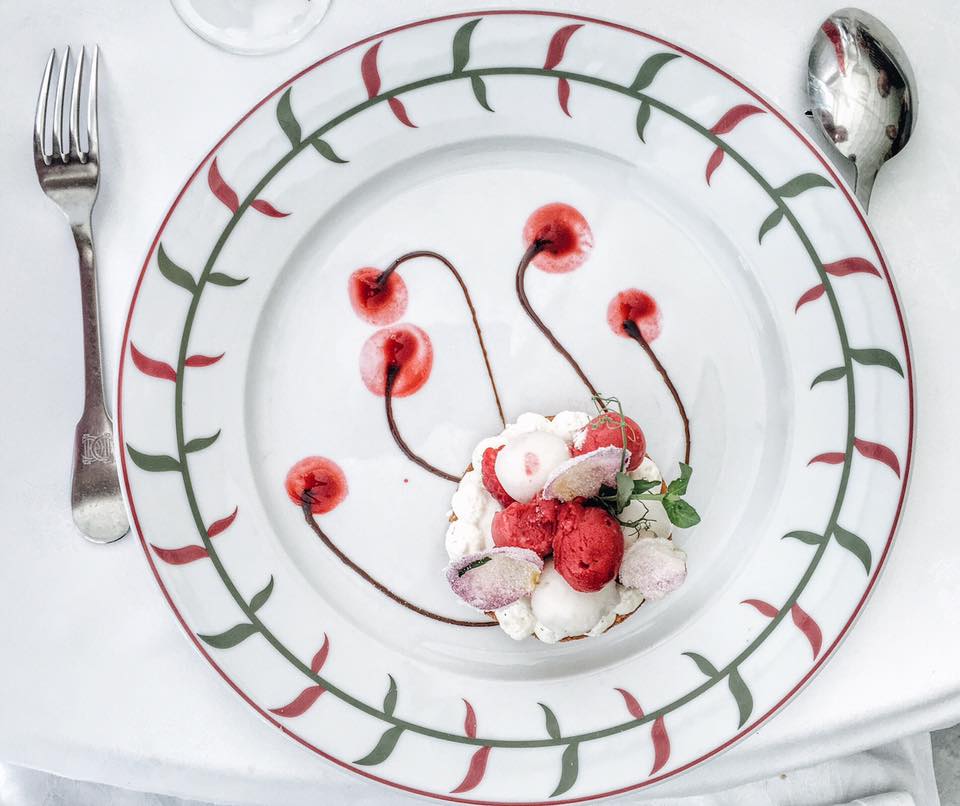 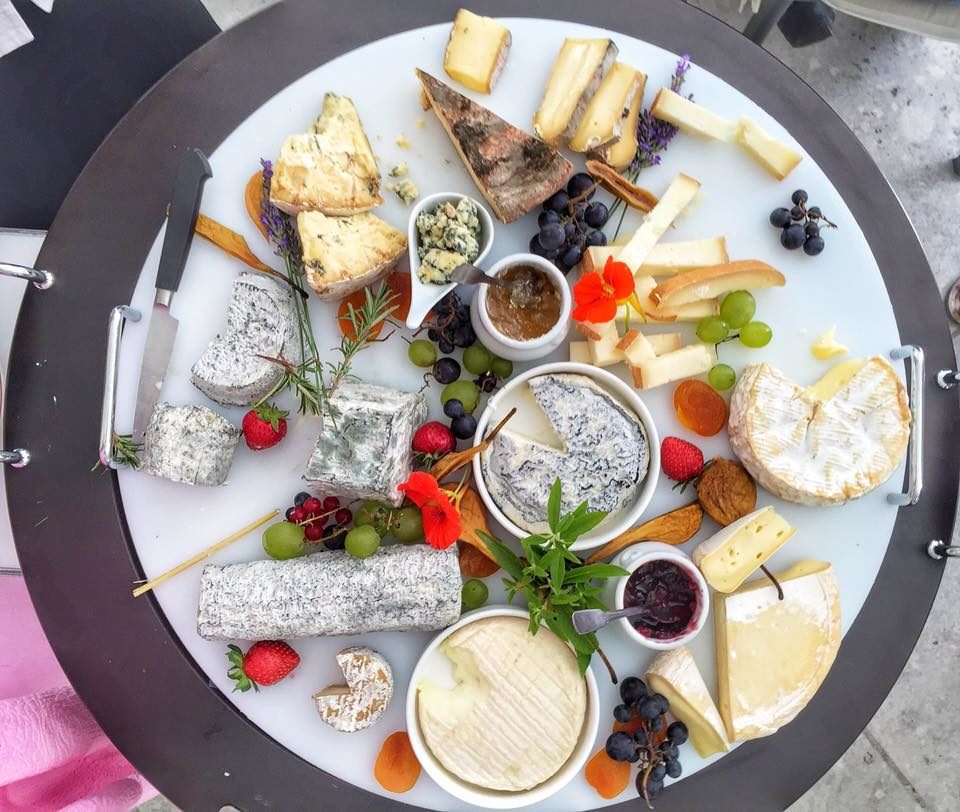 When you approach Ambroise, you have a marvellous view over the river Loire and the palace on an elevation reflected on it! Its history traced back to the 9th century, then, during the rule of  Charles VII,  it was turned into the royal residence – Charles VIII even died there after hitting a low door! Eventually Château fell into decline and some of the buildings were demolished until it became protected by the French government. Now it feels a bit empty but still has the best views from its walls and the loveliest garden.

This place is strongly associated with Leonardo da Vinci – as you most likely know, he moved to the royal court of France at some point of his life, lived near Ambroise since 1515  and actually was buried in the chapel of Saint Hubert in here!

Château de Chambord is probably the most well known marvel of the Loire Valley due to its relative closeness to the French capital and due to its size: it’s HUGE! And not only looks like a proper castle but it’s also surrounded by forest with deers! It was built  in 1519 – yes, it’s just celebrated its 500th anniversary! – and was meant to serve as a hunting residence for the Françis I. However, at the end of the day, the king didn’t like the palace and preferred staying at Blois and Ambroise.
Sadly, during our visit a big part of the Château de Chambord was under reconstruction.