10/12/2018
[DISPLAY_ULTIMATE_SOCIAL_ICONS]
Spread the love
Monaco – what associations do you get when you hear this word? ‘Principality’, ‘House of Grimaldi’, ‘Grace Kelly’,  ‘French Riviera’, ‘James Bond’, ‘Monaco Grand Prix’, or, maybe, ‘architecture of Belle Époque’? Whatever it is, I bet that link has such components as ‘exclusively’ and ‘chic’. And that’s exactly how Monaco, a proud microstate in Europe, is! 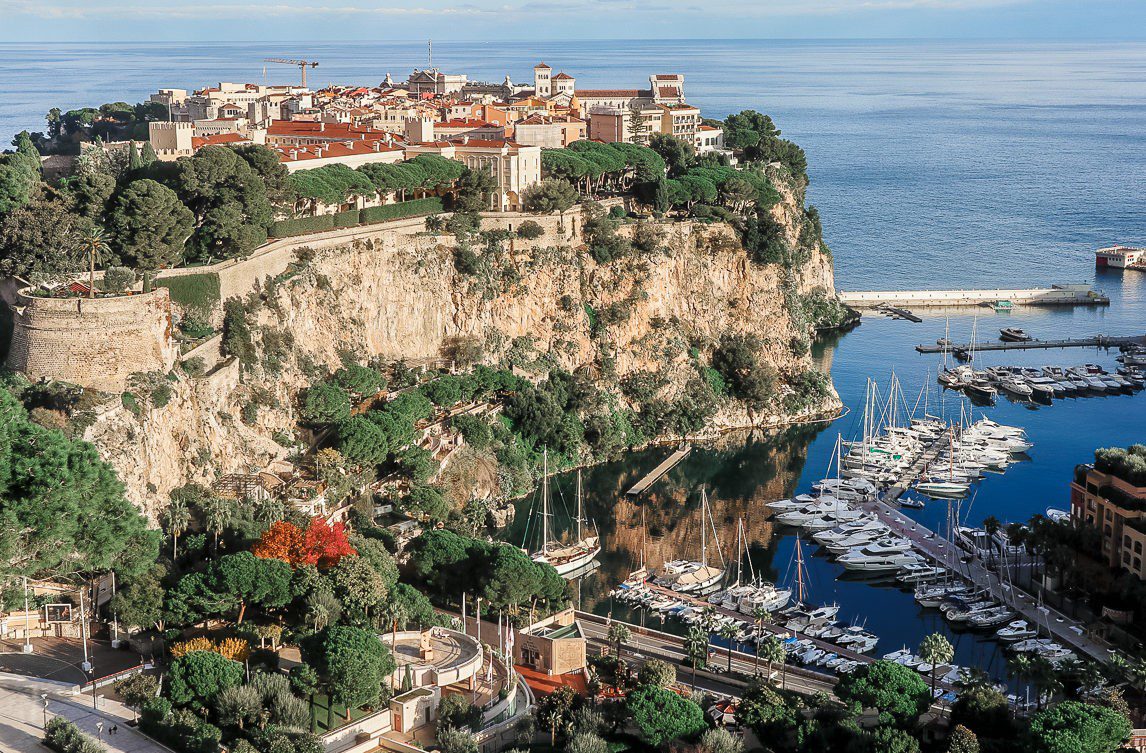 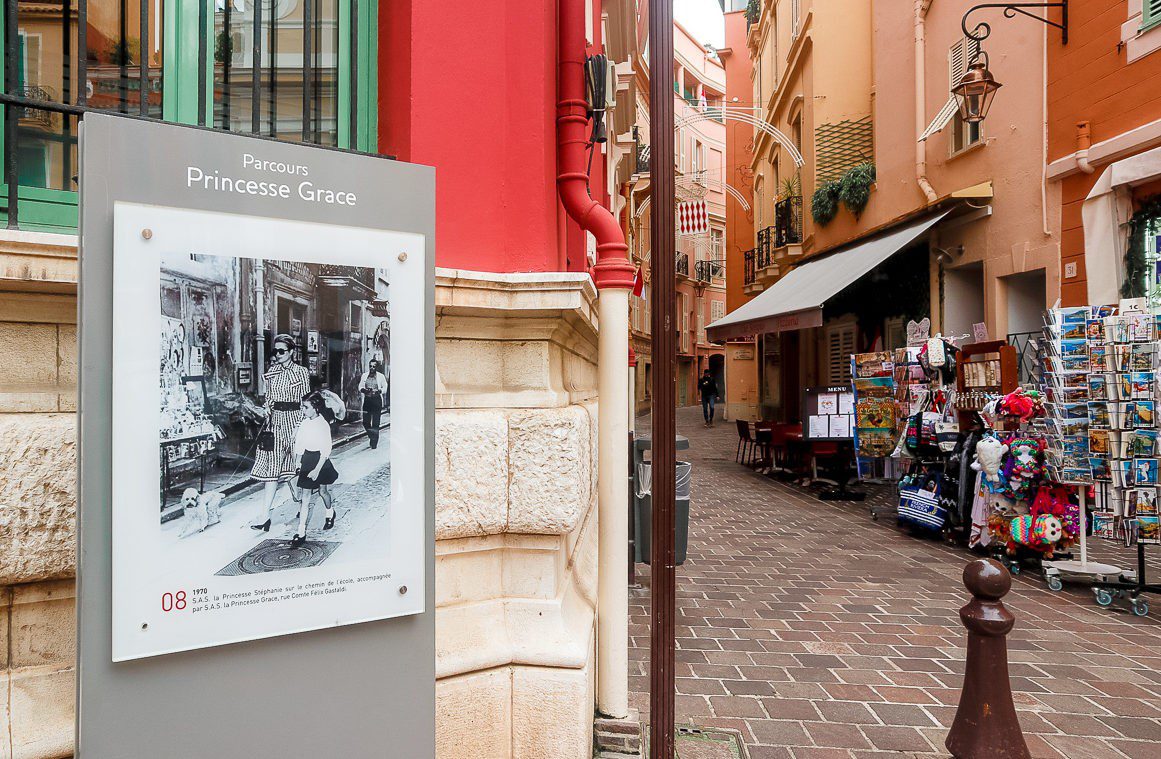 I was lucky to experience the best of Monaco during my stay at the Hotel Metropole Monte Carlo – scroll down to dive into the atmosphere of ultimate luxury of Monte Carlo, one of the districts of principality!

How to make the most epic acquaintance with a city in order to immediately fall in love with it? Ask me! Yes, it’s a transfer from airport to the hotel not in a car but in … a helicopter! 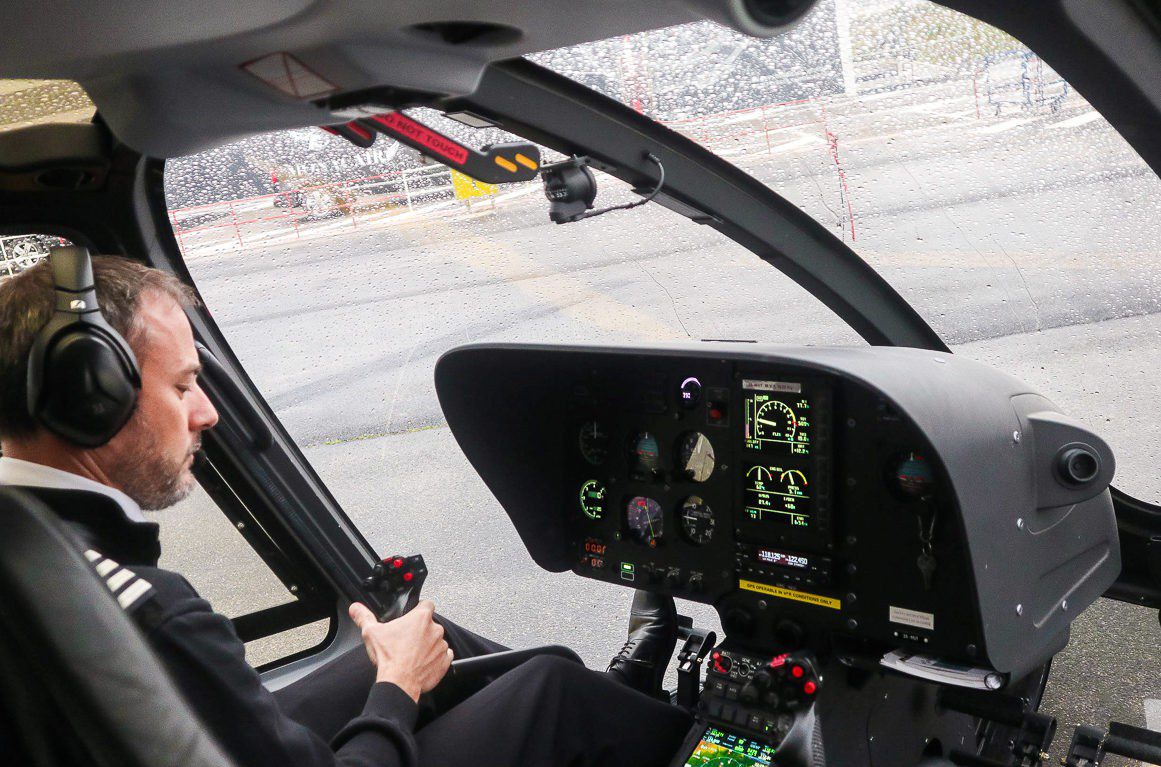 It felt quite unusual because you make a separate check-in at the desk just upon your arrival from the other flight, then you have your bags checked again – and in just a short ride by car you’re already in a helicopter! 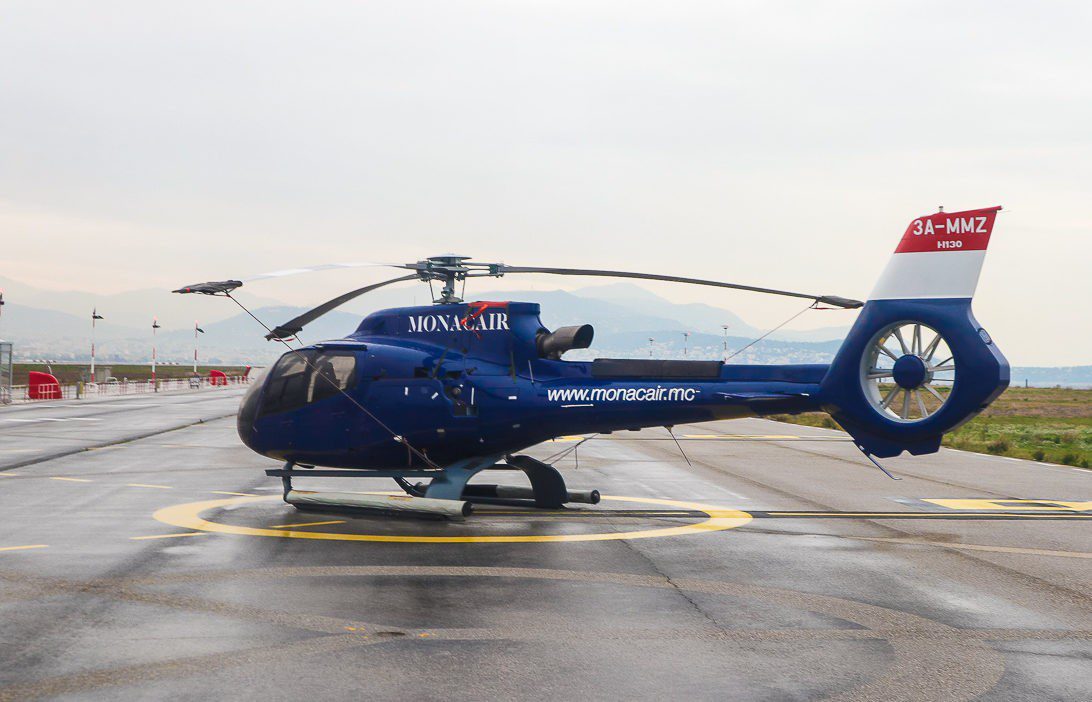 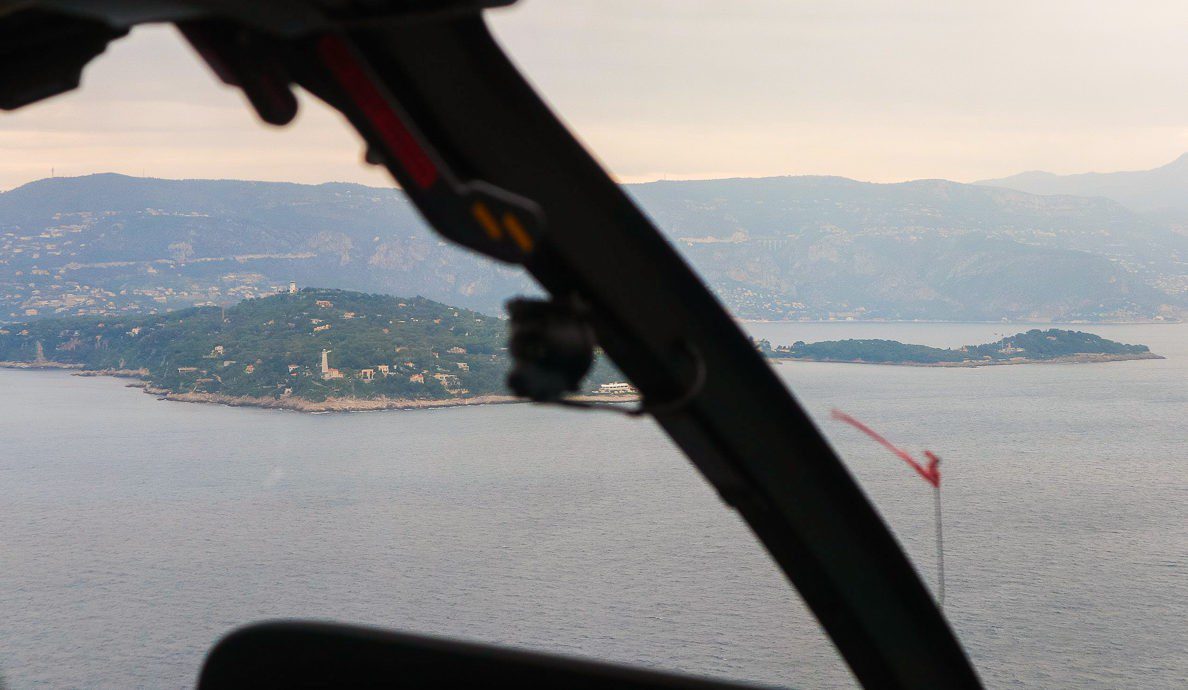 You feel so tiny comparing to the endless sea and seagulls look like bugs! But you definitely understand why French Riviera is called Côte d’Azur – just look at these colours! 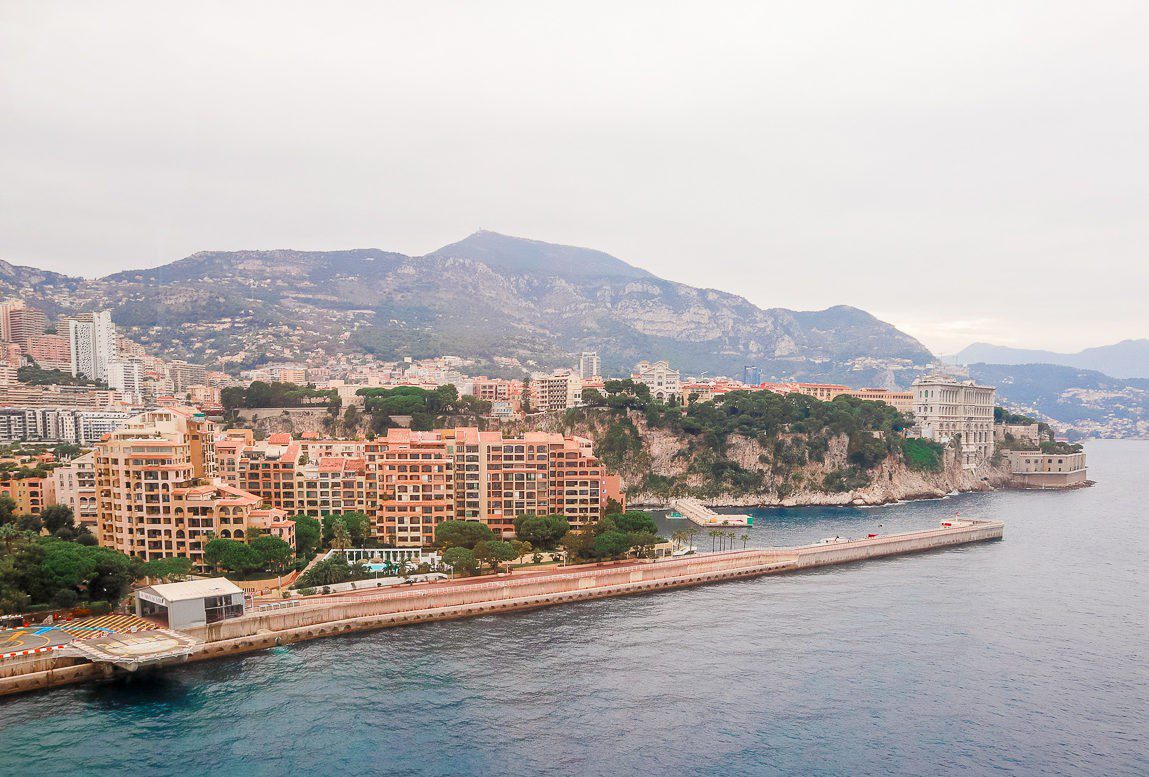 After a 7-min flight you finally see the point of you destination – and I cannot think of any other way to enter a city so magnificantly. 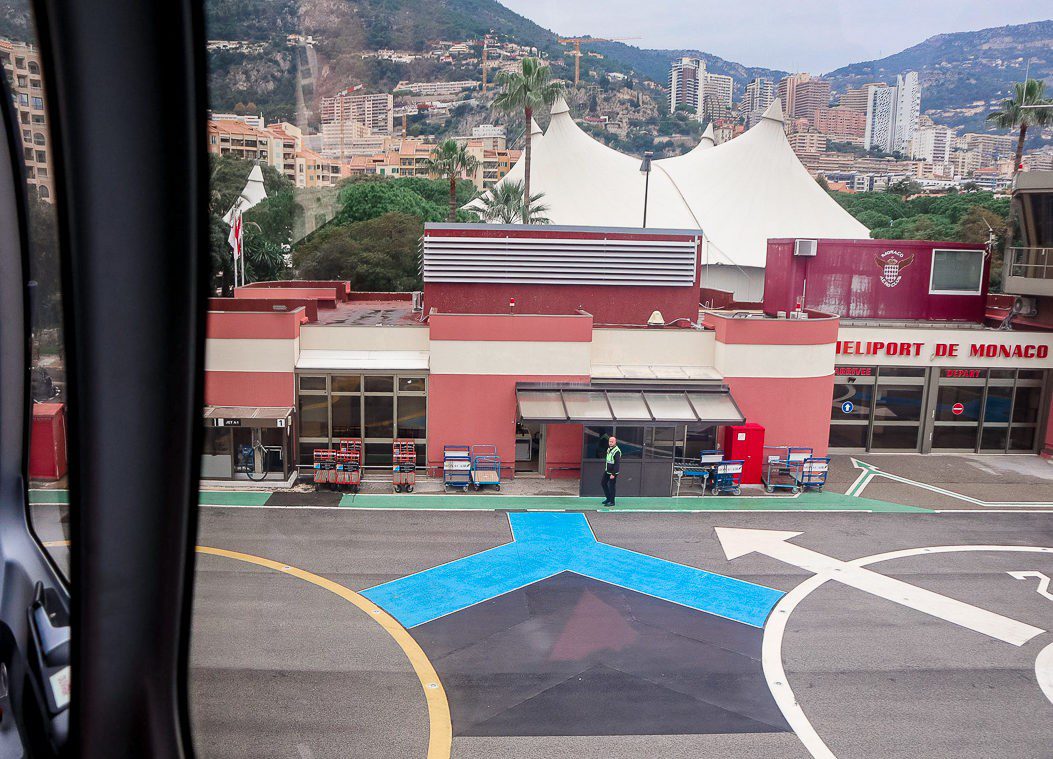 A quick car transfer picked us up and took to the Hotel Metropole Monte Carlo – our trip was just a few minutes.
The same journey back was even more terrific because of the sunset! 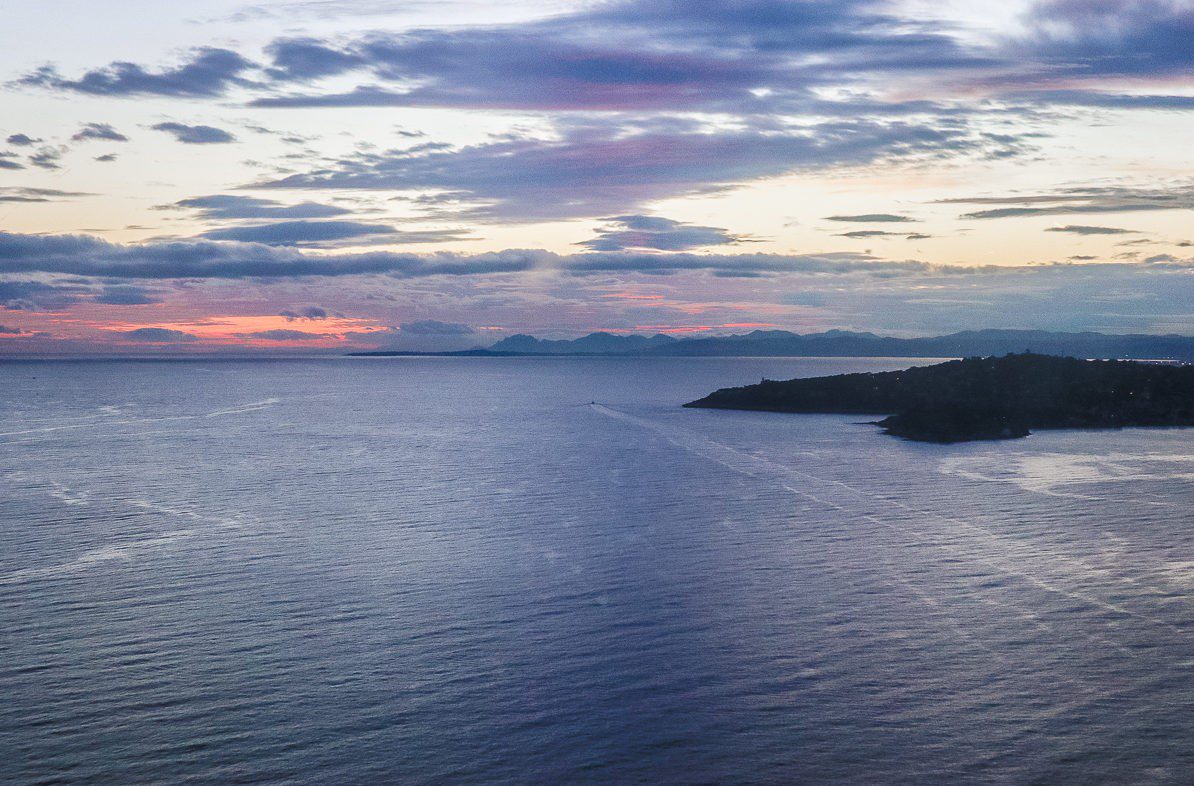 If you missed my stories where I documented the flights please go to the highlights named ‘Monaco’ on my Instagram page.

Just off the most known square of Monaco – Place de Casino – and you enter a gorgeous building of Metropole, one of the rare privately owned hotels in the area. 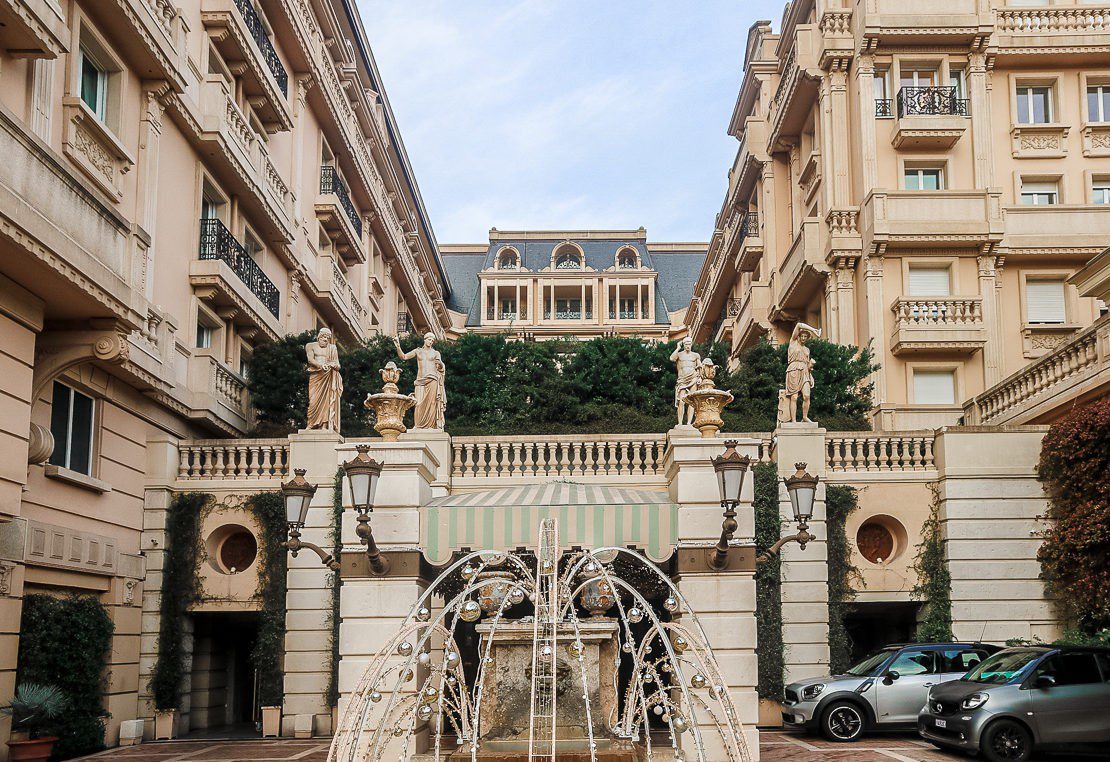 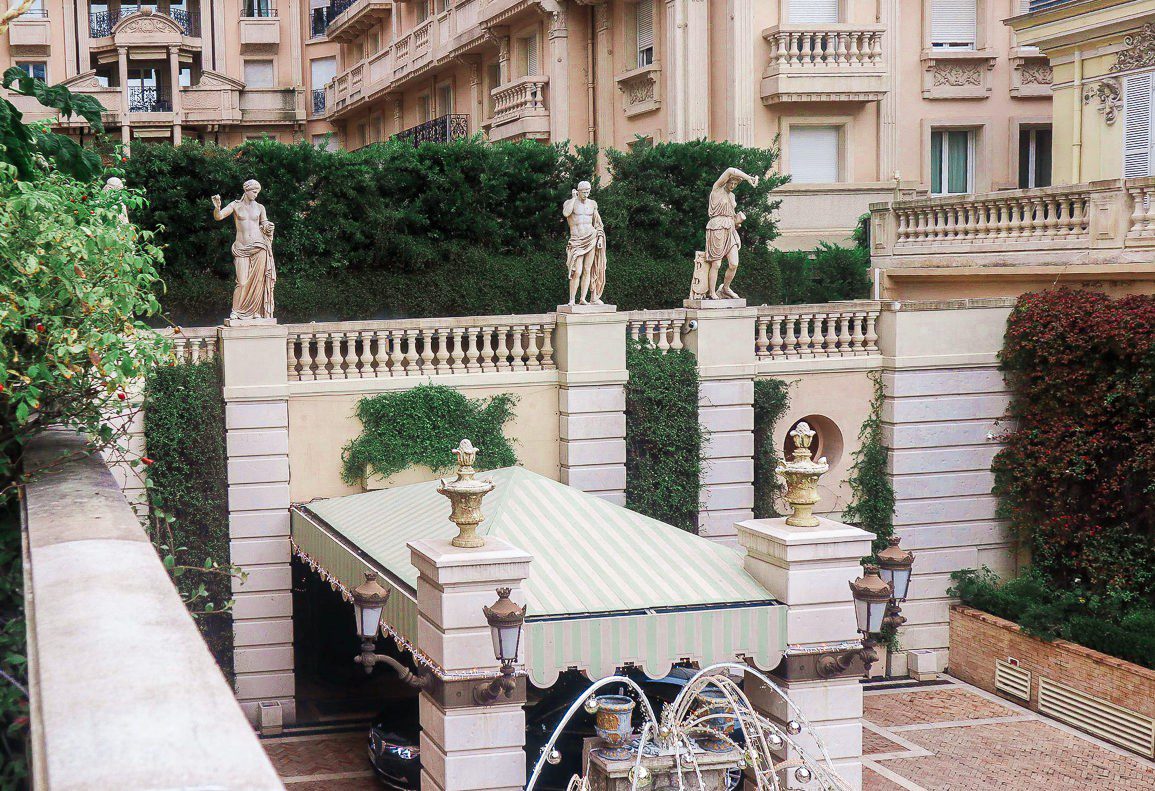 Glamour of the never fainting Belle-Époque and clear lines of modern time are all combined in there – I’m was glad to be invited to experience it myself. 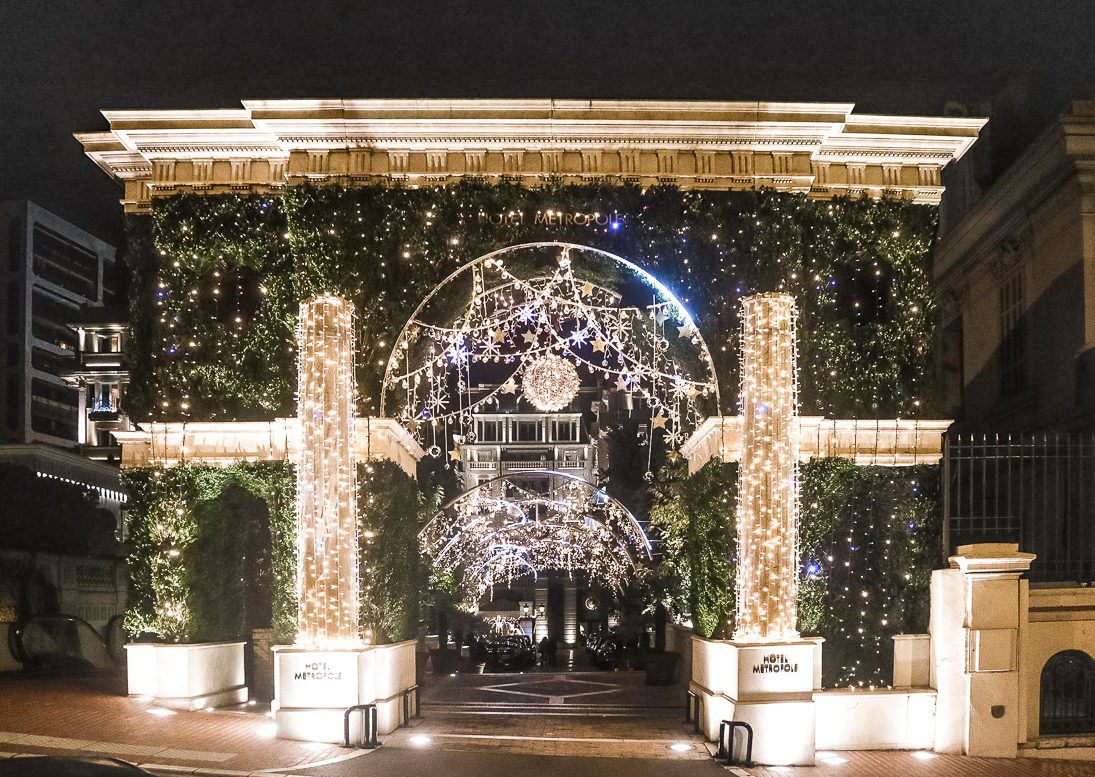 It feels like a nanostate inside the microstate of principality because it has several Michelin star restaurants, a spa and a pool. Shopping centre is also adjacent to Metropole hotel – and actually I was impressed the most not by the variety of shops (which is btw impressive) but by their decorations and nice cafes! 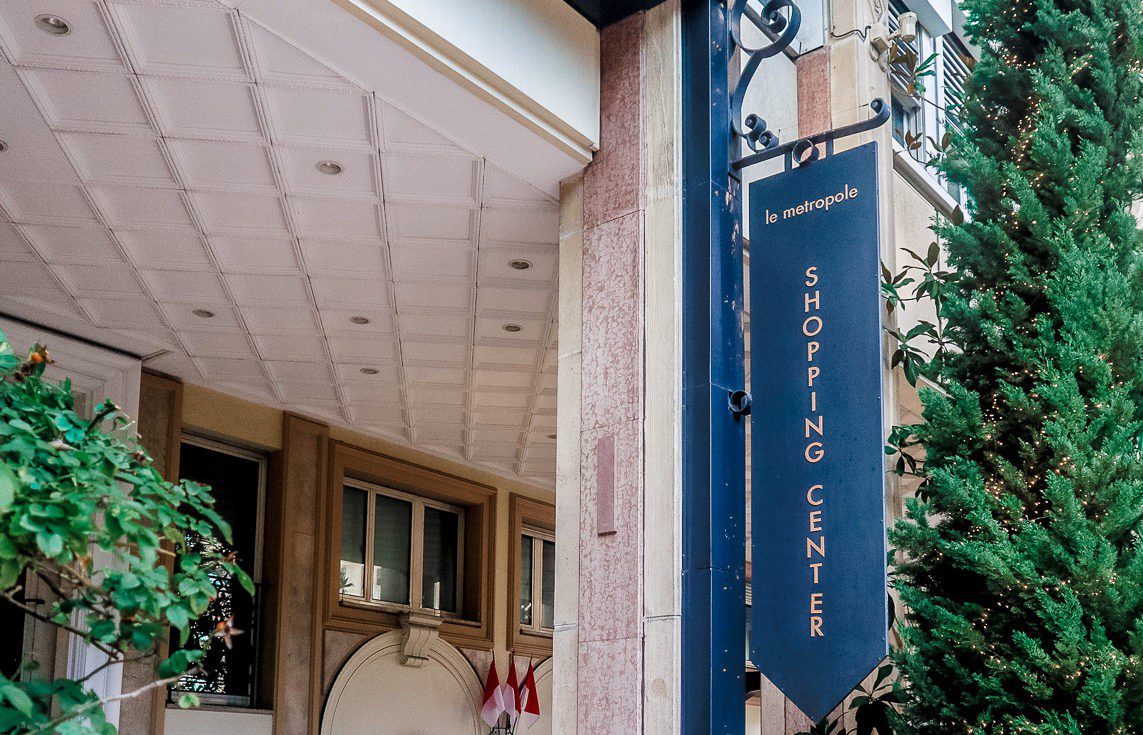 Luckily, we were in Monaco in the early December, so all the decorations were up! I cannot choose what I like the most: the tree made out of the gift boxes or a Nutcracker-ish corner – all children were thrilled by it while completing their own check-in!). What about you? 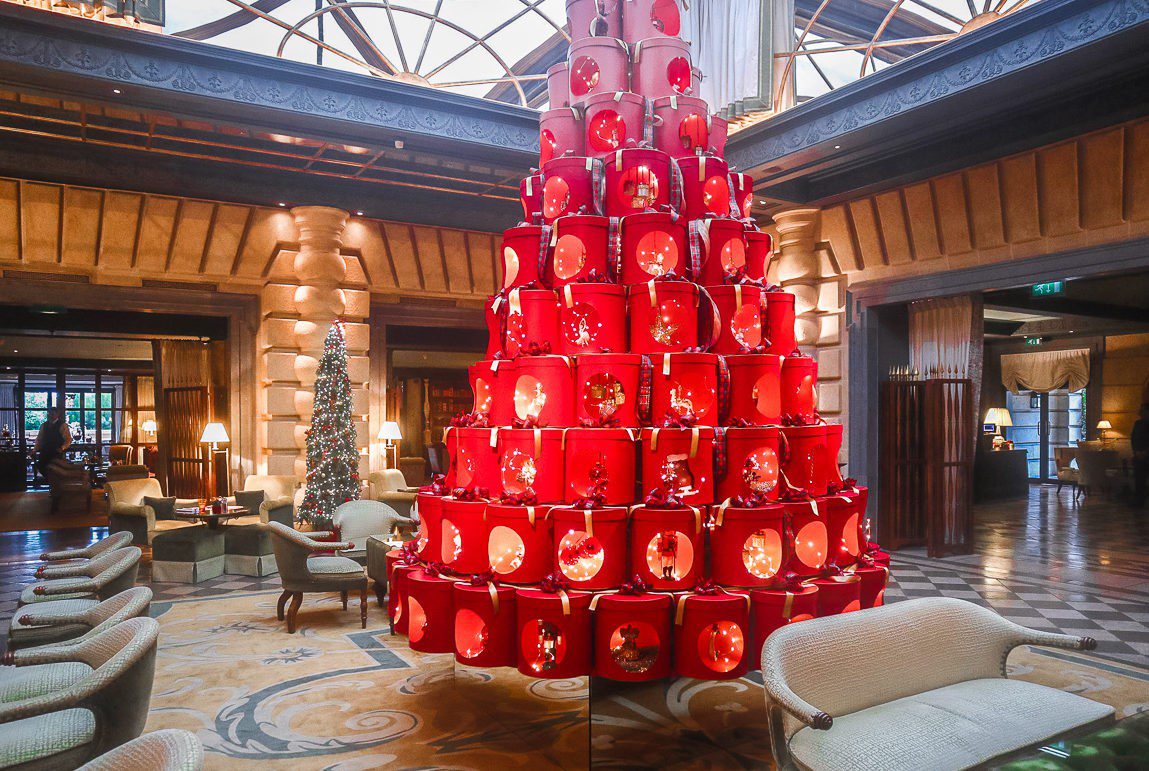 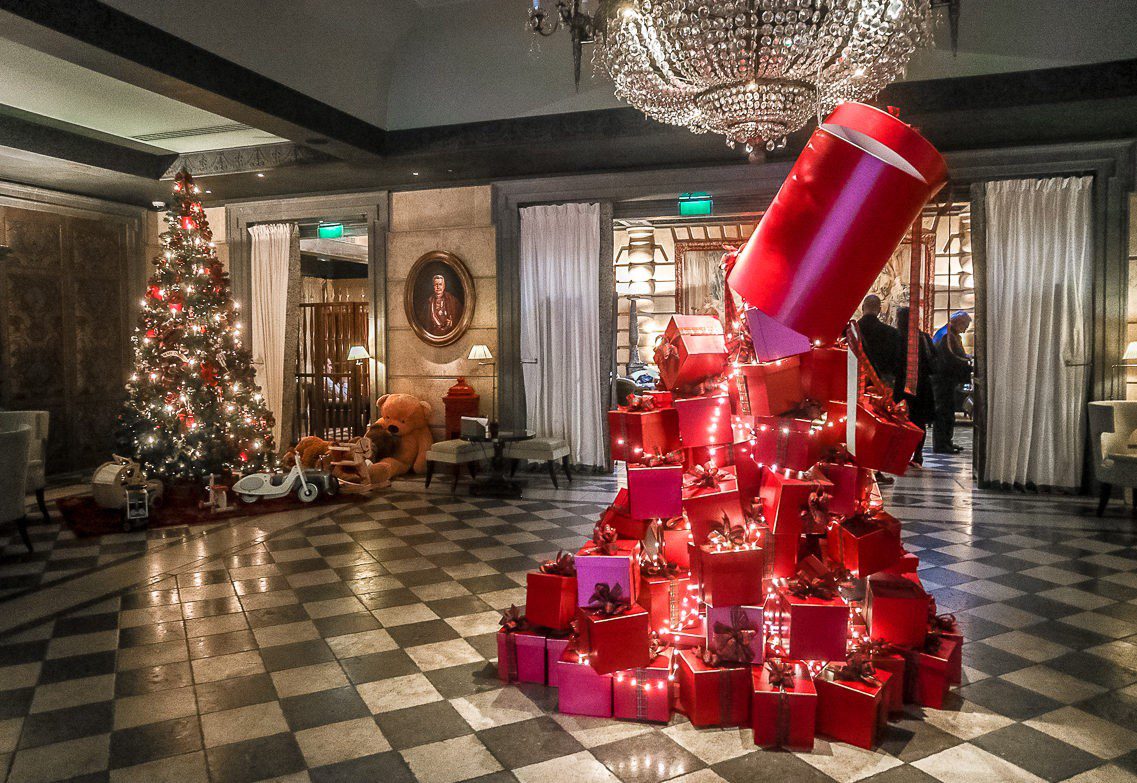 Our room was a pure timeless chic – just look at these interiors! And I simply fell in love with our marble bathroom equipped with some quality Hermès products. 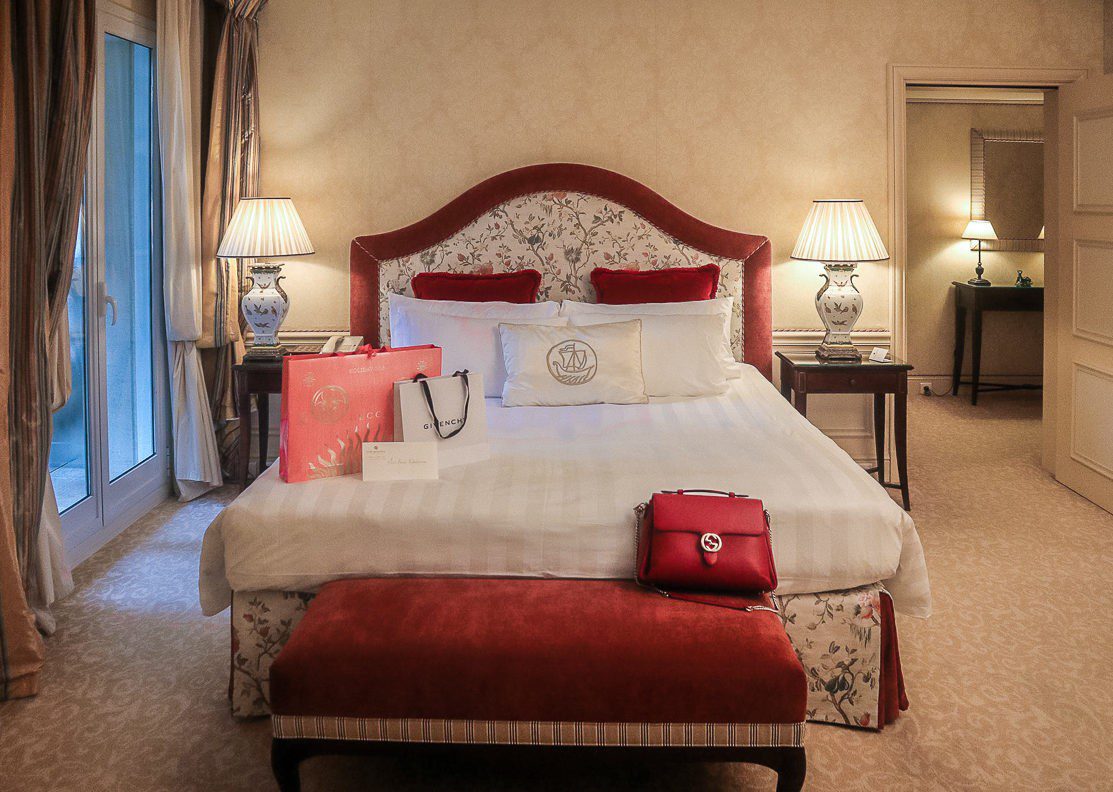 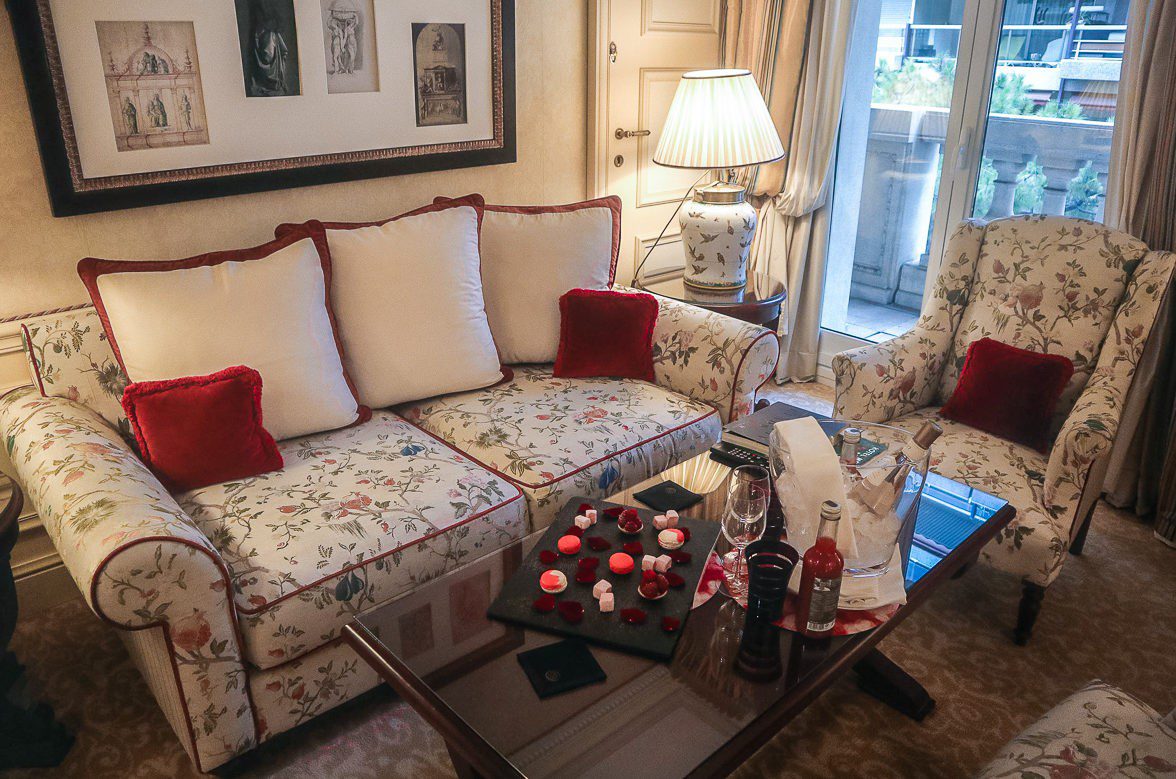 Luckily for us, the Hotel Metropole has two Michelin-starred restaurants (not many hotels are like this are they?) by Joël Robuchon.  The team is led by chef Christophe Cussac. We were invited to have a dinner in one and a lunch in the other.

The French styled dinner by was a feast for all senses. The visual part of our experience was no less important than the tasting. 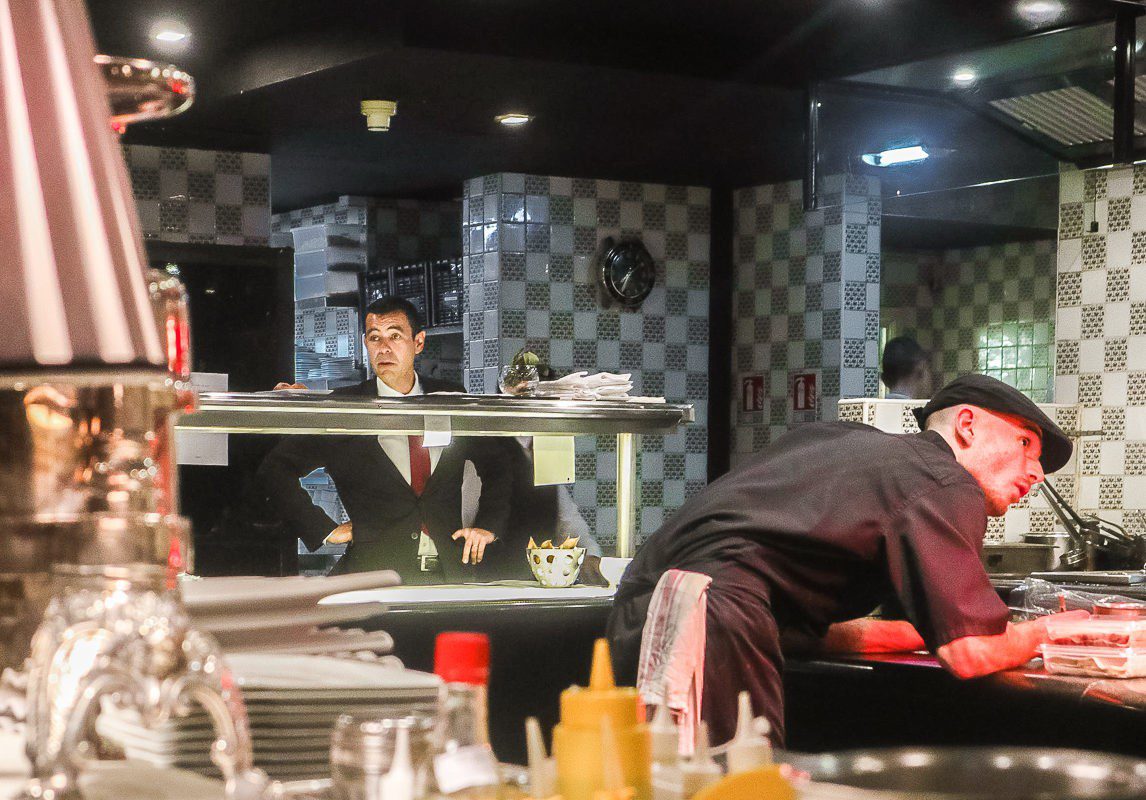 Breakfast is served in the same restaurant as well. 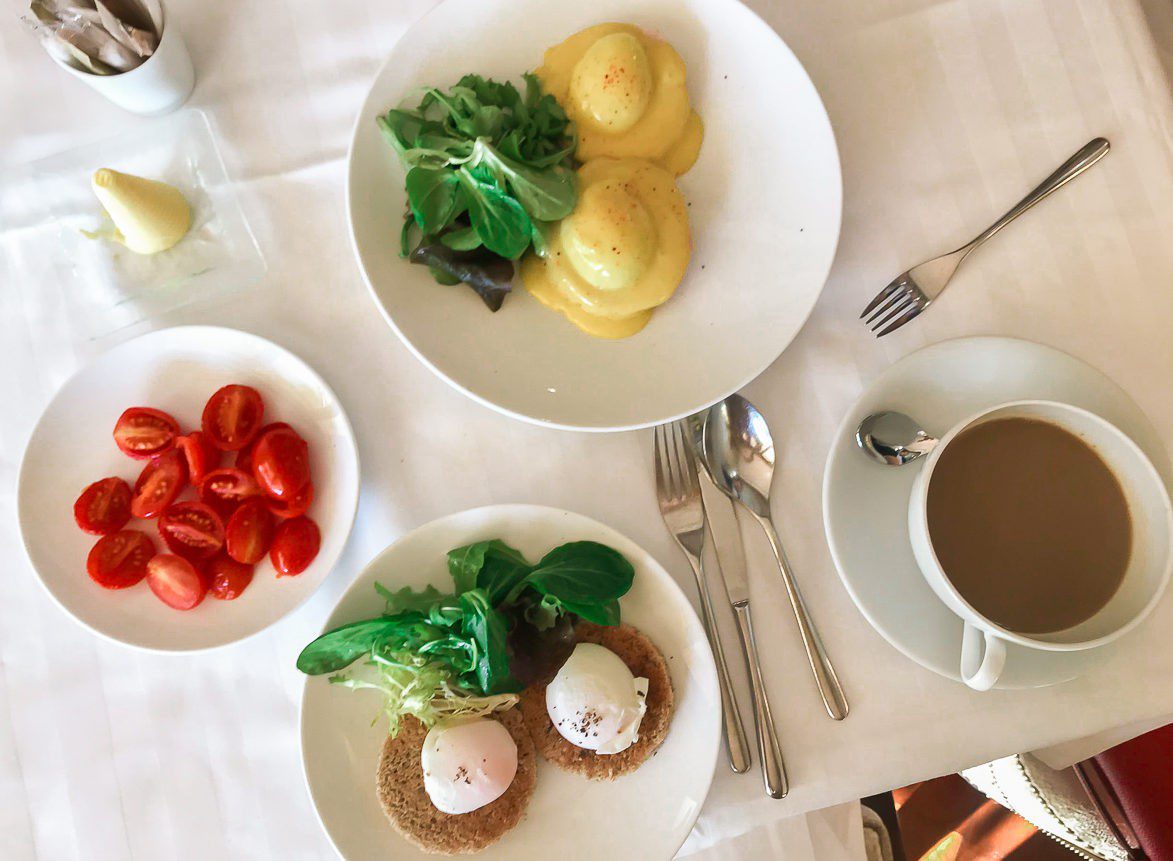 No doubt you know my love for Japan – and of course I was very glad to have a lunch at Yoshi. In Japanese this word means ‘Goodness’. It’s the first Japanese restaurant by Joël Robuchon which was awarded a Michelin-star.

Vibrant color scheme by Didier Gomez, and a nice Zen-ish garden by Jacques Messin both compliment the dish selection influenced by French and Japanese cuisines. 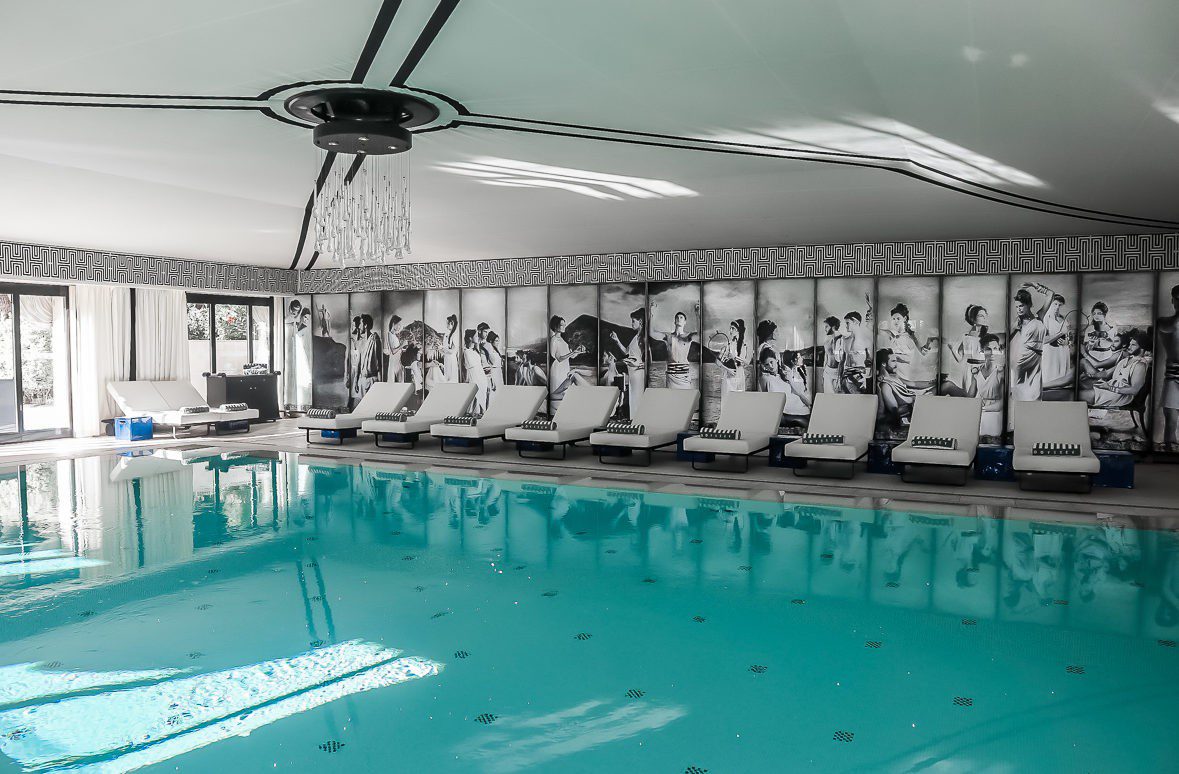 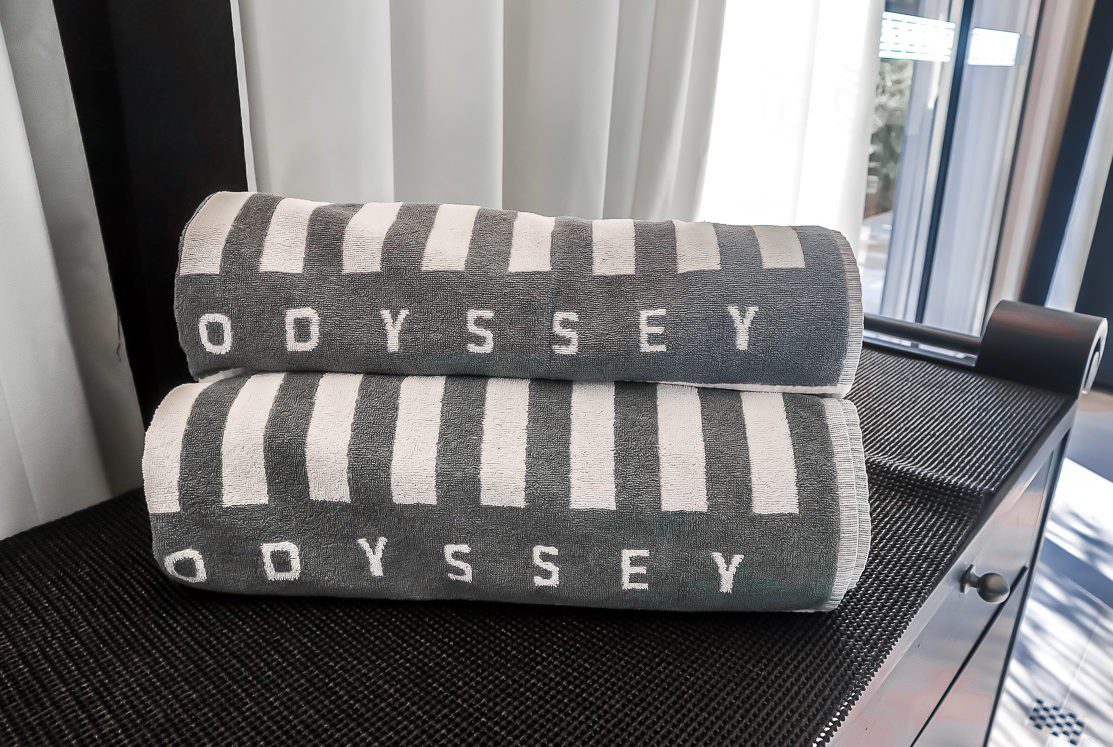 Just look how relaxing and chic this Ancient-Greek related interior is! No greedy and envious gods or sea monsters from Homer’s masterpieces are expected, only the nicest staff and blur warm waters 🙂

Beside that, I really loved he terrace overlooking the Hotel Metropole Entrance – nothing can beat for me the classic combination of white and plant green. 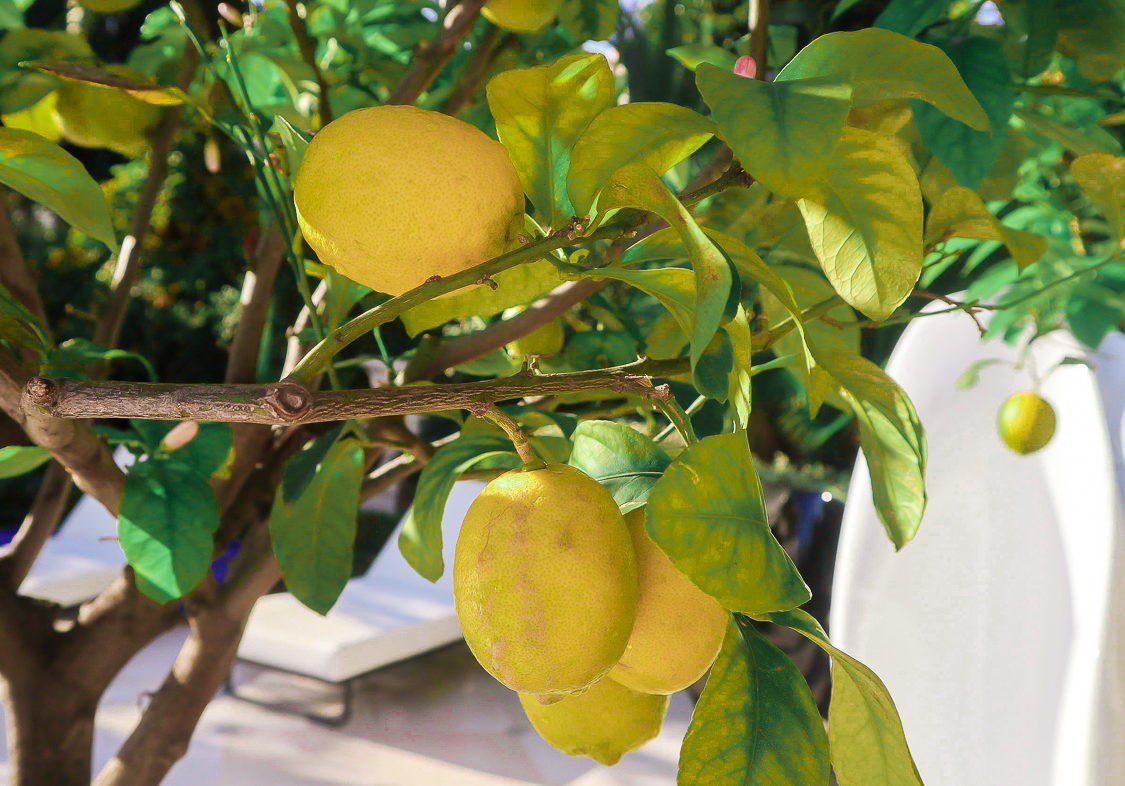 Spa Metropole is all about reflecting the style of Hubert de Givenchy who passed away this year aged 91. His famous House exists since 1952 and is one of my favourite big French brands. 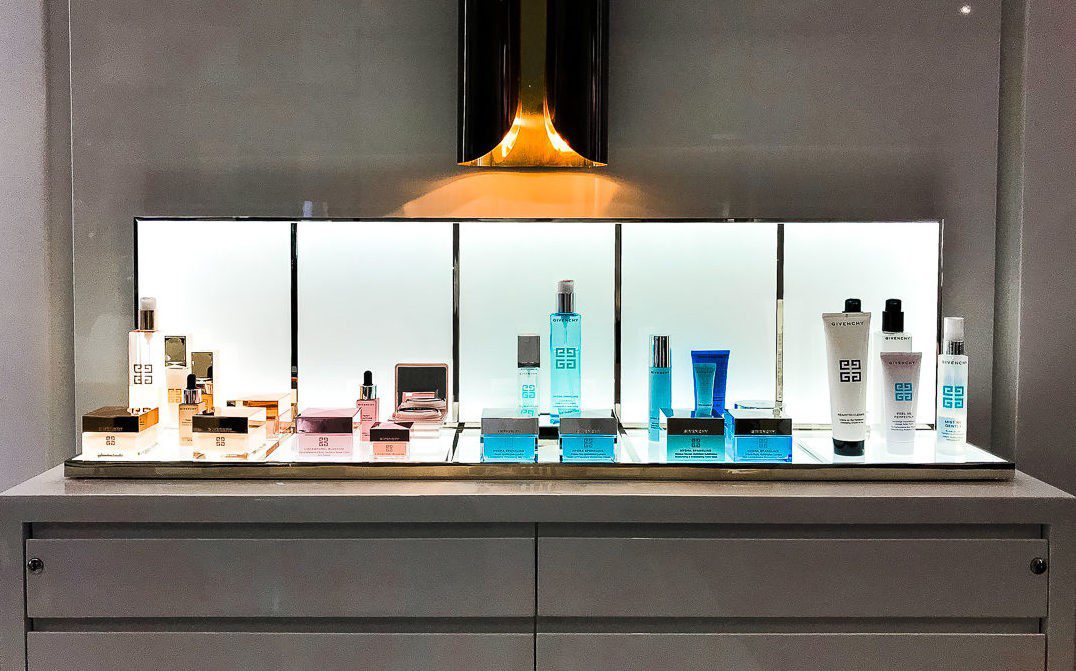 Famous architect Didier Gomez put the Givenchy’s iconic dresses into the interior of a pure glam. Just look how these white, black and gold (not cheap yellow, but deeply aged) colours almost effortlessly blend together and create a perfectly relaxing atmosphere! 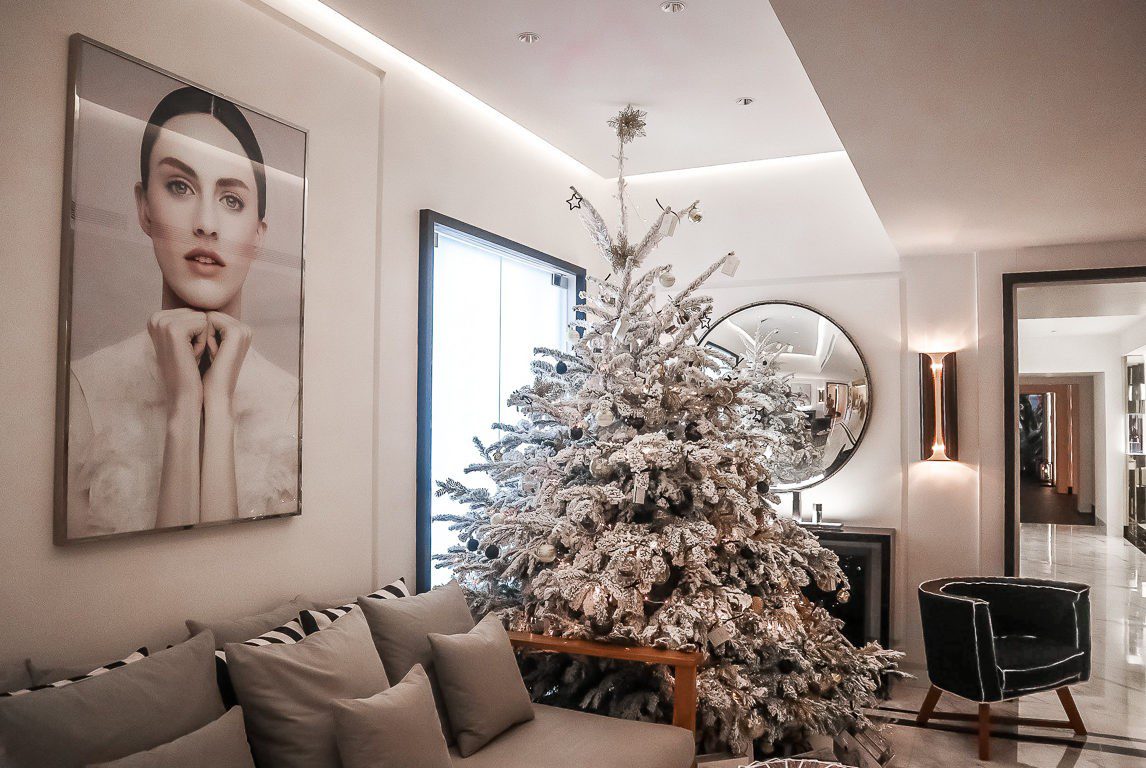 Christmas decorations were sublime and setting the overall style as well.

Then a pice of cloth with the fragrance of my choice from L’Atelier de Givenchy Collection was put into my upper pocket and left for the entire duration of the treatment. Then my therapist came and accompanied my to the treatment room. 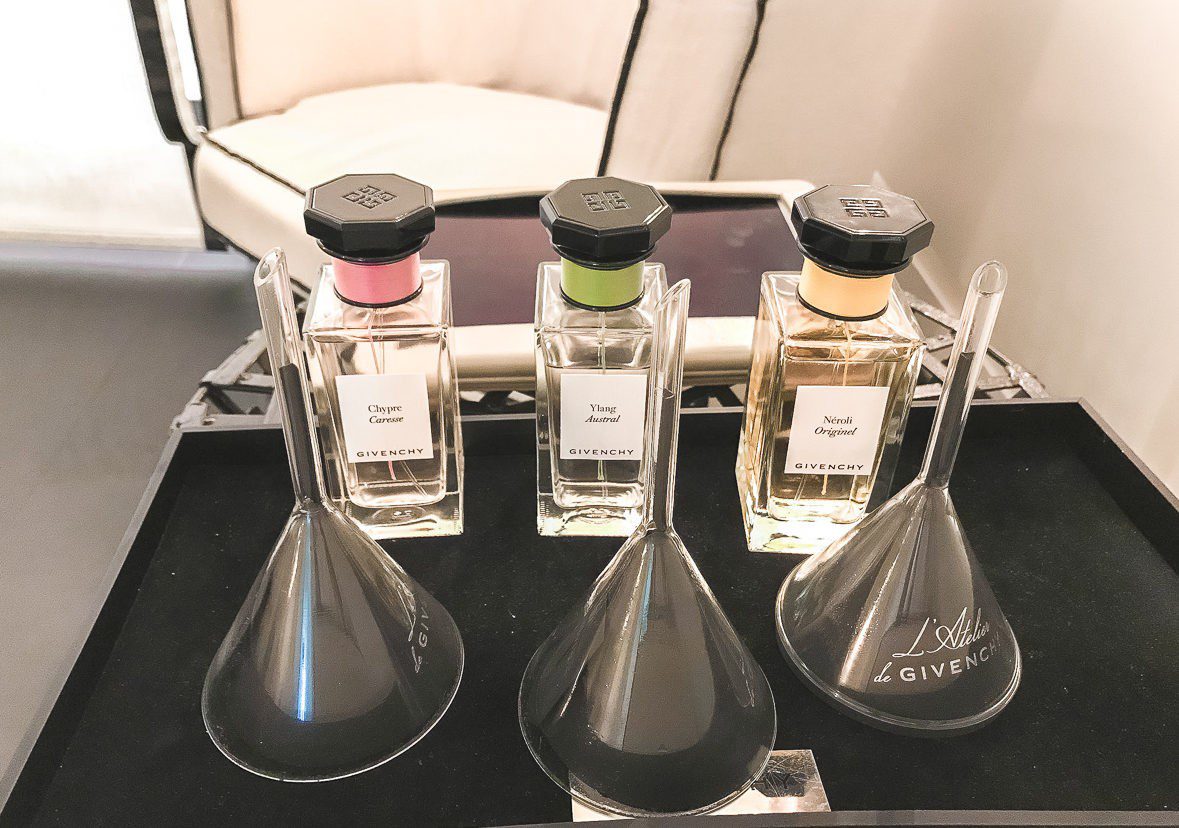 After having discussed my skin concerns again, the Lift and Glow began. Cleanse, moisture, cryotherapy, massage, mask – a lot of various products and techniques were coming one after another. In 45 minutes my skin was deeply moisturised and radiantly refreshed from my recent flight. Just a little more time spent in the relaxation area – and I was all ready to go! 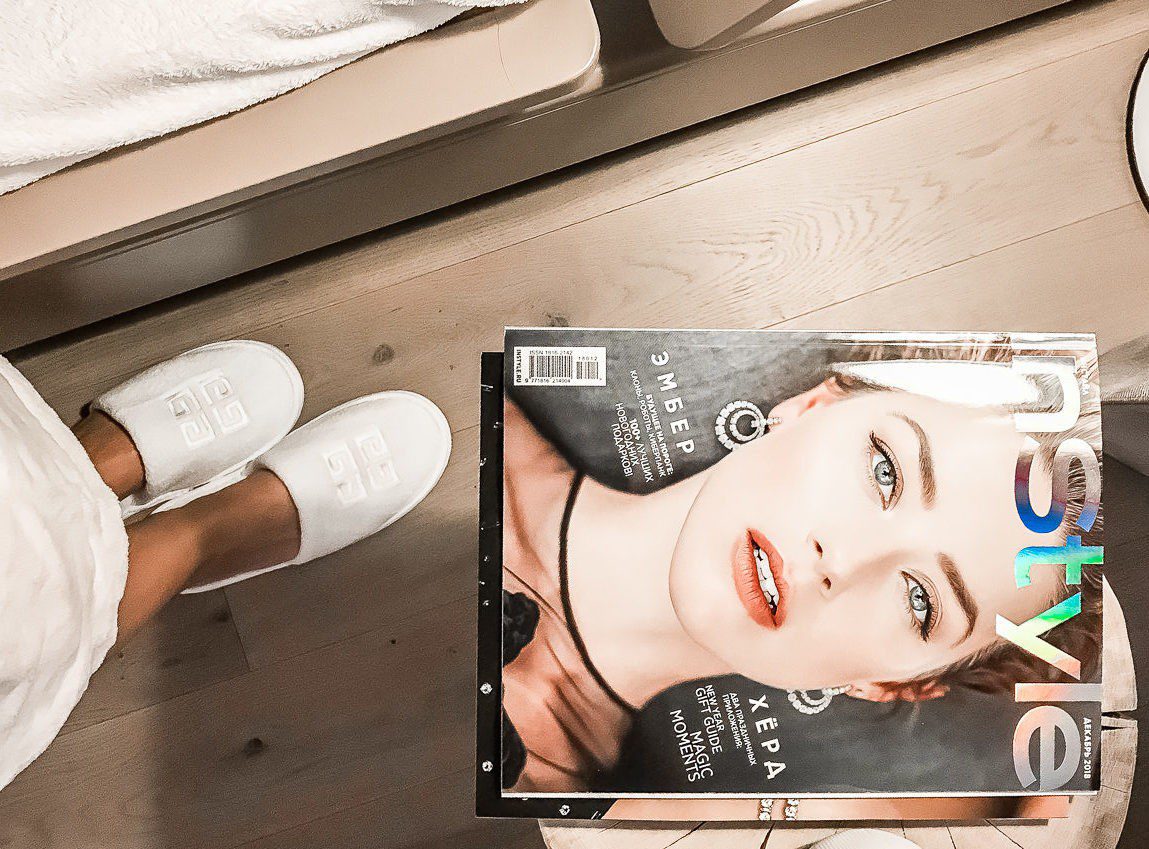 There are so many amazing things to see in Monaco: Palace, Jardin Exotique, Oceanographic museum, tomb of Grace Kelly, Casino Monte Carlo… Subscribe to my blog and stay tuned for the future posts! 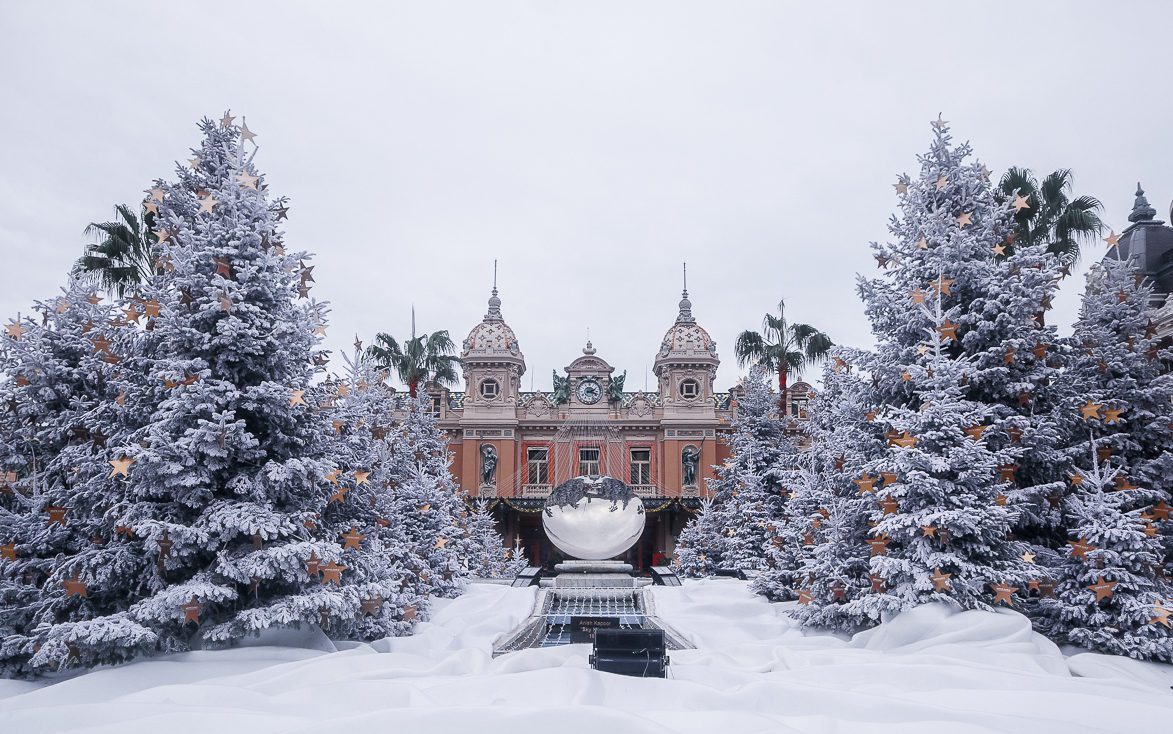 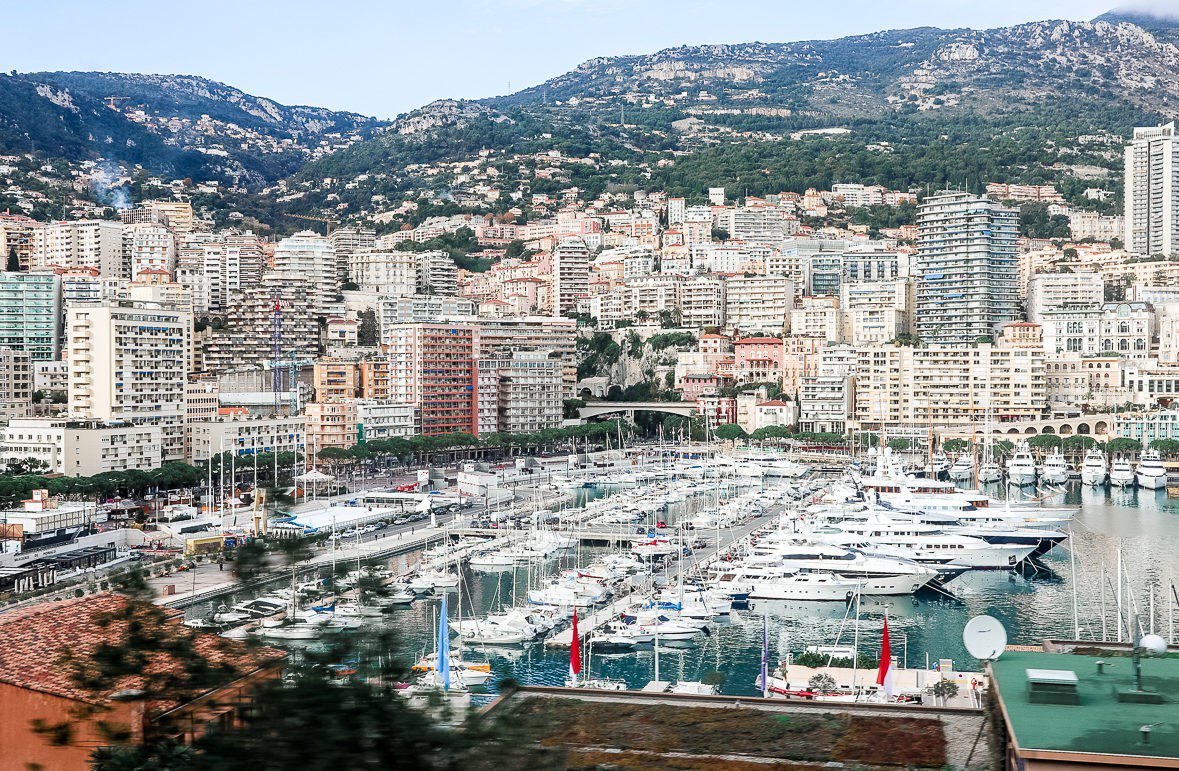 […] Finally, of course, you can travel around Côte d’Azur – maybe Cannes or Monaco? […]

See it in a day: Monaco

[…] Art Nouveau Café de Paris and the late 19th century Opera de Monte Carlo, or Salle Garnier, both impress with splendour and architectural details. We were kindly hosted by Hotel de Monte Carlo just a few steps from the Casino Square – you can read about it in this blog. […]