Practice Momijigari when visiting the Japanese trail at Kew Gardens!

Royal Botanical Gardens, Kew is one of the most amazing places in London. It is famous not only for its lavish botanical collection and fantastic greenhouses but also for its seasonal events such as flower exhibitions, modern installations and festive celebrations. This October they ran a Japanese trail that allowed the general public to practice momijigari, the red maple leaves hunt, and enjoy the bits of Japanese culture staying in the UK whilst Japan is still closed for the tourist visits.

Check my article about momiji on my website to see the autumn in Japan too!

The majority of Kew’s trail principal parts were the locations that you have probably already seen at Kew but now you have a chance to revisit them within a special itinerary. The natural sights are the ones you anticipate to see the most at a botanical garden. The Bamboo garden is one of may favourites: it contains over 130 of bamboo and is one of the delights of Kew in any season. Another natural gem was the cherry walk which is all pink in spring and still had green leaves starting turning red during our visit. And of course, there are the gems of the trail, the momiji – which stayed mostly green too unfortunately.

Gingko Grove featuring as you’ve probably guessed Ginkgo biloba that symbolises the longevity in Japan and often planted near the temples unfortunately still was vivid green in the mid-October although I’d expect it to turn bright yellow by that time.  Azalea garden, a pink blossoming Kurume azaleas garden, was the best place to see the momiji, Japanese maples (Acer palmatum) leaves.

But the Momijigari trail is not limited to the natural sights. Bamboo forest is home to the Minka House that once belonged to the Yonezu family. The houses like this were typical for Japanese until the mid-20th century, and this one was donated to Kew 20 years ago.

Another outdoor highlight is Chokushi-Mon, or Gateway of the Imperial Messenger, made out of Hinoki wood. It represents the typical late 16th century garden and is surrounded by three different zones: Garden of Activity, the Garden of Harmony, and the Garden of Peace. The central piece of it is the replica of the gate of Kyoto’s Nishi Hongan-ji Temple. This area was created at Kew in 1995-1996.

There were a few roofed attractions too. The first one was the Marianne North Gallery containing paintings from all over the world including Japan (photography was not encouraged there).
Finally, the Temperate House housed the One Thousand Springs, a large installation by Chiharu Shiota, a Japanese artist who was born in Osaka and now lives in Berlin. Red threads hanging from the roof of the glasshouse you see in the photo have 5000 haikus, a traditional short form of Japanese poesy dedicated to the eternal themes of death, life and relationships.

Apart from this, you can enjoy the Chalk Garden and chrysanthemum festival, or kiku matsuri, – one of the main flowers of Japan symbolising the imperial family  – display. Changes, the special musical piece composed by Yosi Horikawa, was played inside the Temperate house during our visit too.

Other performances took place too such as live shodō – calligraphy. The only downside of this was the queue: although the tickets should be booked for the timed general entrance to the gardens, there is no timed entrance to the Temperate House, and we had to queue for about an hour to enter the glasshouse.

Don’t miss the souks in Dubai, the authentic Arabic markets!

Learn about the best dishes of Portuguese cuisine!

The Grove: history and modern times

Head to The Grove hotel for the best relaxed stay near London!

Read about an opening of Mariage Frères’ French tea club in the UK!

Ahoy! Have you ever been on a cruise? 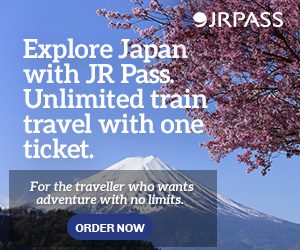