In love with the Wimpole Hall

Last year we’ve spent a wonderful day at the Wimpole Hall, the biggest Estate of Cambridgeshire, England. Mansion, garden, farm, castle – and a pretty big piece of story all make it worth visiting indeed! 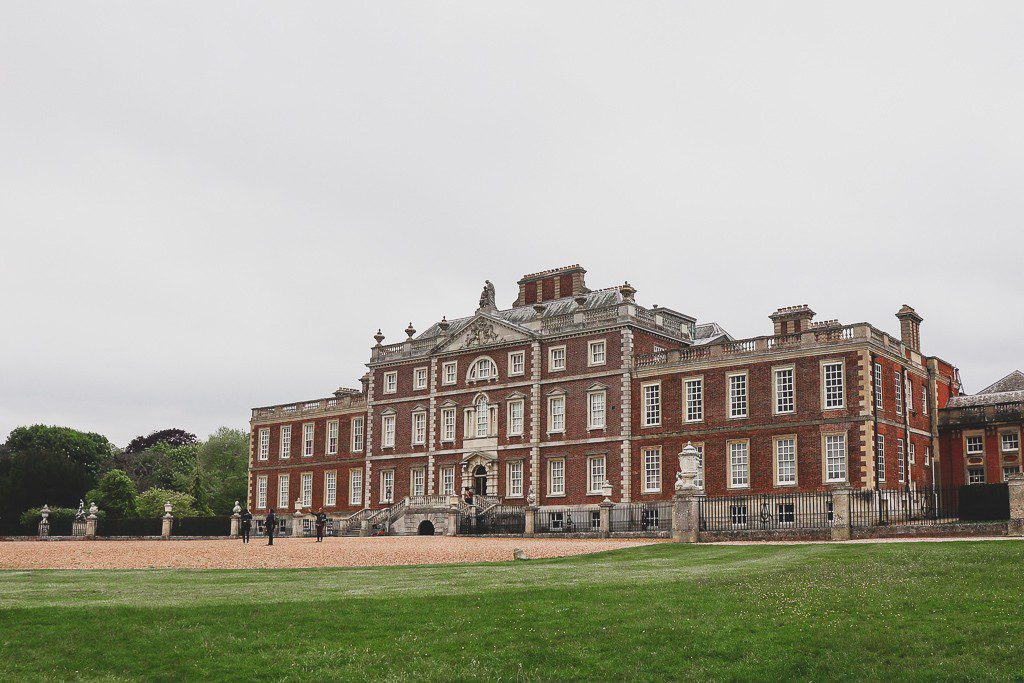 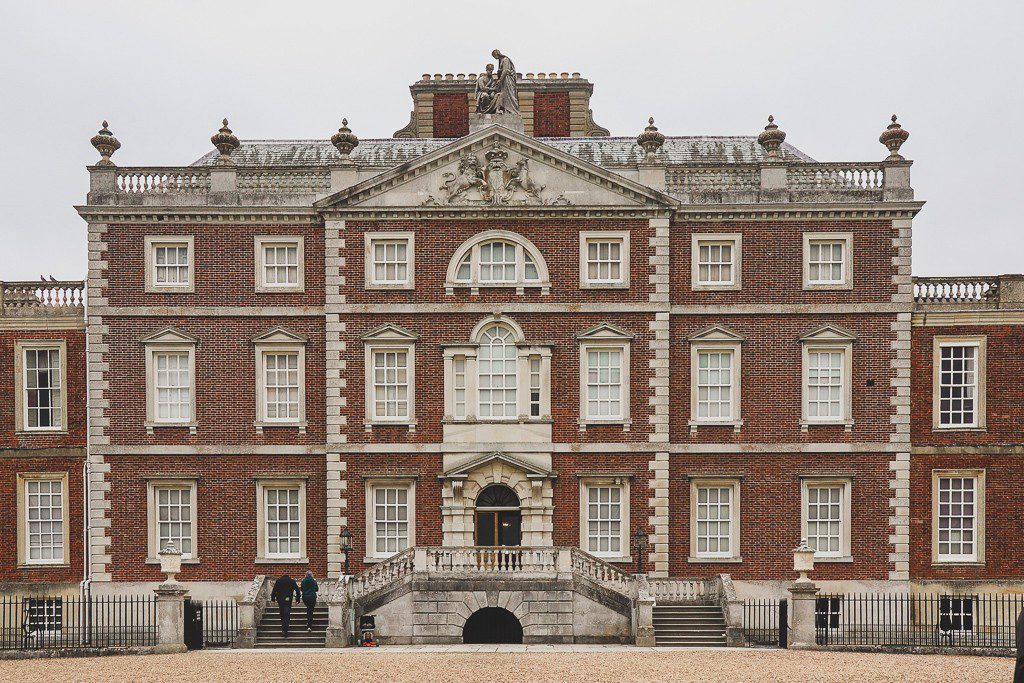 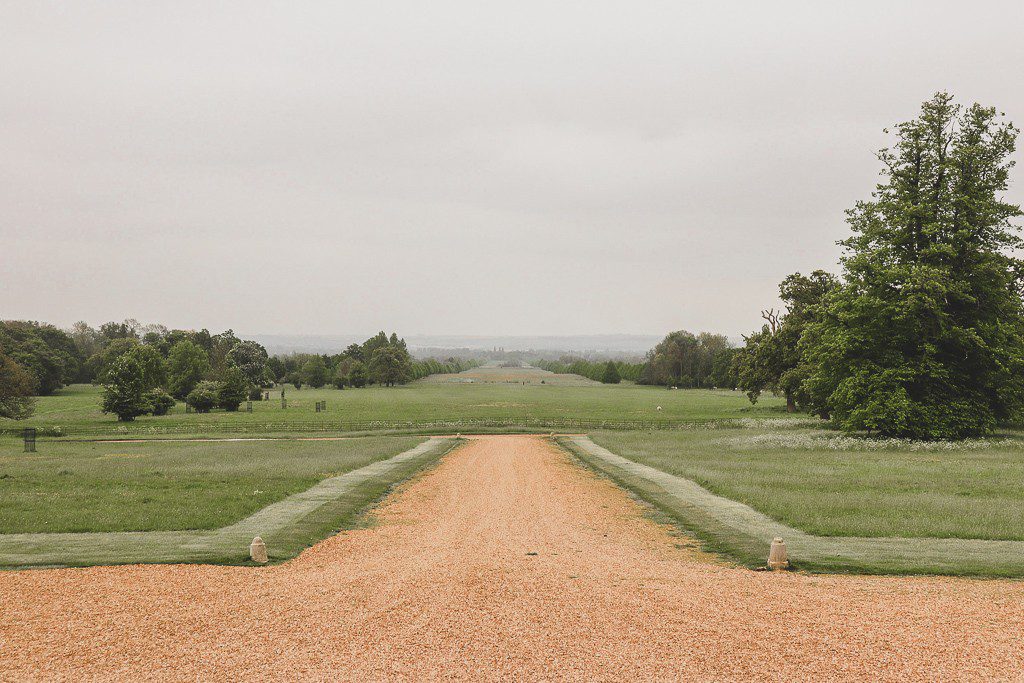 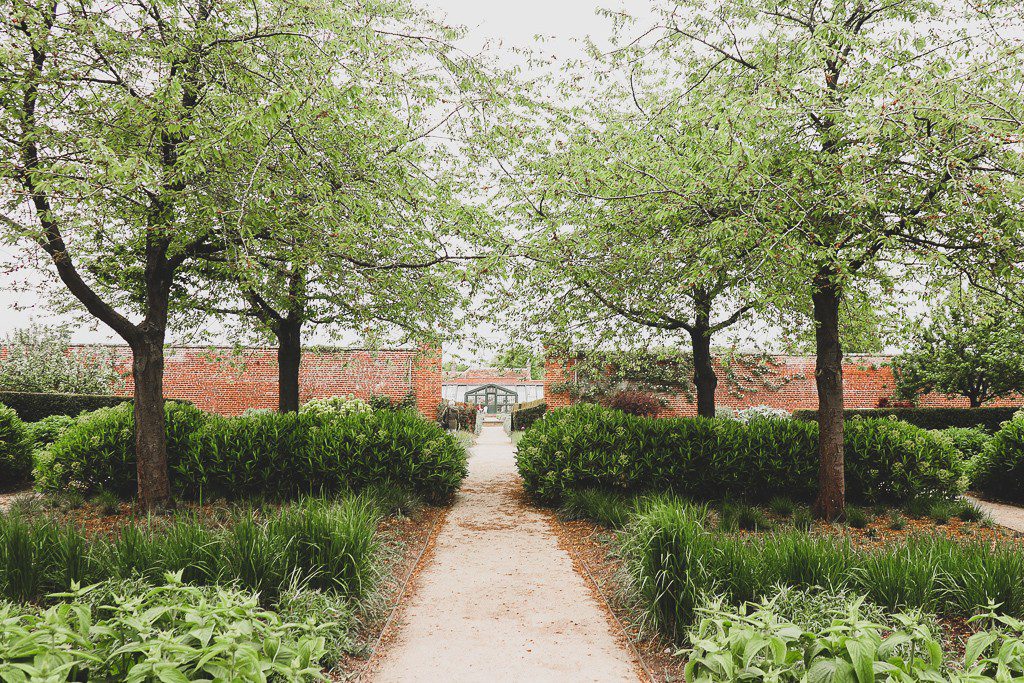 The History of Wimpole Estate

The house welcomes you with a huge introduction into Wimpole Hall’s history. In the 11th century ‘Wimpole’ was listed in the Domesday Book but there is evidence that the Romans lived in this area too. Many families have lived there later on: The Checheleys who lived in Wimpole (actually this family owned Wimpole since 1420s, and the mansion itself was built in 1640 under their direction), The Cutlers, The Holles, Earls of Hardwicke, Agar-Robartes…

Now it is a part of the National Trust which was gifted to it by Elsie Bambridge, a daughter of Rudyard Kipling, and her husband George. They were the people who maintained, partly rebuilt and refurbished the house after the previous owners had left it almost empty. 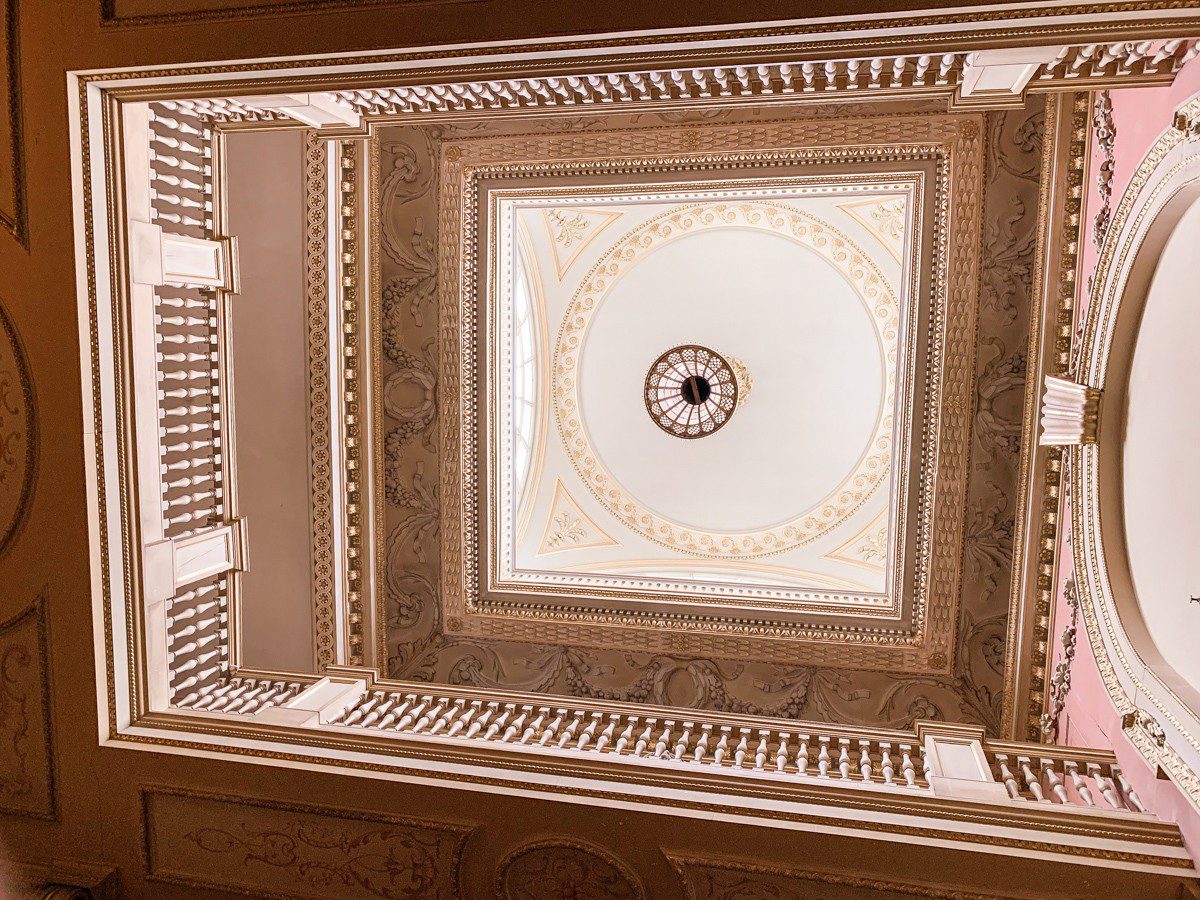 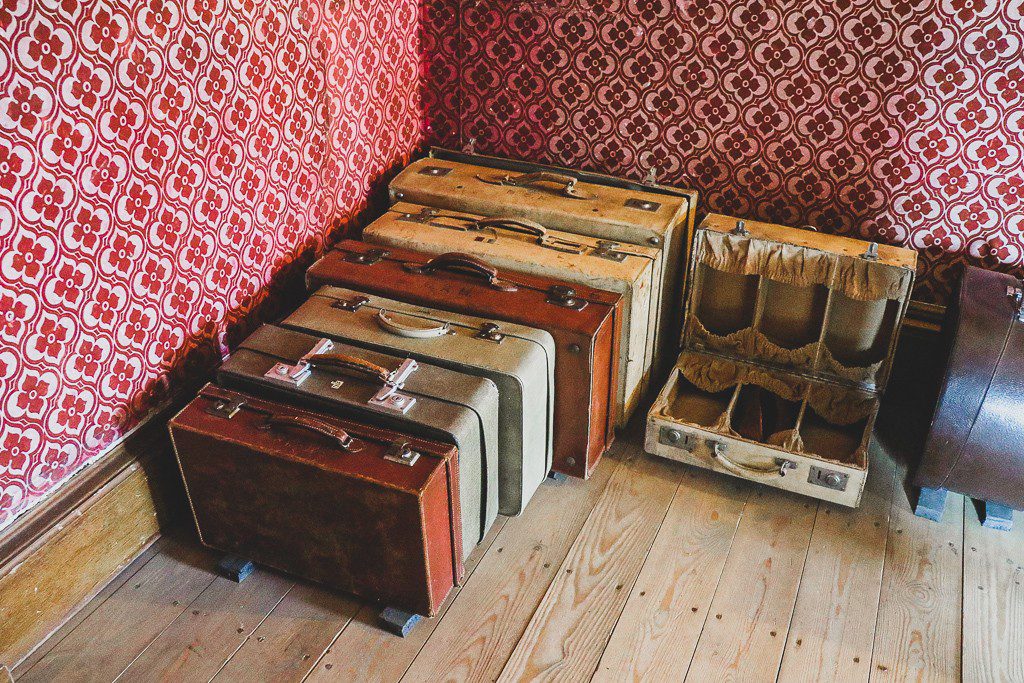 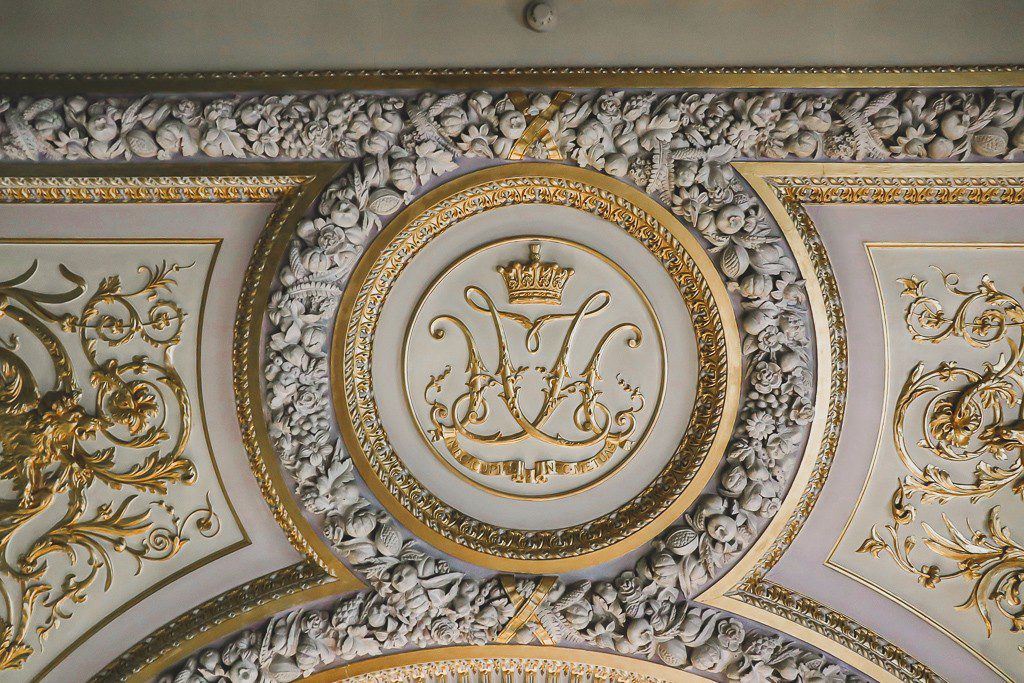 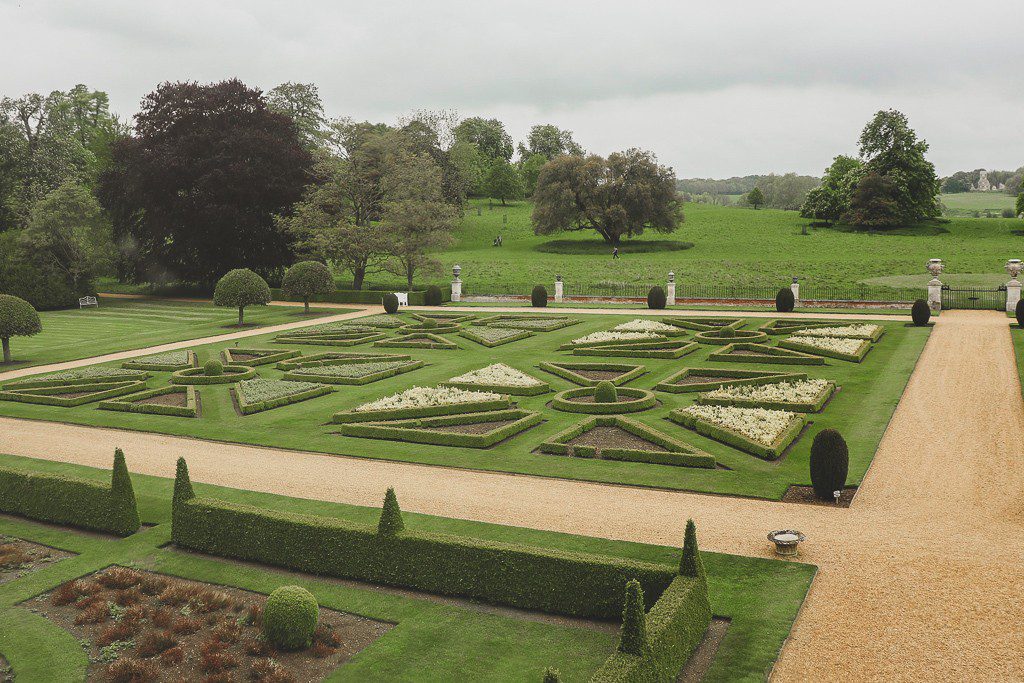 Interesting: Even Queen Victoria and Prince Albert visited the Estate in 1843.

What to see in the Wimpole Estate?

First, we started with the mansion itself. You can spend hours exploring the history of each object and each room and the real people who stand behind them. 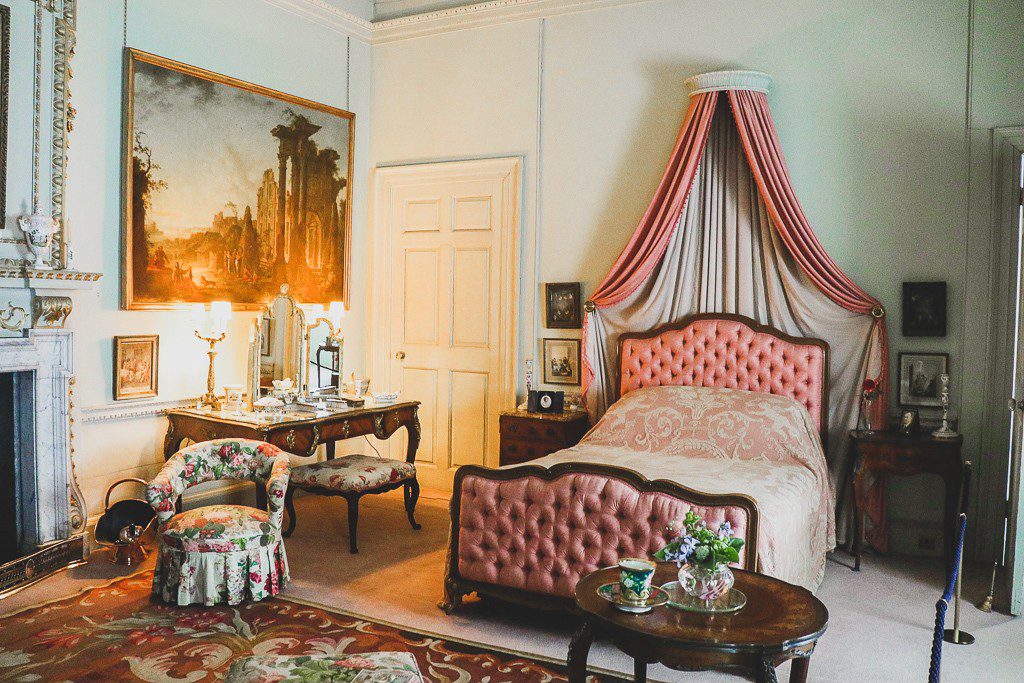 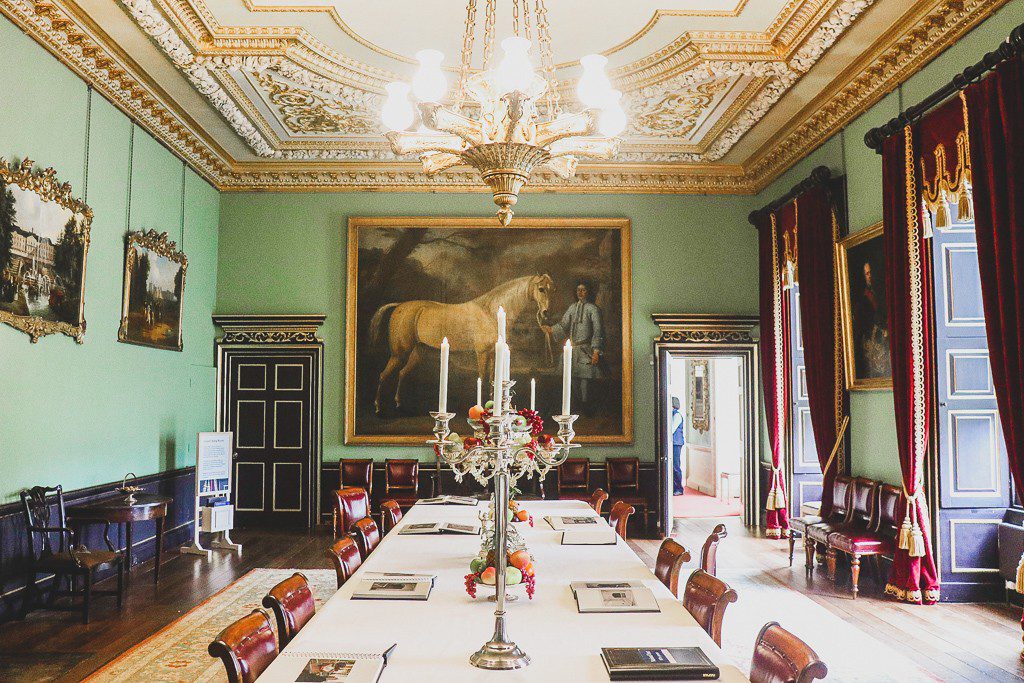 The Yellow Drawing dating back to 1793 room is the most well known space of the mansion. The Dining room was turned into the kitchen by the Estate’s last owners. The Ante-room has a large collection of ceramics, the South Drawing Room is touched with a feminine fashion of the era, the Long Gallery… My favorite was the Red drawing room with a library.  It contains the most stunning collections of printed books – and the books were collected by different families owning the house since the 1700s. 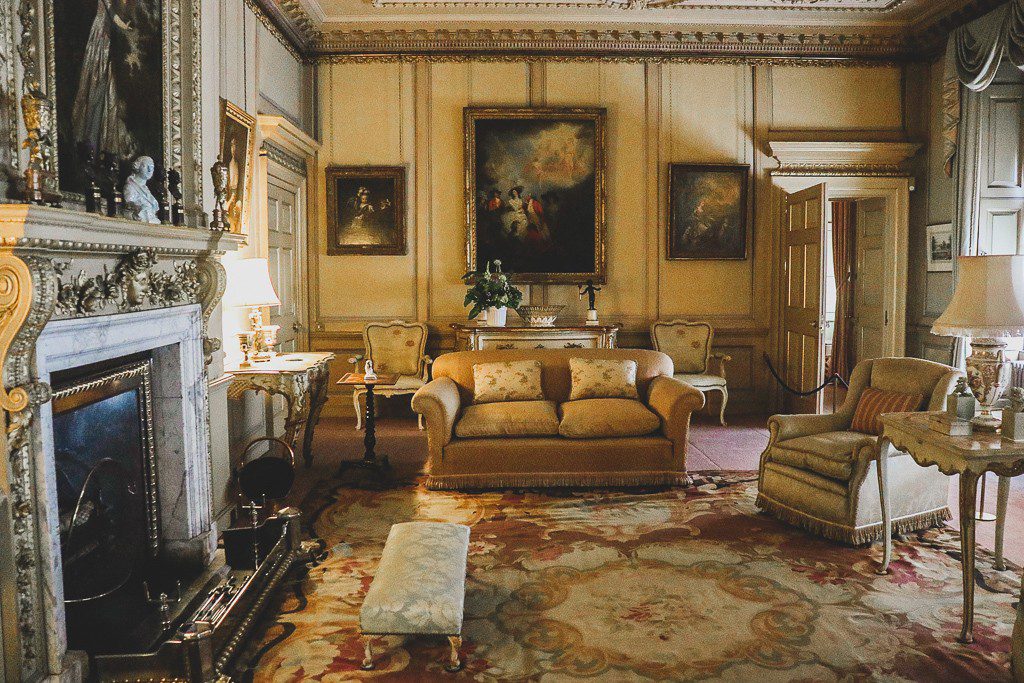 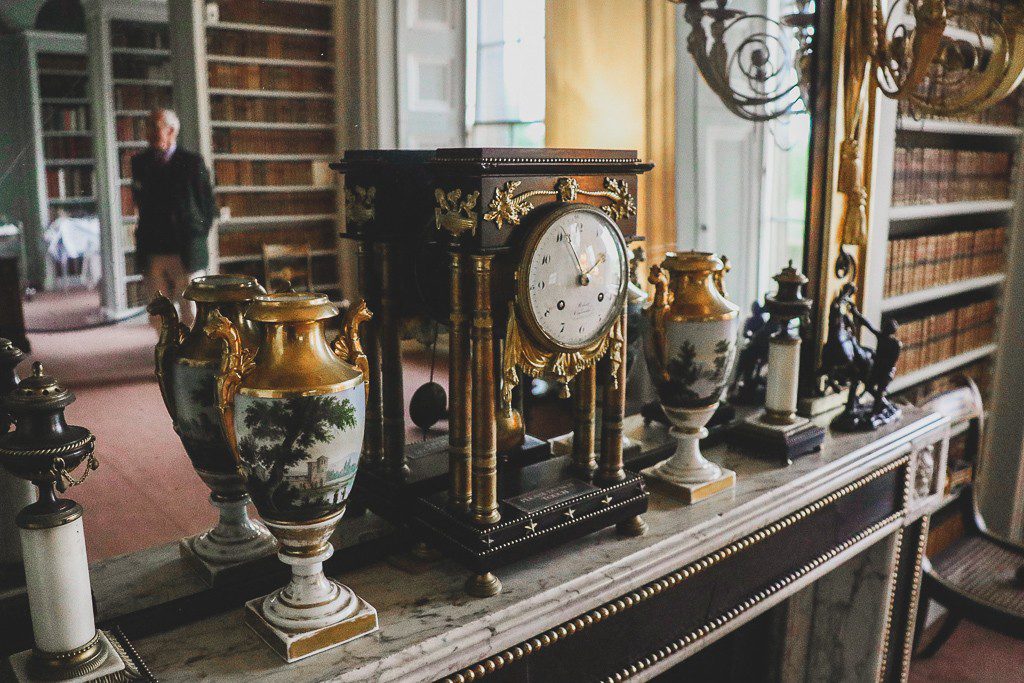 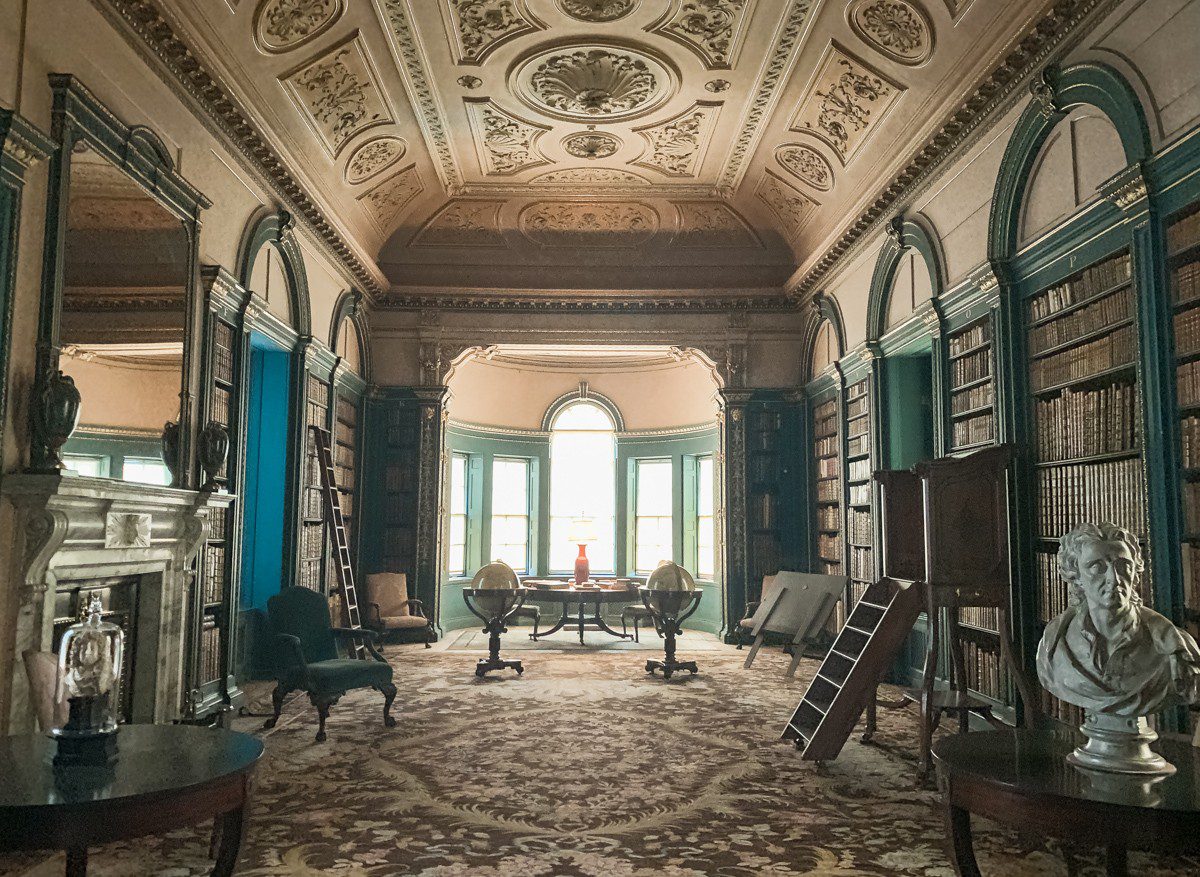 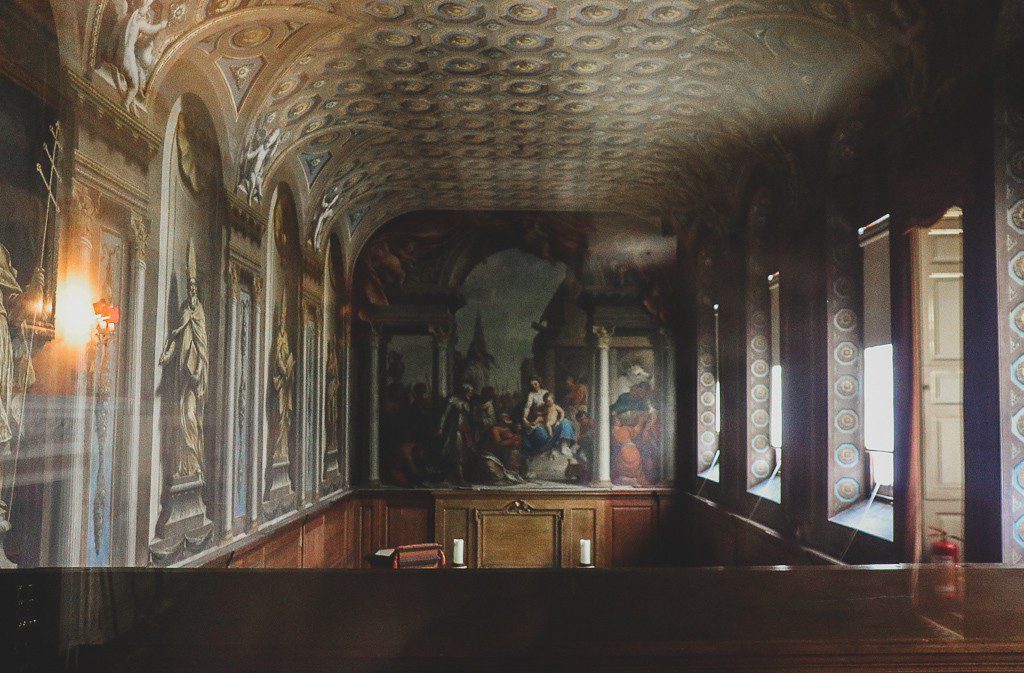 Apart from the halls and rooms of different purposes, it also has a chapel, and a bath house inspired by Roman bath houses. Visiting the part of the mansion where the servants lived felt like attending the Downton Abbey  film set!

Although the weather wasn’t at its best (well, typically British weather), we enjoyed the scenery (and the silhouette of the Wimpole’s Folly tower looking like a medieval ruin and then proceeded to the Pleasure Grounds and the Walled Garden. 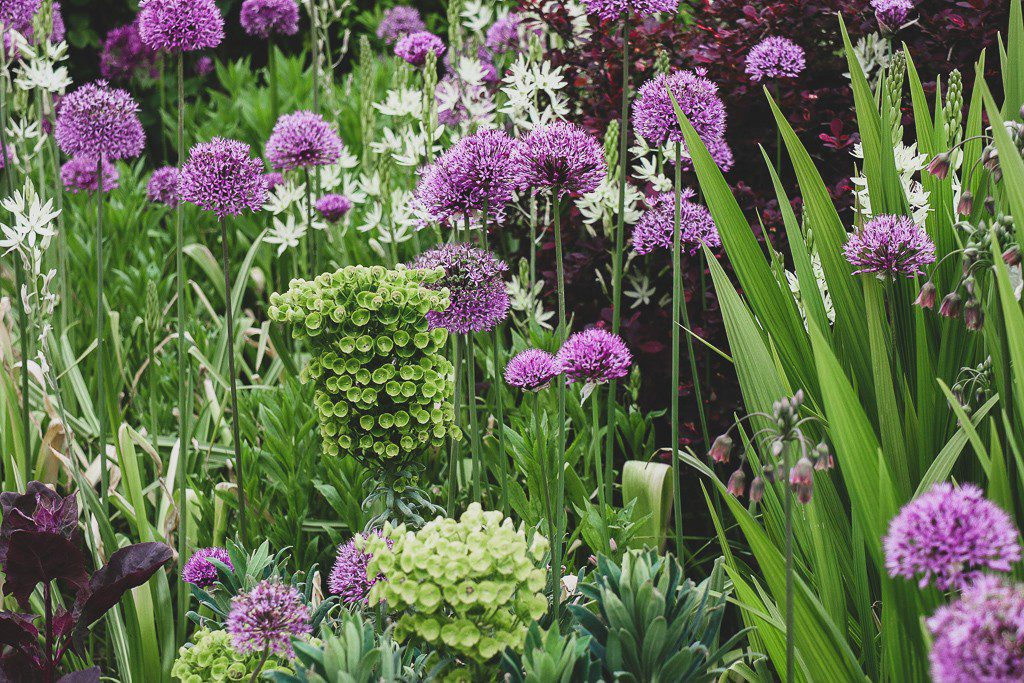 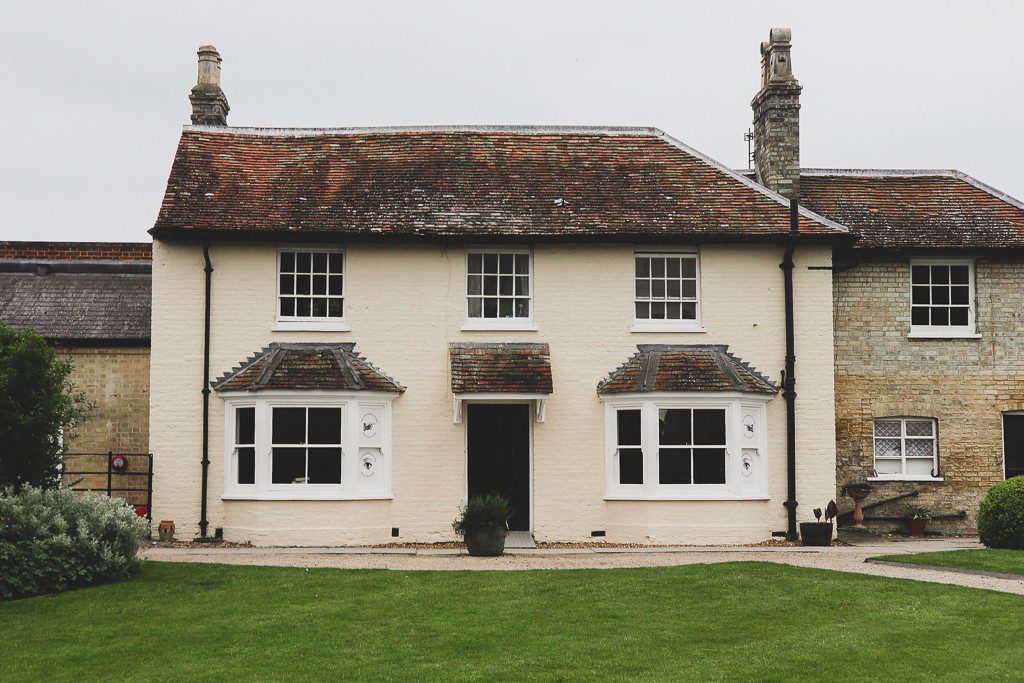 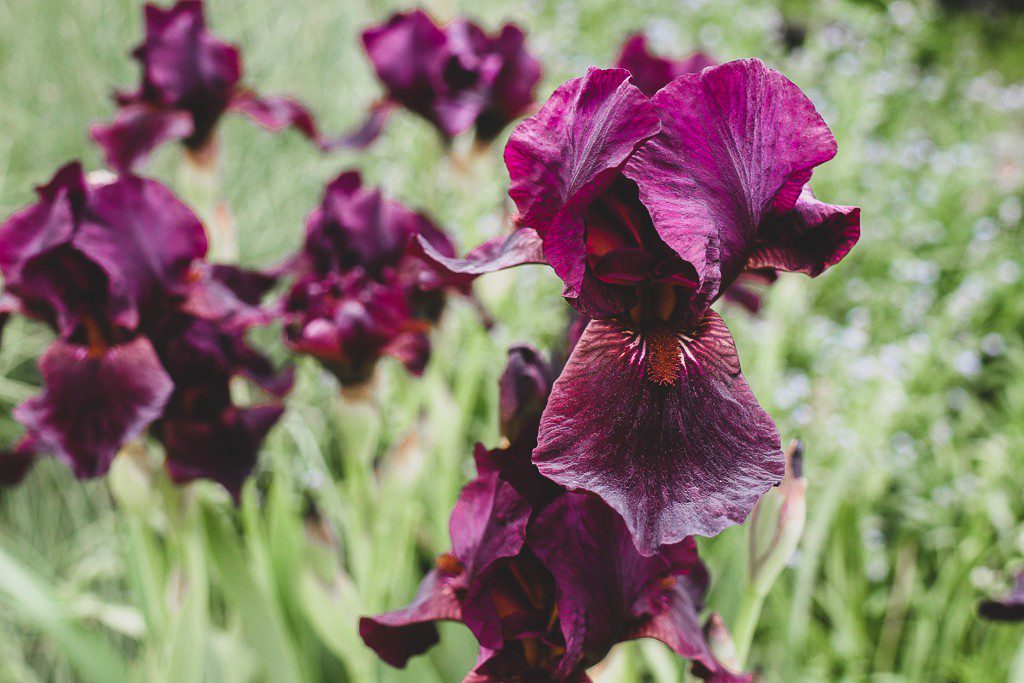 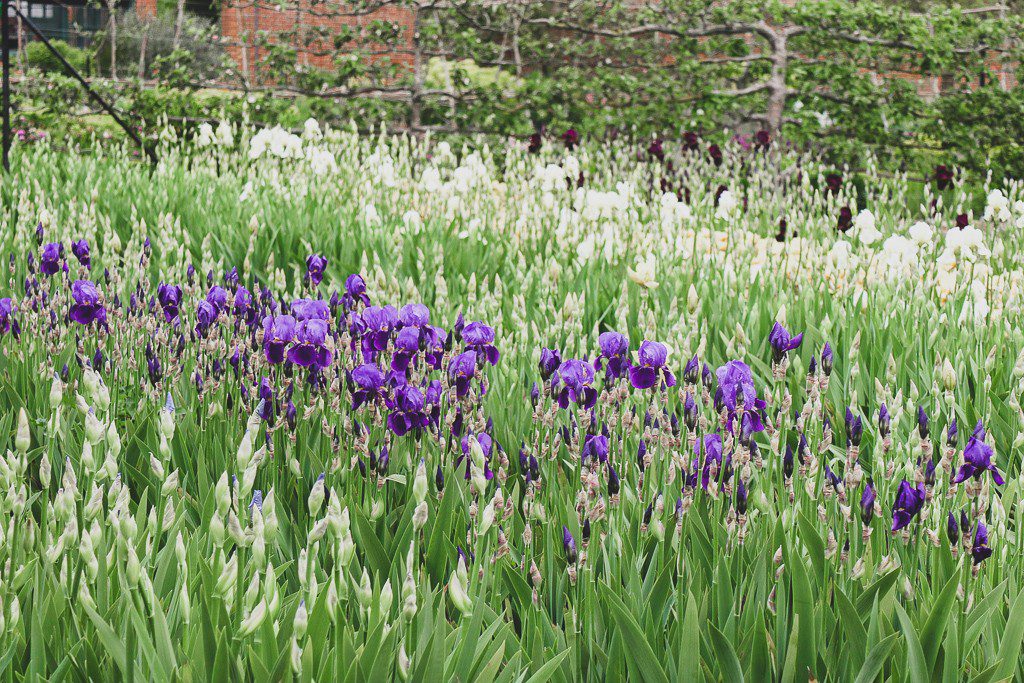 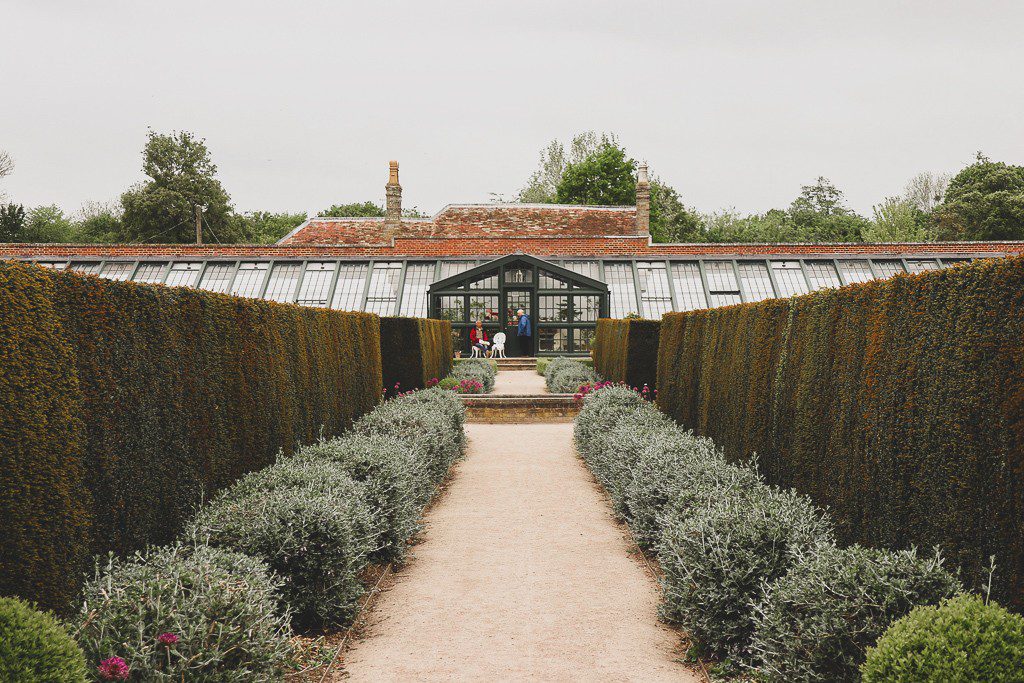 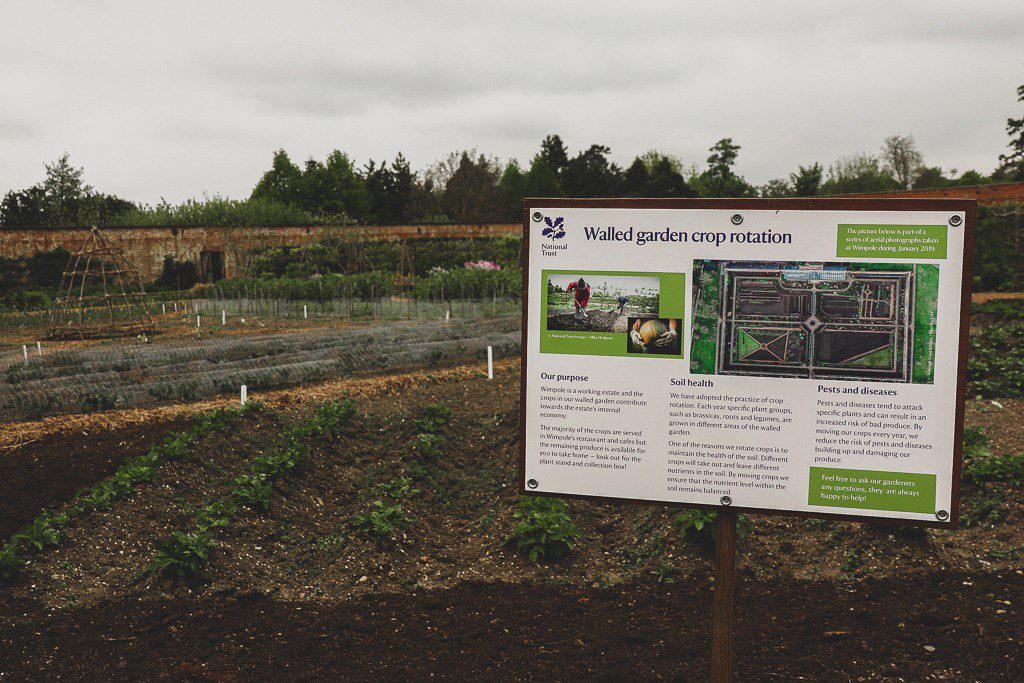 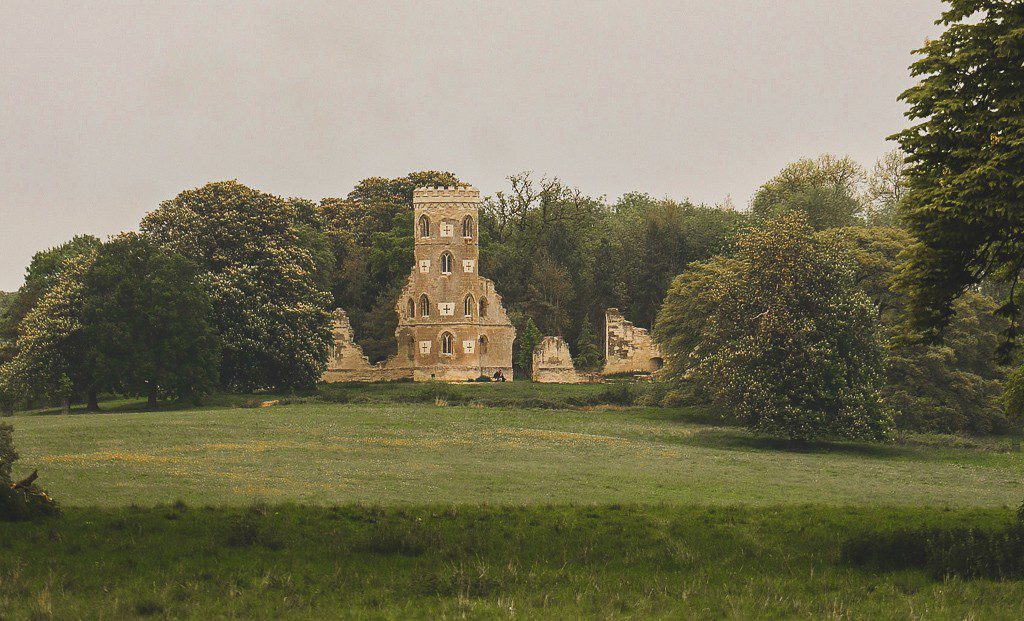 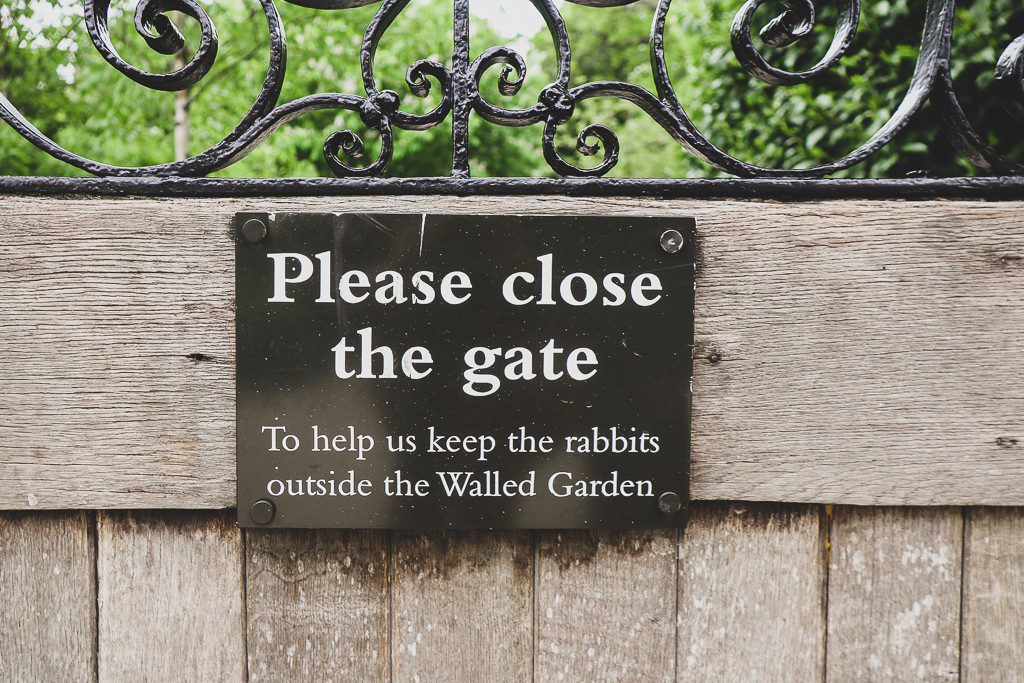 There are the stable block and St Andrew’s Church among the other notable buildings on the territory of Wimpole mansion. 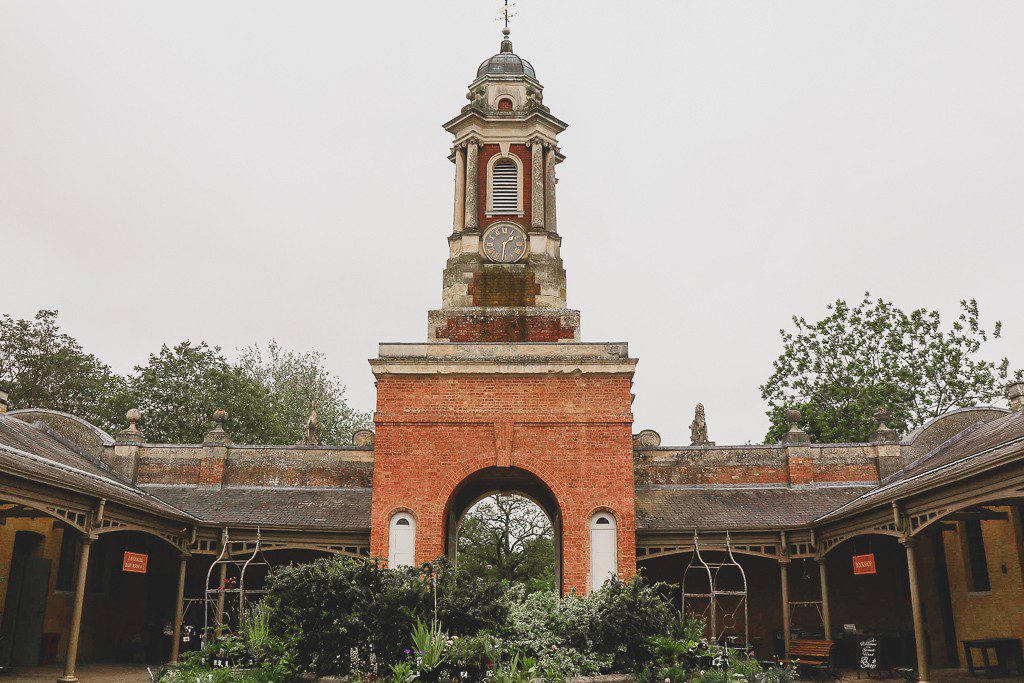 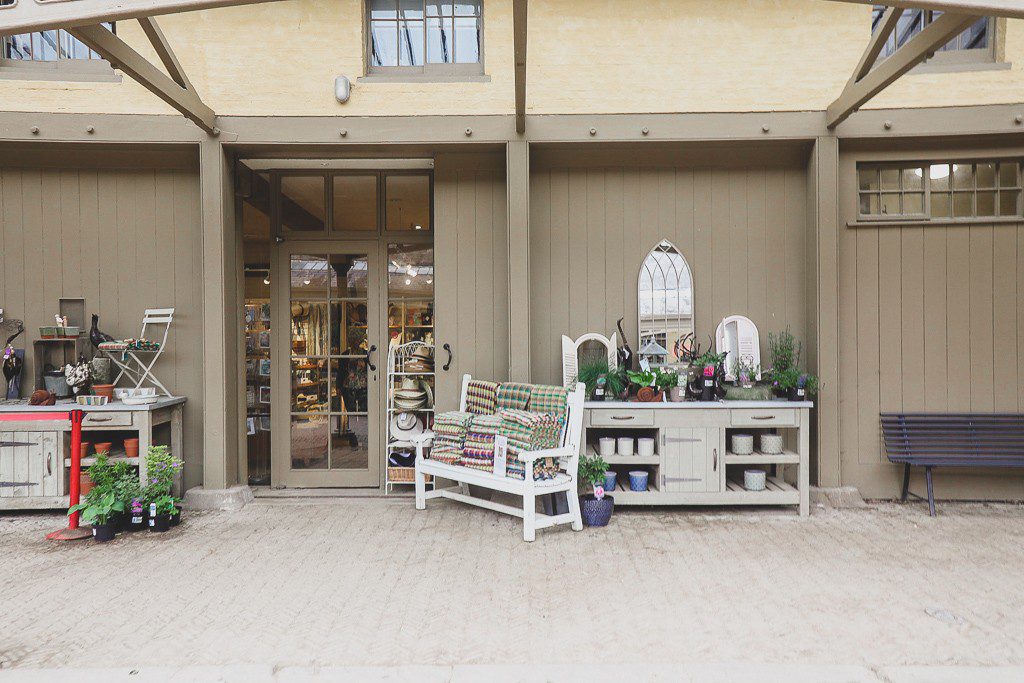 And of course, the Home Farm is a magnet that attracts all the children to the Estate because there are piggies, horses, sheep, donkeys and many other farm animals! And, finally, there is a cafe on the territory too. Just scroll down! 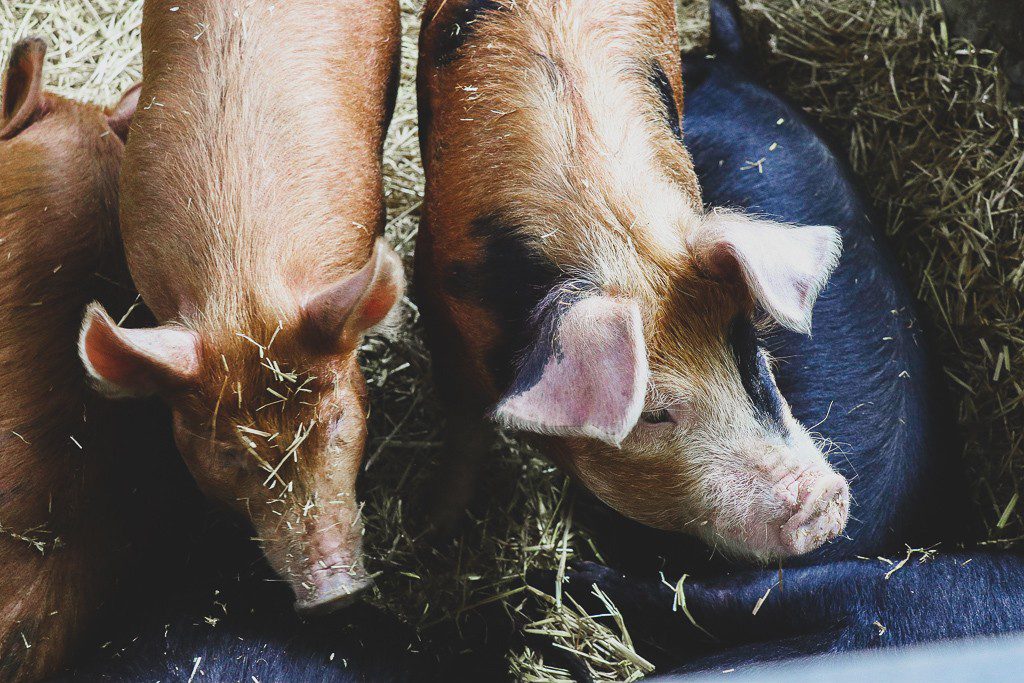 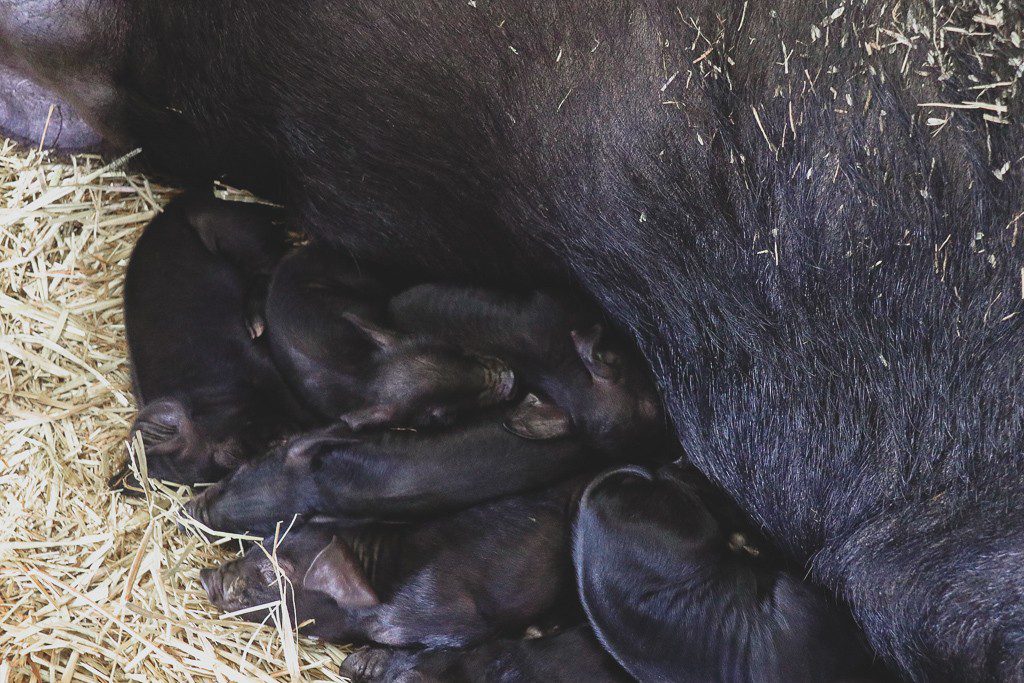 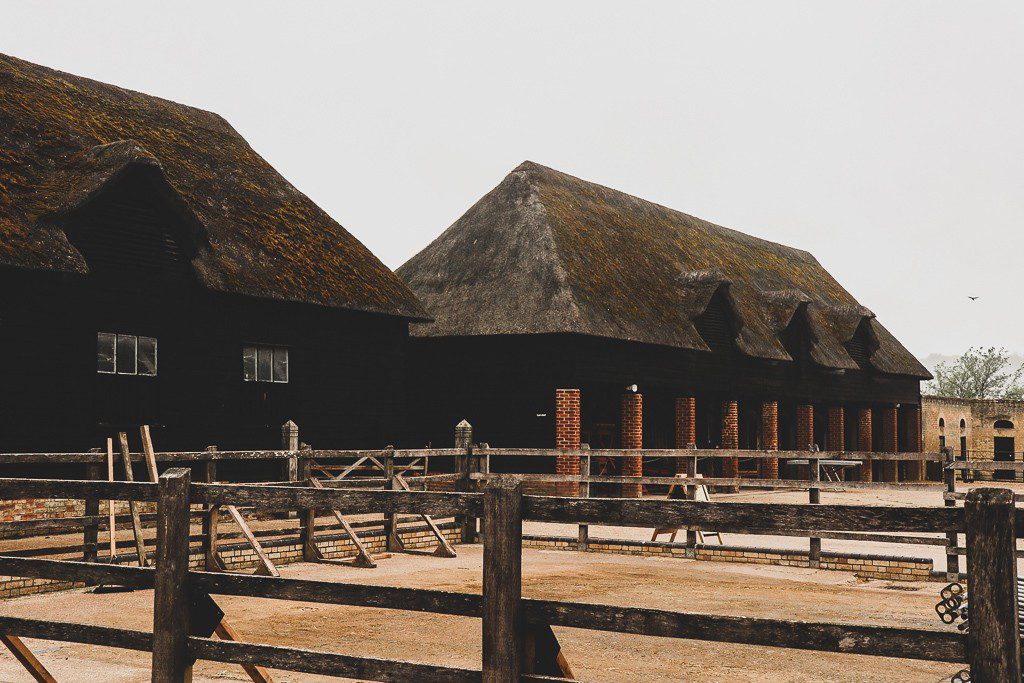