Learn about the most famous Berlin landmarks!

Berlin is one of European capitals that doesn’t leave visitors indifferent. The XX century hit it hard, and some say that its face is forever made uglier by more modern buildings. Others admire the contemporanean vibe and think that Berlin is absolutely unique due to the differences between the Eastern and Western parts. Let’s discover the most famous landmarks of this gorgeous and controversial German city – this list contains the most polar and different places you can imagine. 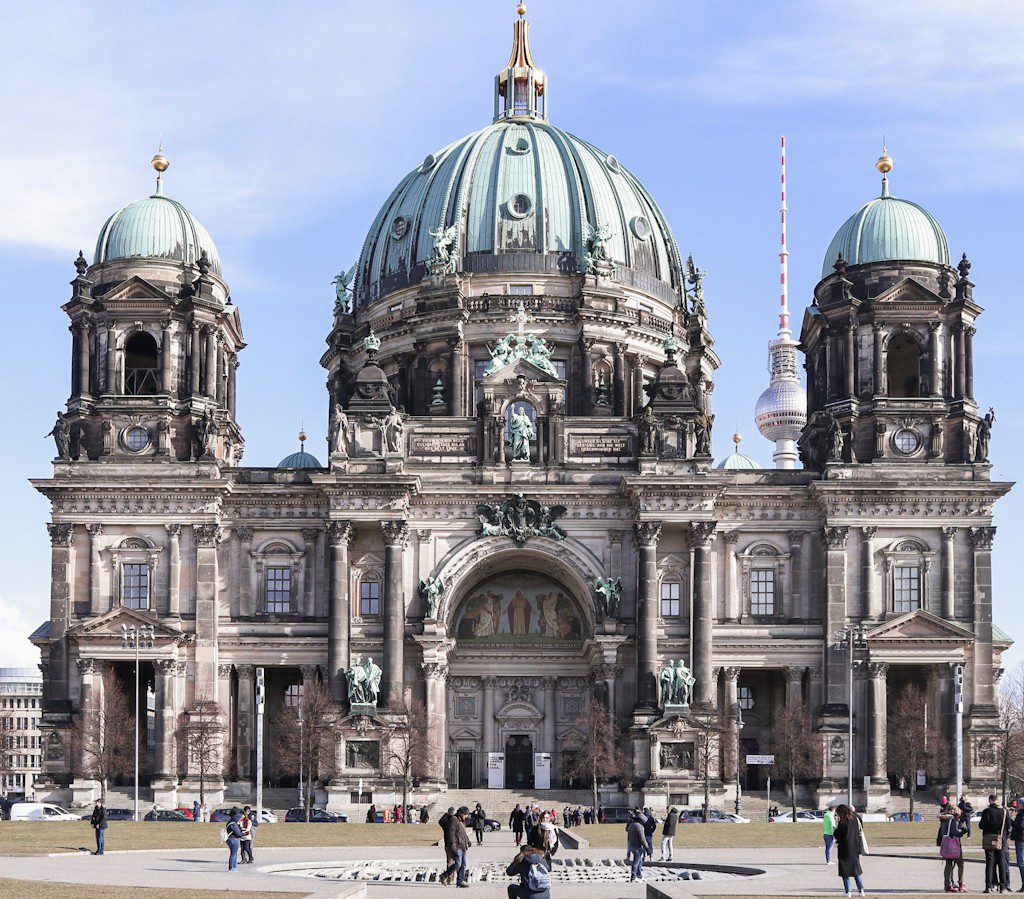 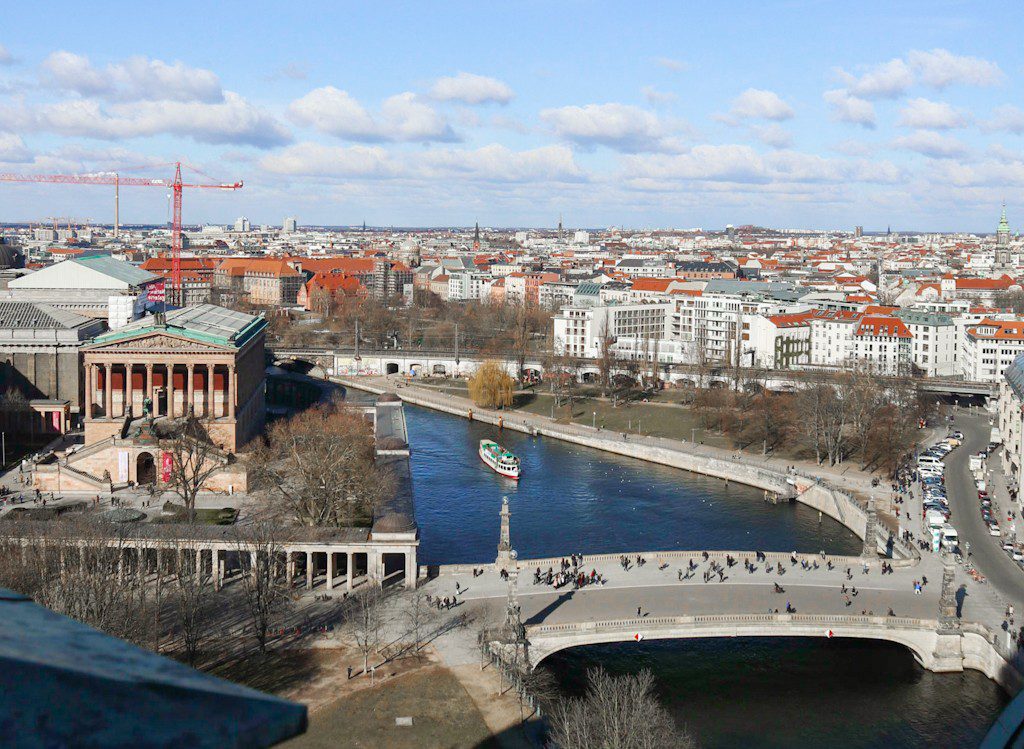 Berlin’s Reichstag, or Deutscher Bundestag, is must-visit landmark for anyone who’s in Berlin for the first time. It’s a parliamentary building that has been designed by Paul Wallot in late 19th century.

Its history was quite turbulent and left the building desperate for a re-do which was performed by Norman Foster who added a glass dome to it. Visit it for a panorama as well as a museum and don’t forget to make an online reservation prior to your it! 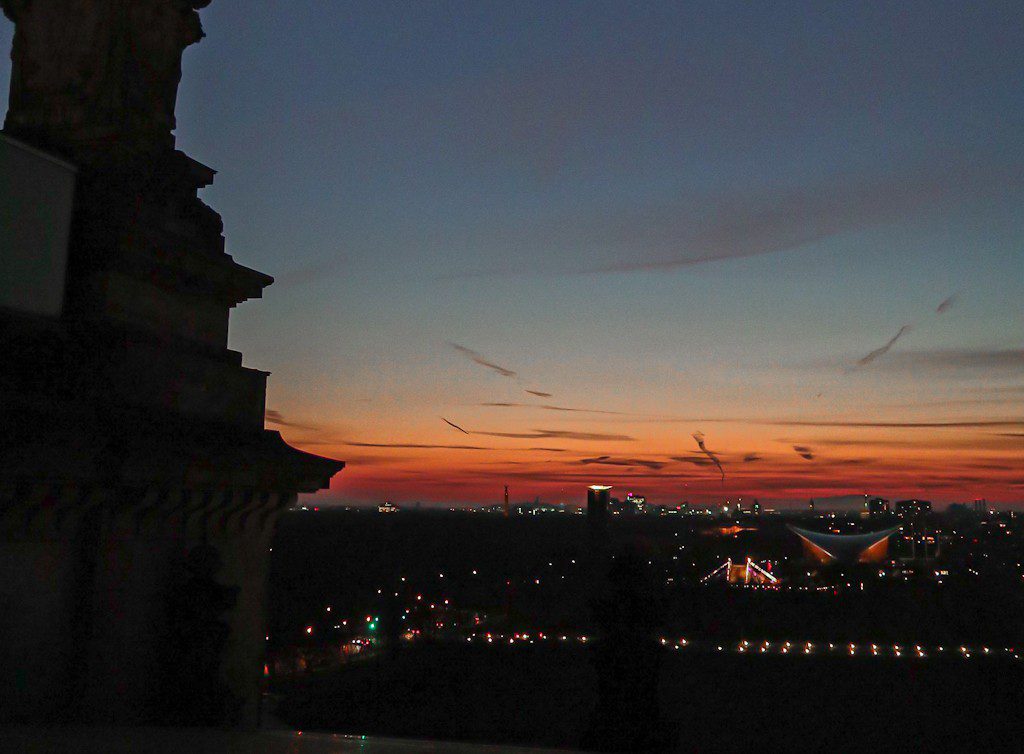 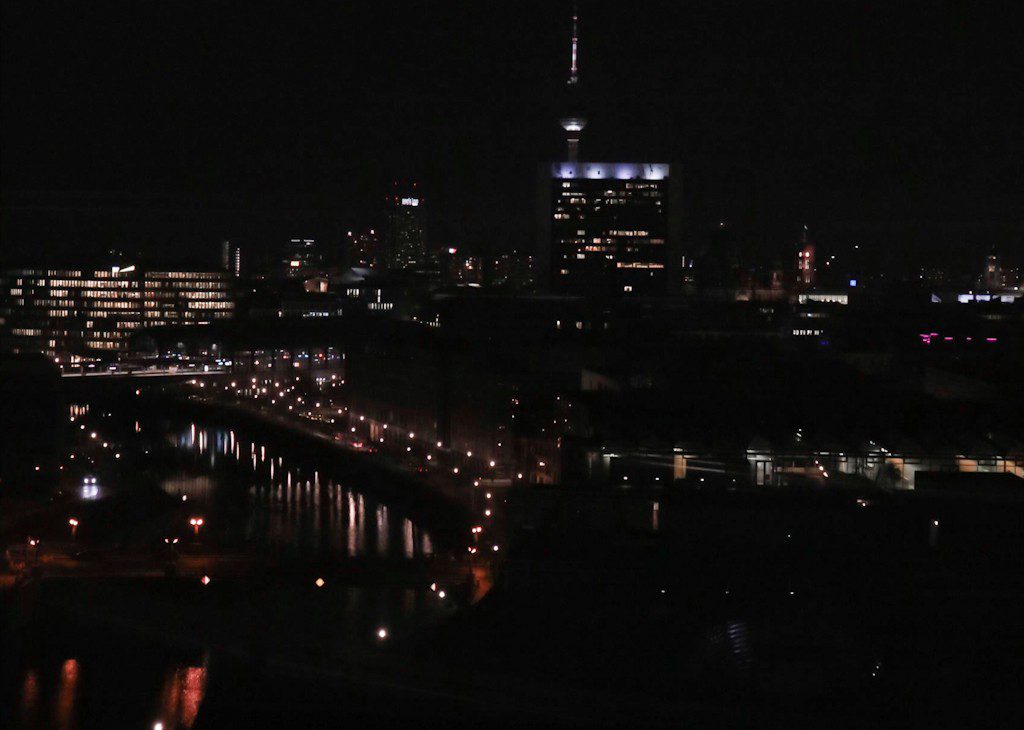 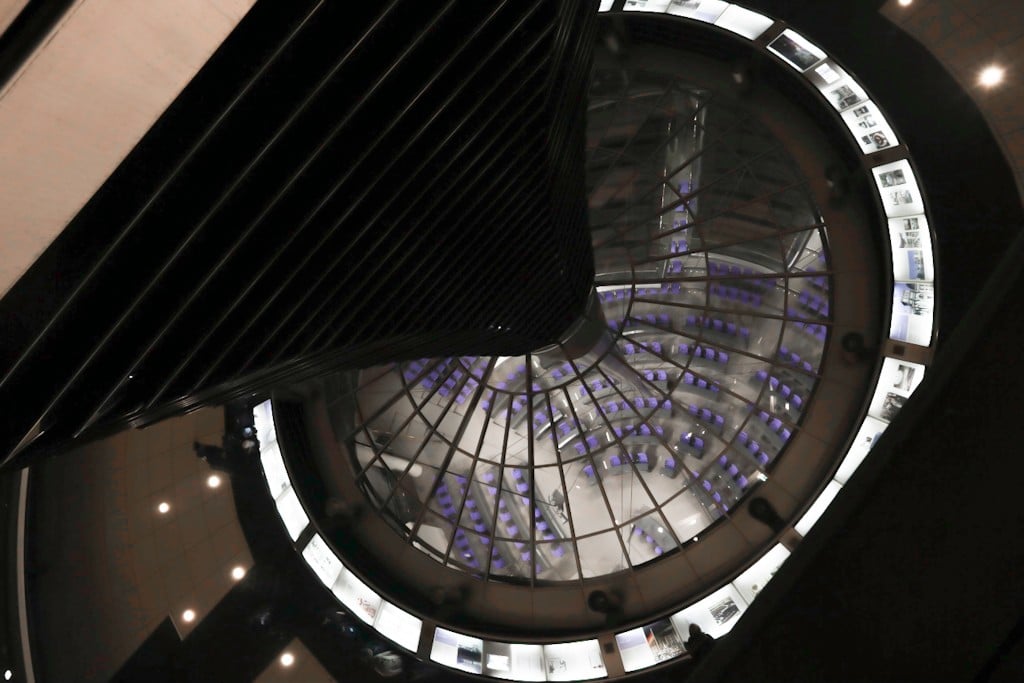 If you follow me for some time, you are well aware of my museum passion. Imagine my joy being able to explore a few extremily rich and precious collections all situated in proximity to each other! Well, museums of Berlin deserve a separate blog but I’ll just mention that Berlin’s Museum Island include the Altes Museum (Old Museum), Pergamon Museum (my favorite one!), the Bode Museum, the Neues Museum (New Museum) and the Alte Nationalgalerie (Old National Gallery). Recently they underwent a massive reconstruction.

Berliner Dom, or Cathedral Church, also situated on the Museum island. This protestant church is one of the most recognizable landmarks of the city. It is located on the spot of the parts of City Palace which were substituted with this neo-classical beauty you see today. It also provides visitors with a gorgeous view point that is worth conquering all the 270 stairs.

Another gem of the Berlin collection of museums, Museum für Naturkunde, or Museum of Natural History, is a home of famous Archaeopteryx you’ve probably seen so many times. Apart from that, it has many other fossils preserved, impressive mineral collection and biodiversity exposition as well as the System Earth installation!

5. Memorial to the Murdered Jews of Europe

Memorial to the Murdered Jews of Europe, or Holocaust-Mahnmal, is one of the most important historical reminders of all times – and especially now when antisemitism is on rise again. This place dedicated to the Holocaust victims was designed by Peter Eisenman who came up with an idea of a labyrinth of 2711 concrete blocks of different sizes standing on the uneven floor. They are reminiscent of tombs and at the same time provoke a complex of emotions such as solitude, disorientation, uncertainty, feeling of being lost and unsafe. The memorial was opened in 2005. 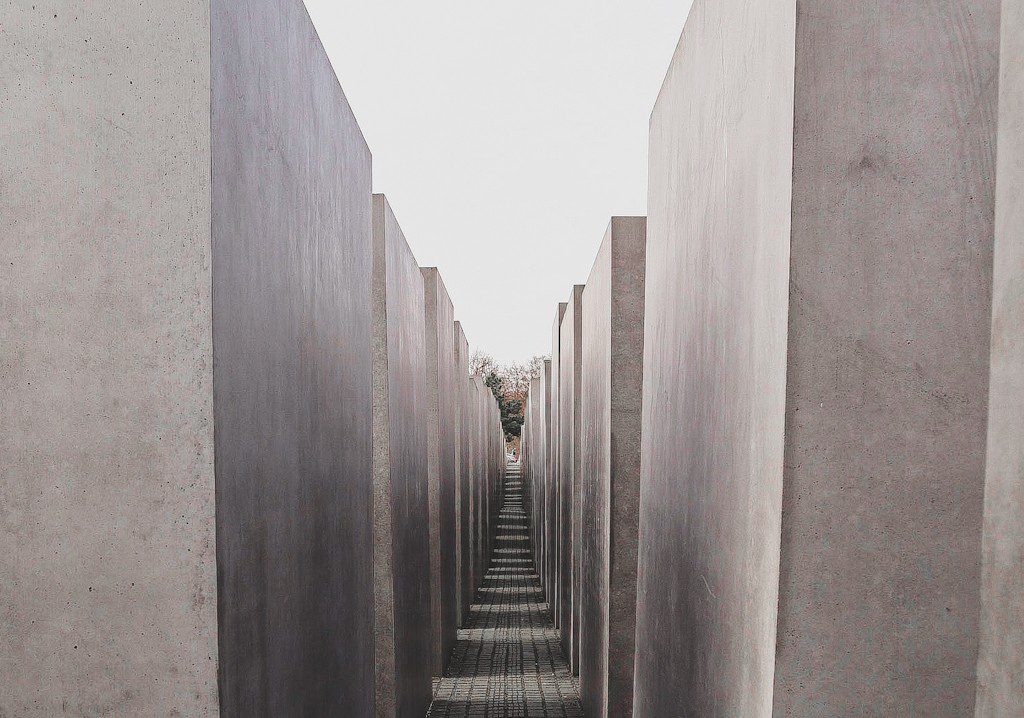 Berlin Zoo, or Zoologischen Gartens, and aquarium were an absolute gem of my visit – and I hope they will become that for you too! It was snowing during my trip, and many animals had wisely chosen to stay indoors but the pandas and penguins were really playful and cheerful. The aquarium of the zoo is really one of the most impressive places I’ve ever been to, you can spend hours there meditating! And don’t miss the architectural landmark of this place are the Elephant gates (Elefantentor), have a proper look at them!

If you’re looking for an epic view like this where you can enjoy the sunset head to the 368 meters tall Fernsehturm, a television tower in Berlin and the tallest building in Germany! It’s situated near Alexanderplatz. Buy a ticket first and then you’ll probably have to wait for about an hour for your turn to climb up (as I did) – so make sure you have plenty of time and it doesn’t get too dark while you wait! 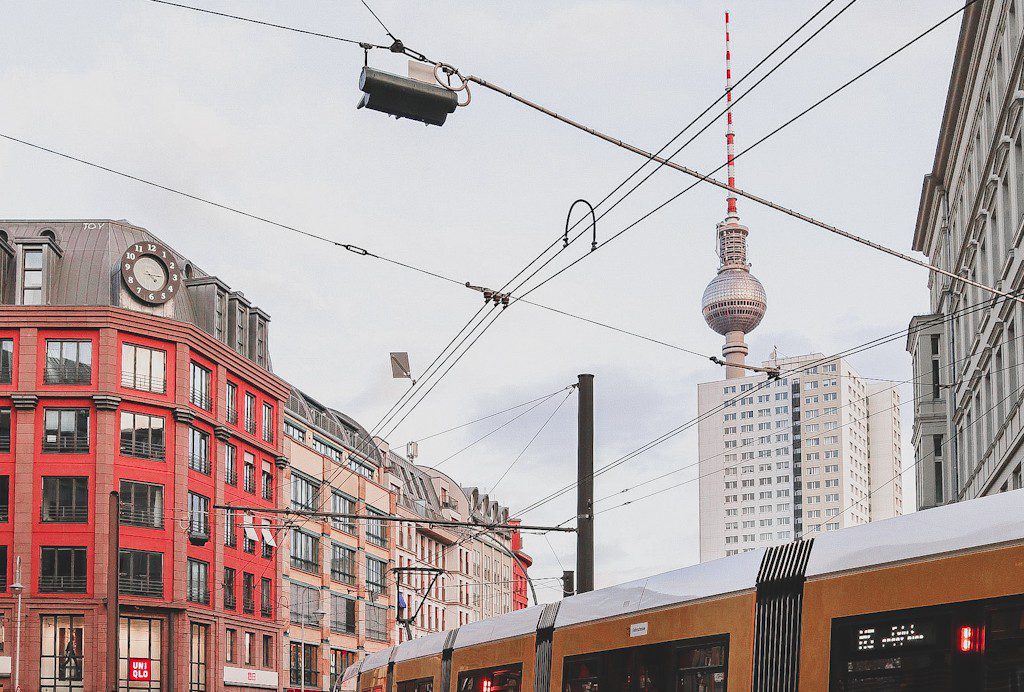 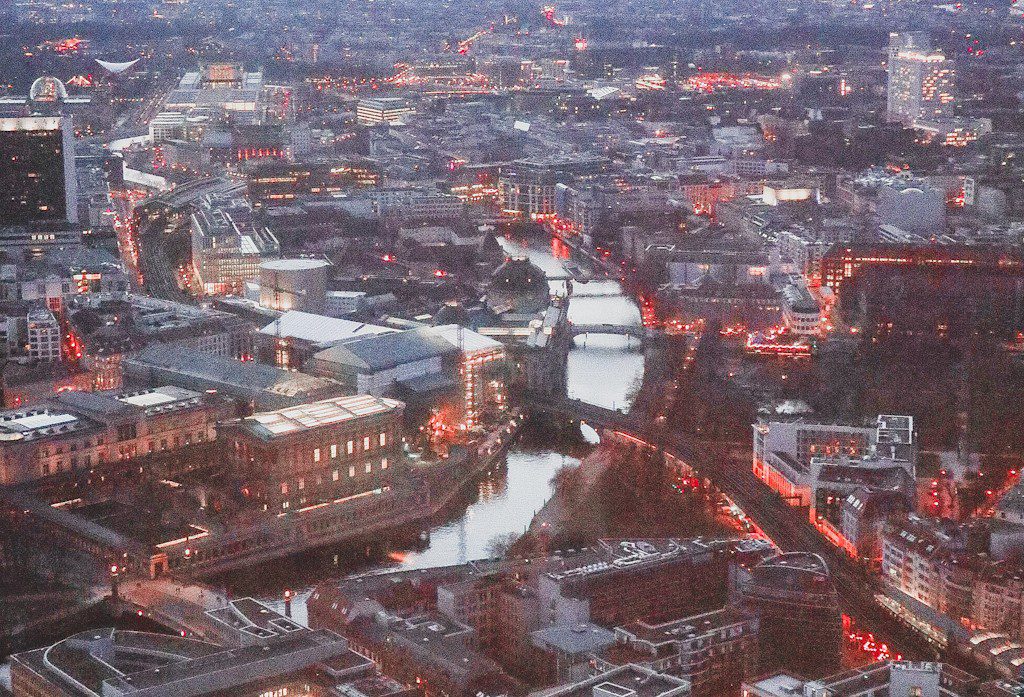 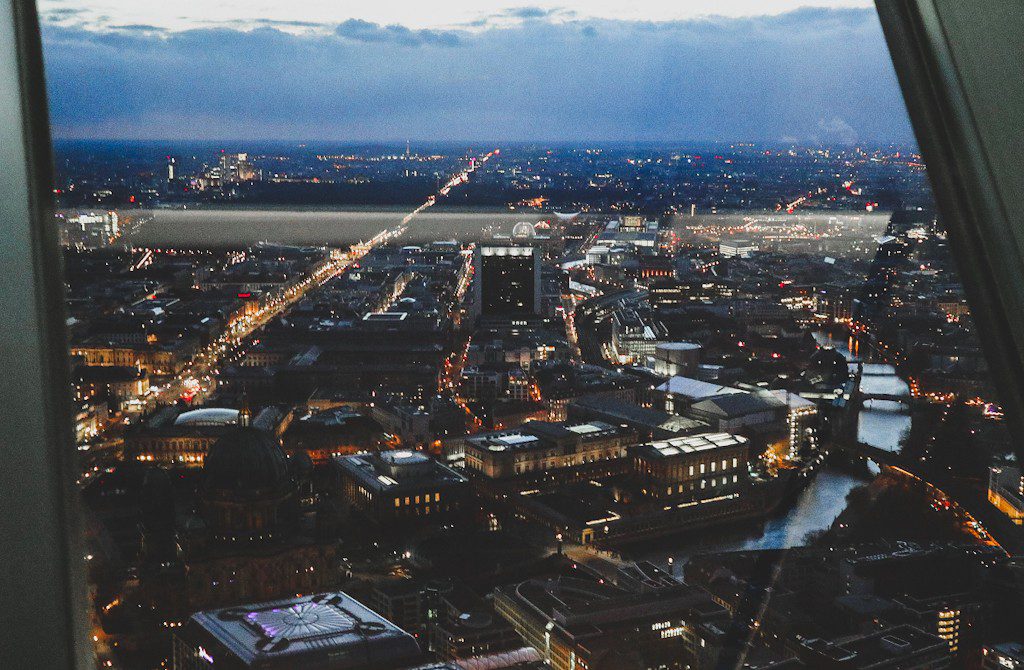 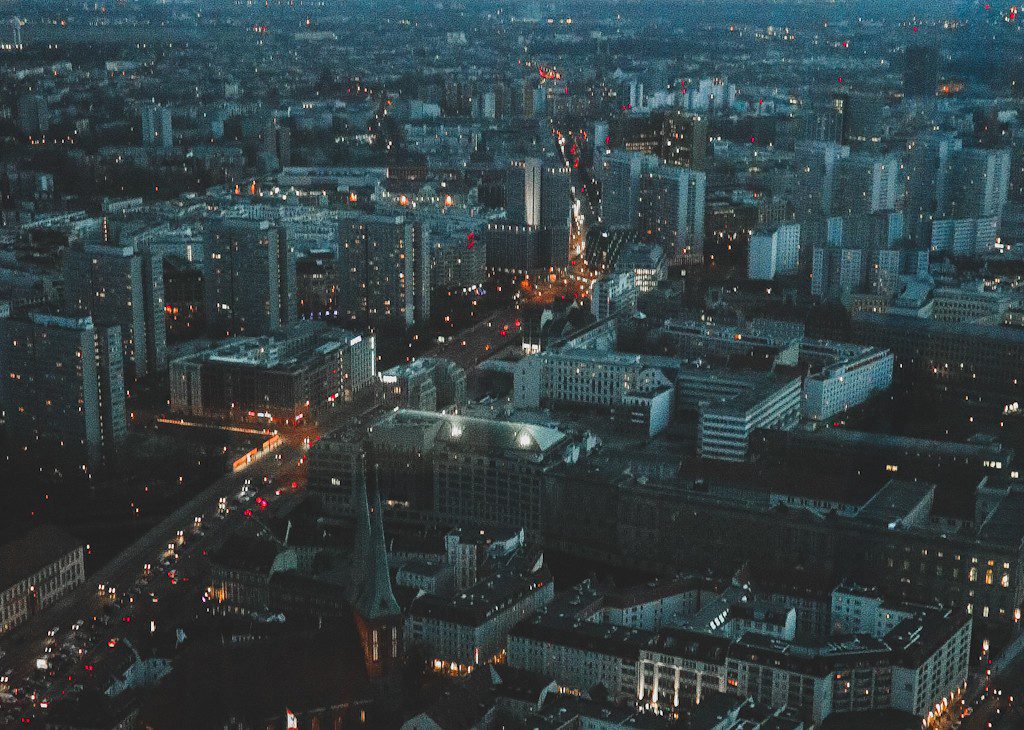 Potsdamer Platz, or Potsdam Square, is located right in the heart of the city. If you’re a cinemaholic, you probably know it as a location for the Sony Centre and Berlinale.

The Victory Column with a statue of Victoria on the top is an important monument of the German history of the 19th century. Initially it was erected on the Platz der Republik where Reichstag is but now it’s located in the centre of Tiergarten Park, on the roundabout called Großer Stern. The column commemorates the victory of Prussia in the Second Schleswig War (originally) and later victories in the Austro-Prussian War and Franco-Prussian War which are known as The Wars of German Unification today. 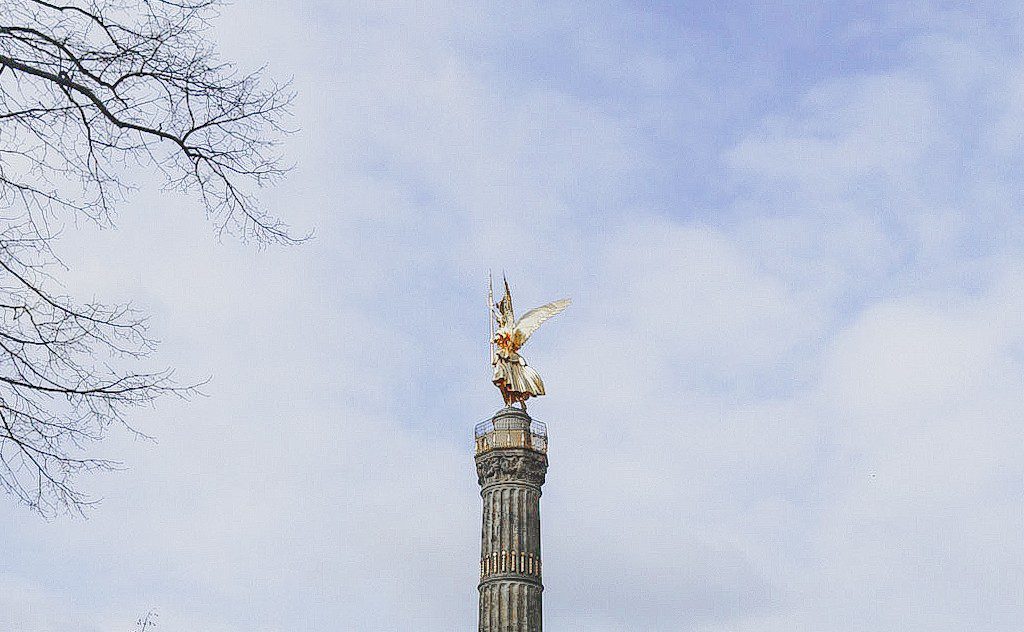 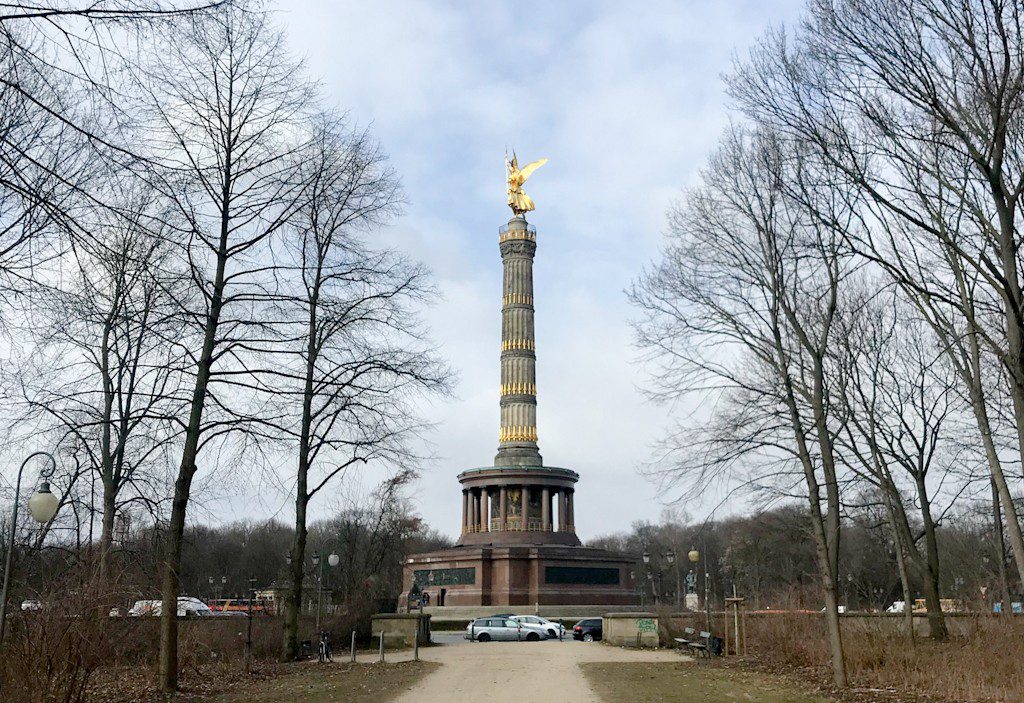 Of course, I didn’t forget about the Brandenburg Gate, easily the most known landmark of Berlin which now symbolises unified Germany. It’s crowned by Johann Gottfried Schadow’s Quadriga which was relocated to Paris by Napoleon but then returned to Berlin. This 26 metres high monument erected in 1788 – 1791 was designed by Carl Gotthard Langhans who was inspired by ancient Greek – more precisely, by Acropolis, and that’s why the whole architectural movement  of that time is called ‘Greek revival’. 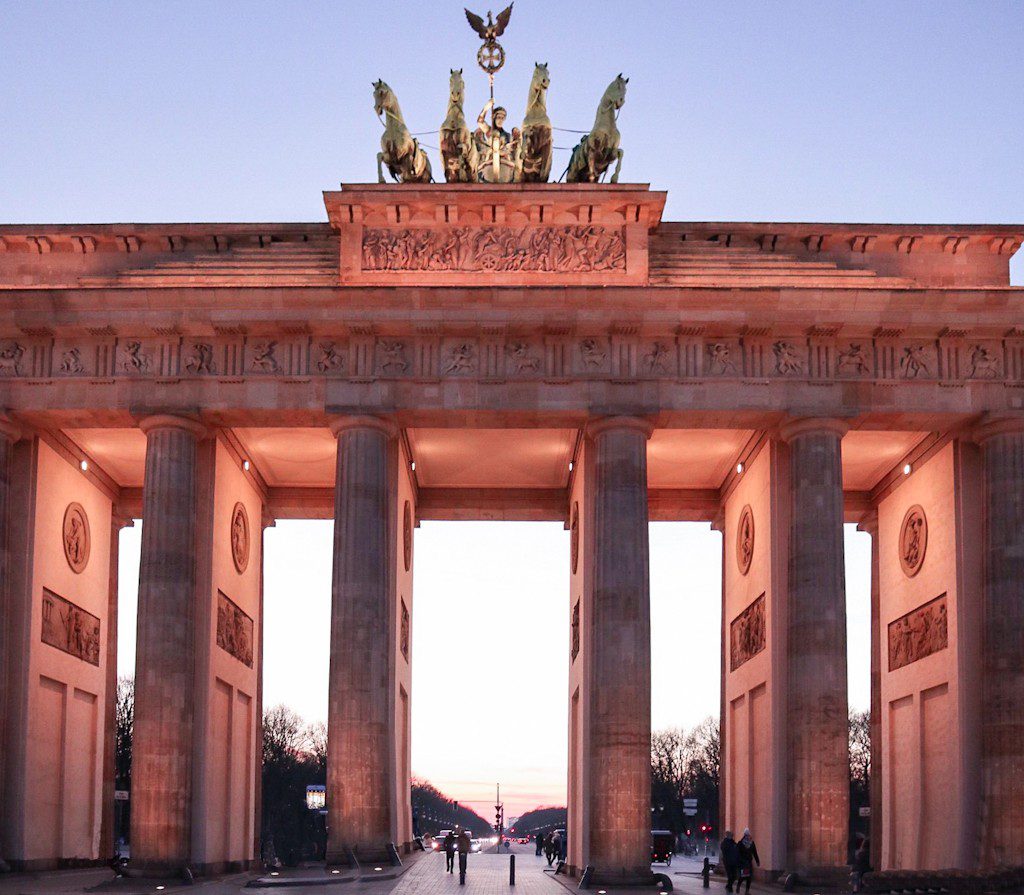 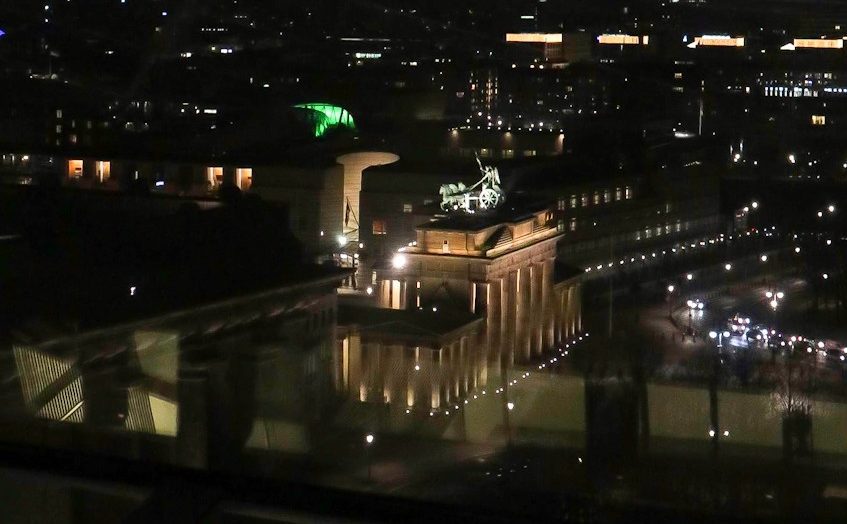