One day in Munich

Munich is the prettiest German city I’ve been to so far (sorry Cologne and Berlin)! Even its extraordinary museums by themselves make it worth a several-days-visit. 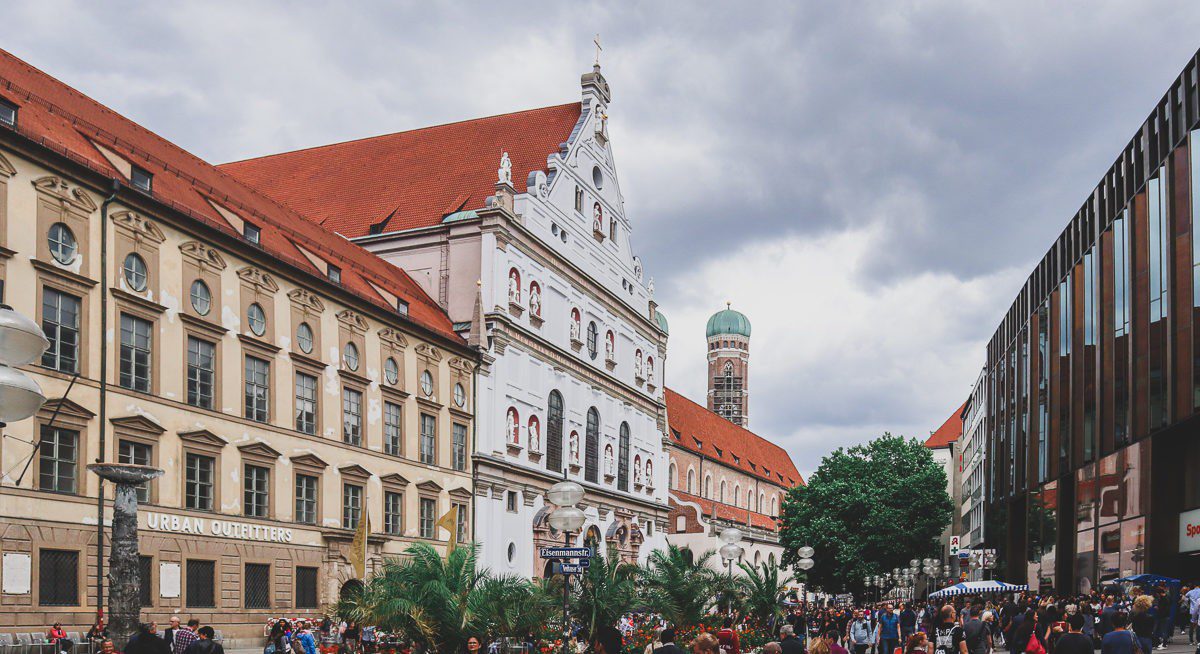 But don’t worry if you have just one day to spend in there: you can easily set your priorities on what you would like to choose. 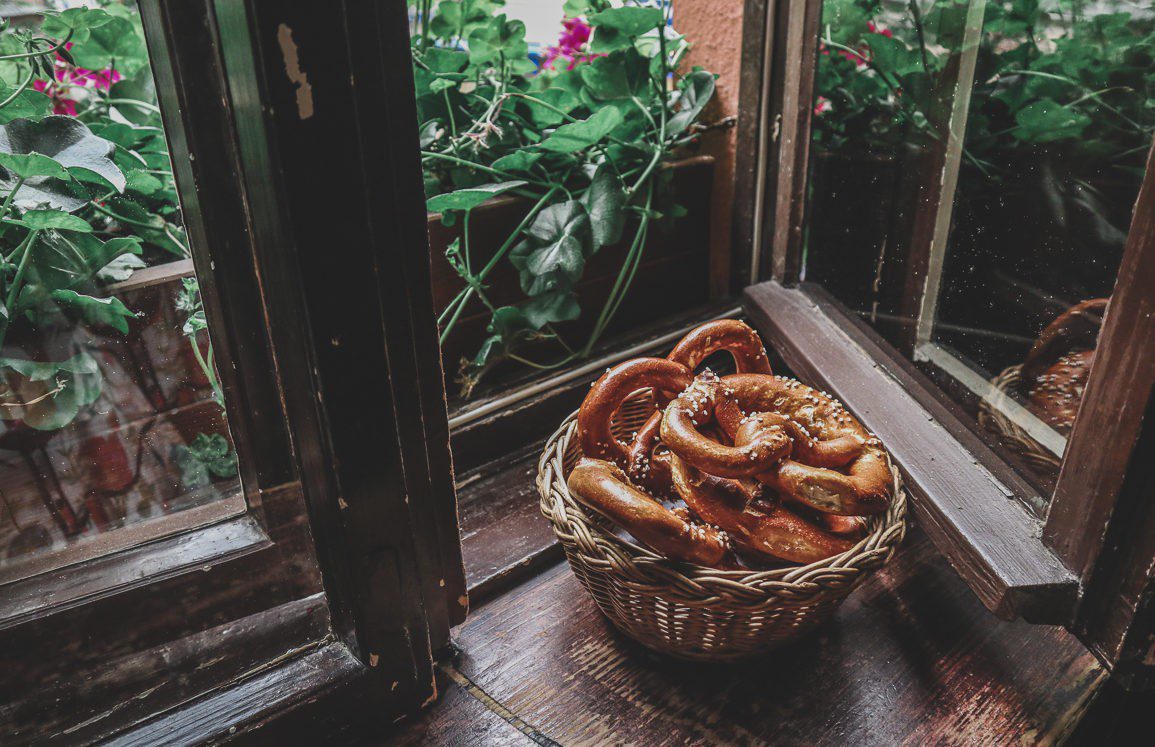 Enjoy your stay in the Bavarian capital! 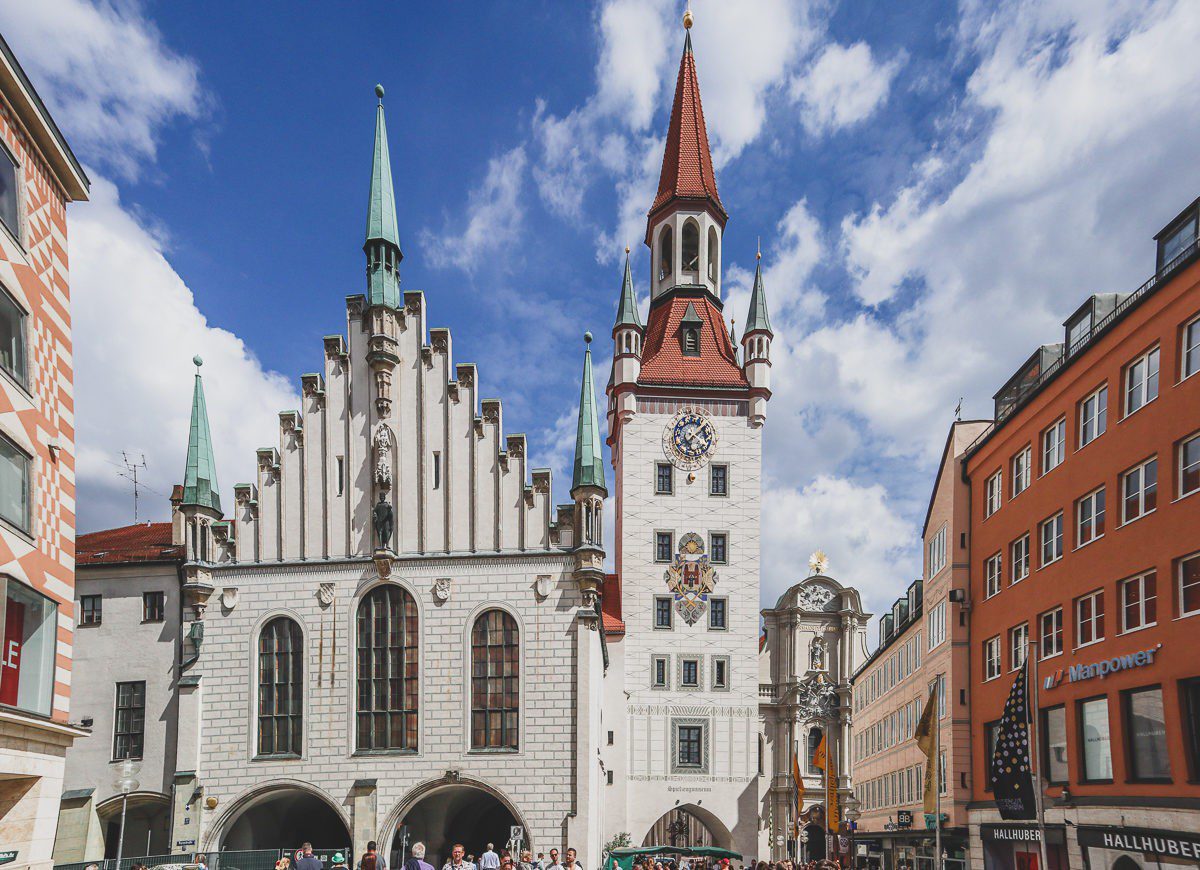 Marienplatz has been the heart of Munich for almost 9 centuries since the city’s foundation. The square is framed by gorgeous historical buildings such as New and Old Town Halls (Neues Rathausand Altes Rathaus respectively).

If you’re lucky to pop into Marienplatz around noon or 5pm in summer (hours might differ in other seasons) you have an opportunity to discover several stories performed by the pretty colourful figures on the Rathaus-Glockenspiel! What did you enjoyed the most: splendid wedding, tournament or Cooper’s dance? Has the Bavarian or Lotharingen knight won this time? 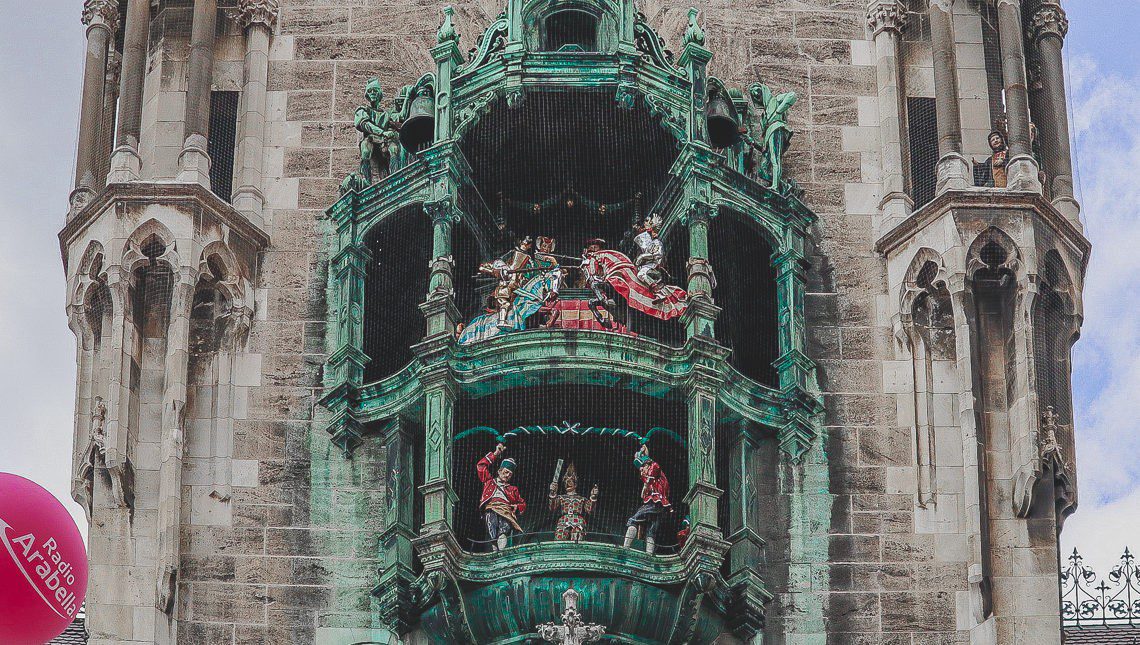 Pop into the courtyard of the New Town Hall for a Bavarian cream dessert – it’s delicious! 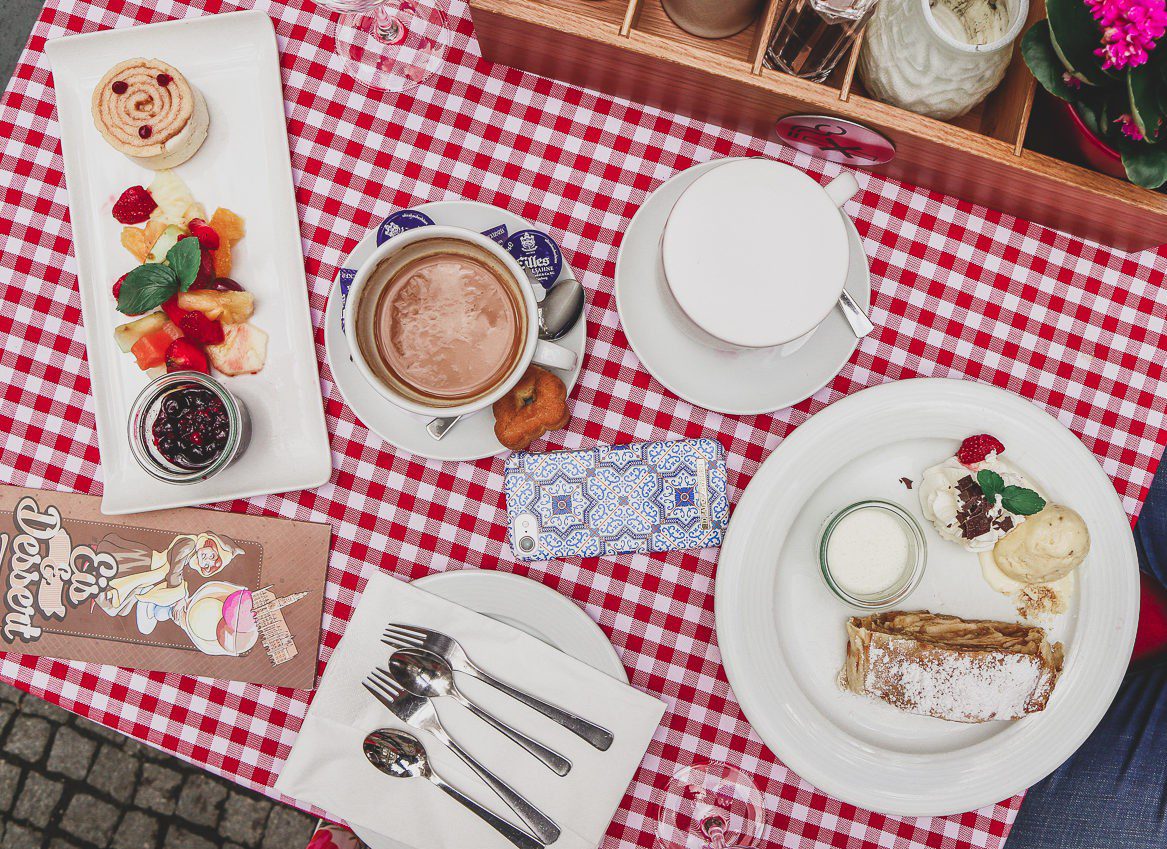 By the way, the views from New Town Hall are just astonishing! You can easily access the roof via the elevator – just make sure that you have a ticket at hand 🙂 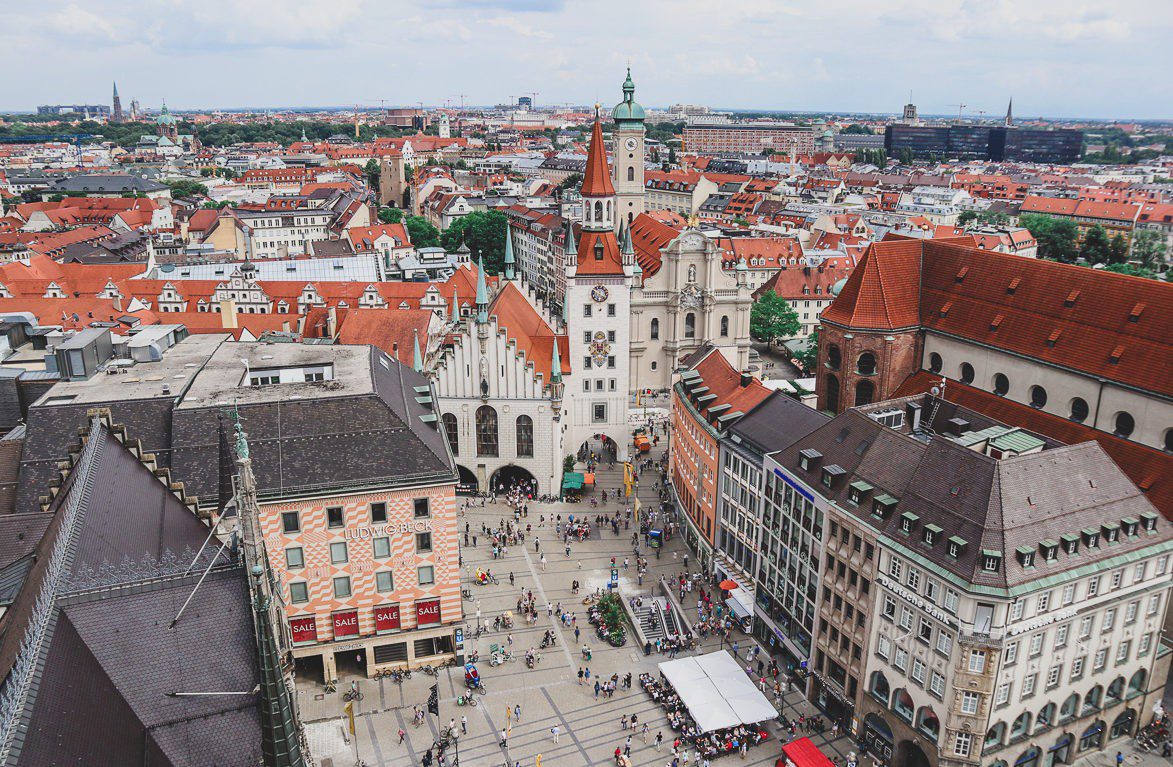 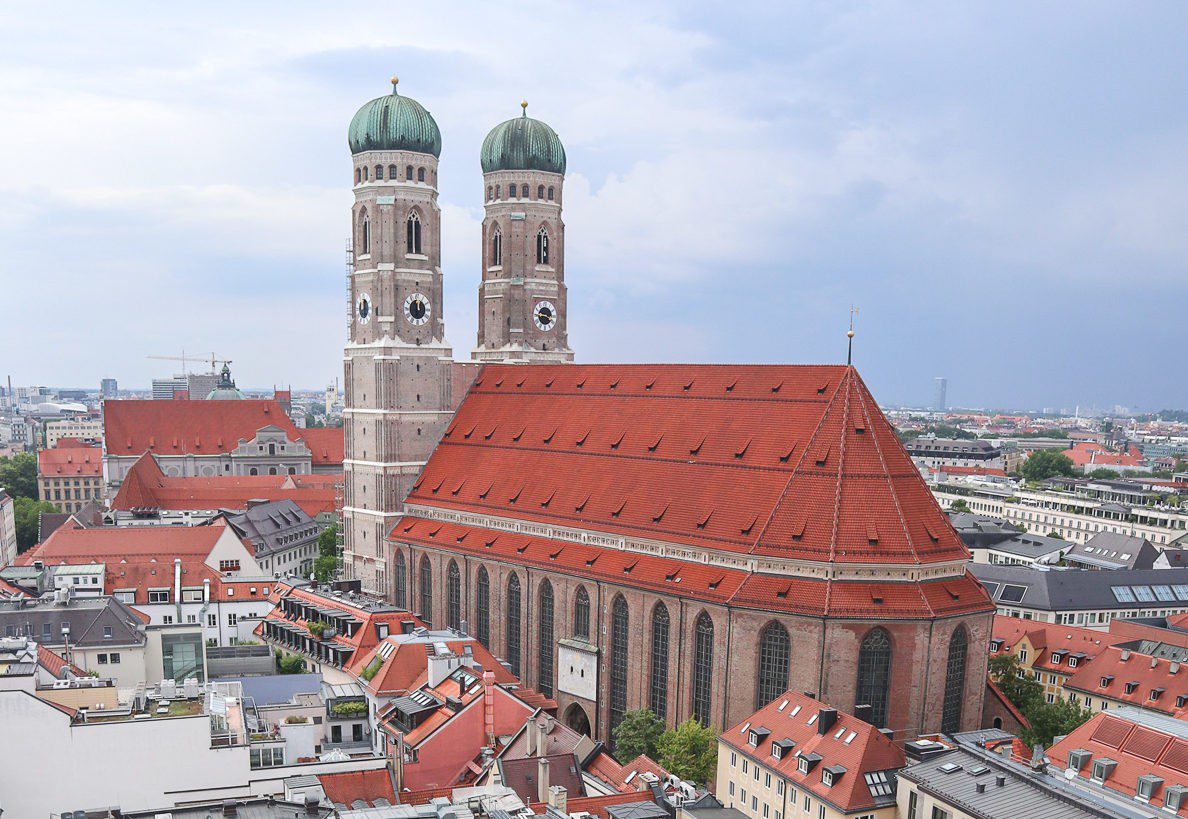 Frauenkircheis a giant 15th century cathedral in the centre of Munich. It’s title is translated as Cathedral of Our Dear Lady. Truly, you can see its twin towers from anywhere in the city! 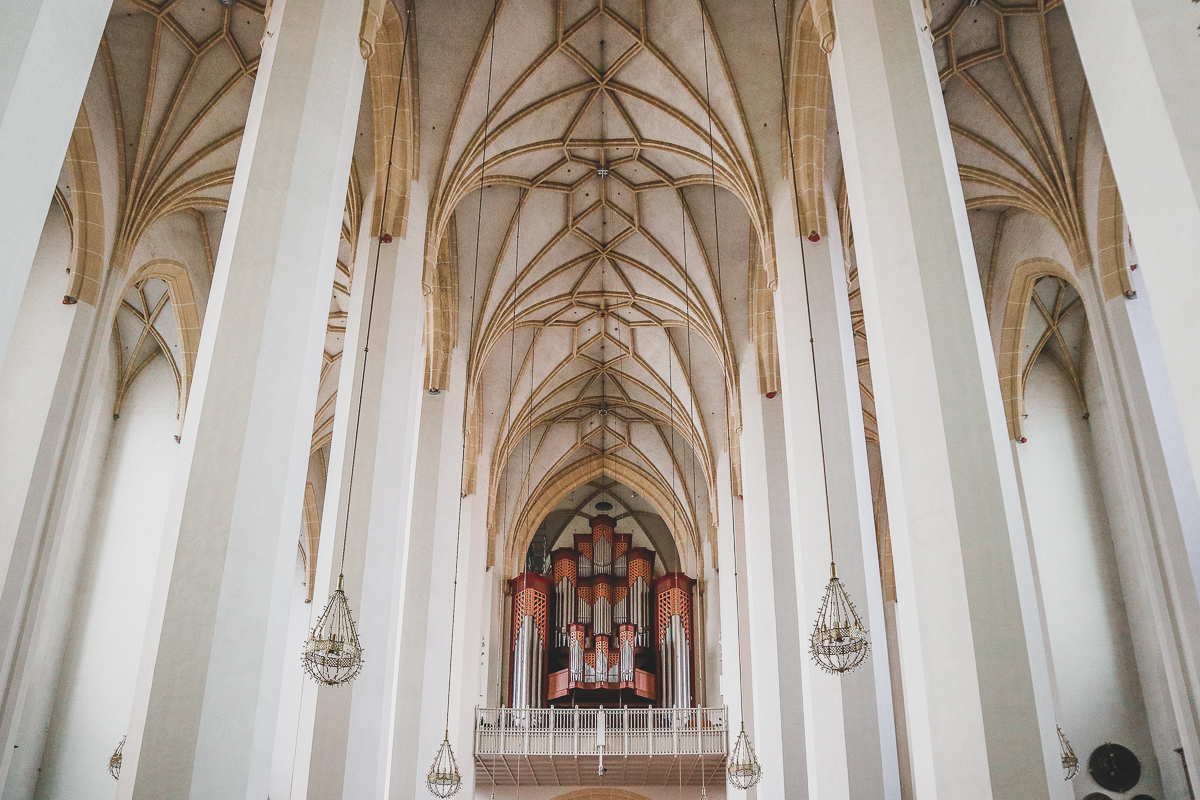 The Emperor Louis IV’s cenotaph strikes you immediately as soon as you enter the church. Unfortunately, I couldn’t enjoy it to the fullest as a big part of it was covered in scaffolding. Fingers crossed, you’ll be luckier than me!

Interesting: according to the legend, there is Devil’s footstep near the entrance. Don’t miss it! 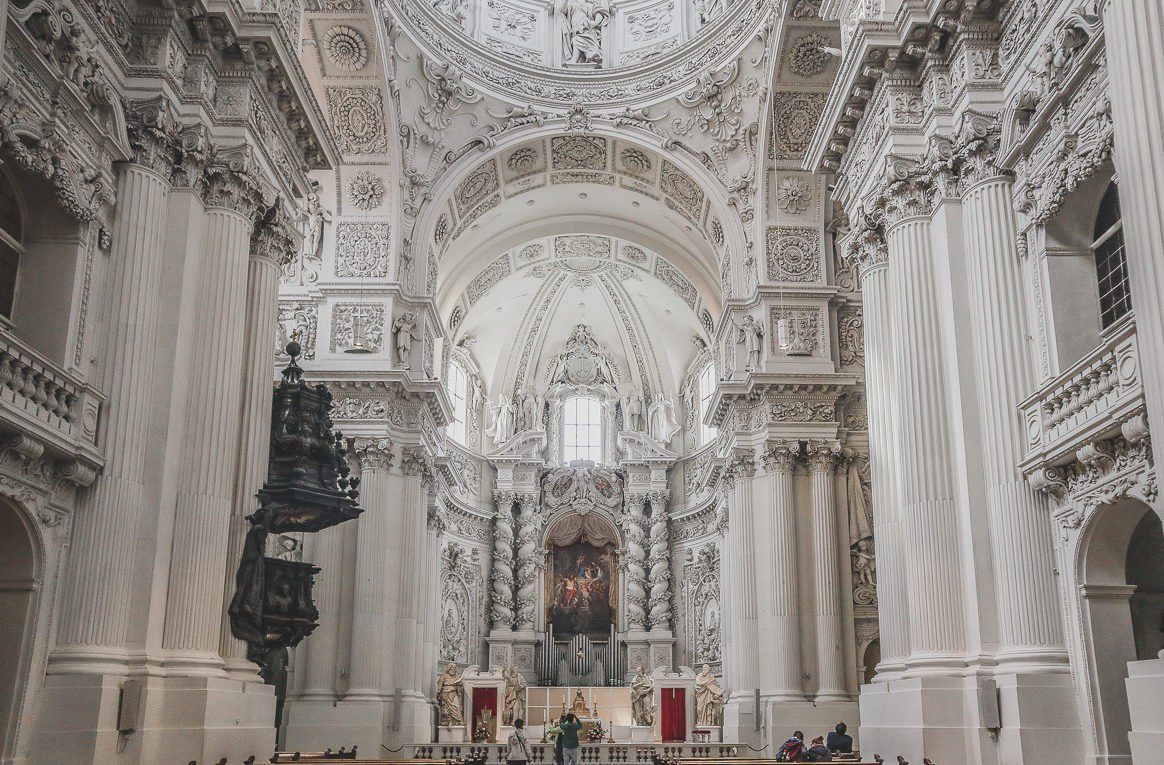 Odeonsplatz is younger than Marienplatz but by no means a less important square. It dates back to the early 19th century and you can easily feel that you’re in Italy, not in Germany, judging by the surroundings: this square is adorned with picturesque buildings in Italian style. Three arches of Feldherrnhalle were for instance inspired by the Florentine Loggia dei Lanzi so favoured by Michelangelo. 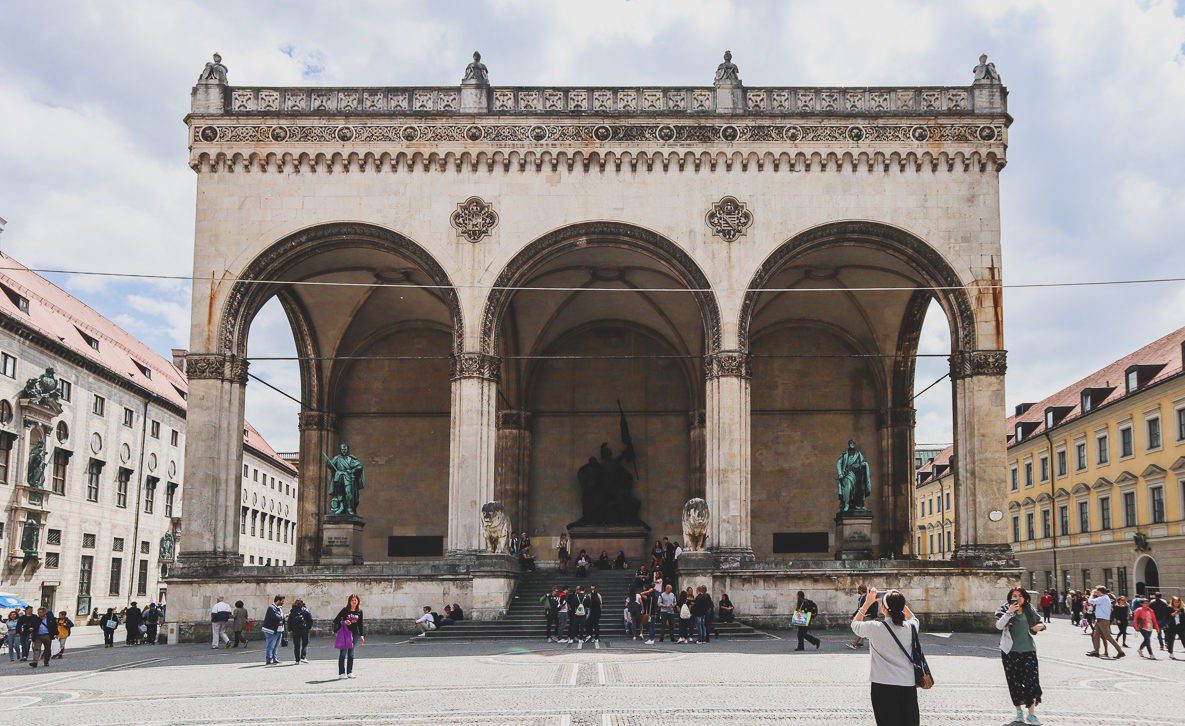 Interesting: Odeonsplatz was extremely important in the political life of Germany in the 20th century. This is precisely the spot where the National Socialist German Workers’ Party’s (read – Nazi) march failed. The so-called Beer Hall Putsch with the Adolf Hitler as the leader was met with state military forces here on the 9th of Nov in 1923.

It definitely has one of the most impressive interiors I’ve ever seen inside the church in my life – see the slides to discover why!

Interesting: if you are into the world history of 20th century, don’t miss the Hofbräuhaus am Platzl. Many famous people liked to pop into this beer hall including Mozart and Lenin. But it’s probably most known know as a place that witnessed Hitler’s rise to power in 20s. 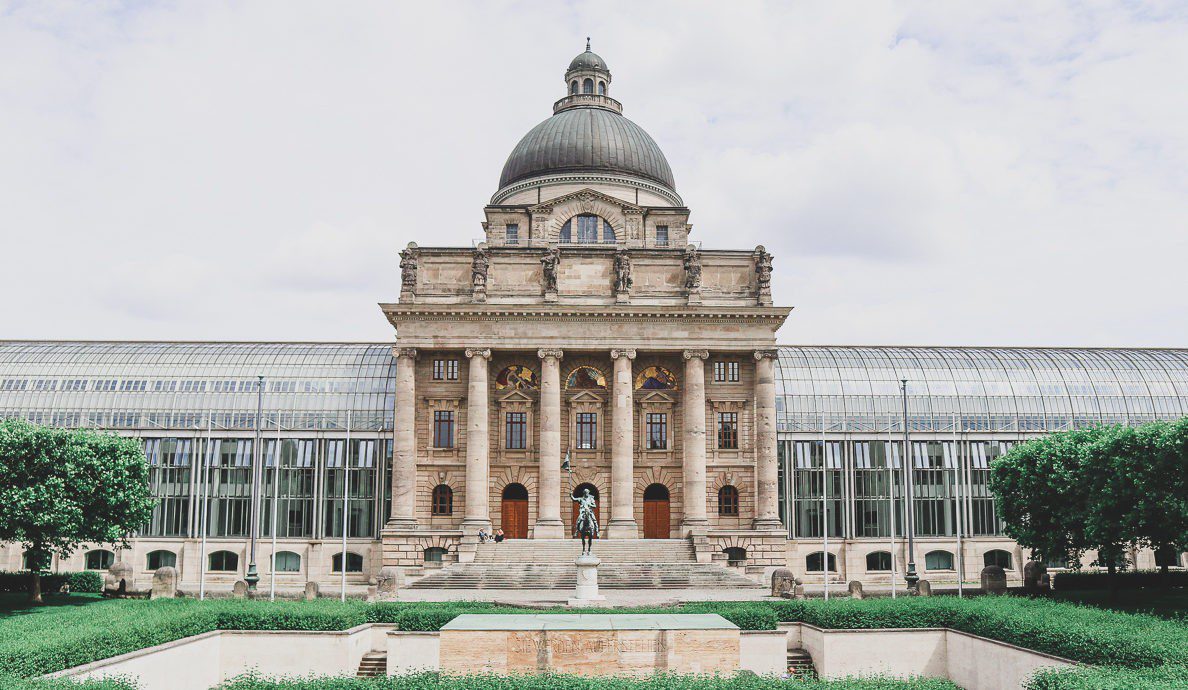 Have a glimpse at the magnificent Bavarian State Chancellery that st pretty close to the Odeonsplatzand Hofgarten. 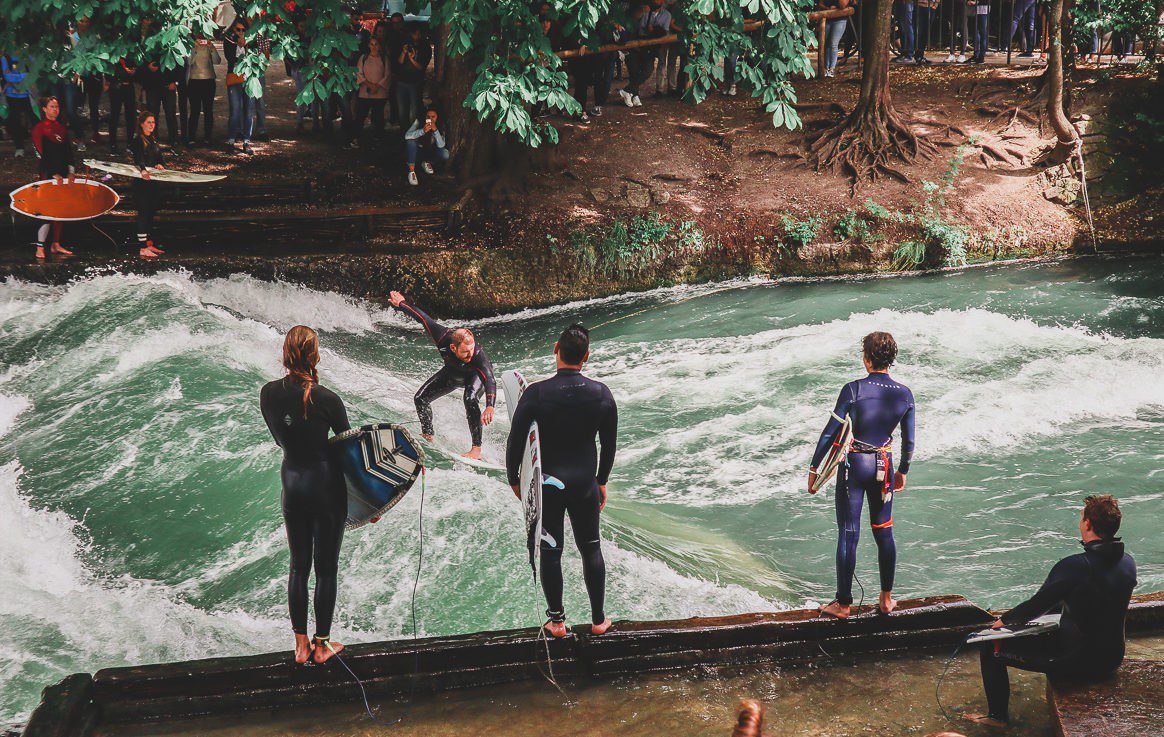 If you are a sceptic when it comes to trusting photoes on internet (like I am), then I must honestly reassure you: no, it’s not a Photoshop. The serfers really enjoy the Eisbach wave right on the side of Englischer Garten. And they are really cool! 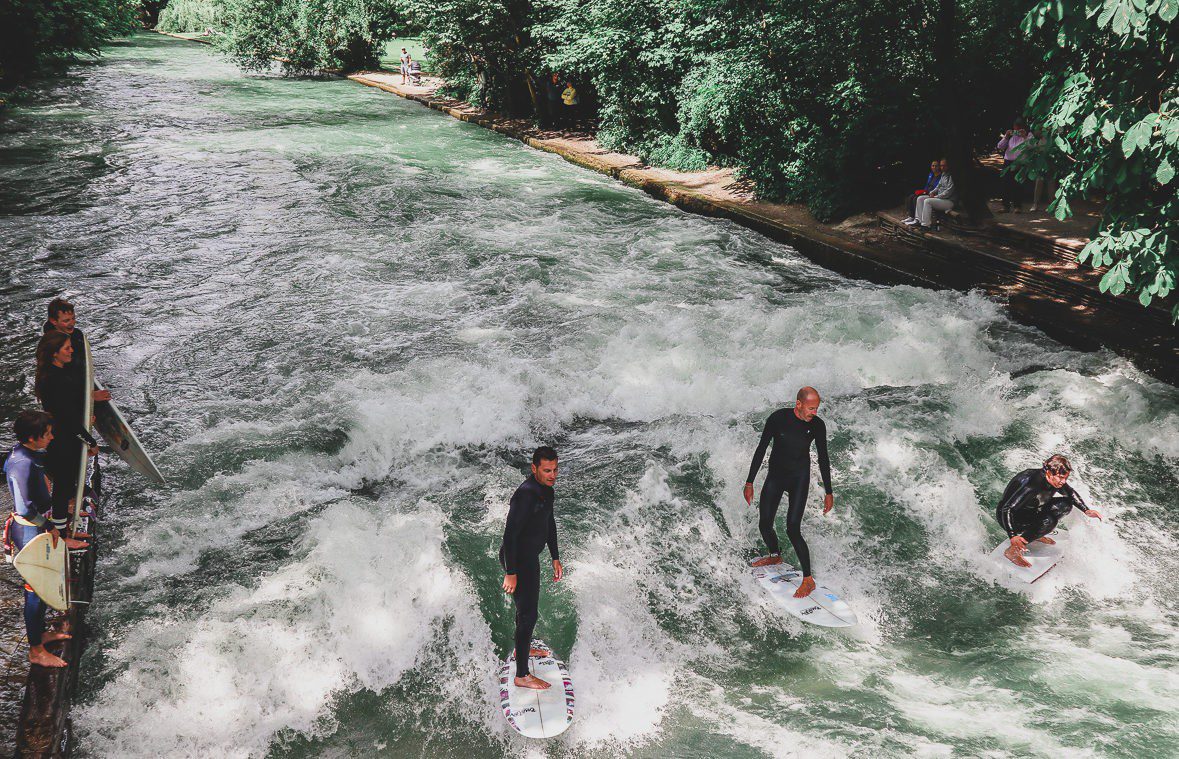 If the weather is nice, stroll along the Englischer Garten, a huge and pretty public park in Munich! It’s one of the largest of its kind in the whole world! I wish we had some tea at the Japanese teahouse but unfortunately in was closed. 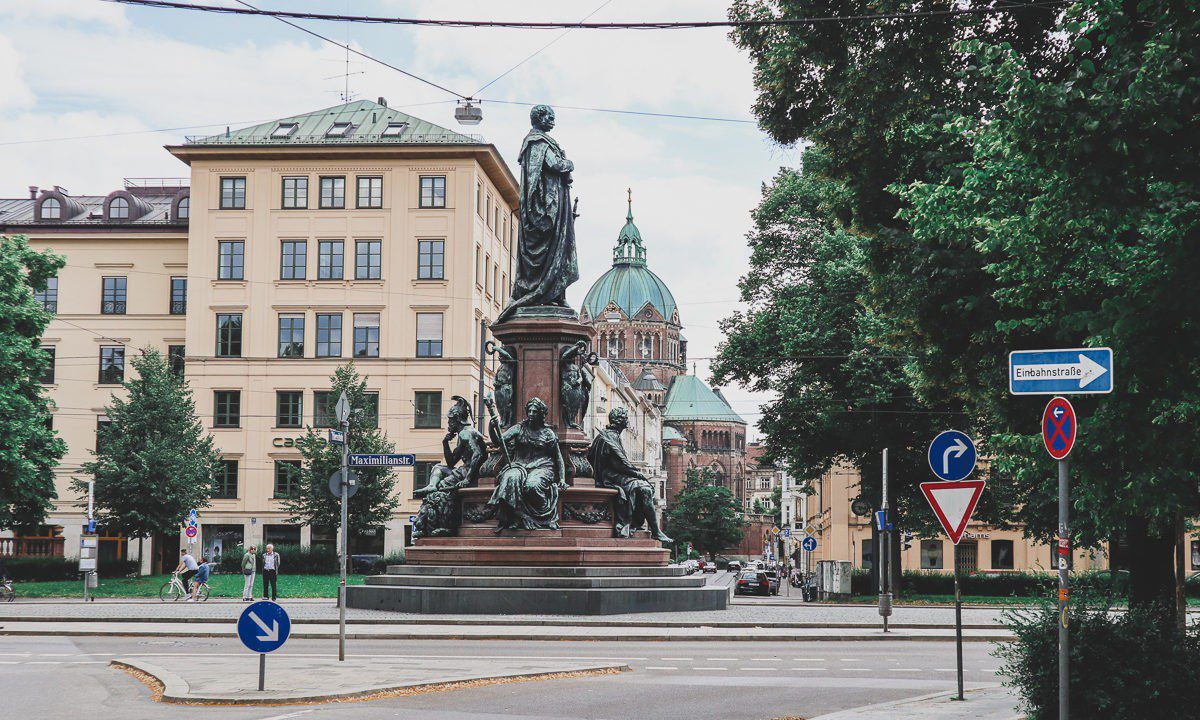 Walk along the Maximilianstraße, one out of four main city boulevards. 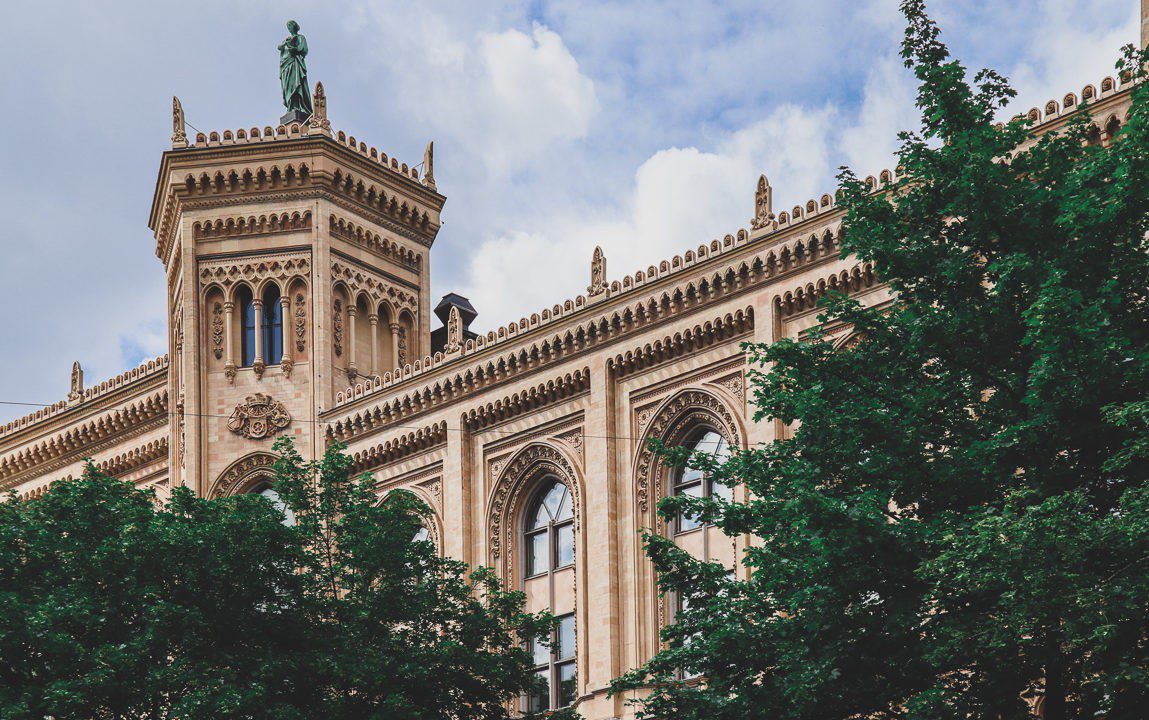 Enjoy its beautiful monuments such as Maxmonument, National Theatre and Regierung von Oberbayern.

The last but not the least unmissable attraction in Munich is the Nymphenburg Palace. 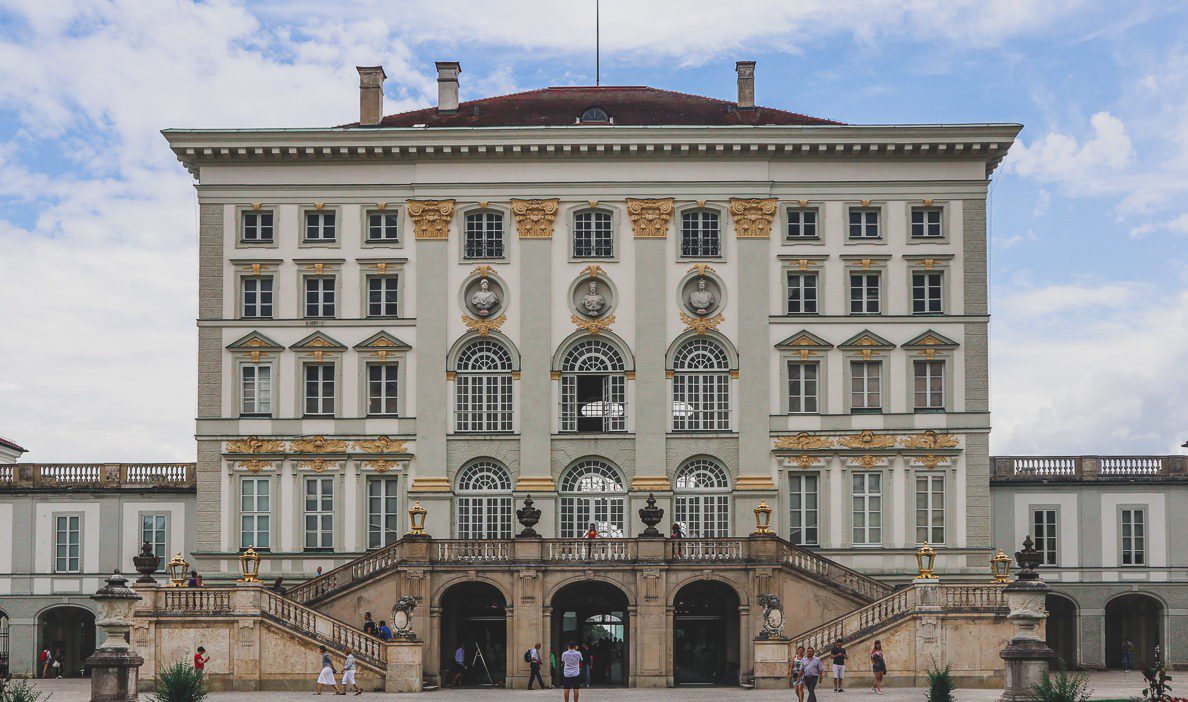 This Castle of Nymphs served as a summer residence of the Royal family. It’s a real architectural marvel with an unmistakably regal attitude! 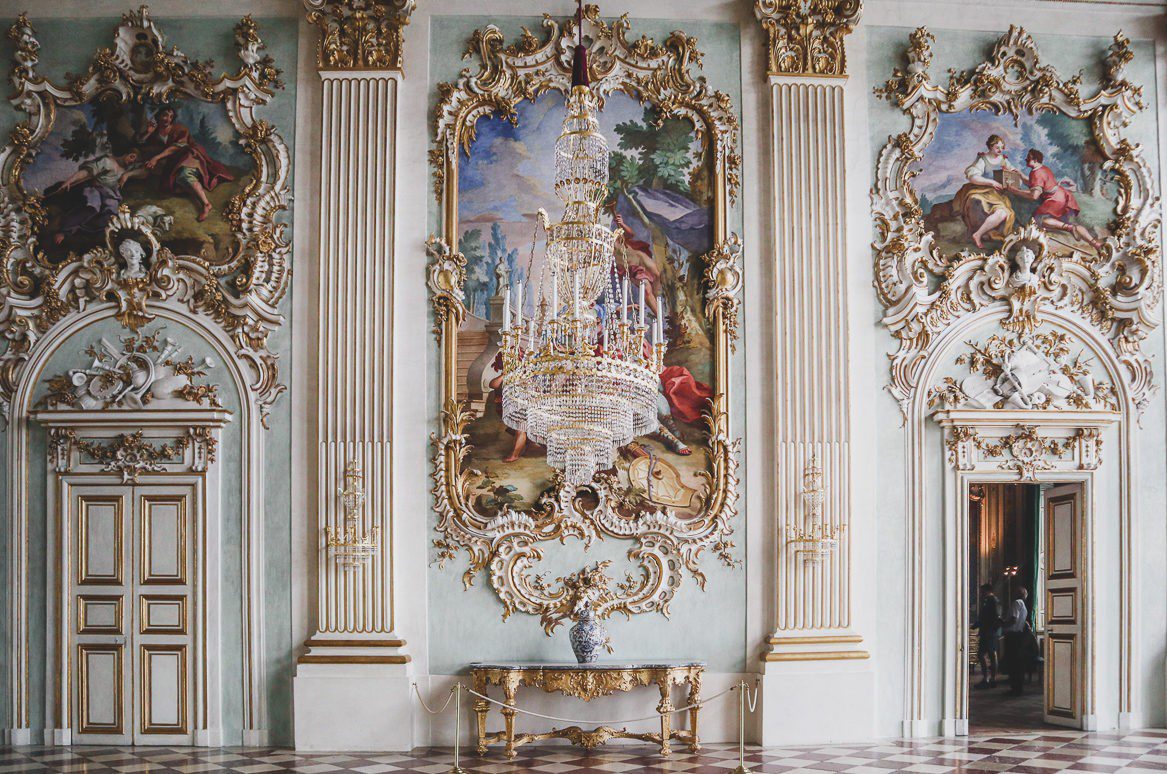 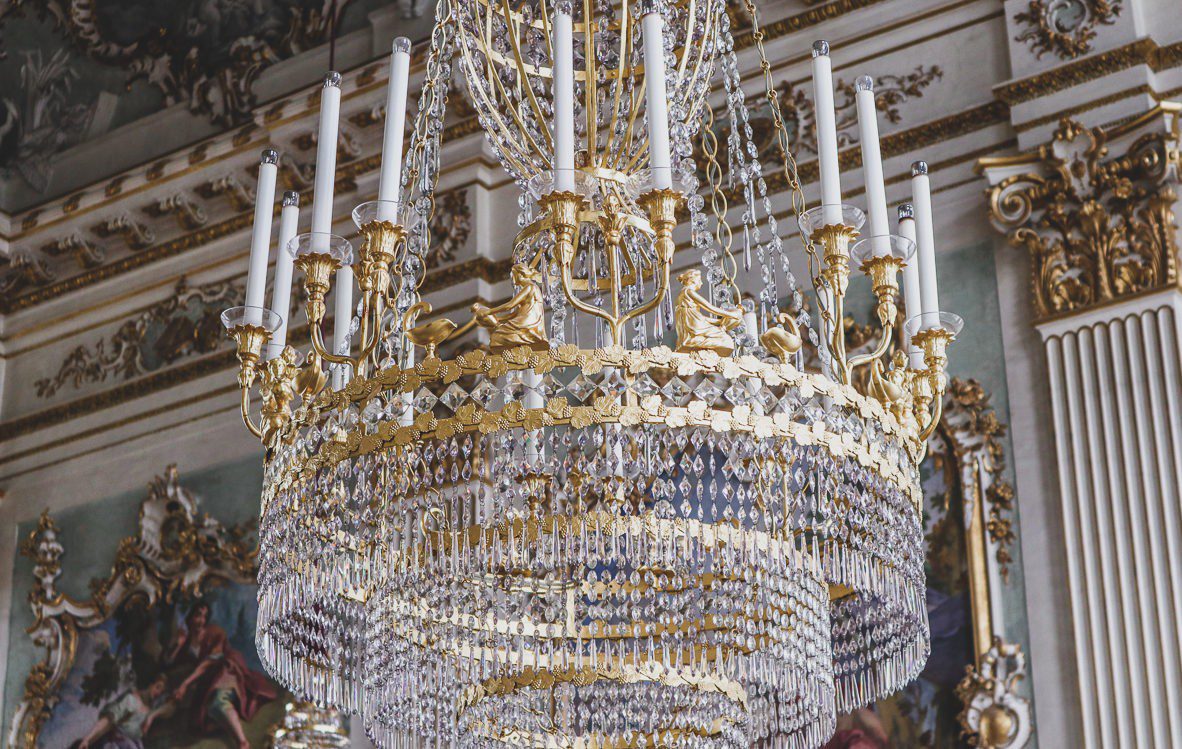 The Gallery of beauties (Schönheitengalerie) hosts 36 portraits of women from the noble and middle classes. It’s a real must-see if you appreciate the beauty of human beings!

If your schedule is tight, make sure you keep an eye on your watch as you can easily spend too much time exploring this 200-hectare park. 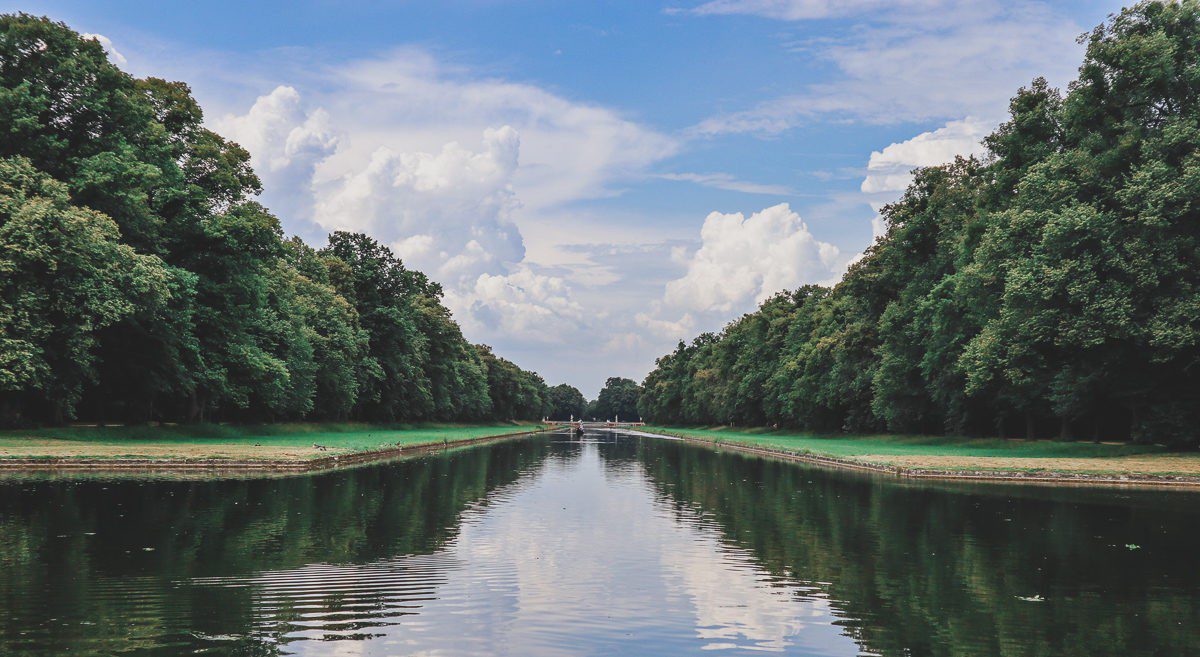 Four pavilions in the park –  Amalienburg, Badenburg, Pagodenburg and Magdalenenklause – are amazing! For instance, how pretty is this Magdalenenklause? It is intentionally made to look like as a ruin from the outside (it was in fashion that time) – who would’ve guessed that it’s artificial? It also hosts the moody Grotto Chapel of St. Mary Magdalene. 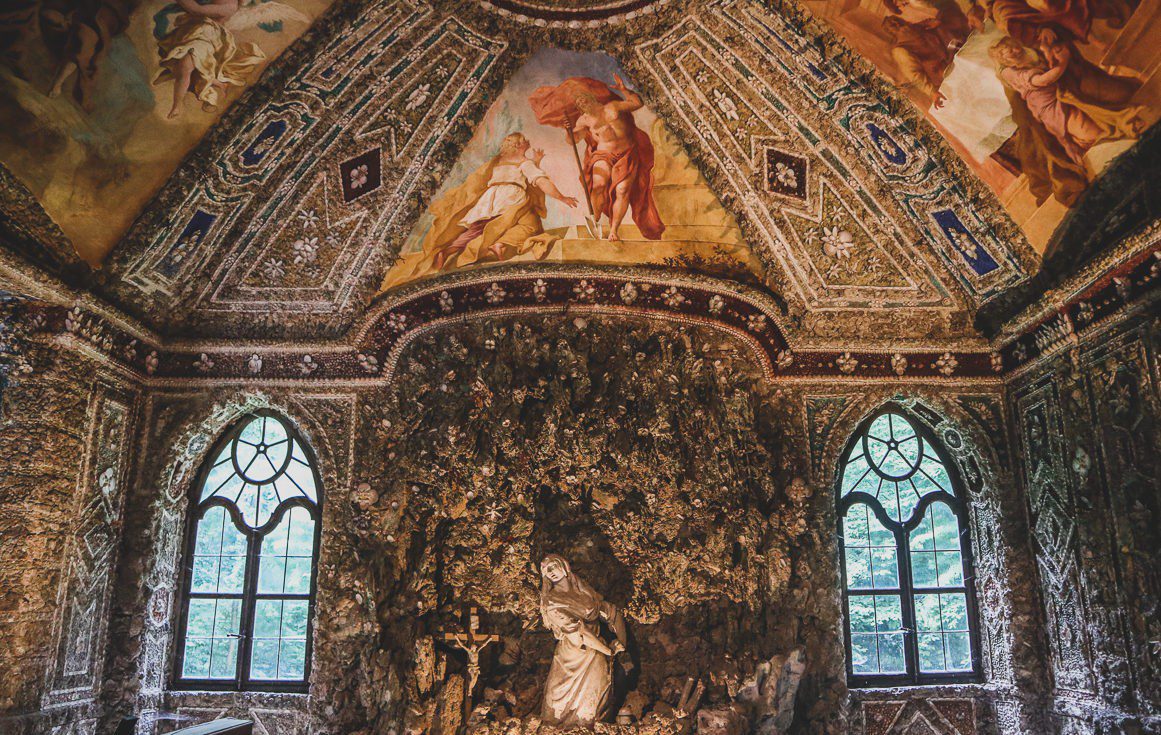 Tip: Gondola ride along the central park canal might also be of an interest to you. 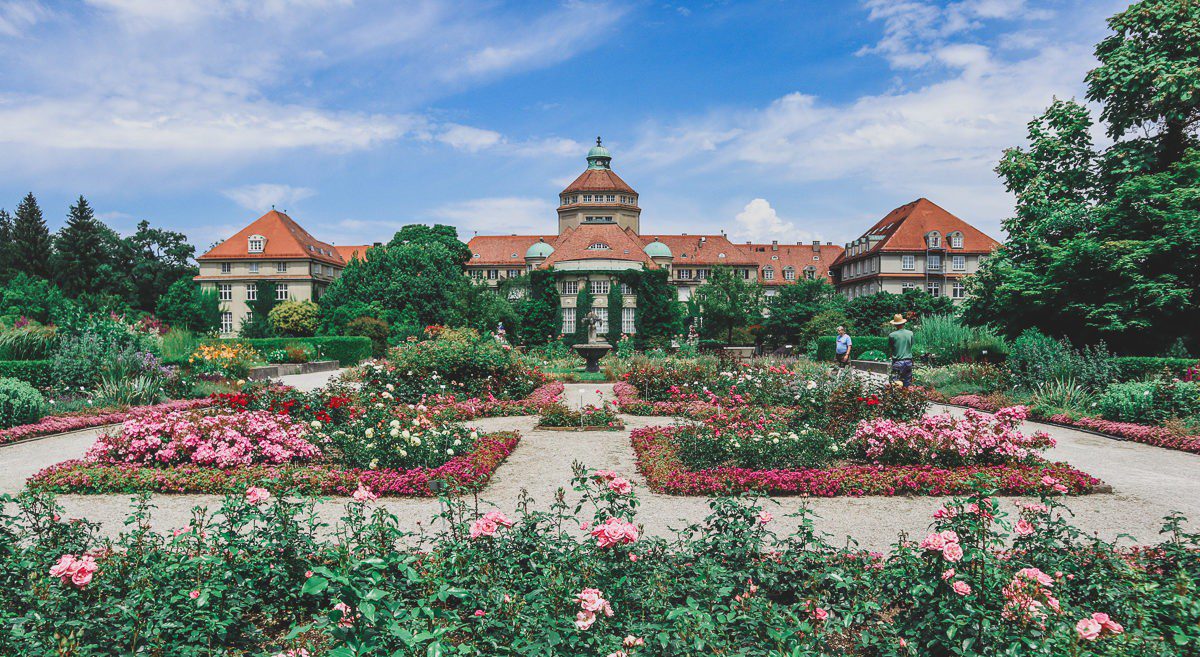 Munich Botanical Gardens are compact but still adorable and worth a visit. I believe they must be even prettier when the glasshouses reopens after the refurbishment! See the slides for the waterlilies! 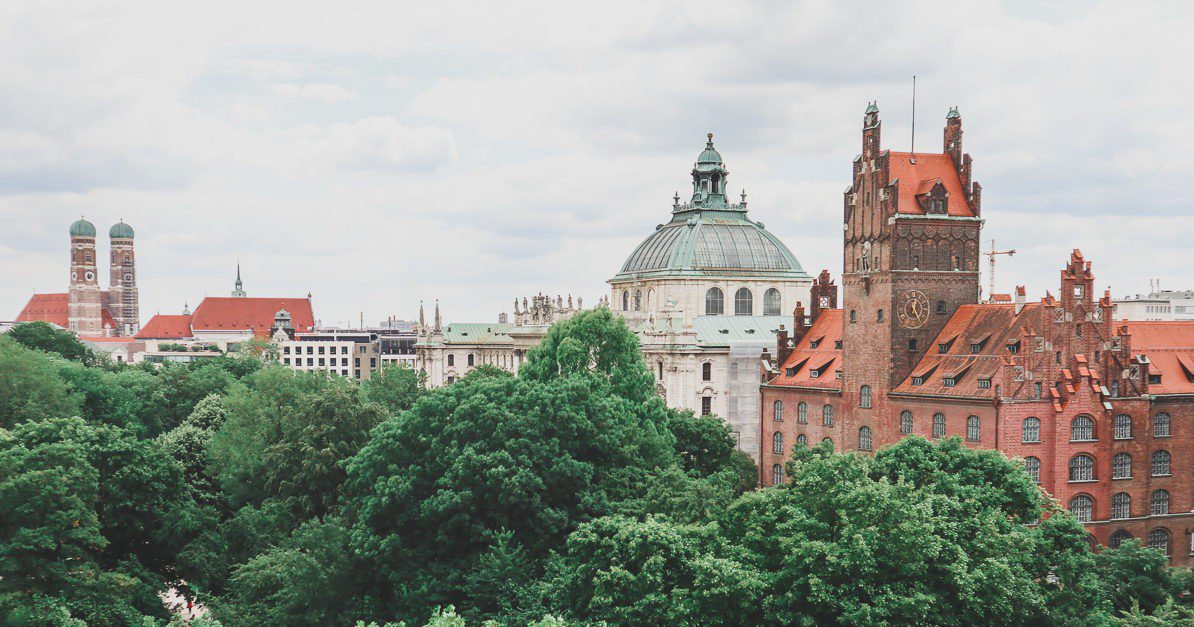 If you decide to spend a night in Munich – believe me, you won’t regret this decision, as this city deserves it! I’ve chosen to stay at the Charles Munich Rocco Forte hotel, one of 11 luxury hotels worldwide managed by the Rocco family. 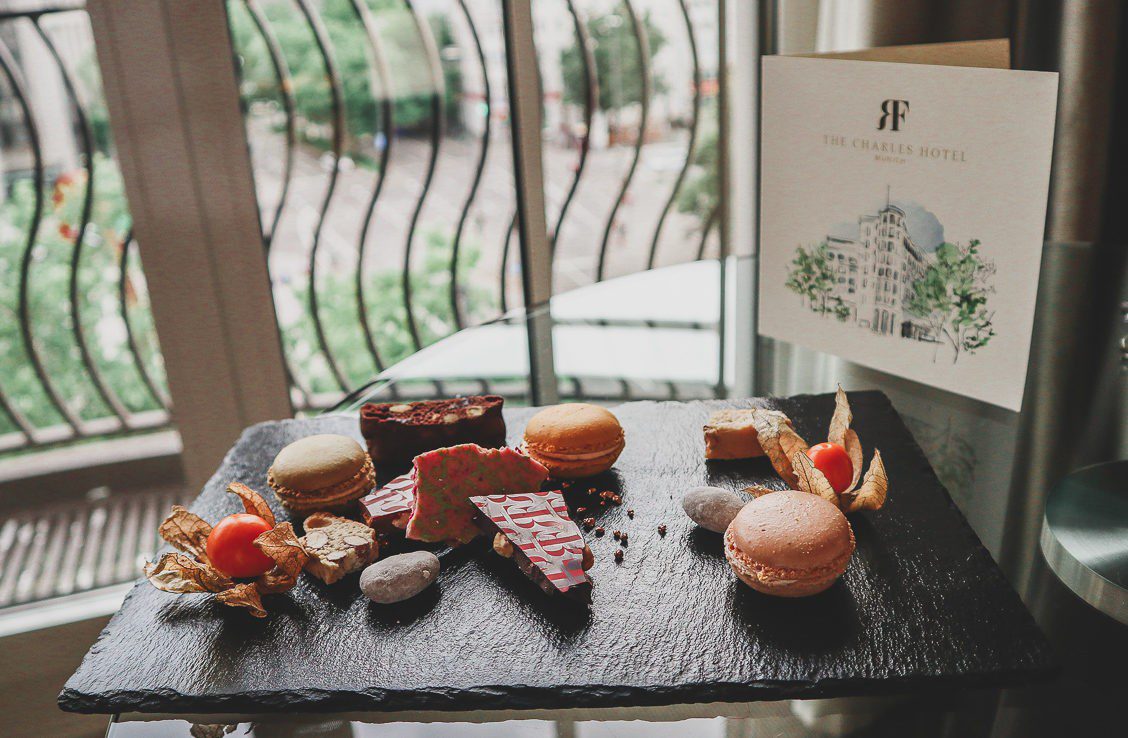 The location was very convenient for us: pretty close both to the city centre and to the Munich Central station. The views from rooms are astonishing, overlooking the Old Botanical gardens and Frauenkirche. 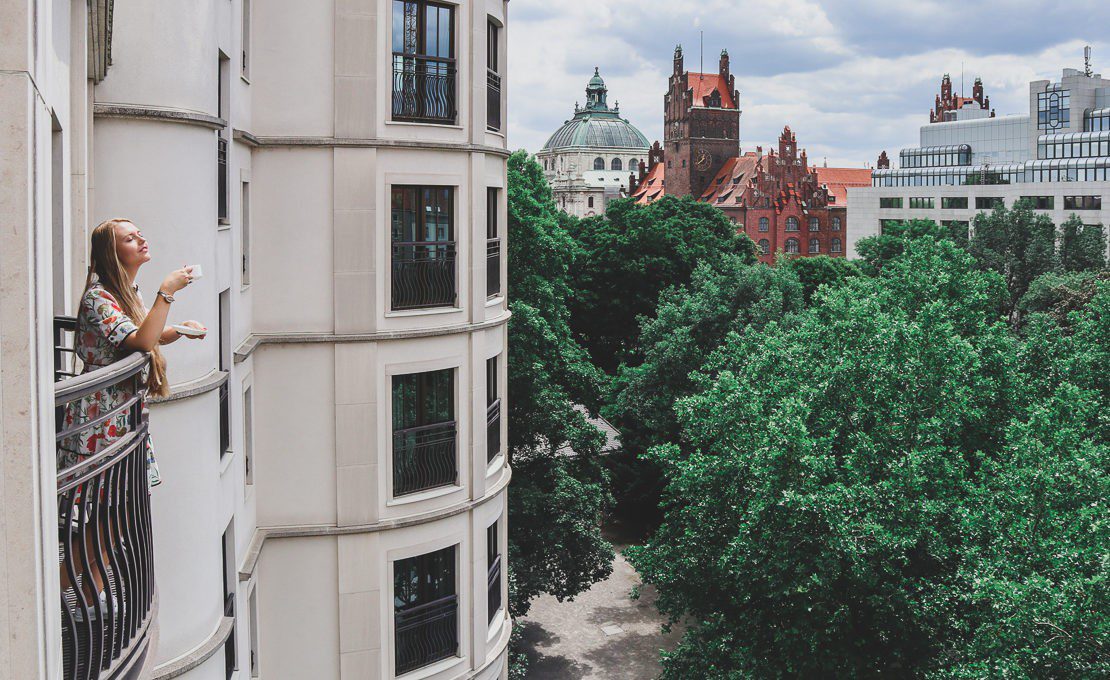 Unfortunately, I didn’t have a chance to use their SPA facilities. Nevertheless, it was impossible not to notice the quality of the their own skin and body care lines and nice decorations of the pool.
Breakfast is served in Sophia’s restaurant – and both the food choice and the interiors were really impressive.

I wish I could stay there for longer!

P.S.: Don’t forget to just wander along Munich as well, you won’t be disappointed! See the slides 🙂