One day in Brussels: guide

One day is too short for a trip to almost every big city Europe. Nevertheless, sometimes we are left with no choice but to squeeze a lot of things into a few hours. If it’s the case for you, check out my guide below! You will definitely nail it if you stay focused and ensure your vital supply of chocolate and waffles never runs low! 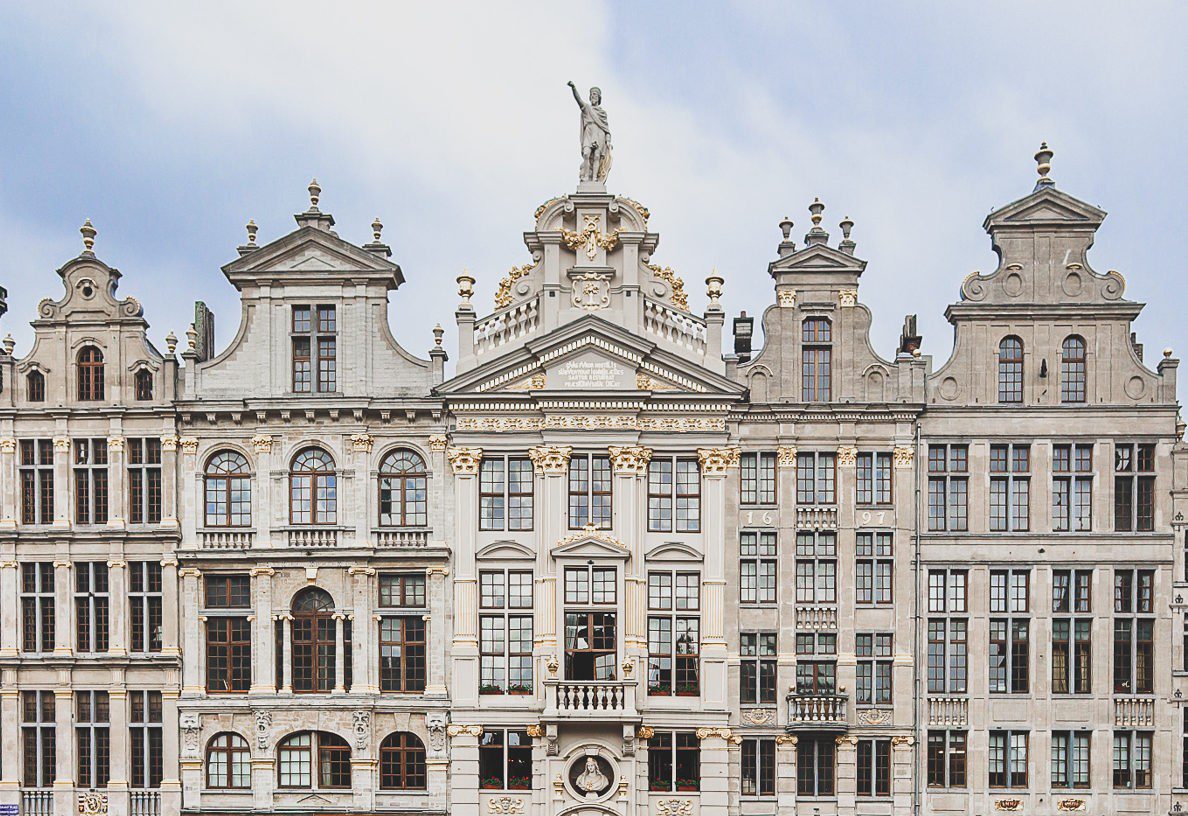 This epic square is one of the best known attractions in Brussels. The marketplace was located here since the 11th century and the history of buildings that are seen today can be traced back to the 15th century. 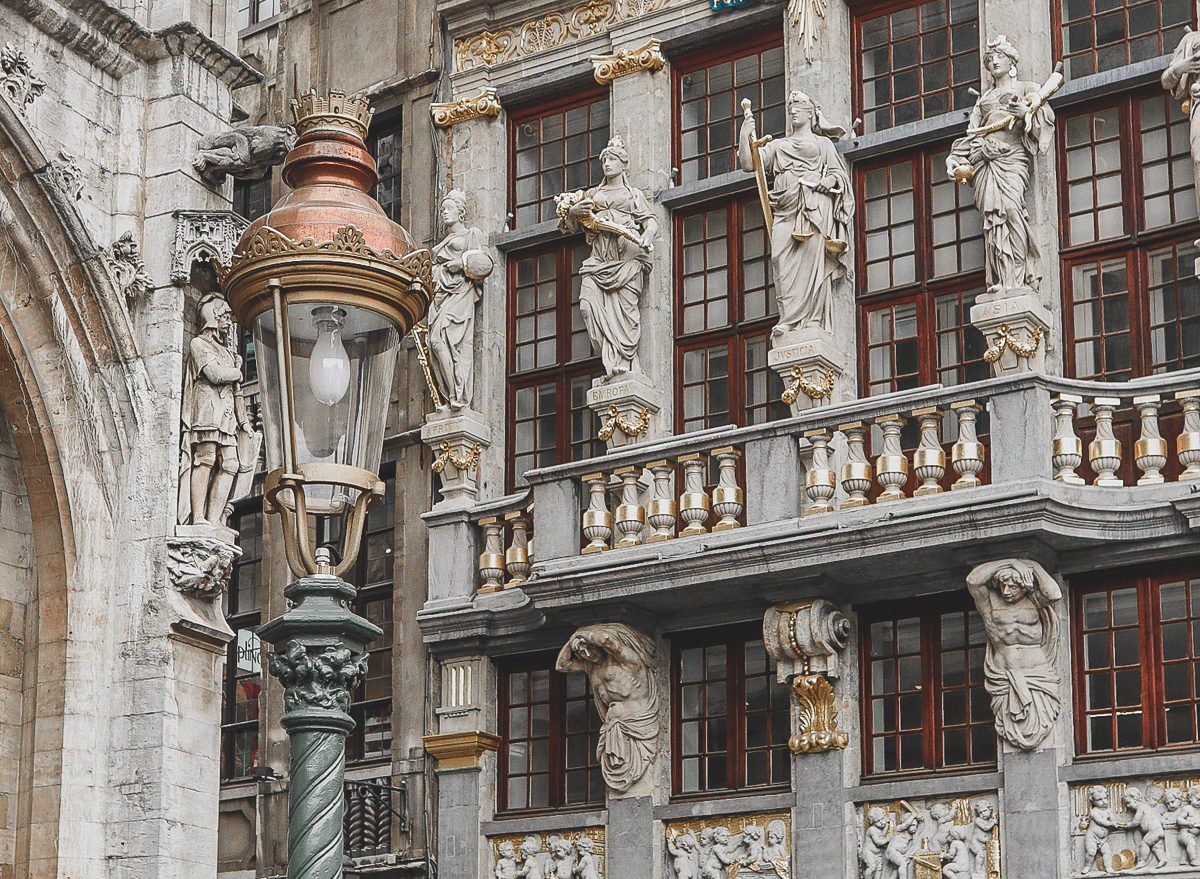 Today Grand Place is a splendid mixture of different architecture styles. No surprise that it’s listed as a UNESCO World Heritage Site. 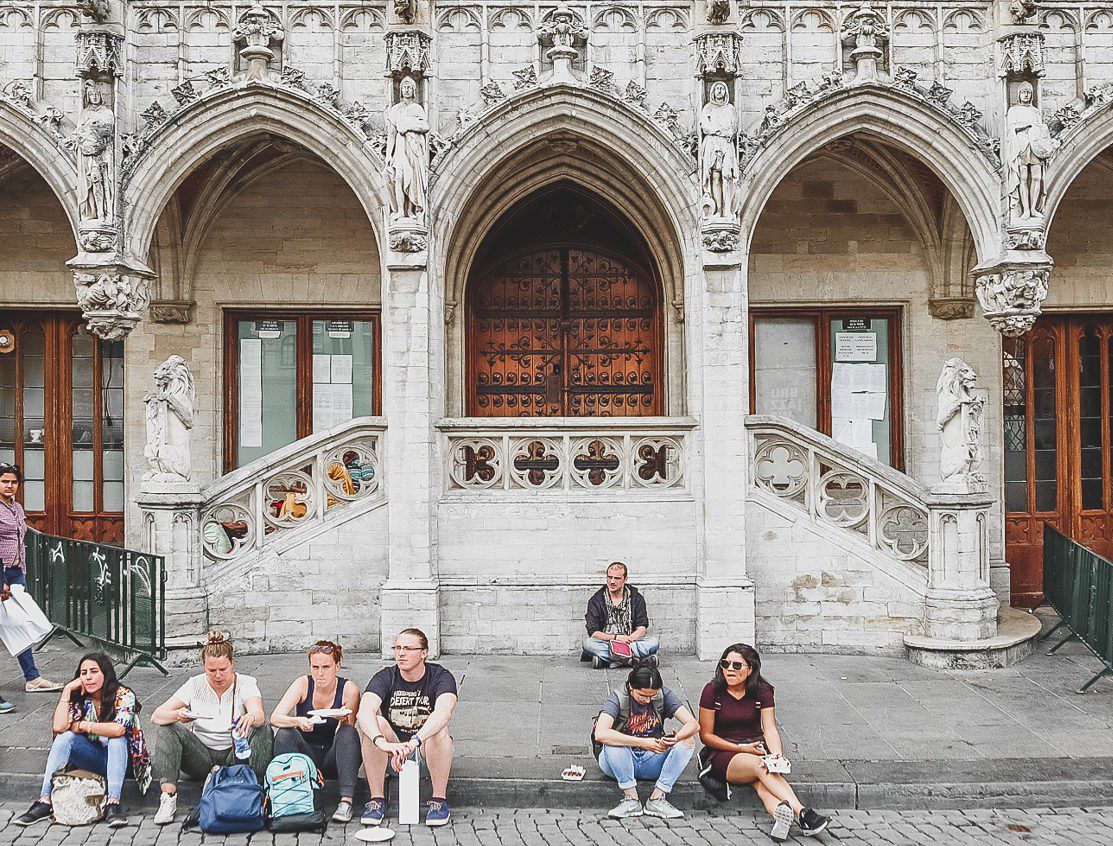 The construction of the Brussels Town Hall began in 1402 and its tower is almost 100 meters high. The Museum of the City of Brussels (previously known as The King’s House) is also located here.
Sleeping Knight is just around the corner – it’s dedicated to the famous Brussels resident Everard t’Serclaes who received a deadly strike nearby. The bronze monument sculpted by Julien Dillens is now abordaged by tourists who rub the statue’s limbs for good luck and wishing for their return to Brussels. 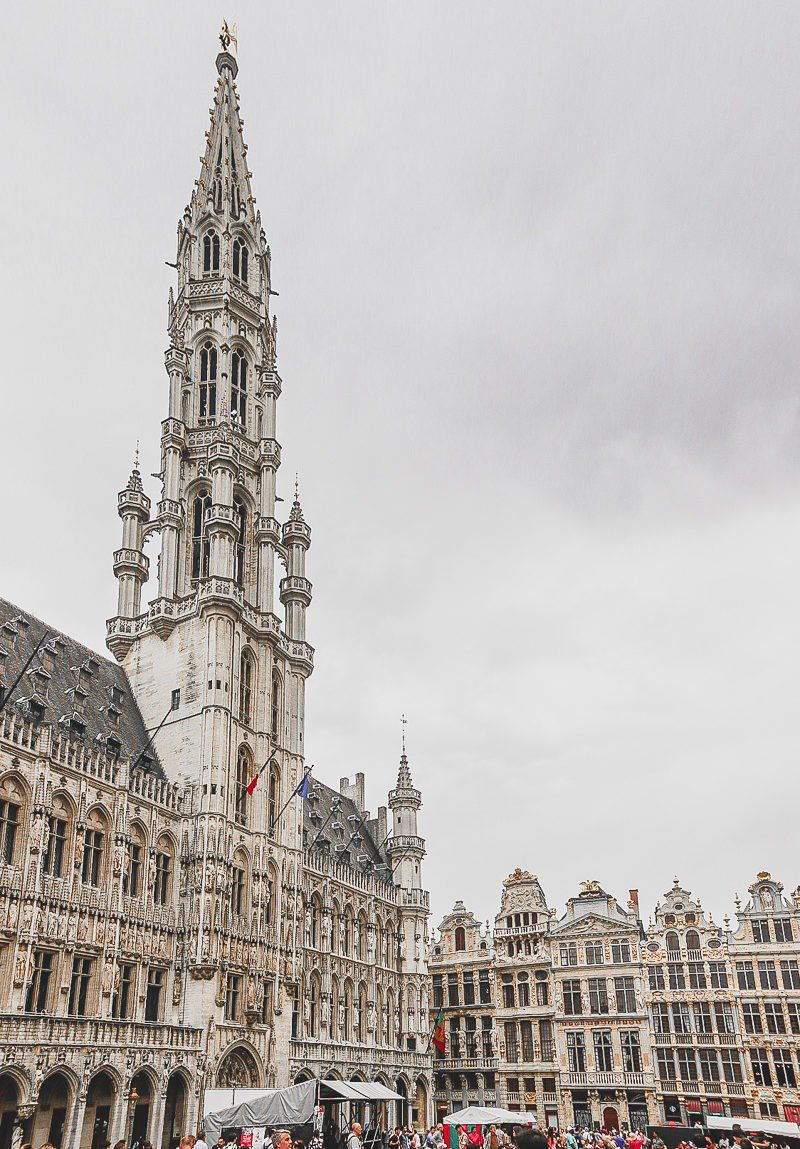 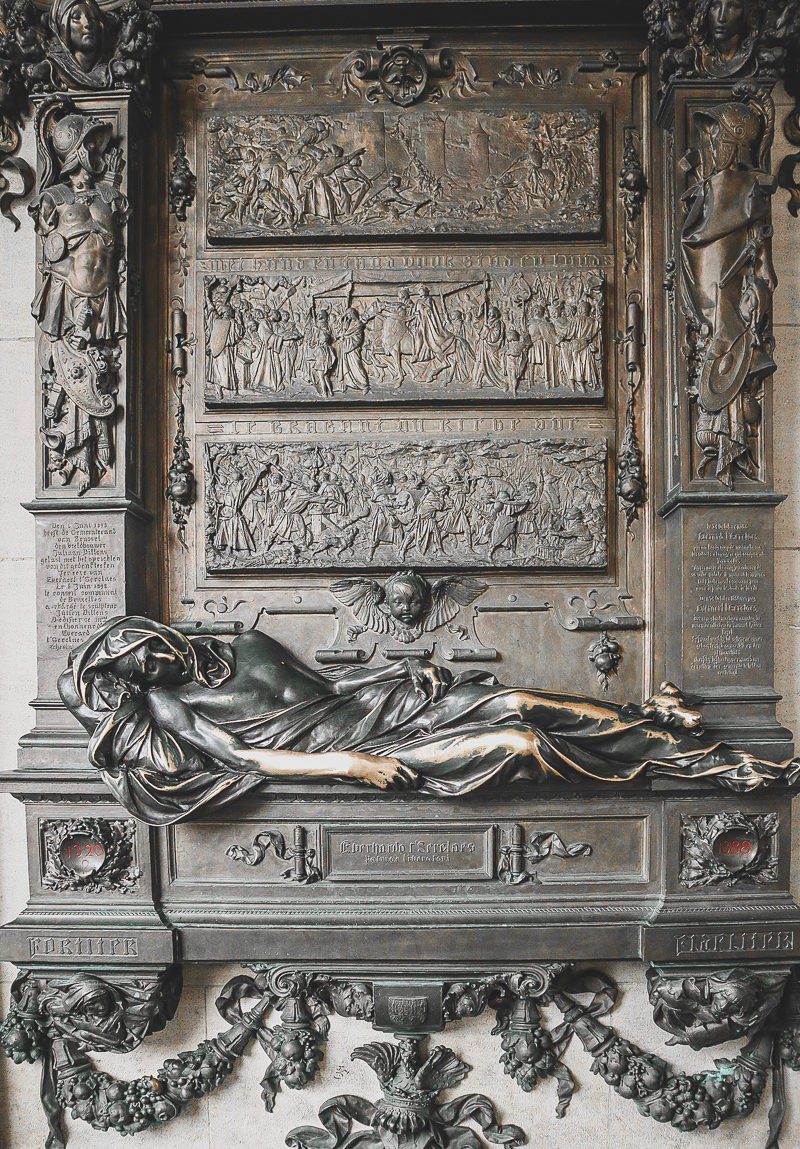 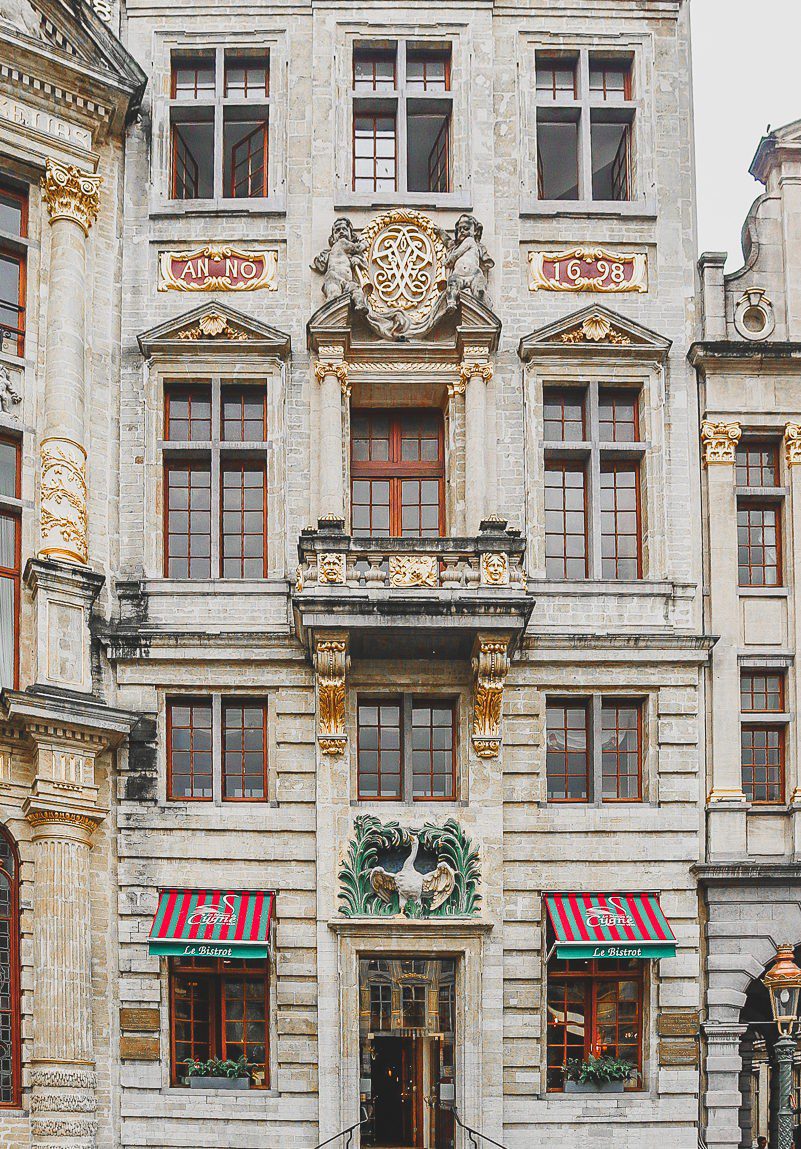 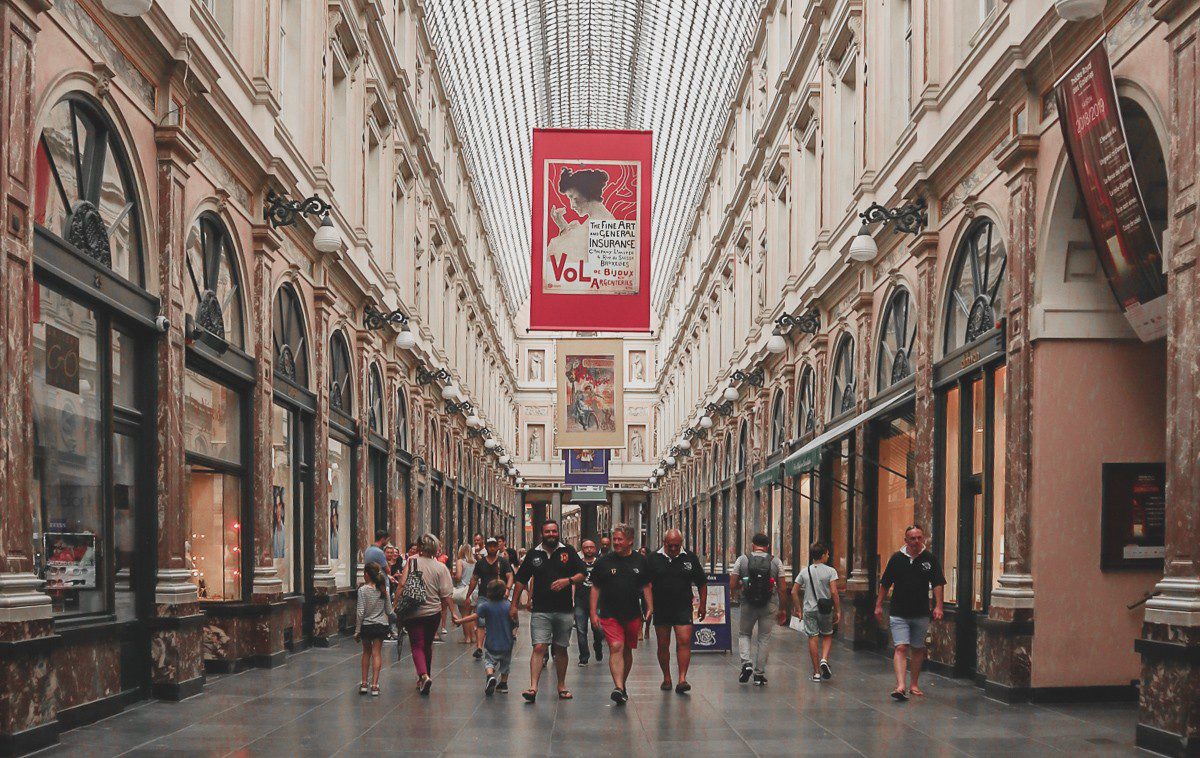 This mid-19th century glass-roofed shopping arcade is another touristic stop in Brussels. It consists of three interconnected sections: King’s, Quieen’s and Princes’ galleries. In my humble opinion, it’s not impressive to the scale of Galleria Vittorio Immanuele II in Milan or even Leadenhall Market in London, but still – you can find lots of shops here including many chocolateries that will definitely make you carve for something sweet. 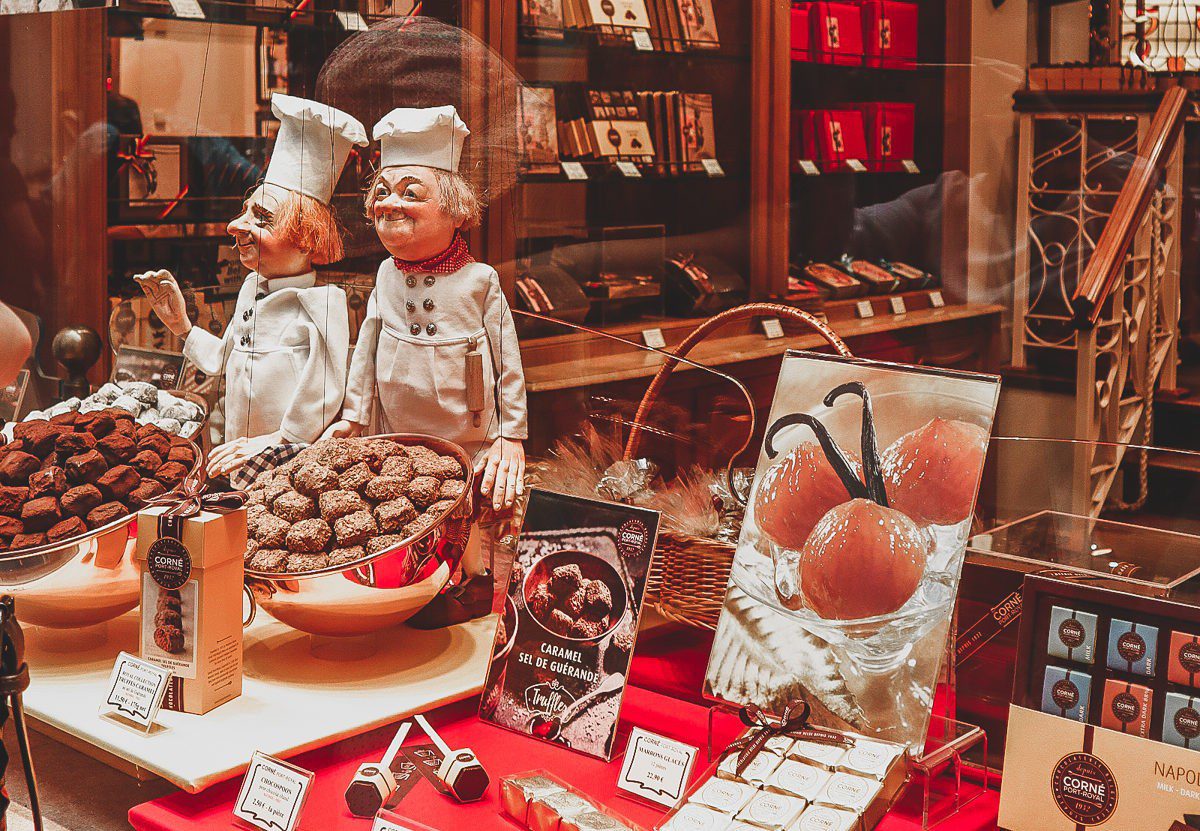 Interesting fact: Lumiere Brothers performed their public demonstarion of moving pictures (aka short films) here during their tour with the cinématographe in 1896! 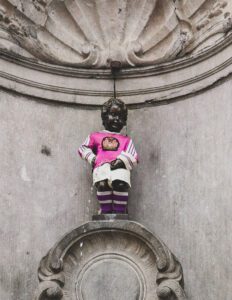 Think of Brussels – think of the peeing boy statue, isn’t it the first thing that springs in mind? In reality, it’s nothing more than a tiny bronze figure of a nasty boy peeing into the bassin with water. The current copy was proudly put on the postament in 1965 while the original figure produced by Hieronimus Duquesnoy the Eldest is now transferred to the Museum of Brussels.
This boy is into fashion and when not naked wears a lot of pretty cloths – on every special occasion! But even then he remains urinating 🙂
Interesting fact: if you fancy this topic, explore it to its fullest in Brussels and find the Peeing Girl (Jeanneke Pis) and the Peeing dog (Het Zinneke/Zinneke Pis) statues as well! 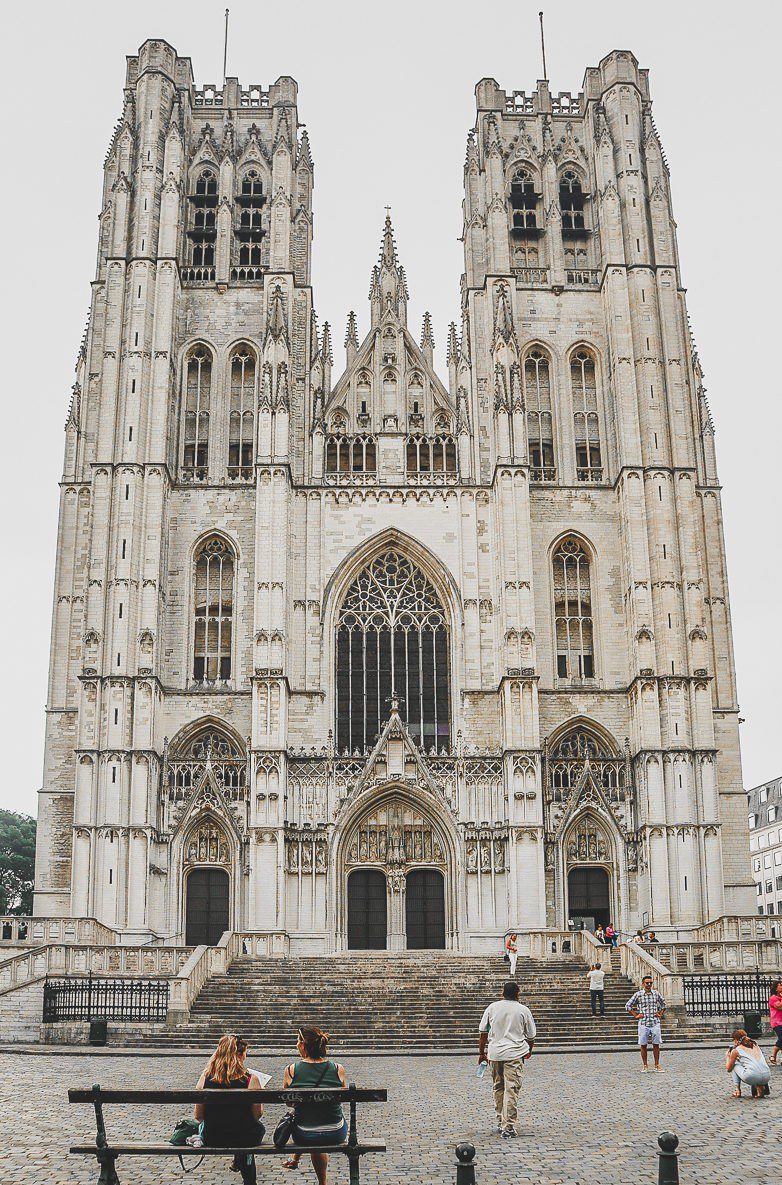 This cathedral is truly a piece of art. It took almost 300 years to construct and in early 16th century this splendid gothic building was already attracting people who gazed at it with praise and admiration. Now it’s one of the main Catholic Churches in the country and many imoirtant events are held in here.
Twice a month you can even climb one of the Cathedral towers – but you have to book tickets in advance!

The entrance to the Cathedral of St. Michael and St. Gudula is free. Please consider spending a couple of euros to have a chance to see its treasury as well – there are so many unique and precious pieces to see! Access to the romanesque crypt is by prior appointments only. 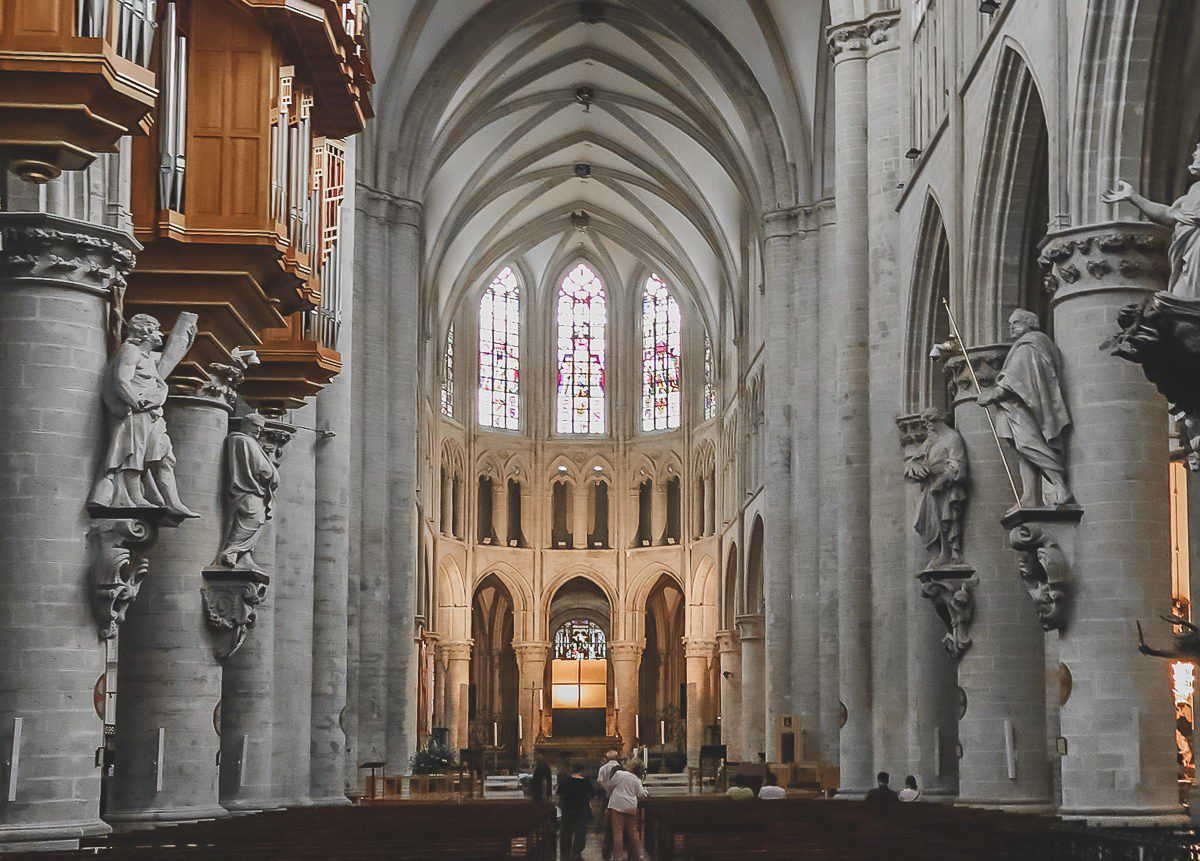 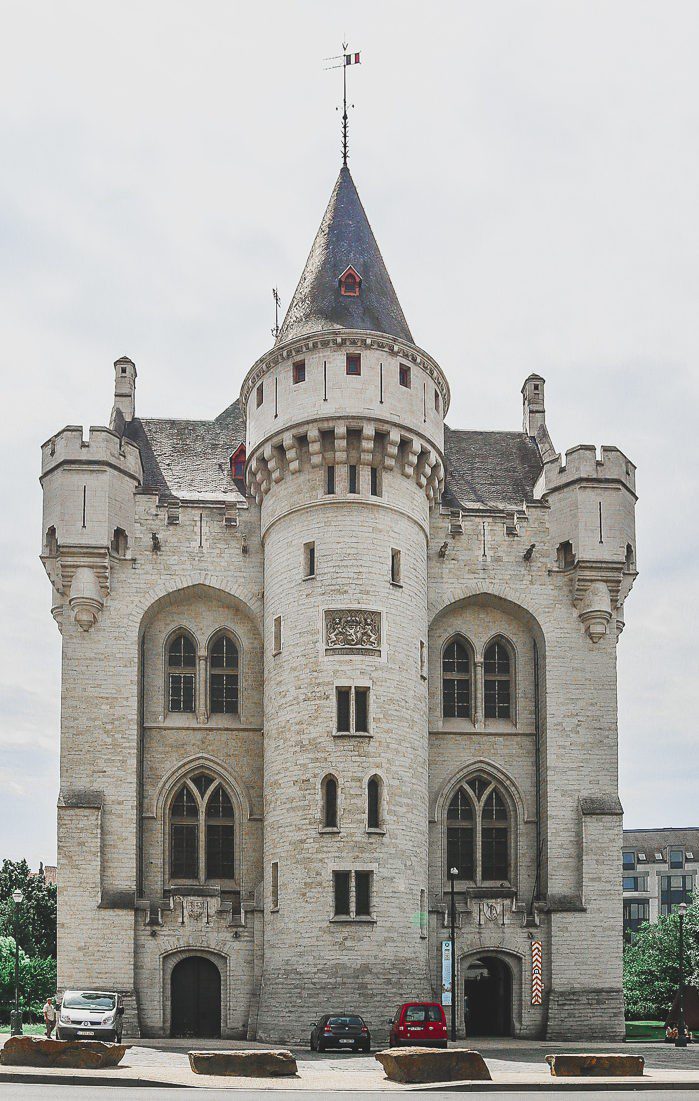 Looks like a fairytale castle, doesn’t it? But in reality, Halle gate is the only remaining part of the defensive medieval system known as City Second Walls that was erected in 14th century.
Halle Gate used to be one of the seven gates while other six were demolished as well as the the walls themselves.
Just imagine how monumental and impressive those fortifications must have been in their best days! Don’t forget to have a look around from the very top of the tower: the view is pretty! You can enjoy the panorama on the banner of this blog (if the letters of the title allow you).

Although since the medieval period the look of Halle Gate has changed a lot  it still survives. Now it hosts an art & history museum with some extra temporary exhibitions – for instance, during my visit the Dollhouses and everyday life exhibition took place. All the Instagram lovers will pay a special tribute to the spiral stair because it’s so pretty! 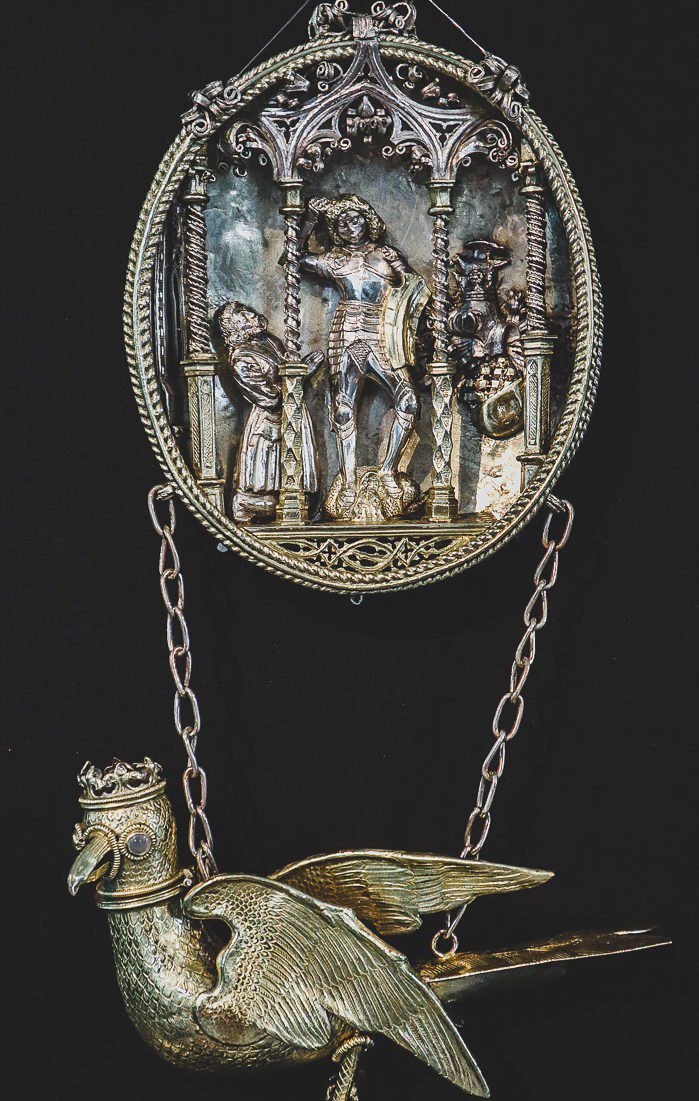 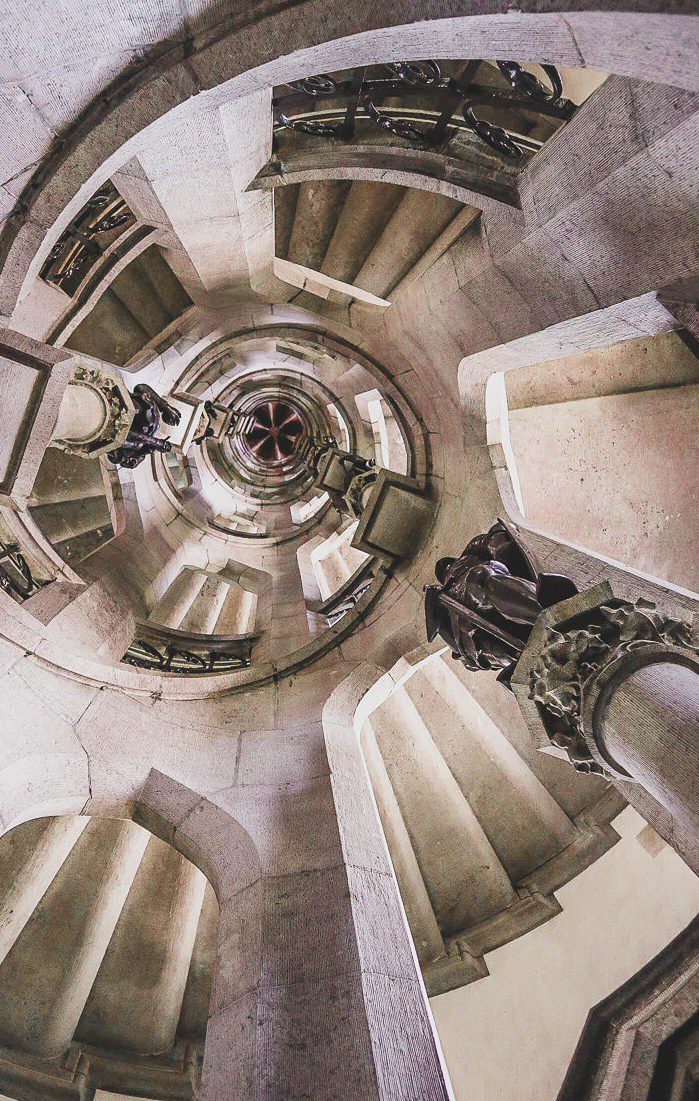 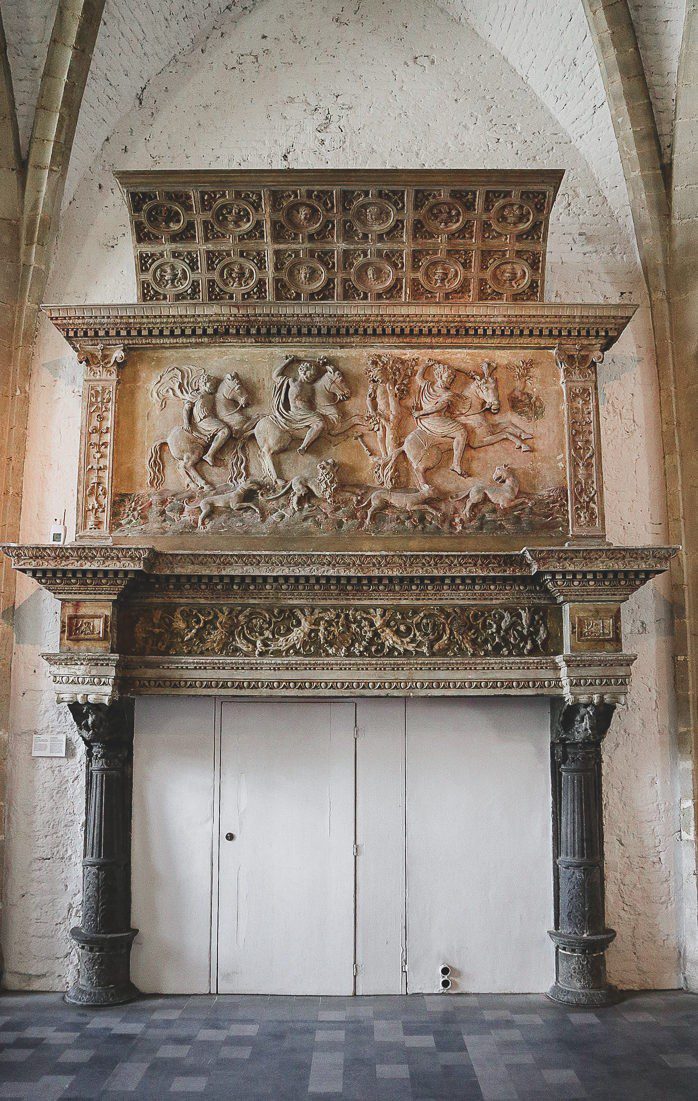 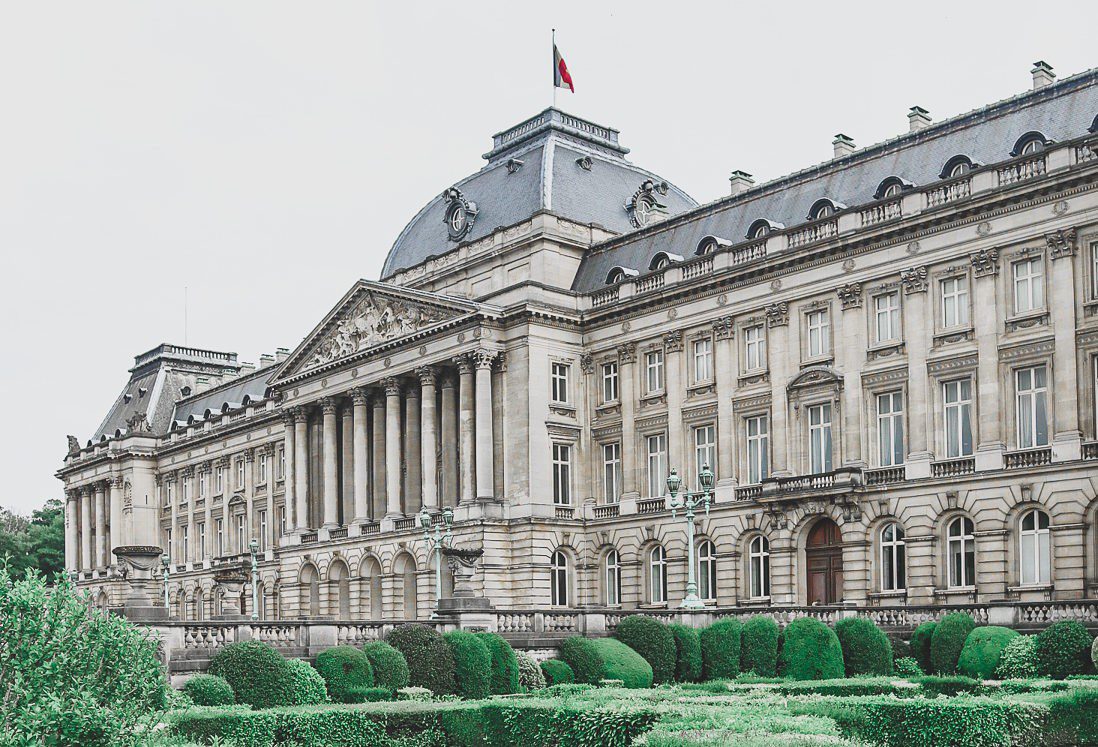 Place Royale is one of the most important squares in Brussels. Among the buildings on this square there are Royal Museum of Fine Arts of Belgium and Magritte Museum (I’m a big fan of him, and you?) – no explanations needed why they are worth a visit if you have some spare time. 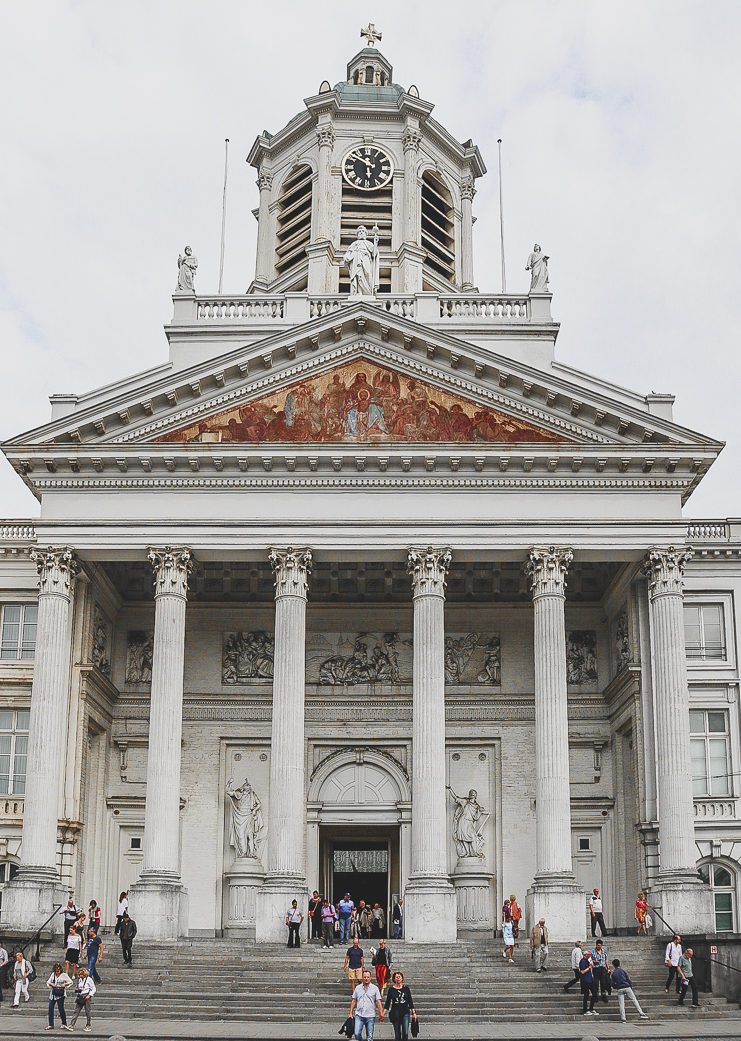 One of the main spots here is a neoclassical – well, it used to be neoclassical, now I would call it a neoclassical one with some fantasy – the 18th century Saint Jacques – sur – Coudenberg church. You won’t miss it – it clearly dominates the square. If the name of the square hints you to some royal presence you’re not mistaken.

The Royal Palace (just one photo up) is adjacent to Place Royale. It is currently actively used by the Royal family although the royals live at the Castle of Laeken near Brussels. Unfortunately, we didn’t have a change to have an insider look at its gorgeous rooms.
Royal Park, or the Brussels Park, right in front of it was the first ever public park in Brussels. Now it’s a nice place for a stroll among the fontains or for a snack – there are several cafes inside.

Interesing fact (or just a fact :)) : The facade of Royal Palace of Brussels is much bigger than Buckingham Palace in London, even though the palace itself is less than half the size of its British counterpart! 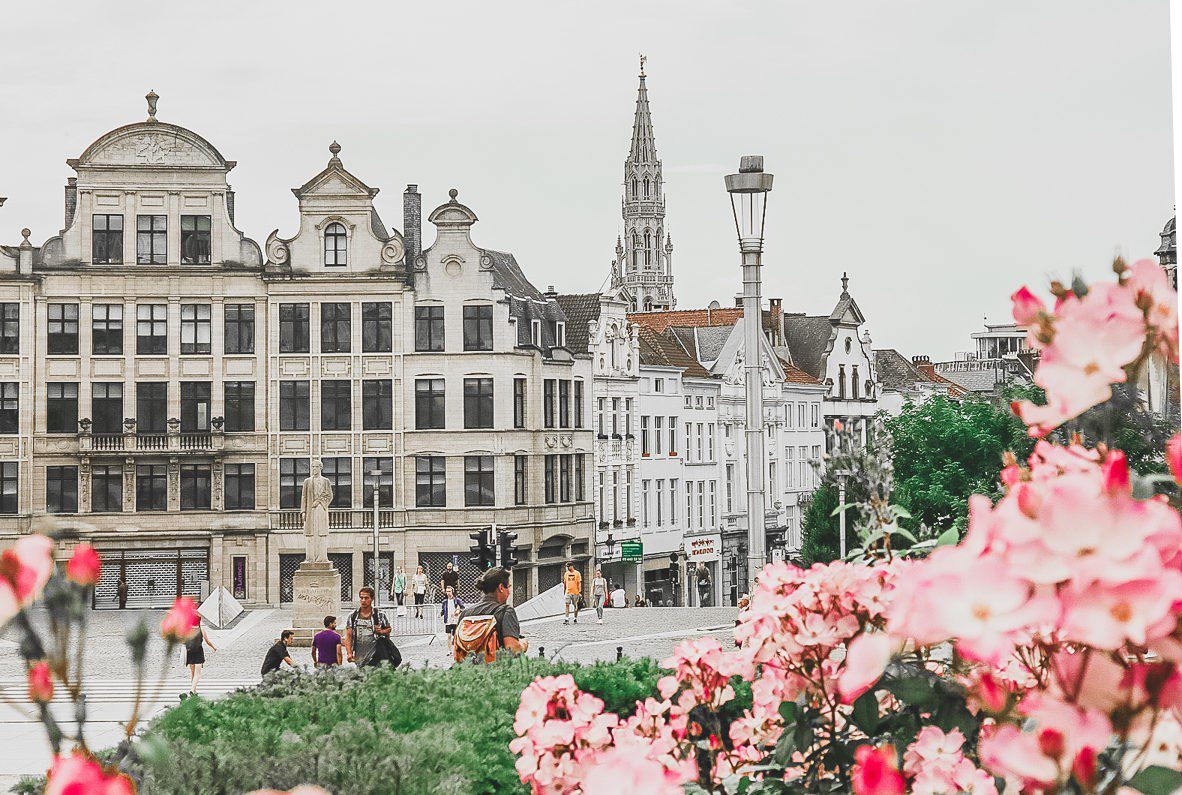 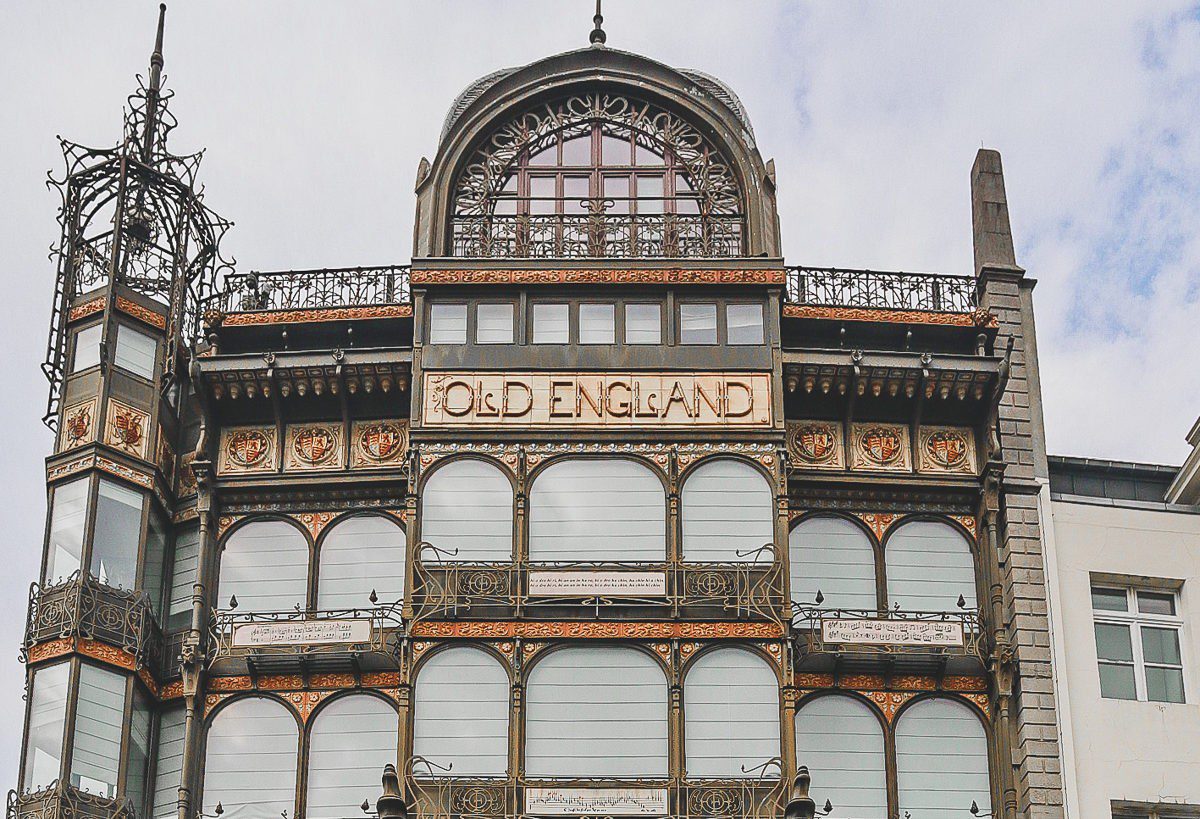 Btw, if you walk from the place Royale to the Place Grande through Mont Des Arts, don’t miss another Art Deco gem – the Musical Instruments Museum.

If you still have some time left… 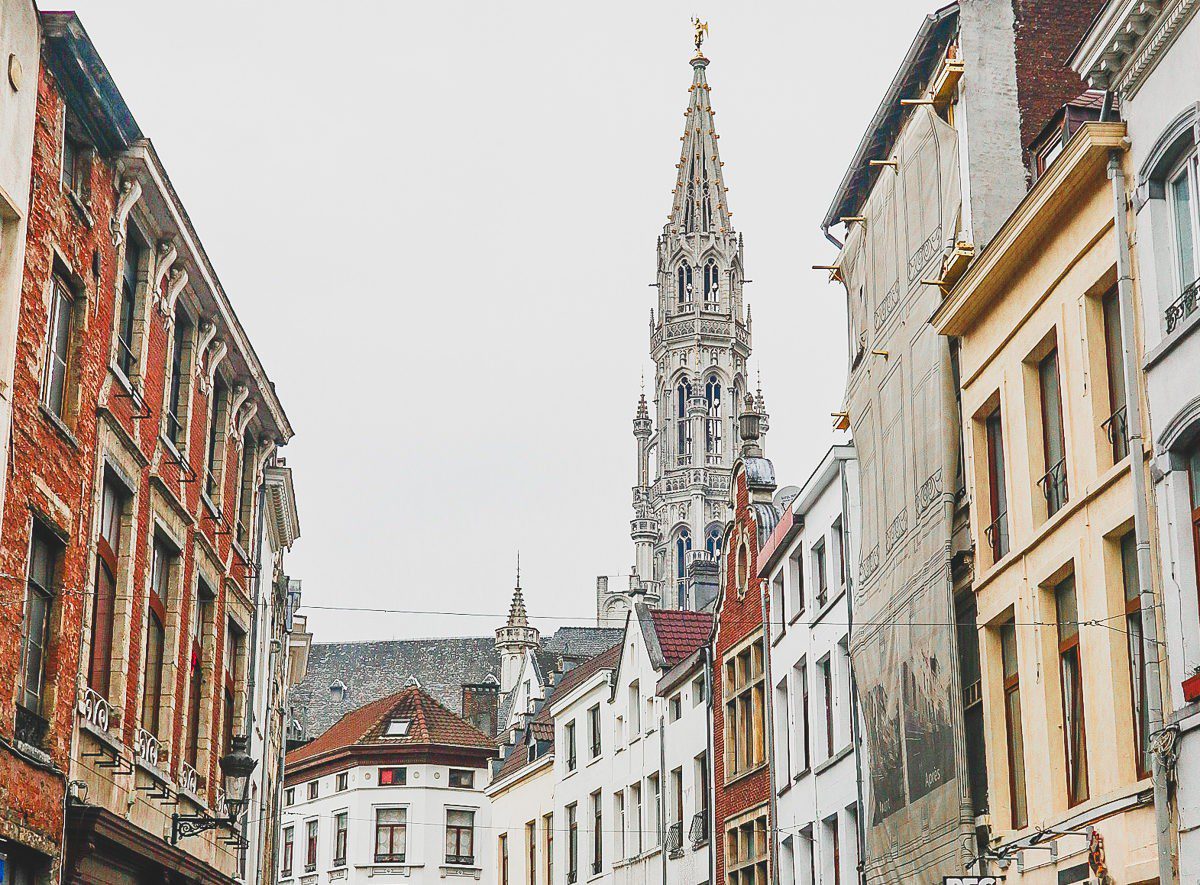 If you still have a few hours left in Brussels, you can pay a visit to

Atomium, a legendary building in the shape of an atom (you can see it in the middle of the panorama below – somewhere closer to the horyzont 🙂 ) 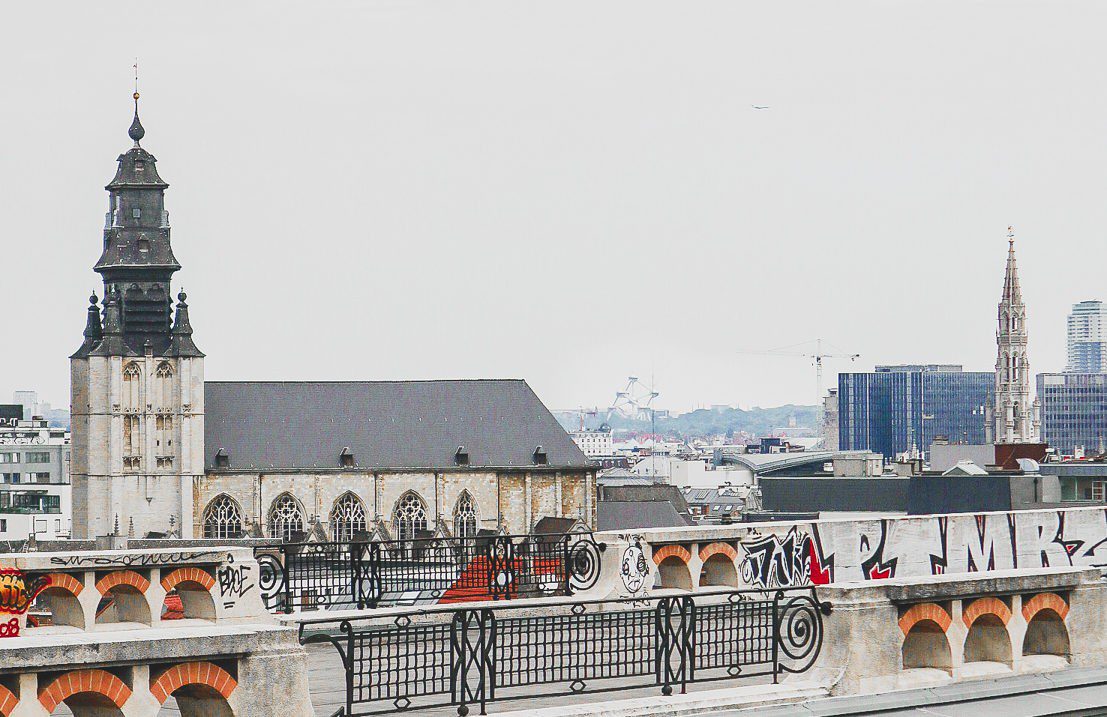 Art-Deco Basilica of the Sacred heart

Cinquantenaire, a beautiful park with a triumphal arch

Palais de Justice – for all the architecture lovers, the biggest law court in the world! Unfortunately for me, during my trip this stunning eclectic building was partly covered with scaffoldings. 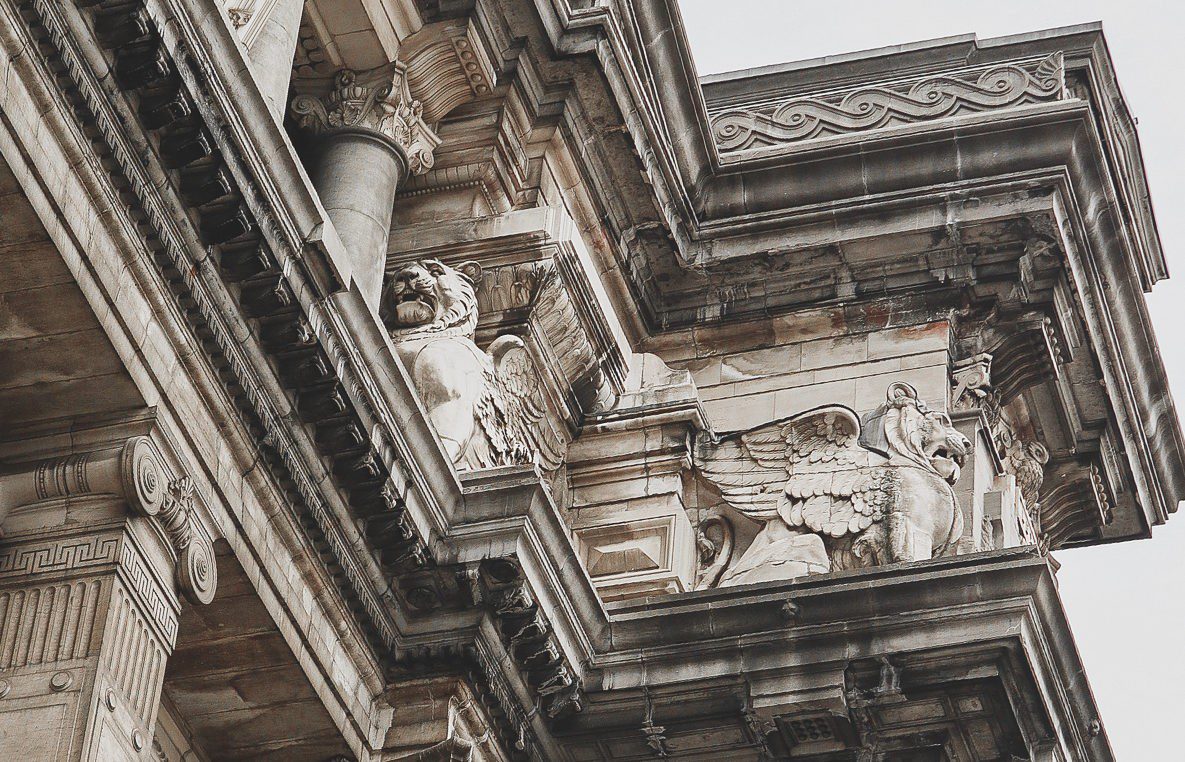 Don’t forget just to walk along the streets of Brussels. Although you might find it littered sometimes, they are still impressive! And of course, the best chocolate in the world is waiting for you in Piere Marcolini, Neuhaus, Wittamer, or Godiva! 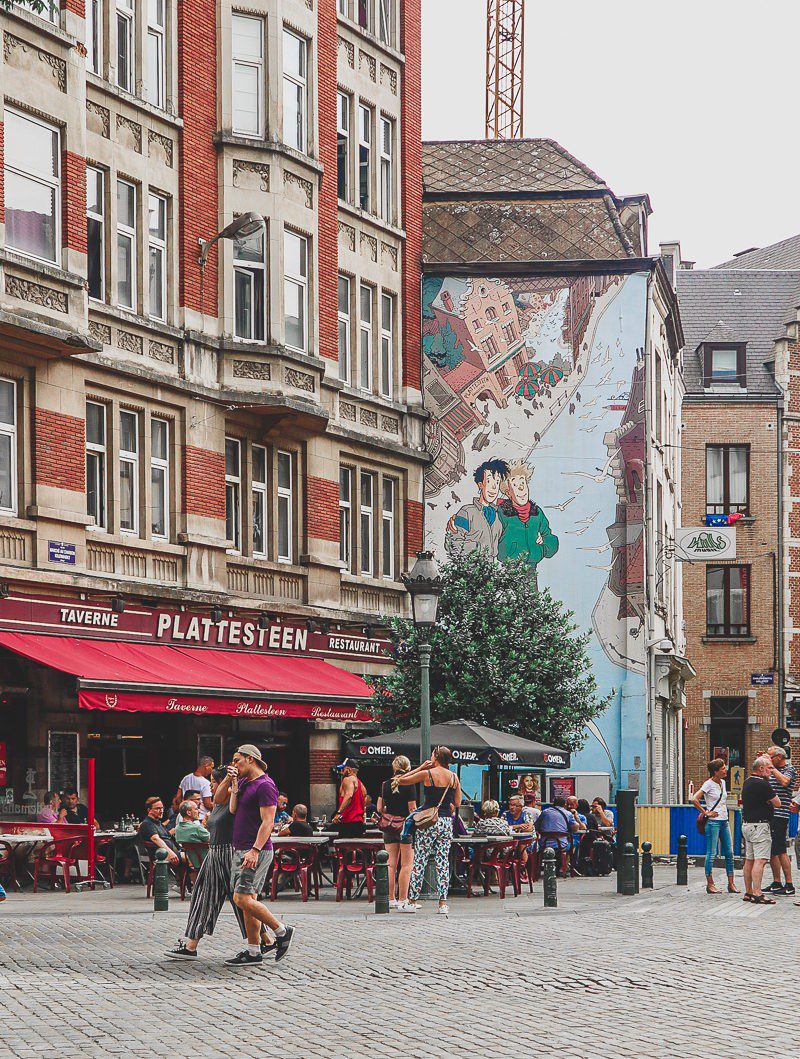 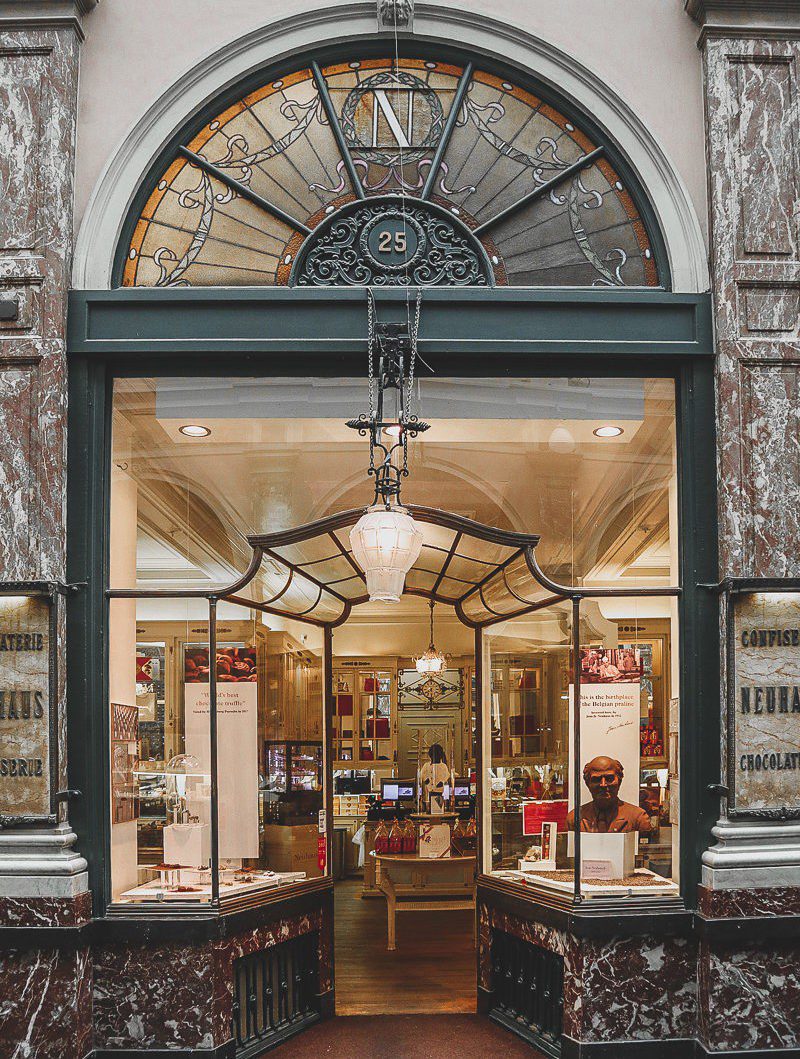 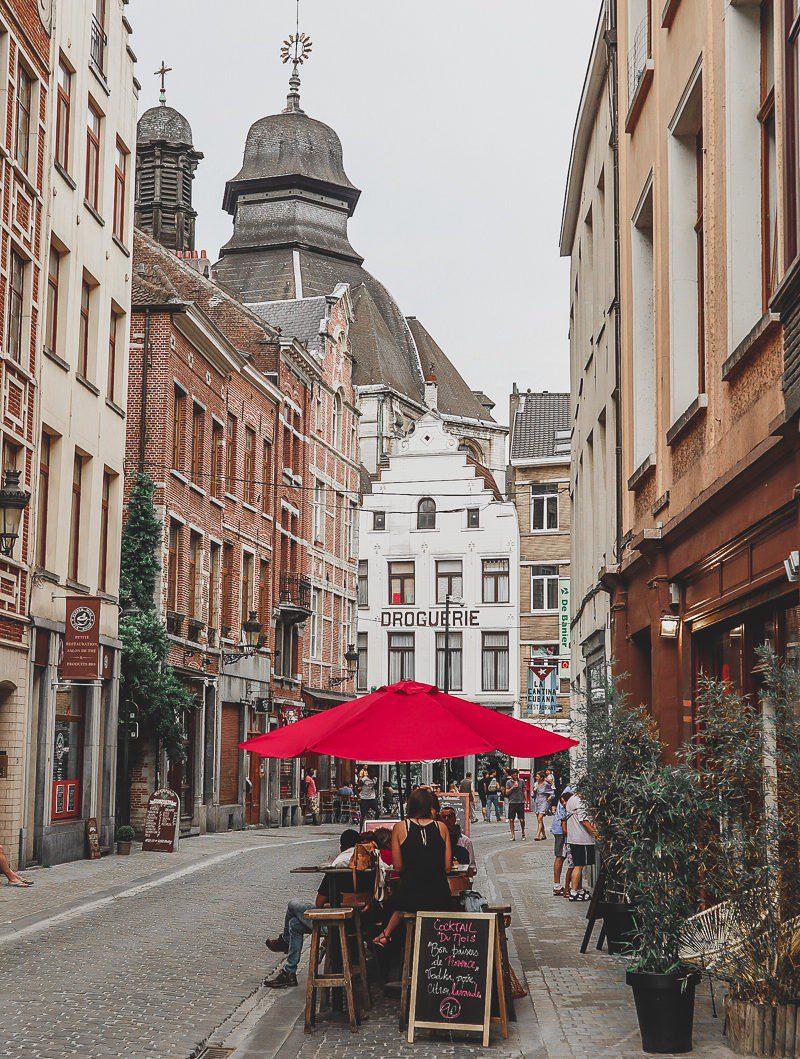 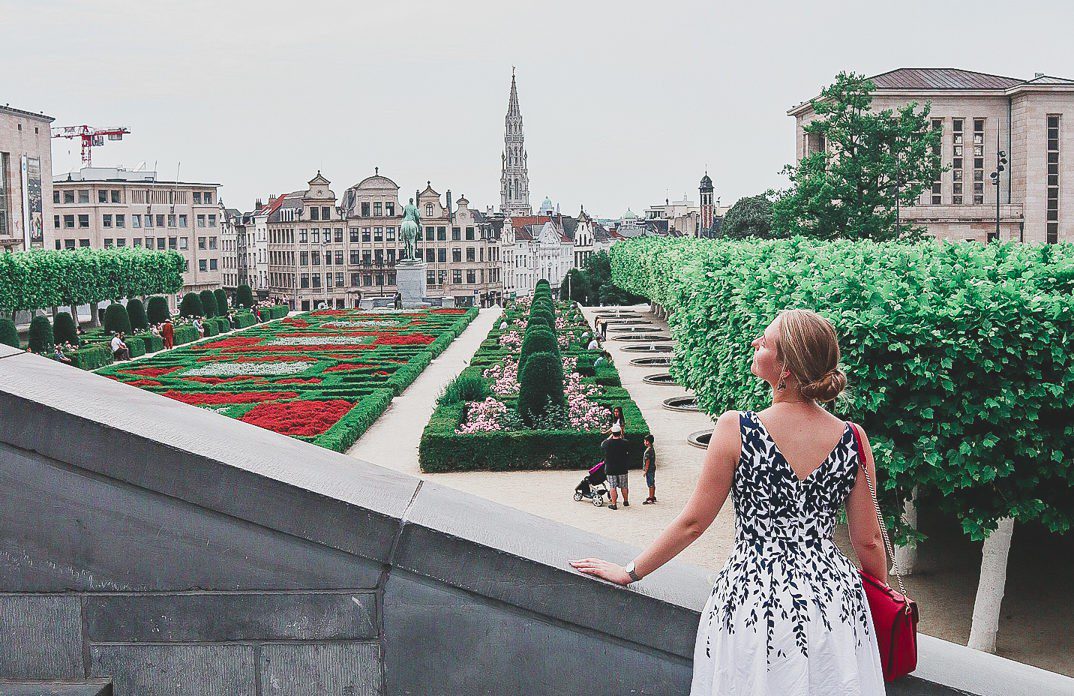