Explore Oxford it in 1 day

When you’re visiting the UK and thinking about day trips from London, Oxford would always pop up as one of the most likely destinations.

And there is nothing surprising in that: world-famous university, Alma Mater of kings, politicians, and writers, architectural gem – and only in about an hour’s trip from London. Totally a win-win!

Sadly, you cannot walk in freely everywhere so keep an eye for special tours! Scroll down on what to see there in one day! 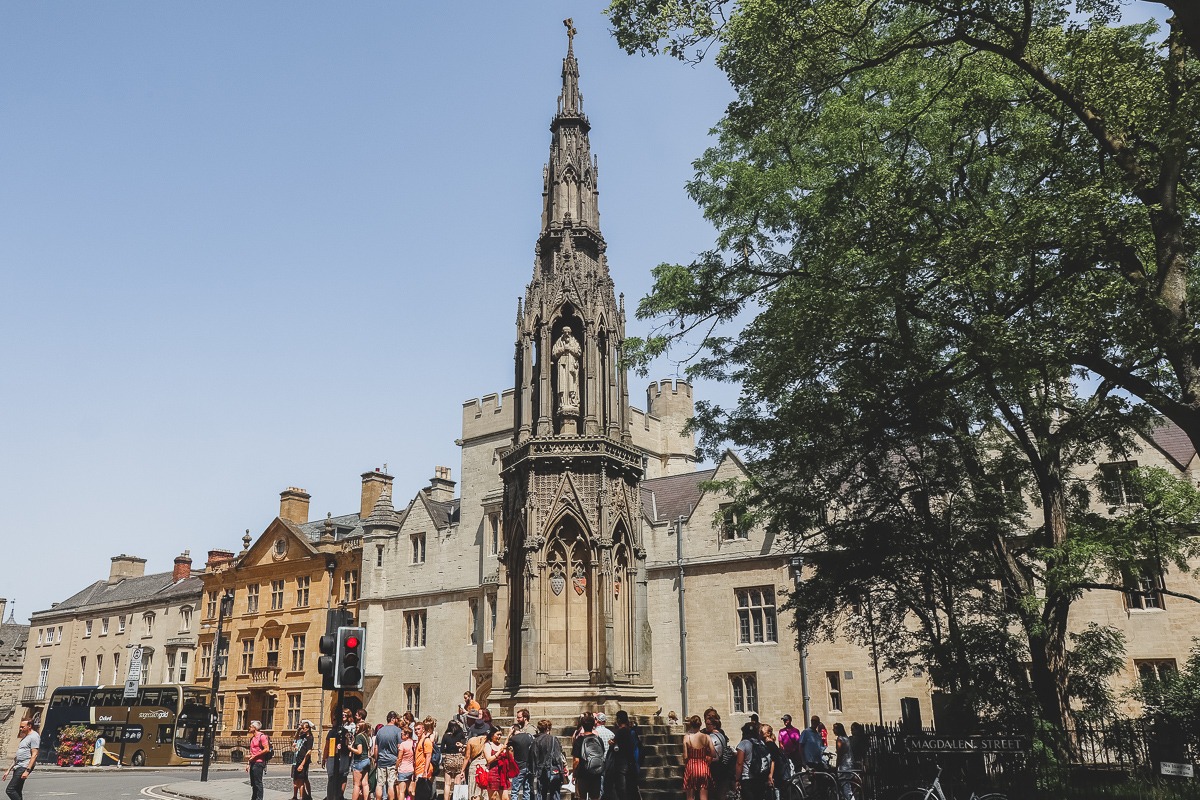 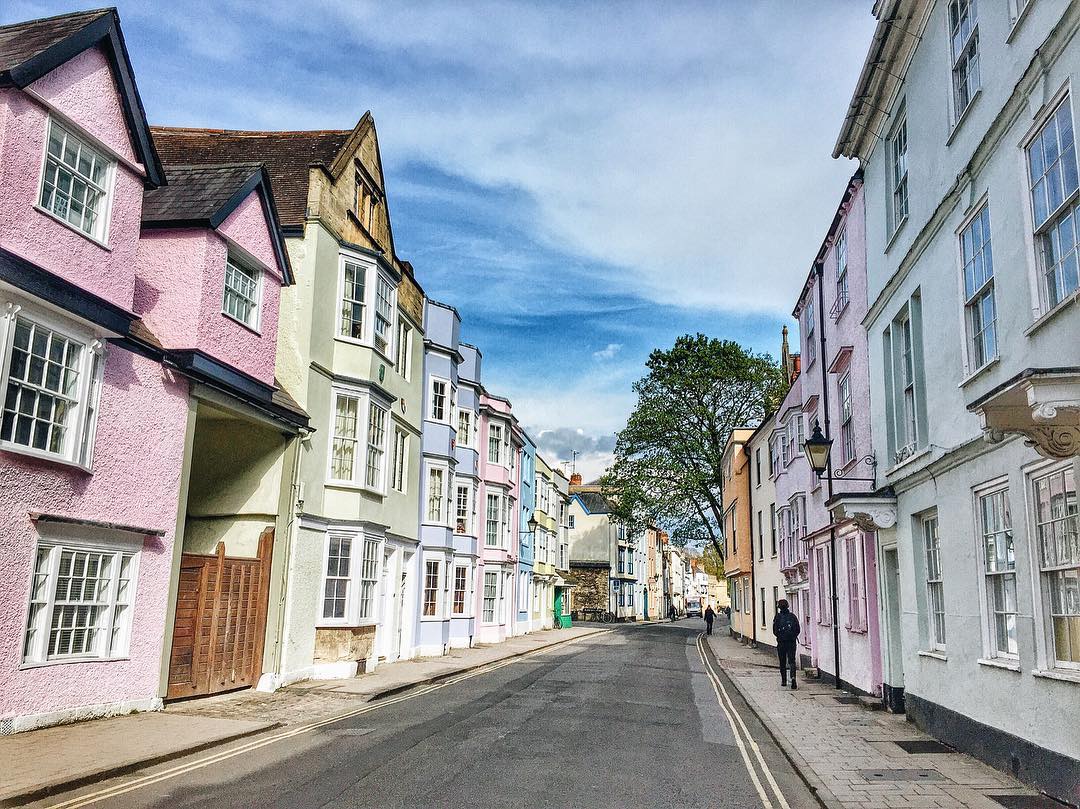 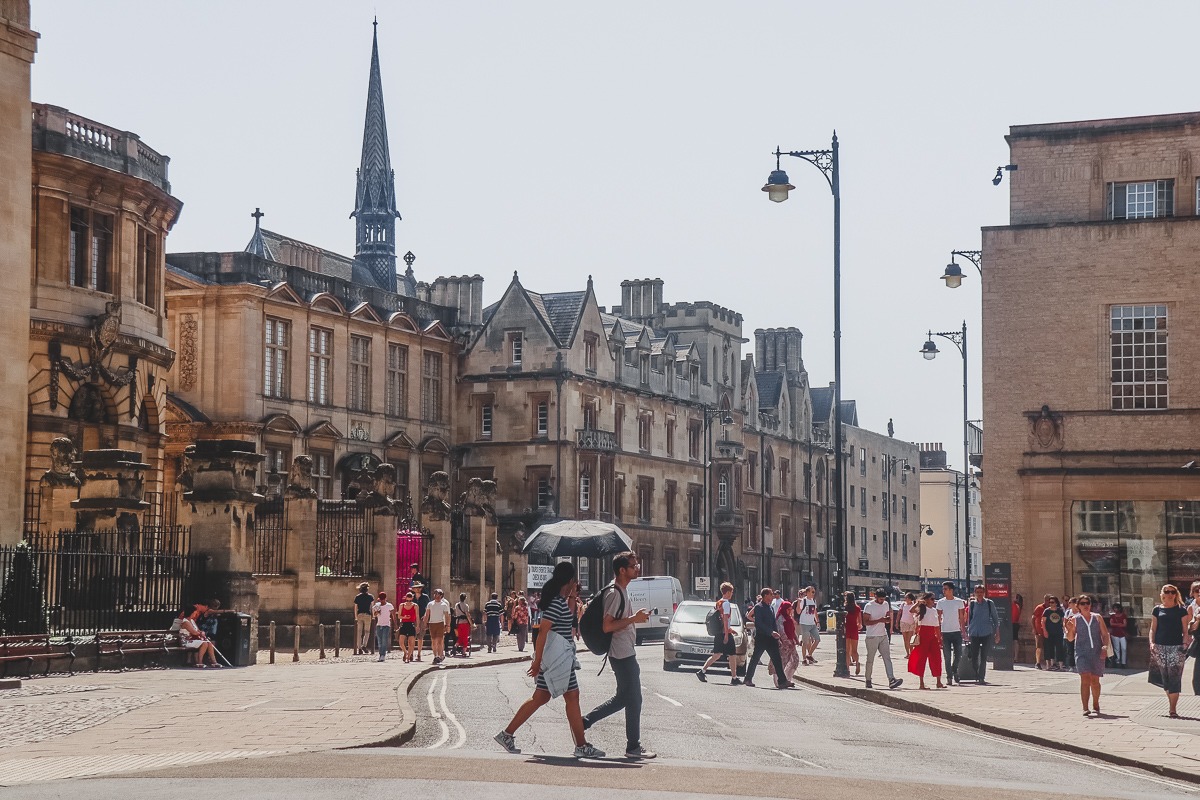 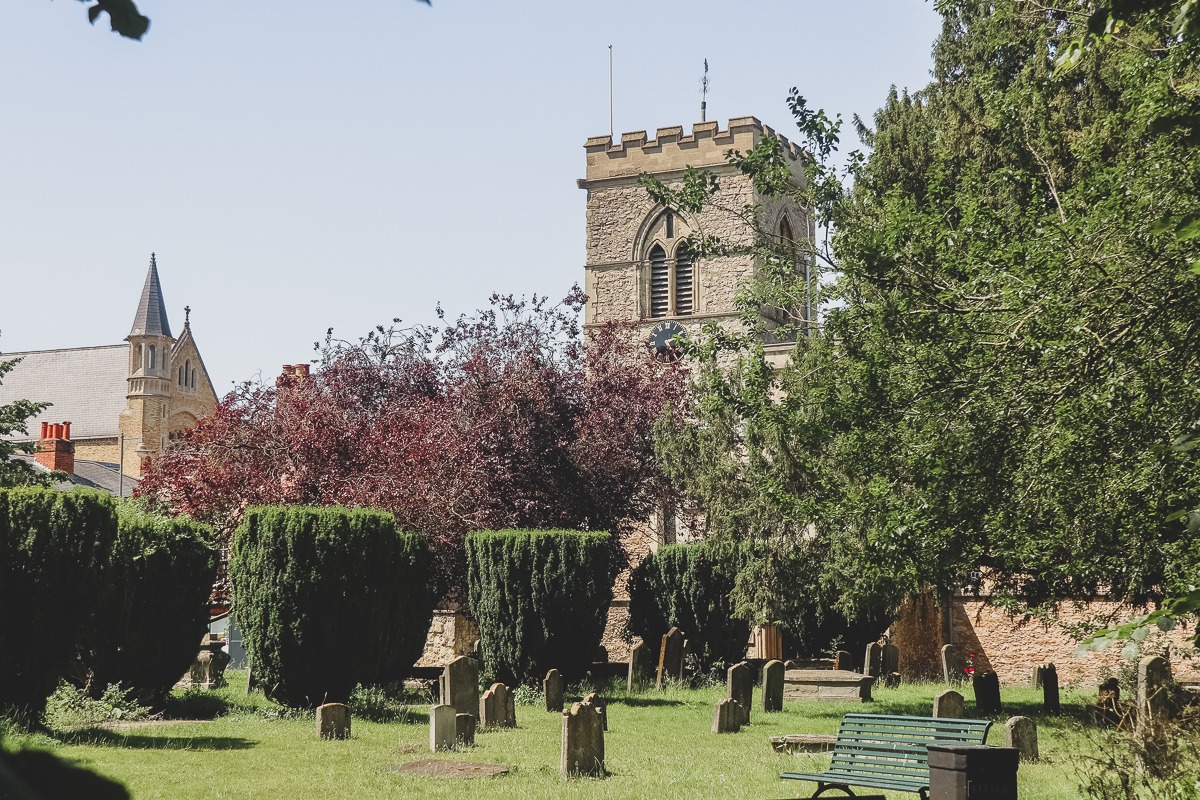 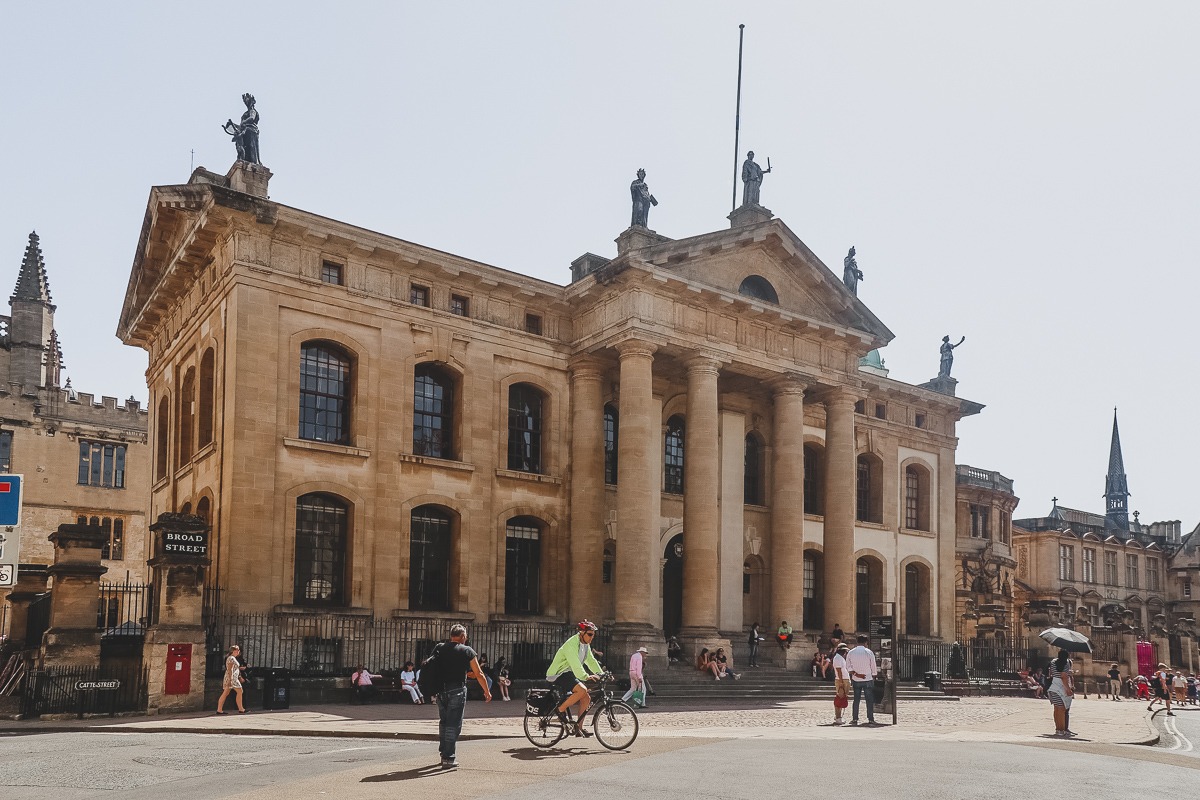 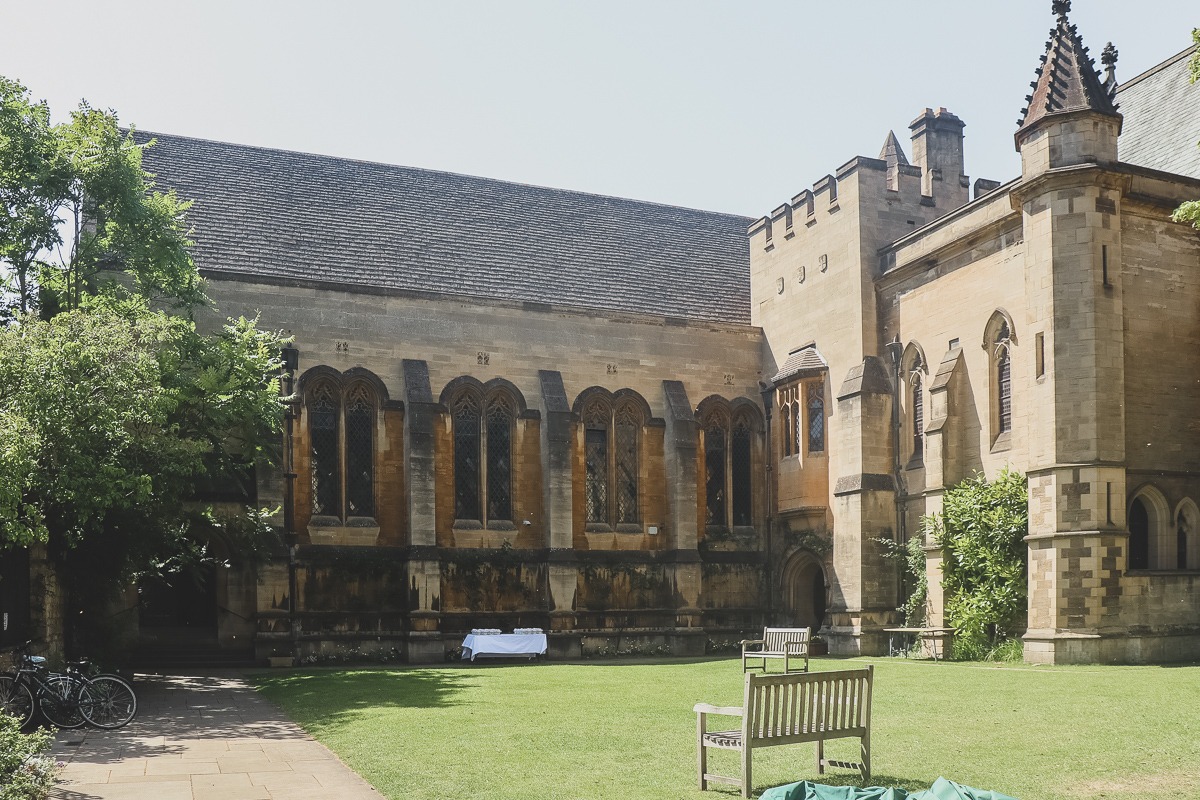 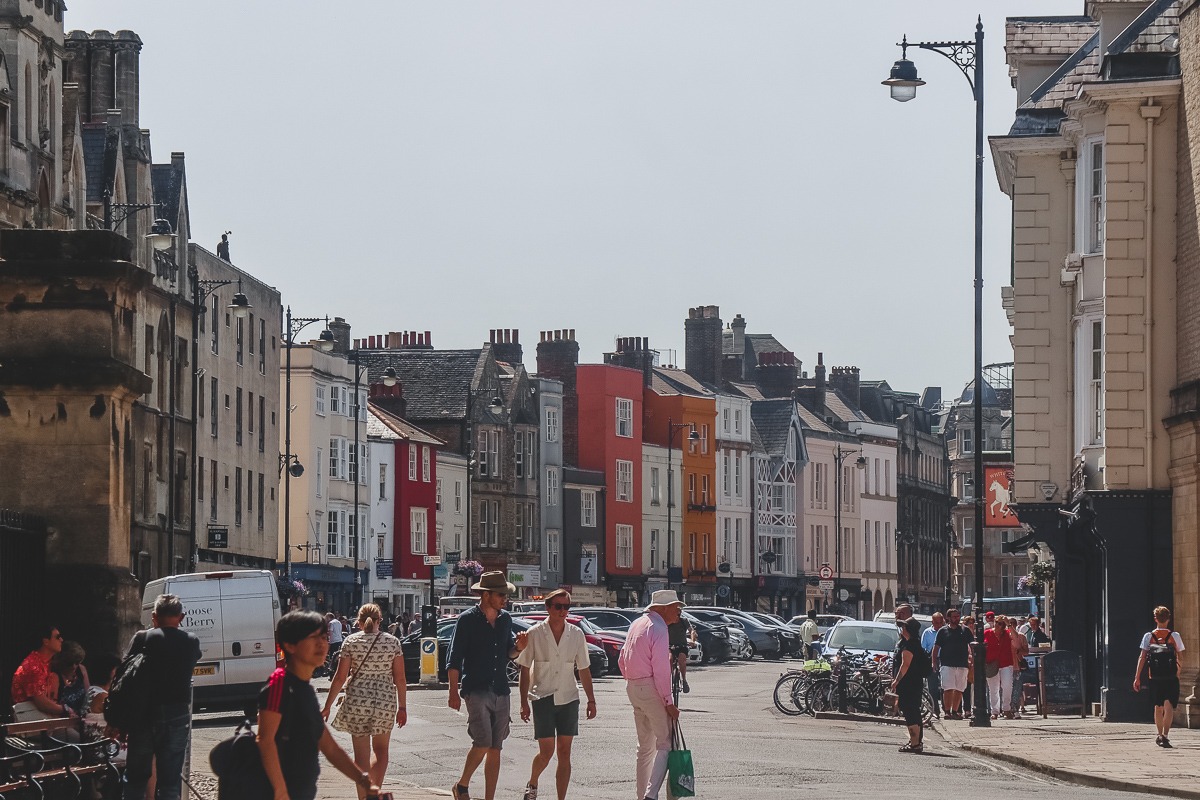 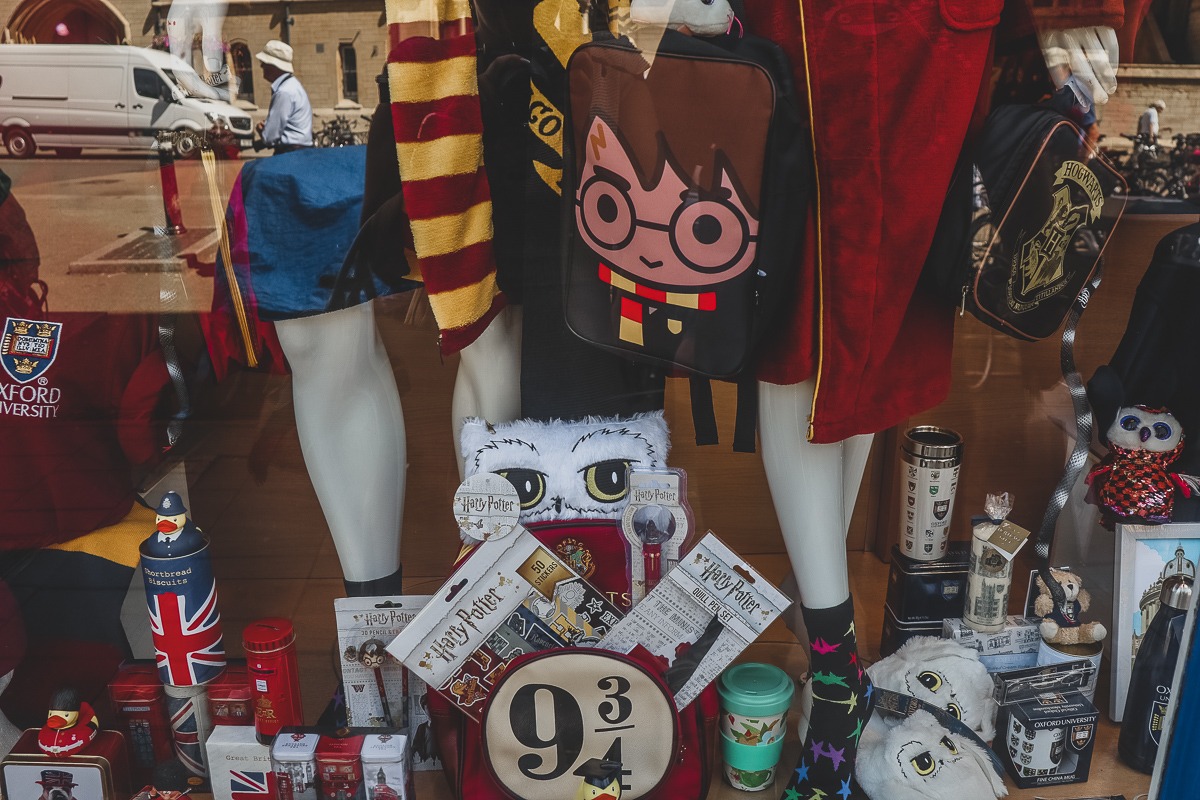 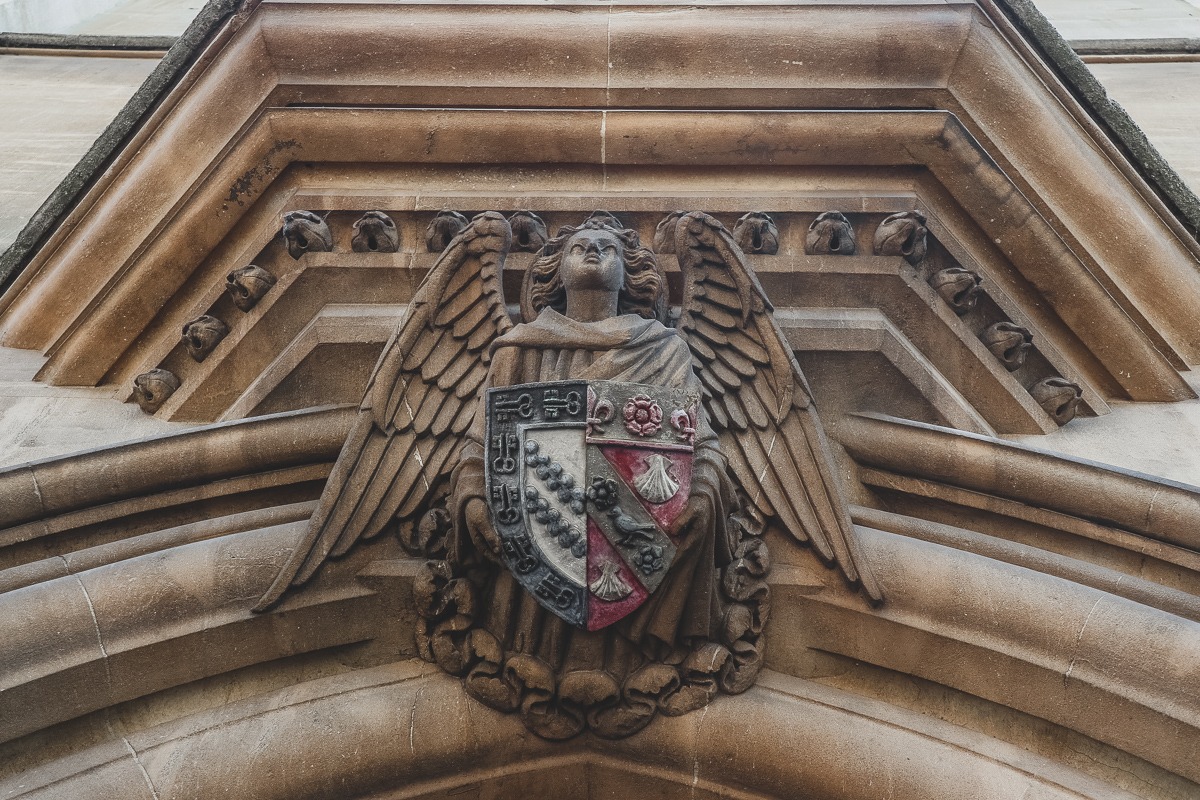 The Bodleian Library, a university library dating back to 1598 and containing every single printed book ever published in the UK, is an unmissable marvel of Oxford. You can take a guided tour for further exploration of it from inside too to admire the 15th – and the 17th- century interiors. I’m sure that Divinity School and Radcliffe Camera attached to the library won’t leave you unmoved! 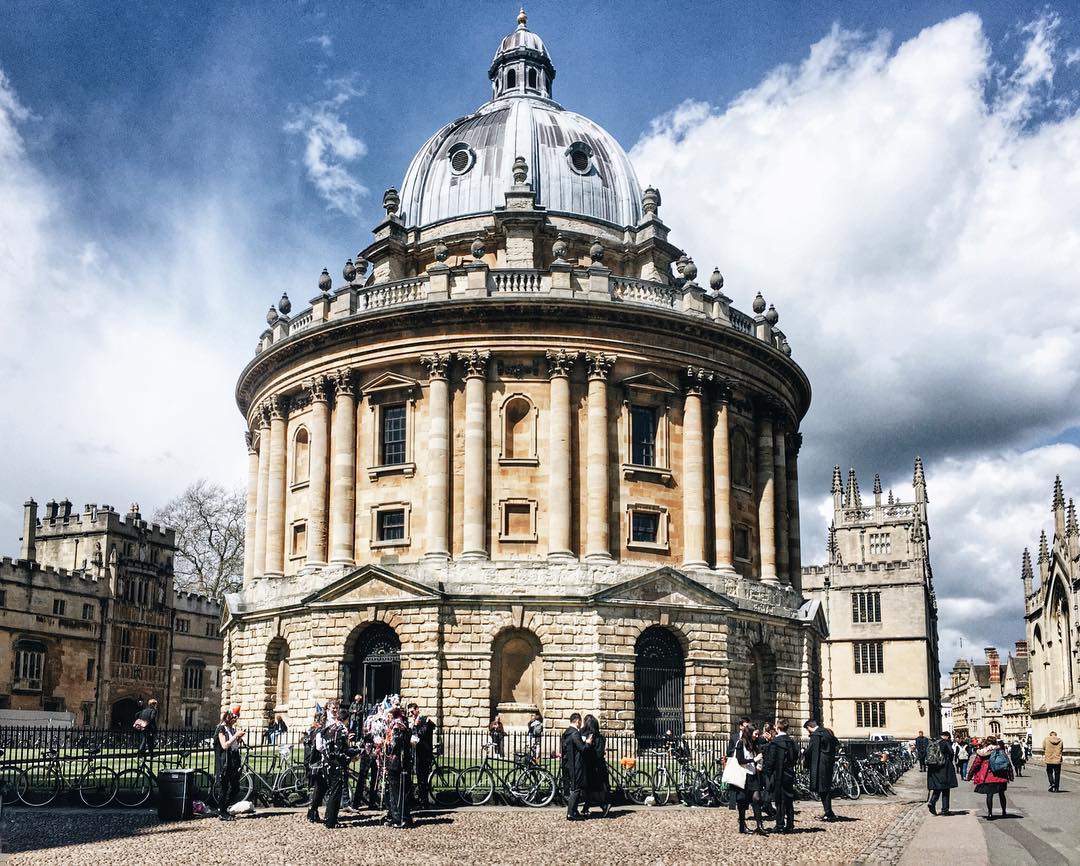 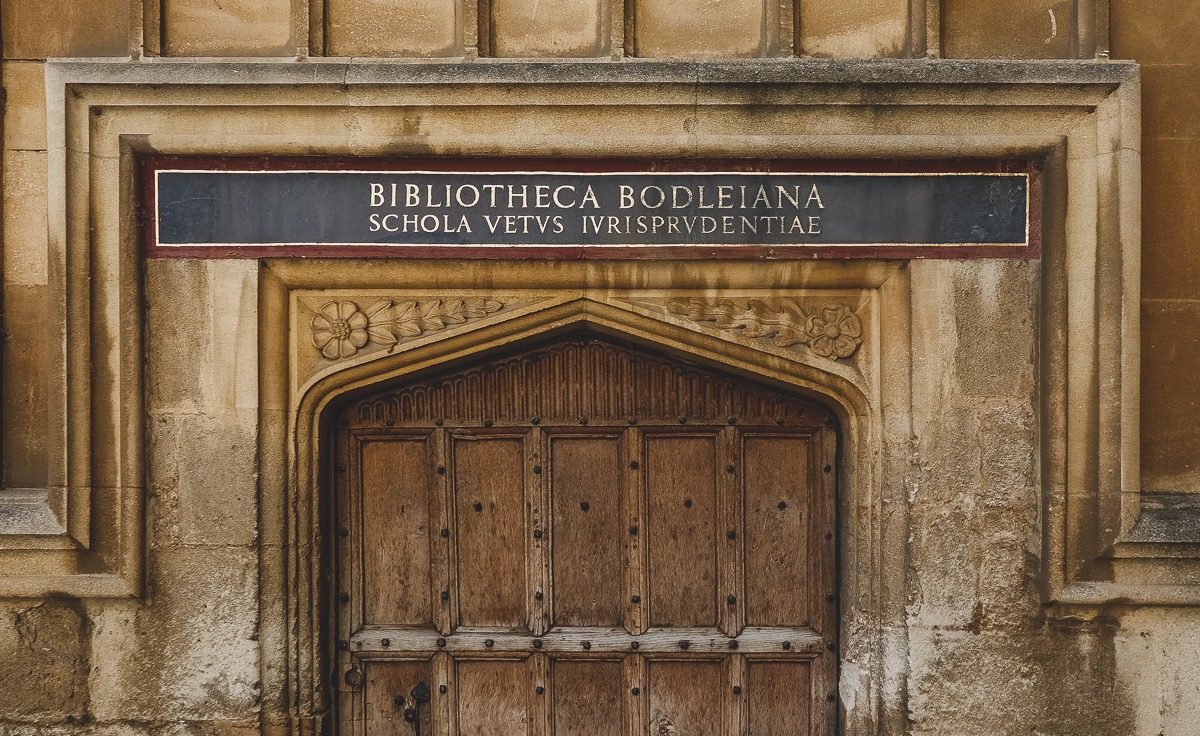 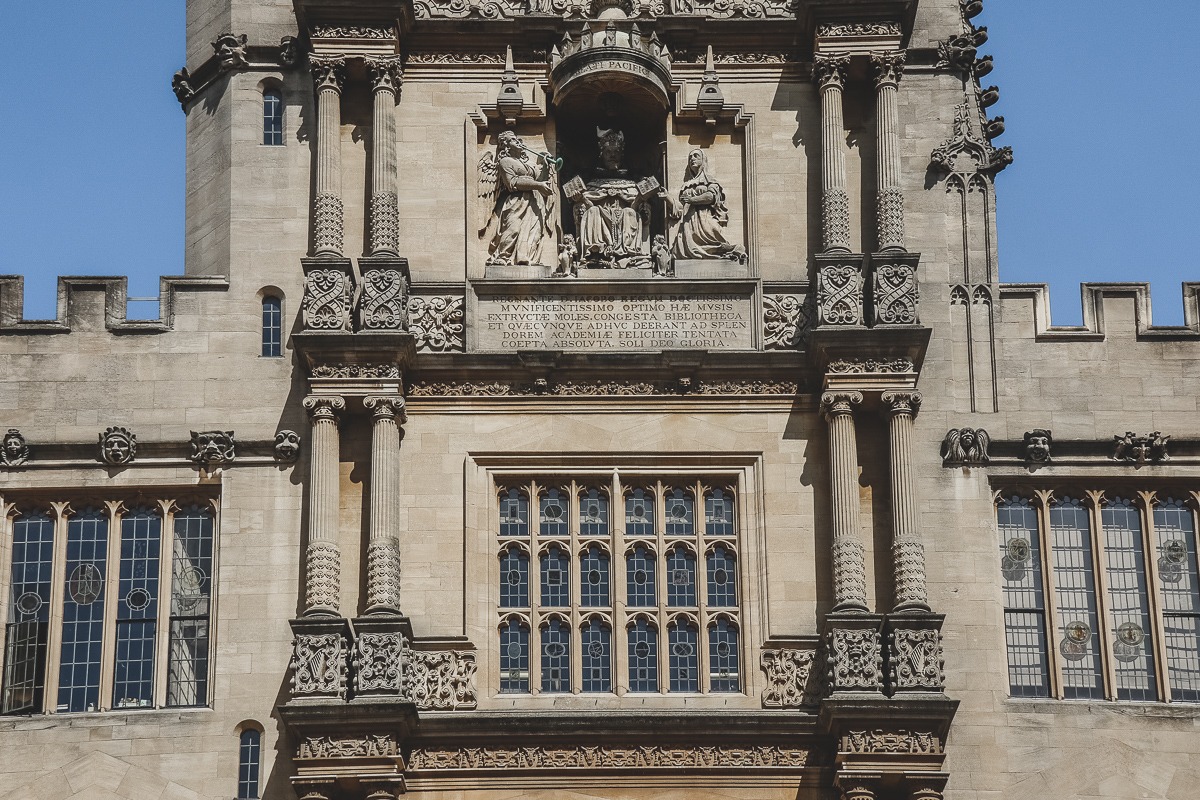 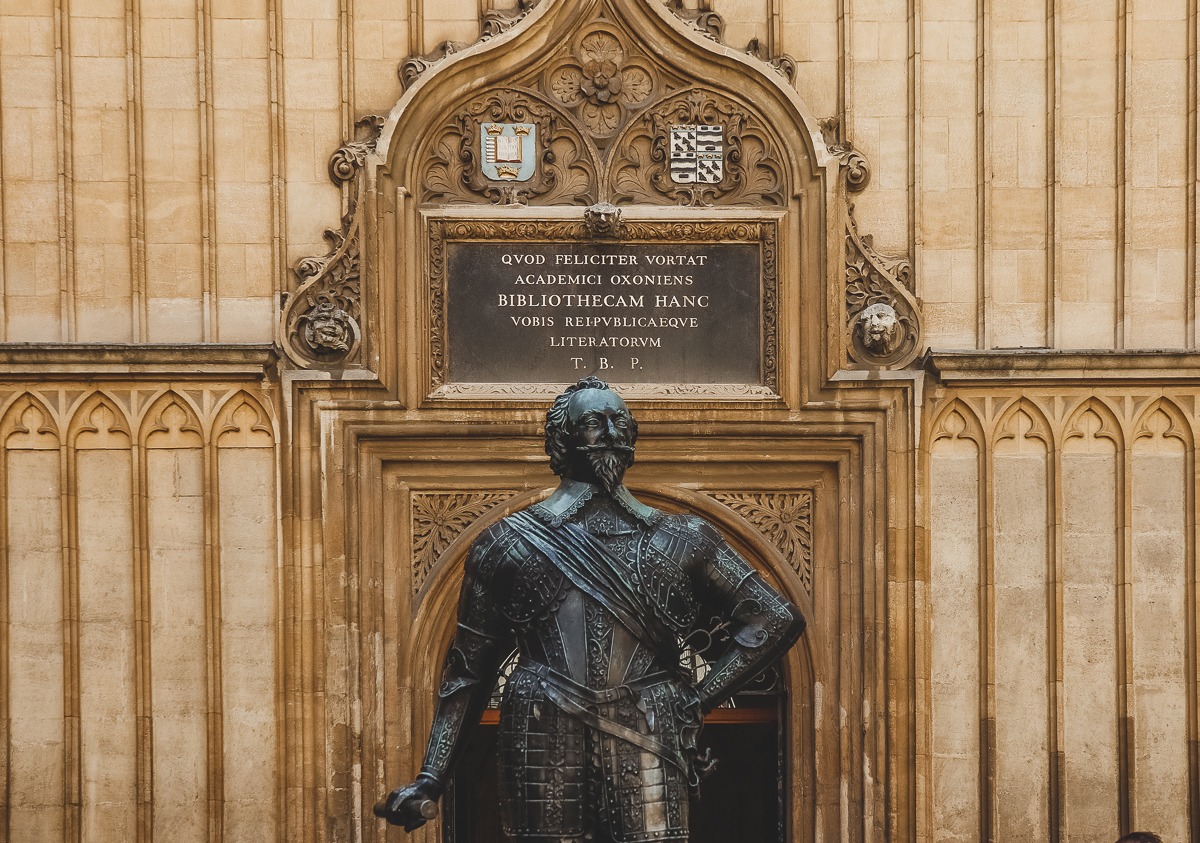 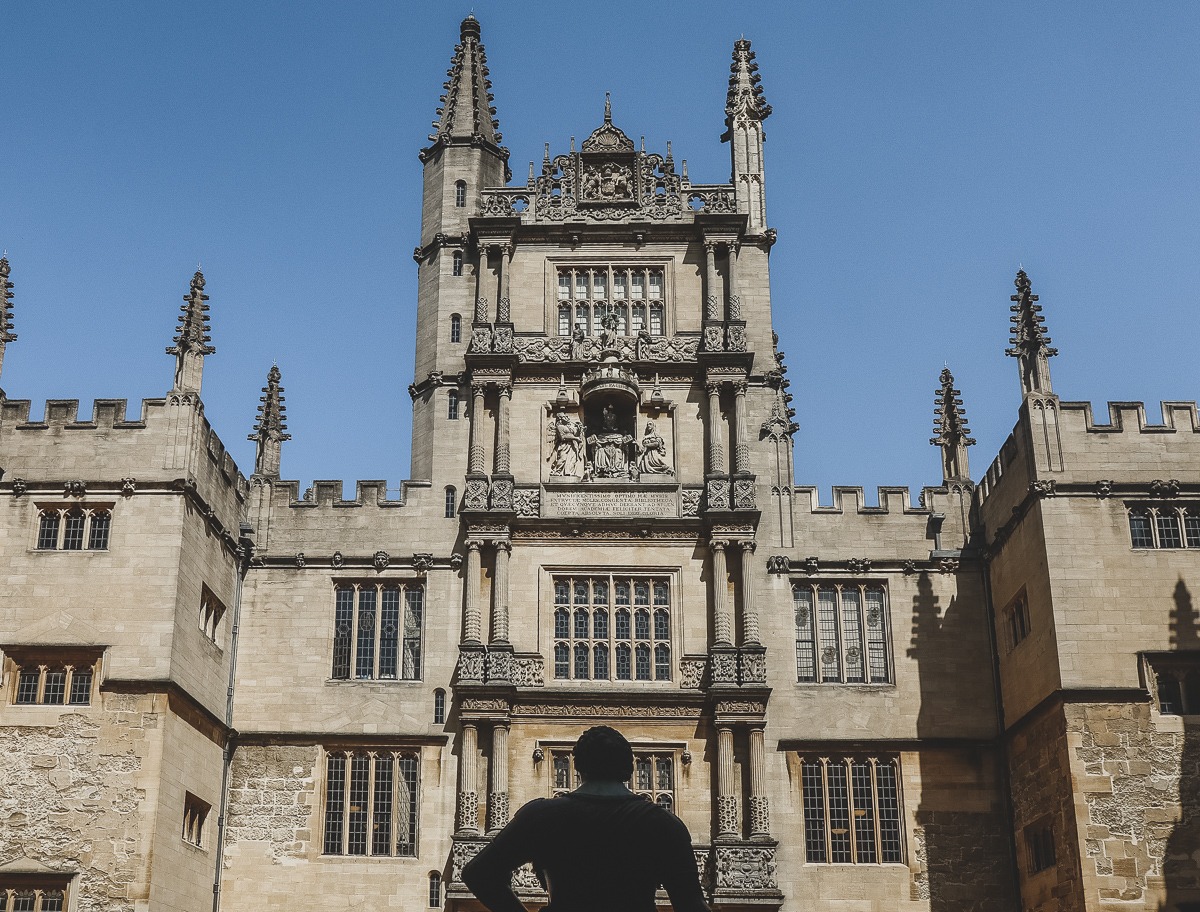 In a short walk from the Bodleian Library stands The Sheldonian Theatre built in 1664. It is a masterpiece of the architect Sir Christopher Wren who contributed a lot to the Oxford architectural outlook. Apart from hosting musical concerts, it is also used for university’s purposes. 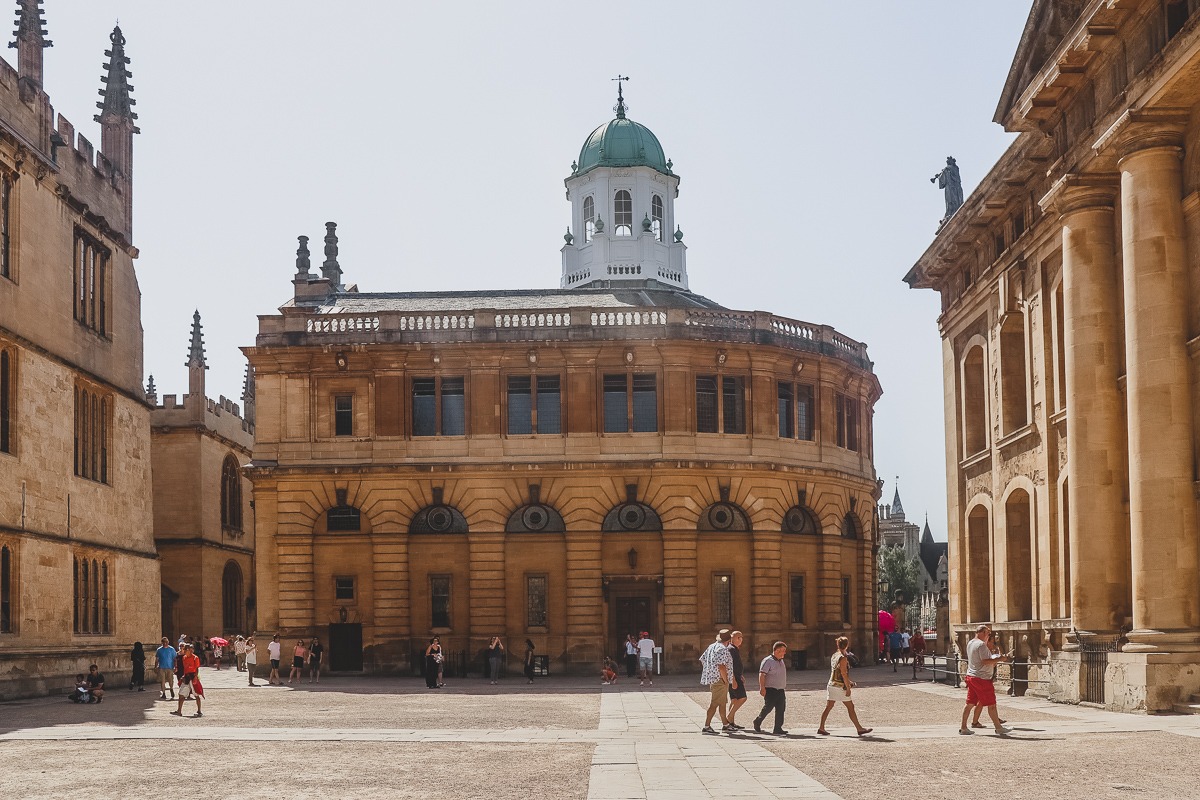 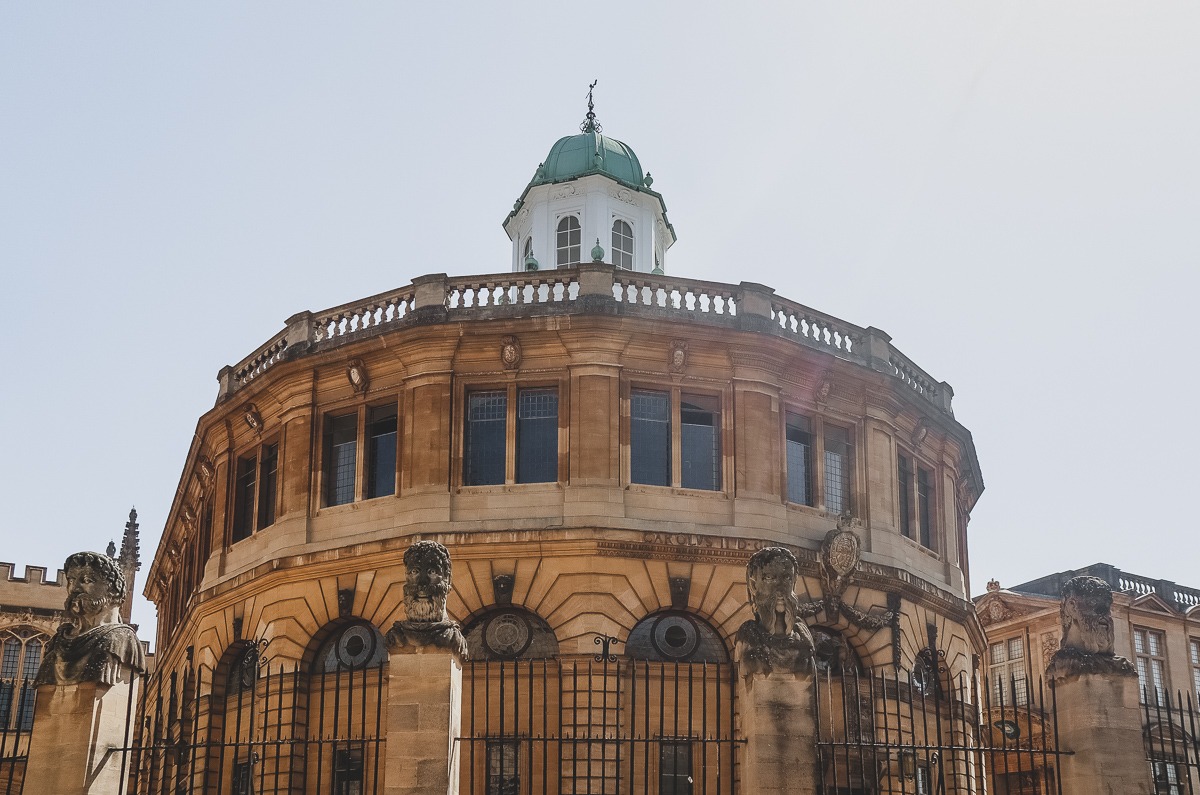 Take a photo of the Bridge of Sighs in Oxford

If you walk around the Sheldonian Theatre – the Bodleian Library area and suddenly see lots of people at the New College Lane – then you’ve probably reached The Bridge of Sighs. It is spread between the two buildings of the Hertford College – and, consequently, is officially named the Hertford Bridge. Nevertheless, it’s more frequently named after the famous Venice bridge (although it doesn’t really look like the original one). 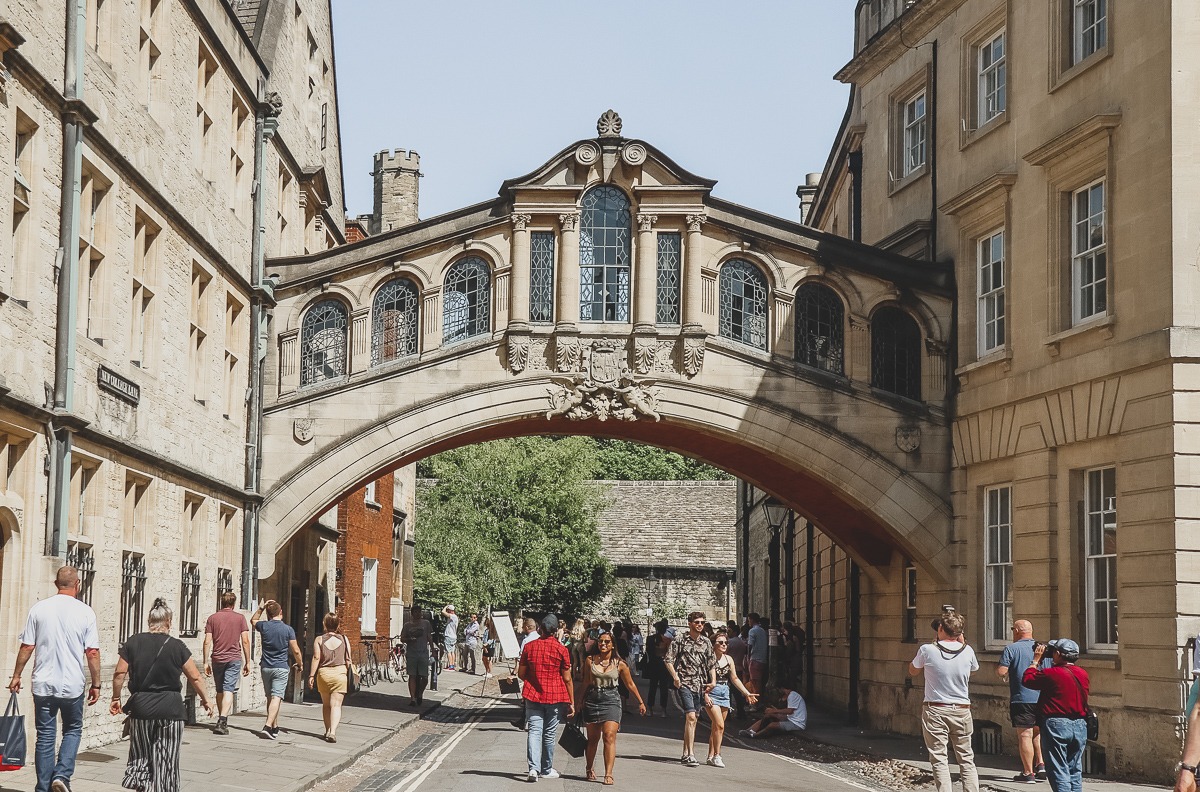 Dive into magic at Christ Church

Christ Church is probably the most well known college of Oxford University, and its fame only grew after the Harry Potter movies came out. It was founded in the 16th century by Cardinal Wolsey – I’m sure you’ve heard this name if you’re familiar with the stories surrounding Henry VIII.

Walk along the meadows, observe the Great Hall and Cathedral – and completely fall in love with it! Take a closer look at the 14th century Thomas Becket window and a few and stained glass windows created with the help of Edward Burne-Jones and William Morris in the late 19th century. 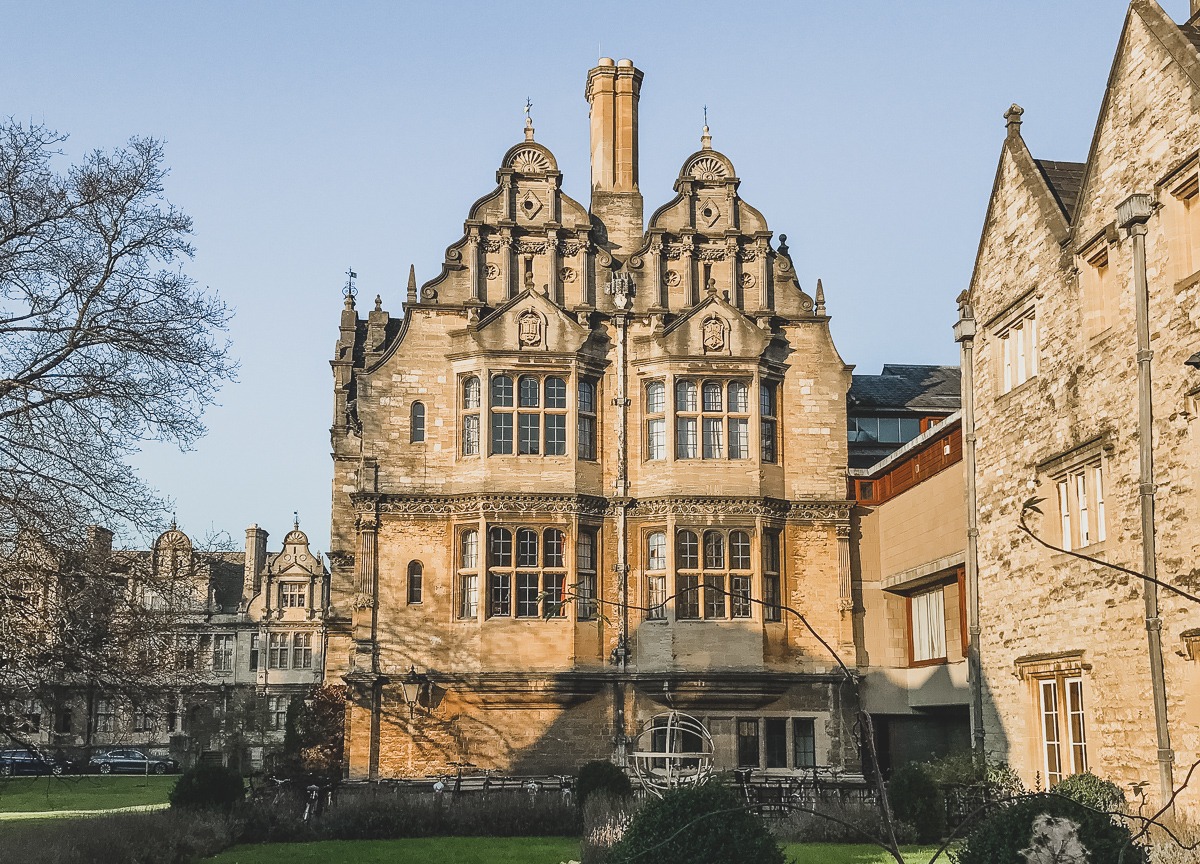 Another famous college is All Souls – you would probably see its 18th century towers in the North Quad. 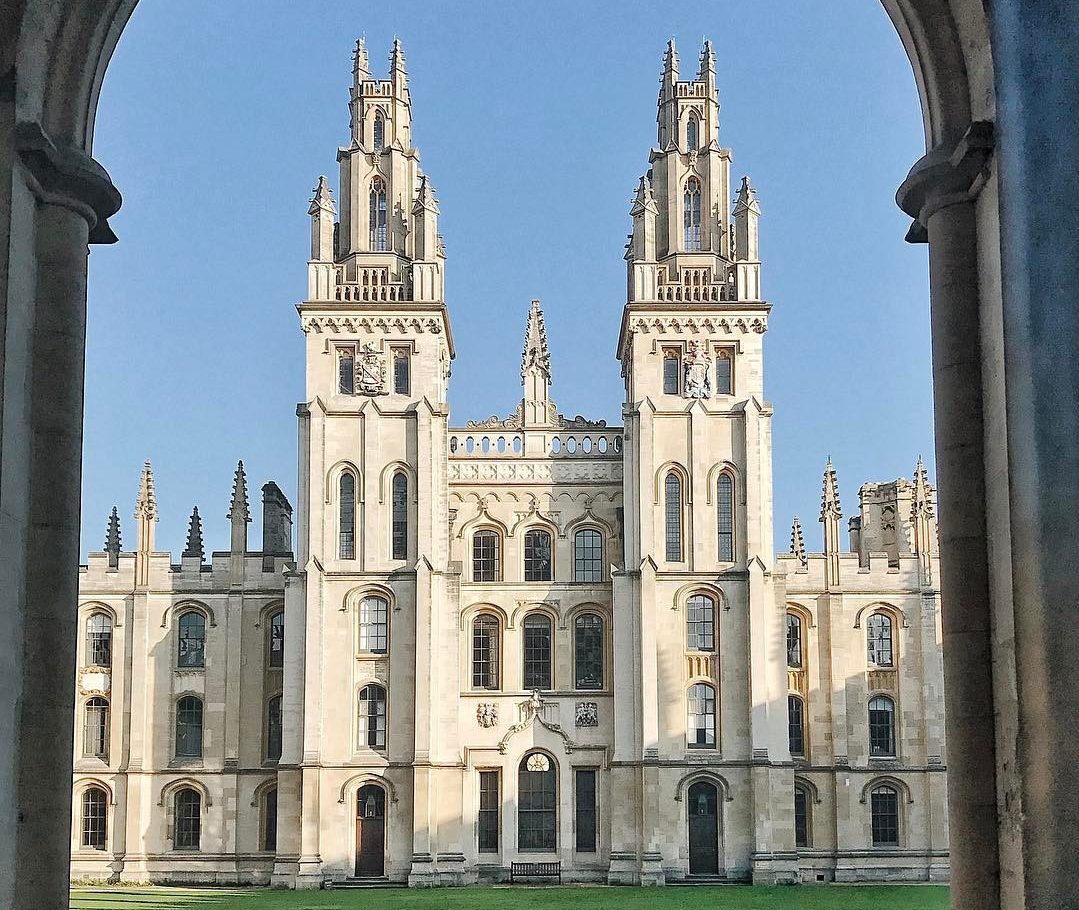 Catch the White Rabbit at the Alice’s Shop

Once being a grocery shop near the Christ Church, now Alice’s Shop sells everything related to the famous book of Lewis Carroll: from tableware to keyrings and snacks. Highly recommended – this is one of my favorite spots in whole Oxford!

Pop into the Eagle and Child Pub

Even if you’re not a pub person (like me – this is one of the habits I was unable to acquire living in the UK:))) the Eagle and Child Pub is a must see in Oxford! Feel the vibes of Narnia and the Shire as this is the exact location where The Inkings group met one of the members of which were JRR Tolkien and CS Lewis! They called this place ‘The Bird and Baby’ 🙂 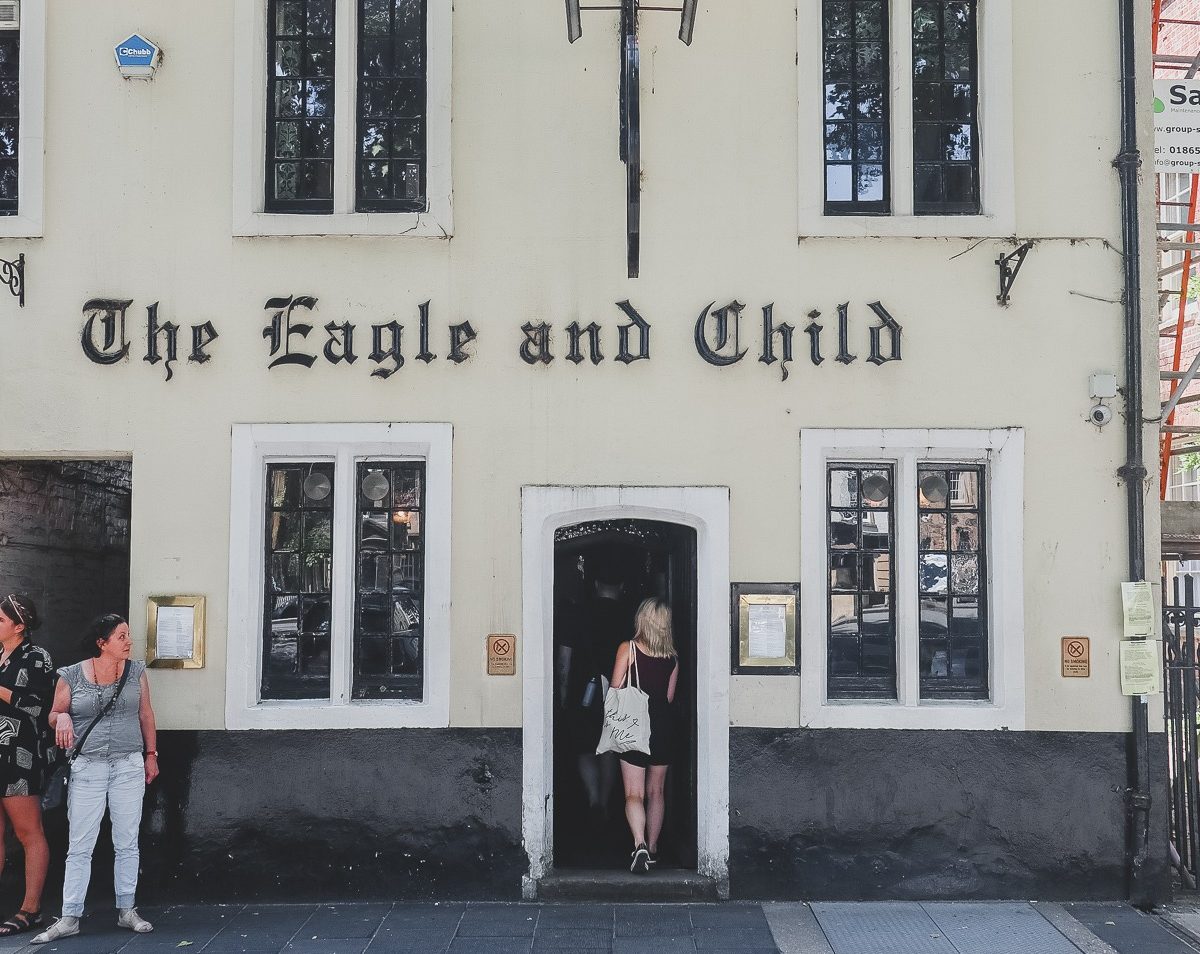 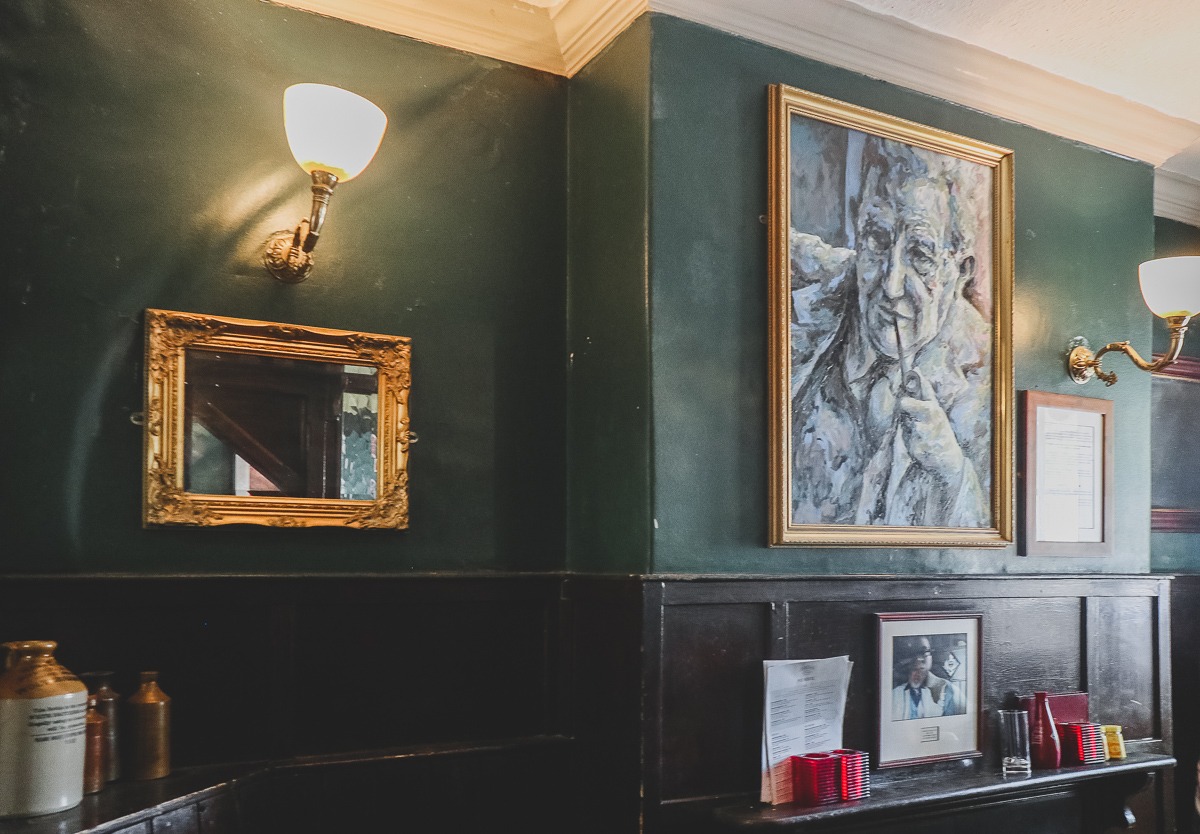 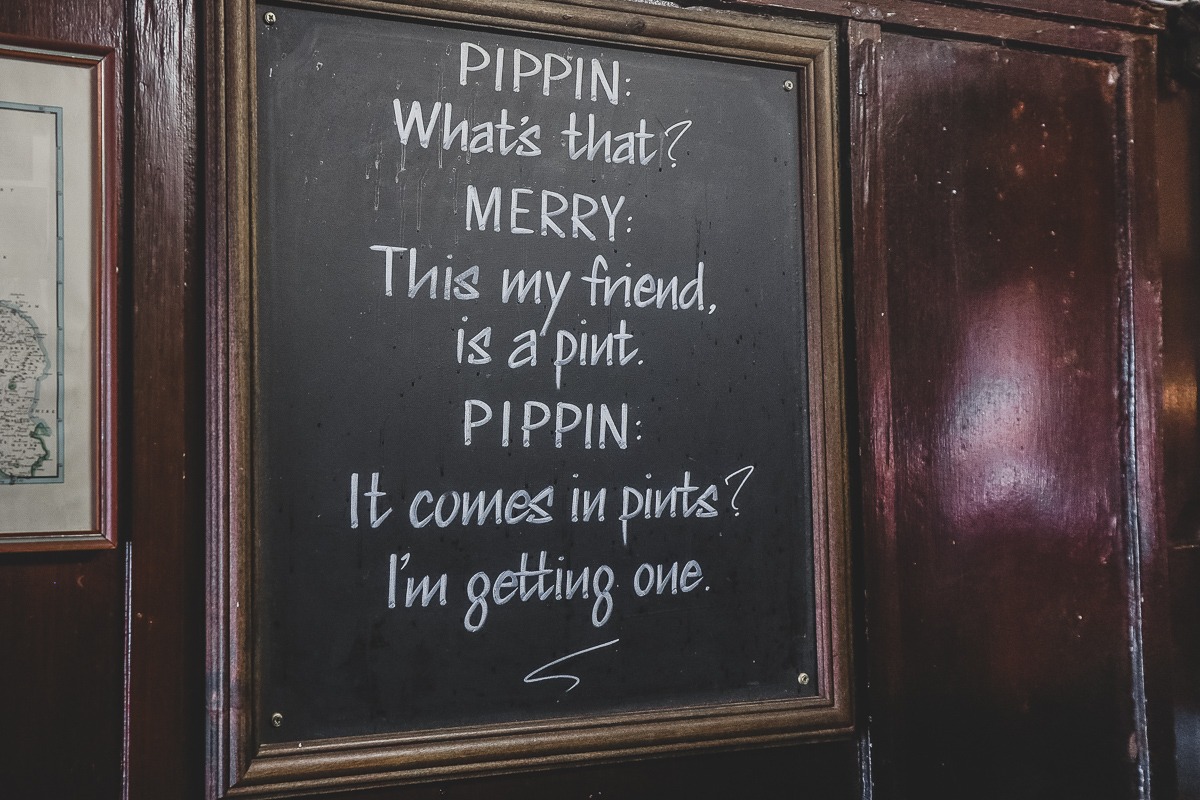 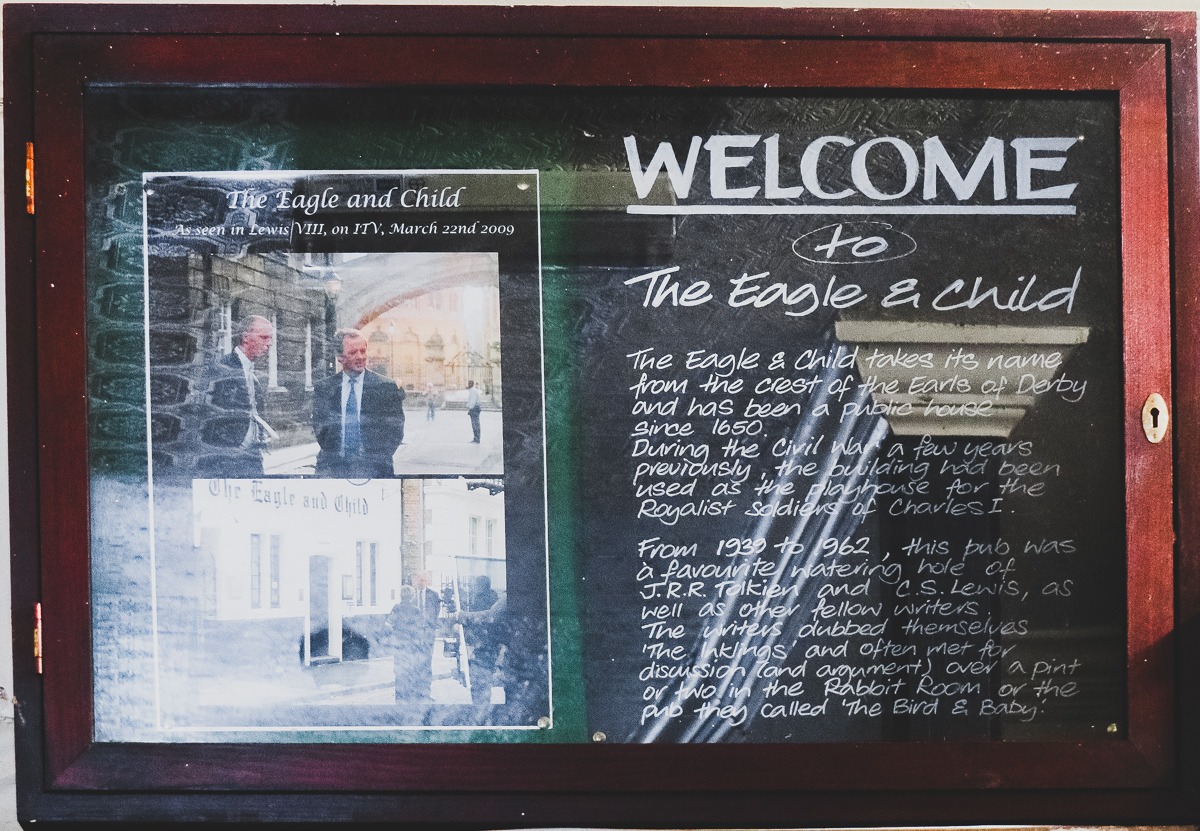 Interesting: Tolkien and his wife are buried not far away from Oxford, and their gravestone referrers to Beren and Lúthien, the characters of The Silmarillion (oh yeah, did you know that I’m a fan of it and the LOTR?)

Another historic pub that is worth your attention is The Turf and the Bear originating from the 13th century.

Stroll along the University Parks of Oxford

Take a stroll, have a picnic or rent a boat in the University Parks! It’s a fantastic green space where you can get lost for a few hours and relax from the buzz of a big city. 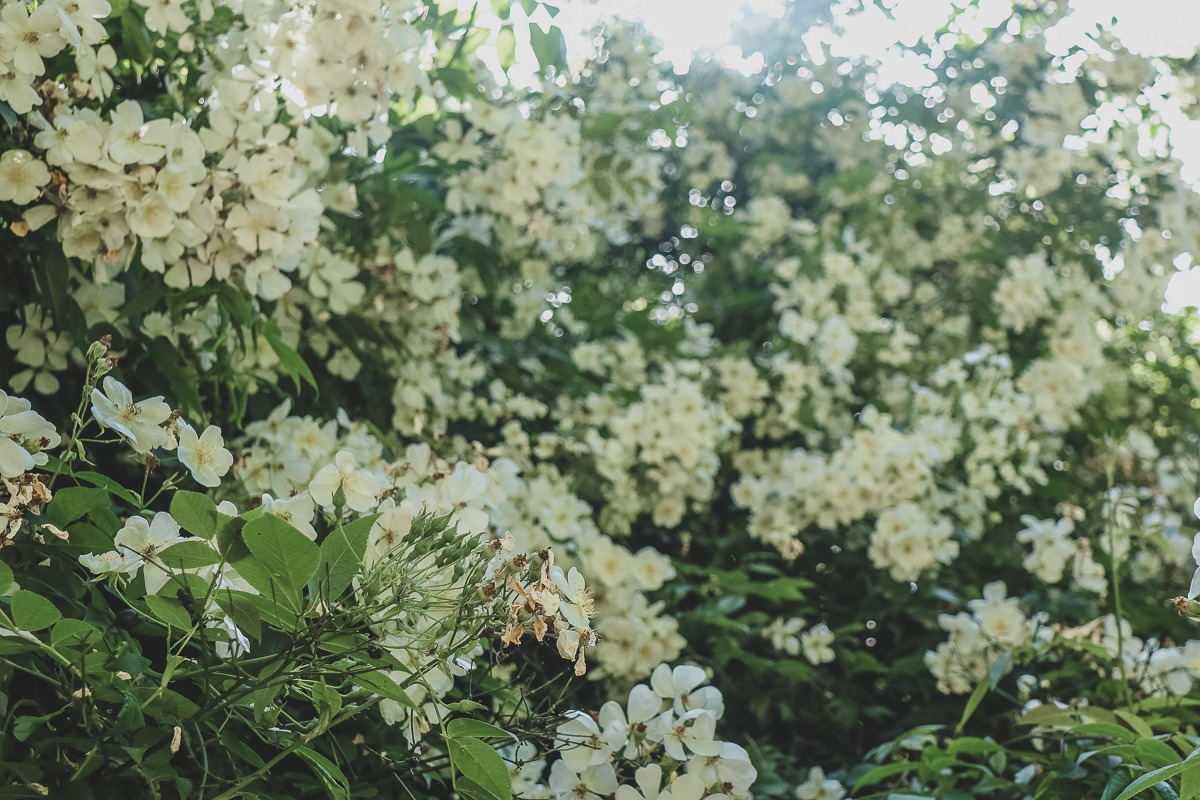 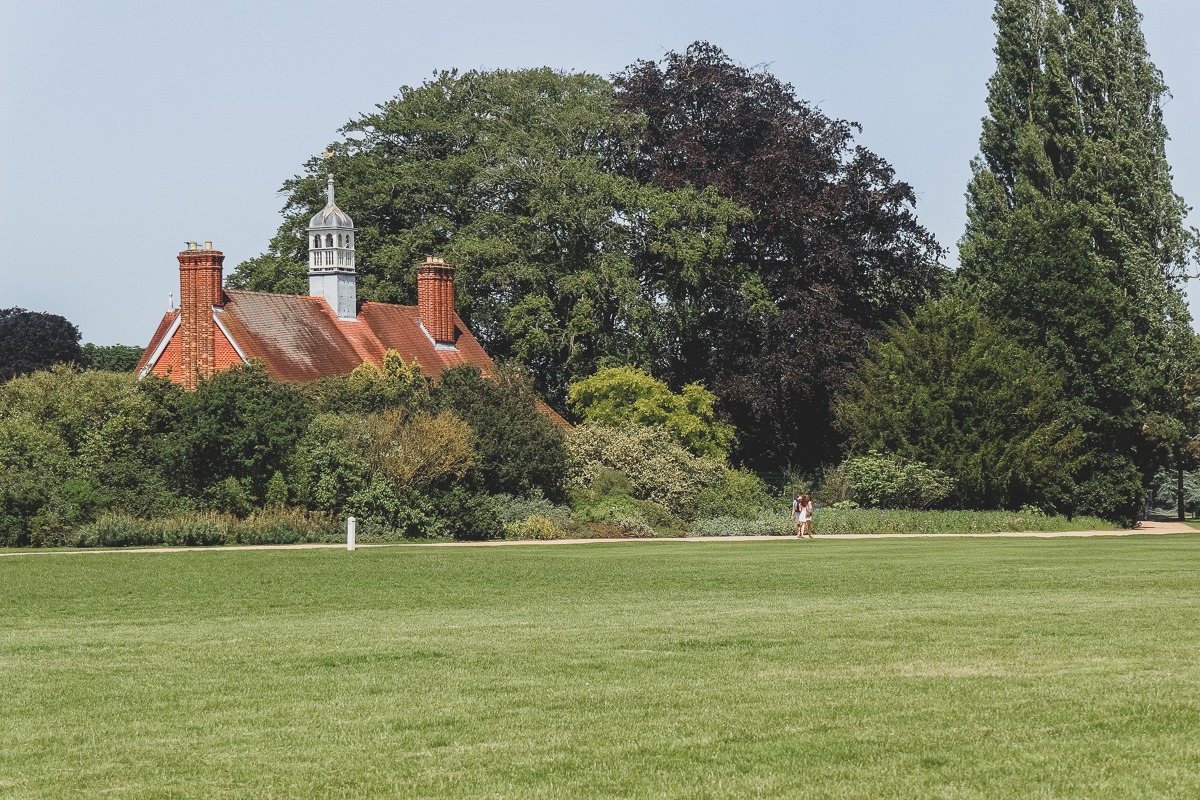 Have a cup of coffee at the Covered Market

Fancy a cupcake, a pie or a cup of coffee? A nice set of jewelry or Harry Potter’s wand? Head to the historic the Covered Market! Since its opening in 1774, it gained a reputation as one of the most amazing British markets – both for tourists and students!
A few years ago the Oxford City Council invested £1.6m into The Covered Market’s reconstruction.

You can also pop into the open air Oxford market for some vintage artefacts and food!

Observe Oxford from above

Looking for view over Oxford? Head to the 13th century Carfax Tower, a part of destroyed St. Martin’s Church – or, alternatively, to the Saxon Tower of St Michael, the oldest building of Oxford, at the North Gate! 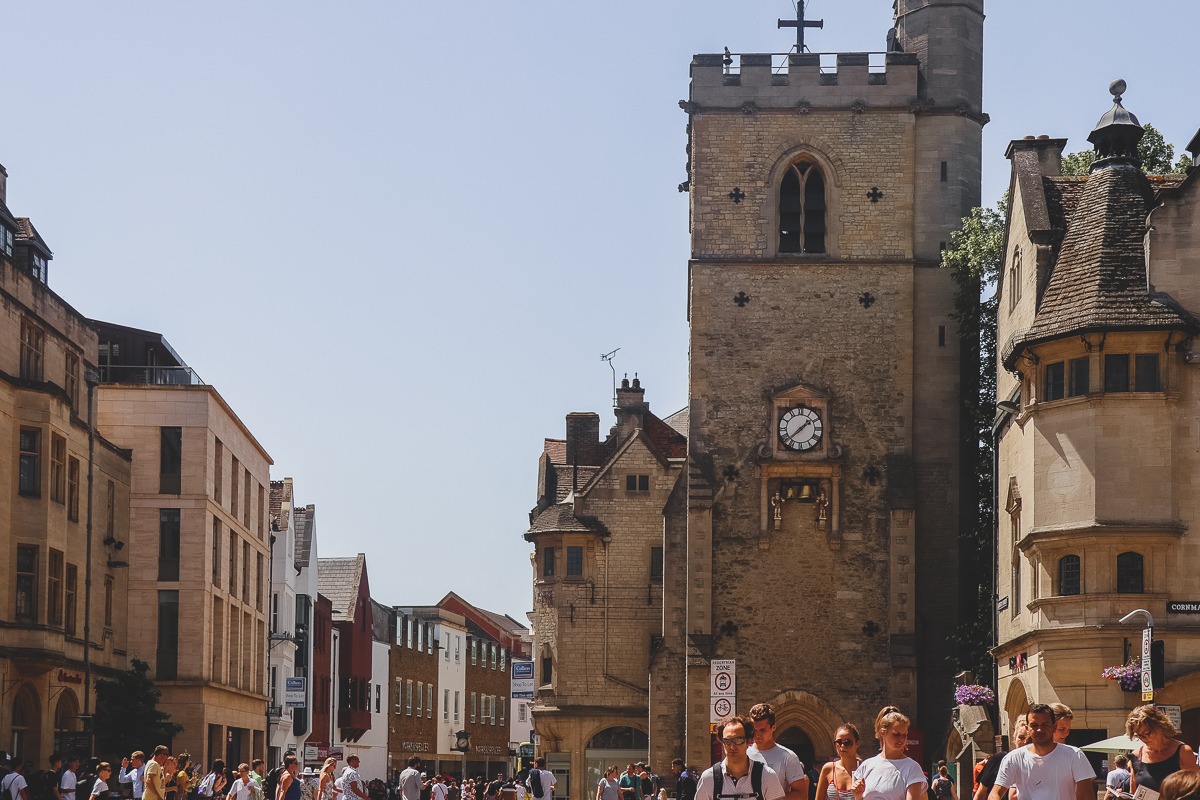 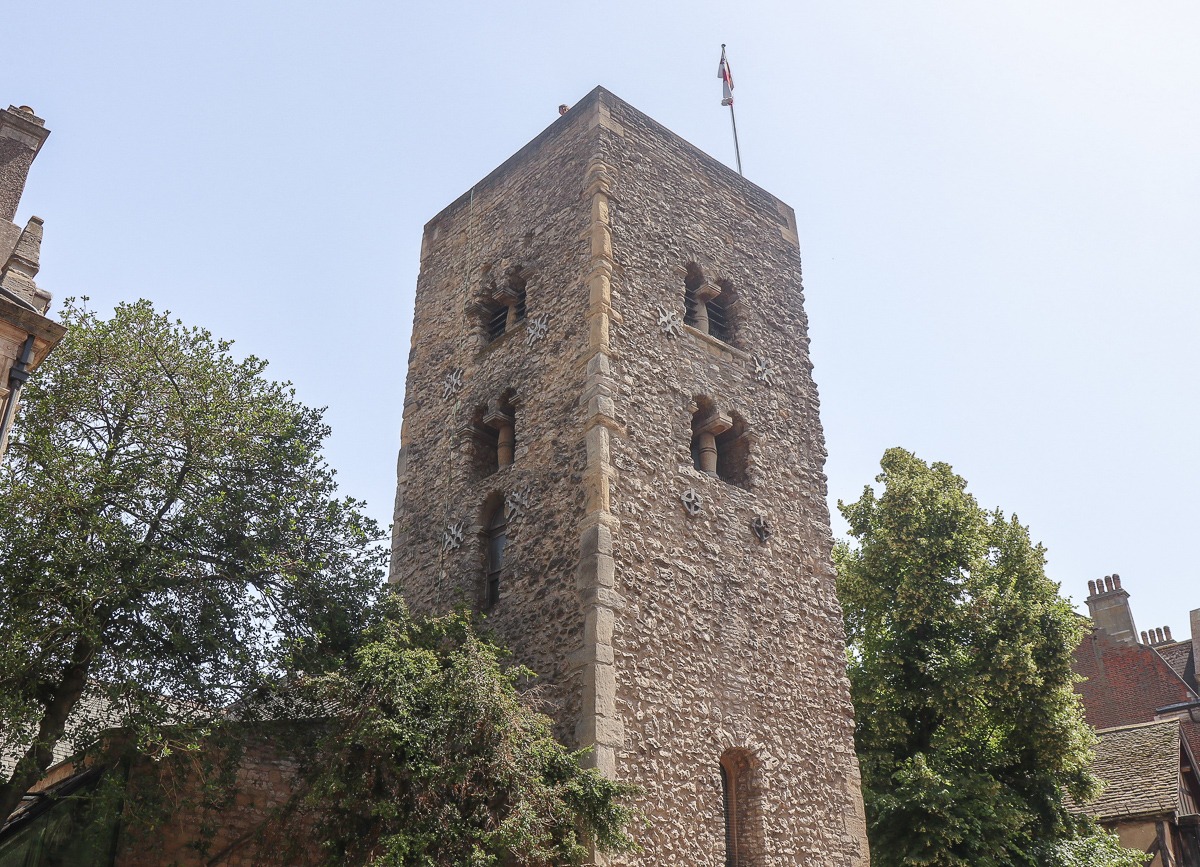 Even if you’re not a museum goer, The Pitt Rivers, or the Ashmolean Museum, or the Museum of Oxford are definitely worth a visit! 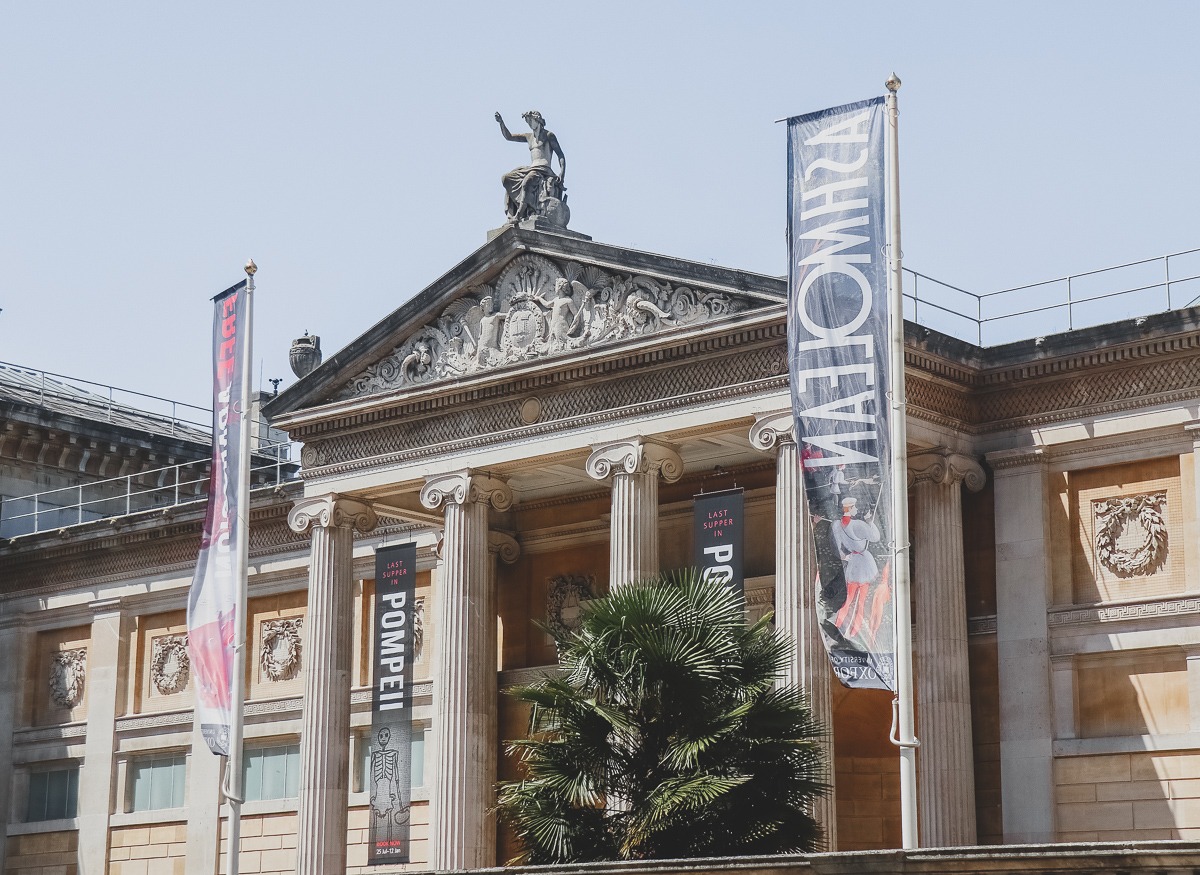 Hope you enjoyed today’s blog!
Yours,