And, please, don’t forget that I’ve already published a few blogs about Seoul: what to do and try there, Top-10 places to visit and Palaces of Seoul!

Do you know where to take a deep dive into the Korean culture from the late Joseon period? Where some of Korean historical movies were shot? And where we almost got into the Netflix project called Kingdom? Well, this very popular – and, I believe, purely tourist – attraction you can find not that far away from Seoul is Minsok folk village near Yongin city which originally opened in 1974. 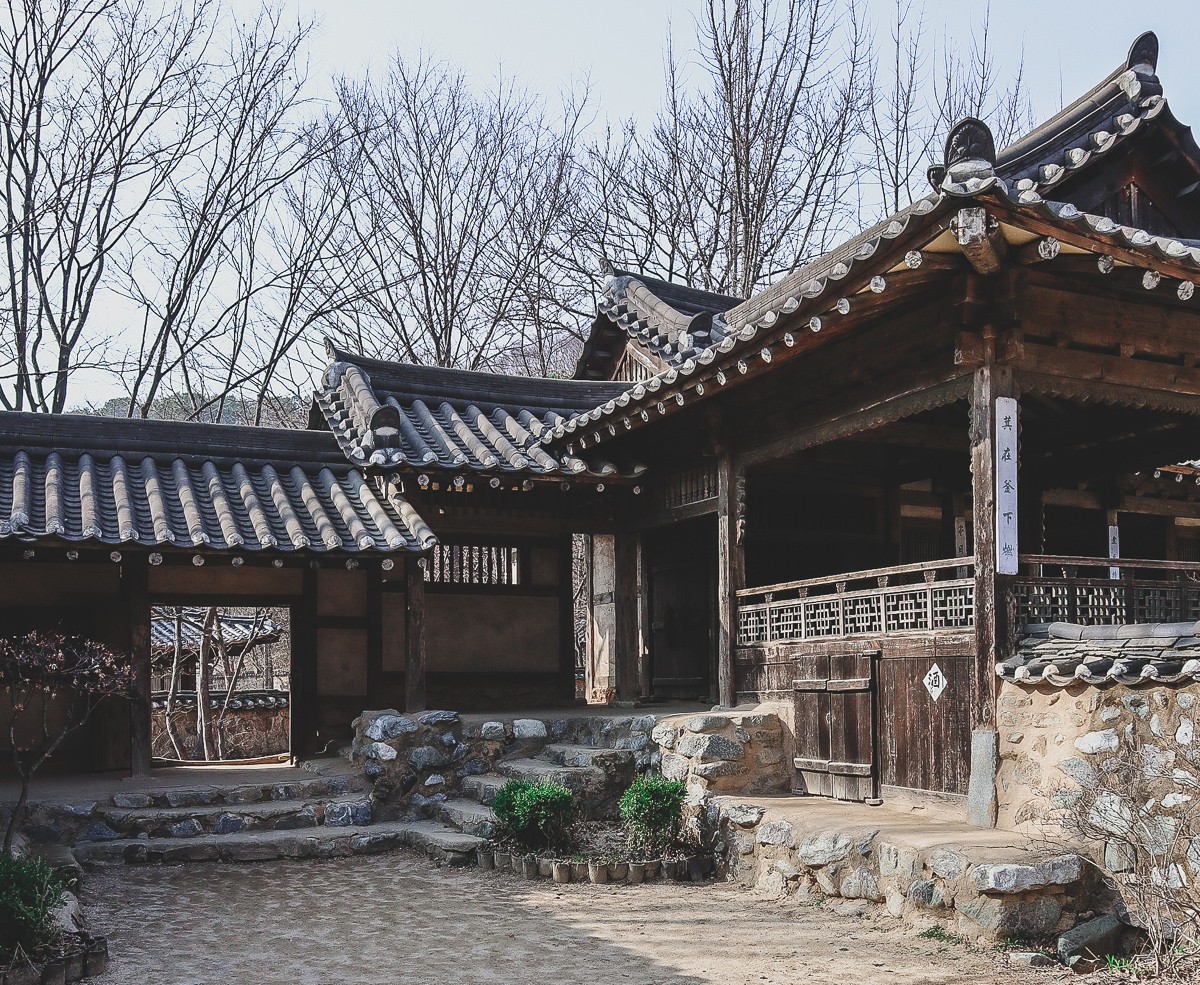 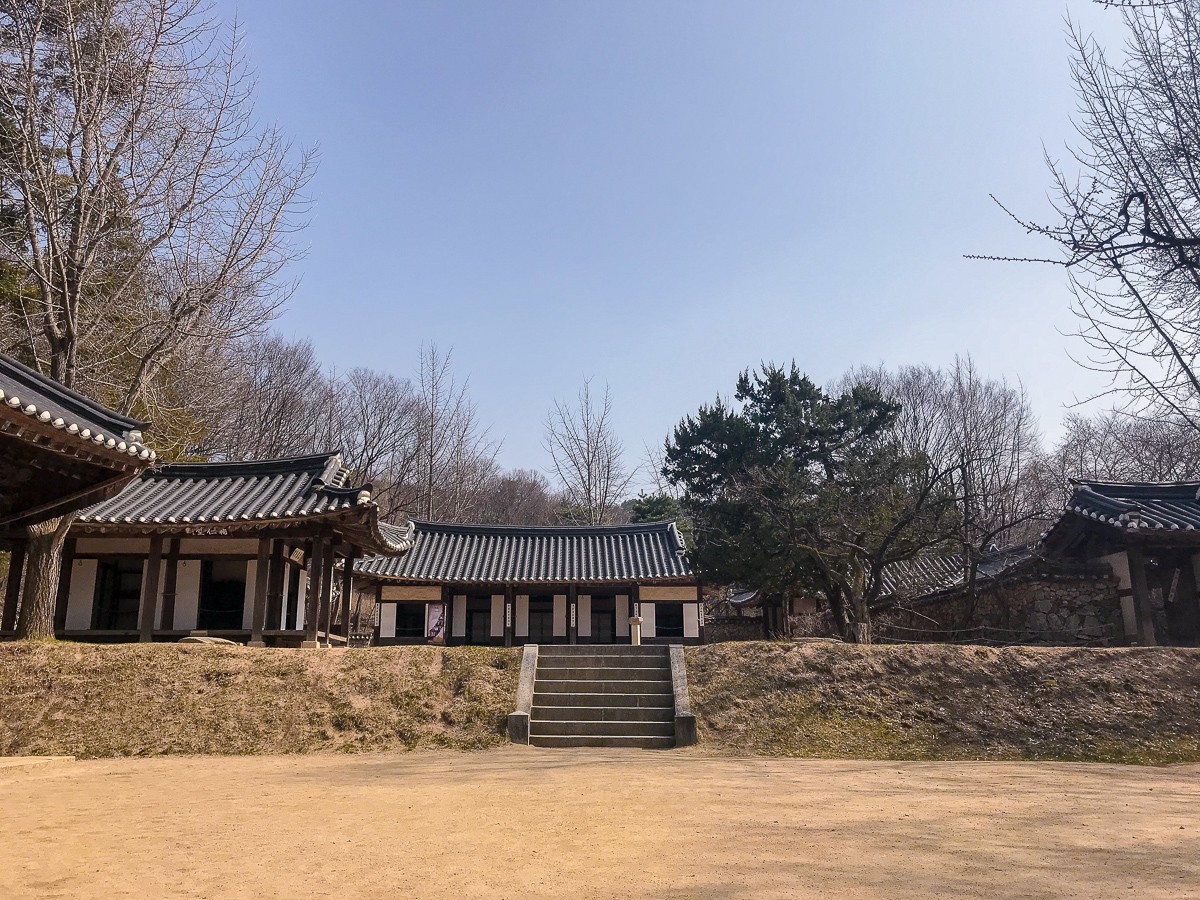 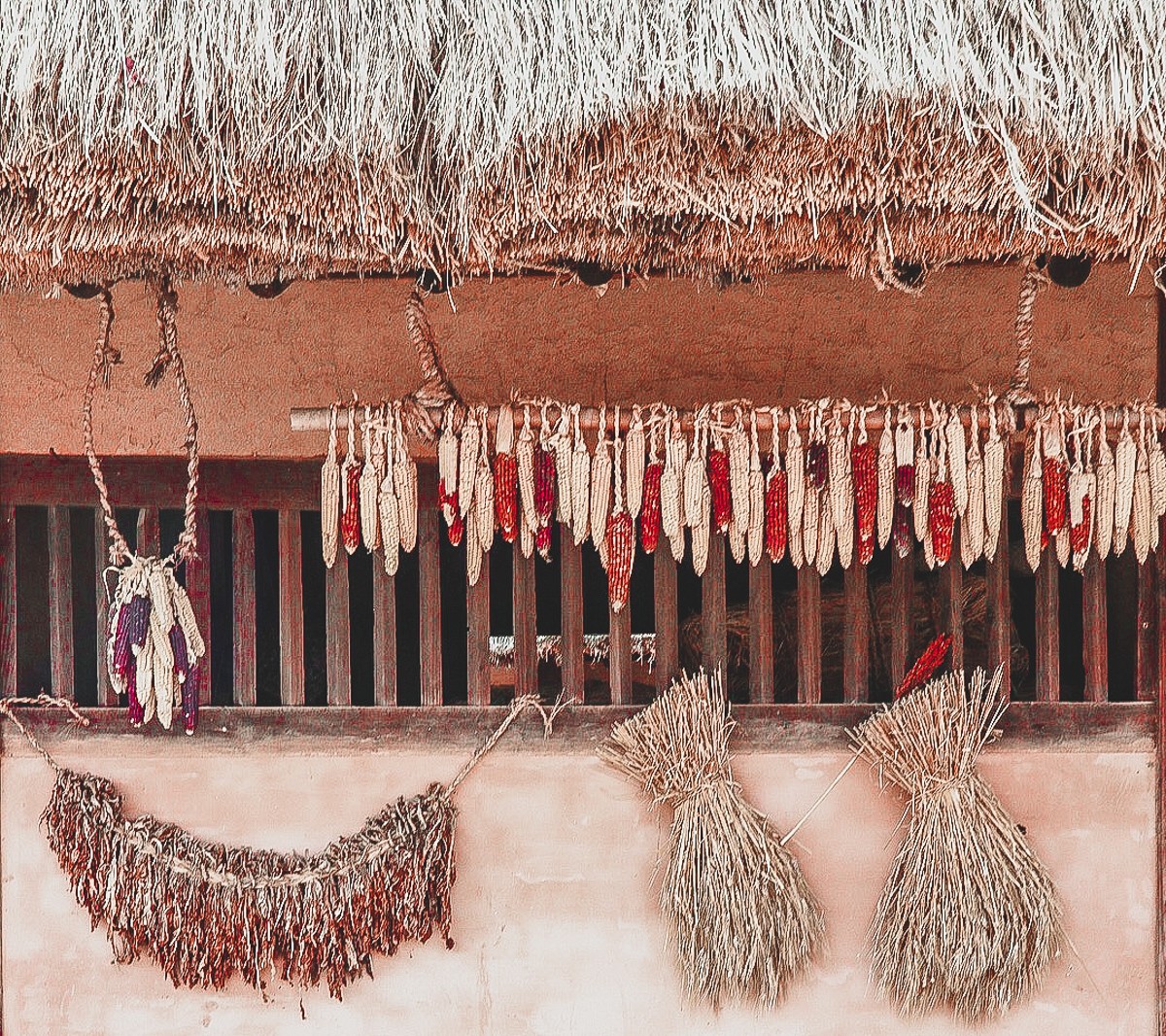 The real houses where people once lived were transported and gathered there. Thus, the Folk Village is the heart of it: with houses of people of different social classes, governmental houses, educational organizations, craft masters houses, and a little Folk Museum. Other areas are a Market Village with a few cafes and souvenir shops, Amusement Village with various attractions such as carousels and coasters, and the Market place with Korean Food Court.

You have a great opportunity to witness how life in the typical village was settled, how the space was divided between habitants of various professions, what were the main annual events in their lives and they were celebrated. There are also several activities you can try there such as horse riding, metalwork and woodcutting masterclasses, various  performances – and of course to try lots of traditional food. We were lucky to see a Korean traditional wedding ceremony too – very slow-paced and all build around the bows. 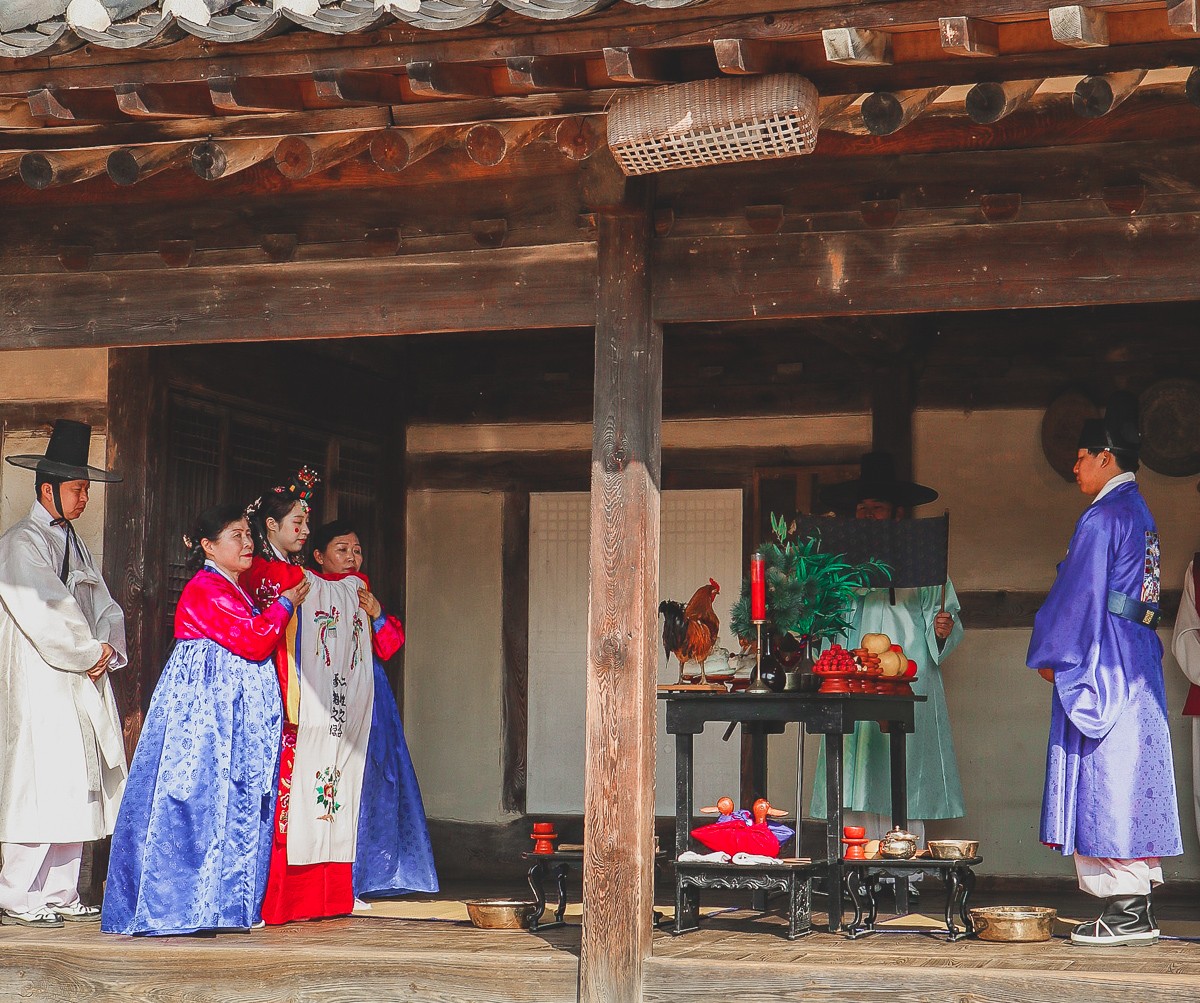 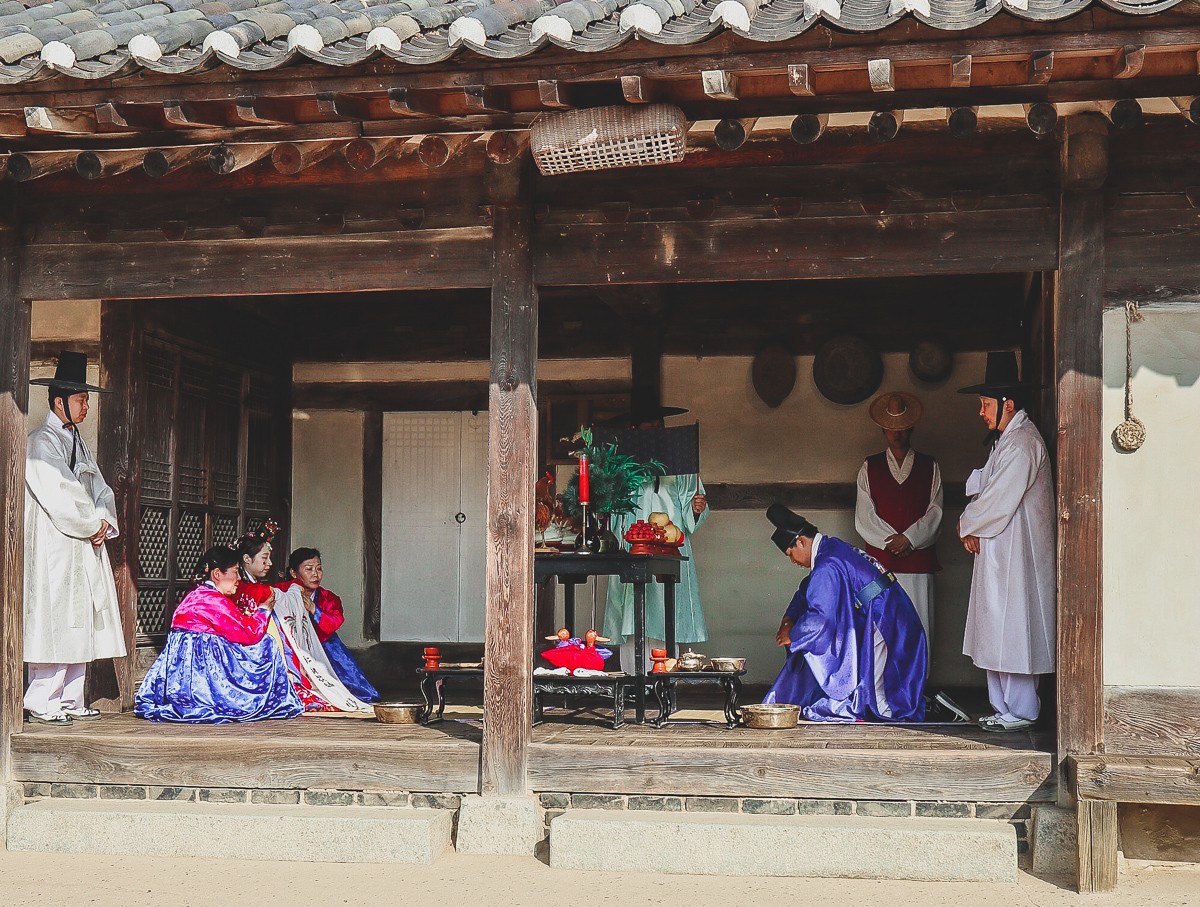 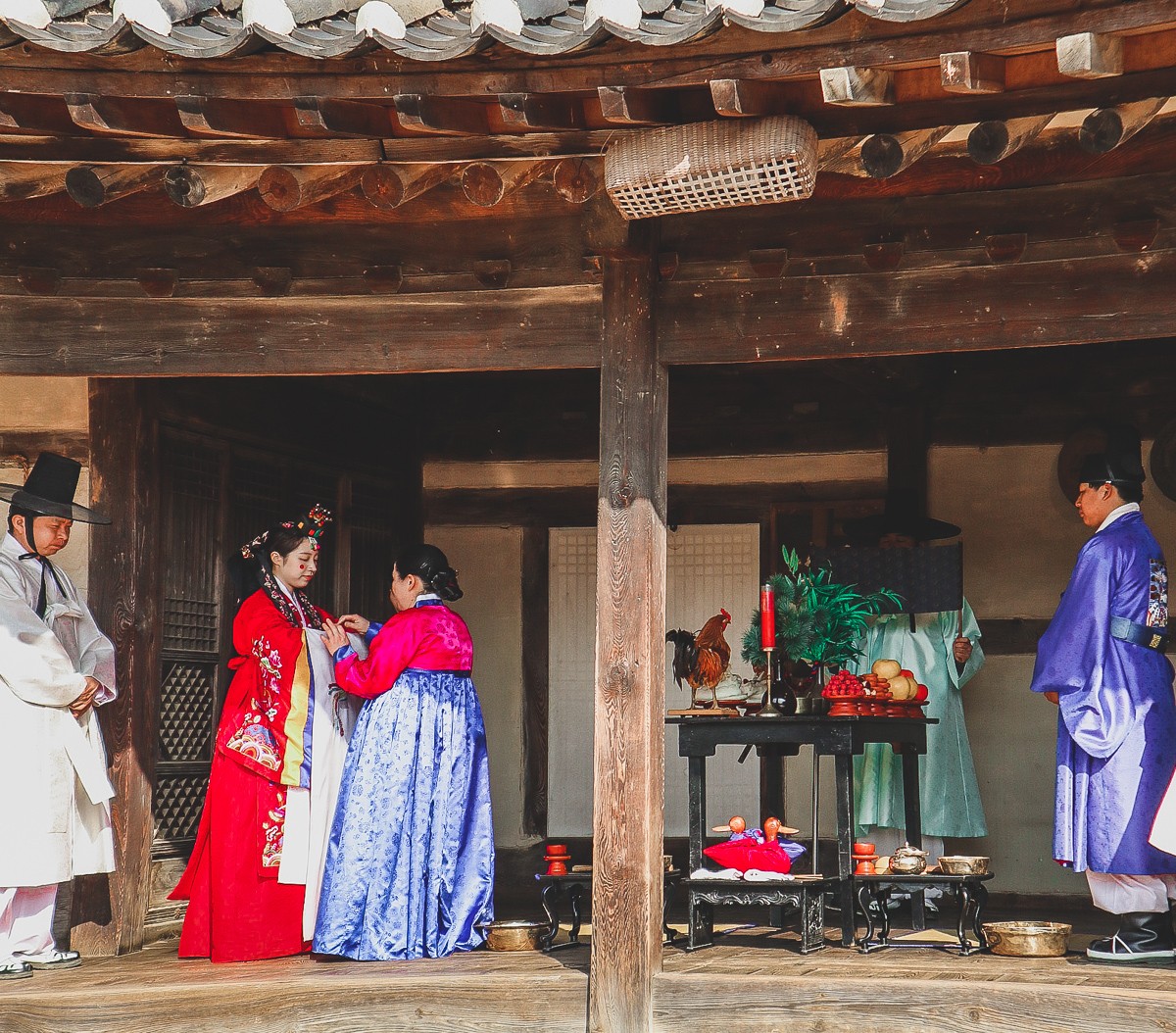 If you like amusements parks, Everland, the largest Korean one, is located pretty close!

Wawoojeong Temple is a tranquil and serene Buddhist temple near Yongin. If you have a spare half a day, don’t hesitate to visit this place – and you can combine it with the folk village if you like. 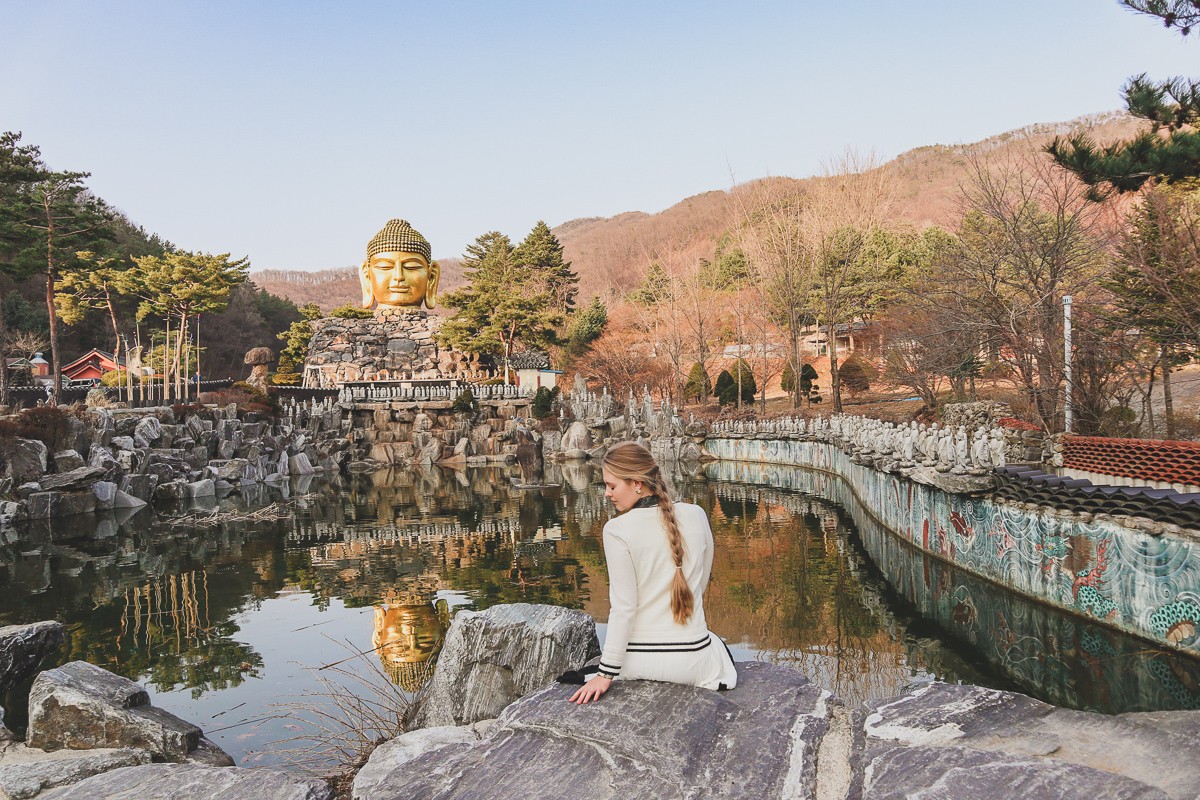 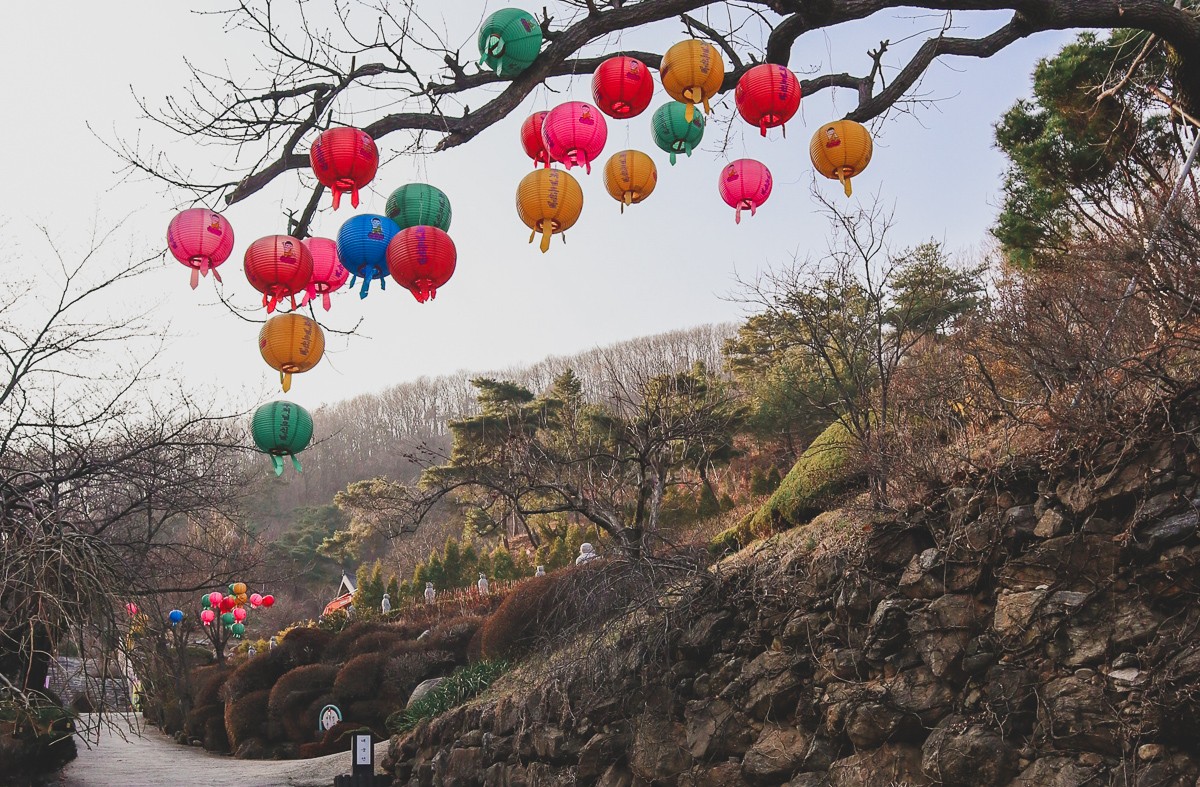 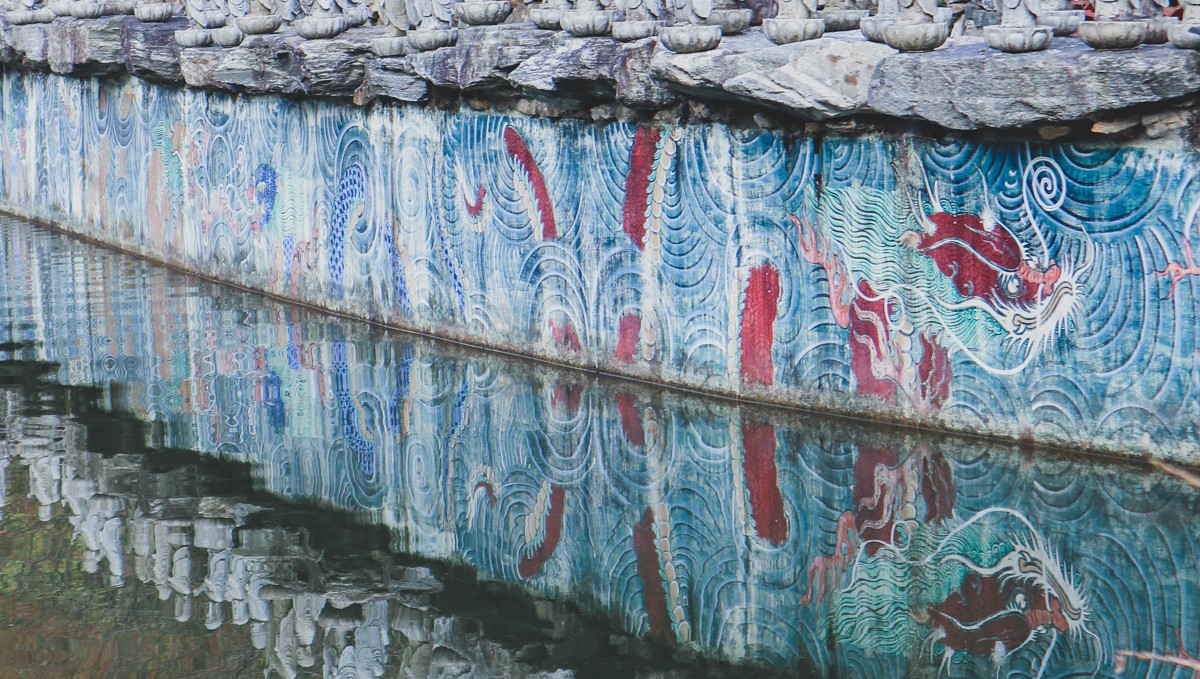 This place is absolutely stunning peaceful  and lost in the mountains and, if you are in a rush, you can explore the whole of it pretty quickly. Otherwise, you can spend eternity meditating or enjoying nature.

As we were told, the monk Haegeun Kim, a refugee from North Korea, established this temple in the 70s and dedicated it to the idea of Unification of Korean nations. You can find here a world famous reclining Buddha, Reunification Bell and a giant golden Buddha head looking over a lake.

This place is also sometimes called The Temple of a Thousand Buddhas – and guess what? There are really hundreds of them over there, of all sorts and kinds! 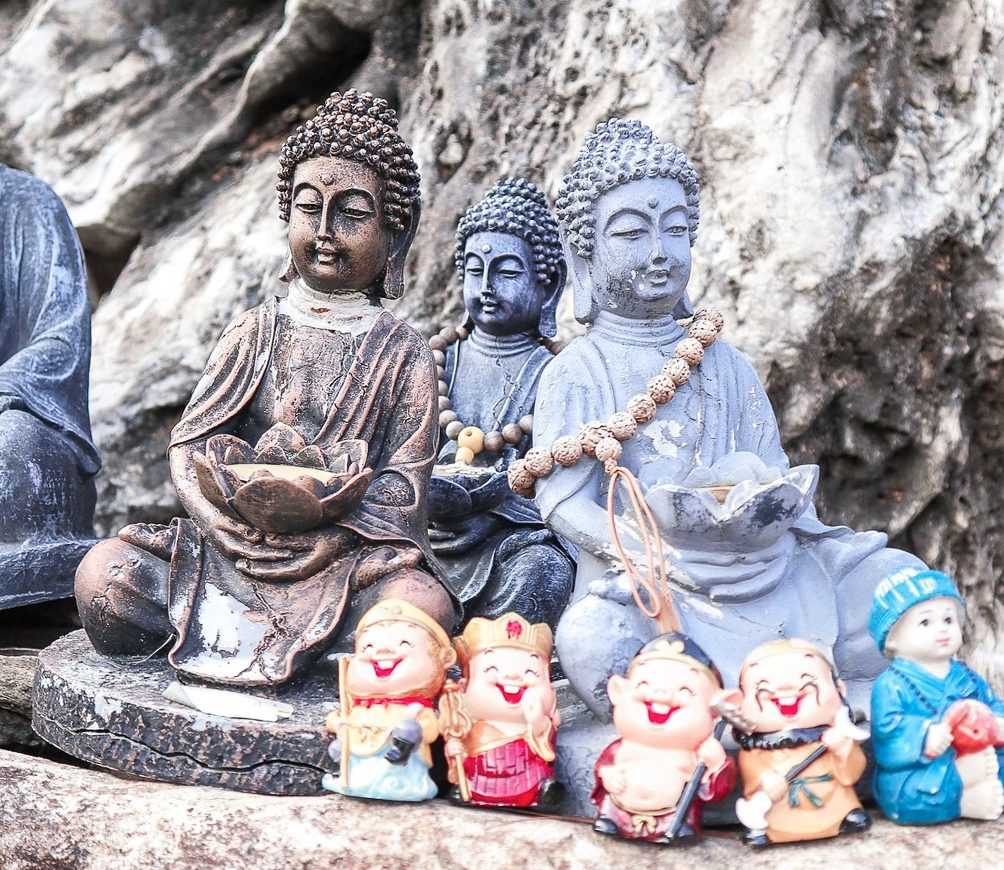 Another very popular destination is The Korean Demilitarized Zone, or DMZ, a buffer zone between South Korea and North Korea that was established in 1953. Although many tours eagerily go there, it’s also a location for political meetups and, potentially, a frontline of a war. You might’ve recently heard about it in the news because US President Donald Trump has met with North Korean leader Kim Jong-un.

You can visit only with a guide and in a tour (so we did – from the side of South Korea), so book in advance if you choose this option. Tours vary in length, and there are strict rules of behavior and dress code while you at the DMZ. Also don’t forget to take your passport with you!

You will learn the heart sinking history of one nation divided by war and now by borders, and the whole trip just leaves you longing for peace and unification of Korea. There are a few places of interest you can visit or at least have a glimpse of during your tour.  Freedom Bridge that connects two countries. Odusan Unification Observatory where you can have a glimpse on the North Korean territories, Infiltration Tunnels -where you go down into one of four (discovered so far) tunnels that were dug from the side of North Korea towards Seoul in the time of peace. In the Joint Security Area you can even step on the North Korean Territory! 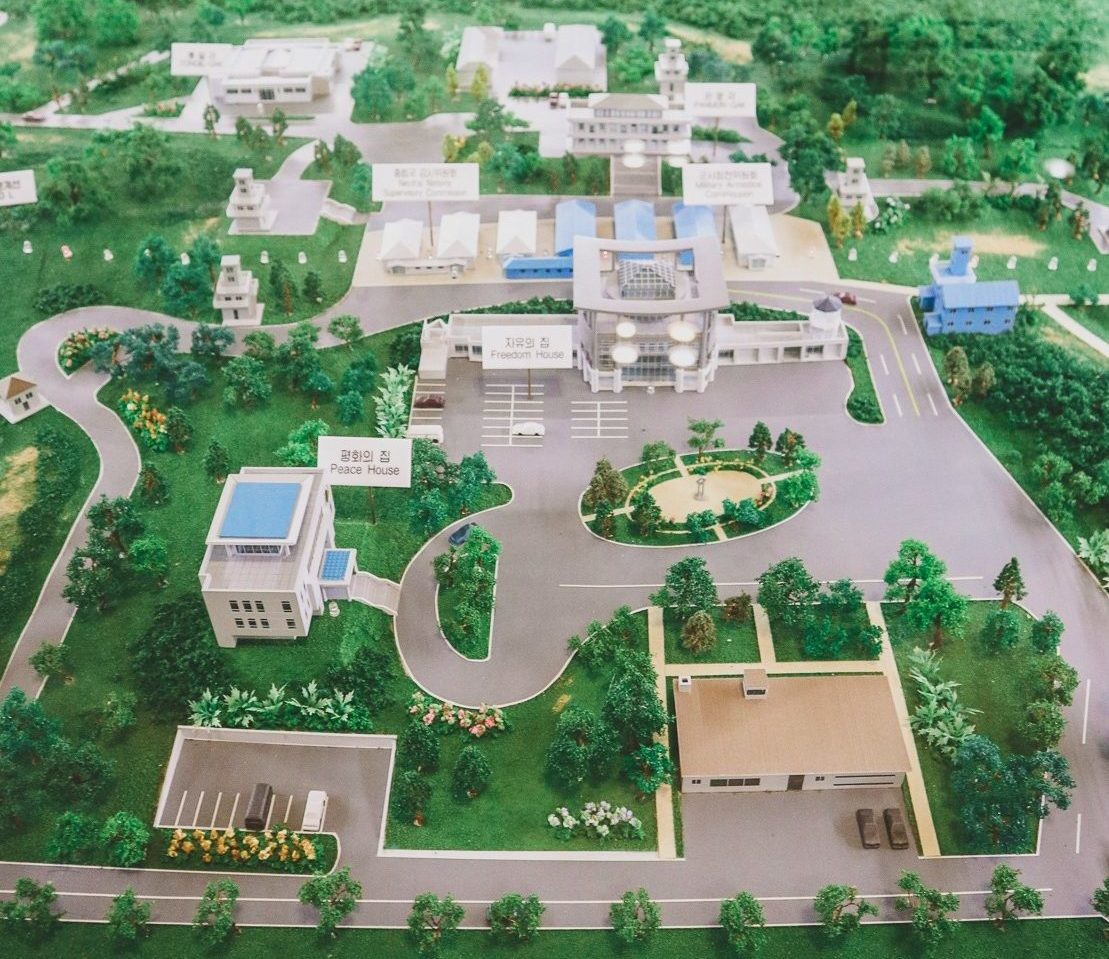 In the dream of unification the train station was also built there  – and you can also watch how the train connection to Pyongyang, North Korea, might come true one day.  Will it really happen? Although there are some inspiring changes between countries in the last years, no one really knows when (even if) DMZ won’t be needed any longer.

After our tour we were additionally brought to some amethyst fabric aka shop. I fell heavily prejudiced against buying something there but some members of our group contributed to it too 🙂 Nevertheless, our tour was very informative, and I had no bad feelings left about it.

Last landmarks from my list are located in the capital of Gyeonggi-do province – Suwon. What is special about it? It’s a very well-preserved walled city which importance is recognised by UNESCO. One of its main seesights is Hwaseong Haenggung Palace located on the foot of Paldalsan Mountain completed in 1796. 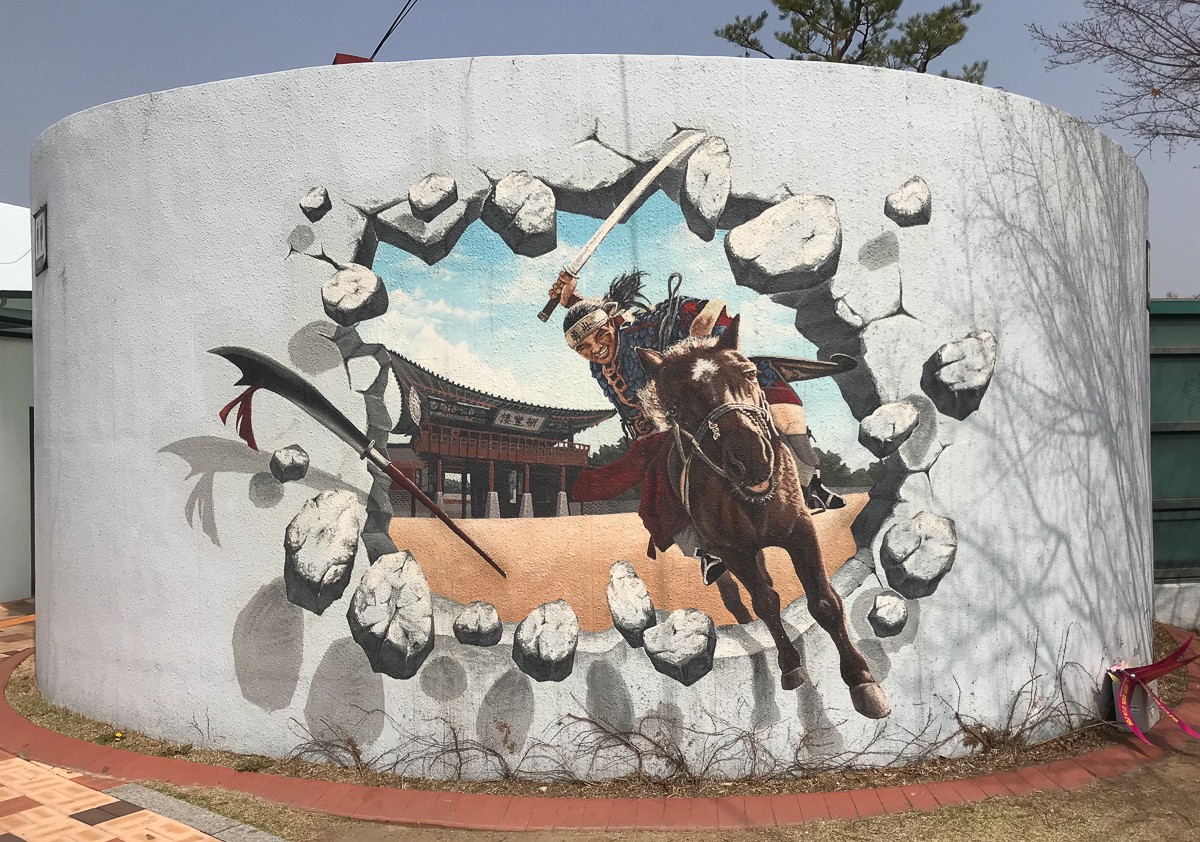 It was erected as a temporary residence where the King Jeongjo and royal family stayed away from Seoul. At the court at that time there were a lot of political tensions, intrigues and even deaths: the king’s father Prince Sado was presumably killed – starved to death by his half-brother. Thus, Hwaseong Haenggung Palace became a place to keep King Jeongjo’s father’s remains safe. 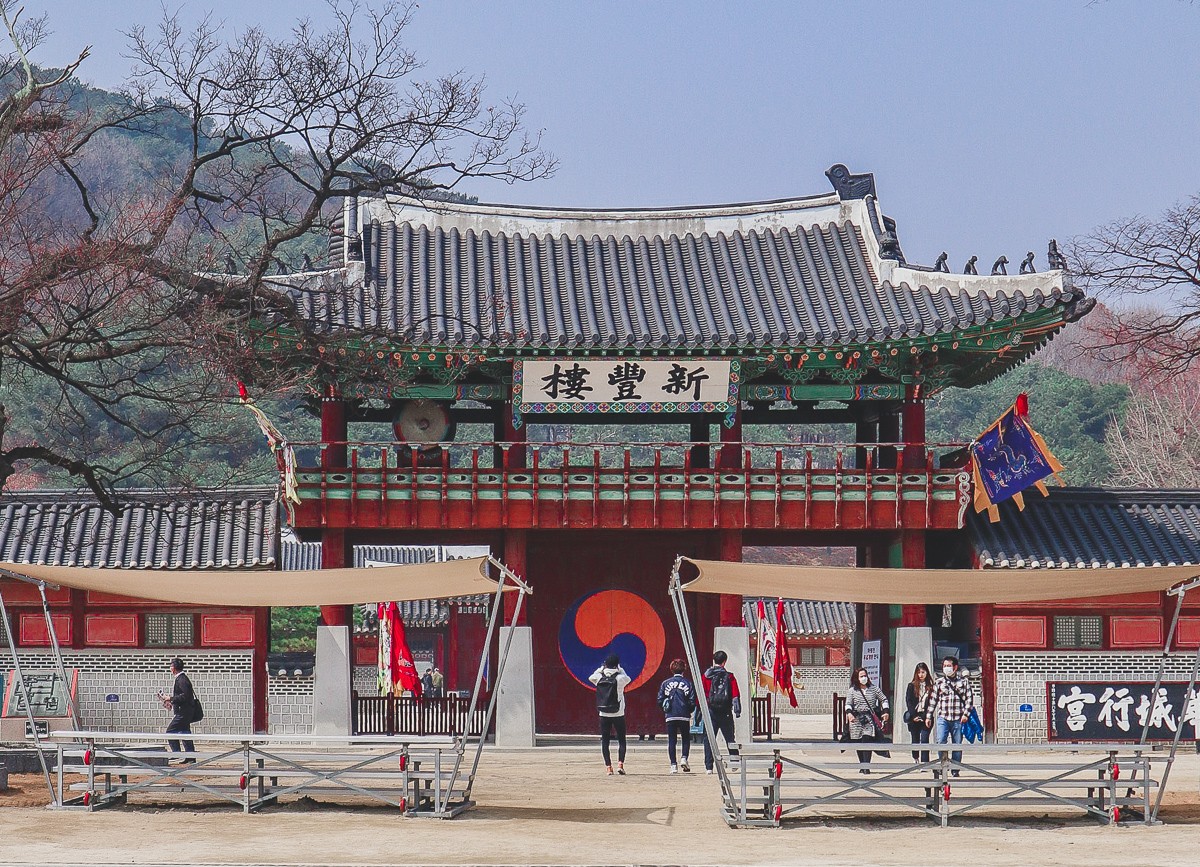 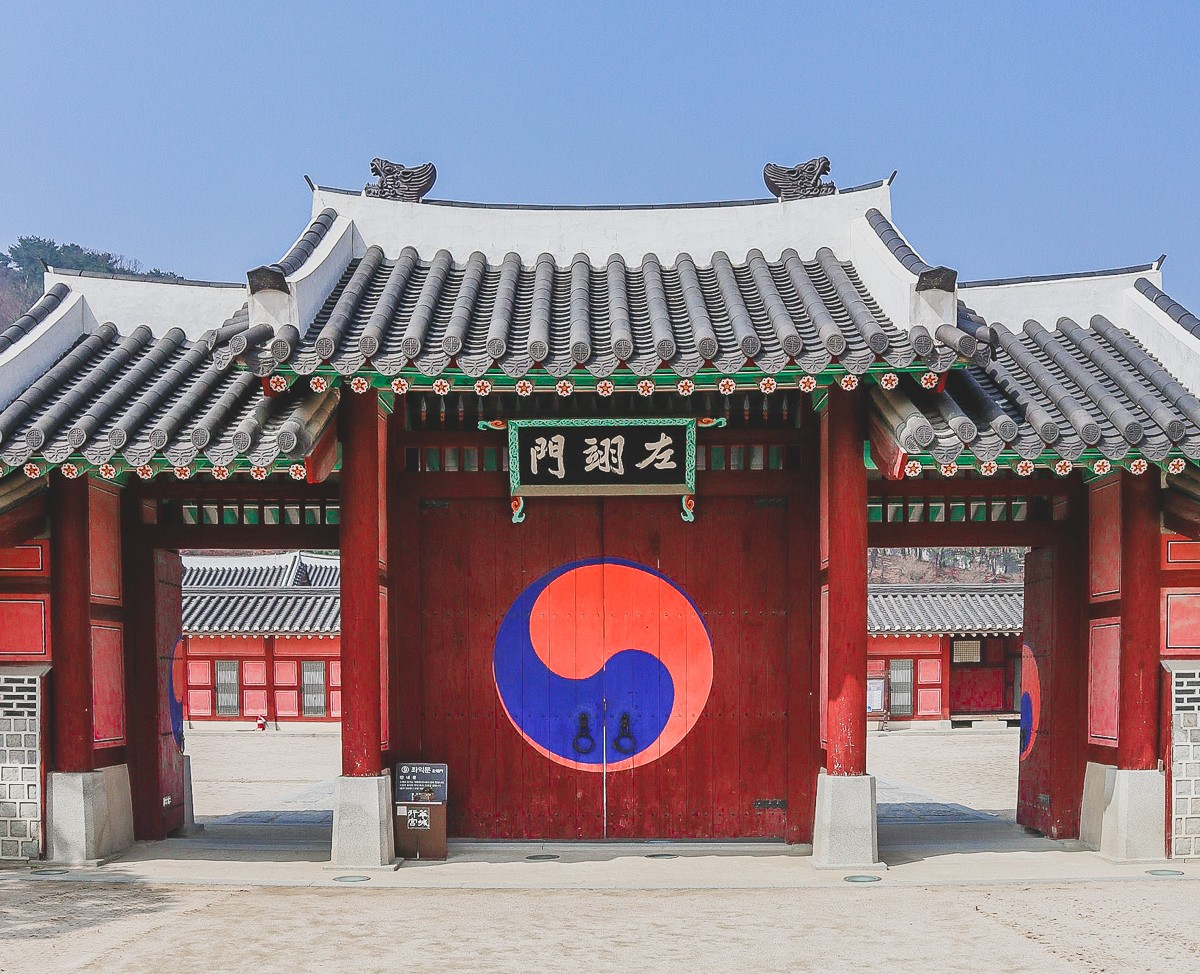 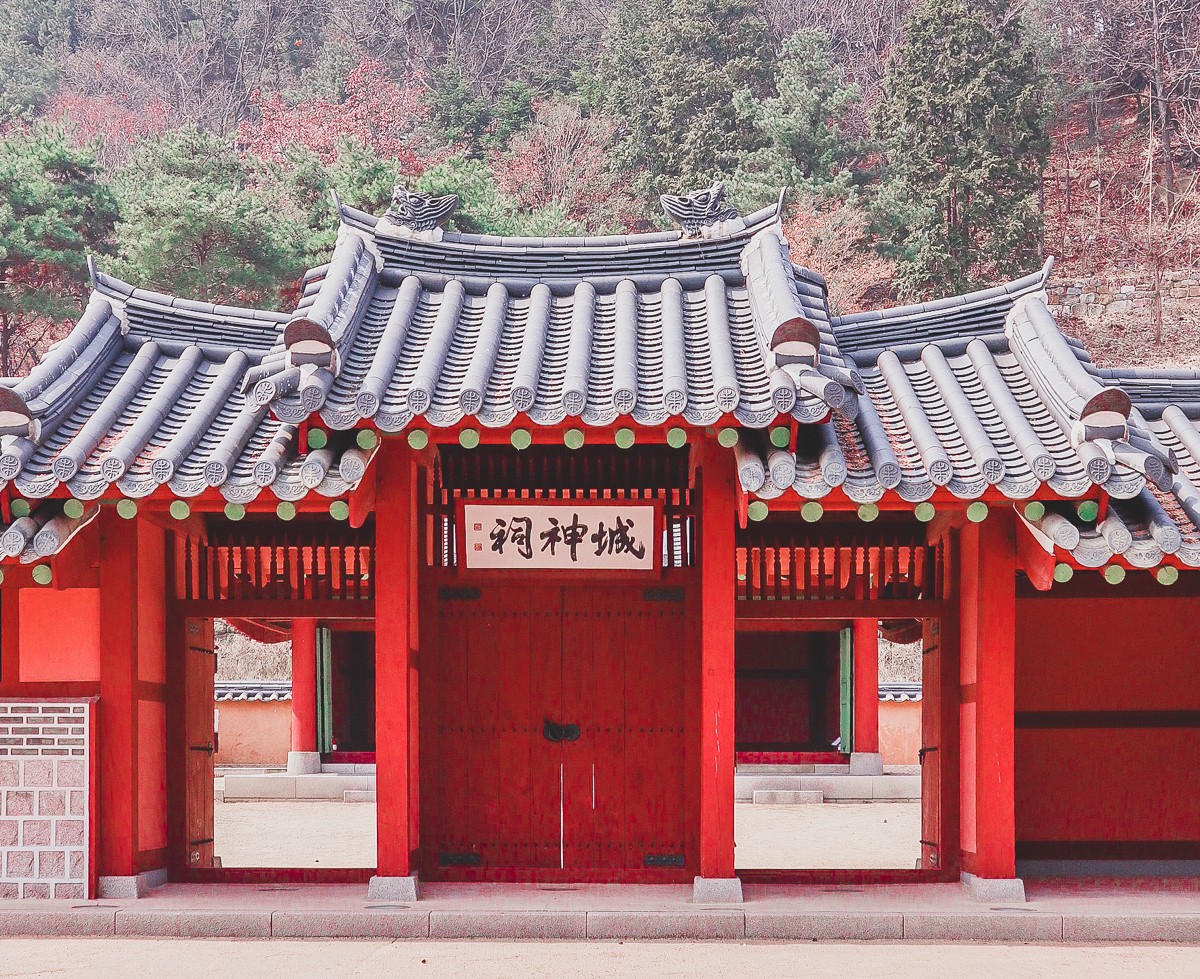 Although now it’s much more compact than Seoul palaces (say, Gyeongbokgung Palace), it’s very charming and its architecture is still impressive. Just lazily walk through the gates along the constructions with wonderful names such as ‘a pavilion where one can leisurely rest in his old age’. Check the timetable for Martial Art performances and Guards ceremonies. 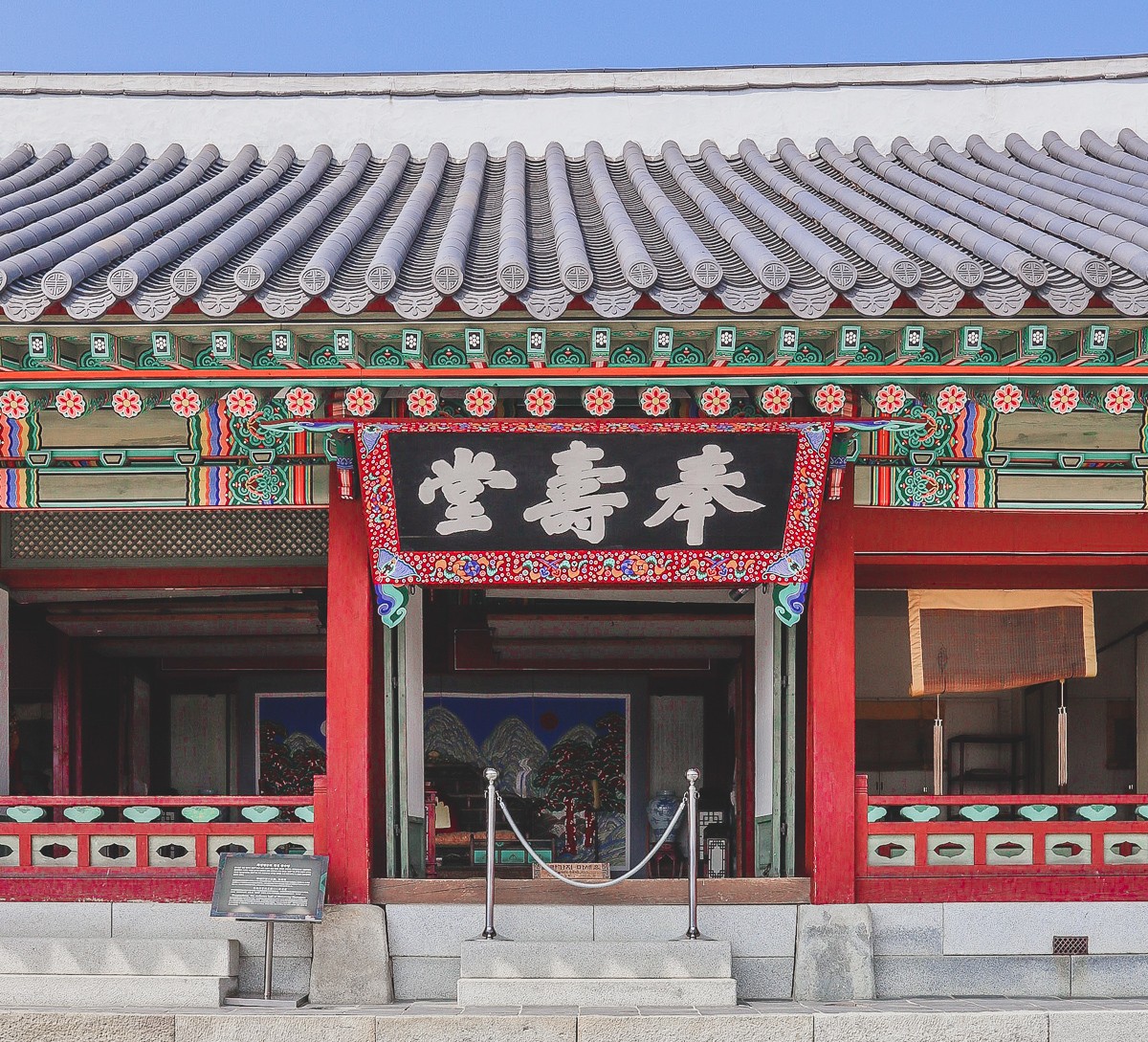 And as usual, Koreans make a huge effort to illustrate the routine of palace life. Stay alert for all the details of music instruments, feast filled with food and drinks, paintings in the ceremonial hall. Check my blog about palaces of Seoul for more information.

Its history reflects the destiny of many other landmarks of Korea: it was restored just at the end of the 20th century after many years of decay after the Japanese invasion.

Finally, Hwaseong Fortress is of the most impressive surviving fortresses in South Korea – and it was built not only according to the tradition but also up to the military strategic plans and scientific-based planning and was built to defend against all sorts of arms: arrows, firearms, and swords. 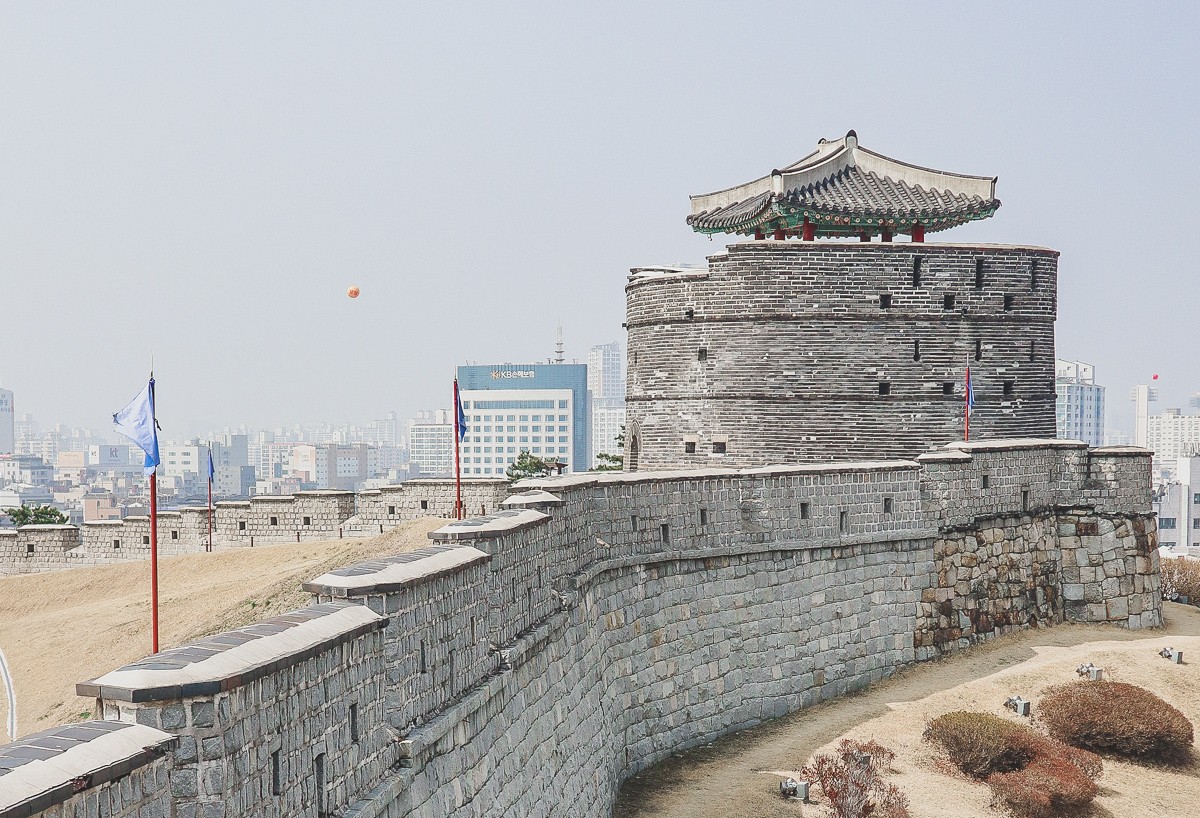 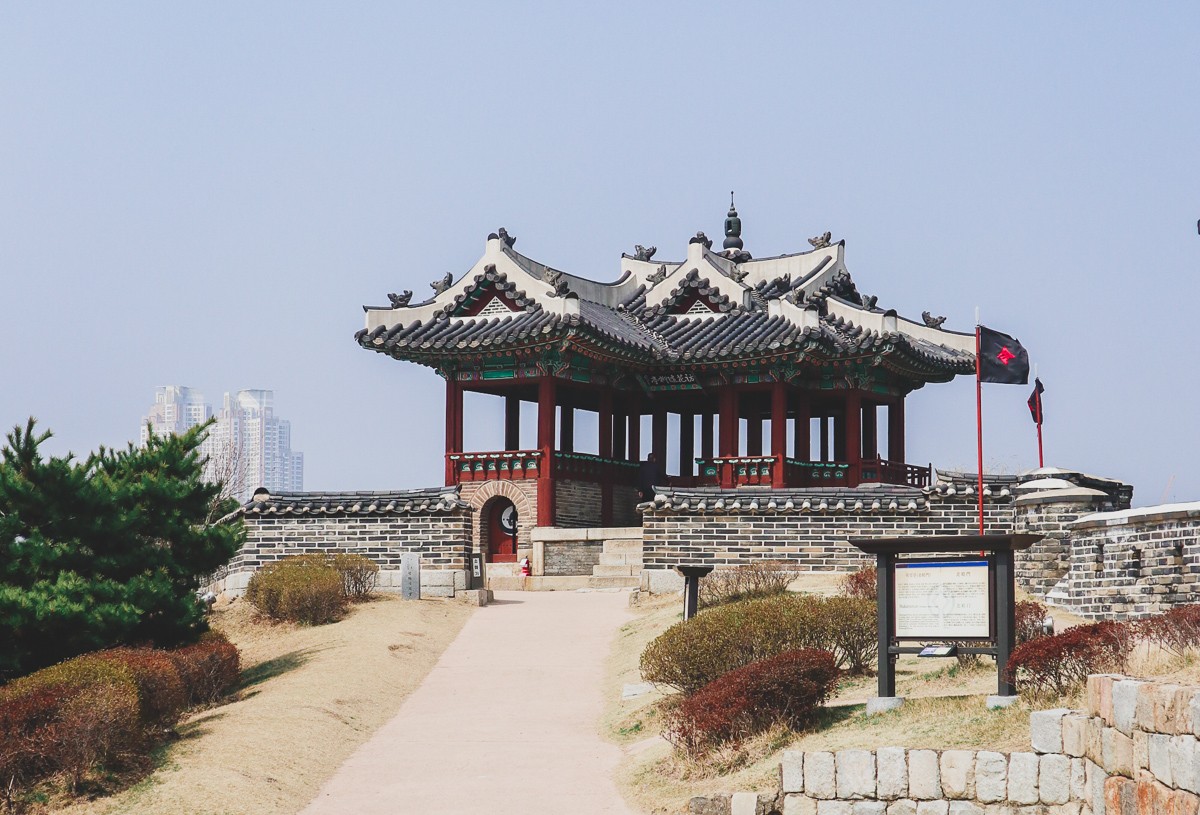 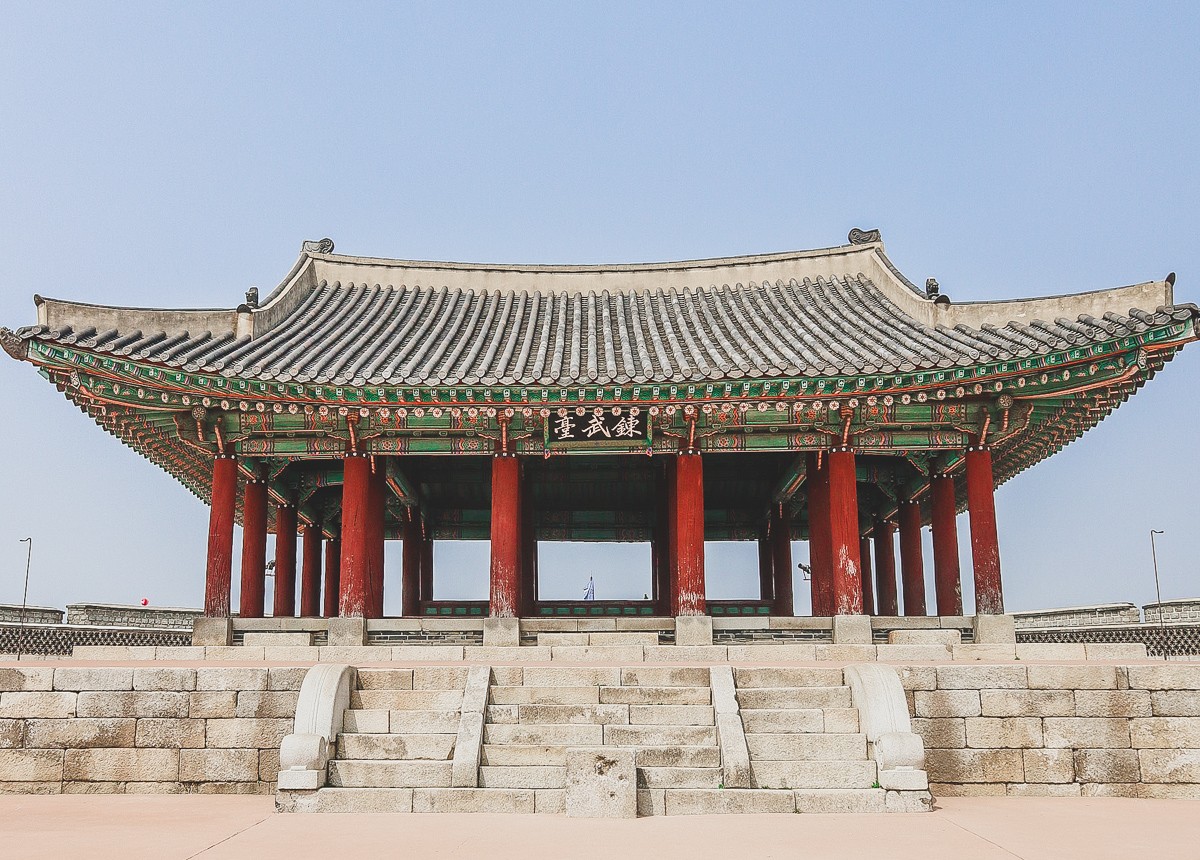 This reflects the main purpose of it – defence – 5.74 km in length and built in the 18th century to protect the palace, its massive walls still look quite impregnable. Nevertheless, I must admit that the Suwoncheon river didn’t look at its best during our visit.

Apart from walls, many other functional elements of the fortress survived the tough times too: four main gates (Paldalmun, Hwaseomun, Janganmun and Changnyongmun), multiple bastions, command posts, observation points, towers, floodgates and others. Don’t worry about the information about each one – there are many inscriptions in English throughout the fortress! 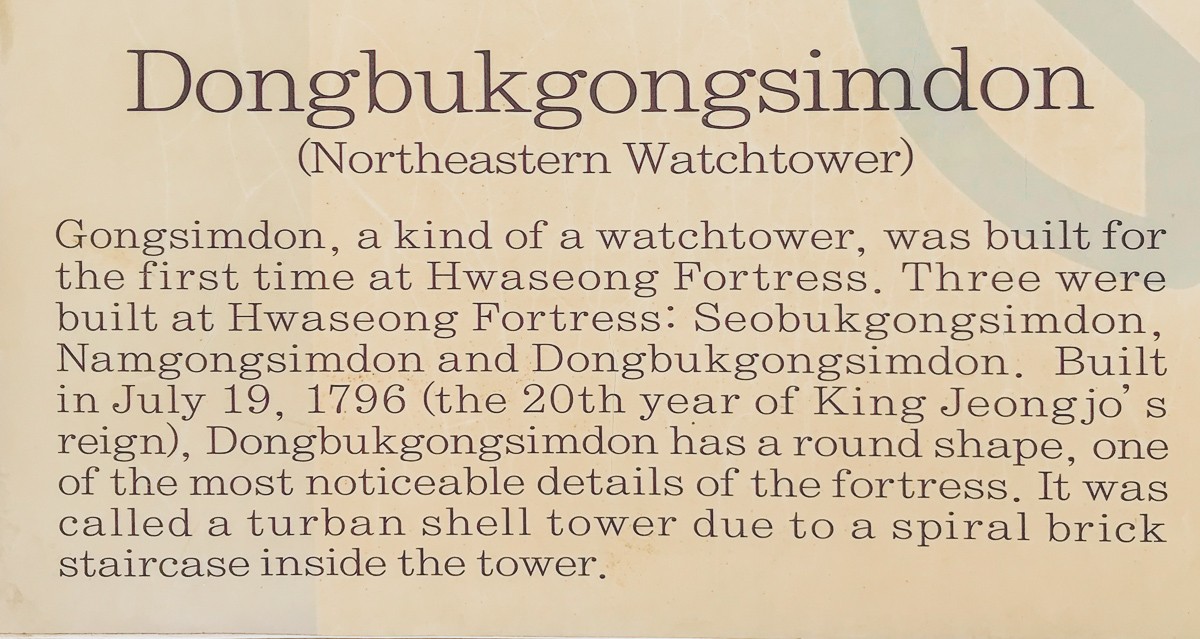 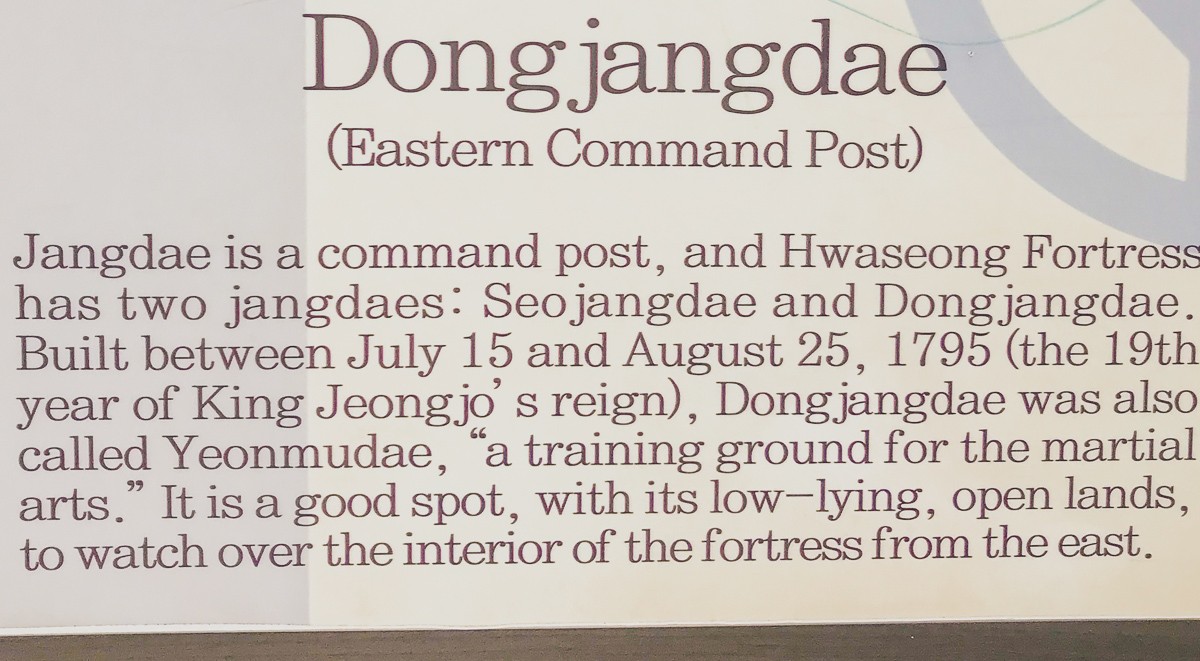 Just take your time, wander around, observe the area outside the fortress from the walls too, maybe enjoy some touristic activities. 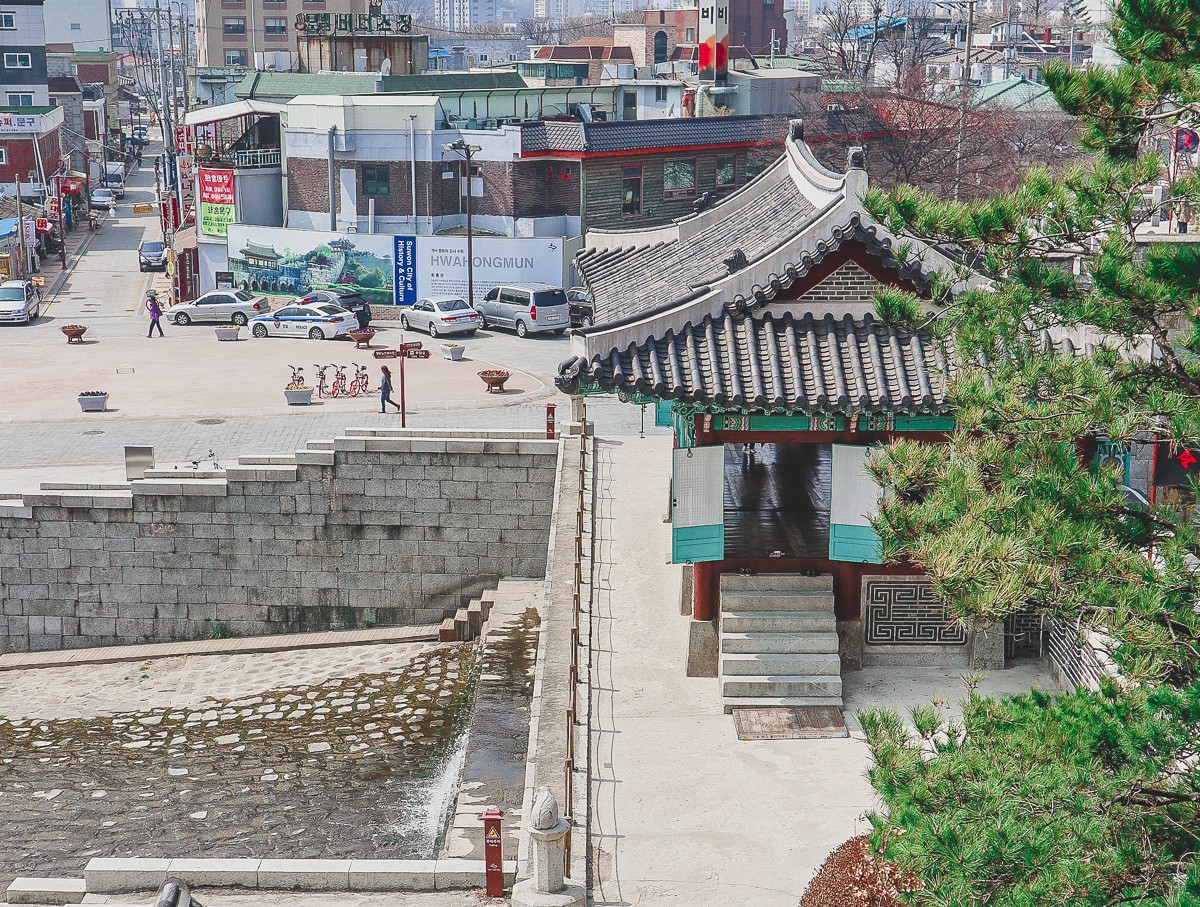 We also took a drive to a giant Buddha statue overlooking the palace and keeping his hand in Jnana Mudra and Vitarka Mudra respectively – and the temple there was so beautiful!

Sadly, I couldn’t find more information about it in English.