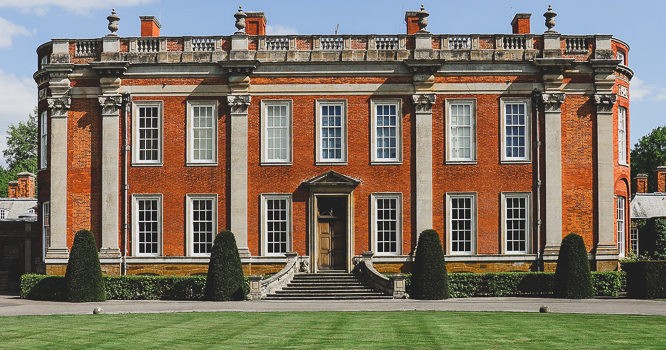 Discover the beauty of Cottesbrooke Estate

It’s time to dedicate more time to British travels over the next few months – so let’s begin with Cottesbrooke Estate in Northamptonshire! This May we were doing our favorite thing: exploring various British manors. They are particularly beautiful in May with the sun shining (well, sometimes) and flowers blooming. 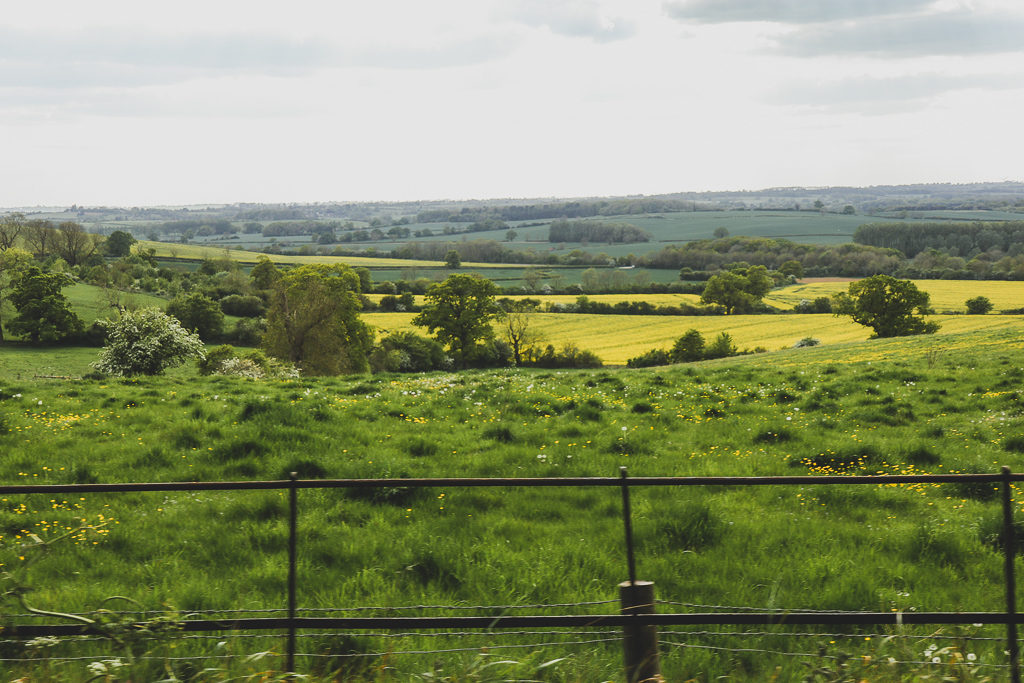 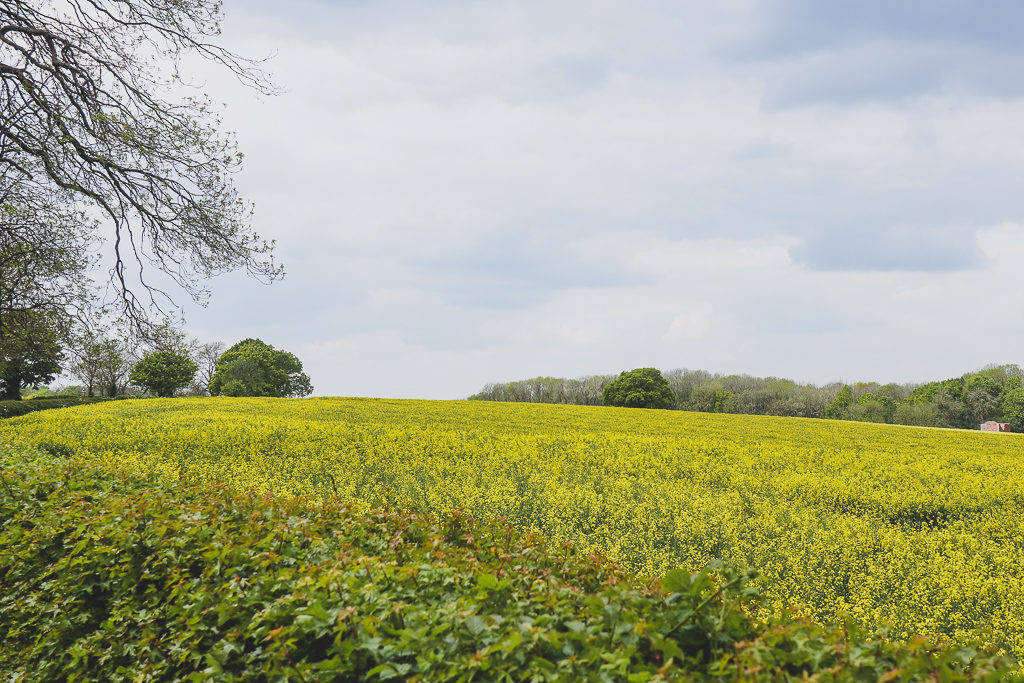 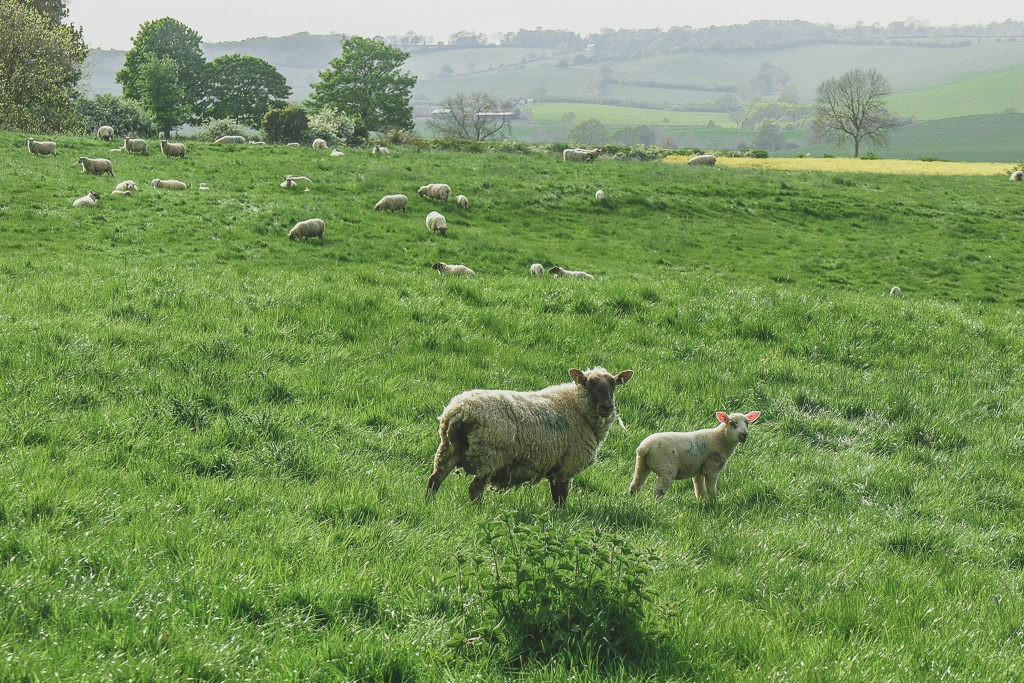 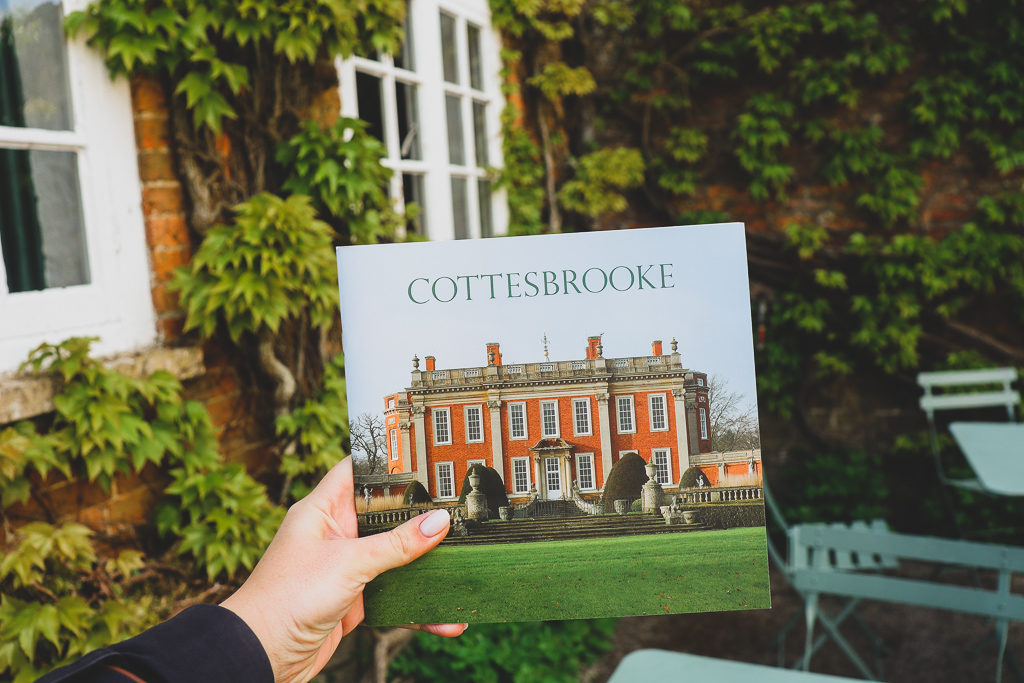 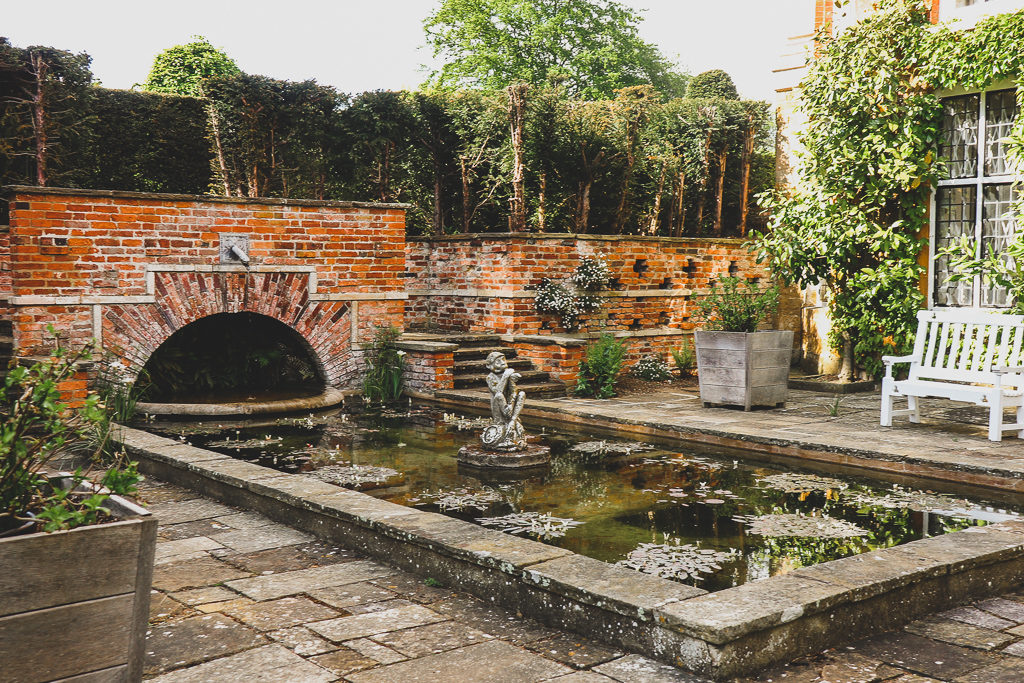 Important: Cottesbrooke Estate is privately owned and is opened to the public just a few days a week and only during the warmer season. Plan your visit well ahead and check its opening times on their website! Besides that, the only way to access it is by car.

When you first approach the manor, you have to cross a wonderful three-arched bridge over a lake. Isn’t it a perfect way to set a proper mood for your visit? 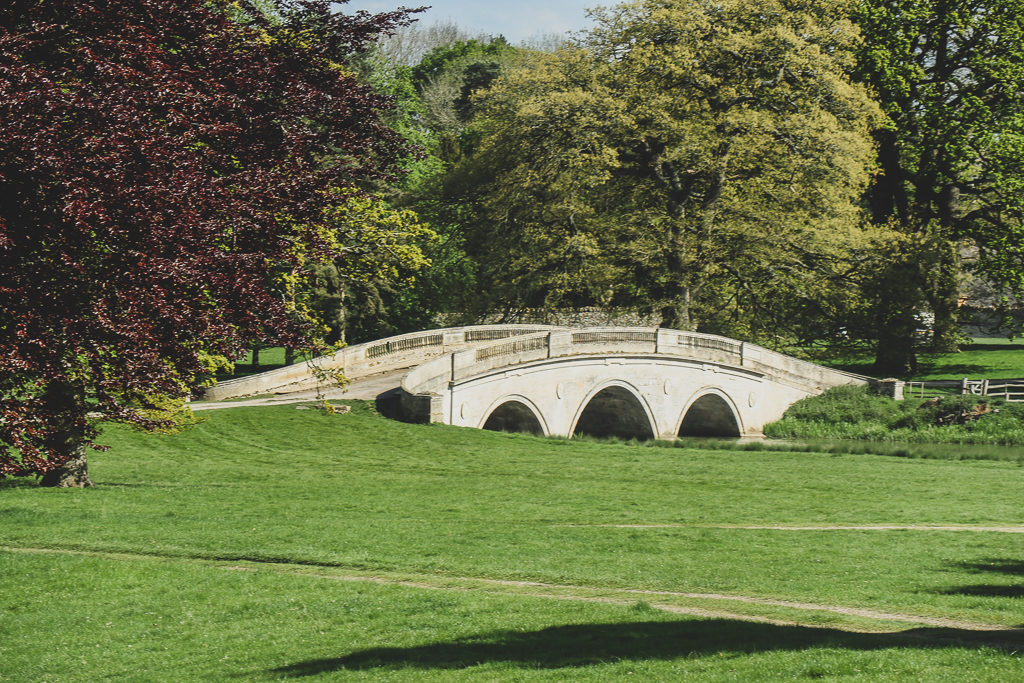 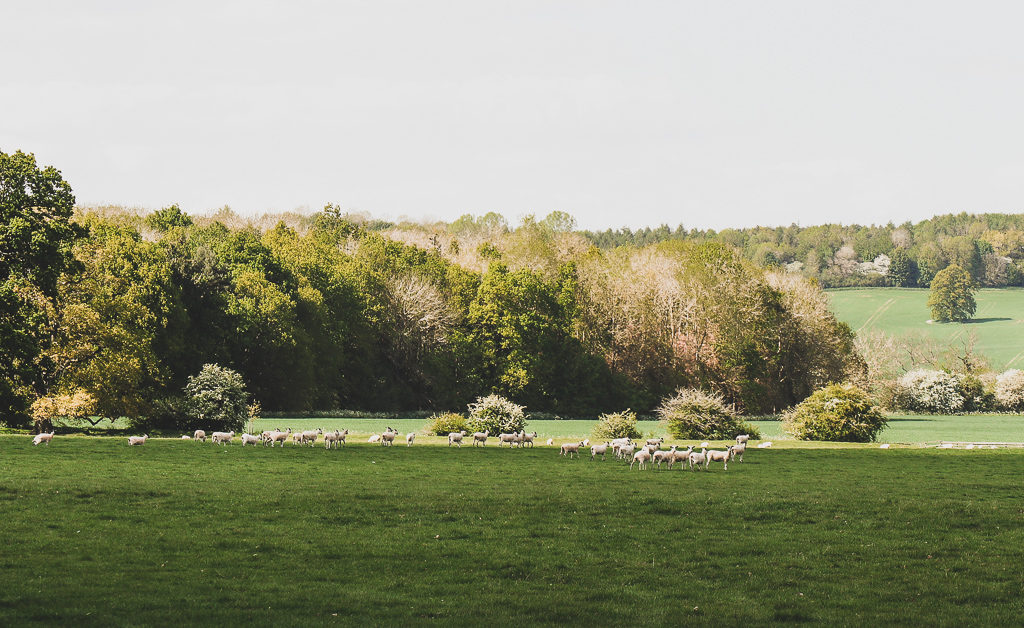 Besides that, there are lots of sheep all around – and they bring me, a child of concrete and glass city, a pure joy. 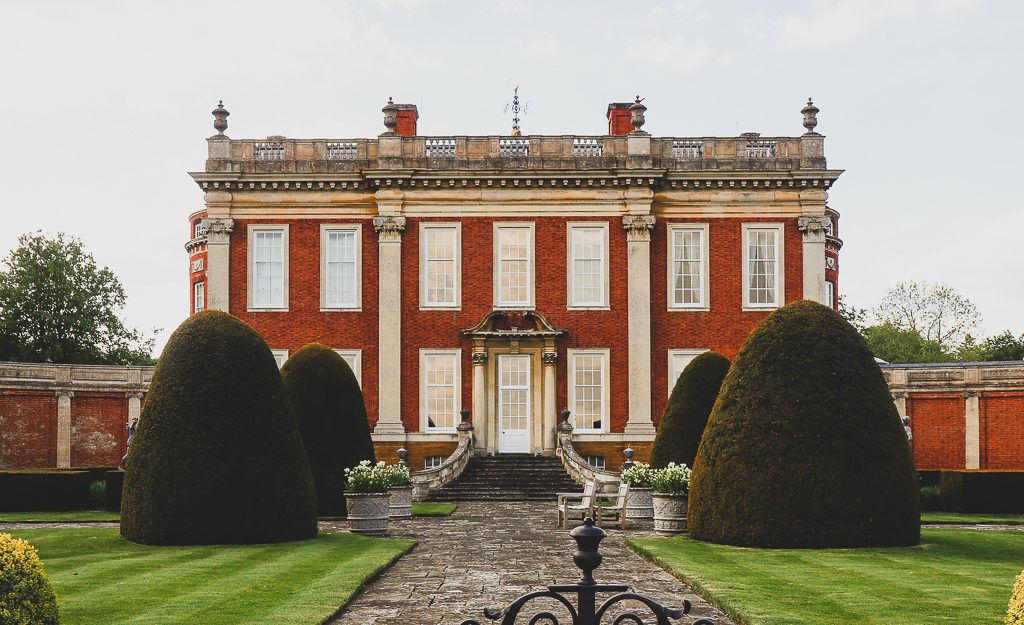 Sir John Langham acquired the estate in 1635 and Cottesbrooke Hall was most likely designed by Francis Smith of Warwick at the beginning of the 18th century. This manor is a perfect example of Queen Anne architectural style and later additions to it are decorated in the Adam manner. Among the interesting interior details are papier mache wall decorations and use of pine. 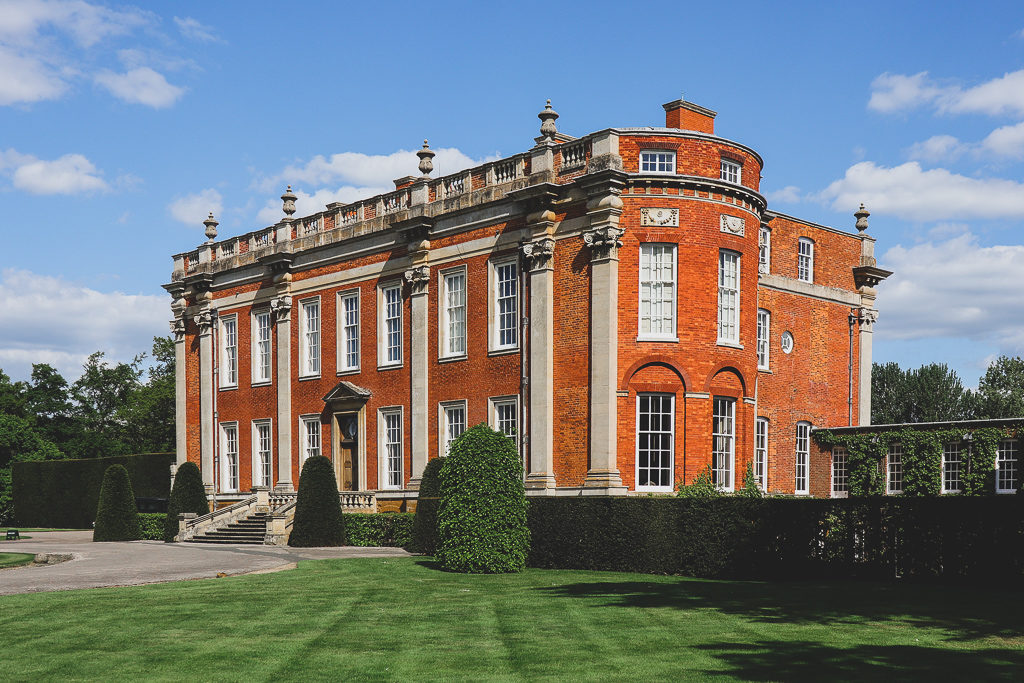 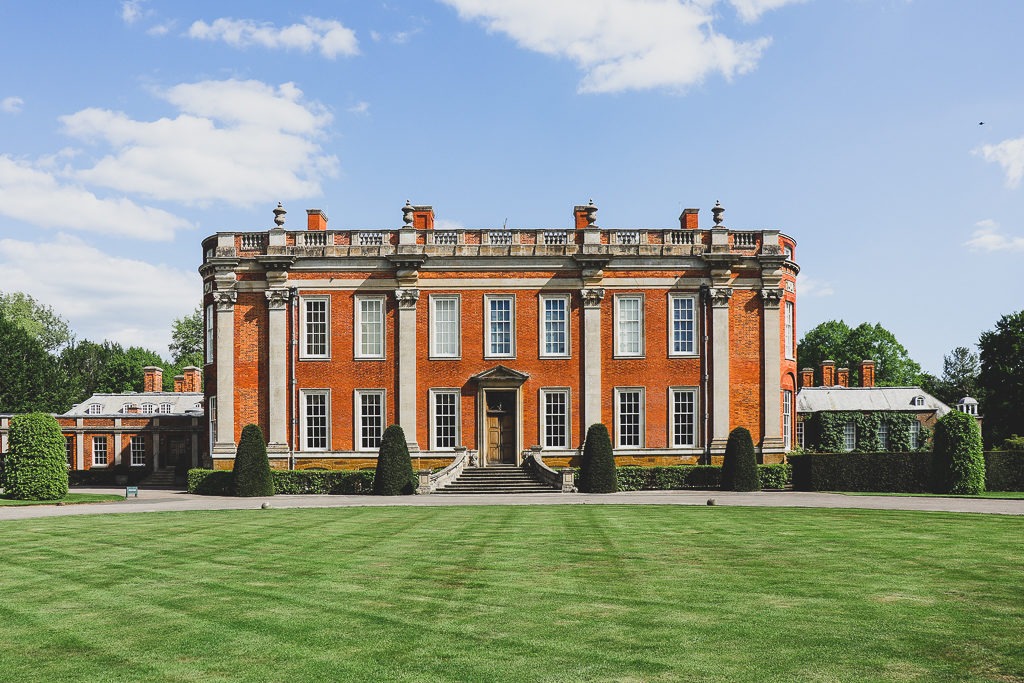 In 1911  Langham family sold the estate to Captain Robert Bingham Brassey and since 1937 it’s owned by the Macdonald-Buchanan family. We arrived right on time for a guided tour – as it’s still privately owned, you cannot just wander on your own, unfortunately. 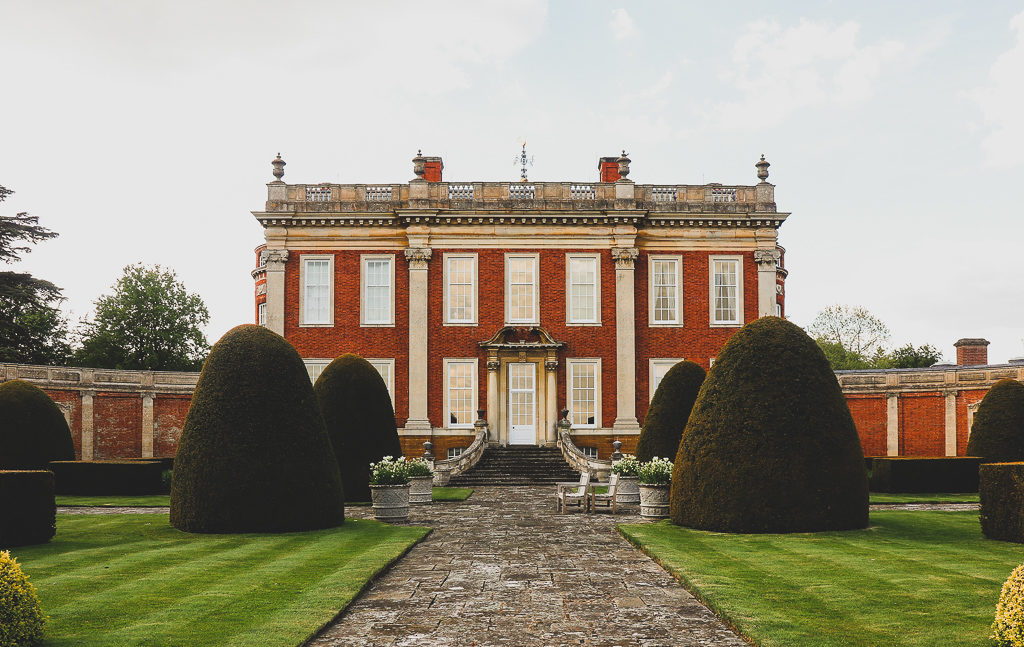 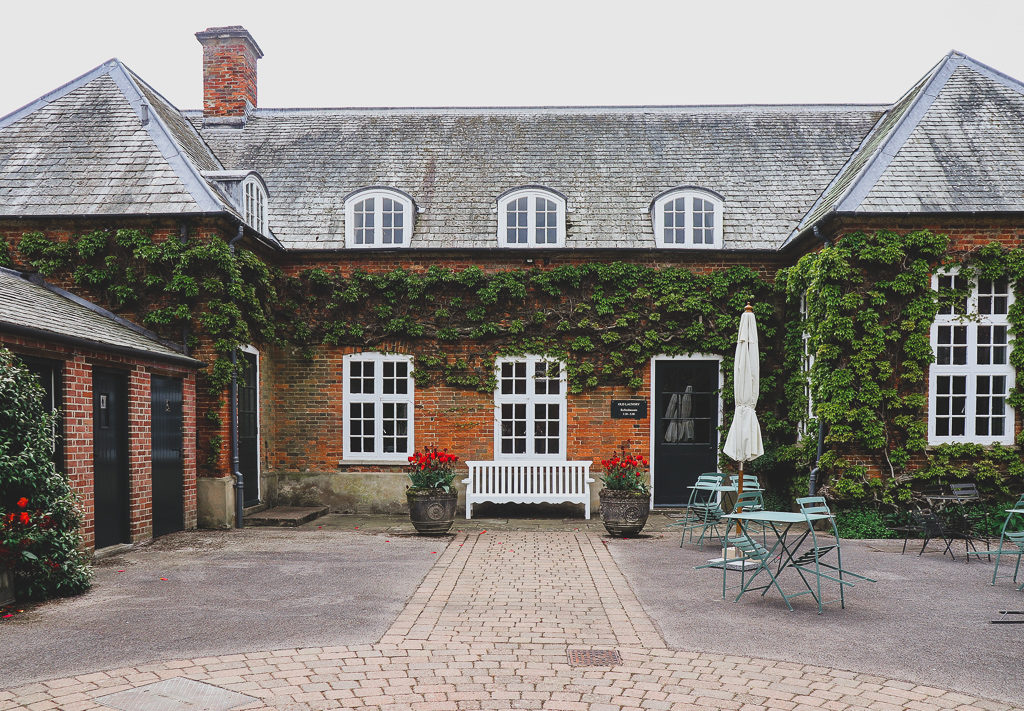 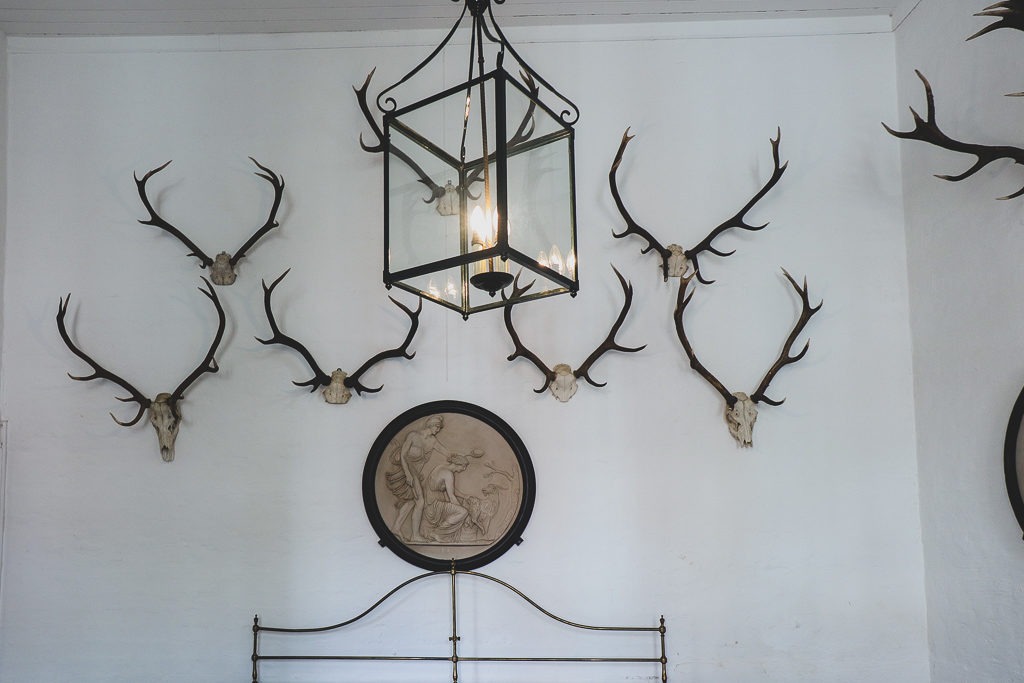 Interesting: Famous Sisi, the Empress Elisabeth of Austria and Queen of Hungary, who loved hunting stayed there on several occasions and, as the gossips say, had several affairs there 🙂

Unfortunately, as I’ve already mentioned, photography is not allowed inside and consequently, I don’t have my own material to illustrate my words. But just believe me – it’s all about horses and equestrian-related objects! Sir James Buchanan, grand-grandfather of the today’s owner, started collecting the sporting art in the 19th century, and later it became known as The Woolavington Collection because he received a title of Lord Woolavington in his later years.

Now it’s arguably the best collection of its kind in the whole of Europe! During the tour, you’ll see multiple pieces of art by George Stubbs, Ben Marshall, John Frederick Herring, and Alfred Munnings among others. I enjoyed the collection of Chinese porcelain as well.

Interesting: although while it’s said that Cottesbrooke estate inspired Jane Austen’s Mansfield Park, there is no evidence that she actually visited this Estate (but her brother did), as we were told during our tour.

I’d say that the garden is the gem of the estate. The general structure of it dates back to the 18th century but the family of current owners invested a lot in it in the 20th century.

Just look at these flowers, ponds, benches, pots, stone walls, climbing plants, gnarled old trees, statues…  You don’t have to be a botanist to notice that the variety of plants present is really astonishing. And I particularly loved the vibes of the Italian garden! 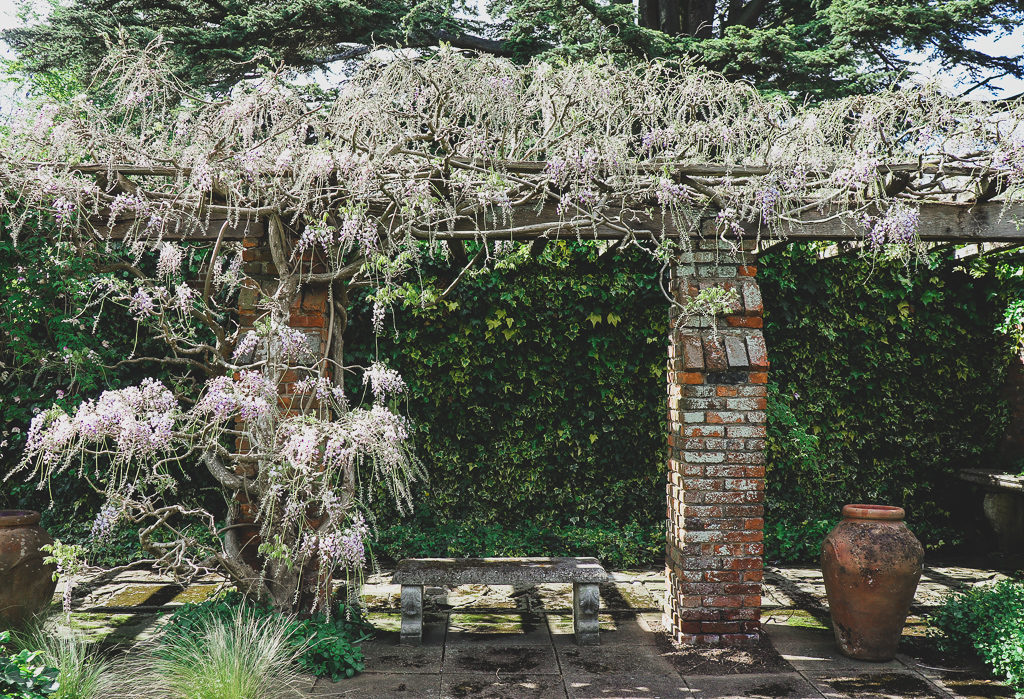 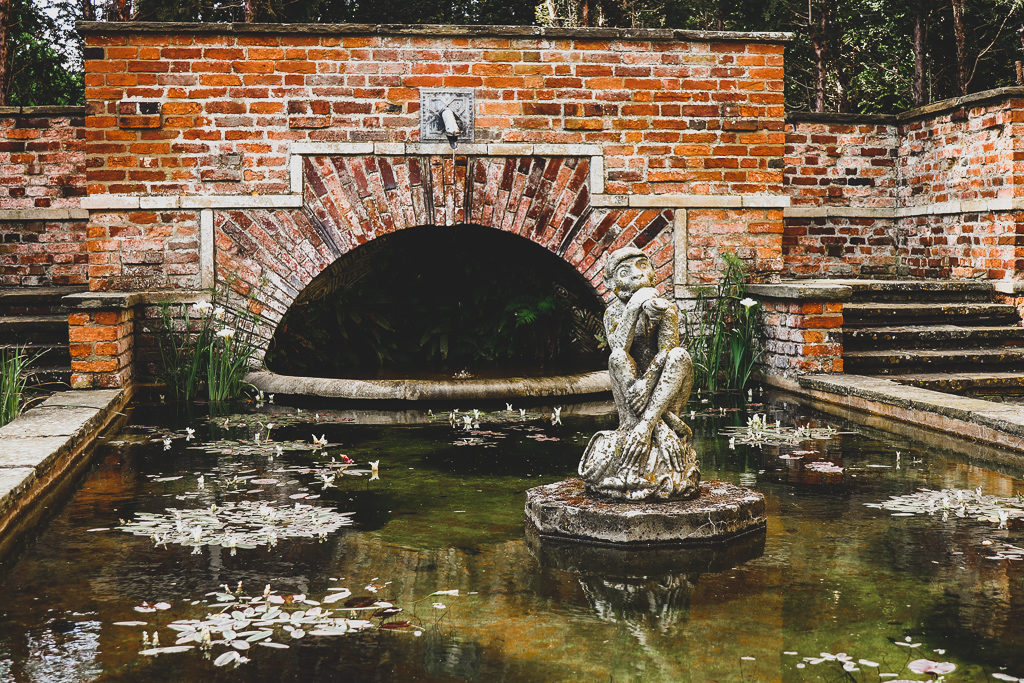 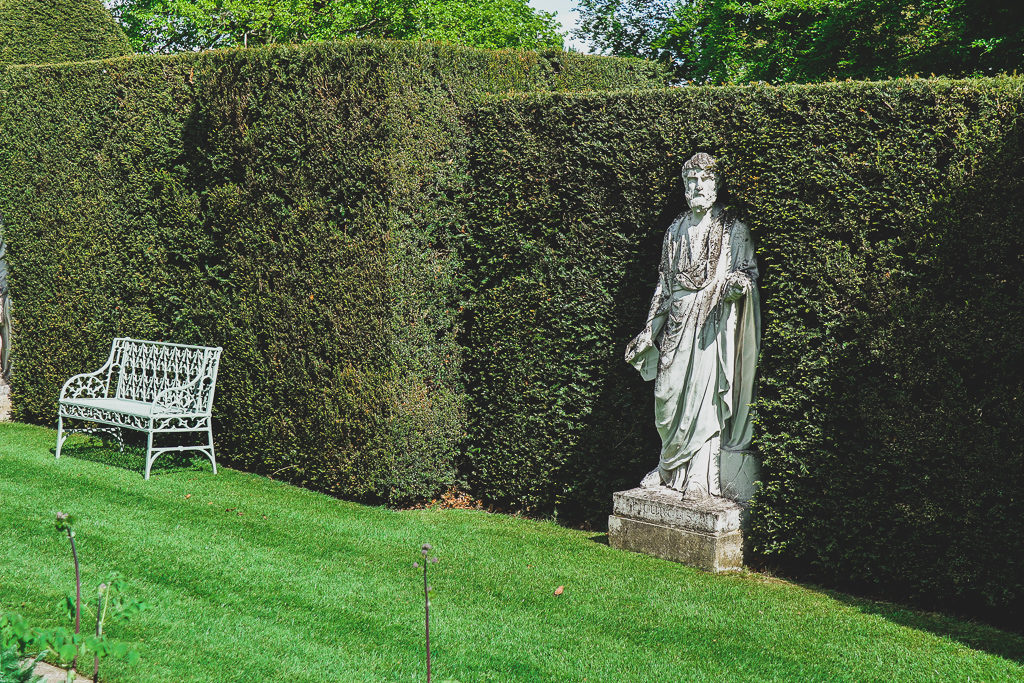 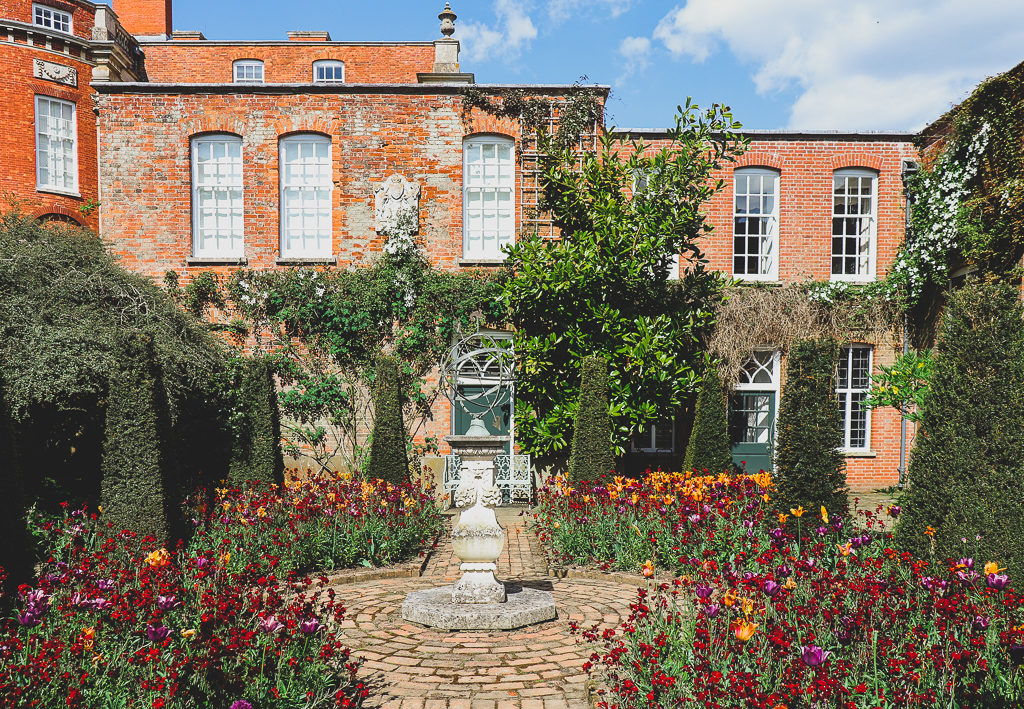 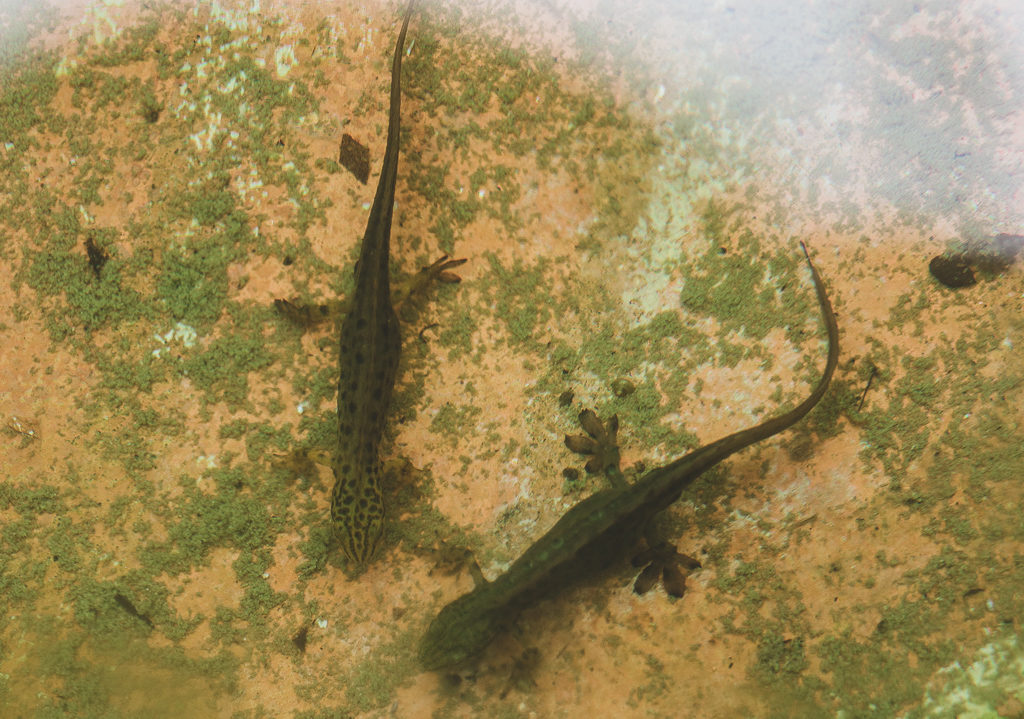 Garden designers and landscape architects who participated in making the garden look the way it is today are Sir Geoffrey Jellicoe, Dame Sylvia Crowe, James Alexander-Sinclair and Arne Maynard. I’m sure you’re familiar with these names if you’re into this topic 🙂

Just about 5-7 min drive from the estate to the southeast, at Brixworth, you can find the All Saints’ Church. This is exactly the church the manor looks upon.

All Saints Church is an absolutely unique example of remains of the Anglo-Saxon architecture dating back to the 7 century AC!

Later other architectural elements of different styles were added to it. Pay attention to the Brixton Eagle near the entrance which dates back to the Roman times as well! 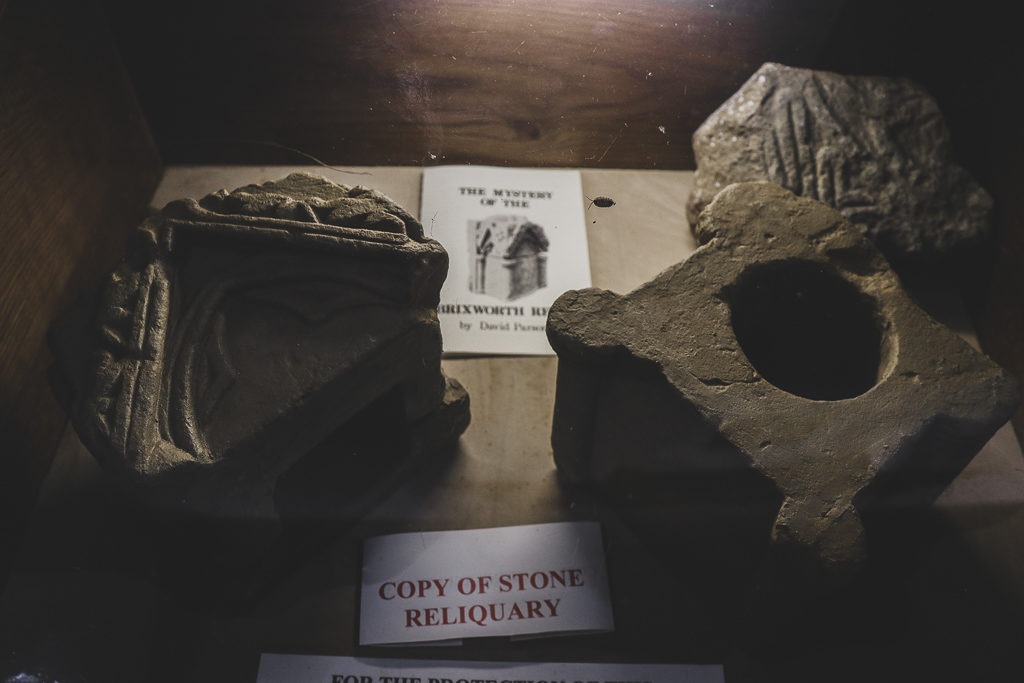 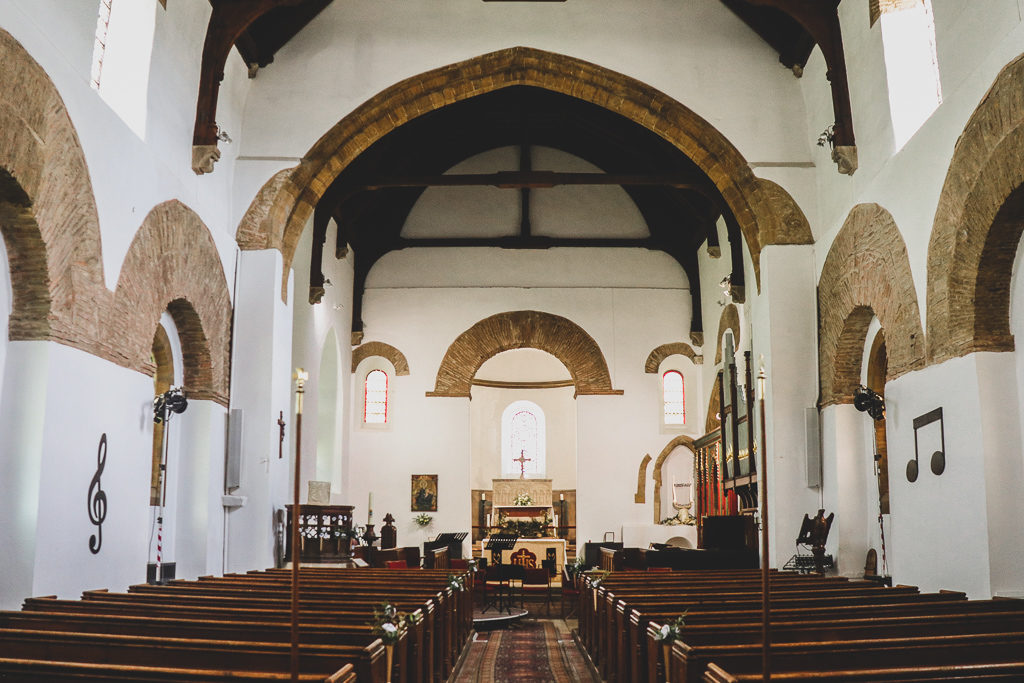 Beautiful I have visited here a few years ago my family of Langhams lived nearby. Great photos.